On the podcast this week, we’re joined by Yinka Illori, an artist and designer whose colourful, pattern-filled work brings a joyful approach to a broad range of disciplines, from furniture design and architecture to exhibition design and graphics. Looking back over his career, Yinka tells us about the hustle he inherited from his parents, answering client emails from his job at Marks & Spencer and the point he nearly gave it all up. Listen in for his advice on dealing with money worries and tips on how to stay motivated when you’re waiting for your big break. 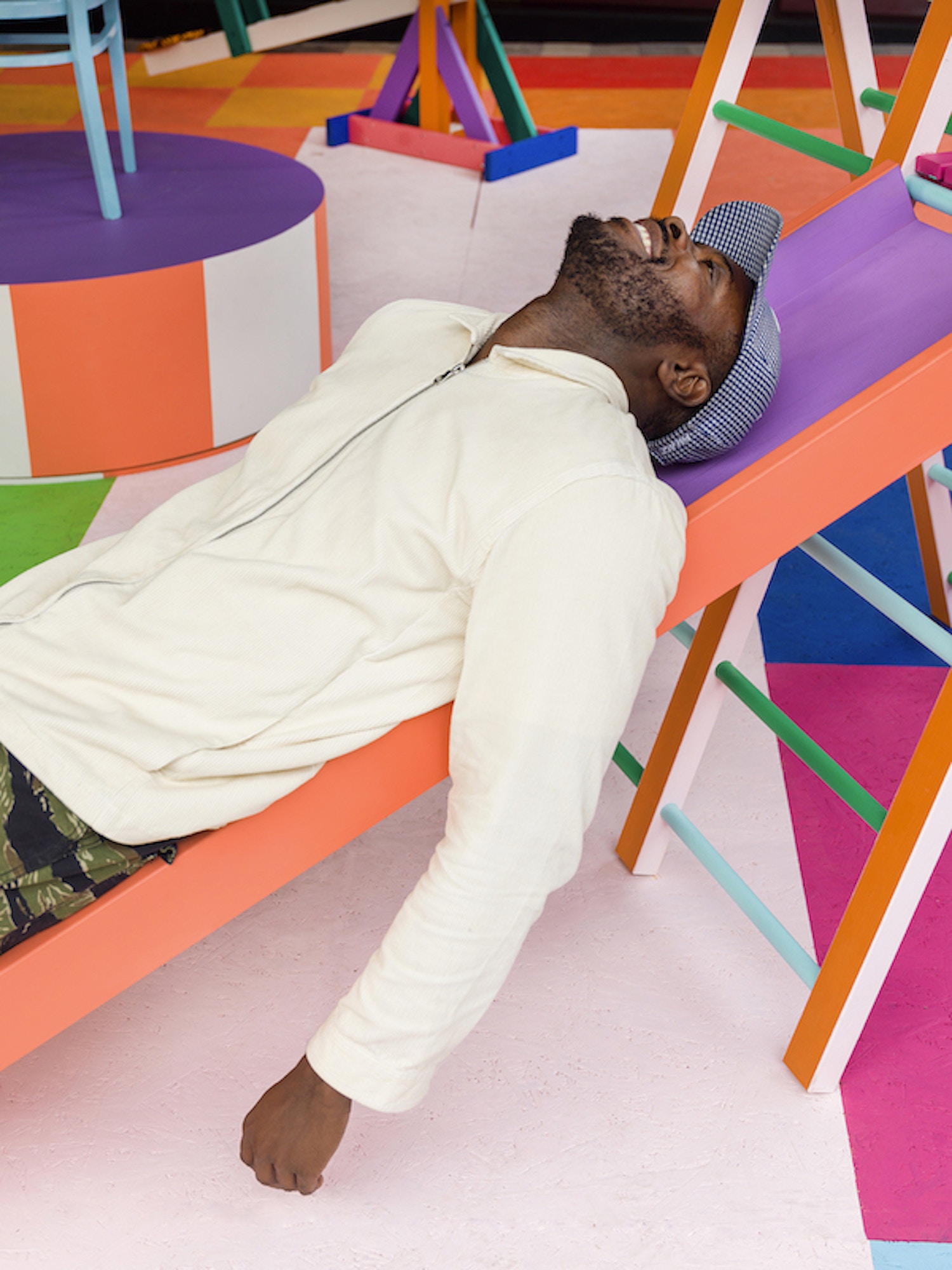 After graduating in Furniture and Product Design at London Metropolitan University in 2009, Yinka started his career up-cycling chairs and table to create one-off, covetable pieces. Today you’re just as likely to find him creating idents for ITV or giant, immersive installations as working with upholstery and paint. What brings together his diverse practice is a sense of play and a joyful use of colour and pattern, something that’s instantly recognisable as his, and is, in part, inspired by his Nigerian heritage. But this wasn’t always the case.

“I struggled during my degree learning how to bring my culture into my work; I didn’t feel that we were encouraged to look at non-Western sources of inspiration.”

Growing up on a north London estate, it took Yinka ten years of hard slog before he began to get paid properly for his work, using jobs in retail to supplement his income. In fact he used to answer client emails from his job at Marks & Spencer, pretending he was at his studio. Some employers were flexible around his ambitions but one made him choose between a design commission and a stable job. Terrified, he chose design and it was best decision he’s every made.

2019 has been a huge year for Yinka. In June he was commissioned to create the exhibition design for Somerset House’s Get Up Stand Up Now, a show that celebrated the past 50 years of Black creativity in Britain, while in June he made a 10-metre-high pavilion for Dulwich Art Gallery with Pricegore architects, inspired by the Balogun market in Lagos. A significant milestone came in July, when Yinka launched his first public design commission, Happy Street – a smile-inducing tunnel comprising of bright type and 56 patterned enamel panels in London’s Wandworth.

“For anyone that wants to make it, the key thing is respect and hard hard work, don’t expect it to happen over night, you have to put the work in.”

But despite 2019 being his best year yet, Yinka still has moments where he gets creative block and running a small studio of three also brings its challenges. “Always be honest with yourself, be true,” he advises. “You might have an idea in your head… other people might think you’re crazy and that it won’t work. But you might just be ahead of the game.” 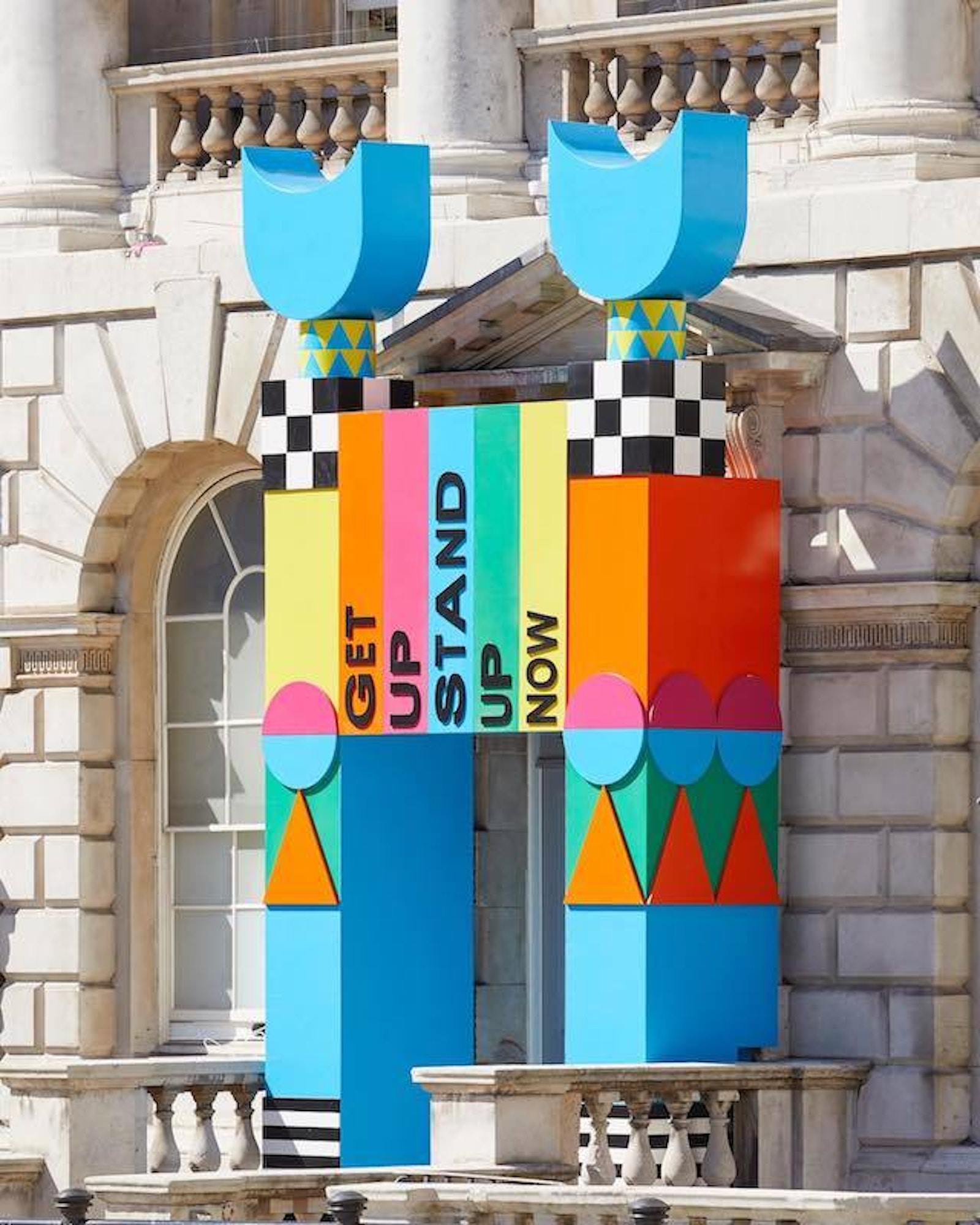 Exhibition design for Get Up, Stand up Now at Somerset House 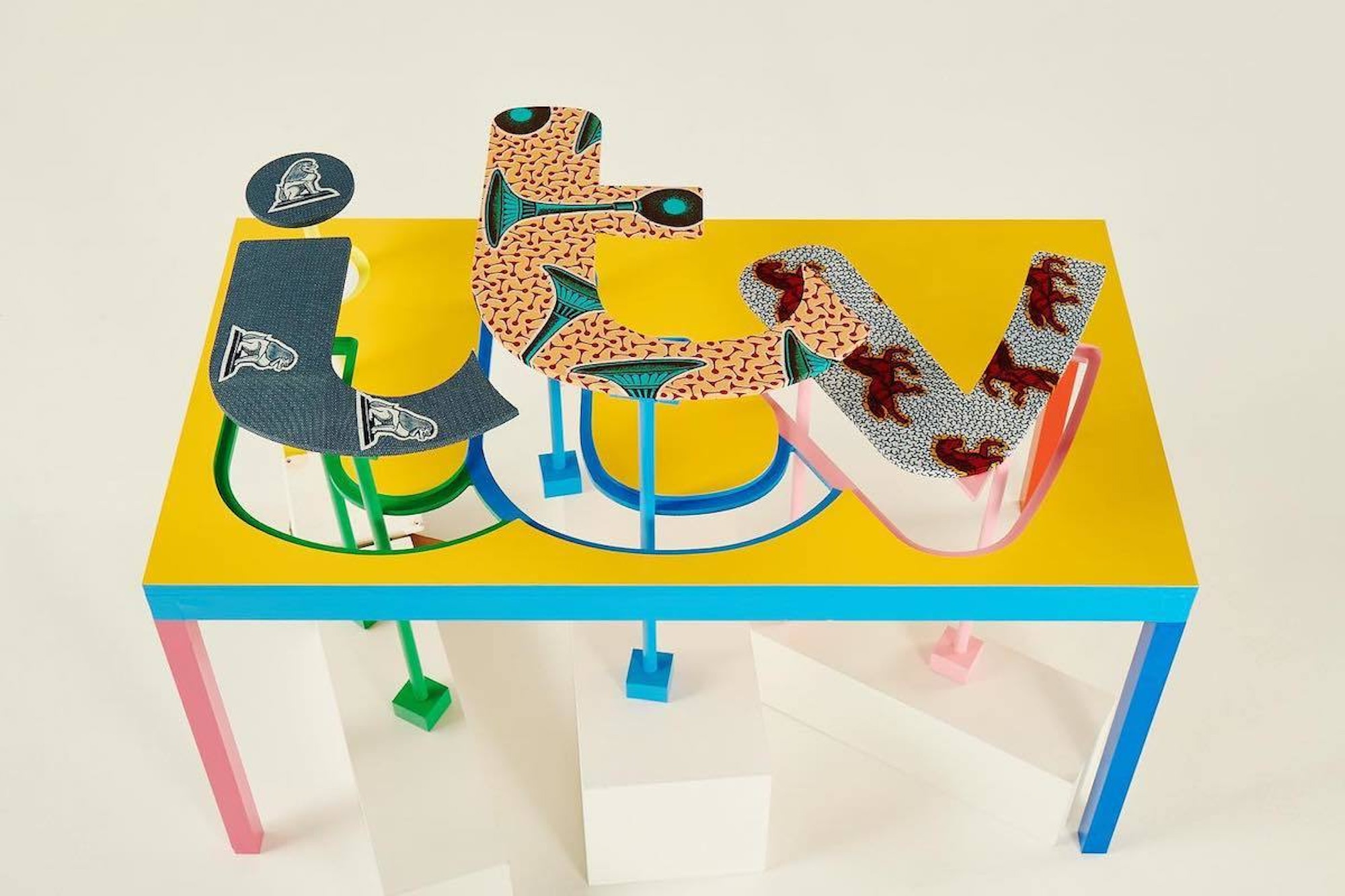 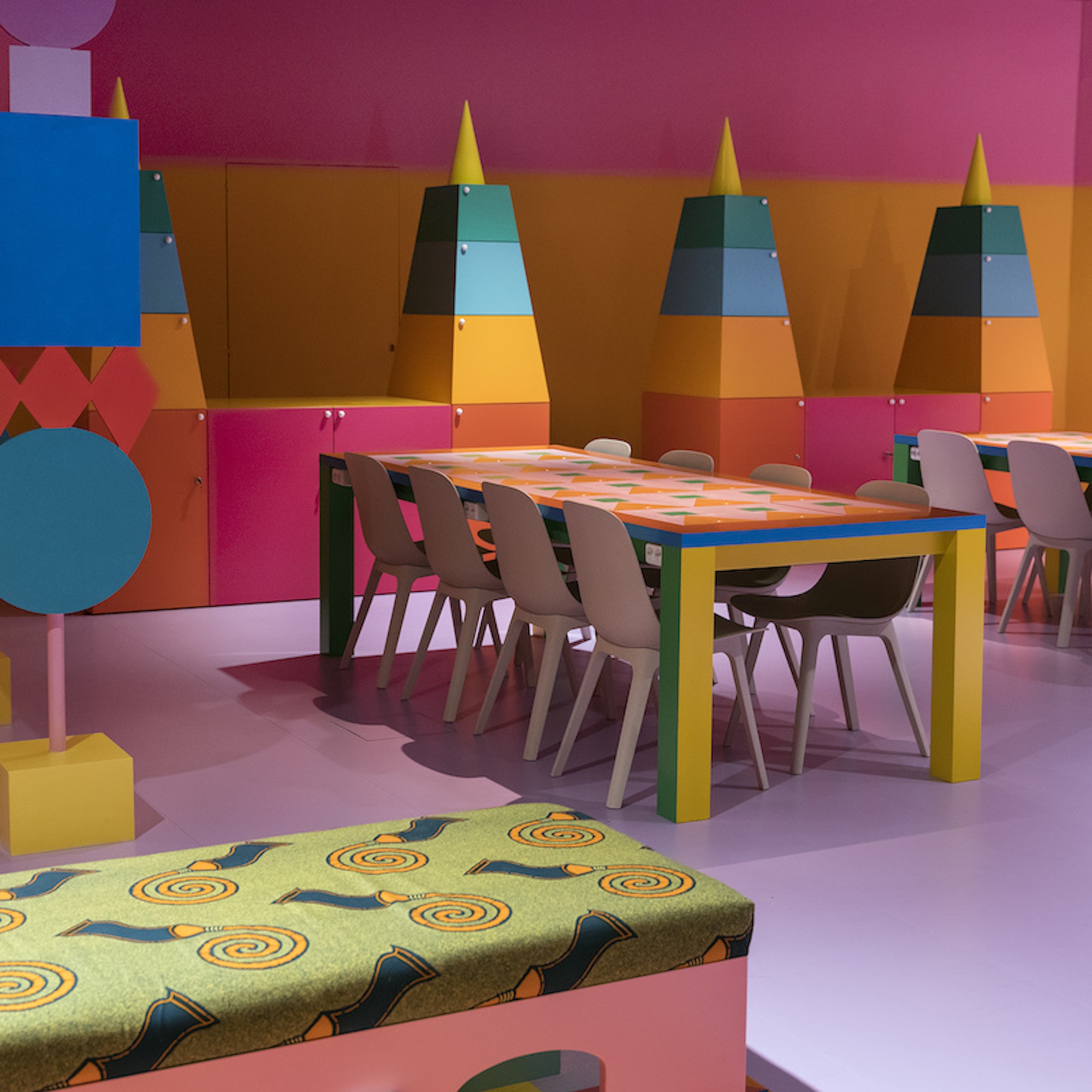 Exhibition design for the Museum of Ethnography in Stockholm 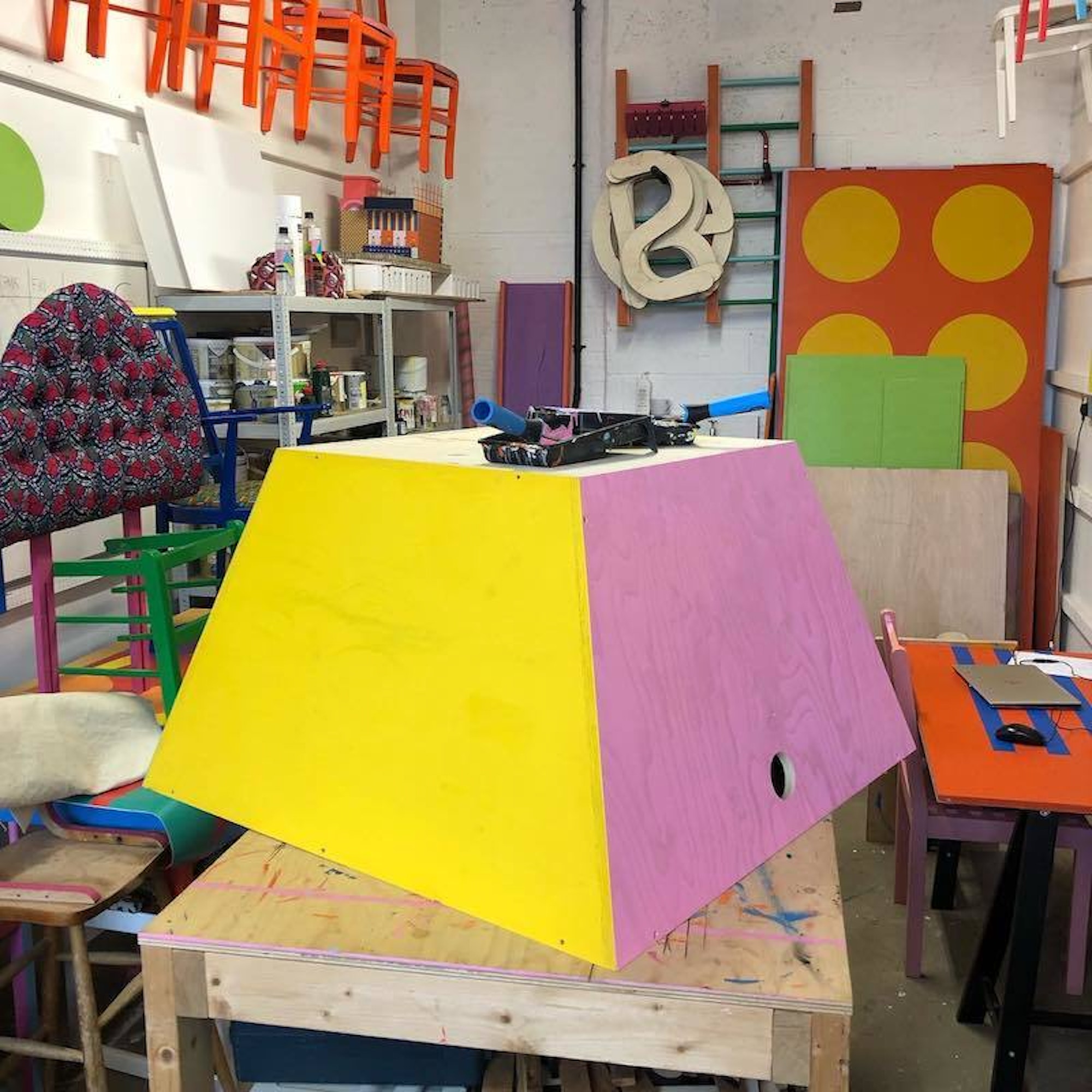 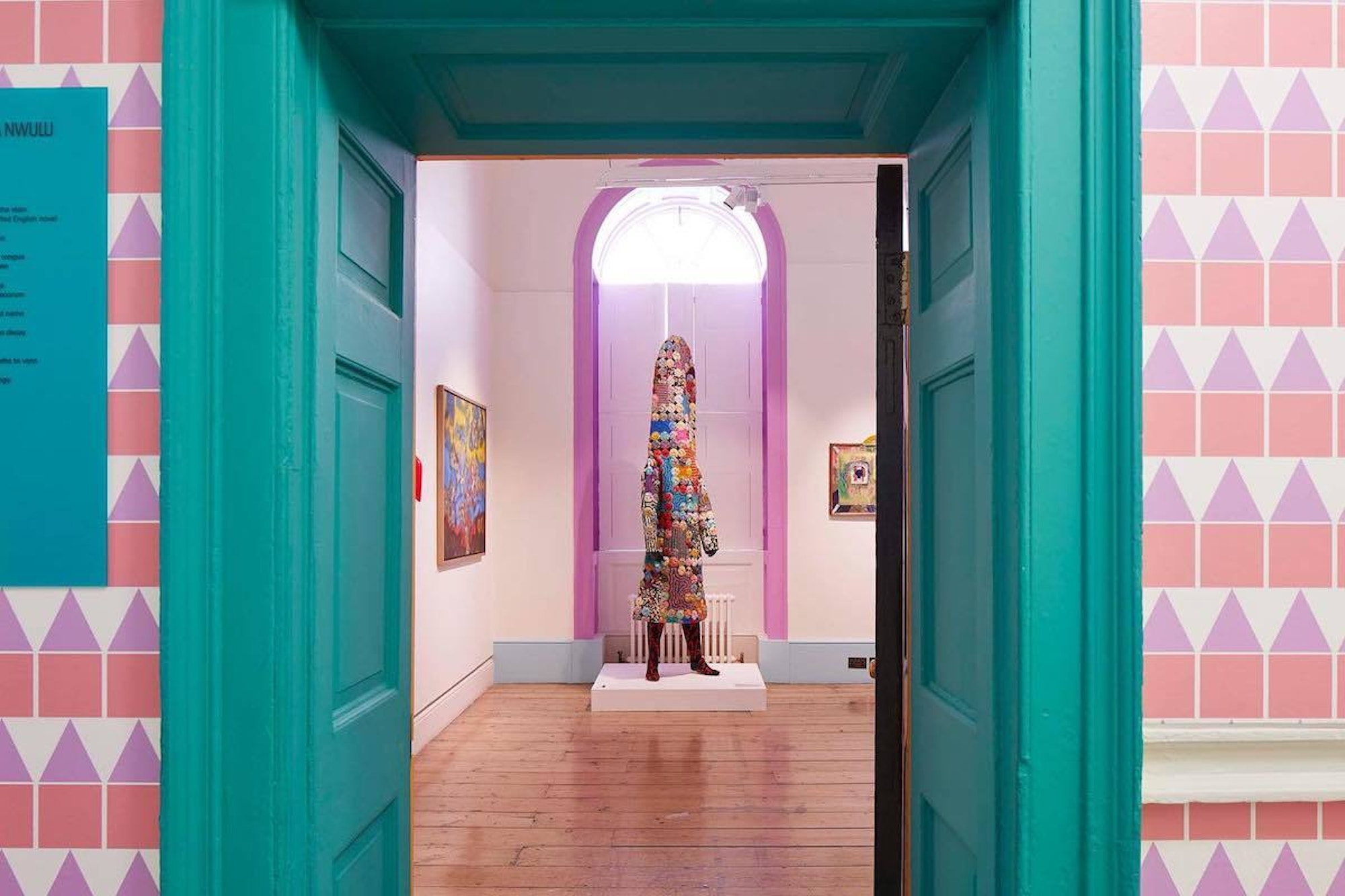 Get Up, Stand Up Now at Somerset House 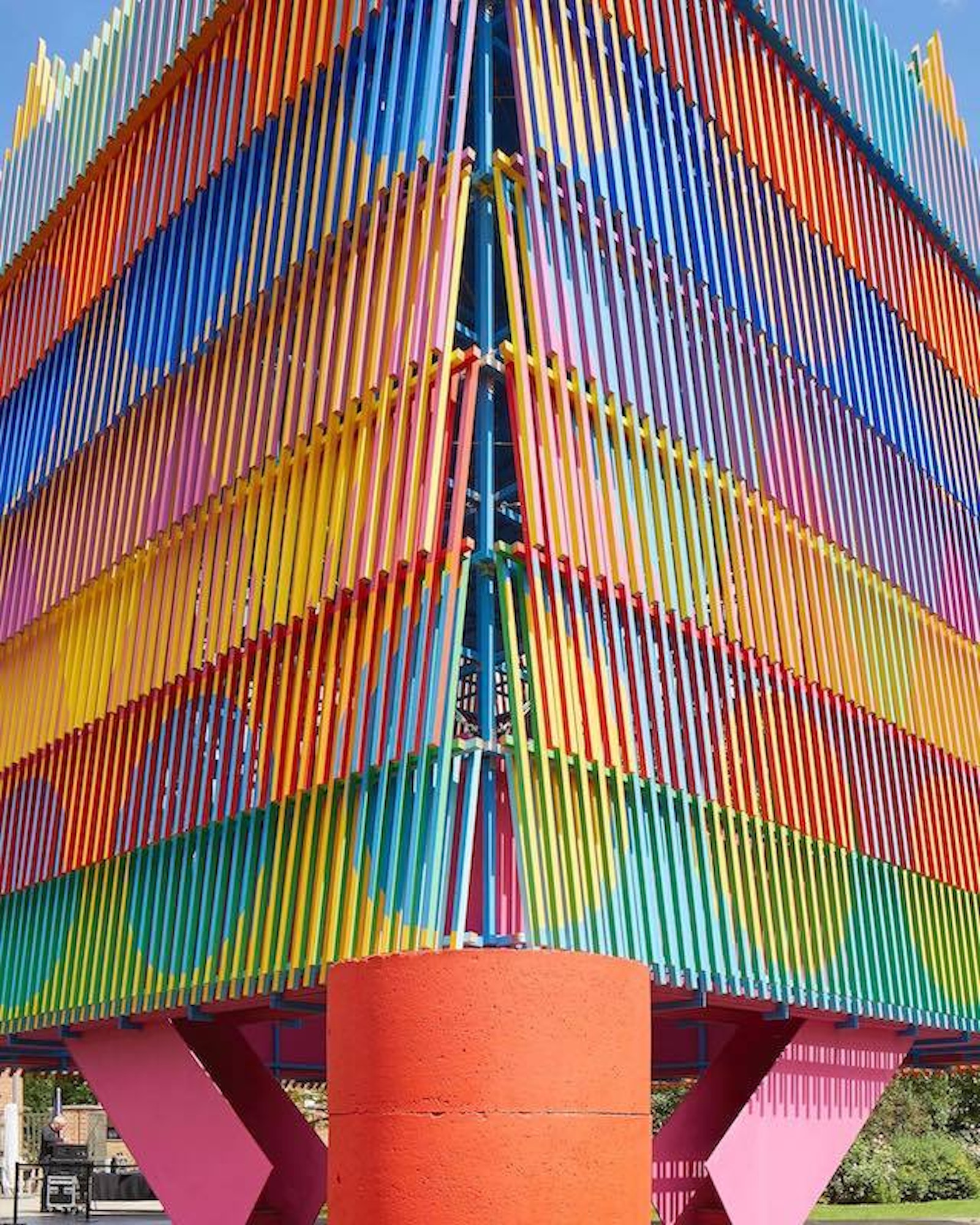 The Colour Palace (Dulwich Pavilion) by Yinka and Pricegore architects

Recent grad and graphic designer Lauren Goodland on balancing a job, social life and business on the side