When feminist publishing company Virago launched in the 1970s, it created a space for esteemed authors such as Murial Spark, Angela Carter and Nora Ephron to put their ideas into the world. So when illustrator Yehrin Tong got the call to design patterns for 13 books for its Virago Modern Classics 40th anniversary celebrations, she knew just how important it was for her to nail her dream brief. But ‘the one’ never comes when it’s convenient – Yehrin had to juggle the project with maternity leave and a new side project, so to speak. Here she talks to us about how unbound enthusiasm can lead you away from what you’re good at, and the thrill of getting a 35-year-old book back into the bestsellers list.

I was approached by Virago to work on my dream job to design 13 beautiful full cover pattern designs to celebrate the Virago Modern Classics 40th anniversary. Earlier in the year, I had been commissioned to produce a separate full-cover pattern for their Writers As Readers hardback anthology. The art director had come across my work and thought my style would be perfect for producing a pattern featuring the Virago apple logo. The design made the apple the main focus and thus celebrates the brand’s heritage and legacy. The pattern has since been used throughout the VMC 40th anniversary publicity campaign.

From the success of that pattern, I was then commissioned to produce the 13 paperback book cover series. On previous covers, they had featured historical textile designs but this time decided to celebrate the work of a contemporary illustrator. As my work is modern, versatile and incredibly intricate, Hannah [Wood, art director at Little, Brown Book Group] thought this suited a broad range of titles and themes perfectly. It was a dream job in so many ways. An ideal brief, to produce covers that celebrate 40 years of Virago changing the literary landscape with a mission to champion women’s voices.

The final covers together

Hannah wanted to escape the tradition of a type box sitting over the top of a pattern, so the brief was to create repeat patterns with the specification that space for copy is worked into the designs. I was also asked to interweave the Virago green into the covers as a nod to Virago’s past. I was provided with a template consisting of diamond-shaped type boxes that would give the covers a consistent layout. I took the template and then further developed an intricate grid system that accommodated tessellating patterns. The tricky part was designing patterns that would also leave perfect borders around the type once the diamond shaped areas had been cleared.

The template was divided into so many sections that I ended up with an unusual layout where the main objects were cut off at the edge of the covers. This was the only area where the main object would show up large enough to be visible in thumbnails online. I think this limitation, as restrictive as it was, gave such a unique look to the series.

The grid system evolving into a pattern

I was given some key elements to feature on the covers by the editor, but was otherwise given free reign, so I took it as an opportunity to try experimenting with different methods and approaches to pattern-making for each book. I researched the eras the books are set in and made mood boards for each cover to get a general vibe of what I was aiming for.

I’m always daydreaming about the past, so I was able to indulge in my obsession with fashion, art and film from decades ago. I made sure to reinterpret the references with a modern approach and not be too literal with them. It was important that these covers had some twist of my style.

“I’m always daydreaming about the past so I was able to indulge in my obsession with fashion, art and film from decades ago.”

I began by researching vintage patterns, sourcing Art Nouveau to suit the Neo-Victorian setting in The Magic Toyshop and looking at vibrant dress fabrics from the 1950s and 1960s for the party atmosphere of The Dud Avocado. I also studyied baroque cutlery and jewellery detail for Heartburn, giving a nod to bold movie graphics of 1950s noir thrillers for Memento Mori and experimented with abstract New York fire escapes to illustrate The Collected Stories. 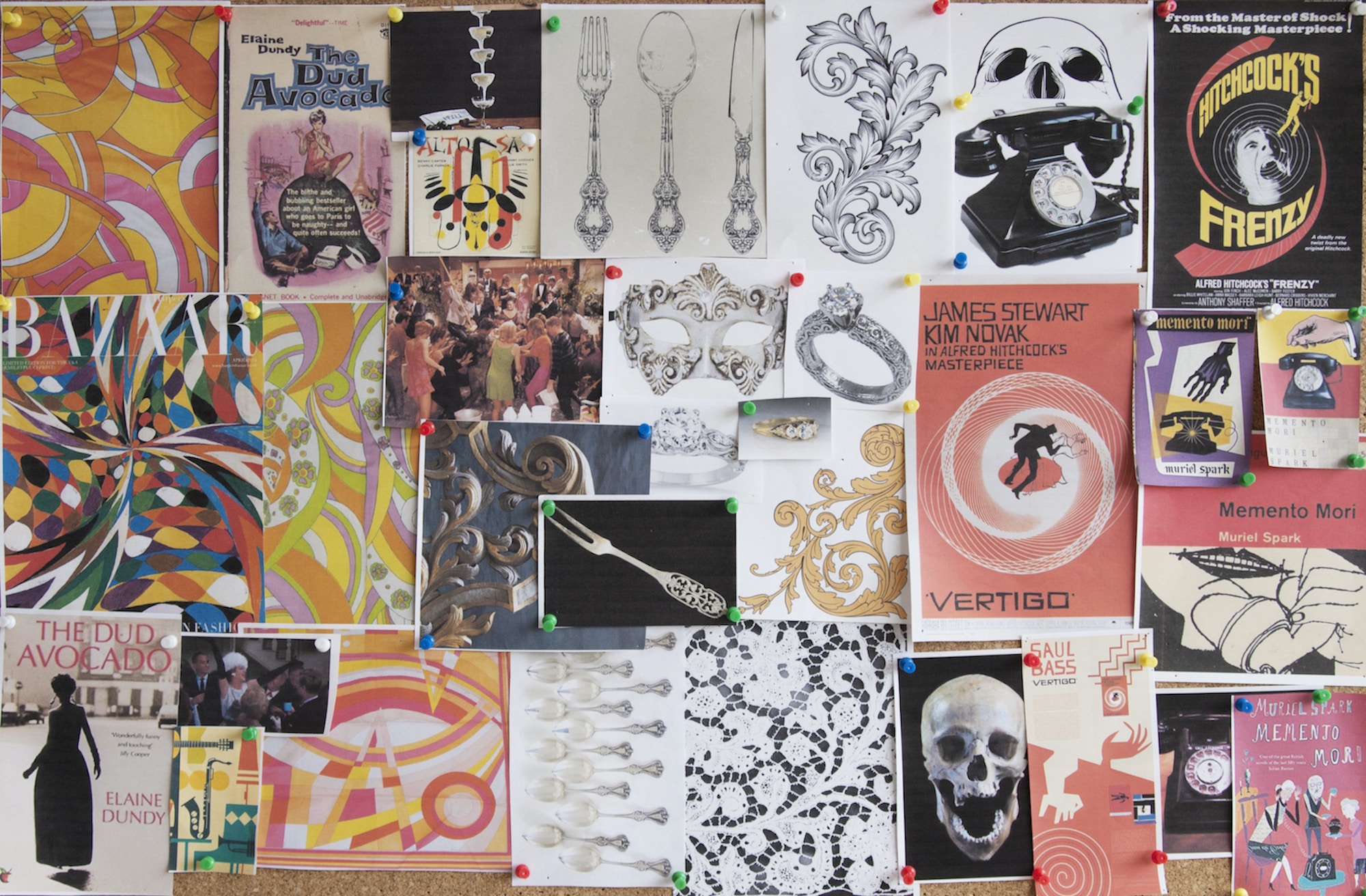 The first rough sketches only took a month or so to complete. But then I had to quickly move onto the computer. The strict structure of the layout meant I had to be more technical in my approach. The symbol tool in illustrator was indispensable in the creative process, as it meant any changes to one section of the pattern would be automatically made throughout. It meant I could see the knock-on effect that any small changes had on the rest of the piece.

I initially only presented one idea for each cover to the art director and they went down really well. Apart from keeping Hannah in the loop, I was left to my own devices and she was largely happy with the direction I was taking the covers. I found it really helpful to check in with her in person as she was able to give a fresh perspective on the series when my head was deep in the complexity of it all.

I got a bit overzealous at times and went off on a tangent, trying out new techniques that didn’t really fit in with my style. There were a couple of covers that were questioned halfway through and rightly so, due to them not having the same feel as the other covers. It was so important that there was continuity across the covers, aside from the layout. I also went a bit overboard with colour which wasn’t in keeping with the knocked-back monotone look of my folio. But I managed to keep some of the bright colour ways on the final covers.

“I got a bit overzealous at times and went off on a tangent, trying out new techniques that didn’t really fit in with my style.” 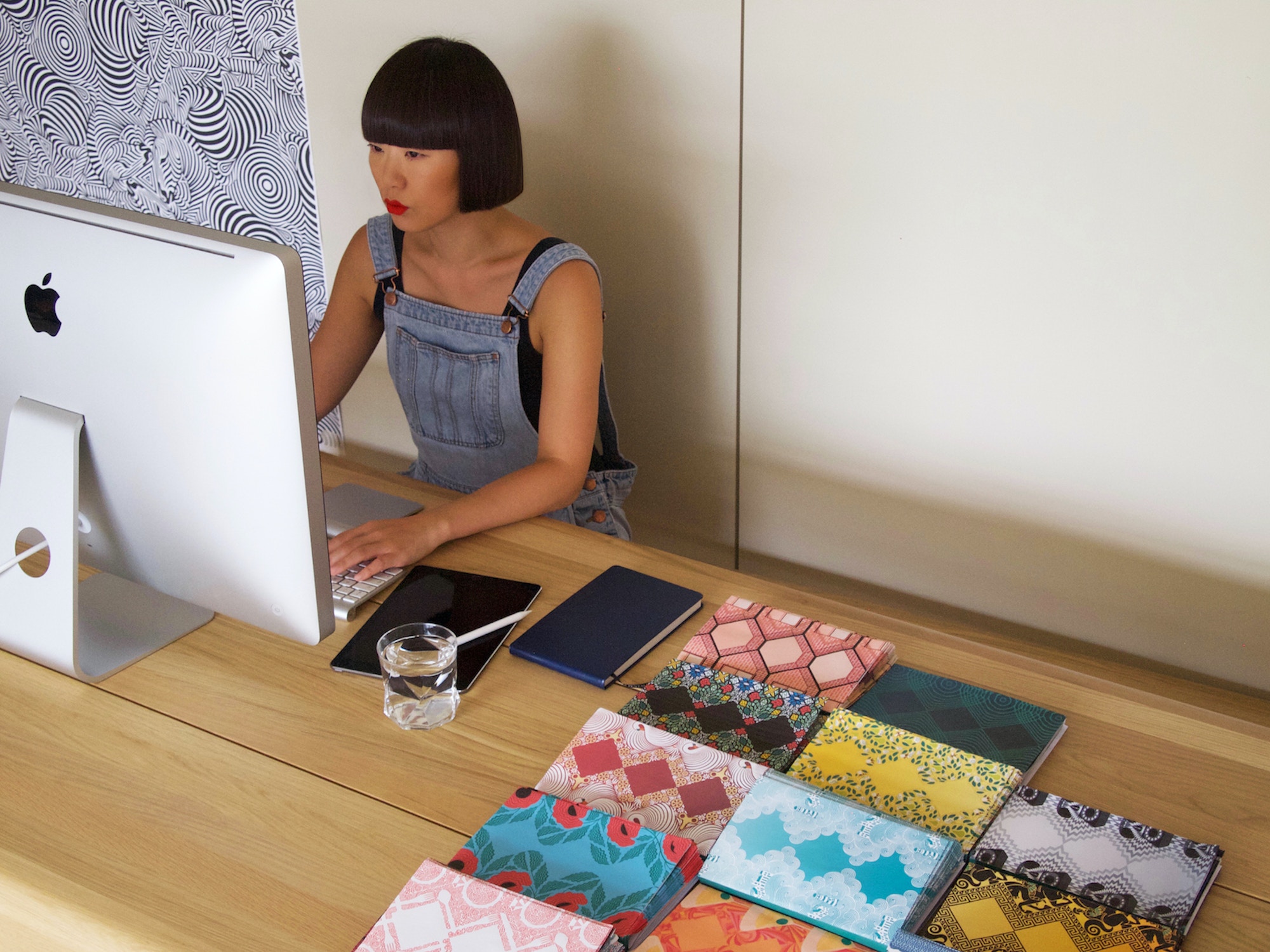 Throughout the process, I often printed and folded the covers into the shape of the final book, to imagine how they might look once they hit the stores. I’m not sure my inkjet printer has forgiven me yet for printing so many of these. I’d also photograph the folded covers to make sure they were social-media friendly. All these aspects needed to be considered now that most things are done online.

I was thrown a bit of a curveball at the end of the project when I was told that foil was going to be added to the covers. I was asked last minute to select elements to be foiled from the artwork. The tricky part was, they weren’t proofing the covers, so it felt like it was being done blindly. However, the production team at Little, Brown Book Group and Hannah were brilliant at directing which parts of the artwork would work well with the foil, and luckily it all came together beautifully to gave it an extra-special finish.

The patterns building up

The final artwork was delivered as layered illustrator files. For me, the biggest challenge of the project was the lack of time. I was essentially still on maternity leave when I took the project on. As much as it was a golden opportunity, it was under the condition that I would be able to work in my spare time. Since I only had time when my child was sleeping, working hours were at best sporadic. Hannah had the patience of a saint and tried to manoeuvre around what I was able to send her. The team at Virago had nothing but empathy and understanding to give this opportunity to me considering my circumstances. I was very lucky that they had faith in me during this period.

“The fact that I felt in some ways overwhelmed during this period meant I was more driven to produce a set of beautiful, playful and vibrant books.”

The response to the books has been extremely positive. The client was incredibly happy with the result and the heart-warming feedback we’ve received on social media has been a rewarding celebration of the VMC 40th anniversary in itself. There were displays in every bookshop I walked into in London and Nora Ephron’s Heartburn was made Waterstones Fiction Book of the Month, and reached number 16 in the paperback fiction chart, which isn’t bad for a 35-year-old book!

Looking back, I don’t think I would do anything differently. The fact that I felt, in some ways, overwhelmed during this period meant I was more driven to produce a set of beautiful, playful and vibrant books. I enjoyed and loved working on this project so much and I hope that’s reflected in the covers. 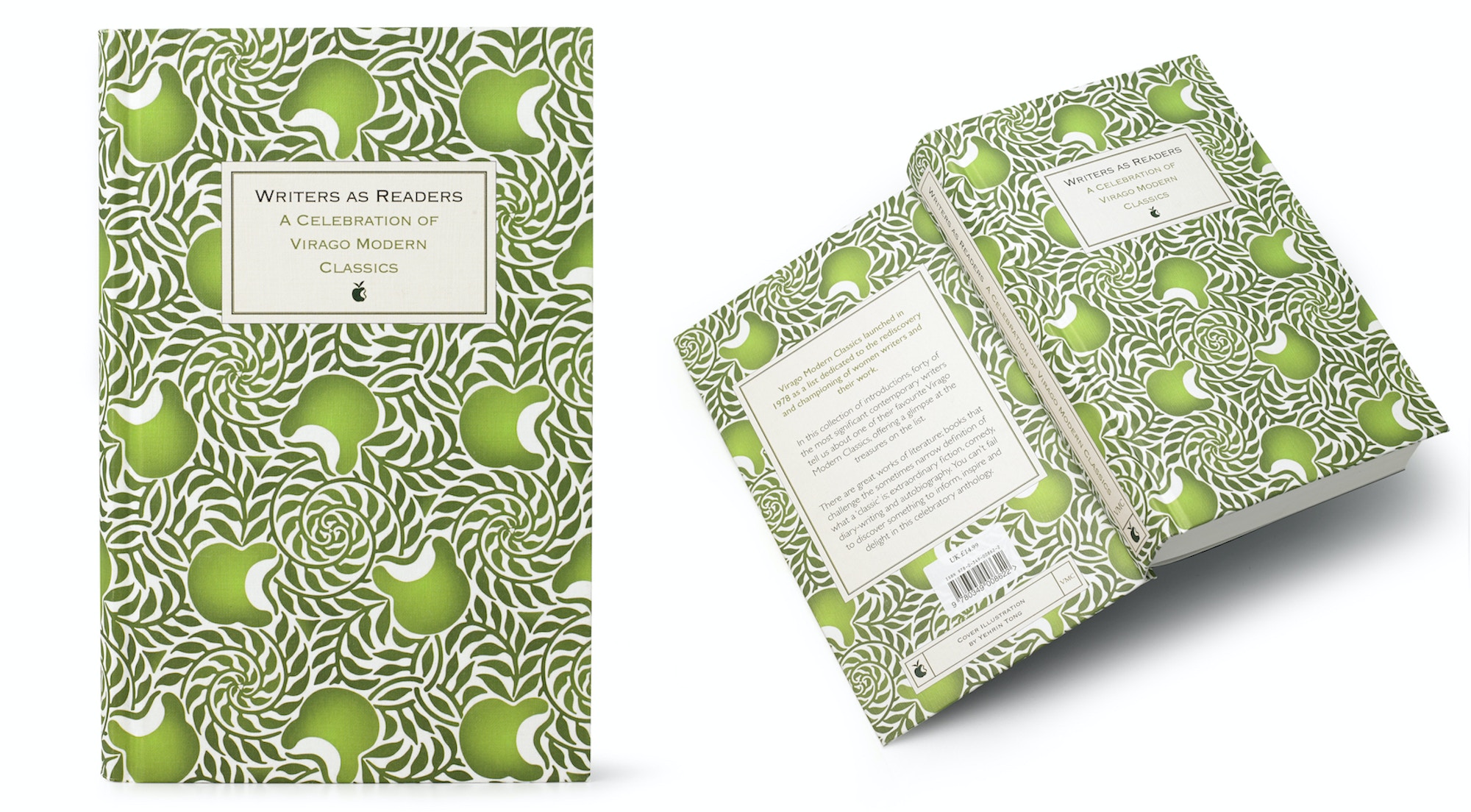 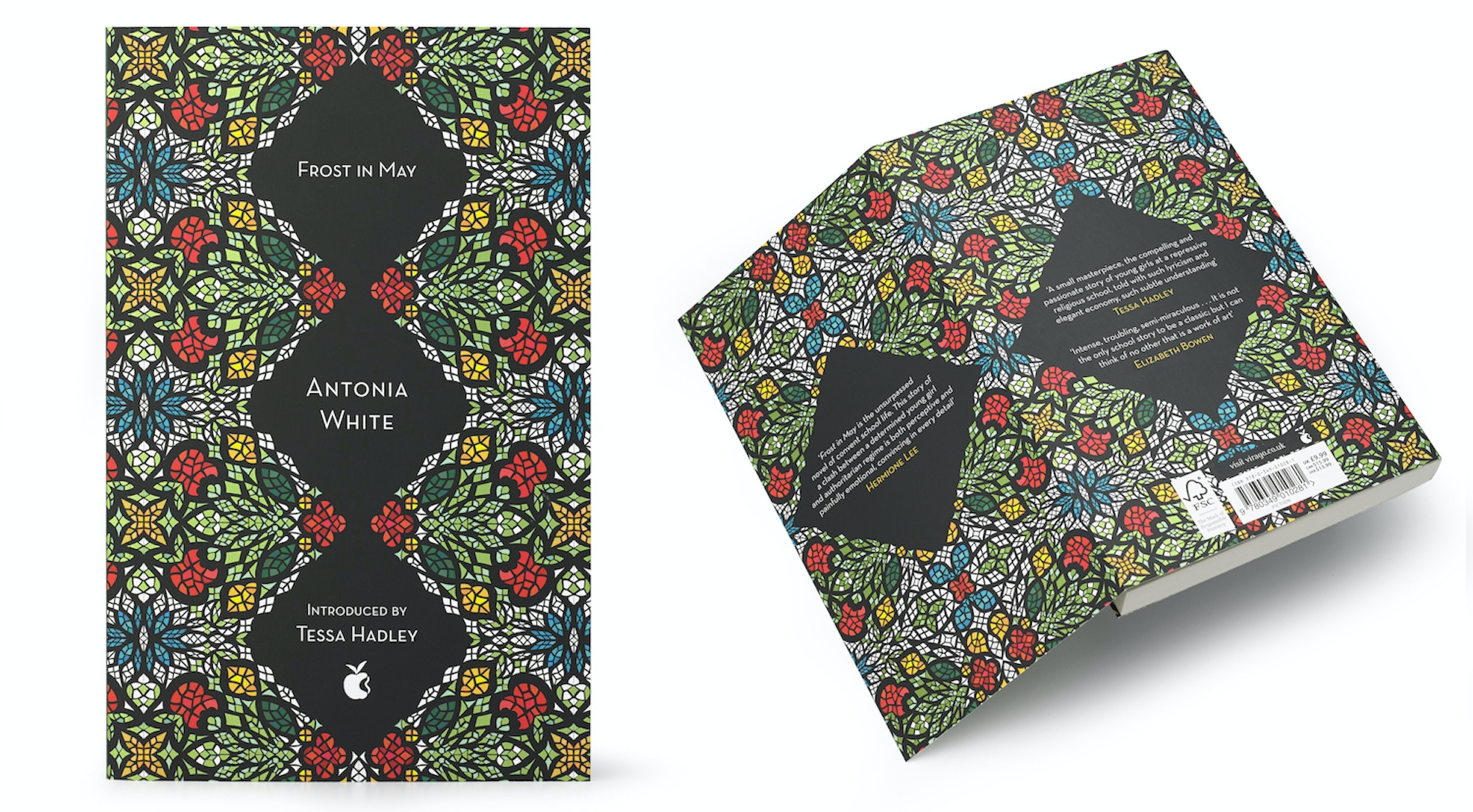 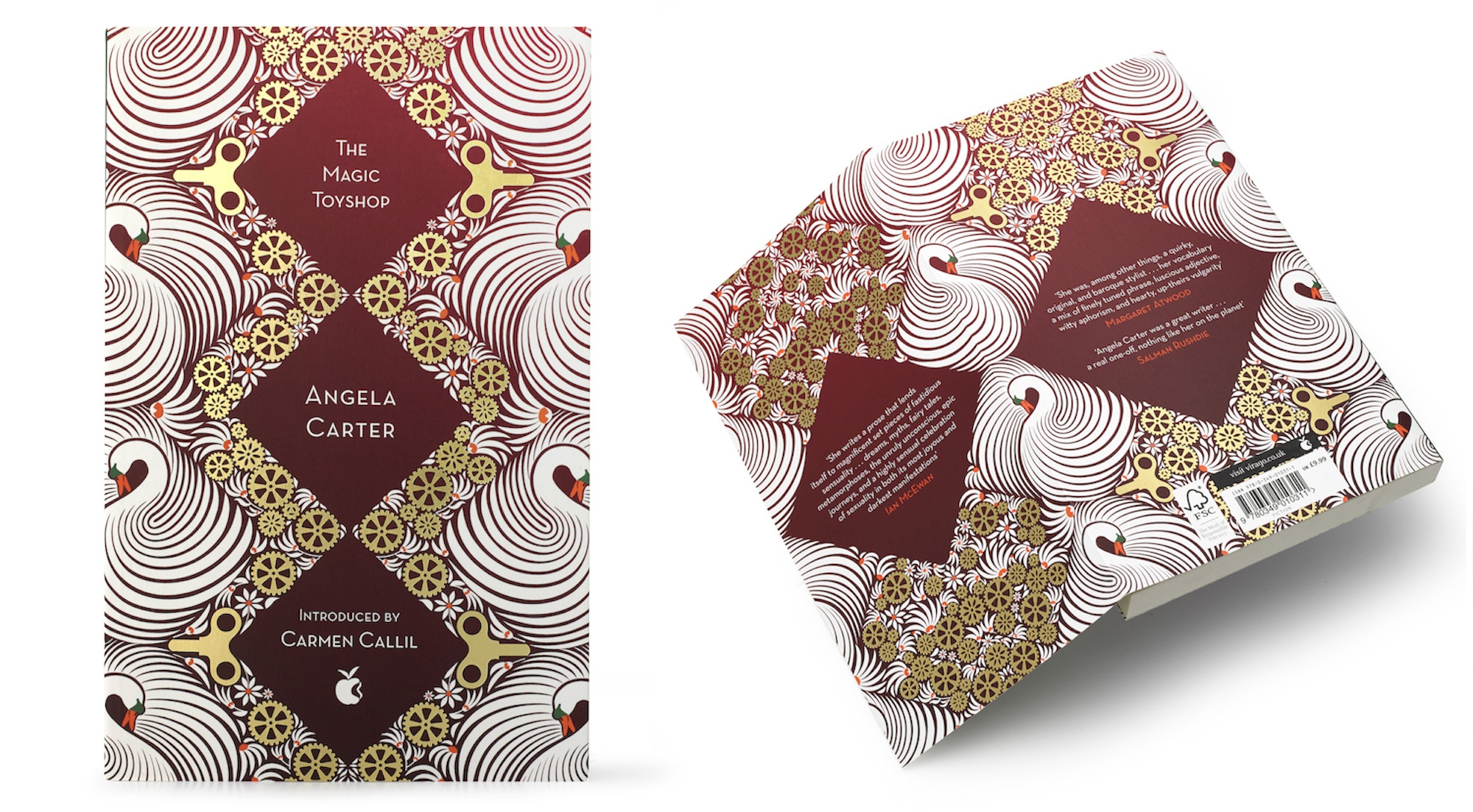 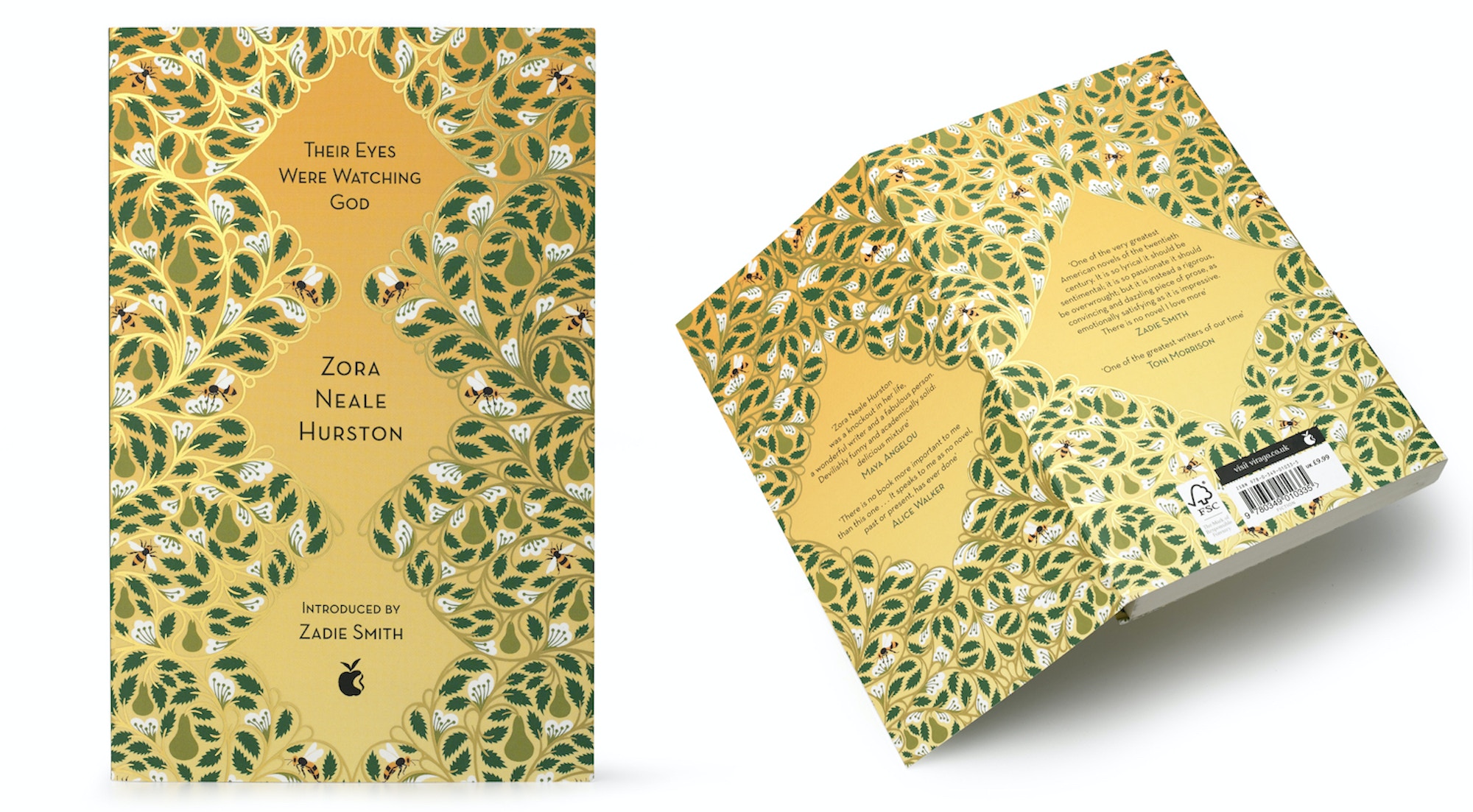 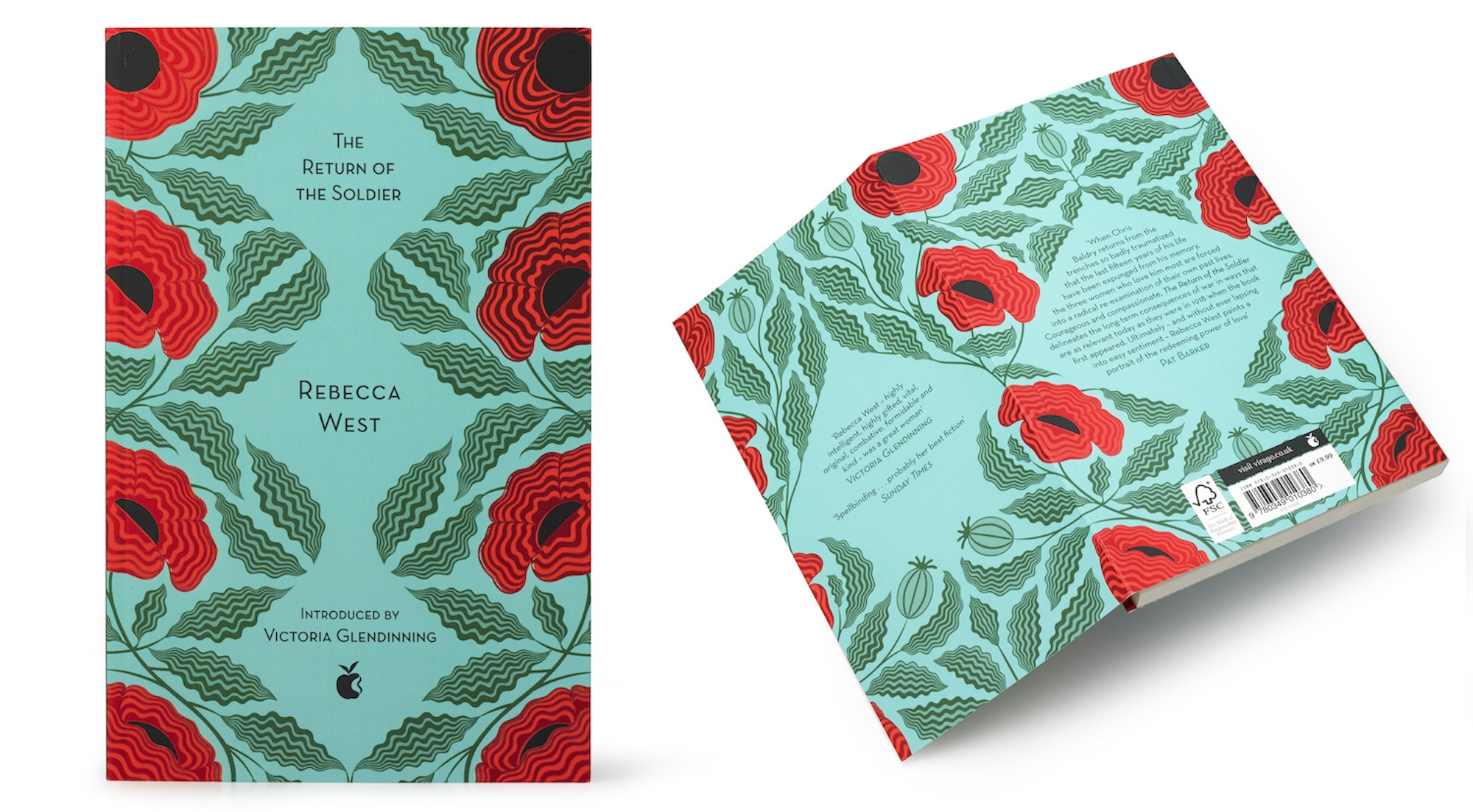 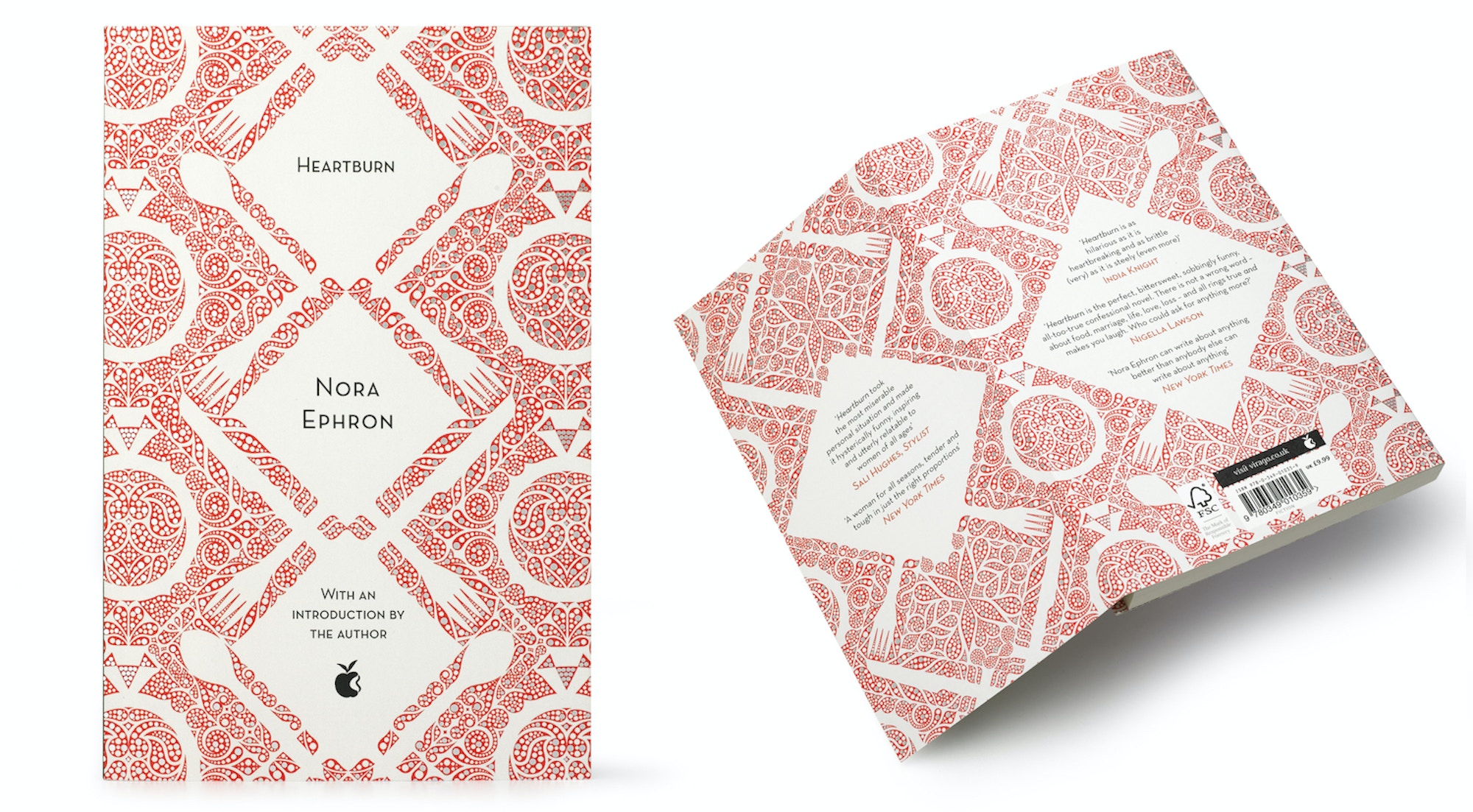 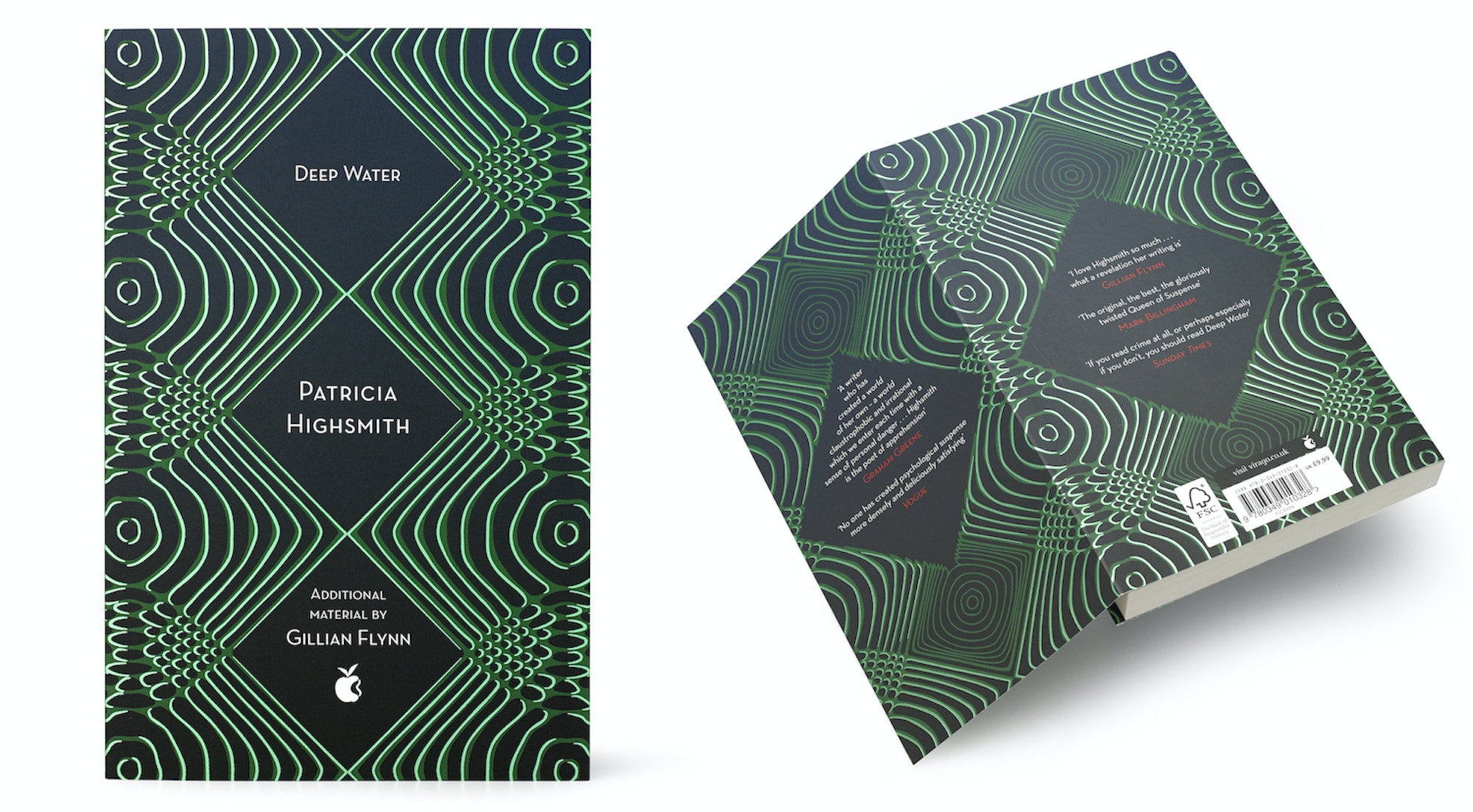 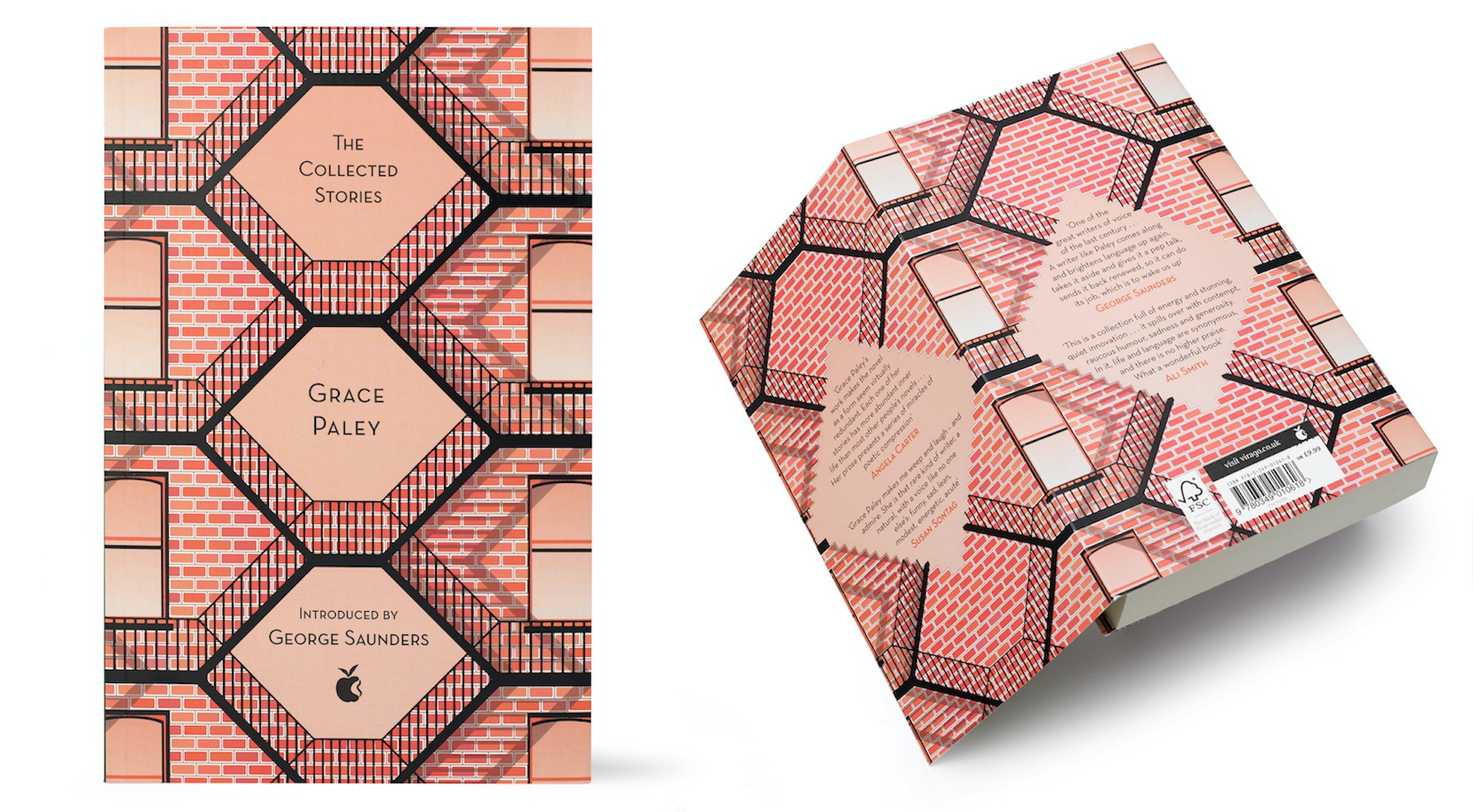 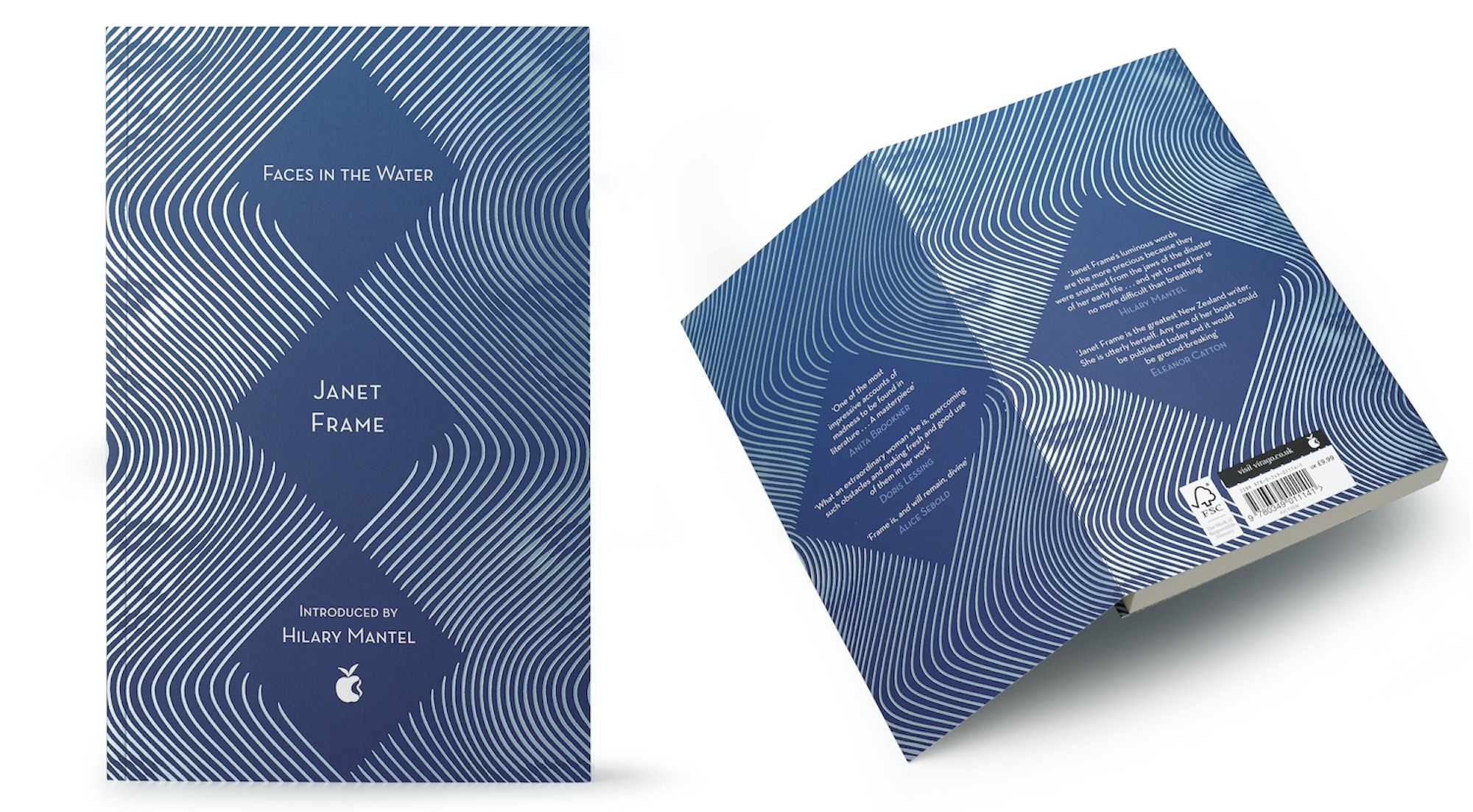 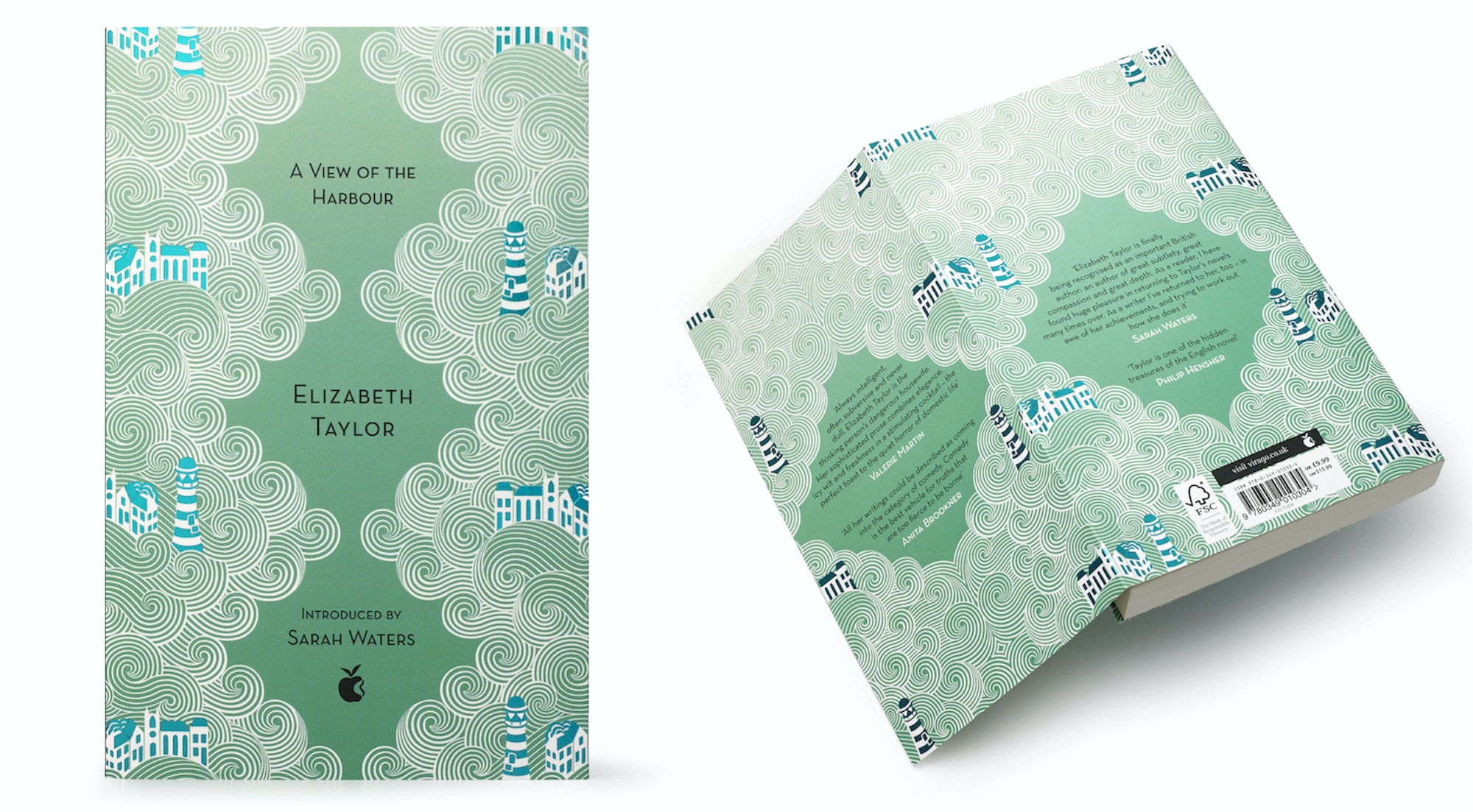 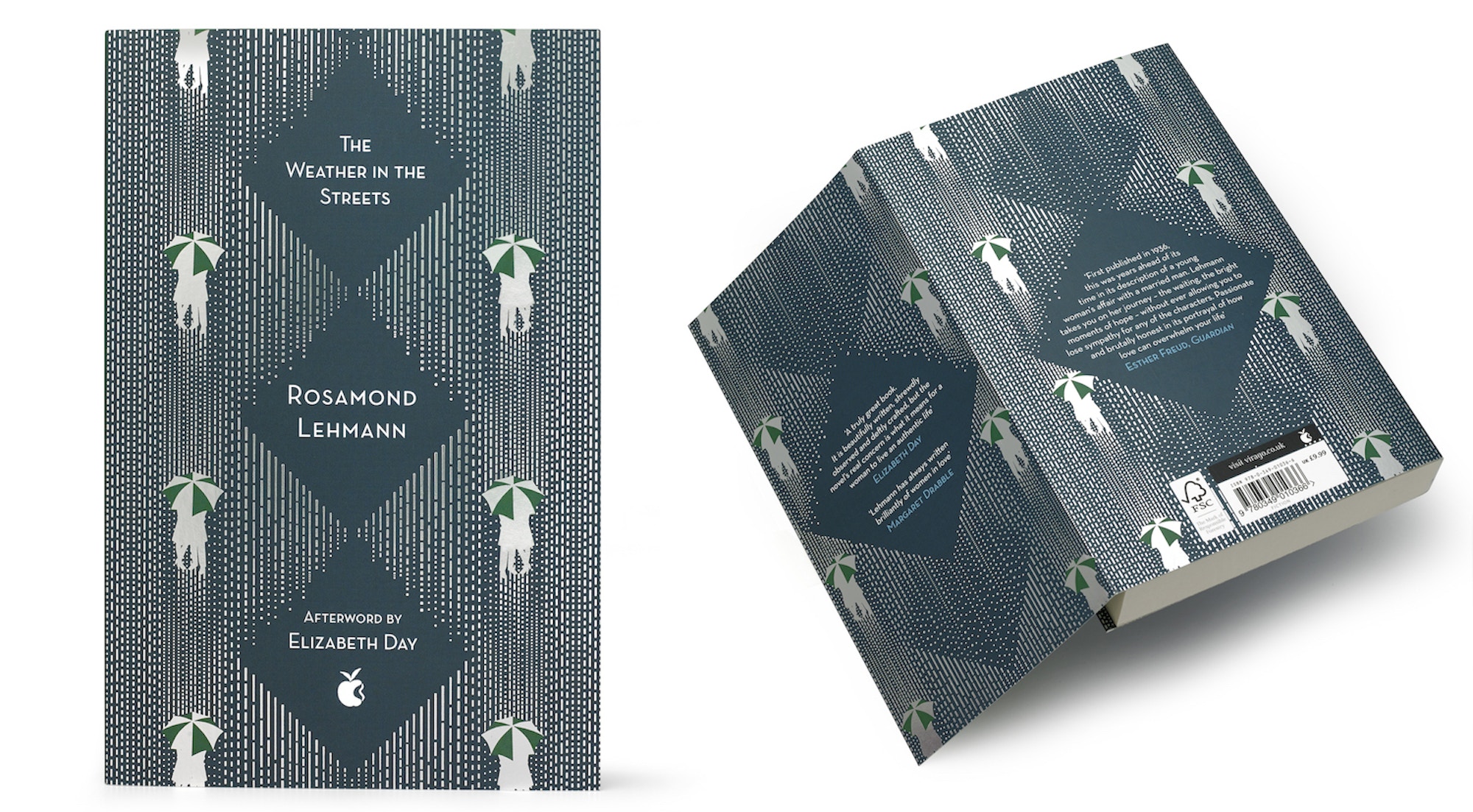 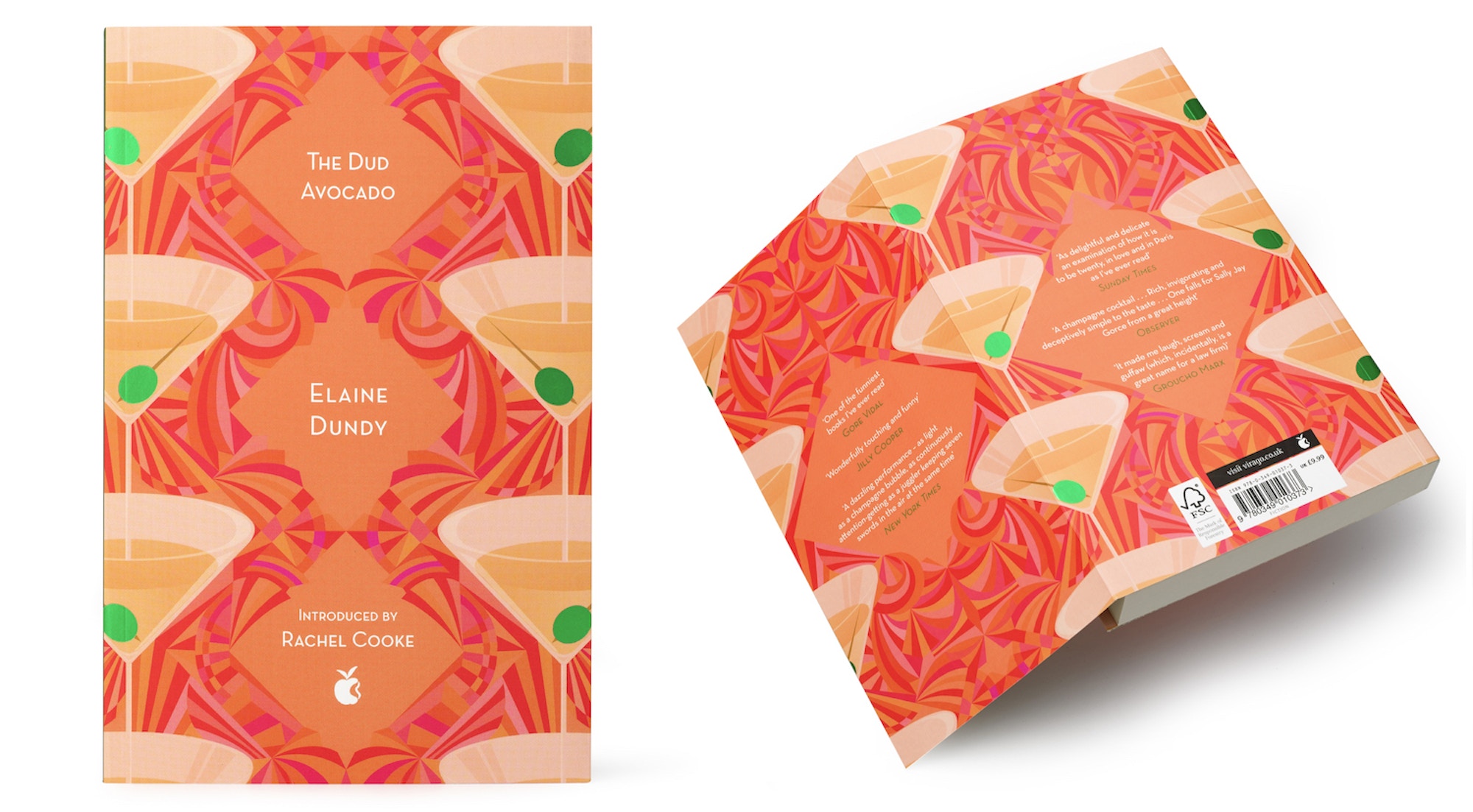 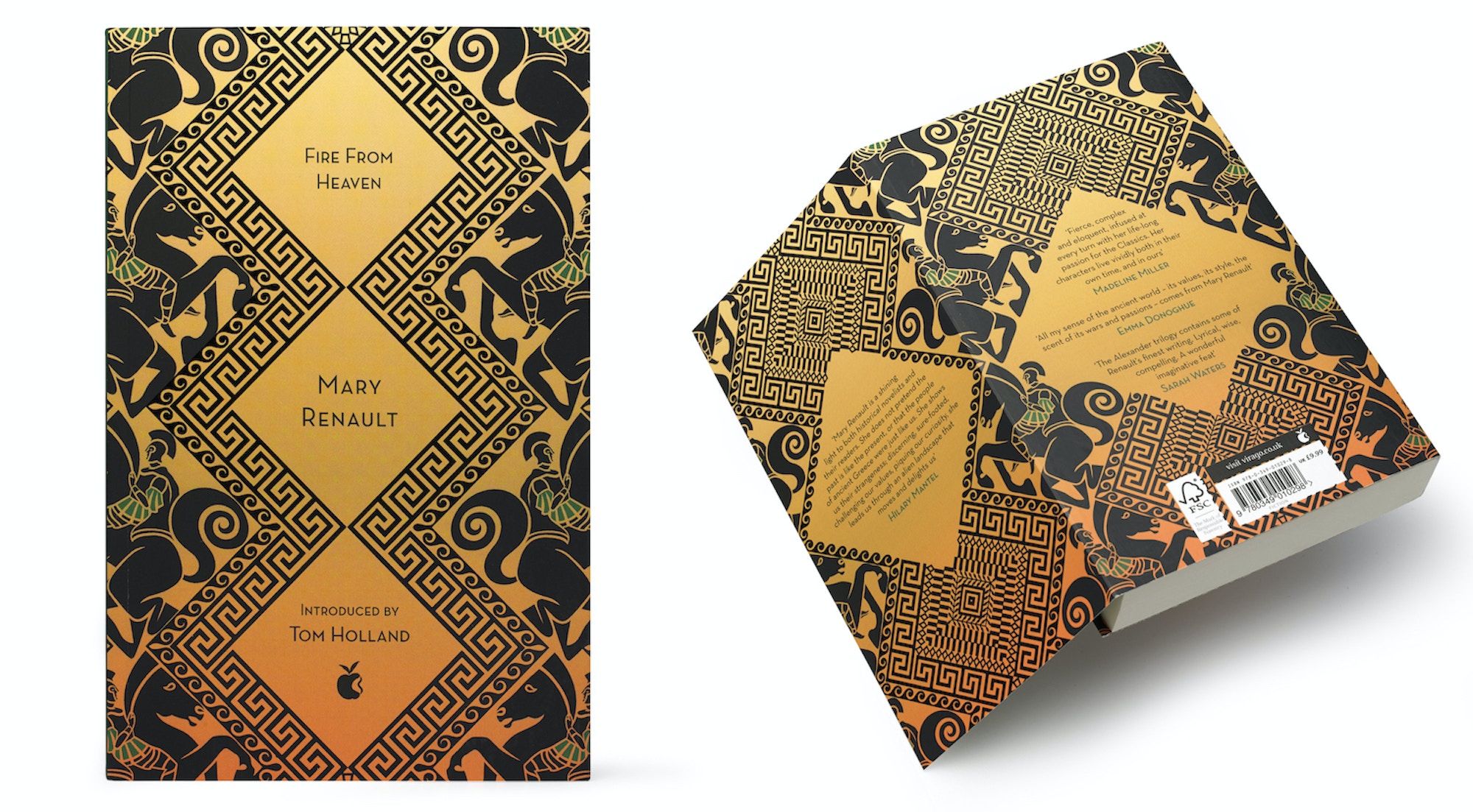 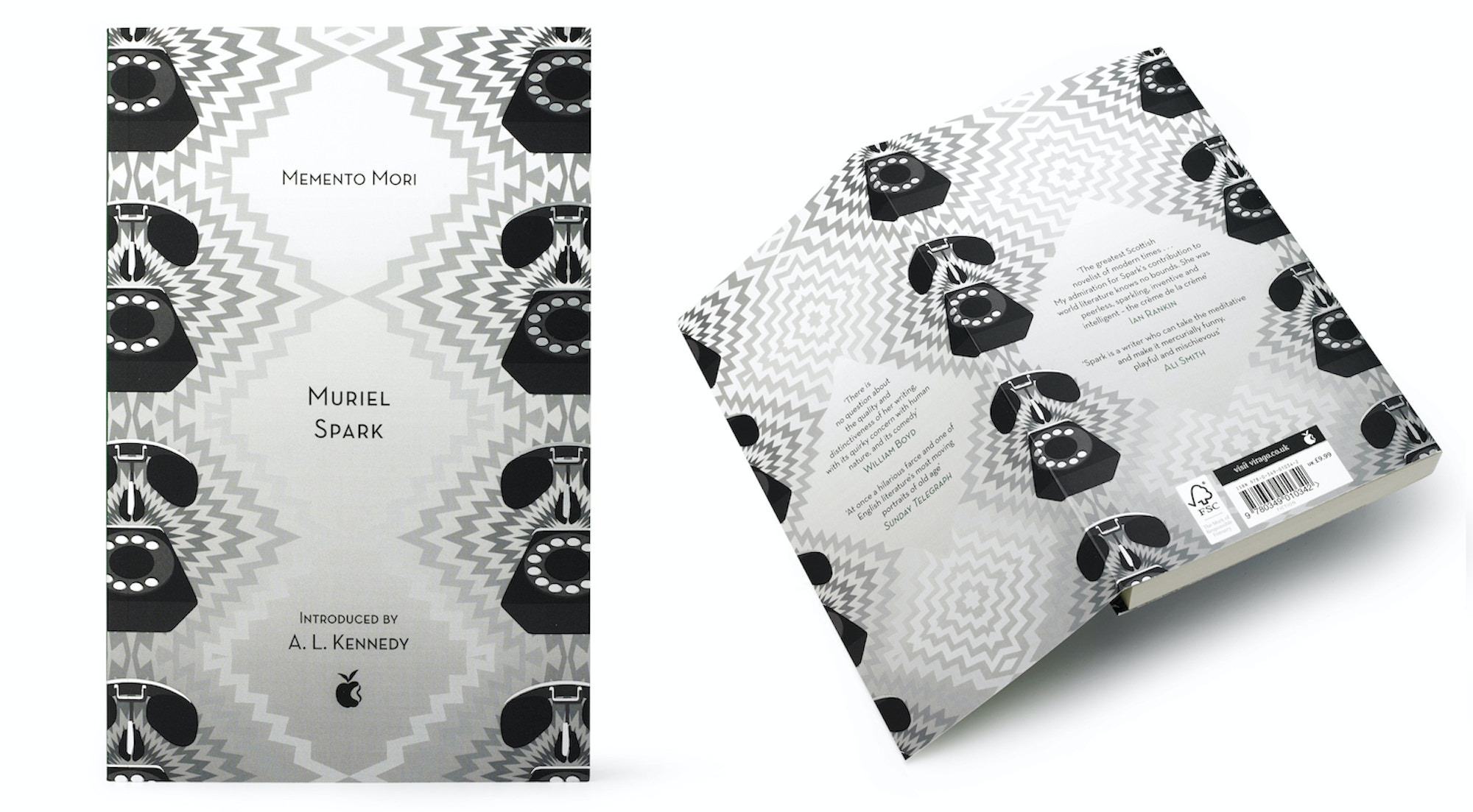 “Working with people is everything” – art director and senior designer at Halo, Andy German

Junior designer Ed Hatfield reflects on his first year out of university, and why coding is an essential skill