Timi Akindele-Ajani, a freelance filmmaker and photographer based in east London, has always been drawn towards storytelling and visual media. Having achieved his BA in Film Studies from University of Exeter, he went on to take part in the Create Jobs: Visual Storytelling programme, and has worked as a freelancer ever since. But alongside all of this, a side project has been bubbling away. For the past two years, he has collaborated with Vidette Adjorlolo and Ebun Sanusi to tell the stories of Black single mothers. The result is their recently released documentary The Dynamics of Black Single Motherhood, Black History Month. From finding contributors to landing funding, here Timi shares the process and challenges faced through that time, as well as his advice to others working on their own passion projects. 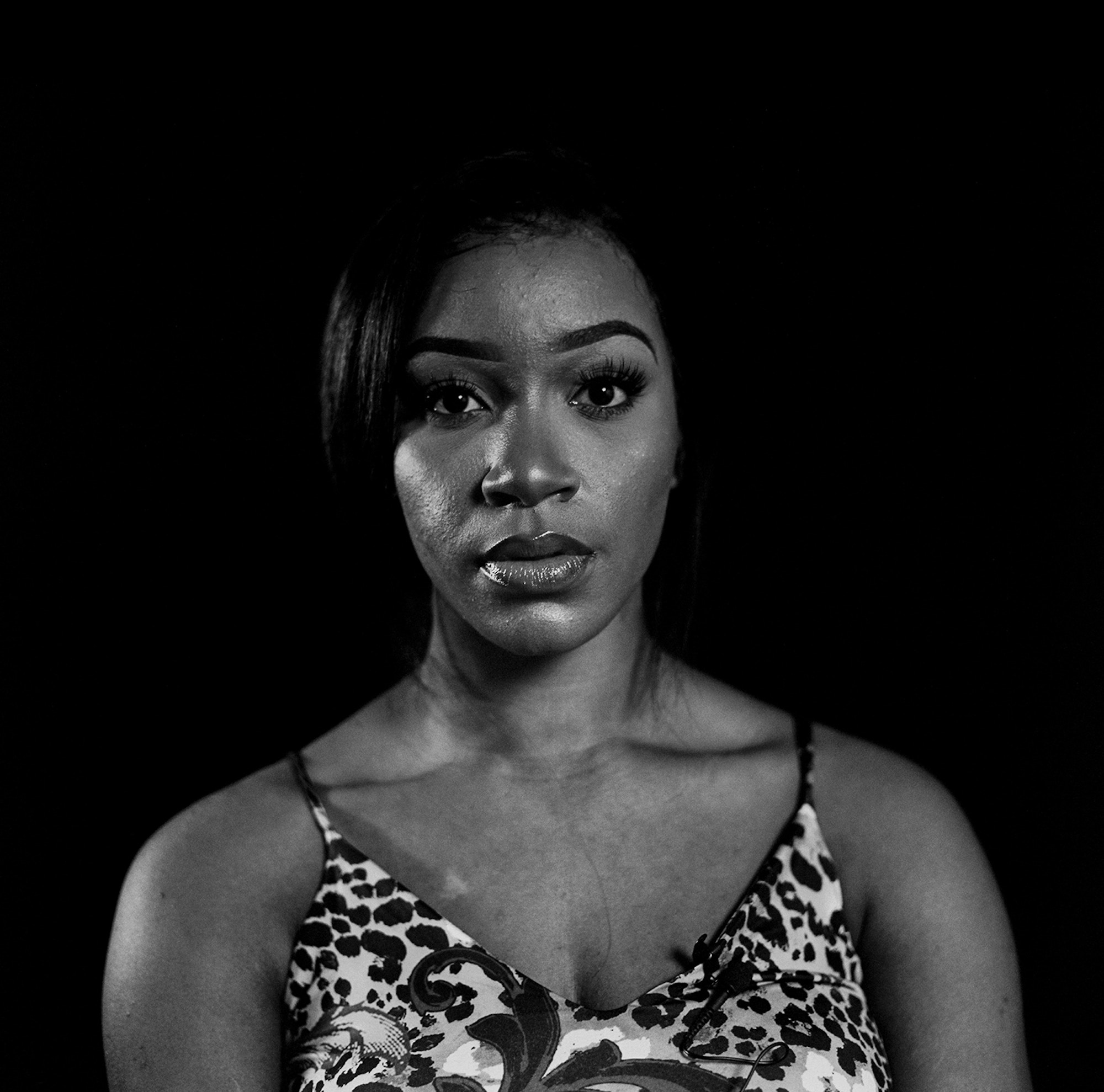 The project
The Dynamics of Black Single Motherhood (BSM) started as a small photography exhibition in 2017 [at Old Street Gallery], headed by Vidette Adjorlolo and Ebun Sanusi. They wanted to host an event that looked at the stories of Black single mothers and to give them a platform to take control of their own narratives.

A year later, they received some funding and approached me to see if I could help take the project to a wider audience and produce it on a bigger scale. Then, I brought on Tom Mastin Lee and Hana Elias to help me shoot portraits and edit the film. The key idea of shifting the narrative remained at the heart of the project but, for this larger show, we wanted to make images that would be striking, engaging and worthy of the women who were volunteering their stories.

“Each of us understood that sometimes we would need to take a break and pay some bills.”

Staying motivated
The largest motivator for me was the mission of the project; we wanted to change the narrative surrounding Black single mothers using their own voices. Unfortunately, when these women are brought up in the media today, it’s far too often as part of an explanation for Black children who have found themselves involved in crime. It’s a false equivalence that I knew wasn’t true, because of all the brilliant individuals in my life who come from similar backgrounds. So it was really important to me and the rest of the team that the project reached completion, and that the mothers felt like their voices were heard.

We also took our time; each of us had quite demanding lives outside of the project, and understood that sometimes we would need to take a break and pay some bills. We made sure that we didn’t let ourselves get complacent, but it definitely helped that we all understood where each other were at.

There were certainly moments in the edit where I felt completely lost, but what helped me to get out of those periods was choosing to make radical changes and experimenting within the edit. Editing for me is really just a string of happy accidents, a process of smashing things together and seeing what works. 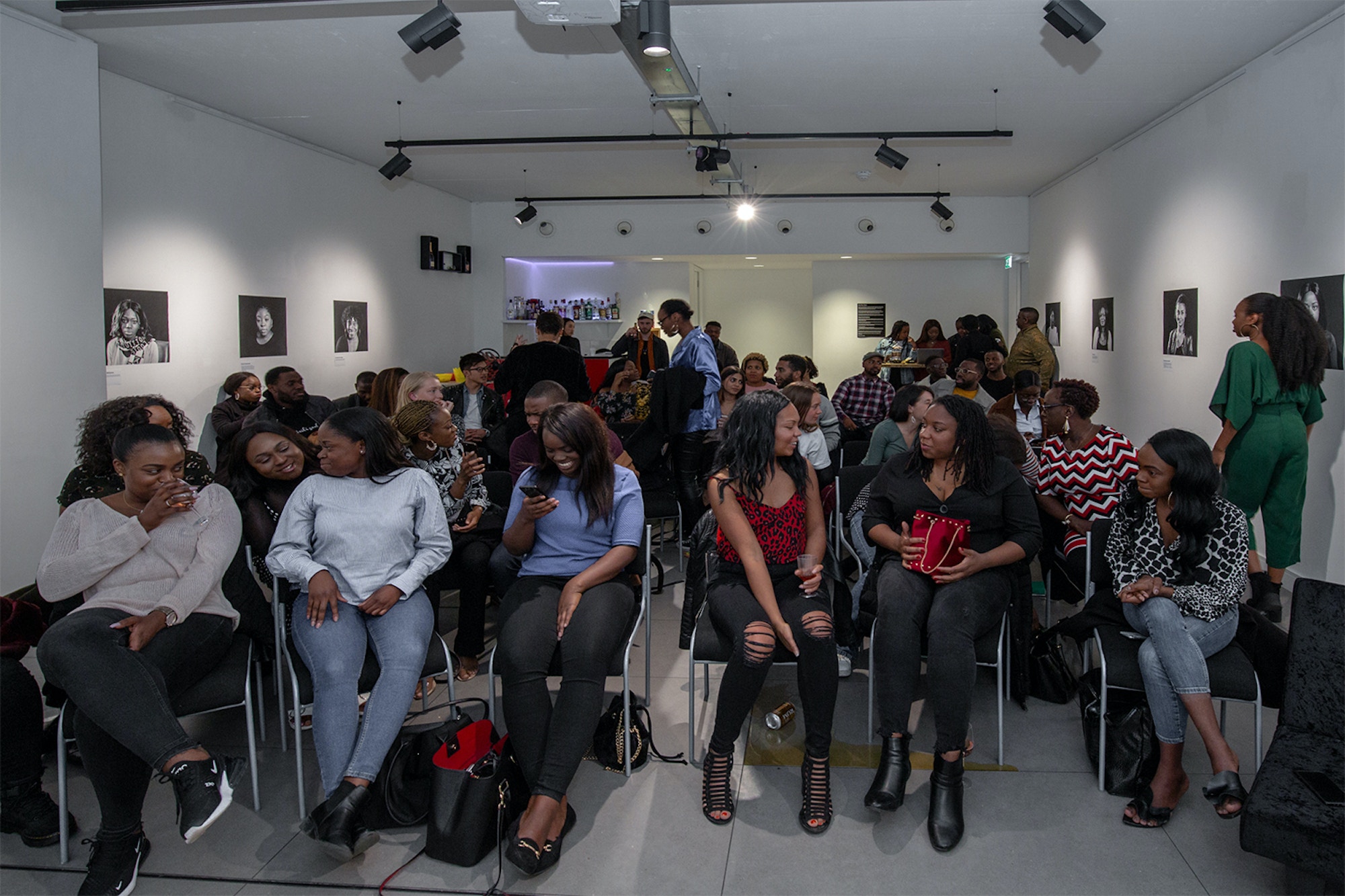 The exhibition at Old Street Gallery 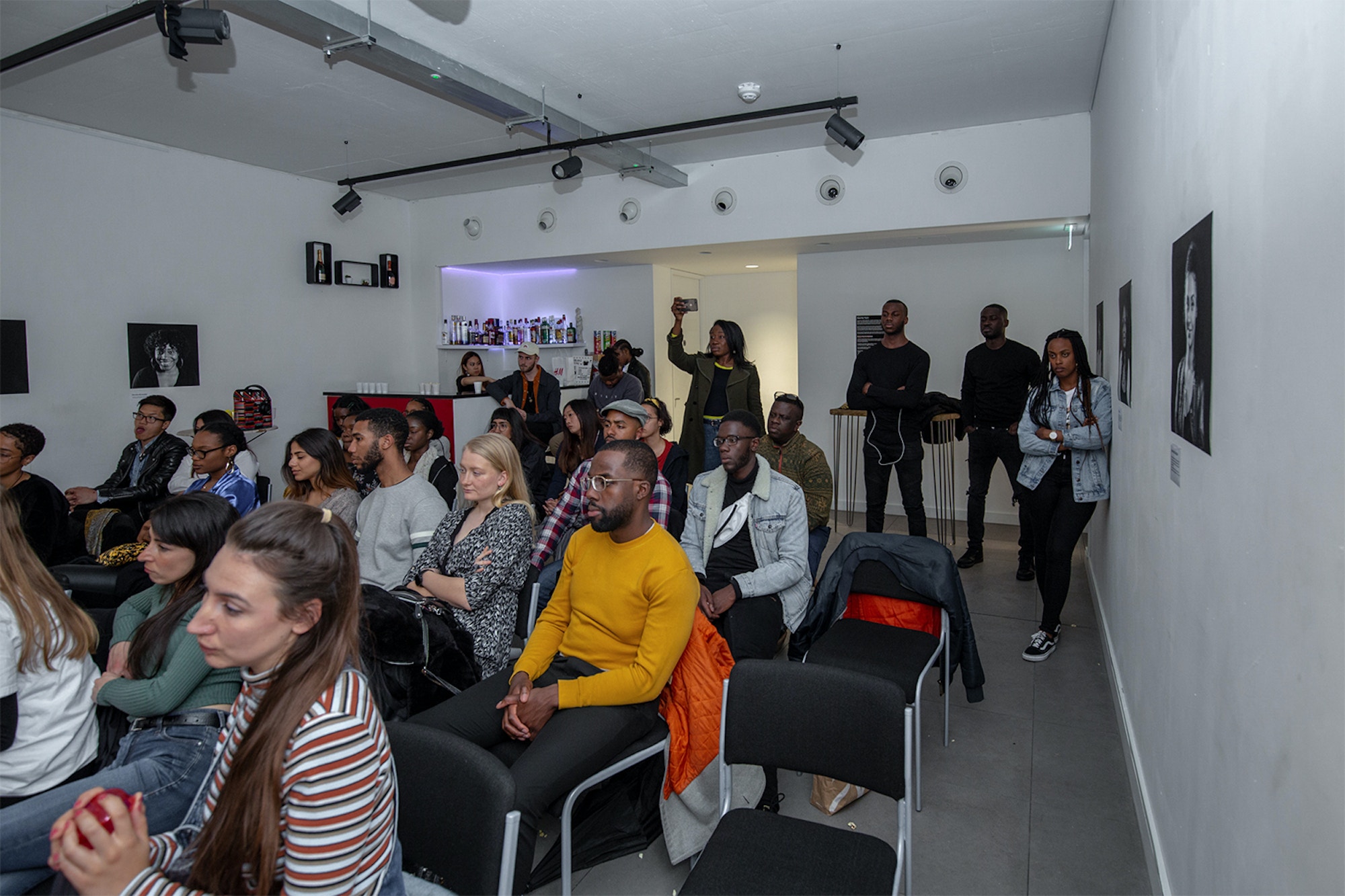 The exhibition at Old Street Gallery

Finding contributors
One of the main challenges was actually finding contributors for the film – single mothers are extremely busy people. The reality is, if they’re not taking care of their children then they’re working to support them.

Initially, we wanted to get all of the interviews in one session, but only three of the mothers were able to make it on the day. So I decided that we would shoot the film in a way that would be easy to replicate on different days in different locations – hence the black and white talking head set-up for the interviews.

Identifying the constraints
The next major issue was trying to thread a narrative though the mothers’ stories. Each was so different and we had trouble figuring out how to tackle all of the footage we had shot. Eventually, we realised that we had to embrace the fact that there is no one single experience of single Black motherhood and that each experience is unique. Once we came to this realisation, the edit really started to take shape.

“The next major issue was trying to thread a narrative though the mothers’ stories – each was so different.”

Then it came to the exhibition itself – we wanted the prints to be fairly large and printed professionally. I was kind of new to this world and made a really big error with the size of the original scans of our negatives. As a result, Tom and I ended up spending the day running around London trying to find somewhere that could make high-quality large format prints on short notice. Fortunately, the guys at Aperture Leica took us on. They guided us through the whole process, gave us a really fair deal and produced some gorgeous prints that looked amazing on the day.

As mentioned before, we didn’t expect the project to take as long as it eventually did. Although we received a really generous donation from The Faith & Belief Forum, we had to actively seek further funding to put the exhibition itself on. We were lucky to have support from O2’s Think Big [a social action partnership] and a few other independent donors. 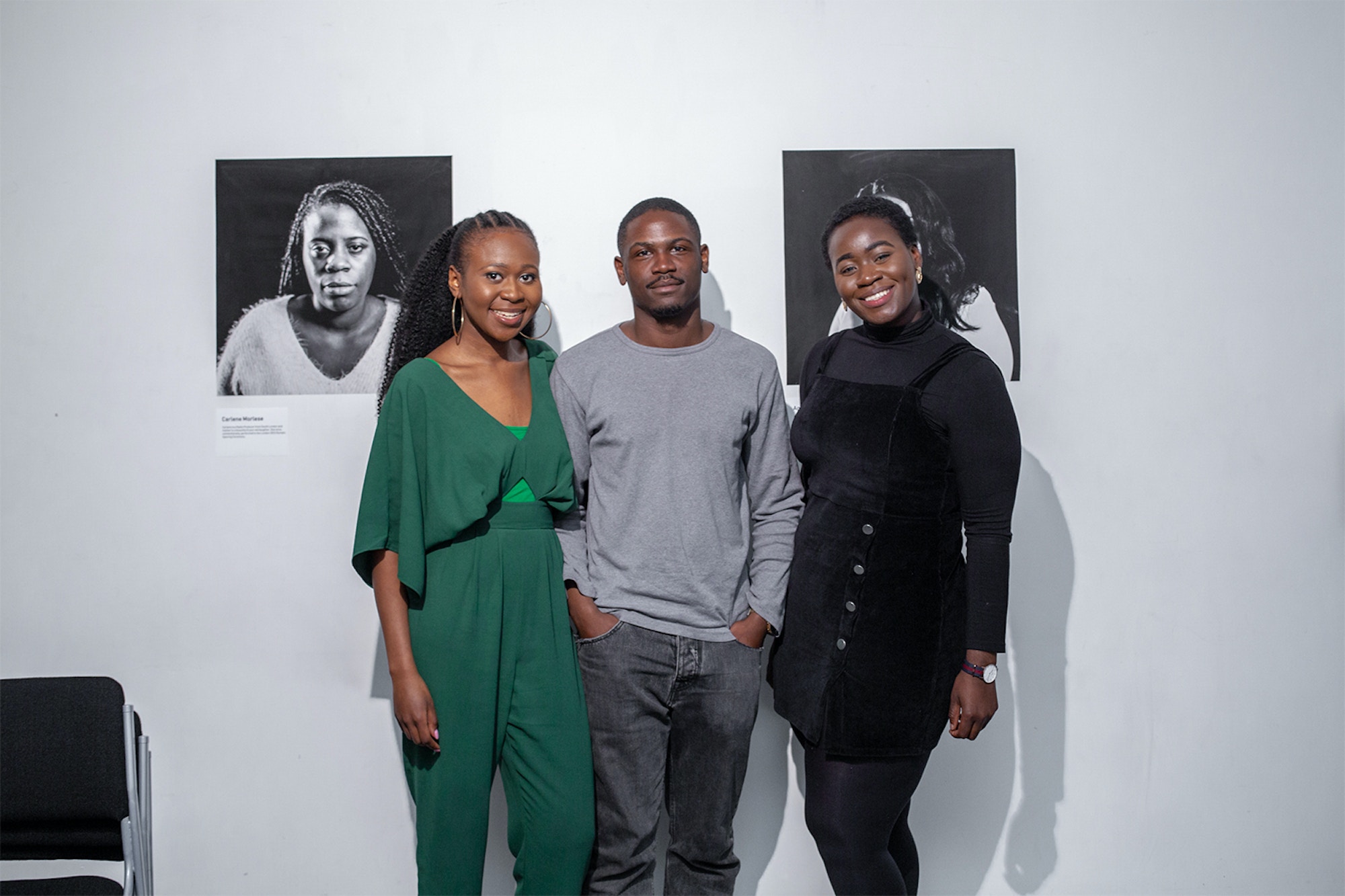 At the exhibition at Old Street Gallery, together with Vidette Adjorlolo and Ebun Sanusi

Working collaboratively
This project wouldn’t have reached its goal without collaboration. Starting off with Vidette and Ebun gaining access to the stories and contributors, then all the times Tom and I had to ferry huge Peli cases across London to the shoots, or even Hana taking the reigns of the edit trailer which went on to inform the style and approach for the full film.

We were a small team and we all had to wear different hats to the ones we signed up to – but I know for a fact that if it was just myself on the production side of things, the exhibition would have been a mess. In my eyes, the success of this project is owed entirely to the fact that we all shared the burden and did our everything we could to make it the best it could possibly be.

“No one would be able to tell that the film was shot all over London on four different occasions over six months.”

Advice to filmmakers working on long-term projects
My advice to anyone wanting to work on a major side project would be to stay organised! Establish systems at the start of the project that you can stick to – it will save you from serious grief and help you avoid those wild goose chases for files you worked on 18 months before.

Secondly, understand your constraints and then turn them into stylistic choices. No one would be able to tell that the film was shot all over London on four different occasions over six months, which was all down to the simple studio set-up which could be easily replicated and recreated anywhere.

And lastly, call in the favours! We had to install the exhibition ourselves and I knew it was more than we could manage, so I asked three photographer friends to help install it. They got my eternal gratitude and free admission for their efforts.

The final documentary: ‘The Dynamics of Black Single Motherhood’ by Timi Akindele-Ajani