Founded by James Earls and Jack Featherstone in 2016, London-based design and motion practice Studio Crême have built a sleek and multifaceted portfolio for a wide range of including Google, Twin Magazine and music festival Dekmantel. Earlier this year, a conversation with the founders of menswear label Heresy led to an extensive project to create striking and surreal films for the brand, all created using 3D scanning and motion graphics. We talk to Studio Crême’s co-founder James about how the project rolled out, and the decision to use techniques and software that was completely new to them.

Develop a mood film that recreates the Heresy world in a new and alternative way – as an environment that people can dive into. This was set to coincide with the launch of the SS18 collection, but instead turned into an bigger project to also create the SS18 collection lookbook.

Studio Crême was founded two years ago, and specialises in art direction, 3D film and animation, as well as identity and graphic design. Jack and I both studied graphic design at university, but we both had an interest in 3D animation and imagery, so we decided to team up. We learned a lot of 3D and motion techniques on our feet, and it’s become a big part of what we do.

For us, each project has to offer something different. We like to try out new processes and technology as much as we can; we’re very hungry for knowledge and like learning! It's kind of a key consideration when choosing what we want to work on. This Heresy project was very much a first for us, and an opportunity to show where we want to take things, and the arena we want to be playing in. 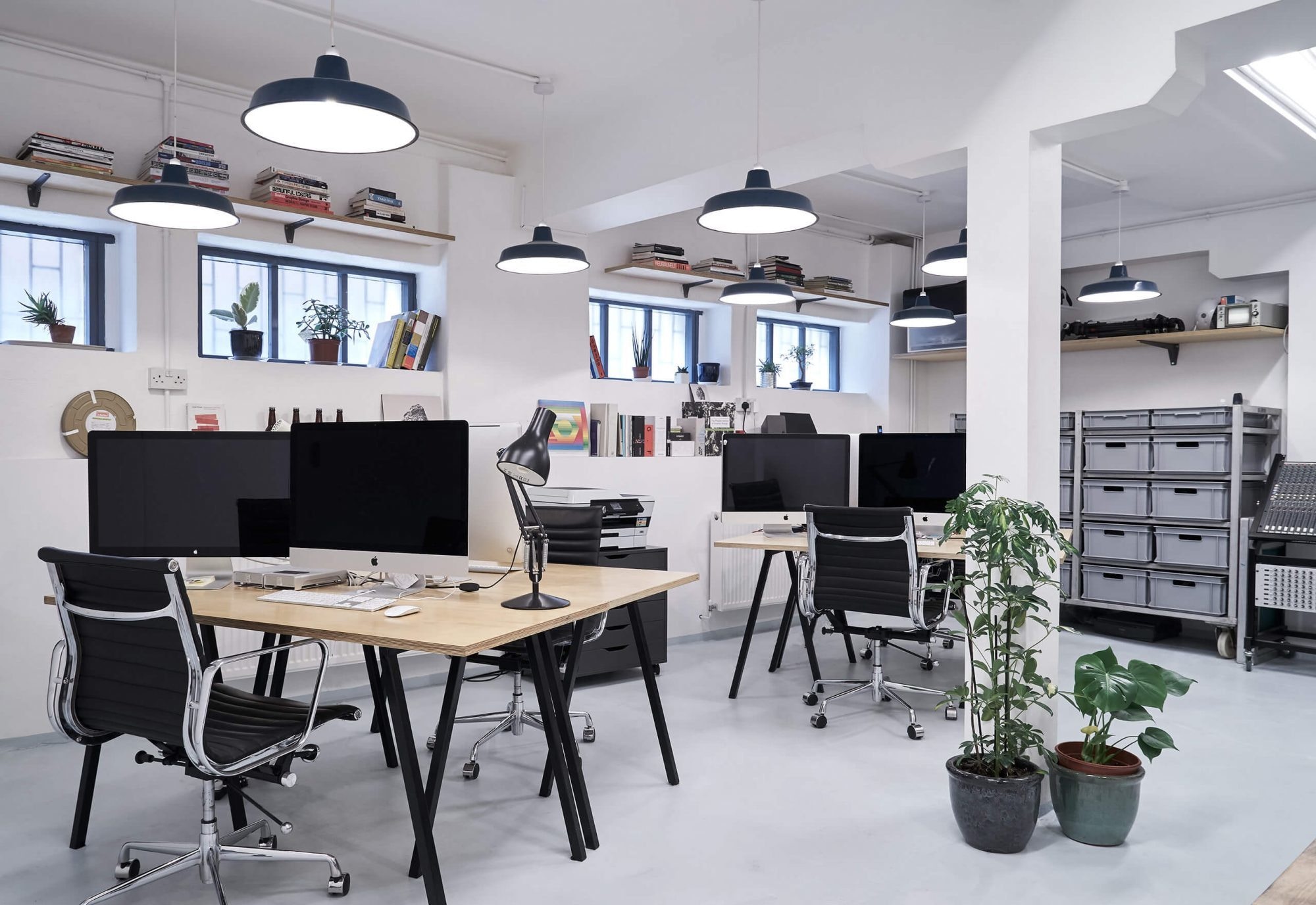 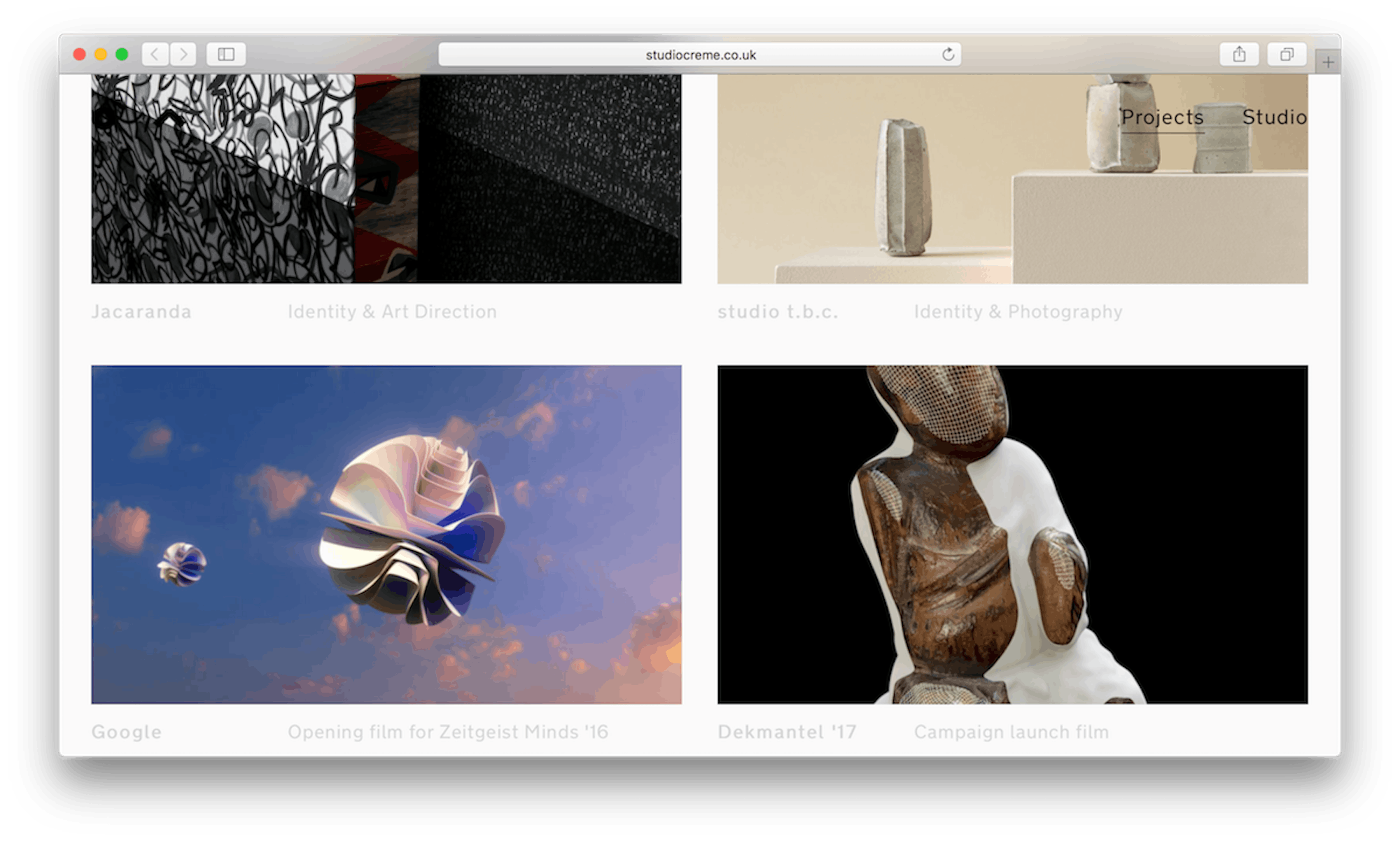 Jack has known the founders of Heresy for a while through mutual friends, and we’ve shared a mutual respect for each other's work over the years. In this case it was a matter of the right opportunity at the right time. We started talking about what we were both up to, and that we were keen to work on a project that really excited us, so it naturally merged. After a while we were like one team; there were a lot of conversations to understand what we were both trying to achieve throughout the process. 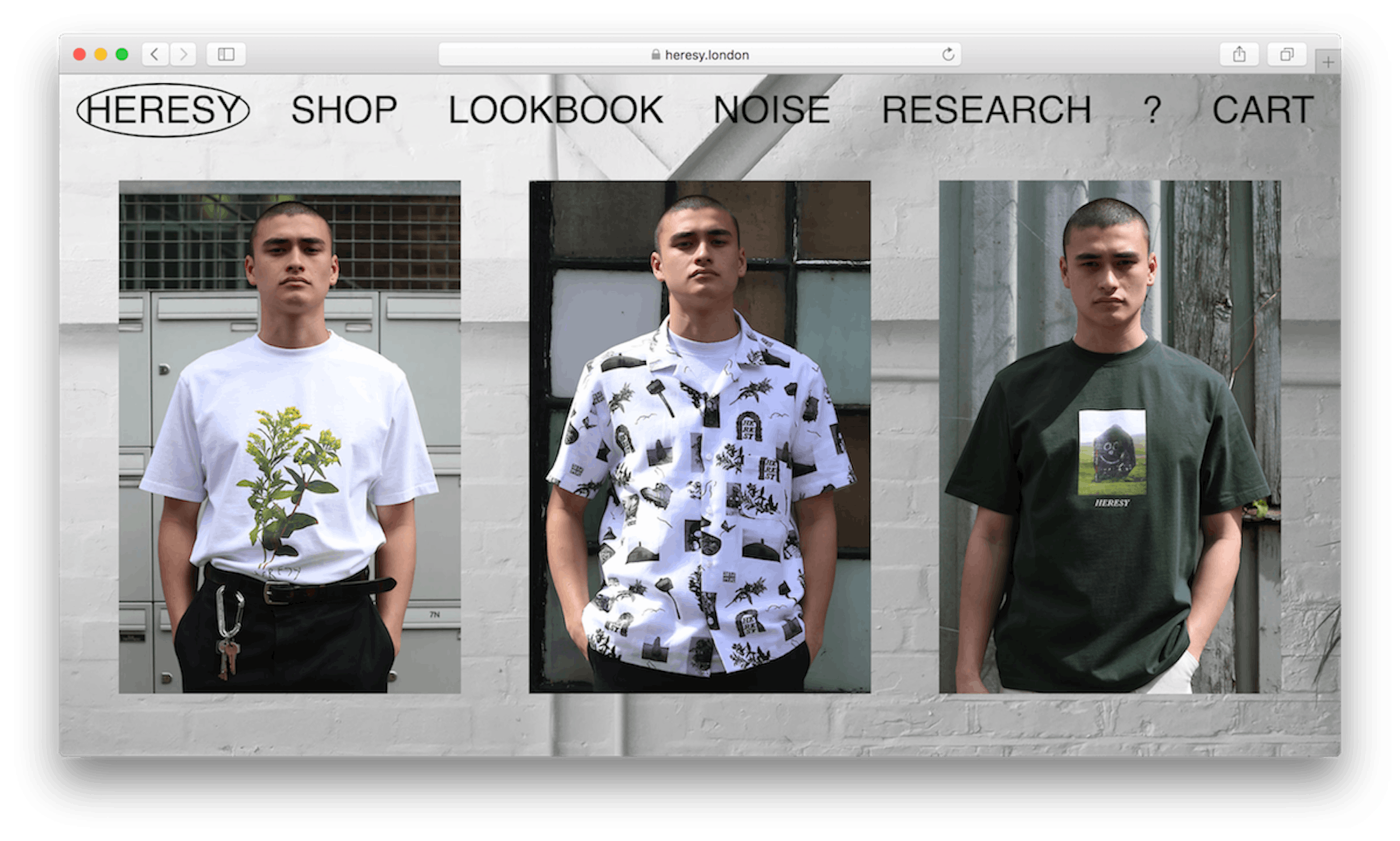 The project started with a treatment, which took around two weeks in total, and became our guide throughout the project. Putting this together was a very organic and collaborative process, with the aim of demonstrating how we would tell the Heresy story in a really different way.

Treatment work started with research into at the brand’s huge archive of imagery, which they curate as they go along, with focus on images that influenced their latest collection. We went very deep into the Heresy rabbit hole for about two and a half months, looking at collected images related to British folklore and the British Isles, considering how we could translate that. We came up with the idea to start the film in the rural English countryside, and then dive into the Heresy underworld. 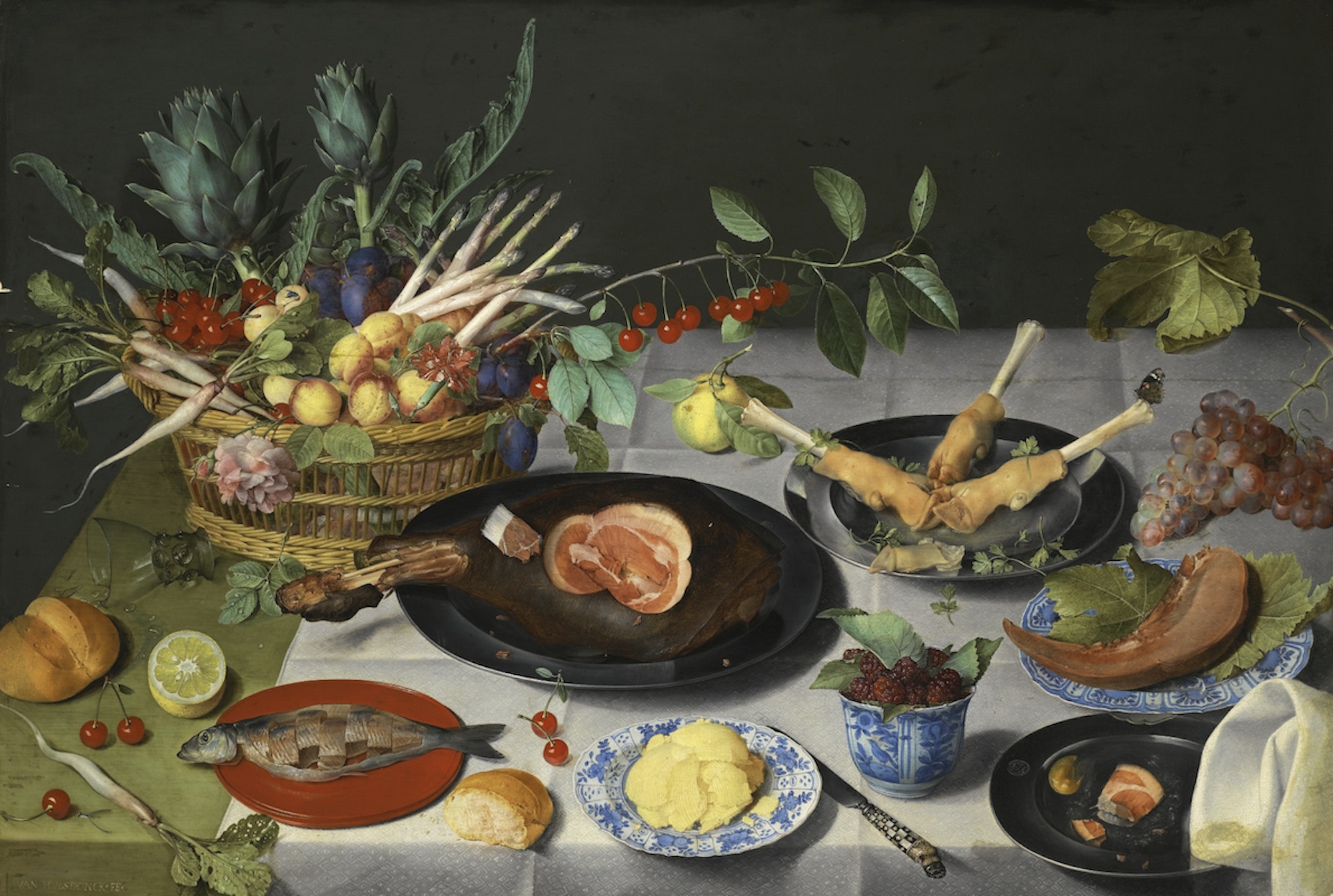 An image from Heresy’s archive

Alongside visual work we did a lot of technical research, which is always ongoing for us. We’d been flirting with the idea of using 3D scanning beforehand. And while I briefly tested the idea with my iPhone, we had never used it properly before. This process is more commonly used on a much larger scale, for example on big-budget movies, but this seemed like a great opportunity to try it out. Heresy had some objects they needed featured in the work that were practically impossible to model, so 3D scanning was a perfect solution. 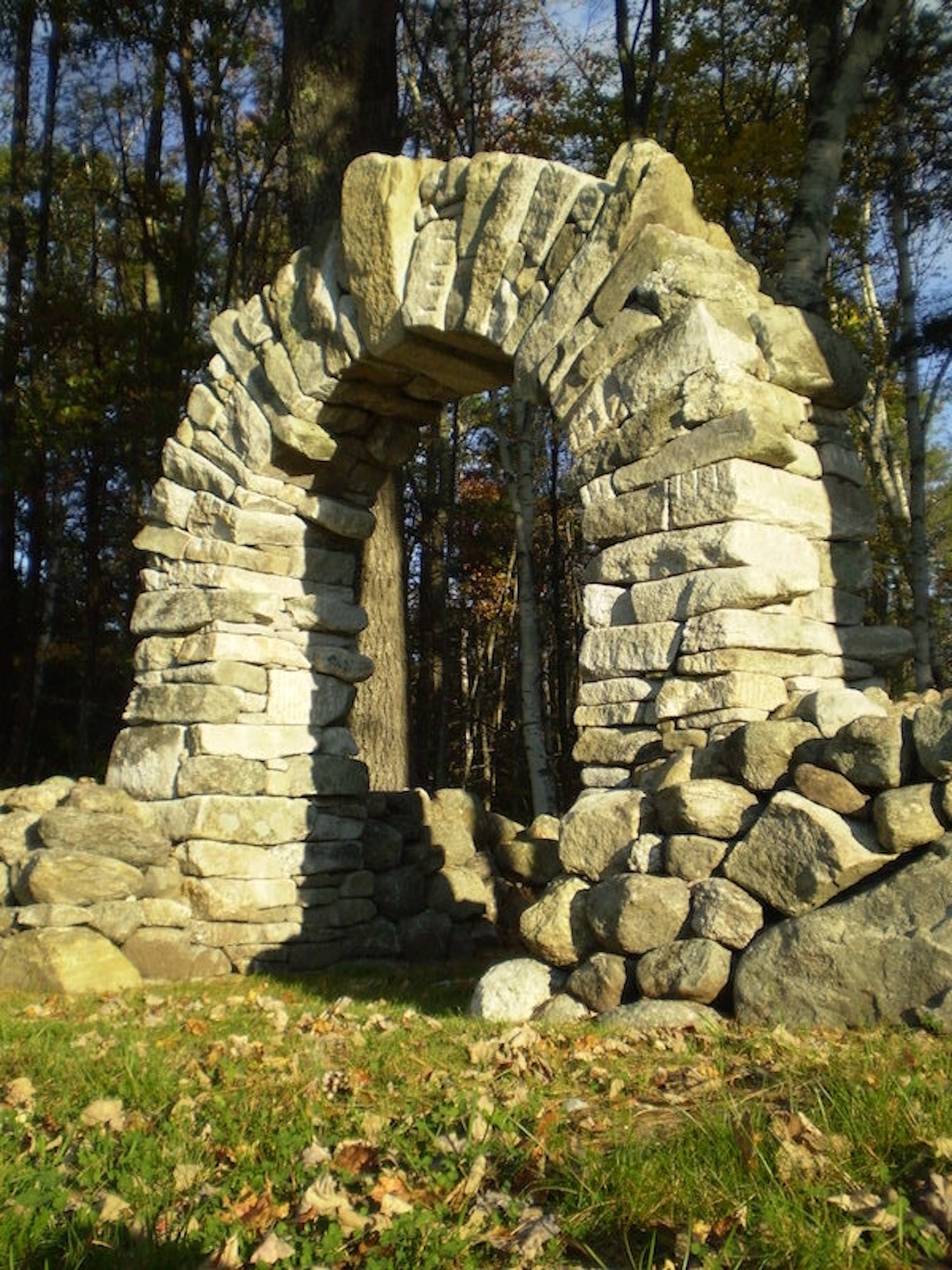 An images from Heresy’s archive

In the film you can see there are three distinct environments – one with the arch, one with the altar and one with the autumn leaves. We roughly storyboarded so we knew what the three worlds were going to be, so then it was just a question of creating all the assets.

We began by creating the environment for the shoot, and got the Heresy boys to bring over all of the small objects they wanted to include. We scanned these in ourselves, using a technique called photogrammetry. The set-up was a tripod and a digital camera, then the process involved taking a series of pictures of an object at different levels and angles – capturing it bit by bit as it is rotates. For this we used a Lazy Susan [a rotating tray for food] which we already happened to have at the studio! It was pretty time consuming; we spent over a week scanning multiple objects every day. 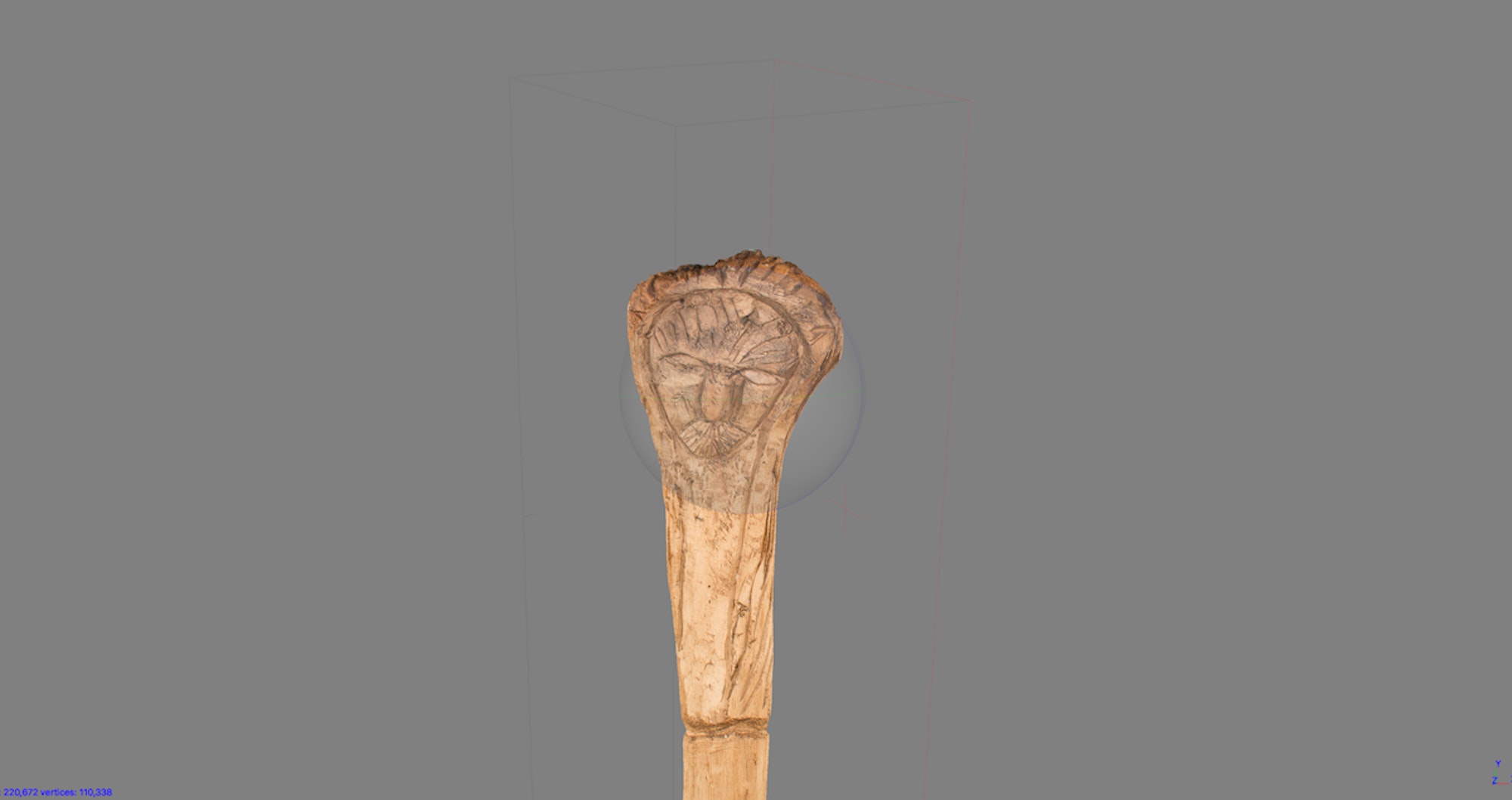 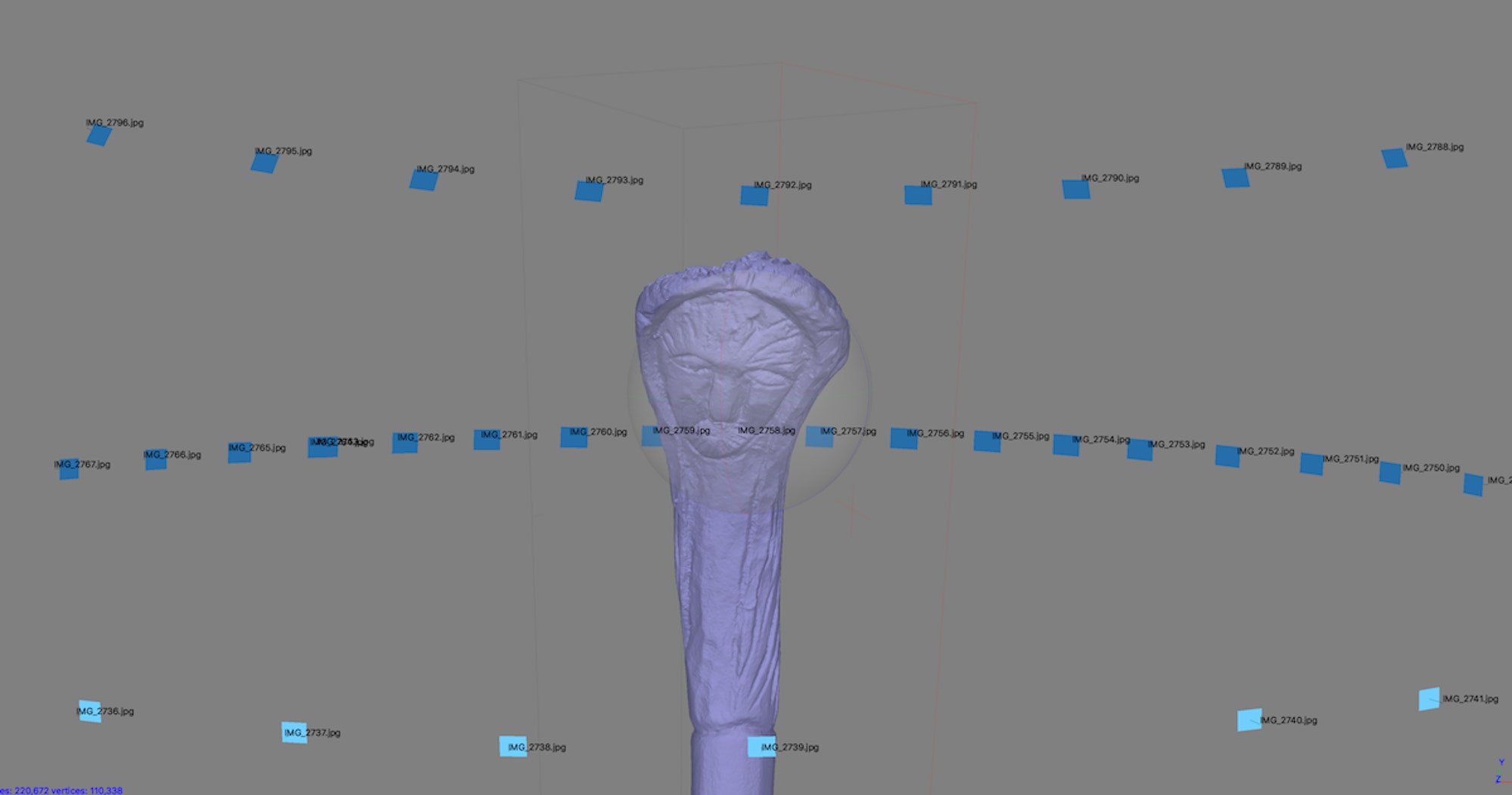 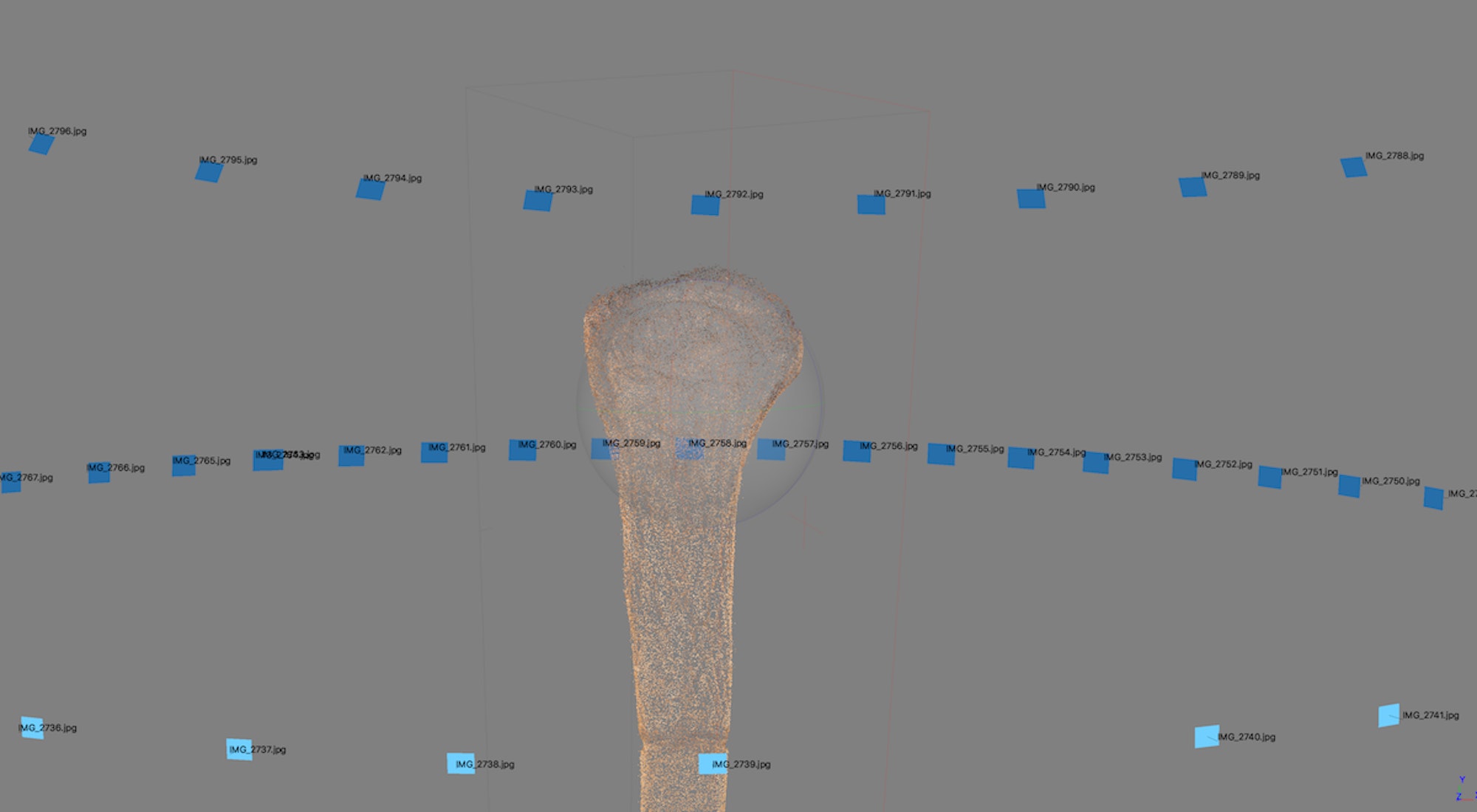 After that we then use a software called Agisoft and Reality Capture, which we learnt specially for this project. These programmes are software for image processing, that help render 3D models, and you can then put into Cinema 4D. Then you have an object that is fully textured and usable in a digital environment.

We were expecting the results to be slightly rough, but we were kind of blown away. The first first thing we scanned was the club, and it looked as polished as a photo – the results were amazing. As a studio we like things that are a bit weird and surreal, so we were into the fact that the outcome blurs the lines between appearing real and fabricated. 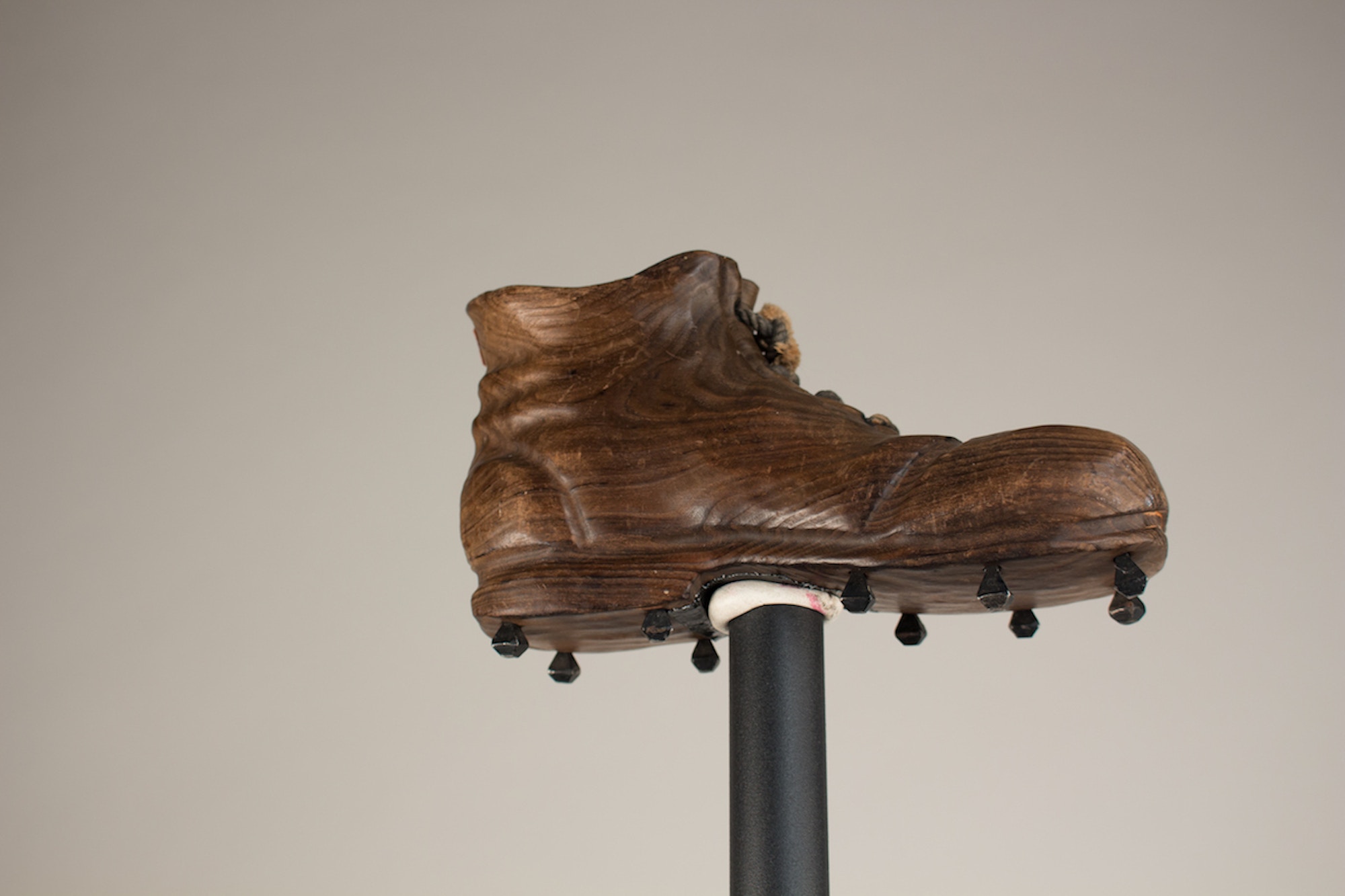 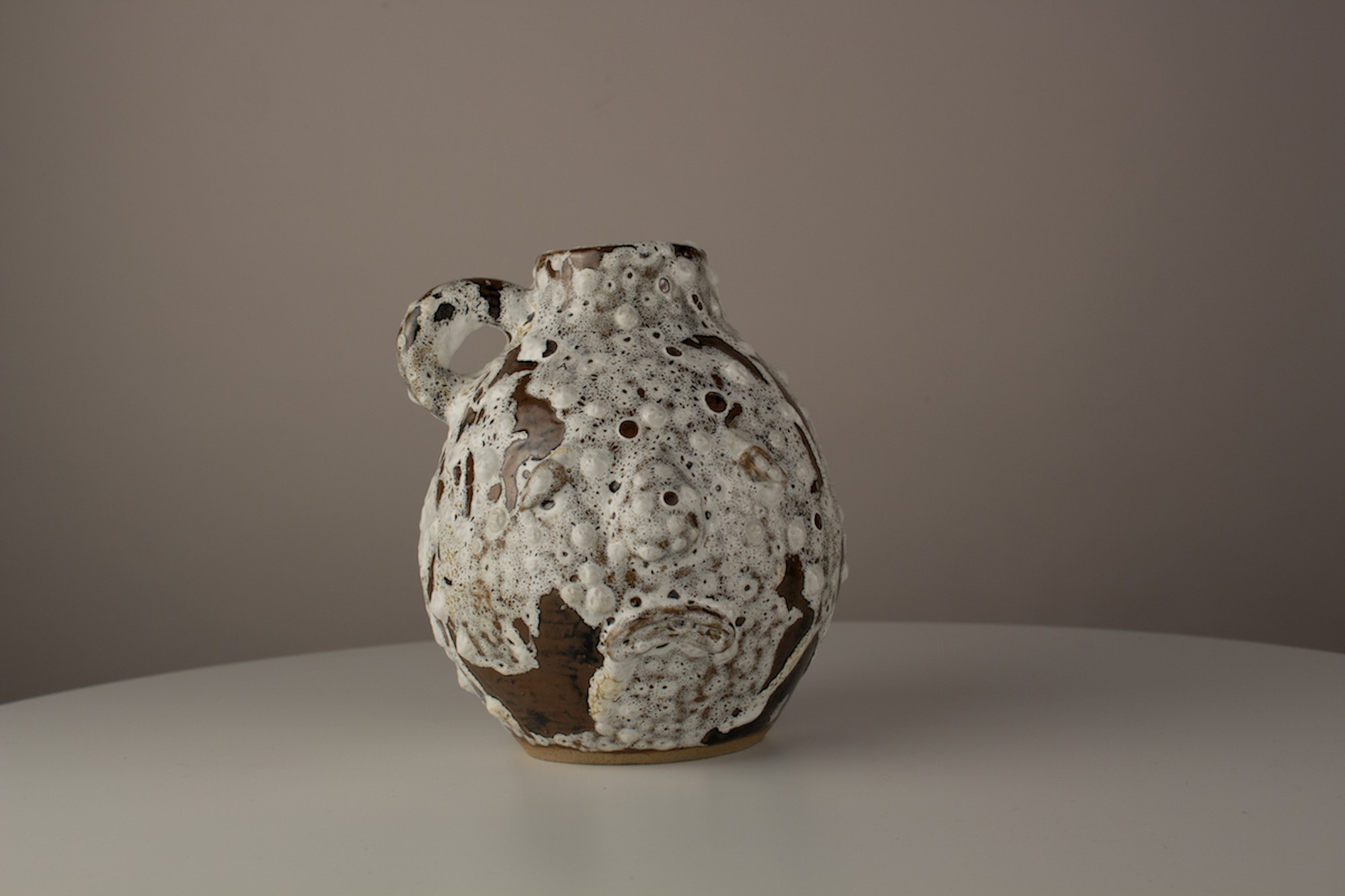 At that point, all of us agreed that it would also be good to maintain visual continuity, and produce the lookbook for the collection, too. So we started to think about how we could show the clothing. We thought it would make sense to extend the use of 3D scanning, and also scan a model wearing Heresy clothing, and put them into the environments we had created.

From there, Heresy found a model and put together a series of looks. Since we wouldn’t have been able to work to that scale in our studio, we found a company in East London specialised in 3D scanning, who have a dome rigged with lights and 80 DSLR cameras.

Once there, we had a shot list, and the Heresy team were quite involved in getting the right shots, and were on hand to style. When we had the look we wanted, we would trigger the cameras, then move onto the next. It was relatively speedy in that sense. 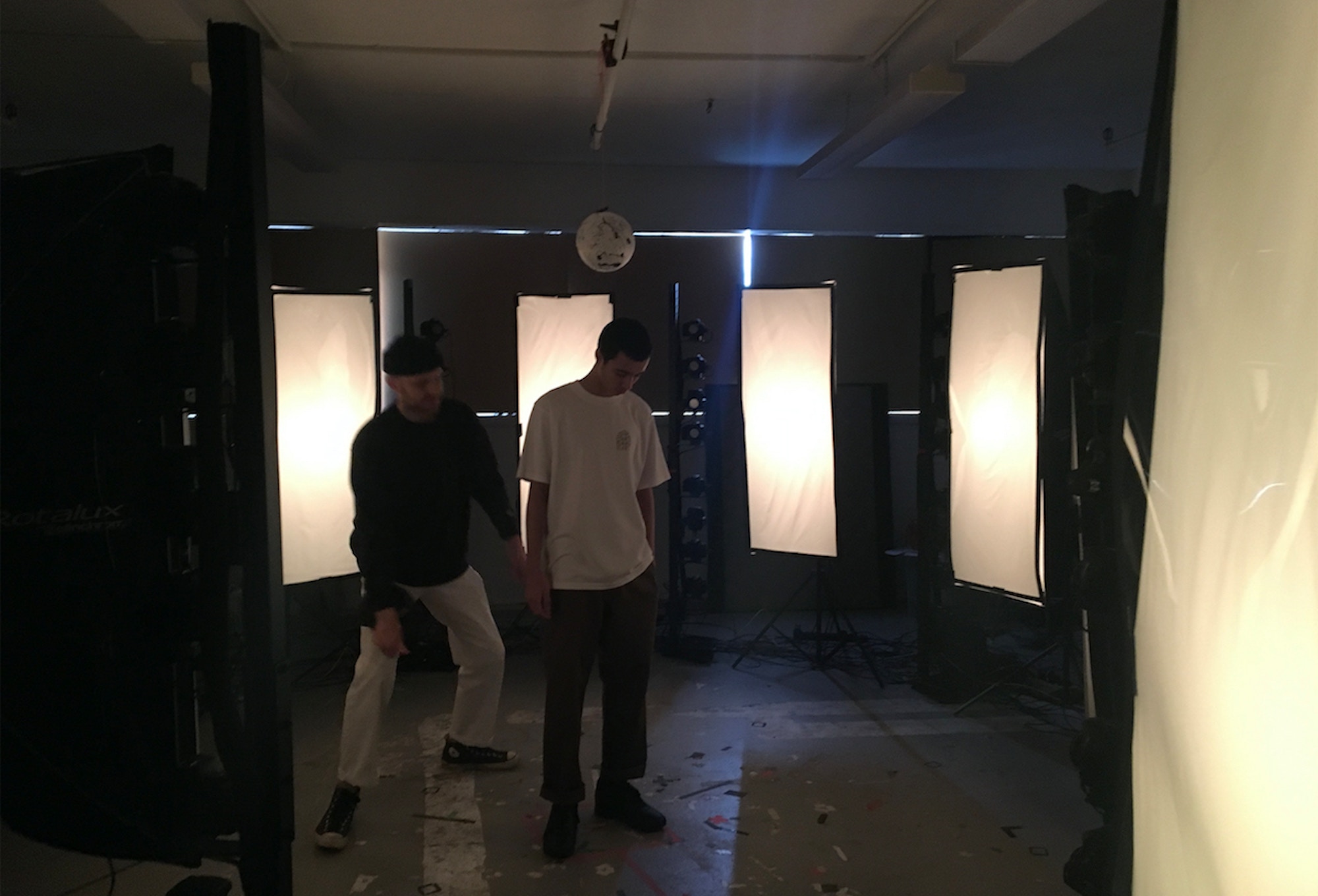 Inside the east London studio specialised in 3D scanning; set up with 80 DSLRs 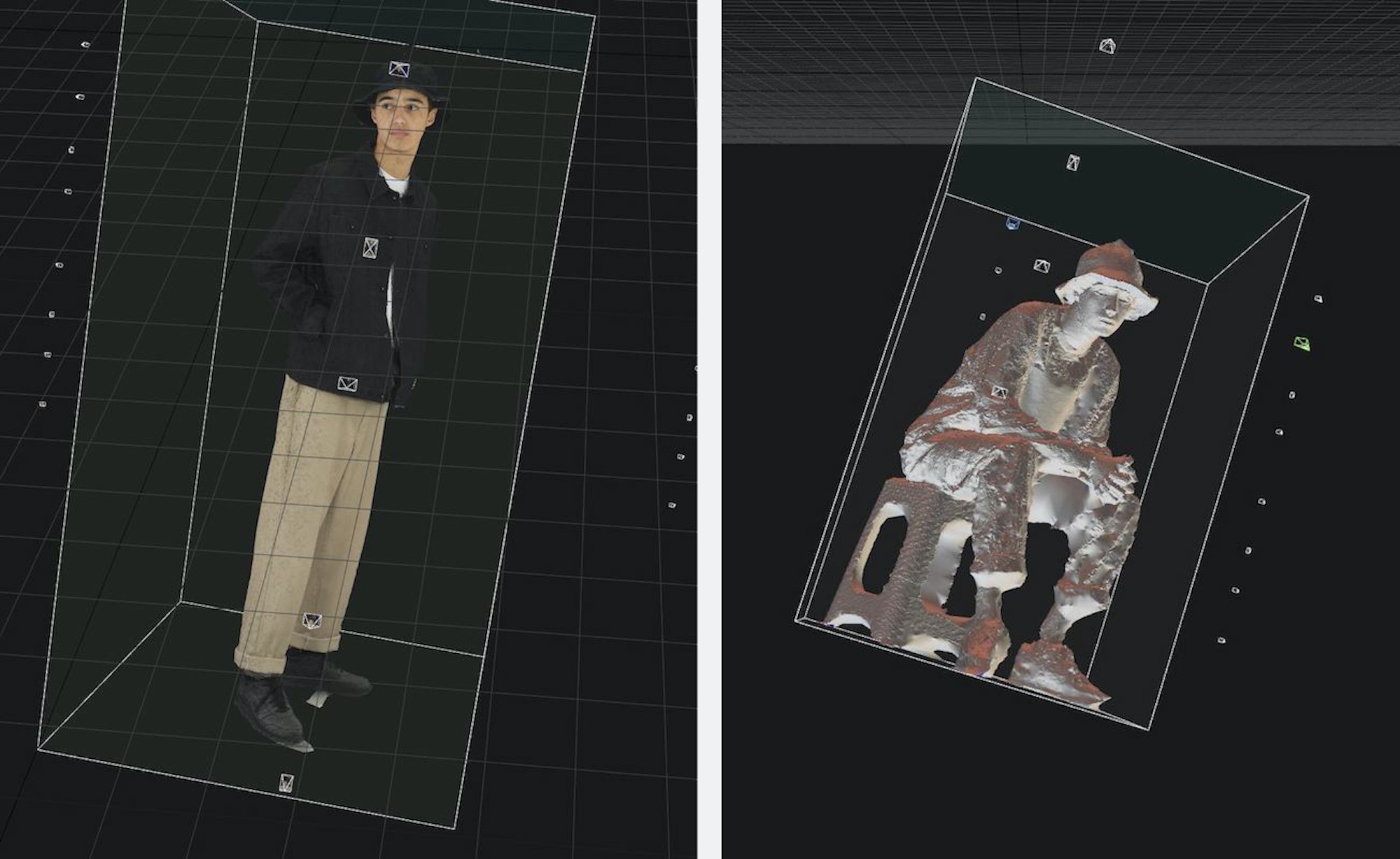 The model after being scanned and rendered 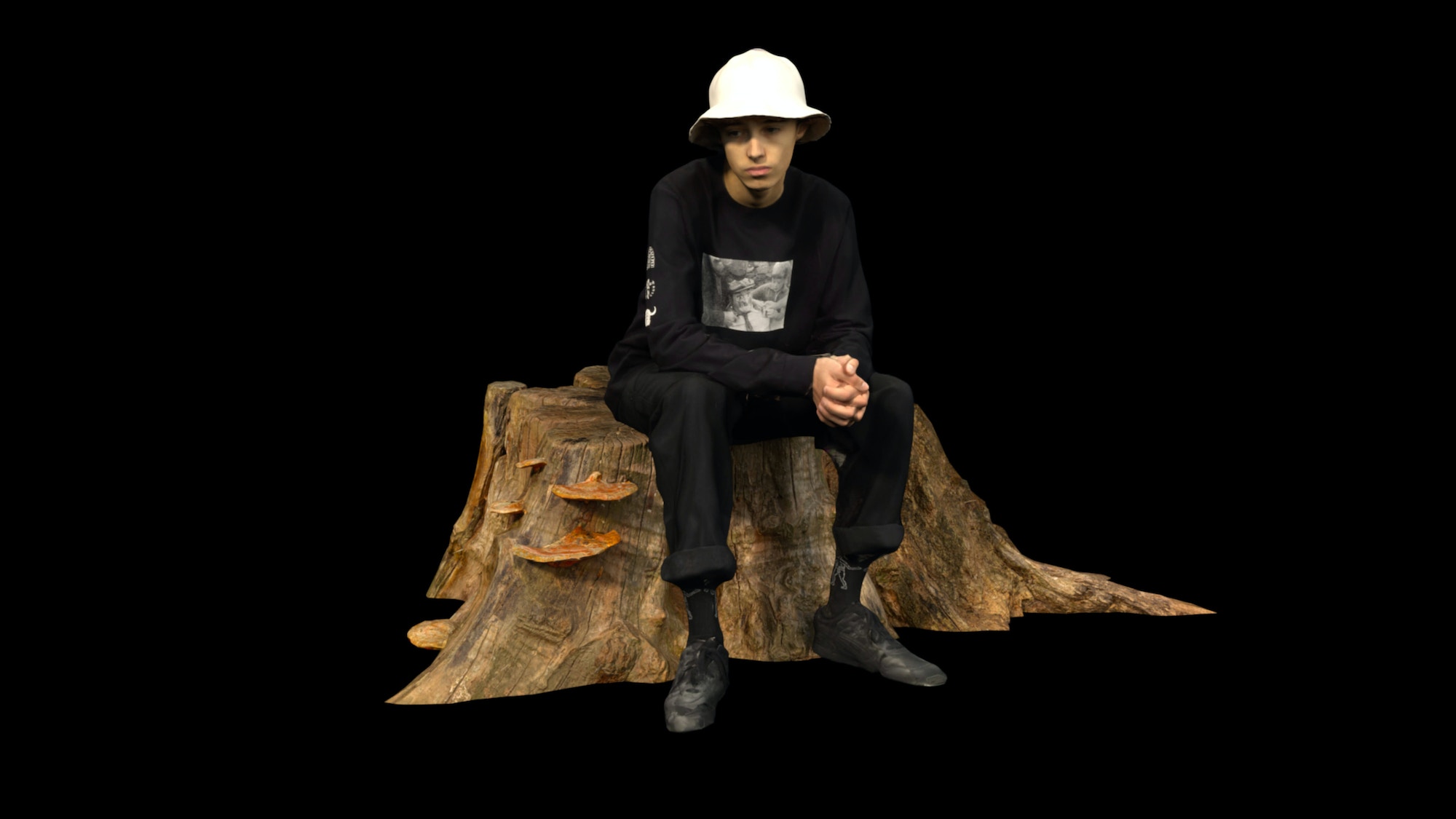 A still from the finished lookbook film

In terms of finishing and bringing these assets together, we used Adobe Illustrator, After Effects and ZBrush for things that we modelled ourselves (the candle, for instance).

For the edit, we had to make sure it flowed well and made sense. With so much content, it can be quite hard deciding what makes the cut and what doesn’t, especially when you have to whittle it a video down to around a minute. This was a significant part of the process and it took a while to get it right. Also, with the stills, it was a job in itself knowing exactly what to pull out in terms of good shots.

Once they were ready, we delivered a load of assets to the Heresy team, including content for social media. This was made up of mini films, the mood film and the lookbook film as MP4s, as well as stills. Different elements were packaged and sent at different stages, according to when it was going to be rolled out. First they released loads of teasers, then the final films.

I don’t think we would do anything differently as it all worked so organically. Heresy were on board the whole way, so there was constant momentum, and our paths never diverged. In the end they were really happy and subsequently made this awesome shirt with a 3D asset in response.

We got some great feedback, especially for the 3D scanning, as it's not something people had seen much of in this way. Some viewers weren’t sure what they were looking at – which means it might be more likely to stick in their minds.

Looking back, it was a very exciting process for us. The 3D scanning was the biggest challenge for us, as we didn’t know much about it beforehand. But it turned out a hell of a lot better than we expected! From early on, we realised we needed to keep up that polished appearance. And it was brilliant to see how this kind of animation brings things to life, making objects do things that they can't do in reality. 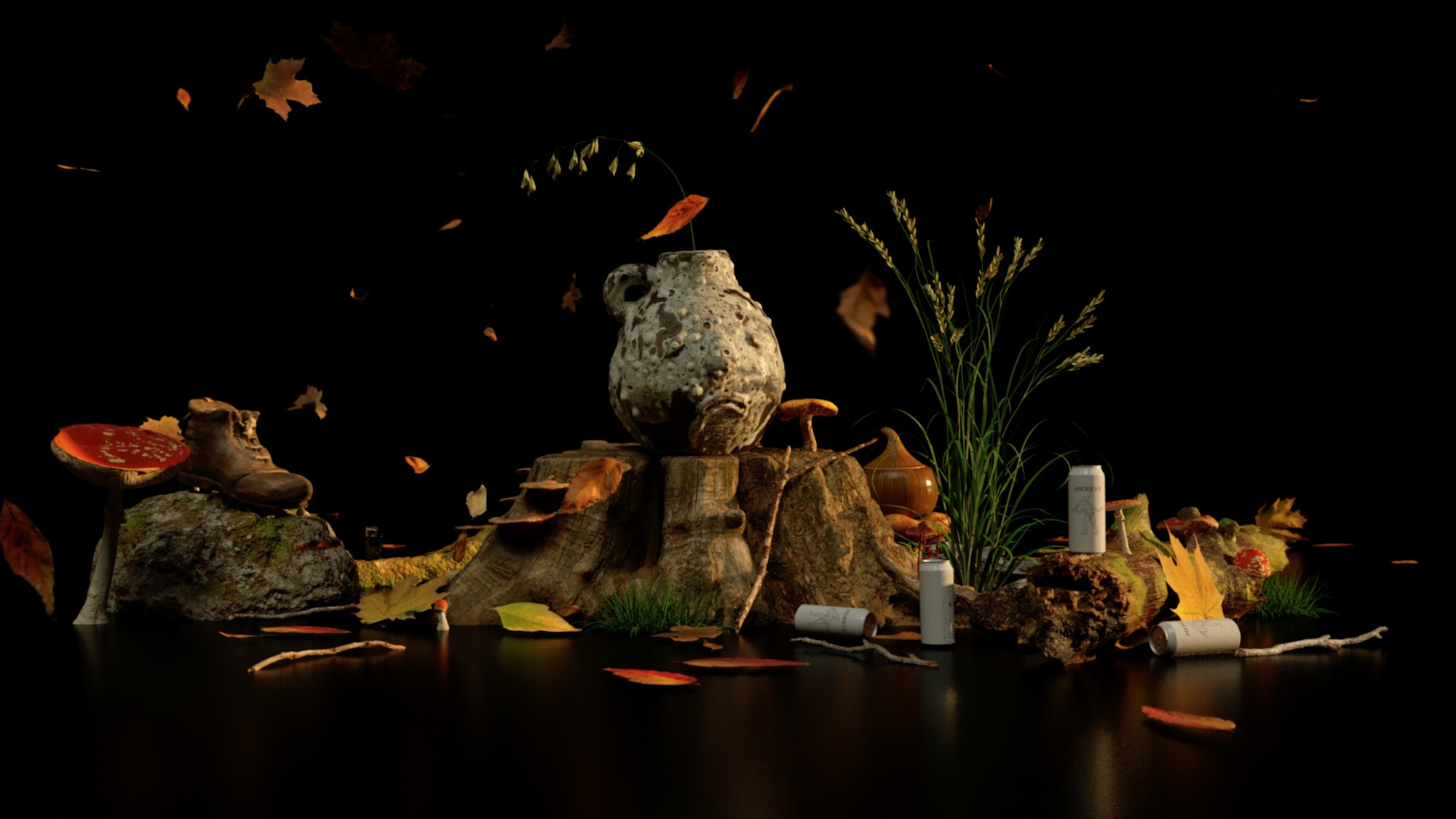 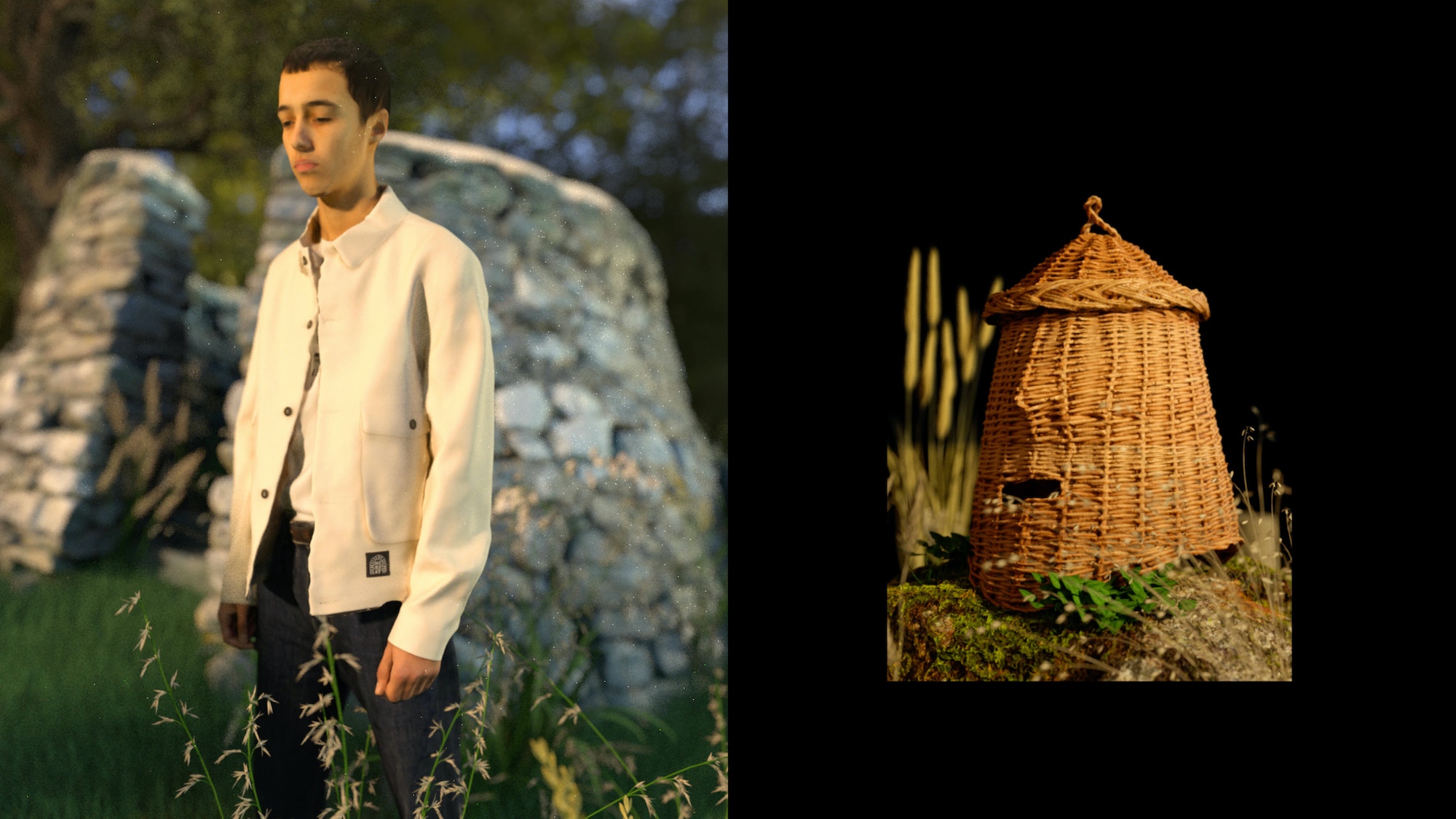 A still from the lookbook film 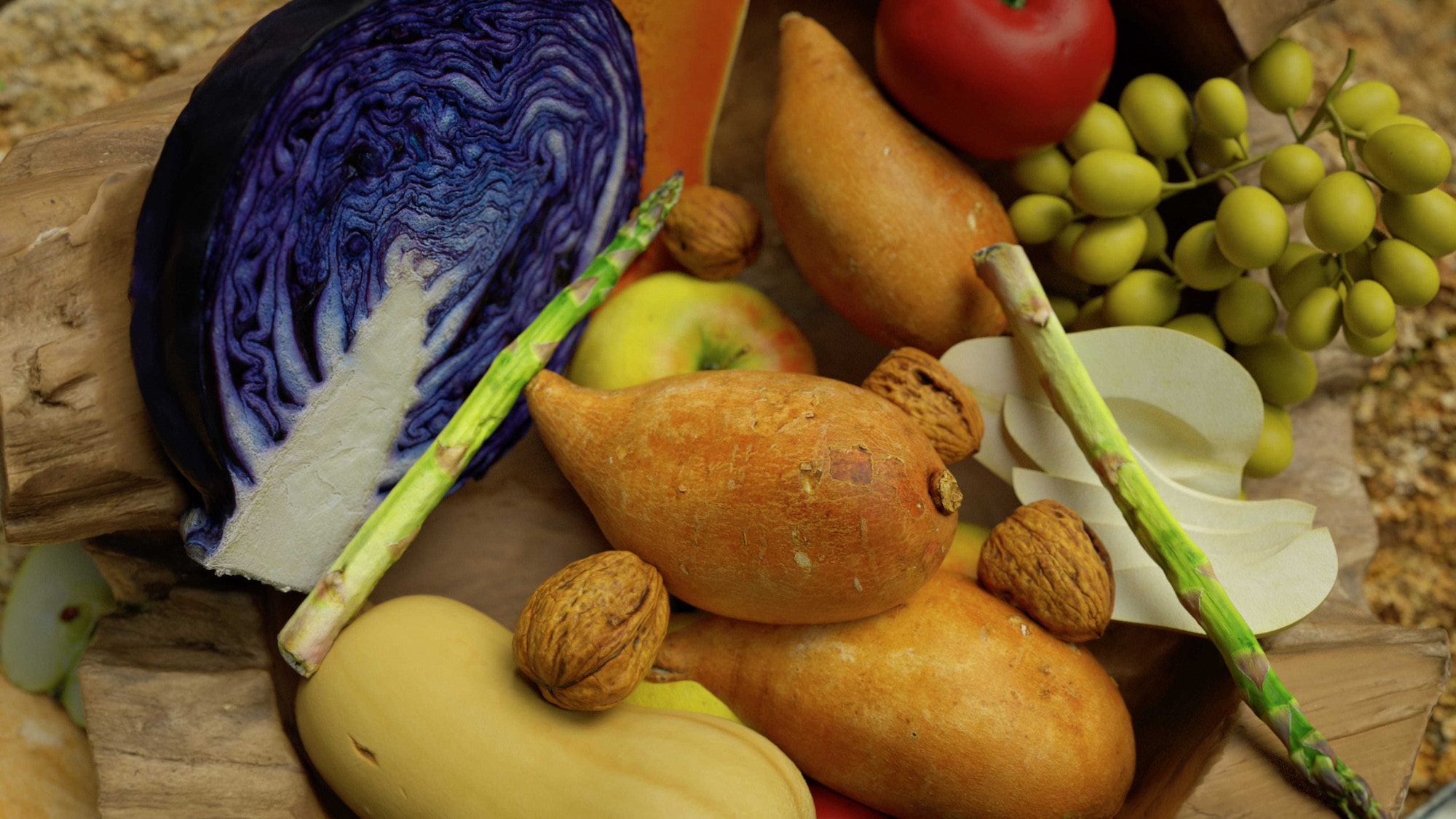 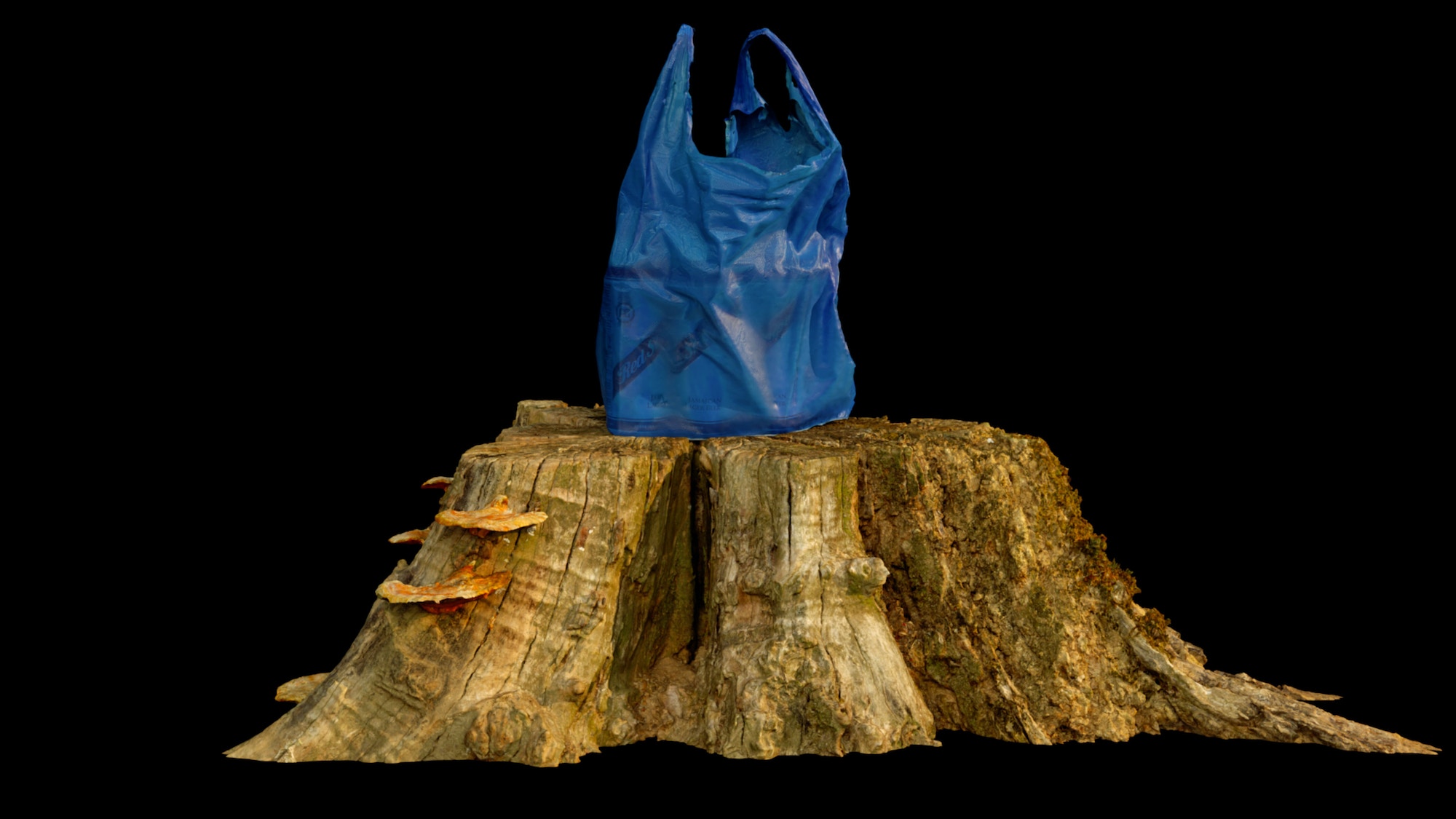 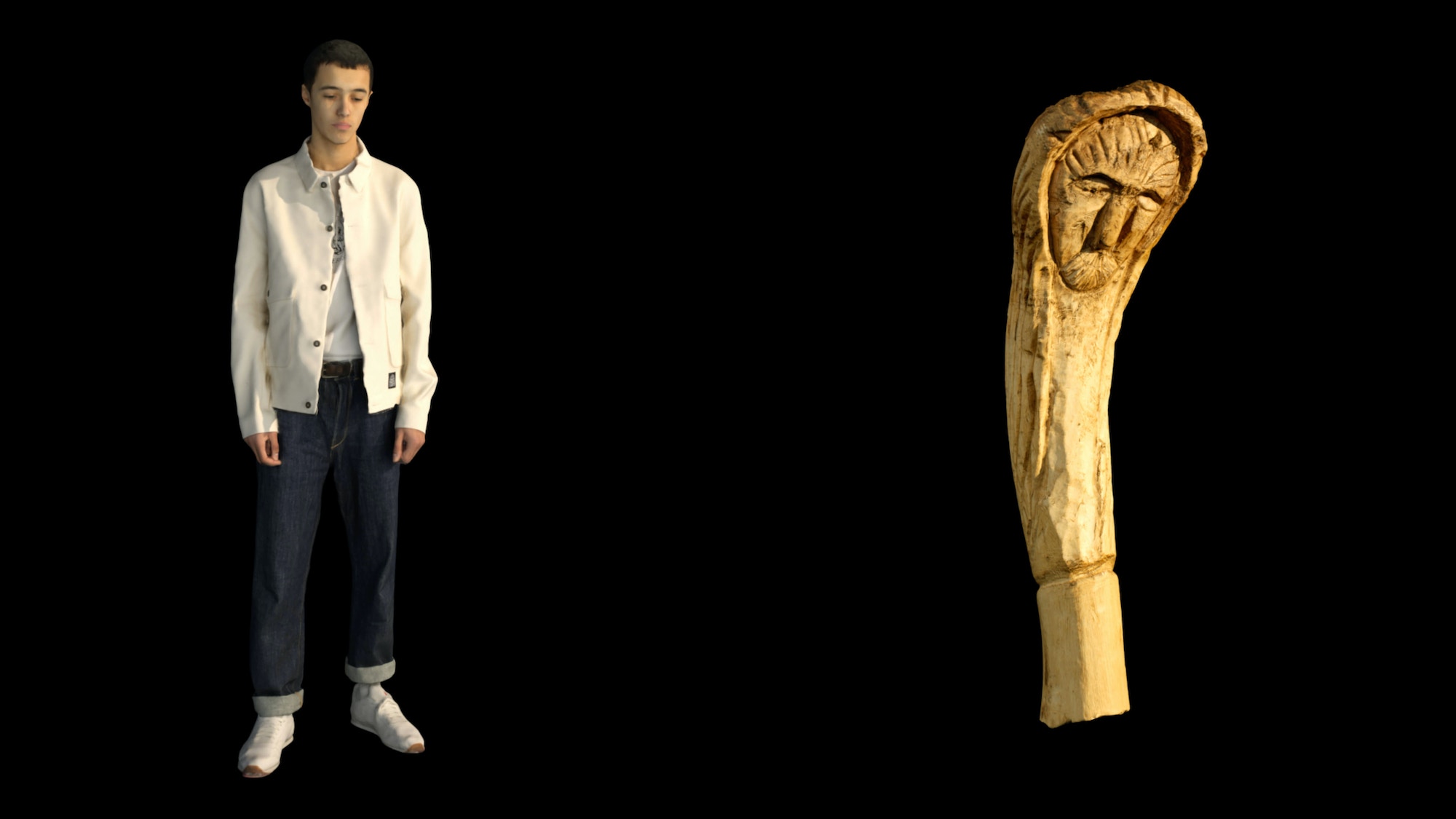 A still from the finished lookbook film

“Working in the design industry will never be a 9–5 job. You must love what you do” Motion graphics designer Will Lanham

Double Trouble: Seven duos on making it work as a creative partnership