This week we speak to activist, writer, public speaker and worldwide head of culture and inclusion at M&C Saatchi, Sereena Abbassi, who also serves as an advisory board member for diversity-promoting platform The Other Box. She tells us about her current role, as well as her prior endeavour All Here, a platform for helping organisations become more conscientious and inclusive. We also hear about her upbringing, living abroad and her tips for anyone looking to set up inclusive initiatives in their own business. 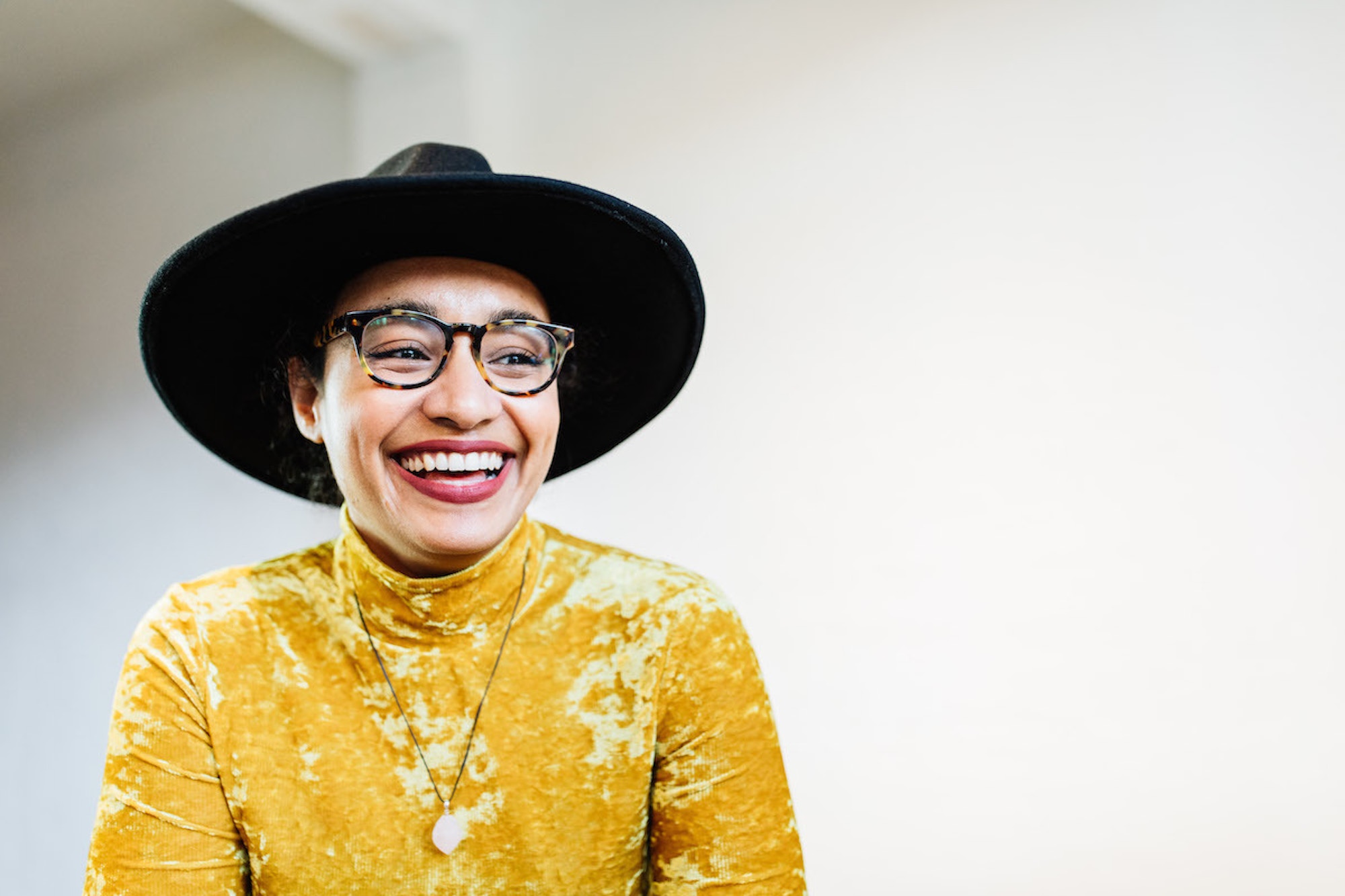 Having been headhunted for her current role in the wake of a decision by M&C Saatchi to improve its diversity policies, Sereena works to promote inclusivity, the value of different viewpoints, and education around unconscious bias. As she states, her day-to-day consists of “advising and consulting and lobbying for things that I really believe in so they then turn into policies”.

In her role, Sereena runs a variety of educational programmes aimed at improving the company’s approach to issues concerning gender, race and minority groups. Recently, she has been focusing on male mental health, as a way of opening up a wider conversation about gender disparity in the industry.

As an expert in her field, having run her own diversity, inclusion and accessibility platform, All Here, Sereena is given a lot of agency when it comes to creating policies and strategy within the company. And it’s of utmost importance to her that she remains conscientious: “I’m very present to the fact that I am within an institution, and I think that because of the nature of what I do, I need to make sure that I don’t become institutionalised.” As she says, her ongoing commitment is to “keep on engaging with all the different communities that are unrepresented”, rather than settling into in-house office life.

“Because of the nature of what I do, I need to make sure that I don’t become institutionalised.”

For Sereena, the ability to empathise and do her job well relates to the experiences that have shaped her personality and outlook. Recognising the importance of speaking openly about personal experiences of trauma, she tells us how she came to terms with her difficult upbringing and the inheritance of violence in her family, by attempting to understand the deeper issues and motivations which lead to violence. “Nothing can excuse violence”, she says, but her emotional and intellectual reconciliation with her experiences has ultimately informed her empathetic approach to her life and work.

Sereena believes that her worldview and her determination to seek positive change are also rooted in her experience of different countries and cultures. “I moved to Iran when I was 18, for eight months,” she tells us, “and it just completely changed my view on the world.” She’s also lived in the Netherlands, Canada, the USA and Madrid, all of which have helped her understand the benefit of uniting a wide range of backgrounds and experiences. “You might not see how that experience is going to lead to something,” she says, but “it will give you an access point; it will give you an opportunity to connect with another person.”

“I moved to Iran when I was 18, and it just completely changed my view on the world.”

Although Sereena departed from the artistic route in favour of economic stability, her creative endeavours have fed into her accessibility-focused work, from running interactive talks, inclusivity training and a creative hackathon to setting up All Here, an social enterprise aimed at educating brands and companies about diversity, systemic discrepancies and how they can be addressed.

While Sereena and her team have managed to fully integrate diversity policies into the company's business strategy, she thinks that for the industry as a whole to progress, the structures which perpetuate systemic issues need to be dismantled and rebuilt to make inclusivity and accessibility the standard. Sereena says, “meritocracy is a myth […] whiteness, able-bodiedness, all these different things have meant that we’ve been able to gain access to a space.” There is a need for more roles like hers in industries where nepotism and affinity bias still prevail when recruiting.

For others looking to implement similar initiatives, Sereena stresses the importance of building up a network based on personal connections and finding a mentor and a sponsor to support and elevate your progress. For those already in the industry, she advises having a conversation with a company’s CEO about the need for a diversity and inclusion role: “pitching to businesses is a great way to go, especially if you can really highlight the value that you as an individual will be bringing.”

We speak to designer Rob Peart about surprises, Singapore and kopi-fuelled standups

Trippin co-founder, Kesang Ball talks growing a brand and the importance of collaboration

Recent grad and graphic designer Lauren Goodland on balancing a job, social life and business on the side