Reporter by day and presenter by night, there’s no denying that Rakeem Omar knows hard graft. The Birmingham-born community reporter and presenter always thought that working at the BBC was just “one mad dream”. How he got there, though, wasn’t a simple path: an invite to present a show with a then-unknown Love Island star led to many great opportunities, including making his documentary UK R&B – Where is the noise? for GUAP magazine, as well as working alongside presenter Chanell Wallace on her breakout documentary for BBC Three. Here, we chat all things journalism, why Birmingham is the “best of both worlds” and how, most importantly, you should never give up on yourself. 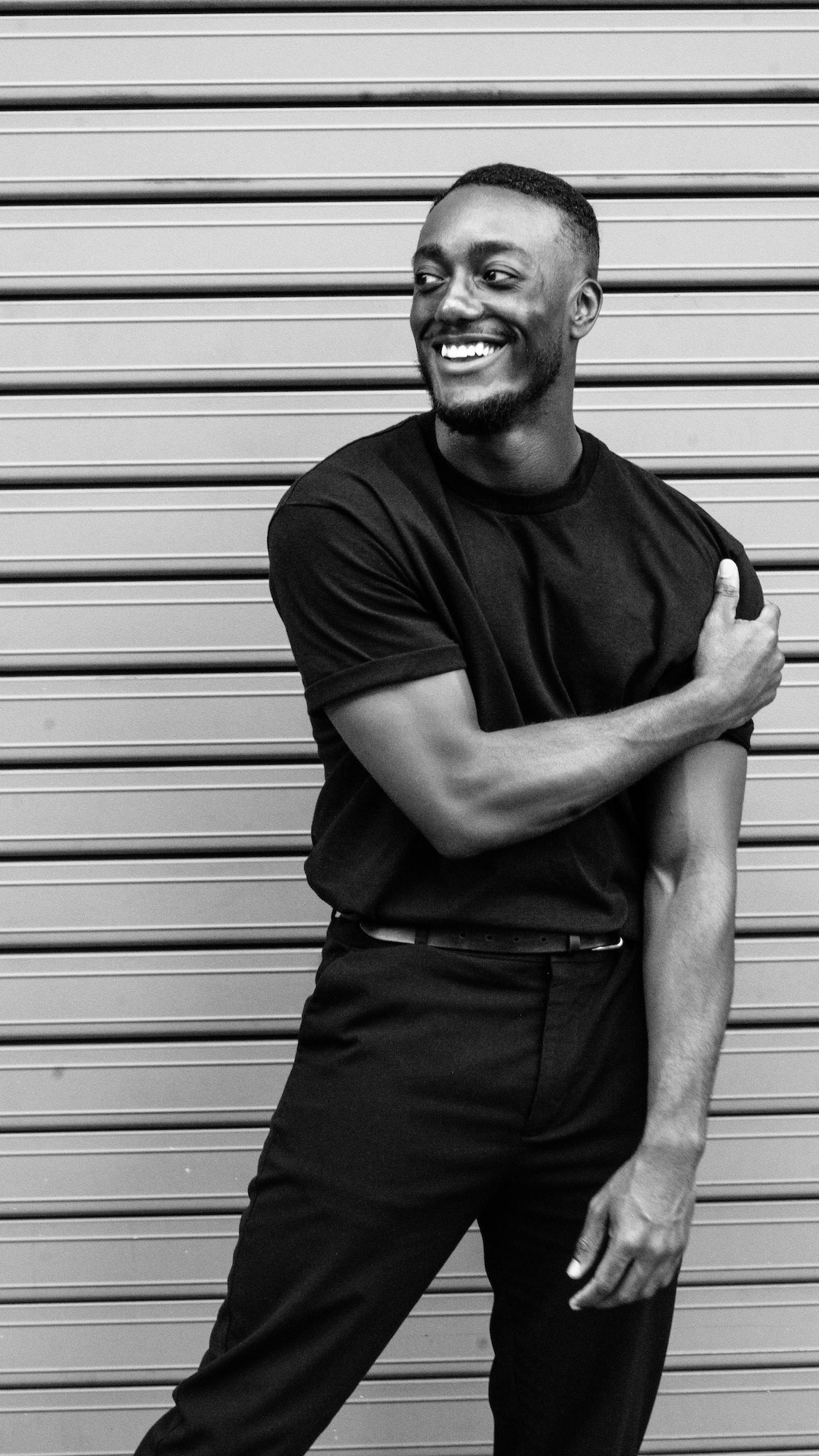 How would you describe what you do?
By day, I am a community reporter at the local newspaper BirminghamLive, and a presenter during the evening twice a week on BBC Radio WM. As a community reporter, it is my role to highlight stories on Birmingham’s underserved communities, such as ethnic minorities and young people.

How did your role at the BBC come about, and what would you say is your favourite thing about working with the company?
I am so grateful to be working at the BBC. I will never forget growing up in a city where being part of this British institution was just one mad dream. There were barely any people I could actually look up to as an example; a young Black man from Birmingham on the BBC was foreign to me.

“There were barely any people I could actually look up to as an example; a young Black man from Birmingham on the BBC was foreign to me.”

Funnily enough, my journey to this point as a BBC presenter has been very different from what I think a normal route would be. I am very aware that my experience is unusual. I was invited by a producer (shout out to Shanequa Paris) to be a guest on the first episode of a new show with Sasha Simone. I had no idea what to expect. It was a former Love Island contestant and myself at the time, and I didn’t even know what the show was. I just thought that the opportunity to be in front of a BBC mic was an honour, so I just made sure to give the best of my personality.

I ended up being invited back to do more shows and one day I plucked up the courage to ask to shadow. I came with ideas and ended up doing short segments on that show and another one every single week; I did that for about eight months. I just wanted to learn as much as possible, and it was a fun time.

I believe it was June 2019 when one of the bosses asked me if I wanted to start doing a show. I couldn’t believe it and to be honest I’m still low-key in disbelief that it happened for me.

but i can finally share... that after four years of working SO HARD to get into radio (shadowing, work experience, podcasts, guest roles & more) THAT YOU’RE NOW LOOKING AT A NEW @bbcwm RADIO PRESENTER 😭😭😭 pic.twitter.com/BbvlQirt6C

How do you find Birmingham as a place to live and work from?
Birmingham gives you the best of both worlds: the pace of a busy city matched with a rural setting.

I think we overlook how this city, yes, is currently going through so many development changes, but is also interwoven with large pockets of green spaces. Not everyone has the privilege to live in areas like this, but in comparison to London, there is greater accessibility.

Birmingham has so much to offer; there are so many creative people here. However, there is a massive lack of infrastructure in the creative industries in comparison to cities like London and Manchester. I believe a lot of people are let down by a lack of access to platforms. The fact remains it is the second city as well as being the youngest city in Europe. More should be done to honour that. Big up the 0121 each and every time though. 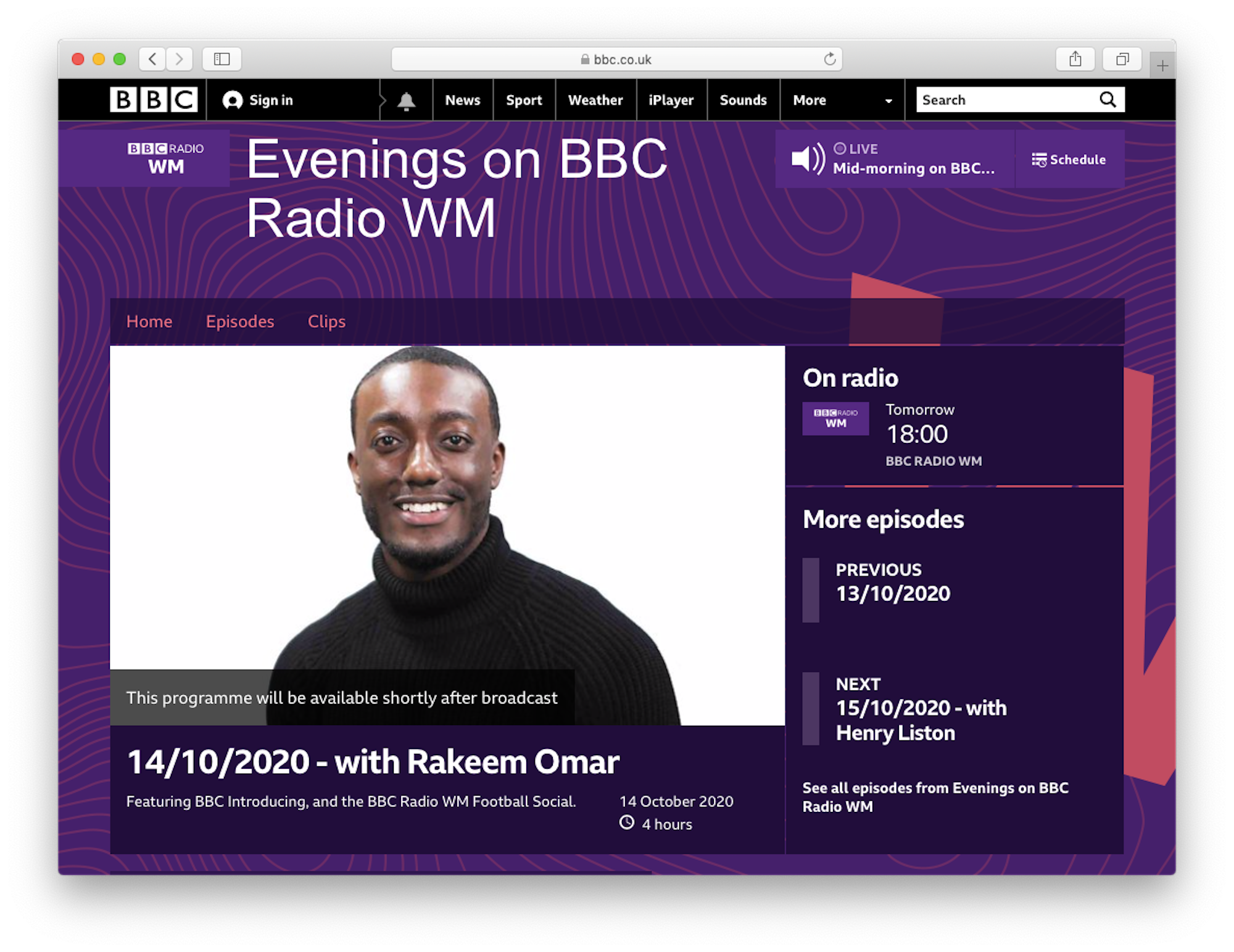 Rakeem’s page on the BBC

With so many changes happening all over the world over the past few months, how do you feel your industry, role or outlook have been affected?
It’s interesting, because during the last six months of being in a pandemic, I have watched so many of my friends, family, and others on social media using this time to slow down – but that hasn’t been my experience at all.

Things have actually sped up for me ever since lockdown started. The rush of news about coronavirus in the early stages meant more stories. At the BBC radio schedules changed to allow for more social distancing, so I went from doing three hours on the radio each day, to four hours.

Although things at work have begun to go back to ‘normal’ recently, I think overall I’ve been more productive than ever before. That’s actually so weird to admit, but equally, it’s been overwhelming. I’ve been so busy and have had to give a lot of energy to others, despite these crazy times draining my own.

“Radio is such a valuable medium. It has the power to uplift people out of incredibly anxiety-ridden dark moments.” 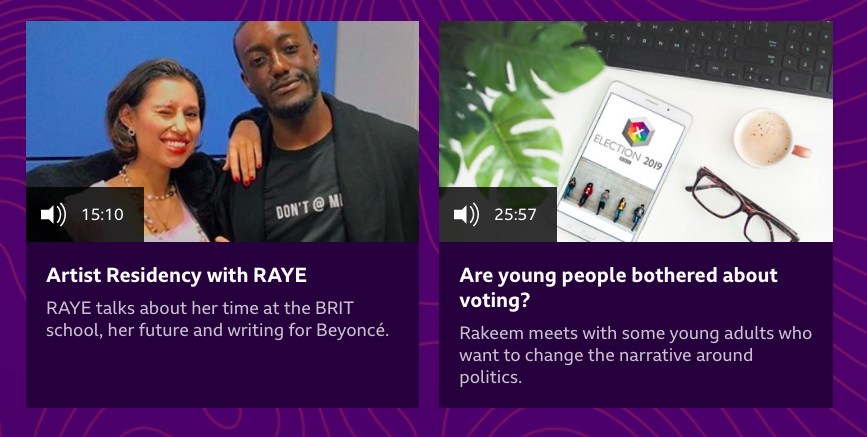 Some of Rakeem’s available shows on the BBC

Radio, for example, is such a valuable medium. It has the power to uplift people out of incredibly anxiety-ridden dark moments. Witnessing that first-hand has been eye-opening and beautiful. But quietly behind all the positive energy you’re putting out as a presenter, it’s not easy ignoring your own issues to raise the spirits of other people, you know? Although radio has never felt like a job, I guess that is just part of it.

To be honest, I am just so grateful to be able to continue working. So many have had opposite experiences and I’m just appreciative to keep going.

Rakeem’s documentary ‘UK R&B - Where is the noise?’ for GUAP magazine

Do you feel your upbringing had an influence on your choice of career?
I grew up with a parent who migrated to this country and another who is second generation. I think that, because of their experiences, they have always held high expectations for the futures of their children. They expected great things and all I could do was believe that too. I should probably go and thank them right now for that, now that I think of it.

My career, on the other hand, was always my own choice. But looking back on telling my Jamaican parents that I wanted to be a Paediatrician aged eleven was only going to create problems for me, when I eventually changed my mind mid-teens.

Do you feel that university has been an important part of your career progression?
Everything changed for me when I took a leap to go back into education to complete my MA in Investigative Journalism with Channel 4. I had never used editing software or filmed anything on a camera before starting the course.

One week in, and we were literally editing news packages on our own. It threw me into the deep end quite drastically, but equally opened me up to experiences that have helped to shape what I believe my purpose in life to be.

“I don’t believe in luck, but I think becoming an actual working journalist became a big break for me in my career.” 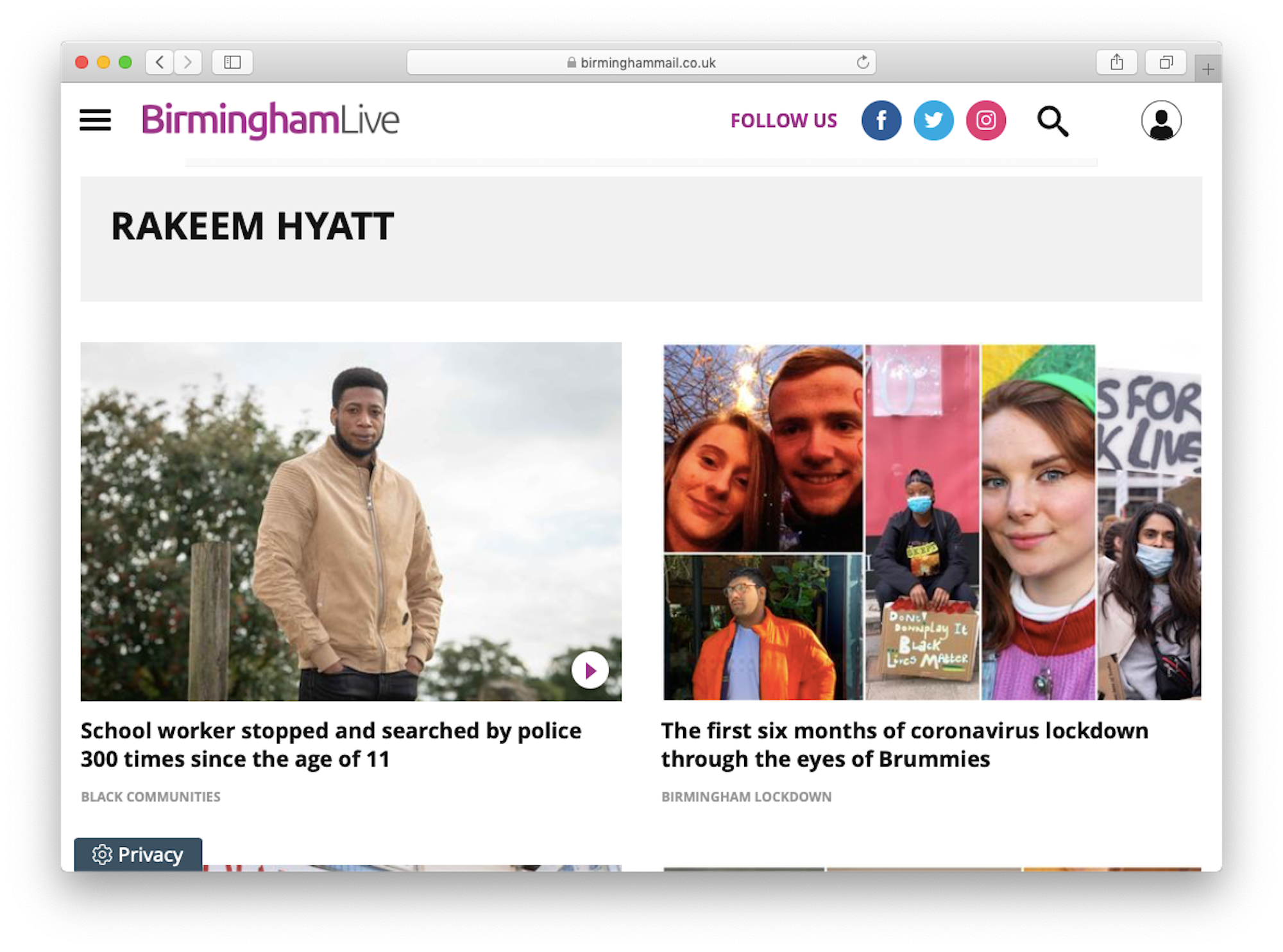 Would you say you ever experienced a lucky break?
I don’t believe in luck, but I think becoming a working journalist became a big break for me. As a community reporter, I have entered the industry at such a great time – when newsrooms have decided to invest locally in their communities. Because of this, I’ve been able to work on stories that previously would have been overlooked.

The news cycle has changed so much in the last ten years and has rapidly been shaken by social media. It’s about trying to utilise that as best as possible but, in many ways, the competition and drive for views has impacted storytelling.

My position has allowed me to break through a little crack left open by the social media zeitgeist, and I’ve been able to focus on the people. With that, I’ve been able to tell some great stories and really help people. It’s opened up doors, contacts and even allowed me to unashamedly add “award-winning journalist” to my Twitter bio.

Has there been a person or resource that you’ve found particularly helpful or inspiring?
Despite how I can low-key be frustrated with the toxicity of social media, it has also been the greatest vessel of inspiration for me. To see all of the amazing Black creatives doing bits across the UK right now pushes me to believe in the bigger hopes and dreams.

ayy my interview with @raye is now available to listen back to online on my @bbcwm page, as well as on @BBCSounds.⠀ ⠀ you can now listen back to the interview all 2020 as it’s available for a whole year fi yuh headtops.⠀ ⠀ here I asked @raye if she believes she gets the props she deserves. it’s funny because listening back this response resonates on a whole other level. ⠀ ⠀ we’re believing in our sauce all 2020 & don’t let anyone tell you any different yeah?

What advice would you give to an emerging creative wanting to get into the same line of work?
I would say that you don’t need my advice. But if I could offer it, I would say, whether it’s radio, news, television or whatever... just never give up on yourself.

Sometimes your light can shine so bright that others may want to dim it down a bit, so that they feel comfortable. Don’t. Do you and be you at all times fam. You’ll figure it out. Trust your gut. Because you – and the belief in yourself – is what’s always going to be enough when you’re doing your best.

At least that’s what I say to myself every other day. It’s worked for me so far.