A member of Work Editorial’s esteemed roster of editors, London-based Rachael Spann has worked her way up from a runner to being a go-to collaborator for some of the capital’s top directors. Recent projects include a Carphone Warehouse spot featuring Leigh Francis (aka Keith Lemon), a moody music video for indie band Daughter and a humorous ad for Cadbury’s ‘Have a fling with a Creme Egg’ campaign featuring a moustached lothario practicing his chat up lines. Last year also saw her work on her first TV show, Drunk History, a hilarious series where celebrities act out people’s inebriated recollections of historical events. Persistence and a sense of rhythm is key to her job, as is dedication – because of the on-demand nature of her work, Rachael hasn’t pre-planned a holiday in over a decade. 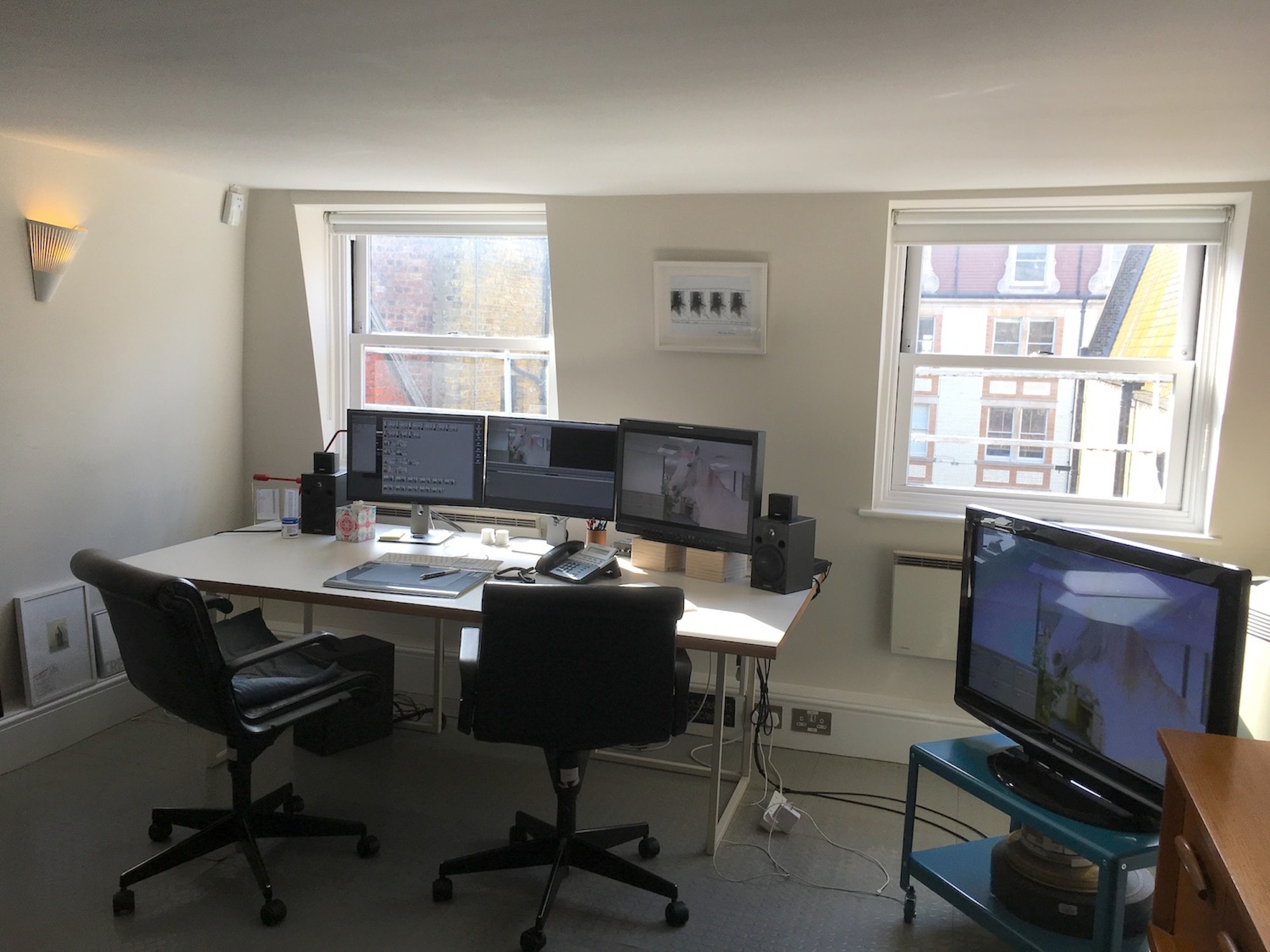 How would you describe what you do?
I select rushes (the initial prints of a scene or scenes before editing) and assemble the film and add music and sound design. I then work together with the director to get to a place that we’re totally happy with and then we present the film to the agency or client.

I work mainly with advertising production companies that produce ads, music videos, online content and short films. At Work Editorial we also work directly with advertising agencies on commercials. I’ve also recently edited series three of comedy show Drunk History, working for production company Tiger Aspect where the client was Comedy Central. This is the first time I’ve worked on a TV show. It was brilliant fun and great to spend five months on a project instead of the couple of weeks we do on commercials.

What does a typical working day look like?
I’m usually booked on one project at a time. It’s pretty formulaic on all projects although obviously the subject or idea is different each time. I’ve just finished editing a 30-second Asda commercial with Lucy Forbes, a director at Hungryman. We’ve worked together for about three years. She’s a great comedy performance director so the rushes were a joy to work with. I normally put the first cut together alone and then work with the director to refine it. Thankfully the agency, Saatchi & Saatchi, and the client loved the spot, so the edit that will go on air is pretty much the one Lucy and I presented to them.

Where does the majority of your work take place?
Usually at the office at Work Editorial, but we also edit on set – basically wherever we’re needed. Editing can be totally remote, but it’s always done on a computer!

How do projects usually come about?
I have directors I’ve worked with for years that use me for their jobs. A lot of the time it’s word of mouth. I also get work through being on the roster at Work Editorial. The company has a fantastic reputation so it helps being under its umbrella.

“A job comes to life when you can bounce off each other creatively.”

How collaborative is your work?
Completely collaborative, that’s what makes the job for me. I collaborate with directors and producers through to agency creatives and agency producers.

What are the most and least enjoyable aspects of your job?
I enjoy the collaboration the most. I do like to work alone at first on a job, but it all comes to life when you can bounce off each other creatively. I’d happily never create another title or super [the small text at the bottom of the screen during an ad]. I’m quite a calm person so I don’t find the job stressful at all. It’s sometimes frustrating, but definitely more exciting than stressful.

What has been the most exciting project of the last twelve months?
Definitely editing Drunk History. It was a totally new challenge. The process of editing and shooting the show was brilliant. We edited the dialogue for each story from a two-hour drunken storytelling piece to camera, then director Tom McKay, producer Ben Rogers and the team would go off and shoot live action to fit that story. We’d then put it all together. The project was around five months in edit from start to finish on nine episodes.

What skills are essential to your job?
Being a good collaborator, understanding pace and rhythm. I think you just need to enjoy it.

What tools do you use most for your work?
A Mac (ideally!) and Avid Media Composer.

Would you say your work allows for a good work-life balance?
Sometimes, although I haven’t pre-planned a holiday in 13 years! You cancel a lot of personal plans but that’s your choice. If you enjoy your work, I think it’s worth it.

What did you want to be growing up?
I never really had a plan but I definitely wanted to do something creative.

What were your first jobs?
I started as a freelance runner at Glassworks straight after my degree, then I became a runner at DGW editors, which was in the same building as Glassworks.

Was there anything in particular that helped you at the start of your career?
I don’t think I can pinpoint one thing or person, but the period where I was an assistant editor at The Quarry was an incredibly inspiring time. The work being produced and the editors I assisted made me want to become an editor.

What skills have you learnt along the way?
I think the main thing that has developed is my confidence in my skills. The skill set has shifted since I started as we tend to do more post-production and visual FX in the edit now.

What’s been your biggest challenge?
Learning to enjoy downtime between jobs.

Is your job what you thought it would be?
Yes, its a brilliant job. I didn’t really have any misconceptions; you spend years as an assistant editor watching and learning.

What would you like to do next?
A healthy mix of commercials and long-form editing, please.

Could you do this job forever?
Yes.

What do you feel is the natural career progression for someone in your current position?
To move into feature film editing.

What advice would you give to a young creative wanting to become an editor?
Get a job as a runner at an edit house, work hard, show initiative and enjoy it. You can’t go wrong.

We chat to photographer and artist Luke Evans about getting an agent, his kit and making ends meet