The campaign, led by Mother London duo Kyle Harman-Turner and Martin Rose was a huge success making The Sun’s front page with then Chancellor of the Exchequer, George Osbourne, in the role of Dave. It was also featured across hundreds of news channels, parodied by the British public and being named Campaign Magazine’s Campaign of the Year 2015.

This year though the campaigns two biggest stars Dave and Colin pit themselves (and their respective squads) against each other in the dance off to end all dance offs. Here, creative Director Kyle Harman-Turner talks us through how the project came together…

So there’s not really a question as such here but it would be great to get an idea of how long you’ve worked on the account for and the work you’ve done for them. Maybe mention how/when you won the account. What was the brief for this specific job?

We took over as Creative Directors on the ‘You’re So MoneySuperMarket’ campaign roughly three years ago and were briefed to try and reinvent it into something that really stood out.

We wrote a film called ‘Epic Strut’. The concept was based around a man with the top half of Phil Mitchell and the bottom half of Kim Kardashian. The ambition was to try and get people to stop in their tracks and talk about this powerful, odd and hopefully funny new film on their television screens.

Thankfully, it captured public attention, catapulting the campaign into the public consciousness. The film transformed from an advert into a piece of entertainment that was spoofed and parodied in culture. Britain’s biggest newspaper, The Sun, even featured the character on the front page, with industry legend, Dave Trott, estimating that it must have generated fifteen million pounds worth of free media coverage. Business results were up by 38% and the brief ever since has been to make MoneySuperMarket the go to destination for Britain to save on their Car and Home Insurance. Since then we’ve followed up with the ‘Epic Builder’, ‘Epic Wolf’, ‘Epic Dance Off’ and now, ‘Epic Squads’. 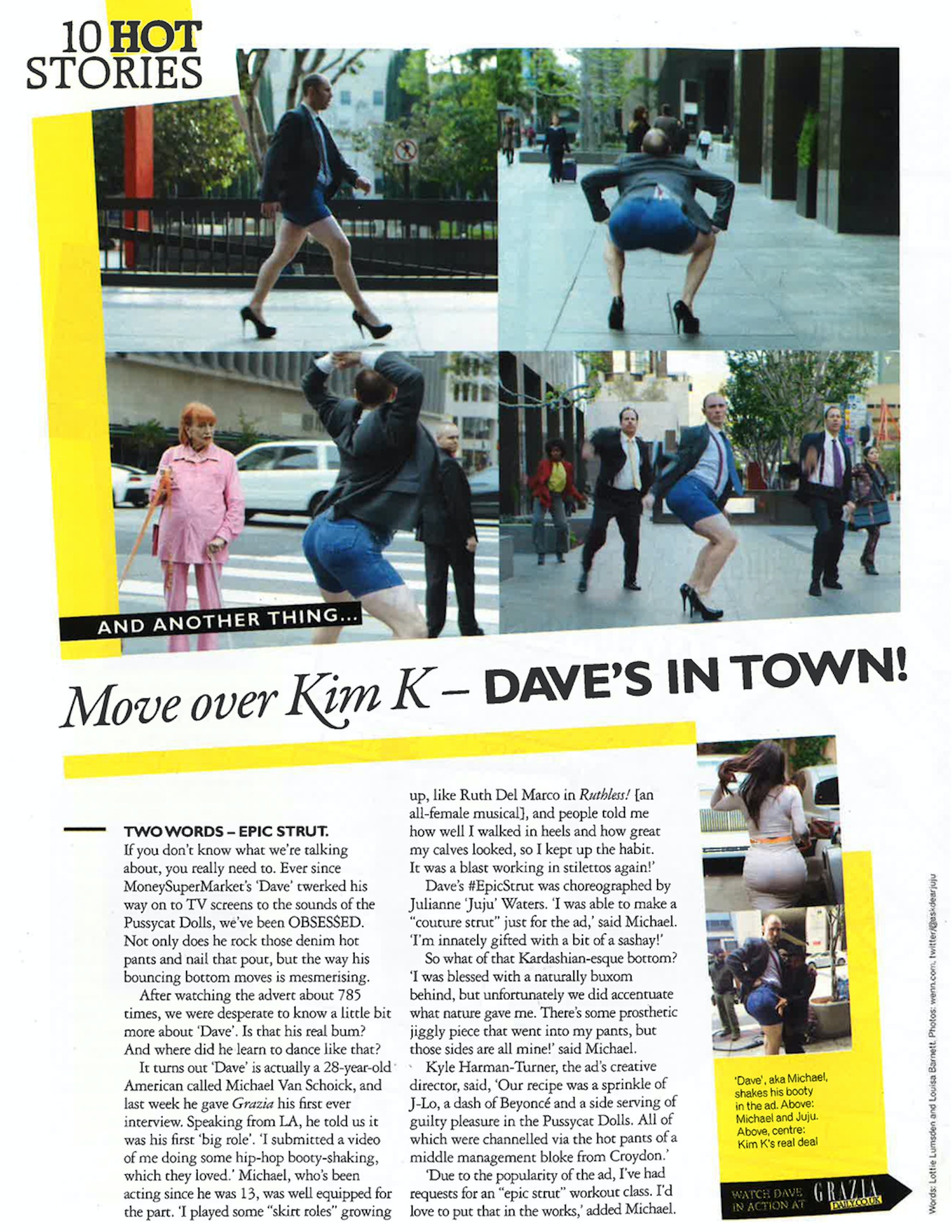 Over the course of the campaign, creative teams at Mother have generated thousands of different scripts. It’s testament to the core creative idea of ‘saving money and feeling epic’ that the campaign has been able to last for so long. Every now and then we print out the entire history of scripts to look over the evolution of where we’ve been and where we’re heading.

However, since ‘Epic Strut’, the truth is that we longer own creative control over the MoneySuperMarket ads; the British public do…

Across Twitter, millions of fans have debated their favourite character, which led to the idea of the ‘Epic Dance Off’.

On Facebook, thousands of people have posted videos of themselves dressed as Epic Strut ‘Dave’ or Epic Builder ‘Colin’. Stag parties have even started dressing in the uniform of hot pants and high heels. All of which has led to the latest ‘Epic Squads’ film, featuring a range of ‘”real people”. 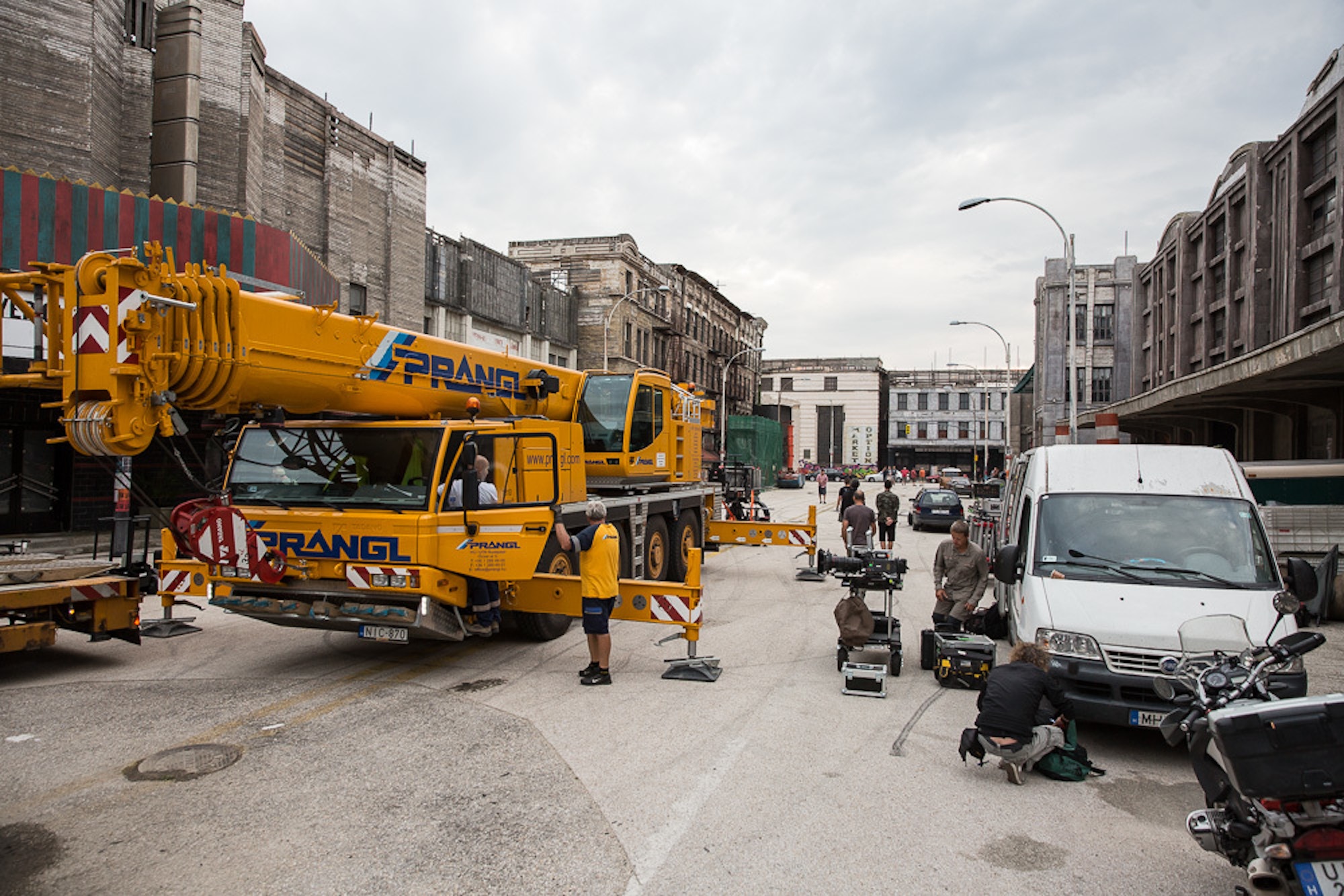 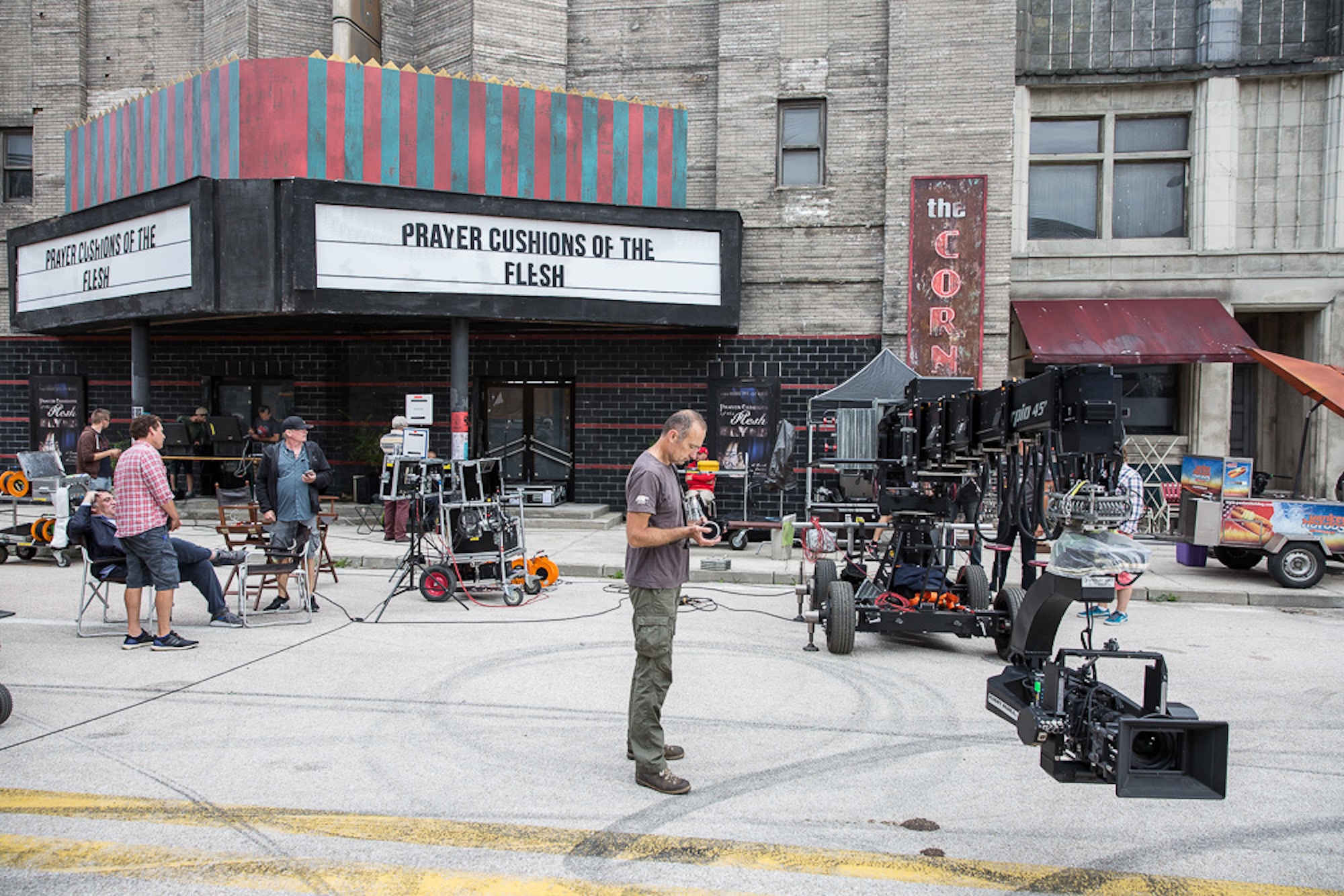 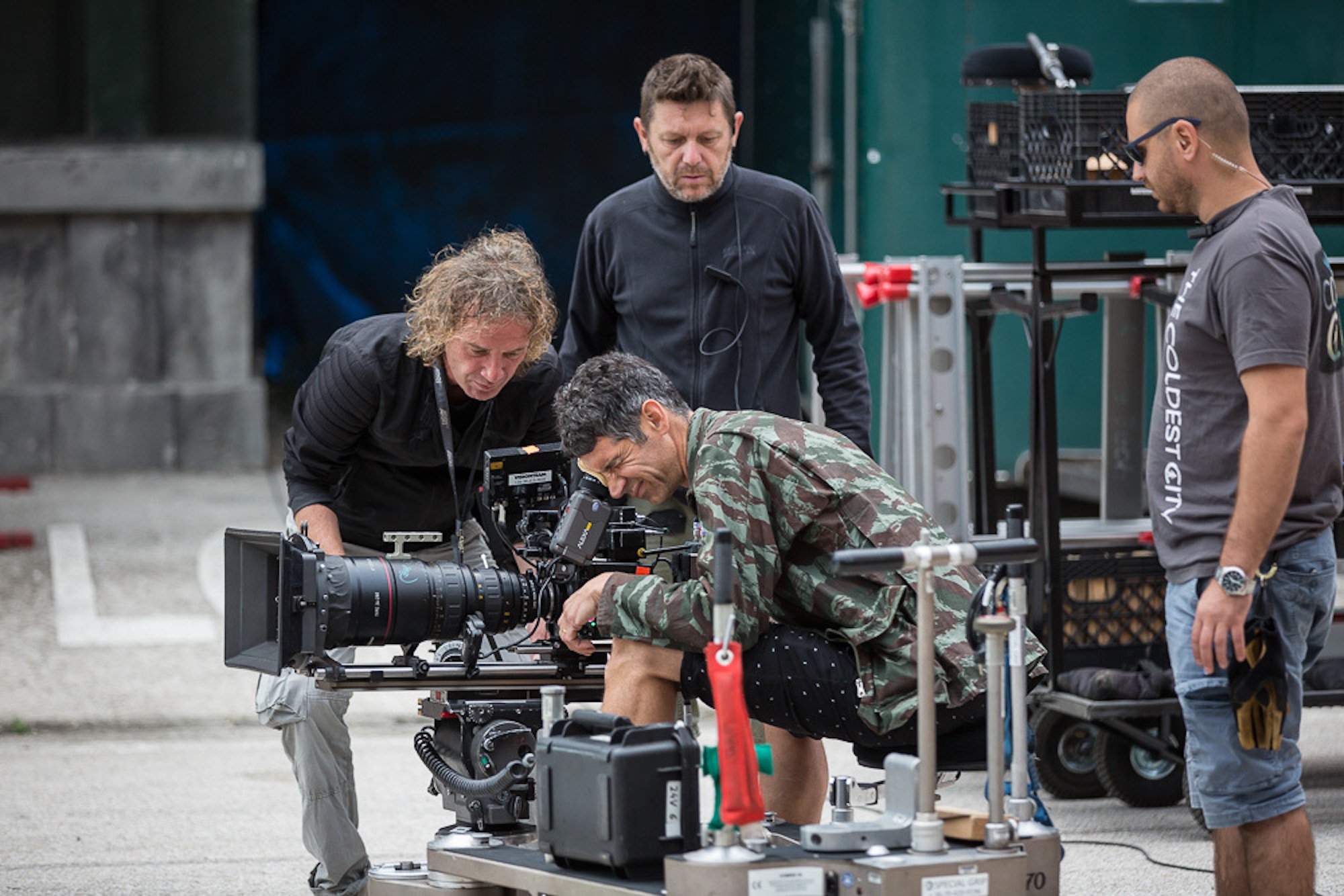 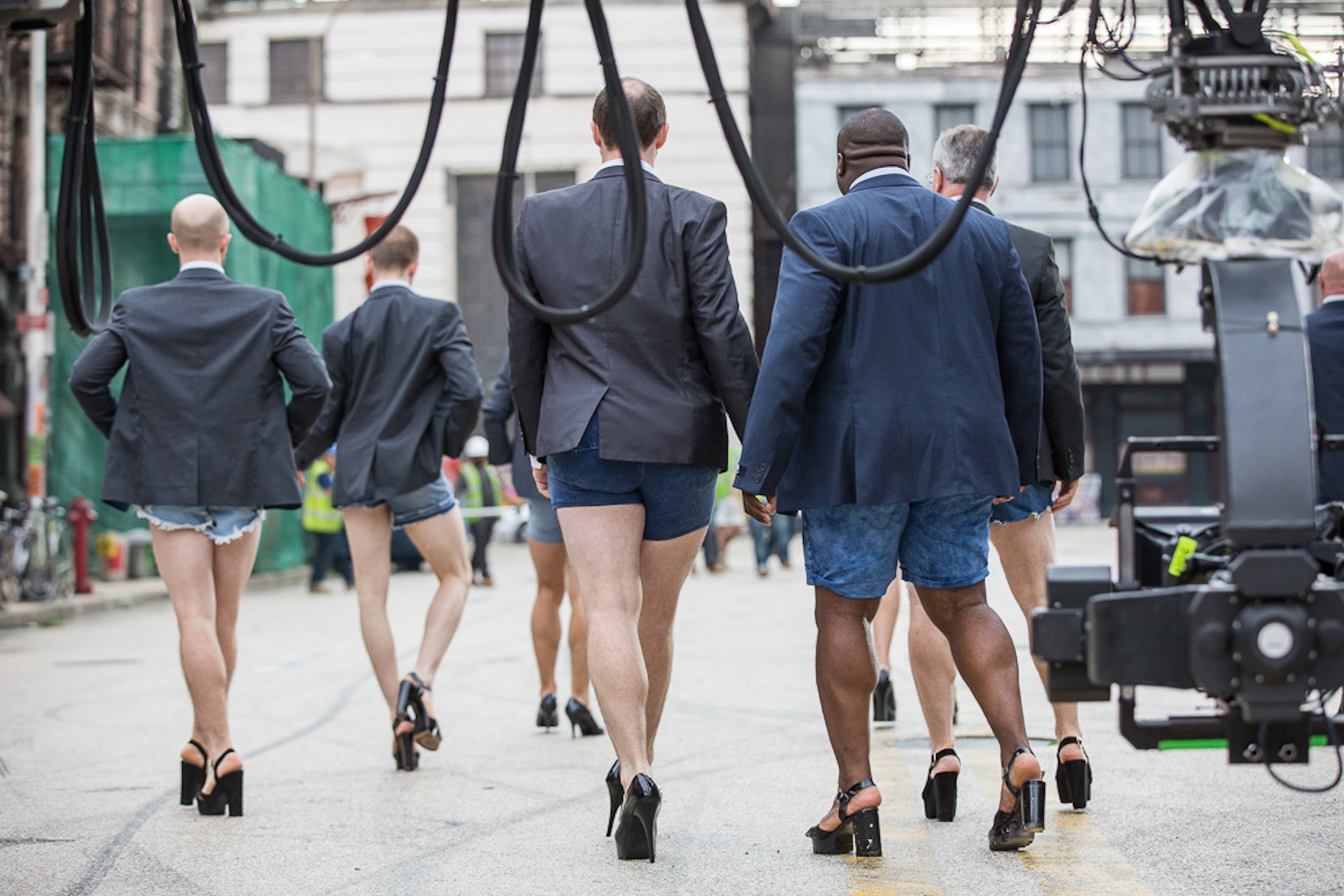 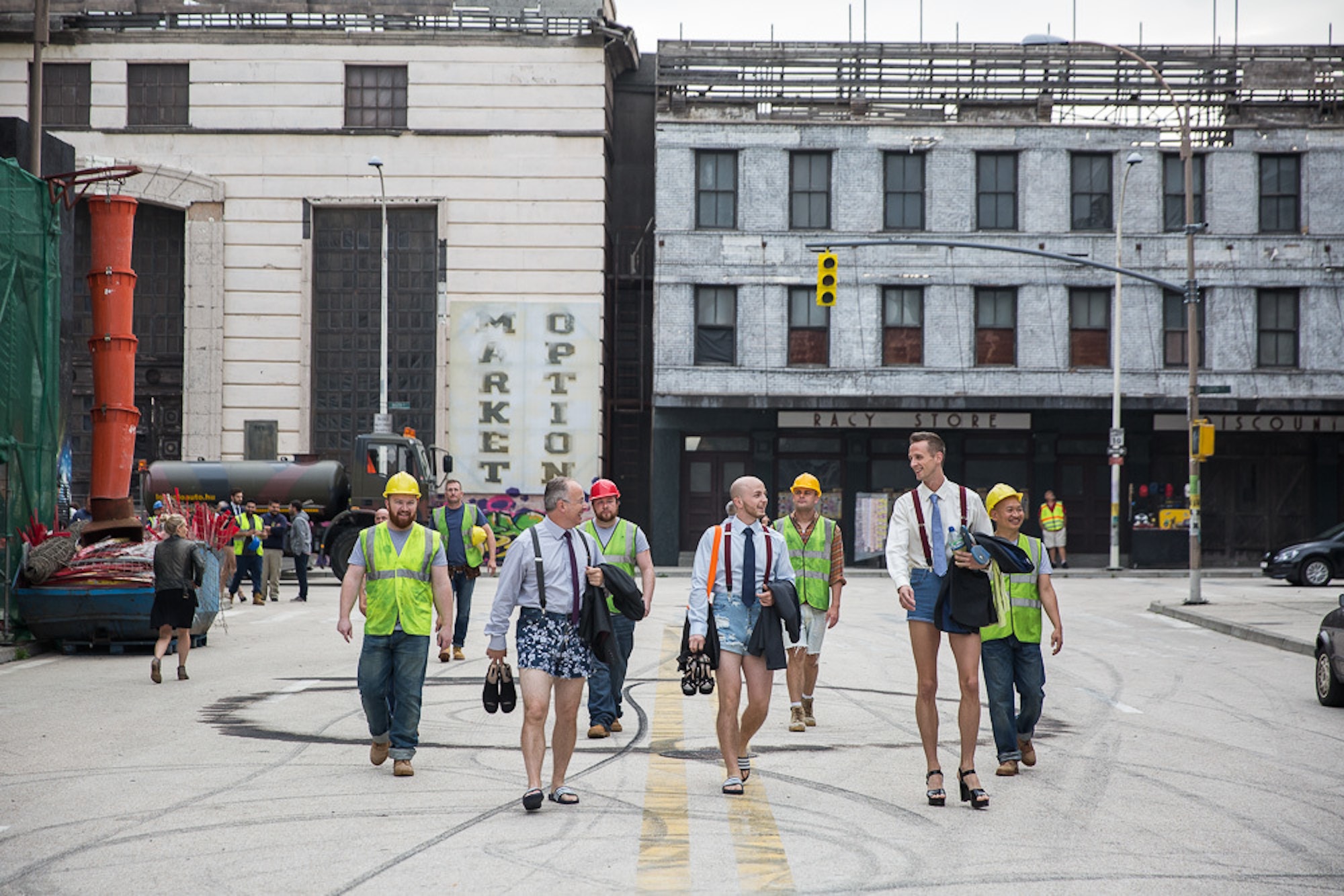 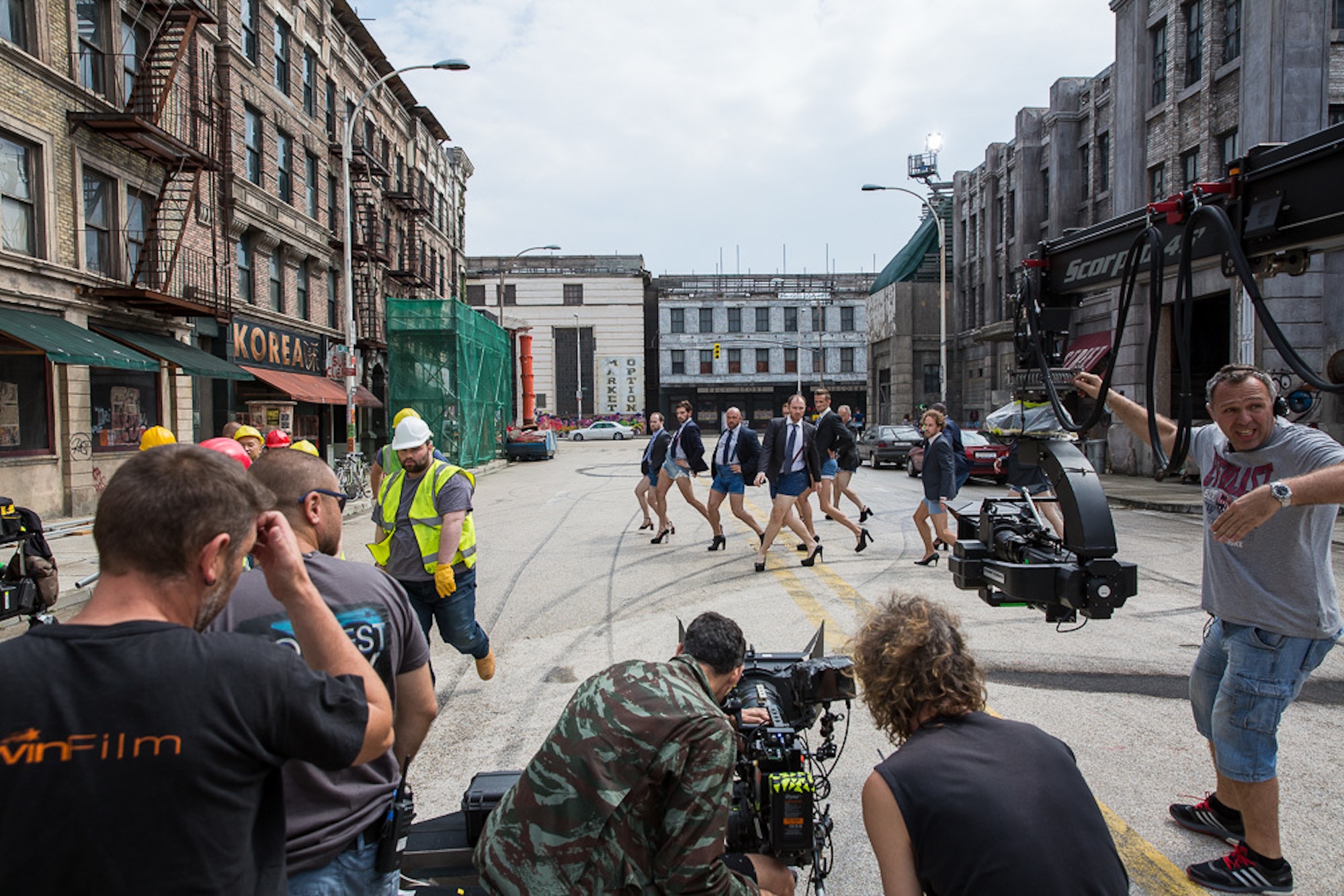 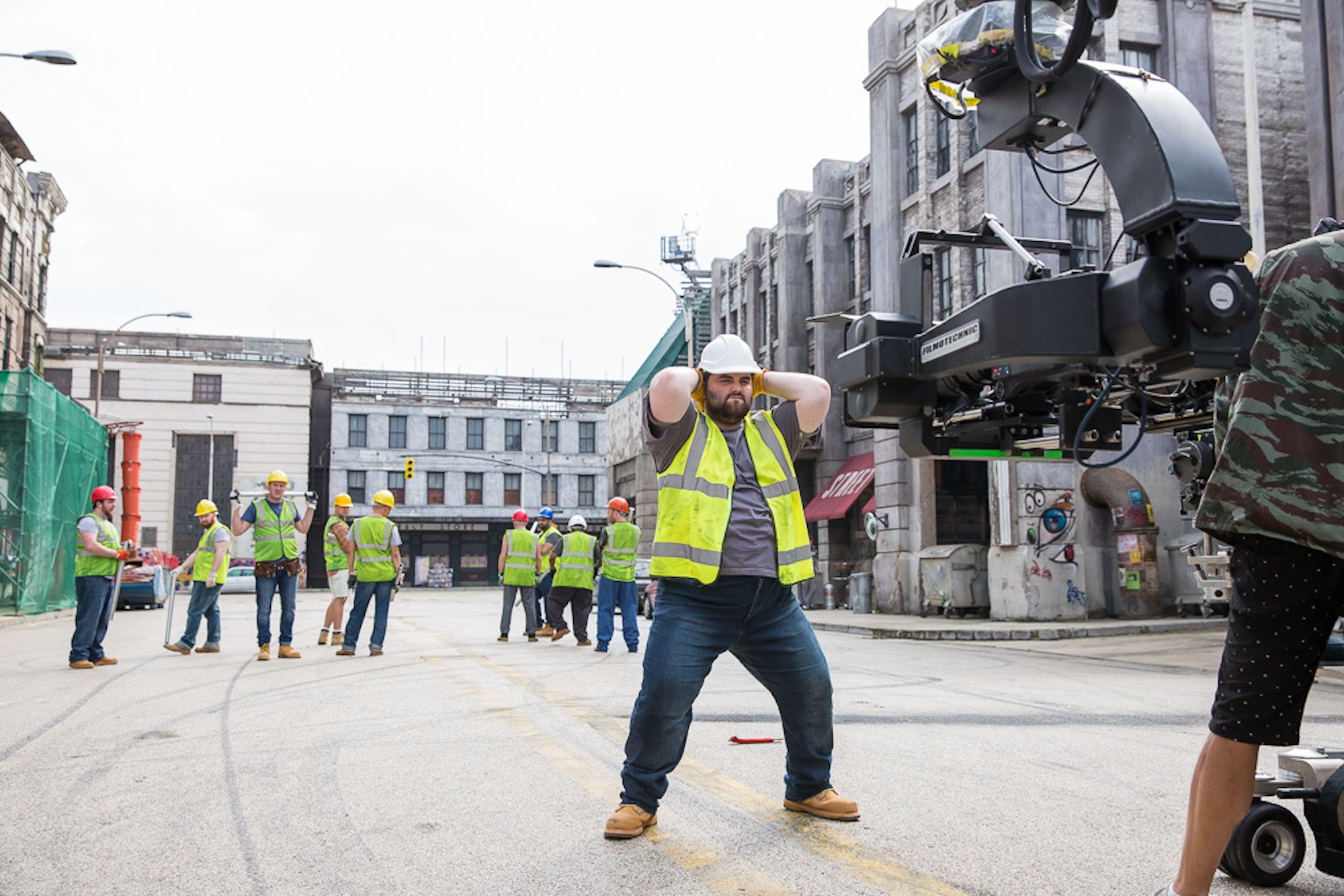 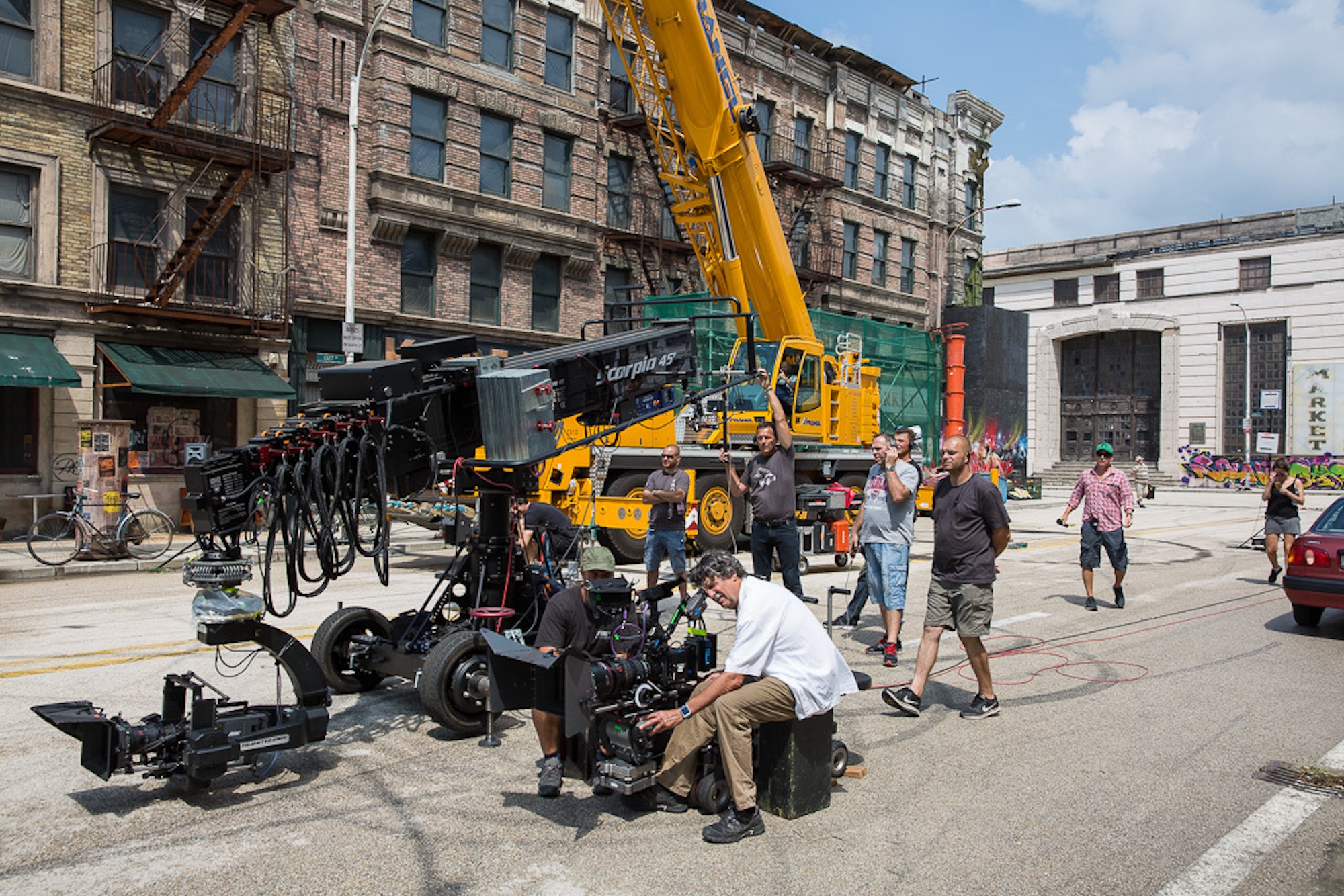 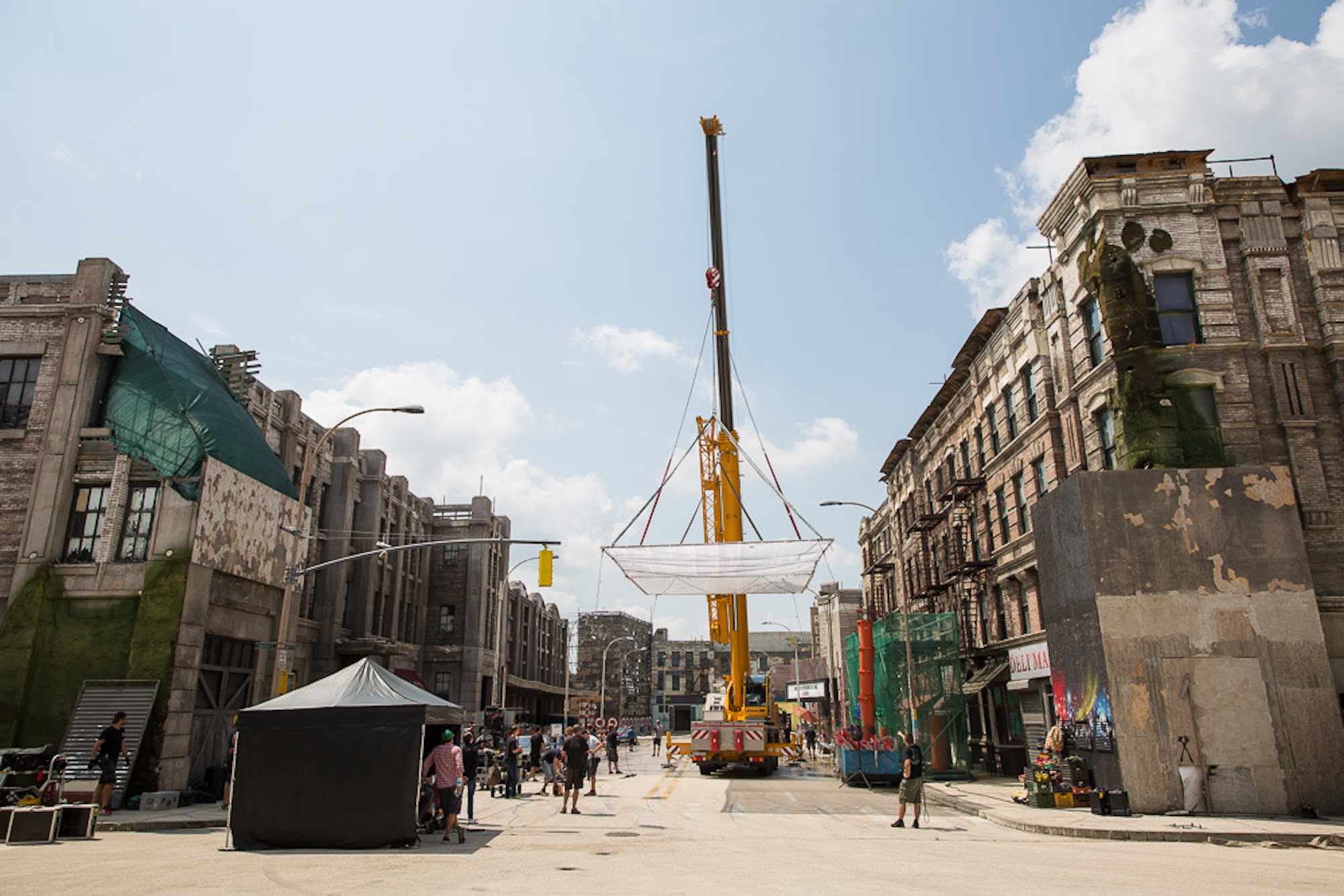 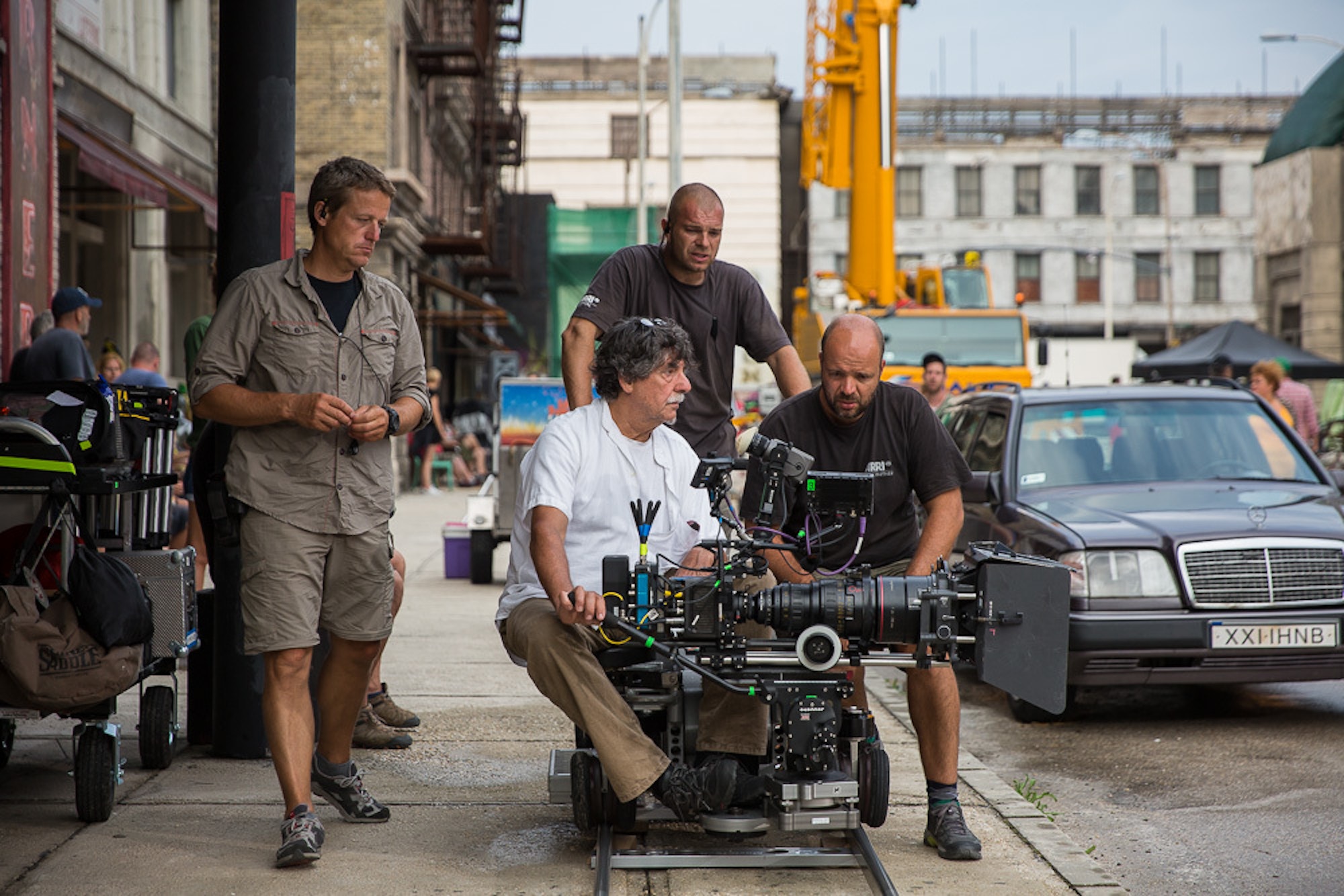 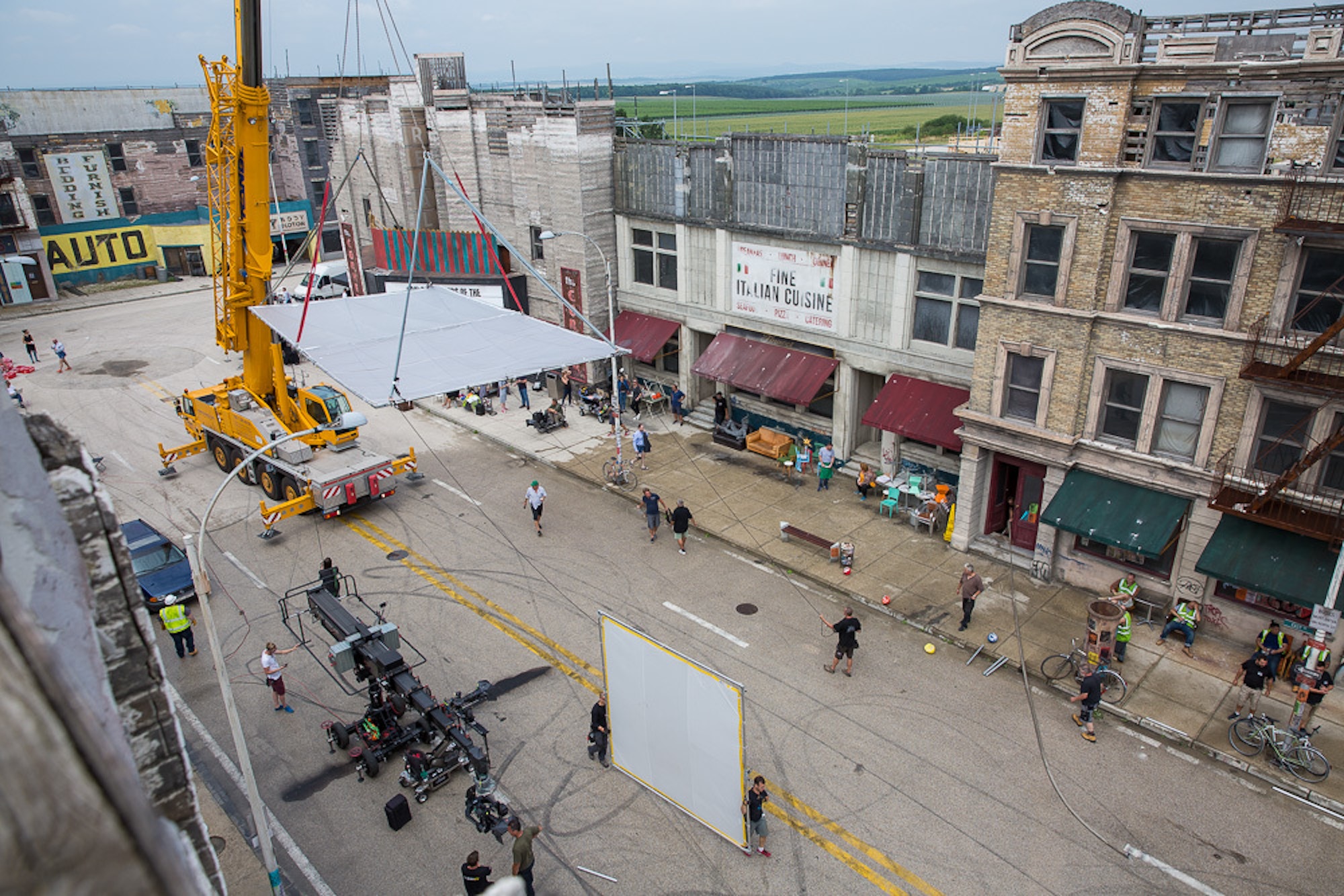 Many amazing people come together to transform the words on a piece of script paper into a living, breathing film.

The story starts with Emily Marr, the Head of TV at Mother London. She is our secret weapon and the master of bringing ideas to life. Emily connects us to the very best directors in the world and transforms seemingly impossible budgets into the possible.

With Emily’s help, we’ll connect with a select group of directors to pitch on the job. This is their chance to show us what they would do with the film. Noam Murro is the amazingly talented director and friend behind the ‘Epic Builder’, ‘Epic Dance Off’ and latest ‘Epic Squads’ film.

With Noam in place, we set about casting ten guys to feature on either side. After spending a week in Pineapple Dance Studios, it’s truly amazing to uncover how many men love to secretly dance in their wives high heel shoes. The balance with casting is to pick some great dancers alongside some really funny characters too.

The selected group are then introduced to one of most important people behind the film, choreographer Juju Walters. She is a truly incredible woman, who is full to the brim with insatiable talent and energy. She works with us to create the dance moves and routines that are used in the film.

From here we collaborate with a range of people including location scouts, set designers, makeup artists, wardrobe specialists and camera operators to name just a few. Everybody is super important and it’s a hugely collaborative effort.

The twists and turns in bringing a film to life are excitingly unpredictable. We ended up filming in a remote part of Budapest where some clever set designers have recreated an entire part of New York City, held up by nothing more than scaffolding poles and sticky tape.

The shoot is always the most glamorous part in the process but it’s actually very stressful. (First world problems, we know) Our families imagine us sat around drinking whisky, just like in Mad Men, but our job is to think five steps ahead to how everything will stitch together in the finished piece.

There’s lots to think about, from a two minute edit that the client doesn’t yet realize that they want to a 60”, 30” and three 10” edits. Not to mention three different behind the scenes films and photography assets that need to be captured.

To try and encourage PR coverage, we invite a journalist from The Sun to join us on the shoot. Fingers crossed that this should give us some key editorial space when we release the film.

We filmed the ‘Epic Squads’ ad with three different cameras, giving us a wide selection of angles to choose from. Traditionally we would only use two cameras but because there are so many key characters to cover in this film, we really push for three to capture as many close up options as possible.

The first job is to select the best shots with the editors. The difficult thing is clearing some of the most famous footage past Clearcast, the ad clearance service. One of our favourite shots is rejected as too overtly sexual. We laugh. We cry. We end up finding another brilliant alternative in the deep depths of sixteen hours of footage.

With the edit in place, we move onto the grade. Julie at a company called MPC is a completely brilliant friend who makes everything happen for us. Our brief is to create a modern take on West Side Story. The colours really pull out the Art Direction of the film. It’s always such a lovely part of the process to see how beautiful the picture is when it’s cleaned, repaired and coloured.

Whilst MPC squirrel away, we move onto the voiceover, sound mix and effects. The track we’re using on the film is ‘Dirrty’ by Christina Aguilera. With access to the stems to the track we can begin to sync every little detail to match the movements of the dancers. With the help of an amazing Sound Engineer called Sam, the jokes become really clear and pointed with the right sound effects. We bring in Peter Dickson, the narrator from the X-Factor, to provide the final voiceover for the film. He has the right “epic” tone that we’re looking for.

There are so many different ways to judge the results of the campaign. Our lovely clients at MoneySuperMarket will have important metrics to assess, from the percentage of people who recall the ad, to the amount of people saving on their Car or Home Insurance on the website.

The industry also has awards, from D&AD to Cannes Lions. We’ve been fortunate enough to win lost of shiny trophies, including the Campaign of The Year…

Yet ultimately, taxi drivers are the real judges of success. If real people are talking about it in the back of a cab, on a bus or in a pub, then we’re really winning. Perhaps our proudest moment is popping to the shop for a pint of milk and finding the ad that we dreamed up on the front page of The Sun. That’s the best result you could ever hope for.