Creative Lives — “What’s the worst that could happen?” – writer and director Peter Marsden on film, finding your own path and being fearless

Recounting the moment a camera was unexpectedly thrust into his hands on set, it’s clear that Peter Marsden relishes life well outside of his comfort zone. Counting VICE, Boiler Room and Dazed Digital as clients, he also works regularly for LuckyMe records, where his music videos for the likes of Rustie, Cashmere Cat and most recently Lunice have won him critical acclaim. The writer-director badge is one he wears with pride, even to the point of reaping satisfaction from filling out his occupation on tax-return forms. But for Peter, professional pride isn’t something that belongs on set: “If you’re the director on a shoot with a free hand and the floor needs sweeping…sweep the floor!” We meet to talk about taste, confidence and why you should make more mistakes. 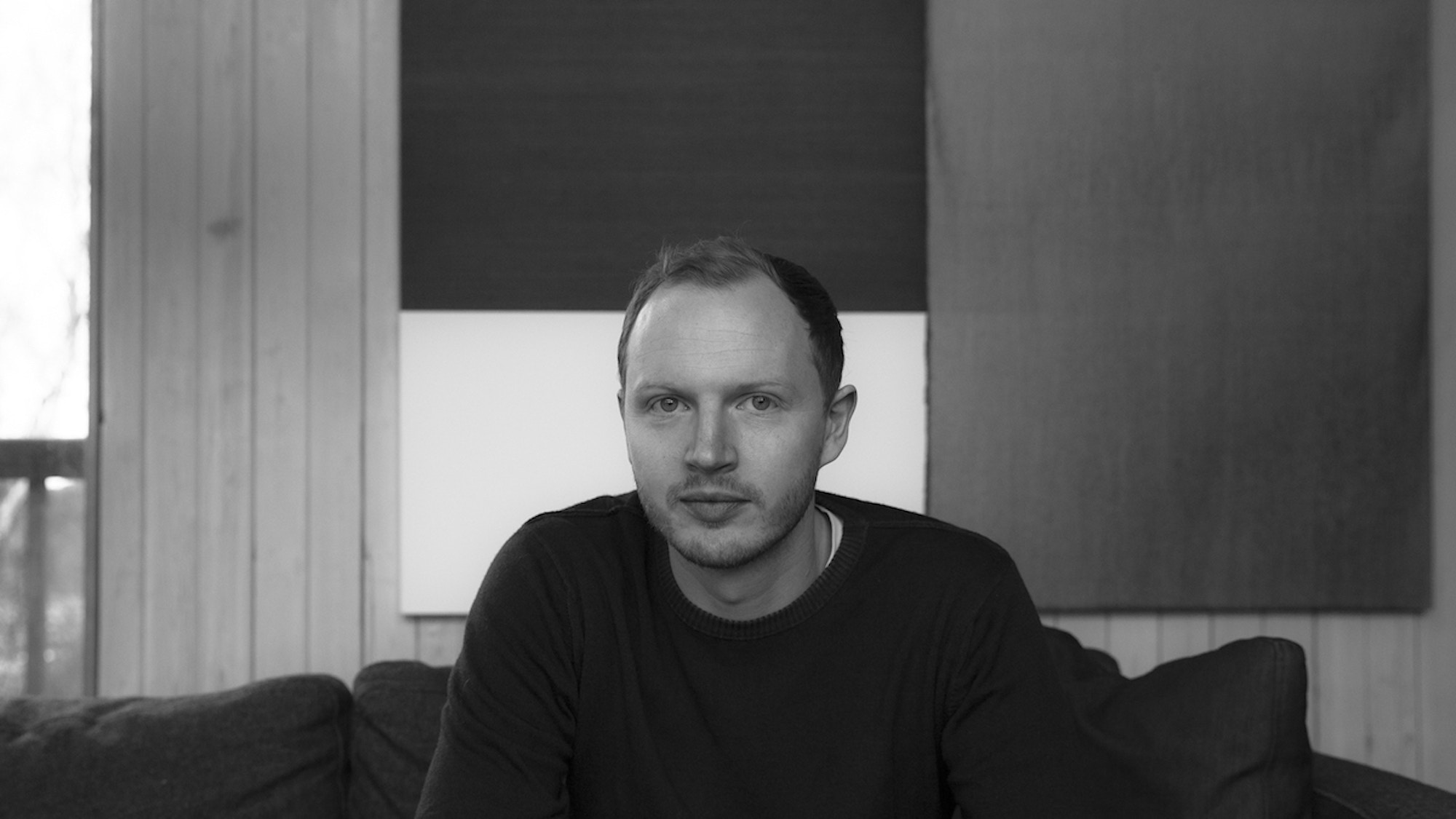 How would you describe what you do?
I’m primarily a writer and director, but not exclusively. Most of the work I do is related to promotion within the music industry, but some of that is self-initiated film.

What does a typical working day look like?
It’s a cliché, but there isn’t really a typical day for me. I’m really lucky in the variety of work I do; it can vary from directing on set to painting an illustration for a record cover.

How does your freelance work usually come about?
I’m terrible at self promotion, so people tend to get in touch if they’ve seen my work or I’ve been recommended to them by someone I’ve worked with before. I don’t take work on if I don’t think I’m the right person for it. I think it’s important to focus on making good work and let the rest fall into place.

I also work with the team at LuckyMe Records on all of the creative for their artists and releases, which is incredible. I’m sometimes given entire projects from the label, or work with external teams to deliver projects. We work as a collective, which means we take on external projects through the studio too.

“I don’t take work on if I don’t think I’m the right person for it. I think it’s important to focus on making good work and let the rest fall into place.”

How collaborative is your work?
A large part of my time is spent on my own, writing and editing, but some of the work is hugely collaborative. I really enjoy both aspects and love the feeling of being on set when the whole crew is pushing in the same direction. The dream is to have a team of people that just do what needs to be done to make the best work possible regardless of job role; if you’re the director on a shoot with a free hand and the floor needs sweeping…sweep the floor!

What are the most and least enjoyable aspects of your job?
One of the worst bits is accounting. I spend more time than I ever thought I would using spreadsheets. But to be honest, even the least enjoyable aspects are rose-tinted due to the fact that I get to do this stuff for a living. Even doing your own tax return has the built-in satisfaction of getting to write down what you do in the occupation field.

What has been the most exciting project of the last twelve months?
As always, the most exciting projects are the ones I’m working on right now. Every piece of work feels like it’s going to be better than the last one. We finished a short film early this year called ‘Not Required Back’, which has its premiere at BFI London Film Festival in October. It was shot on a non-existent budget with a tiny crew made up of good friends like Jamie Robson and Gavin White. Sometimes it’s important to remind yourself why you’re doing this in the first place – for me it’s the opportunity to make the work. We all wanted to make something together, so we did.

What skills are essential to your job?
Taste and confidence. You can teach yourself techniques and learn methods, but if you don’t know your own taste and stand by your opinions then you’ll just get eaten up. Confidence isn’t the same as being stubborn; if you’re confident in yourself you’ll be able to recognise when an intern has a genius idea and give them the credit they deserve for it.

Are you currently working on any side projects?
I have another narrative short film in pre-production. I’m also writing the script for a feature.

“The medium is just a tool – the goal is to communicate a story, idea or concept.” 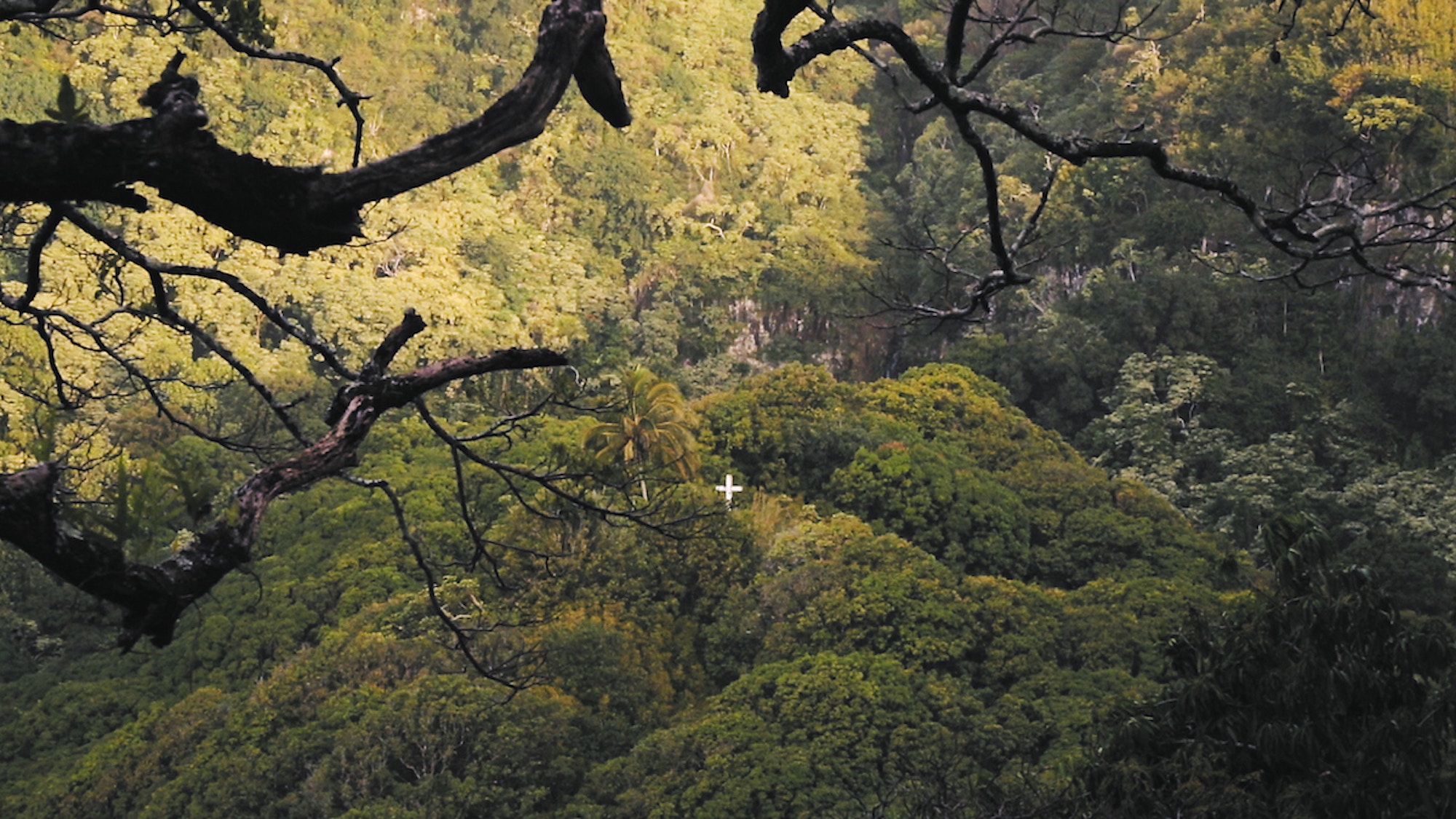 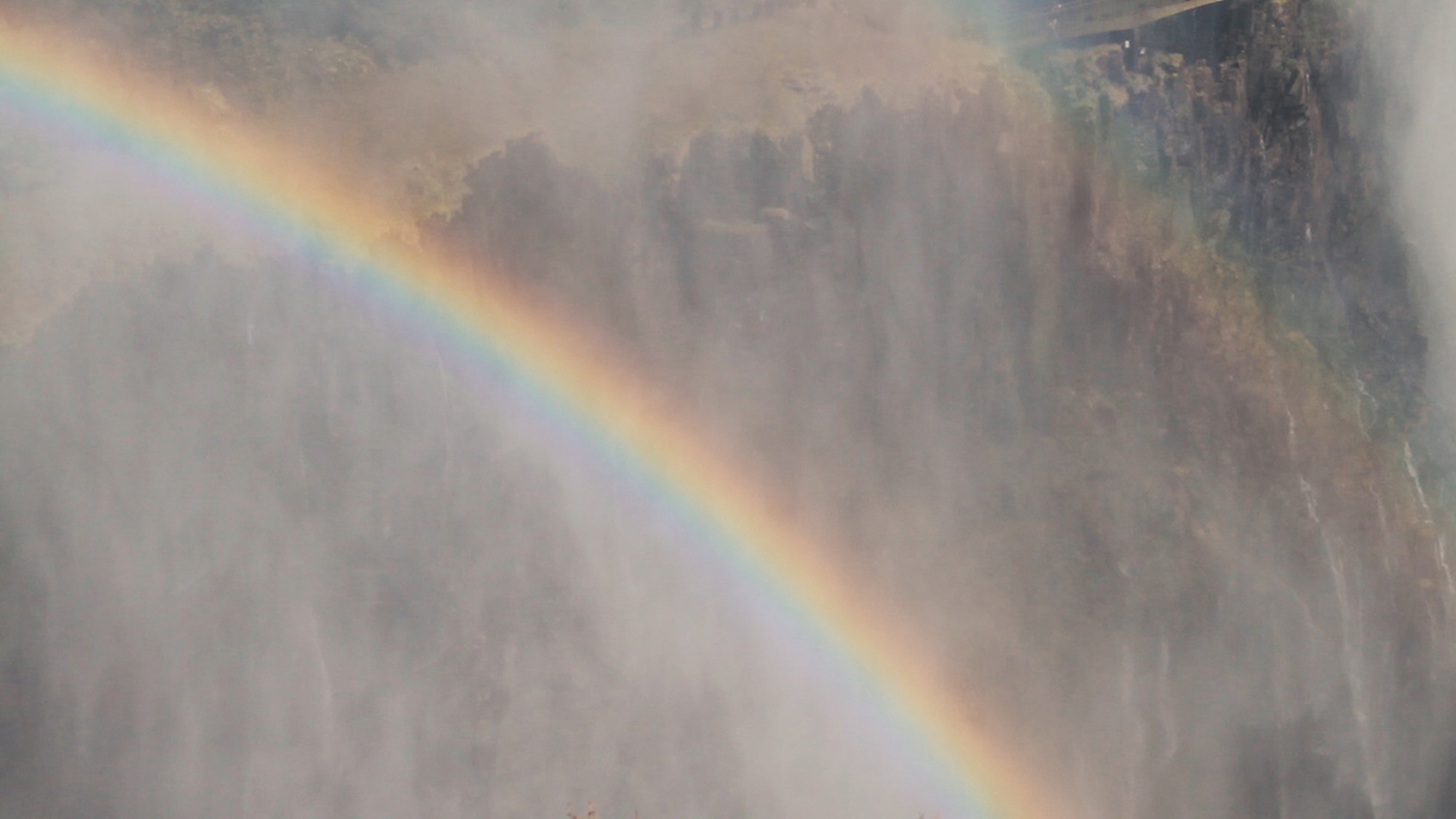 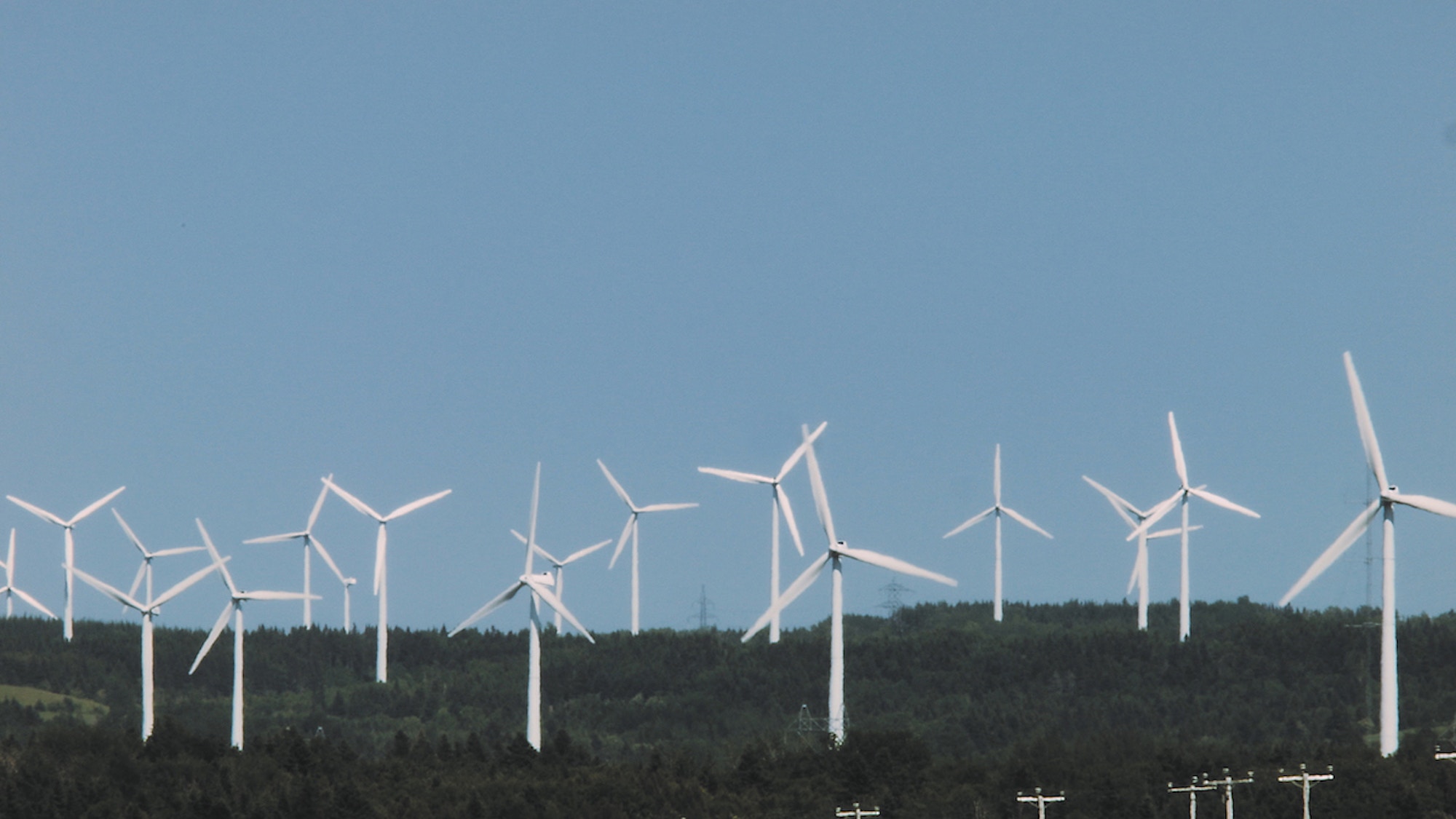 What did you want to be growing up?
When I was really young I wanted to be an author, an artist and a musician.

How (if at all) is the subject you studied useful to your current role?
One of the best things about my course was that it allowed me to make work in any medium; my work now is the same. The medium is just a tool – the goal is to communicate a story, idea or concept.

“You can teach yourself techniques and learn methods, but if you don’t know your own taste and stand by your opinions then you’ll just get eaten up.”

What in particular helped you the most at the start of your career?
I was working as a painter, living on commissions and teaching photography. I’d been working a little with my friends at LuckyMe on a few random projects and Dom Flannigan called me up to ask if I'd help out on a music video. I turned up and he handed me a camera and said ‘Okay, you're shooting this.’ I thought I was going to be carrying gear and making coffee and suddenly I had a camera I'd never used in my hands and a room full of people looking at me.

I kind of enjoy being thrown into the deep end. If I don’t feel at least slightly out of my depth then I'm probably not pushing hard enough. I’ve been lucky enough to have people trust me with projects outside of my comfort zone.

Was there a particular project you worked on that helped your development?
I was asked to make a music video for Lunice as part of a larger project VICE were working on with Lexus. It was the most formal film project I had worked on in terms of the process from start to finish. We worked with an amazing crew, Tom Balkwill graded the film. It was the first time film actually seemed like a viable option for me.

Despite all the professionalism on this project, I still ended up sitting on the grass on the morning of the shoot with the production designer Shaun Murphy, trying to figure out the logistics of bouncing sharpie lights off shaving mirrors using coloured straws he’d picked up from the shop across the road.

What skills have you learnt along the way?
I feel like I’m constantly learning, I don’t think you stop. Adaptability and the ability to teach yourself new skills are important especially these days. It’s pretty amazing that if I need to make some VR animation, I can just teach myself how to animate in 360 VR. Having said that, the fundamentals never change, you still need to be able to tell a story and you need to have a creative process that allows you to generate ideas.

What’s been your biggest challenge?
The hardest thing is to keep pushing towards your goal even though it might not be the most lucrative option. I’ve made the usual mistakes: I’ve taken on work that I shouldn’t have, I’ve folded too easily on creative decisions. I was warned about making them, but I think you need to make mistakes yourself before you really learn those lessons. It’s pretty likely you’ll fall into those traps a few times at least.

‘Some Other Guy’ by Claude Speeed; part of the ‘Directors Cuts’ series on Nowness

Trailer for Not Required Back

What would you like to do next?
I’m looking forward to working on more narrative film work.

Could you do this job forever?
I hope so.

What do you feel is the natural career progression for someone in your current position?
At the moment I’m doing exactly the type of work I want to be. I’d love to do some work in episodic narrative as it’s something I haven’t spent any time doing. People are making amazing work across the board at the moment and the industry is so wide open, it’s an exciting time, who knows what’s next?

What advice would you give to a young creative wanting to become a director?
Make the work that you want to make, trust your own taste; be nice to people, don’t burn bridges; be honest – in what you say and in your own work; be proud of your accomplishments and tell people about them if they ask; promote the people you respect, it’s free; don’t bullshit about your success or experience; don’t take too much notice of anyone’s advice (even mine!) Everyone’s method and path is different, and if you spend your time replicating someone else’s journey you might miss out on inventing something new. Don’t take it too seriously, enjoy the process and take risks… What’s the worst that could happen?

Artist and sound designer Karl Sadler on how he went from graphic design to founding his own ‘sonic experience’ studio, Obelisk

“What makes you stand out?” Creative lead at Spotify UK, Emma Hopkins