Creative Lives Podcast — Rubber chickens and a train set in a suitcase: A special podcast with Paul Smith

On this week’s podcast, we welcome a very special guest – icon of British fashion design, Paul Smith. We recently visited Paul to record an extended interview, which we’ll be sharing across two dedicated episodes. In this first anecdote-packed half, Paul discusses his alternative route into the fashion world and the most important lessons he’s learnt so far. He also tells us how a rubber chicken can help you leave a lasting impression. 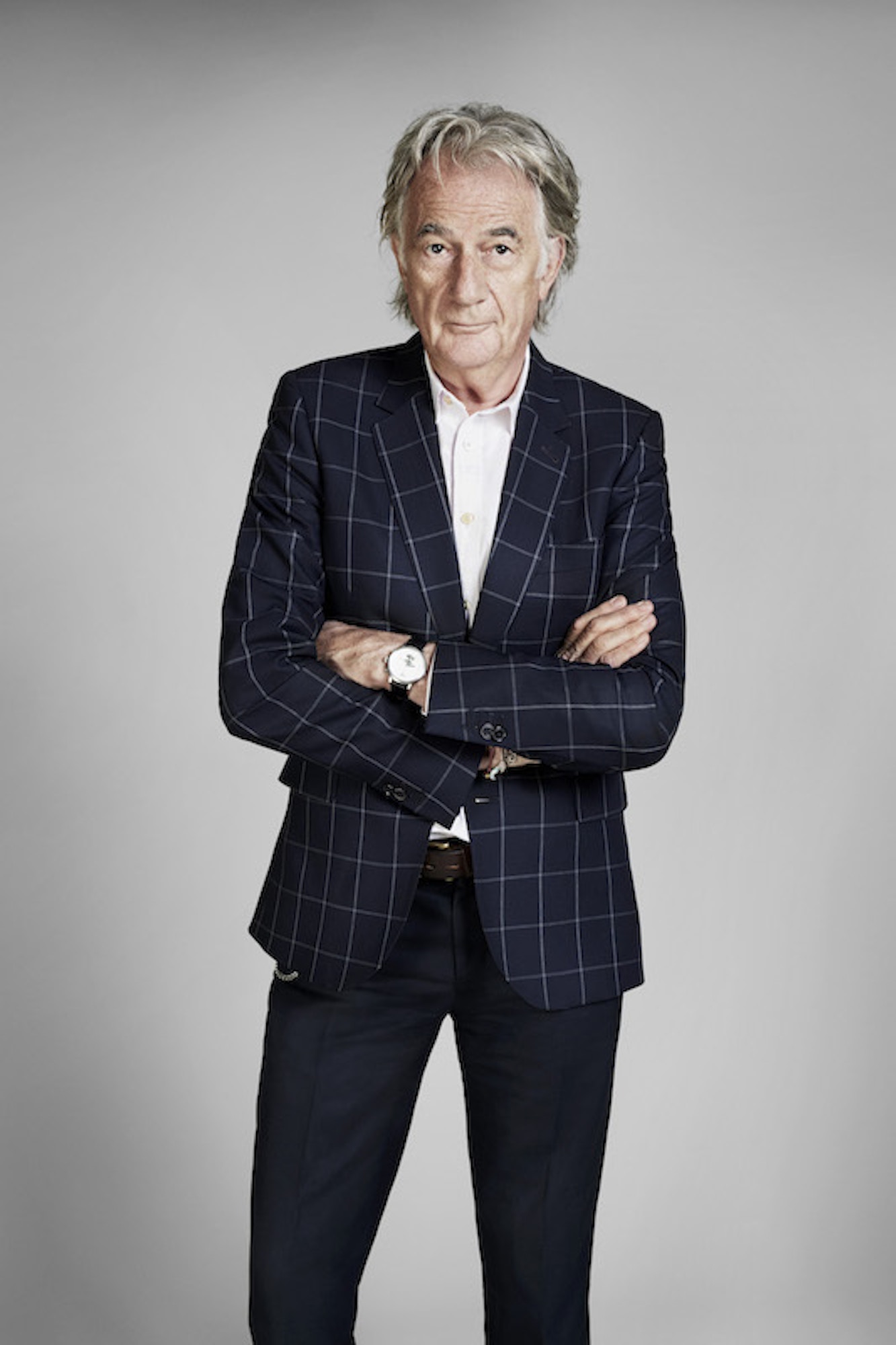 Our conversation took place in Paul’s office: a light-filled space packed full of many of the beloved curiosities he’s collected over the years – or as Paul puts it, “lovely-jubbly things, like toys and bicycles and racing jerseys and stuff.” The room sits at the top of his company’s central London office, where around 180 team members are spread across five storeys. Among the many departments, the building houses specialists in everything from textile, fashion and shop design, to sales and social media.

Paul’s infectious love of humour and playfulness can be found everywhere from the quirkier objects dotted around his office, to the signature twists he adds to his designs. He tells us how he inherited this trait from his Dad, and how this approach has influenced his own career: “My father...had a fantastic sense of humour, but in a very spontaneous way,” he shares. “Hopefully I’ve got some of that from him. Because having character is really important to being able to communicate with people. One of the reasons I’ve been able to progress my career is because I’m able to talk to people. Having a sense of humour, in my opinion, is really, really important.”

“​In the creative world, lots of people take themselves seriously. But there’​s no reason why you can’t have a lighthearted approach.”​

Born in the 1940s in Nottinghamshire, Paul left school at 15 with dreams of becoming a professional cyclist. But, after a biking accident, he began to focus his attention on fashion. Paul describes us how meeting his wife Pauline, who had been trained in couture fashion, became instrumental to his career. We also hear how maintaining a collection of odd jobs served as an education in itself; “I did anything to earn money,” he says, “I packed boxes, sold things, took photographs, styled collections, designed for other people, worked as a colourist. All of it was learning by doing.”

As Paul’s business and global reach has grown, so inevitably have the responsibilities and pressures that come with big decision making. He tells us he goes about those trickier decisions, and the way he deals with stress when it arises: “In the creative world, lots of people take themselves very seriously,” he says. “There are many important aspects to being creative, but there’s no reason why you can’t have a lighthearted approach. Do things properly, don’t let people down, but have a lighthearted approach. It will get you through life a lot better.”

To hear the second half of our interview, tune into next week’s episode of the Creative Lives podcast.

Stick to doing you: casting director David Steven Wilton on fashion talent and taking your time

Leicester-based print and graphic designer, Karl Askill: “I was convinced that London was the centre of the design universe”