Glasgow-based freelancer Oscar Mitchell situates himself somewhere between a painter, illustrator, artist and graphic designer. Most days, you’ll either find the 2016 It’s Nice That graduate working from home on canvases, boards, digital work, or on site painting large-scale murals. Thinking back over his career so far, Oscar reflects on a number of hard-won learnings – from mistakes made during a short stint in Melbourne to accepting commercial representation too quickly. Inspired by everything from Farmfoods fliers to high fashion, here, Oscar advises on making your own luck, the pros and cons of art school and why it’s important to embrace rejection. 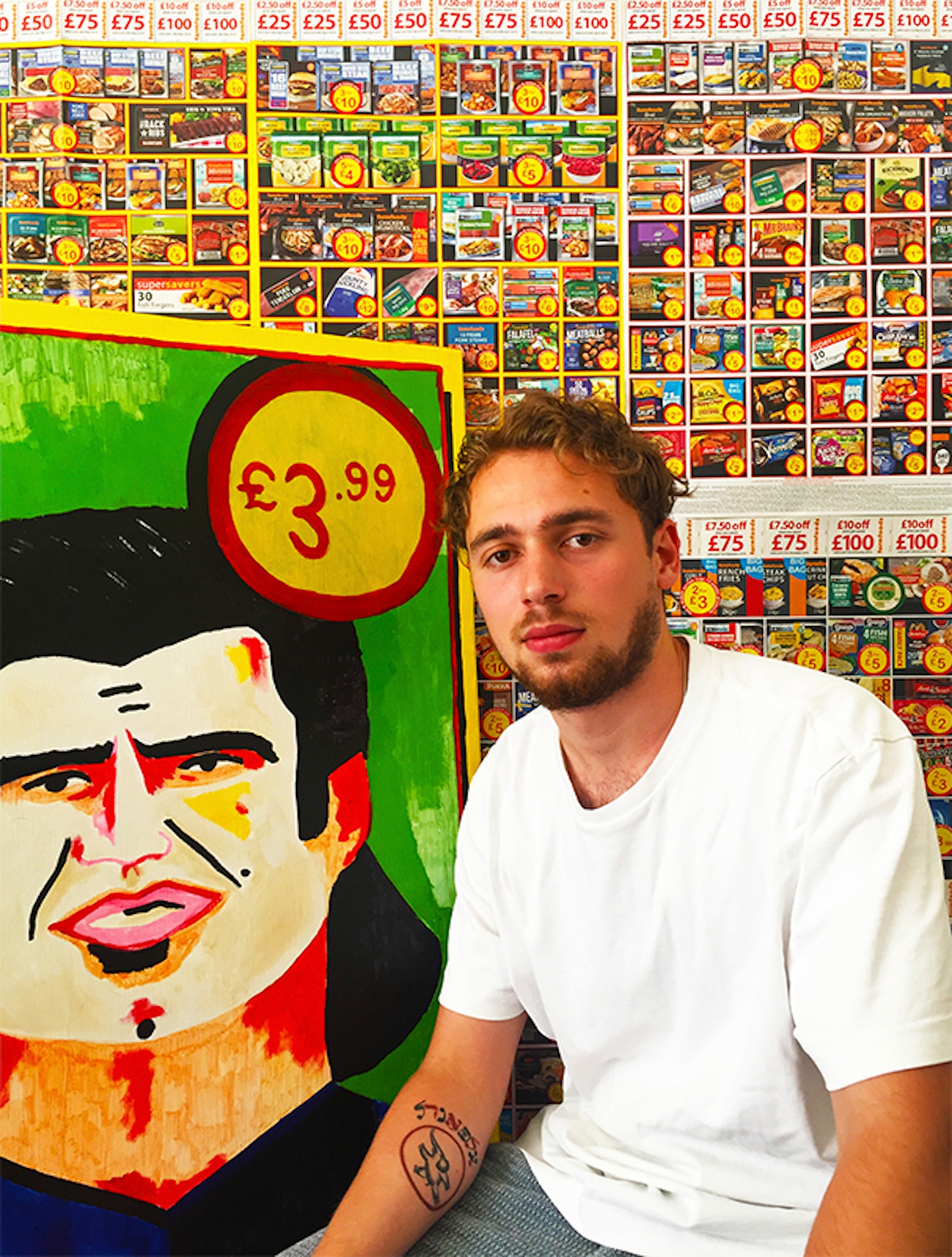 How would you describe what you do?
I’m a painter, illustrator, artist, and graphic designer. I think what I do falls somewhere in between all of these categories. My work is loosely cohesive in aesthetic without a predetermined style. All projects are tailored for the specific brief, and born from a whittling down of ideas, with the aim to create something a little different from the last thing I worked on.

Colour, composition, line and a general cleanliness slips into everything I make, whether it’s small painted illustrations, large canvases, boards, murals or digital work. I try to make a piece as best suited to the context as possible, without the limits of the same tools and processes every time.

What does a typical working day look like and where does it happen?
I usually work from home, unless I’m on site for a mural. I really love the big physical painting jobs where you can interact with surroundings and people. There’s no real defined structure to my day; I start work at nine and keep going until I’m hungry or need some fresh air. I’ll stop client-based work at five or six.

“Glasgow is a comfortable city with a good, close knit, and accepting creative scene.”

What skills would you say are essential to your job?
Motivation to work, and motivation to stop working.

What do you like about working in Glasgow?
It’s a comfortable city with a good, close knit, and accepting creative scene. However, it is home for me and very familiar so a move elsewhere is imminent.

What tools do you use most for your work?
Acrylic and gouache paints. Usually plain card. Pencil, felt tip pens and a Leuchtturm sketchbook. Photoshop for editing and the odd job that requires Illustrator or InDesign. 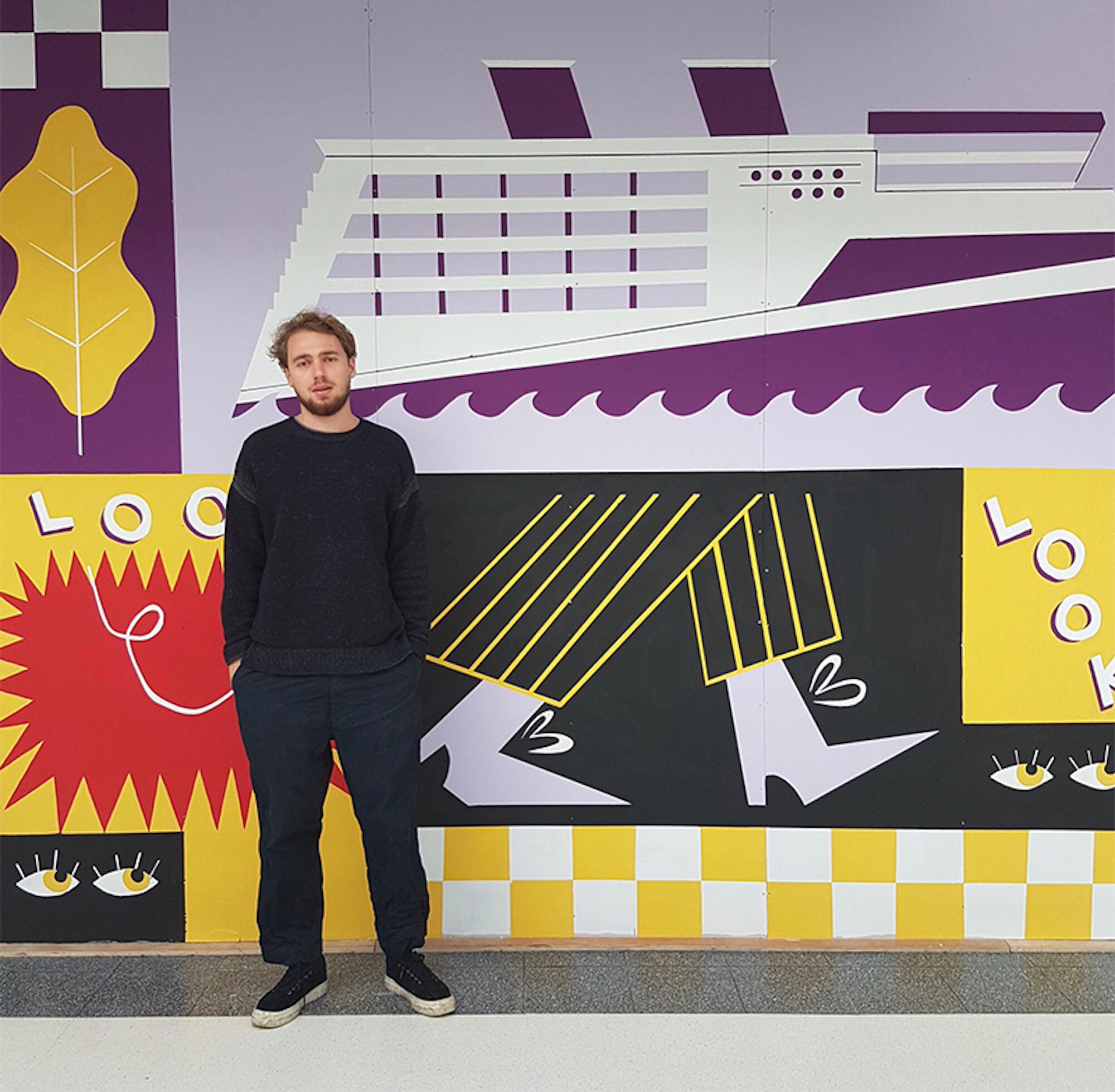 Oscar in front of one of his murals

What inspires your work? How important do you think it is to land on a particular style as an illustrator?
Loads of things inspire my work. Stylistically, old Soviet children’s books have such stunning shape-based compositions that I reference a lot. In terms of content and themes – anything from Farmfoods fliers to football, high fashion shoots to hot dogs, Grecian sculptures to dads on holiday. I love super-considered art and design but also the completely unintentional and serendipitous moments of ordinary life that if looked at through the same lens of super-considered art and design, changes entirely.

“Loads of things inspire my work: from Farmfoods fliers to football, high fashion shoots to hot dogs, Grecian sculptures to dads on holiday.”

As for the importance of a set style, I certainly think it’s useful but not necessary. It’s useful for selling your brand for commissions and definitely helpful for art directors who can know exactly what they will get. There’s a particular stigma that an illustrator must have a set visual identity and I struggled with this initially because my work naturally changes project to project. But once I abandoned my own style boundaries, my work flowed a lot more freely; there’s an enjoyment to the small surprise of what the final artwork eventually looks like.

Is there a resource that has particularly helped you?
The one I always go back to is a book called Inside the Rainbow about Raduga Press and Soviet children’s literature. Absolute gold on every single page. 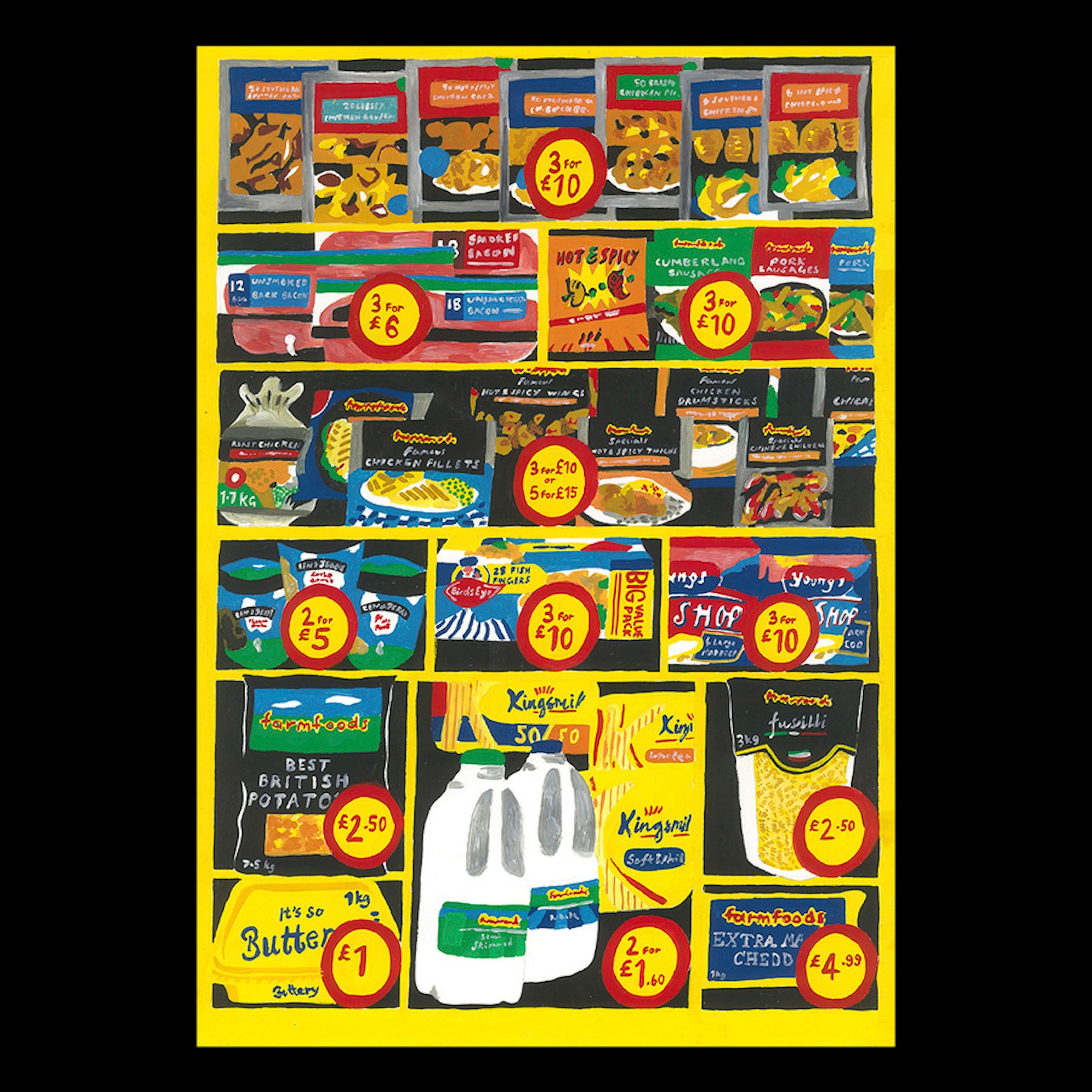 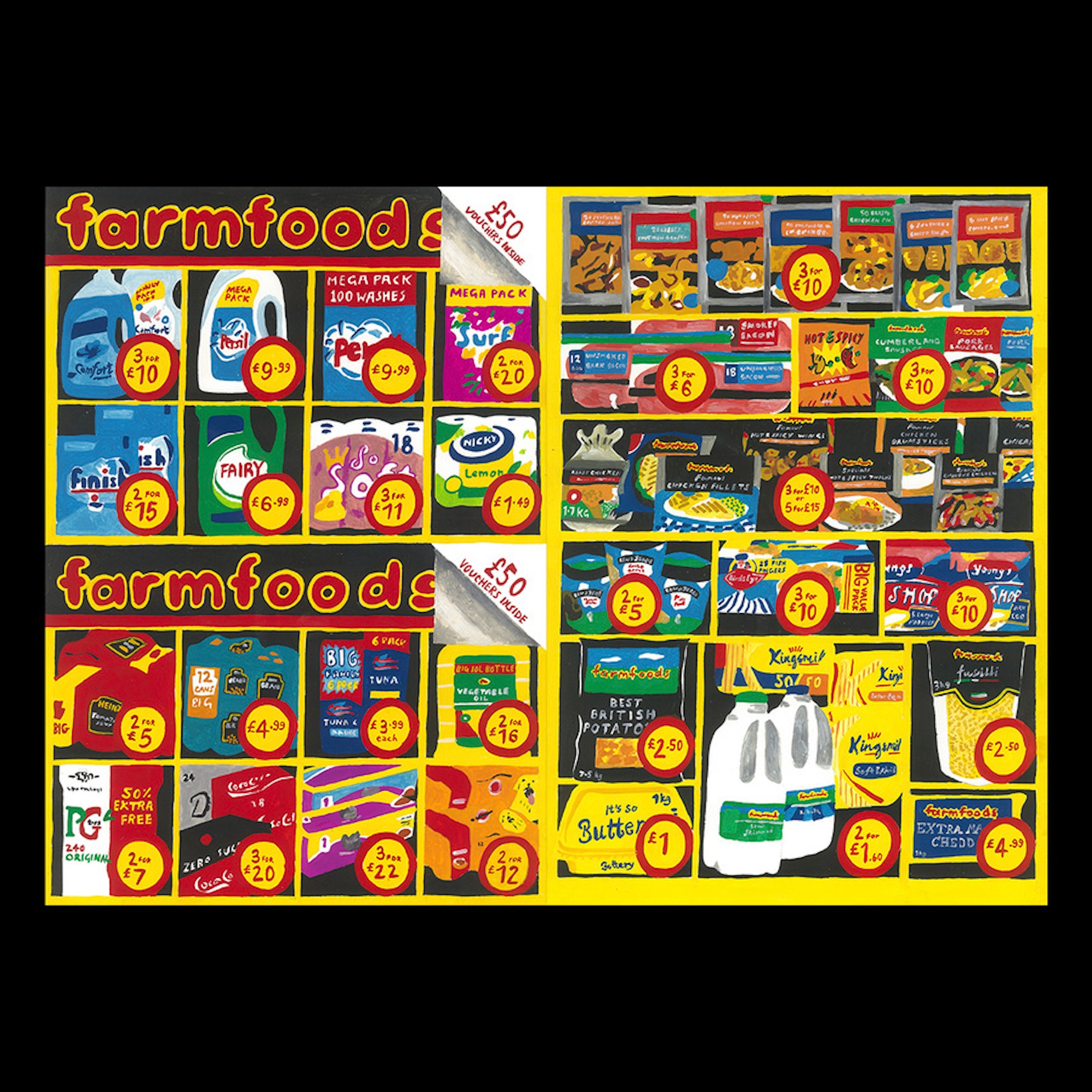 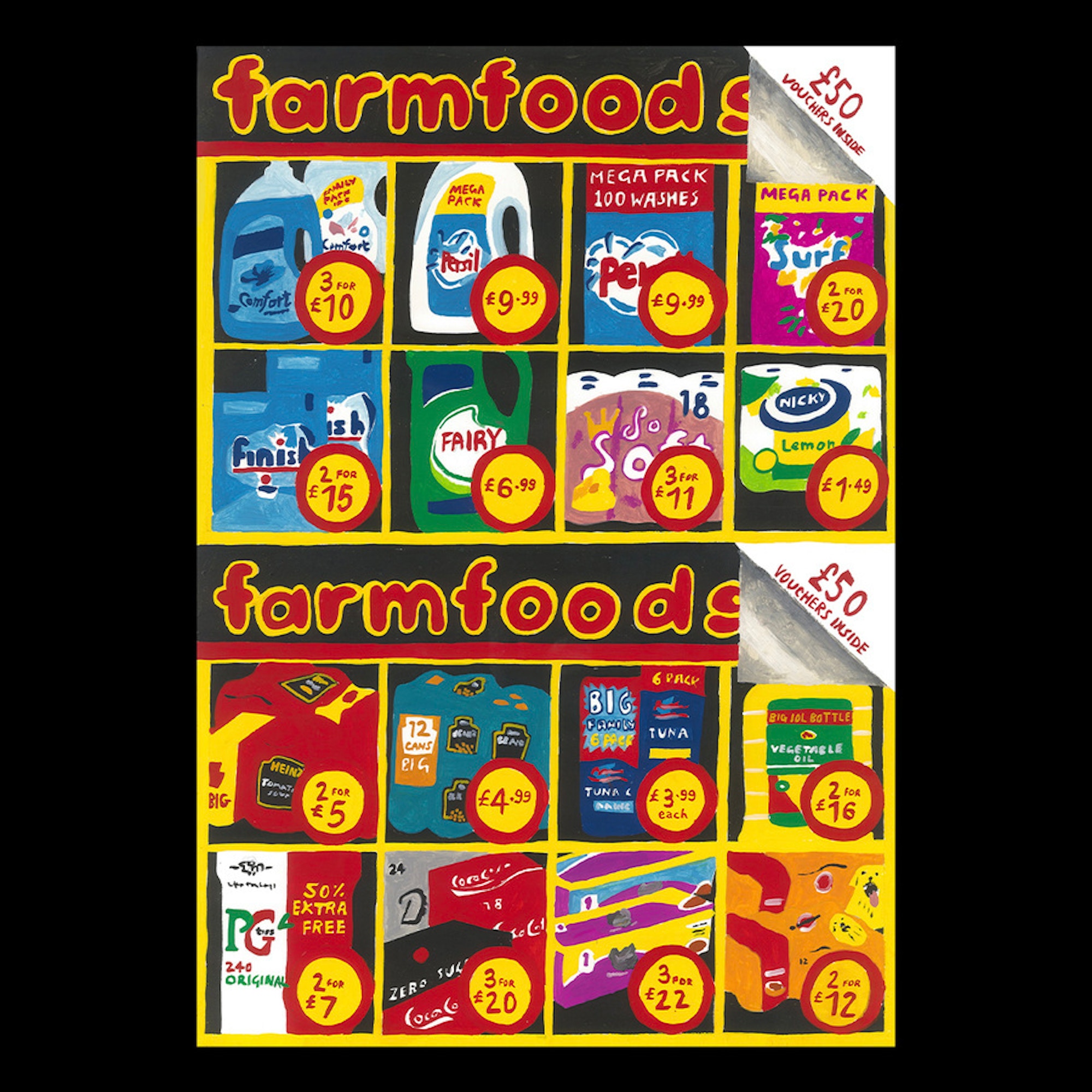 What did you want to be growing up?
A chief football shirt and boot designer for Nike, whilst moonlighting as top scorer in the Premier League.

How do you think your upbringing influenced your choice of career?
I had a really supportive family who encouraged me to find something I loved doing and to work hard at it. I also had an older cousin who is a really talented illustrator; he proved that you could actually make a from making pictures. My art teacher at school was also happy to cover for me when I would skip other subjects to paint and print.

Did you study at degree level and if so, do you feel you need a formal education for what you do?
I did. From my experience, I think the world of art and design, consciously or not, doesn’t consider a creative as valid unless there is a formal education behind them. However, for the job that I do, I feel that my formal education was irrelevant. I’m torn on the subject of art school; I went into university a paint-based illustrator and graduated as a paint-based illustrator with a tonne of debt. Having said that, having a studio space and the freedom to meet people gave me the opportunity to find out more about myself and what direction(s) my work could take.

After graduating, what were your initial jobs?
After graduating I won a couple of awards...naively I thought that would set me up to work freelance from anywhere I wanted, so I moved to Melbourne. I forced myself to try and secure work but there was nothing consistent, and if it wasn’t for one really large commission it would’ve been a mega failure – a lot of lessons learnt from that time.

Would you say you ever experienced a lucky break?
The It’s Nice That Graduate recognition in 2016 felt like a lucky break – I really wasn’t expecting it and it was great exposure from a great team, but in terms of commissions and work, I think I’m still waiting on my lucky break. This year I’ve had a couple of projects come through that have felt like “this is the one!” but they’ve all fallen through last minute, so a couple of nearly-lucky breaks! 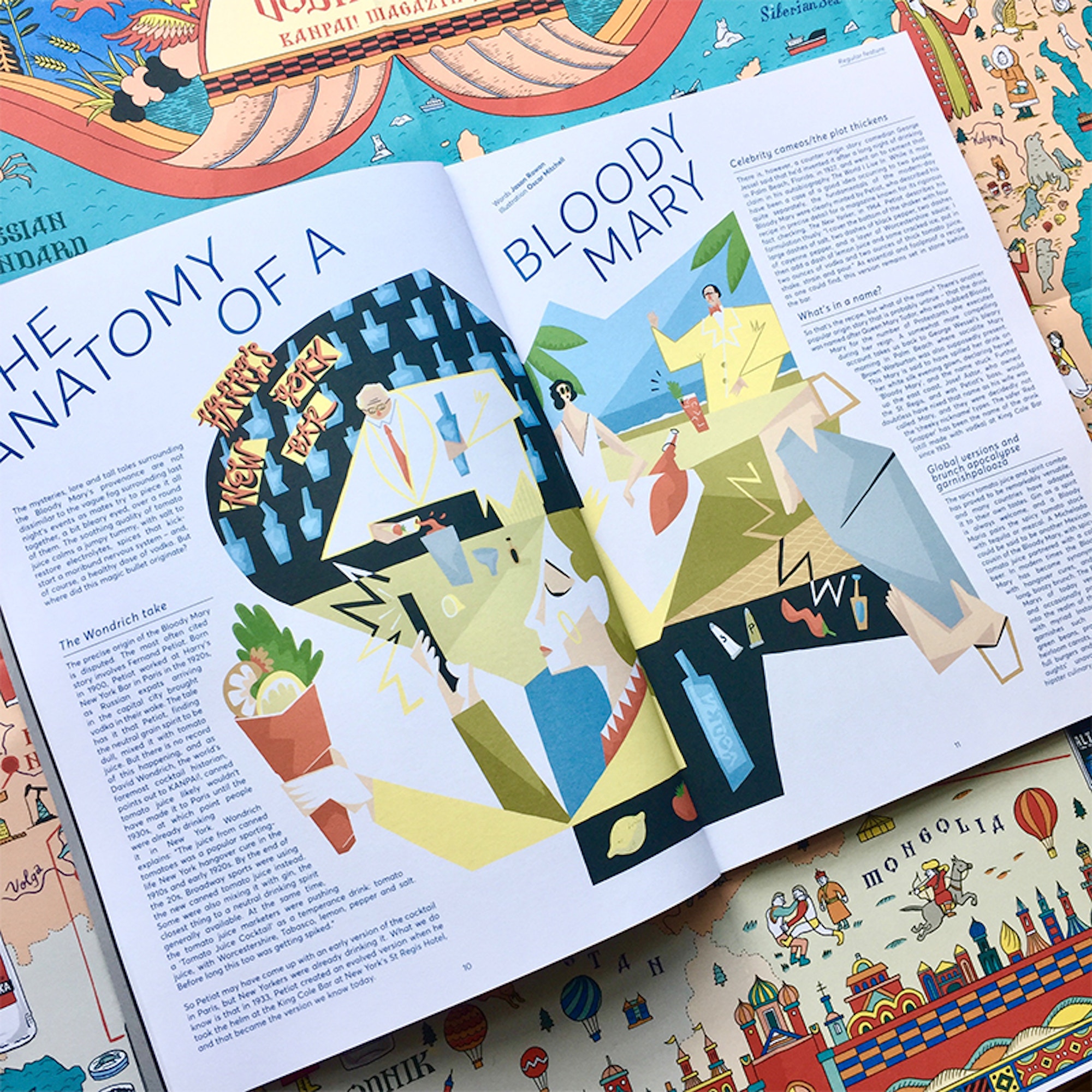 What’s been your biggest challenge along the way?
I’ve made so many mistakes along the way and still make mistakes! You just have to see them as things to learn from. When I was in Melbourne, there were errors made on timing and communication that were entirely my fault; it led to two projects for separate shops coming out on the same day... the shops were next door to each other.

I was so excited about the jobs that I thought I could manipulate the production schedule to get them out at different times. I learned how necessary it is for clear, honest communication and that jumping ship from the UK at that time was possibly detrimental to my development as a working, emerging creative.

I also accepted representation from a big corporate agency that was a complete mismatch for my style of work; it cemented me in the wrong place for a year. But I now I would be far pickier about the agencies I work with, and make sure both sides have a good understanding of each other.

“There’s no point in trying to avoid mistakes; you will always make them, and it’s better to learn from them early on.”

What have been your biggest learnings with making money as a creative?
Starting out, there isn’t much money at all for creatives working freelance (with the odd exception). Until very recently I have worked behind a bar once a week. There were times when it was more than that when jobs were thin on the ground. It’s so difficult to plan and budget as jobs come at random and different fees apply, but having general common sense is useful and learning how to do your tax returns is as useful as it is painful.

How important have you found social media and self-promotion in your work?
It’s painful to say, but self-promotion is so important. I get a lot of my work through Instagram, but I hate the process of posting and the platform’s need for content, content, content. It’s such a danger to mental health; I remember reading the Lecture in Progress article on social media with Jon Cockley from Handsome Frank, and he was so spot on about it all. I remember the wild support for the piece, and thinking “Ok, everyone feels this way, it’s not just me.” Since then I’ve tried to be more emotionally controlled with it and forget about the likes. 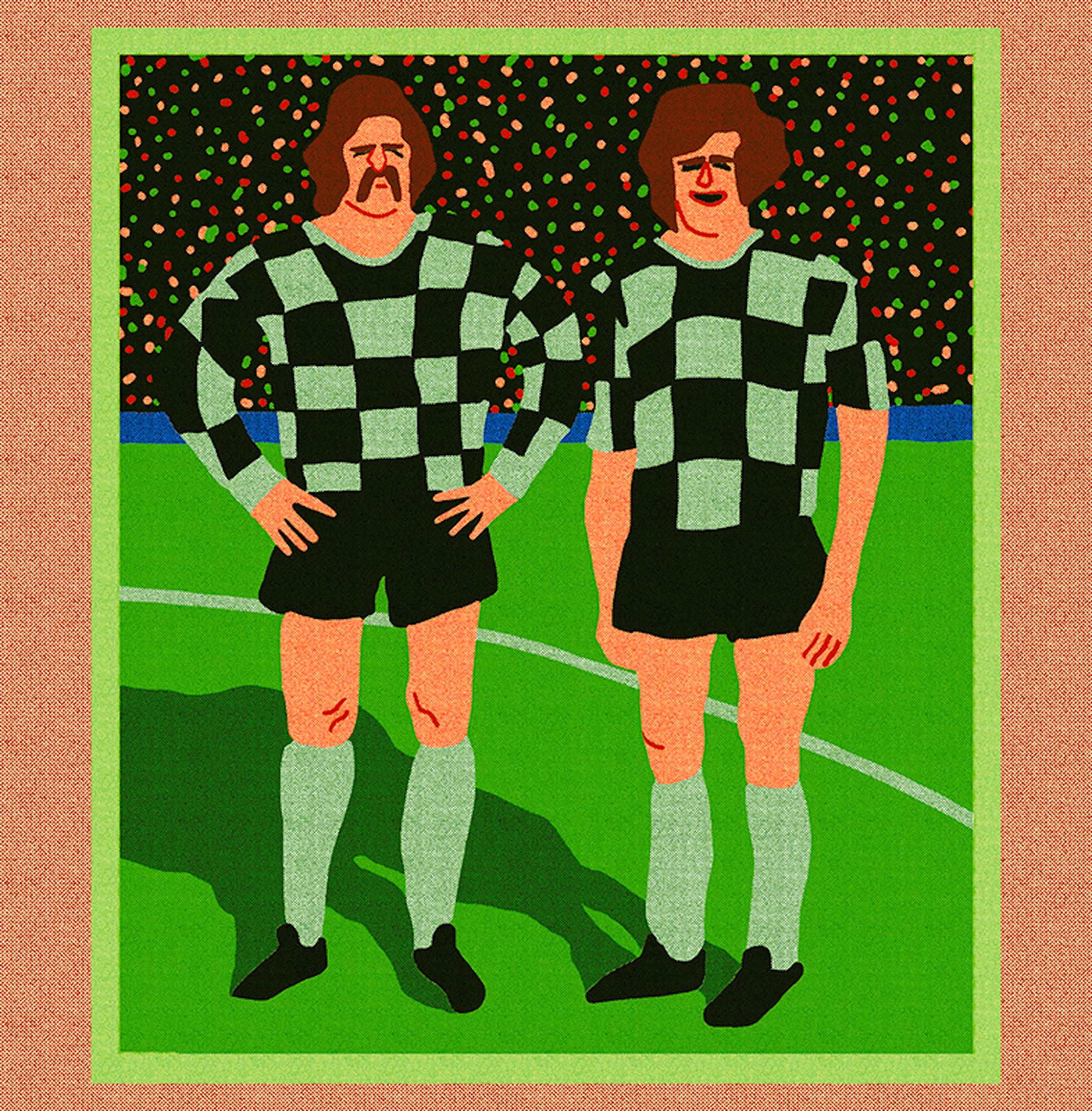 What advice would you give to an emerging creative wanting to get into the same line of work?
Go for it, and try not to worry about stuff too much. There’s no point trying to avoid mistakes, you will always make them, and it’s better to learn from them early on. So approach art directors and come across like a dafty, take on 18 projects for a one week deadline, fuck it, don’t worry about it too much, you’ll learn.

Rejection is a fundamental part of life as an illustrator, it happens to everyone. There are infinite ways a project could fall apart or for work to dry up, but remember that more work will come, so don’t worry about it too much.

As important as the quality of your work is, I think a lot of what it means to get ahead is about luck. But we make our own luck, and by working as hard as you can on the stuff you enjoy and are passionate about, those big, juicy dream clients will come eventually... I hope. I’m still waiting on mine and trying not to worry about it too much.

A glimpse into the production process behind Oscar-winning short film, Hair Love

“Have patience. There are no shortcuts to building your career”: Twins and business partners, Printed Goods