Creative Lives Podcast — Olivier Kugler on why he quit drawing, then came back as a reportage illustrator

This week, German reportage illustrator Olivier Kugler speaks with us from his shared studio space in east London. Buzzing with life and teaming with information, his work has depicted a broad range of people – from Syrian refugees to local Londoners. He describes the time-intensive process that goes into each commission and why he nearly gave up on illustration all together.

Olivier often travels far and wide to report on issues such as the food crisis in the Sahel of Burkina Faso, the lives of refugees in Kos, Greece, and a Laos-based veterinarian’s work with elephants in the local logging industry. His illustrations rely on both journalistic observation and intricate drawing skills to tell a story, capturing his subjects from multiple angles, along with quotes and significant details revealing the context of their surroundings.

He has created reportage illustrations for The Guardian, Harper’s Magazine, The New Yorker, Revue Desinée, Revue XXI and Doctors Without Borders, published two graphic novels with the Zurich based Edition Moderne and has another forthcoming book titled Escaping Wars and Waves: Encounters with Syrian Refugees, published by Myriad Editions, and was awarded a World Illustration Award in 2015 and a V&A Illustration Award in 2011.

“If you want to create reportage illustration, you need to read a lot. See what photojournalists are doing and look at written reportage.”

While Olivier’s career is filled with accolades and successes, his initial journey wasn’t so easy. After finishing a degree in visual communication in Pforzheim, Germany, specialising in illustration, he struggled to find work in his chosen field, and instead took a job as a designer for an agency in Karlsruhe. Feeling defeated, Olivier stopped drawing for two years until a friend at the School of Visual Arts in New York recommended an MA course, which helped him get back on track.

Soon after graduating, he moved into the realm of reportage, with early commissions for The Guardian. Olivier admits that the demand for his craft has waned in recent years, but publications such as Harper’s Magazine and Revue XXI continue to be avid supporters and enablers of his work. 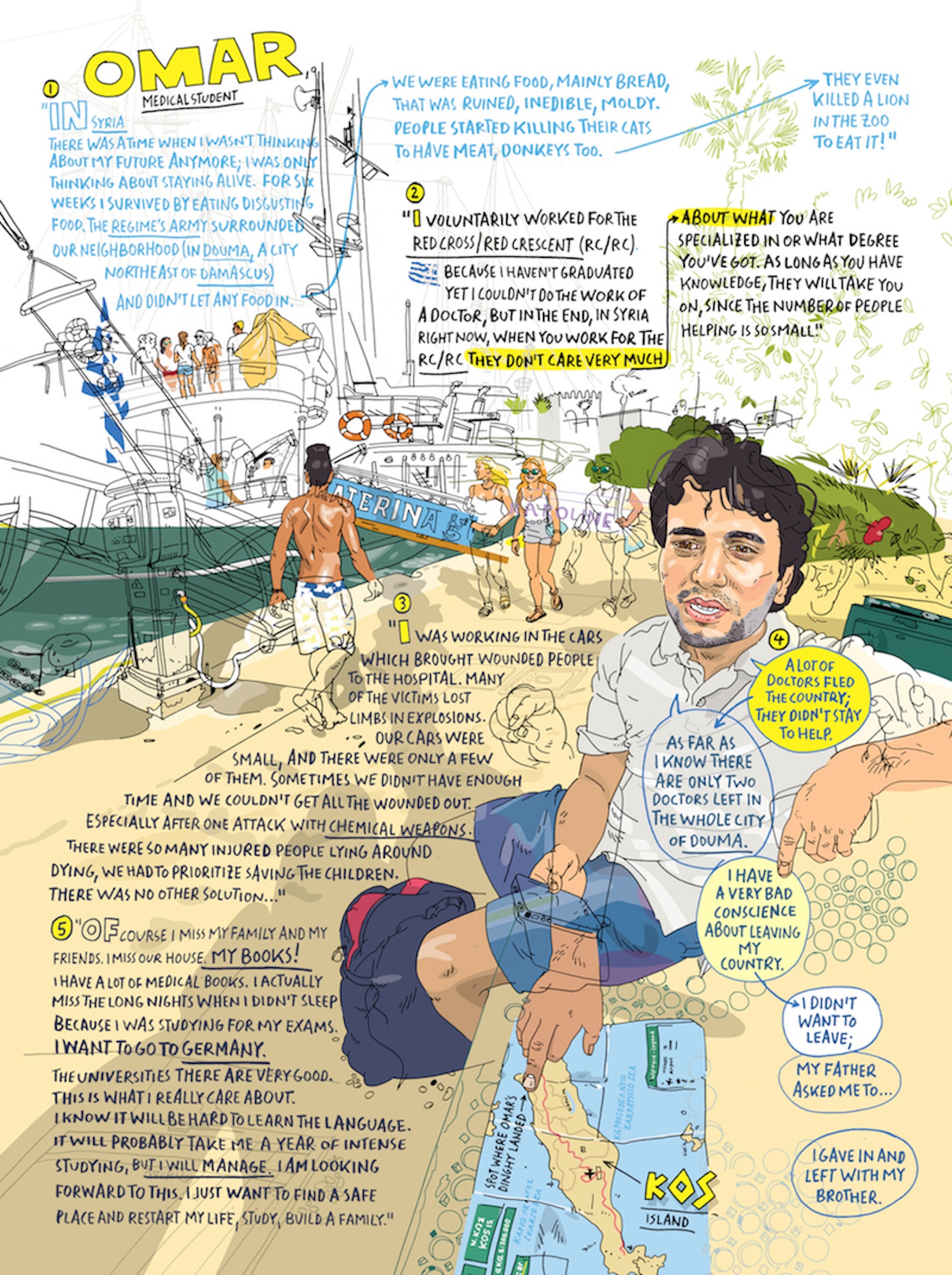 Syrian Refugees on Kos island, commissioned by Doctors Without Borders 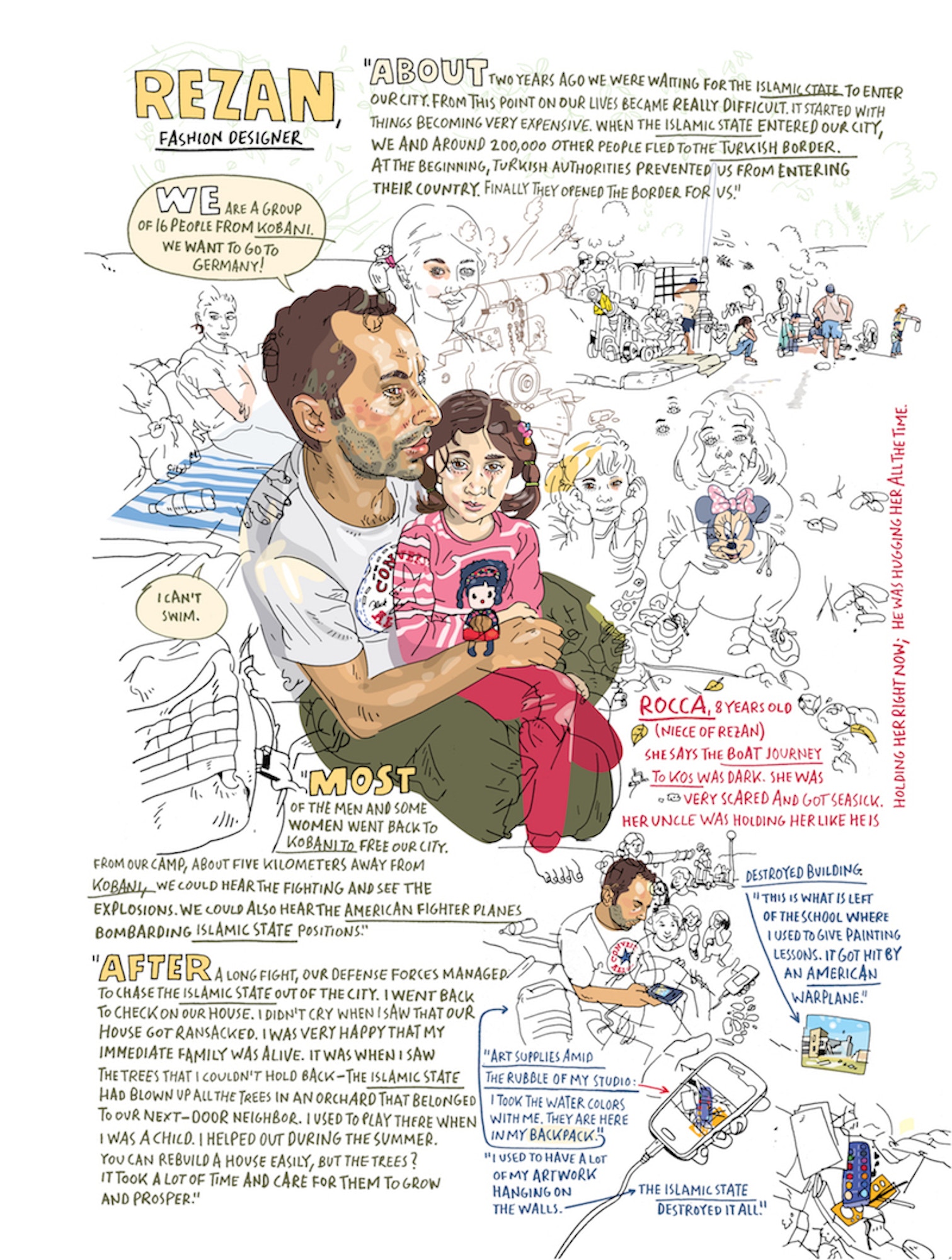 Syrian Refugees on Kos island, commissioned by Doctors Without Borders

Olivier’s latest book Escaping Wars and Waves (which has been nominated for the European Design Awards 2018) will be published by Myriad Editions on July 5, to be launched with an exhibition at the Print House Gallery, Dalston, London on June 19, from 6–8pm.

‘Doodlebomber’ Hattie Stewart: “Stick to your guns, even if people don’t get it”