While the issue of diversity is much discussed in industry, creating inclusive spaces for underrepresented talent continues to be an ongoing challenge in the creative world. We’ve heard much debate and proposed solutions on the industry side, but what about the voices of the next generation? To help immerse emerging creatives in these conversations, 12 second-year Advertising and Brand Design students at Ravensbourne have launched Nuff Said, a creative collective, event series and movement. Ahead of their event at The Mill in London next week, group member Isaac Izekor tells us how the idea came about and how they’re learning from creatives they most admire.

For students like myself, the topic of diversity can create a real feeling of frustration. As a subject that’s very much in vogue at the moment, we’ve heard a lot of discussion from creative companies expressing their desire to increase inclusivity in the workplace. But it would seem these positive sentiments are proving difficult to put into practice.

On top of this, while many companies and brands pay lip service to diversity as a selling point of their product, this is both a positive and a negative thing. Positive in that it’s becoming a normal conversation to be had. But negative in that, sometimes, it feels more like a commercial gimmick than a practical part of an organisation.

Do we feel represented?
Intern Magazine published a recent article entitled ‘Whitewashed’ by Jaheed Hussain. The article voices our major frustration – a lack of BAME representation at all levels within the creative industry and an underlying culture that doesn’t really foster inclusivity.

Describing how he never felt represented in education, Jaheed’s article made a lot of us ask, “Have we actually ever felt represented ourselves?” Whether that’s in education, the people that mentor us, or the imagery that we see. We were surprised that so many of us didn’t feel that way. If you’re BAME, you’re already aware that there’s an issue with diversity, regardless of what field you’re in.

“Diversity isn’t a buzzword, it’s our reality. The next generation of creatives is already diverse.”

Beyond the boxes and buzzwords
If any industry should understand the importance of diversity, it’s the creative industry. Creativity is innately diverse – it should have no one definition. Creativity is hard to pin down. Equal parts imagination and inspiration, it provides a license to craft what wasn’t there before, regardless of who you are or where you come from. When you box in creativity, you lose out on originality.

As students we are constantly inspired by the freedom that creativity allows us. This freedom also draws inspiration from the differences that characterise our creative communities. When working, we regularly draw on each other’s varying talents and experiences. The insights in our work demonstrate what is possible when differing perspectives on culture and communication surround you. Diversity isn’t a buzzword, it’s our reality. The next generation of creatives is already diverse. 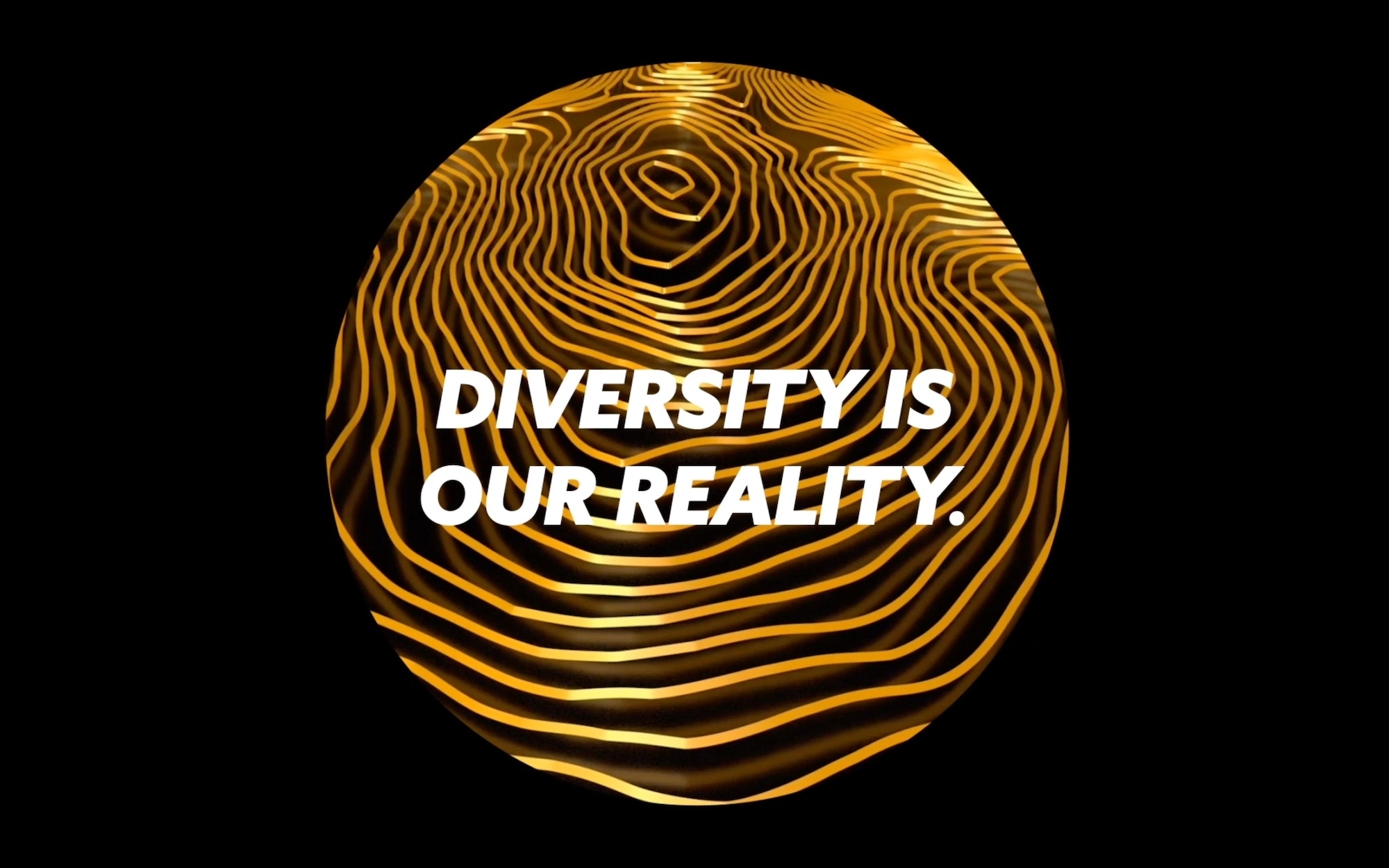 Creating a two-way exchange
We want this conversation to become something that’s important for both the industry and students on a practical level. Diversity might be something that companies care about, but statistically it’s not moving as quickly as anyone would like it to. We’re all quite aware that this is a difficult issue to solve, so it’s also about asking: How can we help make this change?

For us, it starts with taking the initiative to build relationships with industry. It starts by making the case that if industry wants to hire us as the next generation and bring our insights, then these are the ways it needs to adapt.

In the lead-up to summer, myself and a number of advertising and branding students at Ravensbourne are curating a series of events around London. These events will bring together industry professionals and students to discuss how inclusion can be made a natural part of creative culture.

“We don’t just want to talk about diversity. We want to draw inspiration from people who are building platforms where difference thrives.”

Building a network, starting a movement
We don’t just want to talk about diversity. We want to draw inspiration from people who are building platforms where difference thrives; people who have prioritised inclusivity, and in doing so, have made work that is culturally relevant. Each event will be headlined by creatives working to build this into their practice. We’re interested to see how they did it, and it’s a great chance for the industry to learn from people who are making creative culture more inclusive.

We talk about this as a student movement, but currently that movement is made up of 12 people. In order for Nuff Said to become something that more people can connect with, it needs to grow to encompass other people’s vision of diversity, too. The event is an opportunity for students and industry individuals to get involved with our mission – both in terms of networking and finding out what others are thinking about it.

The entire Nuff Said team is incredibly excited to make work that has cultural relevance, that people can connect with, and to be part of a movement that we hope will transform the industry for the better.

The first Nuff Said event will take place on Wednesday May 8, between 6–9pm at The Mill. Speakers will include Roshni Goyate, founder of the Other Box, Brendan Mcknight from the Dots and Ibrahim Kamara, co-founder and editor in chief at Guap. It will be hosted by Dines of Studio Blup. Sign up via the Eventbrite.

From intern to agency co-founder in under a year: Meet Shannie Mears

Mahaneela: “The idea of being good at one thing is redundant now”