So, you’ve tracked down someone you admire, had a recent job interview, or met a new contact at an event... But how do you follow up in the best way? This is the part of networking that can really hold us back – whether through fear of rejection or coming across as desperate. But in her new book, F*ck Being Humble: Why Self-Promotion Isn’t a Dirty Word, Stefanie Sword-Williams makes a clear argument for confidently going after what you want. Here, she shares her essential dos and don’ts for following up and building relationships in industry.

The follow-up to networking can be long, hard work and not very rewarding. But two pieces of advice I’ll give to you are: don’t take anything personally, and be persistent. People have lives that don’t revolve around you, and you can’t let their lack of an instant response be a deterrent to your plans. If anything, use it as a driving force to show them what an amazing opportunity they missed out on by not getting back to you.

The following is a list of my dos and don’ts when it comes to making sure you continue your relationship past your initial meet:

Do: Keep the conversation going on social

If you’ve attended a networking event, most of them are documented on social media, and through images, tweets and hashtags you can find people, add them, follow them and send them a message introducing yourself. It doesn’t have to be long, it just needs to be a reminder of how and where you met; and if you had a personal connection, share that too. And I’m not just talking about the guest speakers, I’m talking about the people in the audience.

It doesn’t have to be stalker-ish – you can just drop them a note to say, ‘Saw you attended the event, it was great, wasn’t it? Would have been good to connect, but hopefully meet you at the next one!’ Simple and not intense, and that person will now remember you as someone with similar interests.

Do: Email fast and make it personal

Alternatively, if you manage to get someone’s email address, the sooner you can email them the better – as the fresher you are in their memory, the more likely they’ll prioritise you. I know it can feel like a chore, but showing that you’re eager to connect is always going to put you at the front of their mind.

There are four things to consider when crafting a killer follow-up email:

Include your name, your role and your reason for emailing in the first sentence. This is your time to hook them in and cut through.

Include a link – whether it’s to a website or LinkedIn profile – so that they can qualify you and immediately see your work.

3. Leave them with something memorable

Mention something you’ve done in relation to your request. An example of this is when I sent my cover note to an employer, and I included that I’d danced with Lorraine Kelly on a set to help break the ice on a photoshoot – not that this was necessarily my role, but it demonstrated that I’ll go the extra mile when I need to. What have you done in your career that demonstrates your dedication?

Please, please, whatever you do – do not end that email passively. Suggest a meeting, say you’ll follow up in a couple of days, ask to set up a call. Give them something they feel they need to reply to. Don’t let your email fall into the ether because you ended it with ‘Look forward to hearing from you’. You might as well end it with ‘Don’t worry about replying if you’re busy’.

Don’t: Ask for their permission

We very easily suffer from imposter syndrome when we’re reaching out, or connecting with people more senior to us.

If you catch yourself slipping into Oliver Twist–esque begging, stop – and use a more positive phrase instead. The following list gives you some common things people say when they’re not confident in their position, and an example of how you can sound more convincing:

I’d be honoured if you’d consider me…
=
I can see you value craft, which is great, because it’s something I pride myself on…

Please could you consider…
=
It would be a great opportunity…

Do: Be persistent with your messaging

I know how painful it can be to not get a response. Sadly, that’s life: we all have our own stuff going on, and the stars don’t always align when you need them to.

But don’t give up after just one email. I get that it’s hard not to feel like you’re coming across as pushy, so I like to share some advice I learned from a colleague – the simple ‘three message’ rule:

Detail who you are, what you do and what you’re requesting, with a proposed action

Check they received the original email, and refer back to your request as a reminder.

Your final email before you give up. You can say something like ‘I wanted to follow up one final time to see if this was of interest to you. If not, I’ll reconnect with you in the coming months.’

Don’t: Cut off a contact because they didn’t fall at your feet the first time round

And if they still don’t reply, put them on a separate contact list and set reminders to follow up in six months’ time. Don’t let them go too quickly!

It’s so easy to want to write someone off, especially if they’ve ignored three emails in a row, but I beg you: don’t dismiss them all together. Yes, it’s rude to blank someone, but if you’re not top priority in their life, then you have to learn not to take it personally.

Before starting my old job, I’d applied for a role there two years previously. I’d contacted the managing director on LinkedIn to ask when they’d be reviewing, and he said it would be in the coming weeks – but I never heard back. I could have sulked and told myself I wasn’t good enough, but I’d always wanted to work for them. Two years later, I reconnected with him, detailed what I’d been doing since, and one week later I got a job there that hadn’t been advertised.

Don’t let setbacks be a permanent tattoo of failure – have faith that, one day, that contact will help you if you make yourself top of mind.

Do: Make it an ongoing relationship

The best way to maximise a new connection is to build a genuine relationship. Put simply: invest in them like you would a friend.

For many of us, regular lunches or dinners aren’t going to be affordable, but other ways we build relationships with people can be low-cost but high-value. Even if it’s just regular sharing, liking and commenting on digital posts, showing that you support them in some way will build an ongoing relationship.

Don’t: Make it obvious you’re only after one thing (aka the ‘booty call’)

If you’re someone who only ever reaches out when there’s something in it for you, it will become very clear what your agenda is. It’s important to have a consistent and well-rounded approach to build an ongoing relationship.

You never know when having or supporting a contact could change your life, so be open to getting involved – and make networking as much a priority as you do the other self-improvement activities in your life.

This edited extract was taken from F*ck Being Humble: Why Self-Promotion Isn’t a Dirty Word by Stefanie Sword-Williams, published by Hardie Grant. 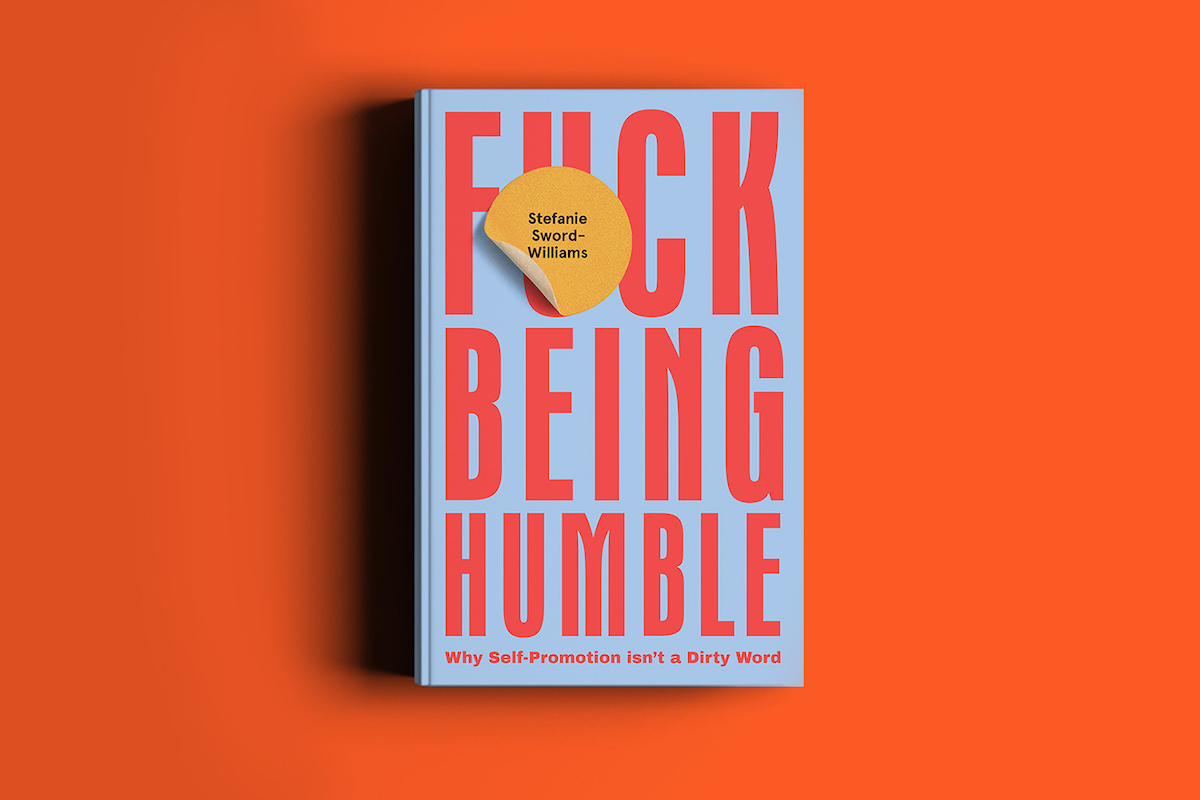 Reach out, don’t compare, learn from everything: Eight creatives on starting a career well

What’s the current state of industry and university collaboration?

Illustrator Conner Perry: Don’t ever feel guilty for having to support yourself