It’s safe to say that Nathan Klein has an extremely varied working life – one day he could be working from home with his puppy and the next he's flying to the Mexican rainforest. He began nurturing a love for photography as a teenager, and fell into styling when asked by a friend to dress their band. After completing a foundation course at Ravensbourne, Nathan was offered the internship of a lifetime at a British fashion house, but had to turn it down as it was unpaid. The offer alone was enough to reinforce his talents, leading Nathan to pursue styling full-time – now counting Kenzo, Vogue and Ssense amongst his client list. Here, Nathan shares his thoughts on how the industry has changed, how he decided what jobs to say no to and why it’s so important for creatives to know their worth. 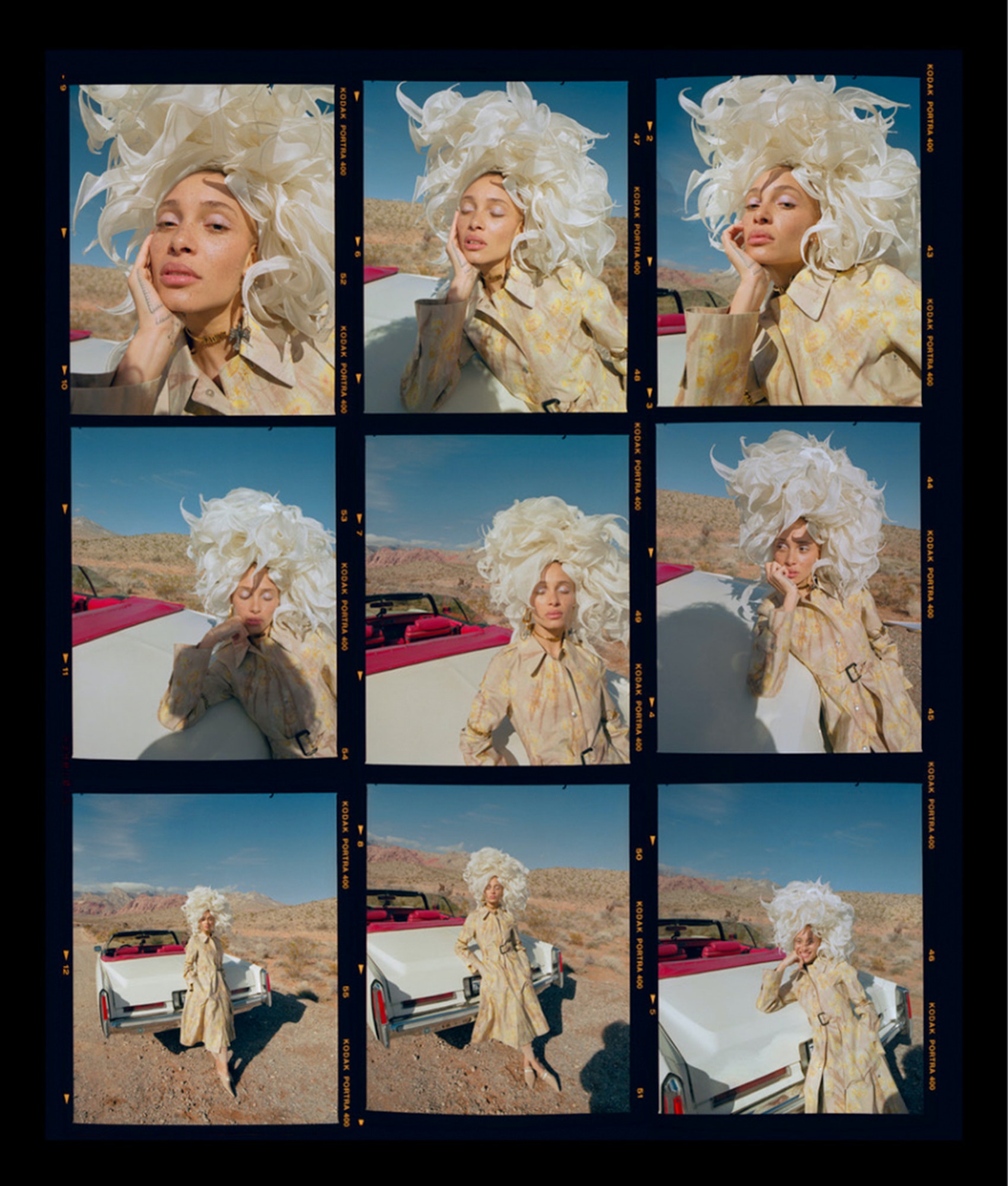 How would you describe what you do?
I put together looks and stories for magazines, artists and brands – either an advertising campaign or an editorial – and I’ve worked with Kenzo, Cavalli, Ssense as well as beauty brands like Sephora, Uoma and publications including Vogue, Dazed and more. If I refer to myself as a stylist it puts me into a very specific box. So I wouldn’t say stylist in an ideal world, it would be more an art director/creative director.

What does a typical working day look like and where does it happen?
My general day-to-day at the moment is super varied – in August I was working from home a lot as I just got a puppy! But one week I can be in three different countries on different jobs, and the next I can be at home on emails for an entire week. There is a lot of prop involved in styling; it can be 80% emails, trawling through pictures of shows and look books, and 20% fun stuff, on set shooting and creating. I spend a lot of time preparing and researching for all my shoots.

What are the most and least enjoyable aspects of your job?
I’m a bit of a workaholic, so I think the most enjoyable fact is that I get to work as much as I want – and meeting people is good for me.

The worst part is definitely packing returns. You end up coming home with ten suitcases full of clothes and shoes that you have to send back, and that’s the worst feeling in the world.

What has been the most exciting project of the last twelve months?
I like being really challenged with work, so I did a perfume campaign job in Mexico for almost ten days in the rainforest – it was pretty intense and we were shooting fifteen hour days, so it was pretty rough. I think that was my most exciting job of the year so far, as I like being pushed out of my comfort zone.

Do you become stressed or overtired with your work, in not knowing when to stop?
I used to work until midnight, falling asleep with my laptop next to me and then waking up at six in the morning to carry on working straight away. Now I’ve taught myself to take evenings off – after 9pm I won’t look at my computer and try to separate the two a little bit.

Because I want every project I do to be the best that it can be, I try not to overcommit anymore. It's about finding that balance between working and loving what you do, as well as taking time for yourself.

“It's about finding that balance between working and loving what you do, as well as taking time for yourself.”

How do you know when to say no to a job?
Sometimes it just comes down to timing and if I’ve already committed to something else. Even if it’s something that I really want to do but I know I won’t be able to deliver 100% on it, I just say no – or I’ll ask to do it another time. Or if it’s not the right project for me, I can kind of tell.

Sometimes when I don’t think I’m the right person for the job, I might recommend somebody else. I think there’s an old mentality thinking that it’s good to be selfish with work, whereas I believe there’s enough work for everybody, so you should just do the jobs you want to do. 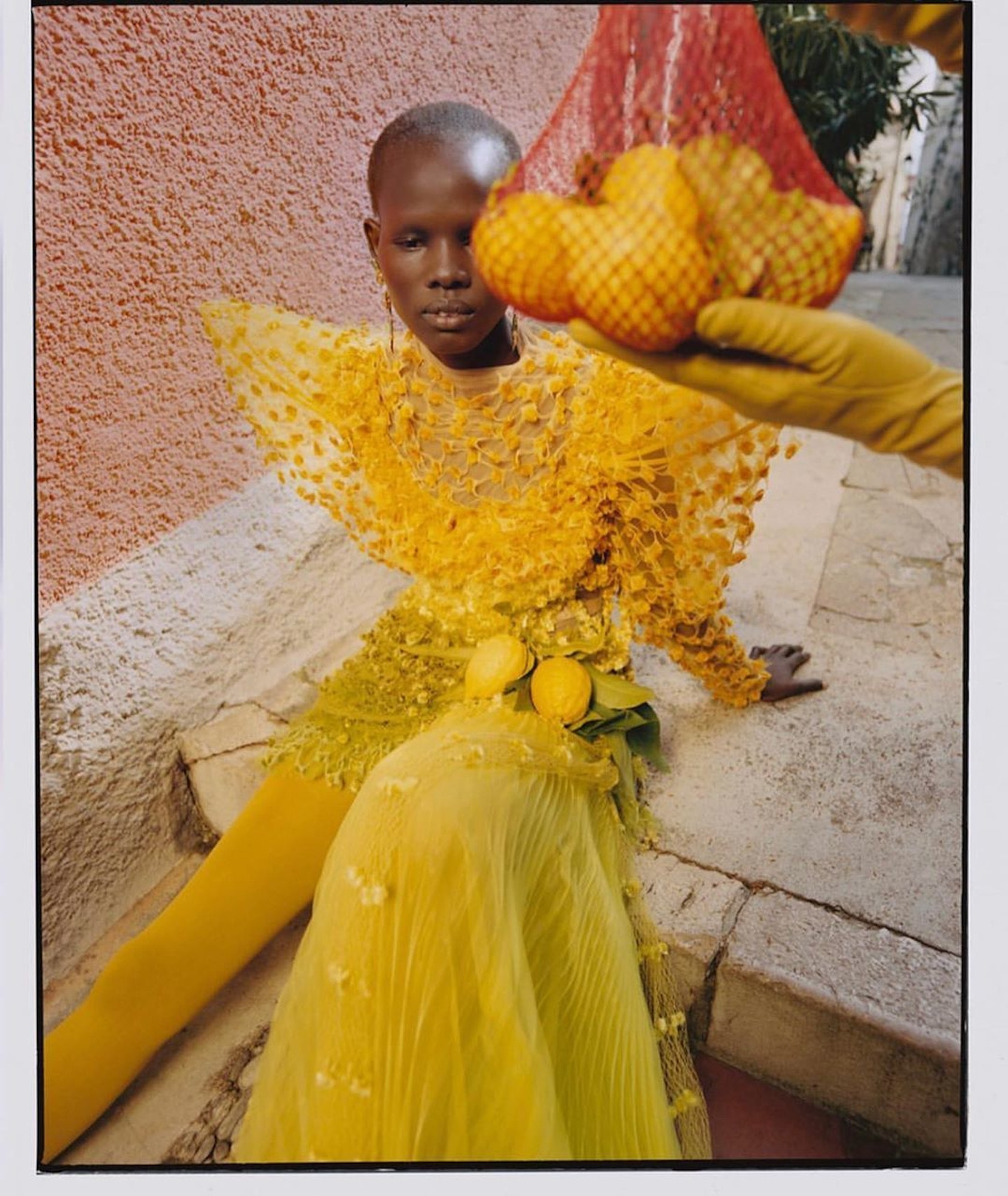 Do you have assistants for your work?
I have one full-time assistant who is with me most days, and then I have another assistant who helps me with online stuff – when we need an extra pair of hands to help with requests. If I’m doing back-to-back jobs, it can be overwhelming, so having assistance just means I can focus on the jobs that I’m doing. I also have interns on a project basis.

When you’re looking for assistance, how do you usually find them?
People get in touch with me over social media and express that they like my work. If I’m looking for someone for a shoot say, tomorrow, it will be experience over enthusiasm, because I won’t have enough time to teach them. But generally speaking, I’d always rather someone who is enthusiastic and committed over someone who is experienced.

Is there a resource that has particularly helped you?
I love film. Sometimes I’ll take a day to watch a couple of films and music videos to get inspired by what other people are creating. I love 80s, 90s and 00s chick flicks, like Muriel’s Wedding or Legally Blonde. The biggest tool is media and the amount of access we have to it; we can find inspiration so quickly now. 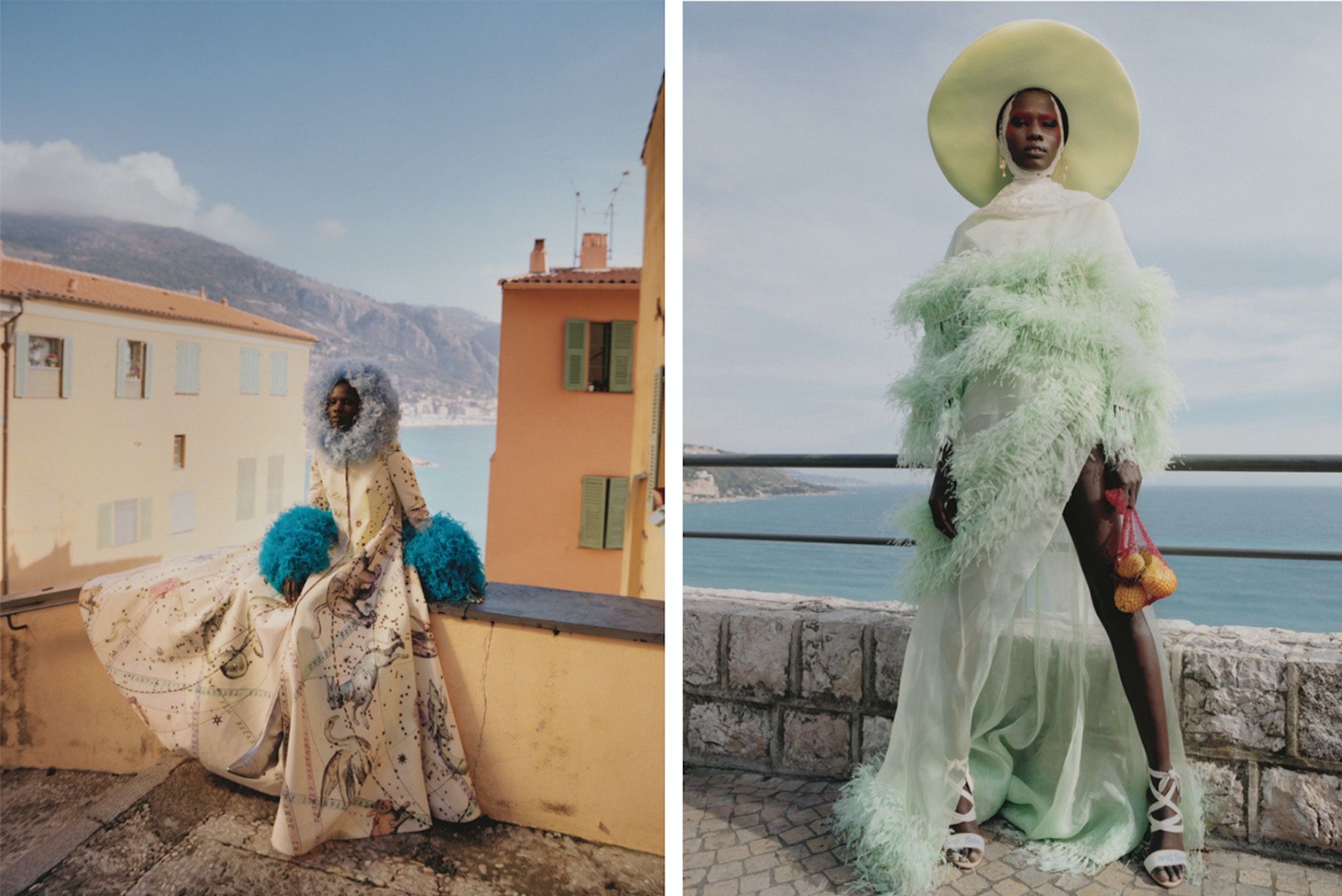 Did you study at degree level?
I’ve lived in South London my whole life. I did photography for A Levels, then I went to Ravensbourne to do a one-year Foundation course because it was free. I wasn’t really sure if I wanted to do styling or photography – I was already working as a stylist at the time, even though I was pretty young. My friend was in a band and knew that I would dress people for my shoots, so she asked if I could help getting clothes – I did, and they got signed. I just fell into it that way, but I realised quickly that I didn't know what I was doing at all, which is when I started assisting and learning.

After first starting out, what were your initial steps?
I was scouted for an internship at a prestigious British fashion house from my course at university. They told me it was a one-year internship to study in-house photography, but it wasn’t paid for a year, just travel and expenses – this was when you didn’t have to pay people for longer than a week. I was 17/18 and money was the most important thing to me then. I couldn’t afford to work for free for a year, so I turned it down. That’s how I started focusing on styling anyway, because I was making money from it and I enjoyed it.

It felt silly continuing to study as I was being offered the things I wanted to do, and the styling courses at the time weren’t for me. I didn’t know what I was doing and I decided to assist – at the time, I was working as a visual merchandiser so I could afford to work and assist. I did that for a year or so, and I didn't have much money for a very long time. I was lucky that my parents lived in London, so I was able to live at home and save on rent. All the money I would make from visual merchandising would go straight back into styling and wanting to make this happen. After I went full-time with styling, it took me about three or four years to make enough money to live off. 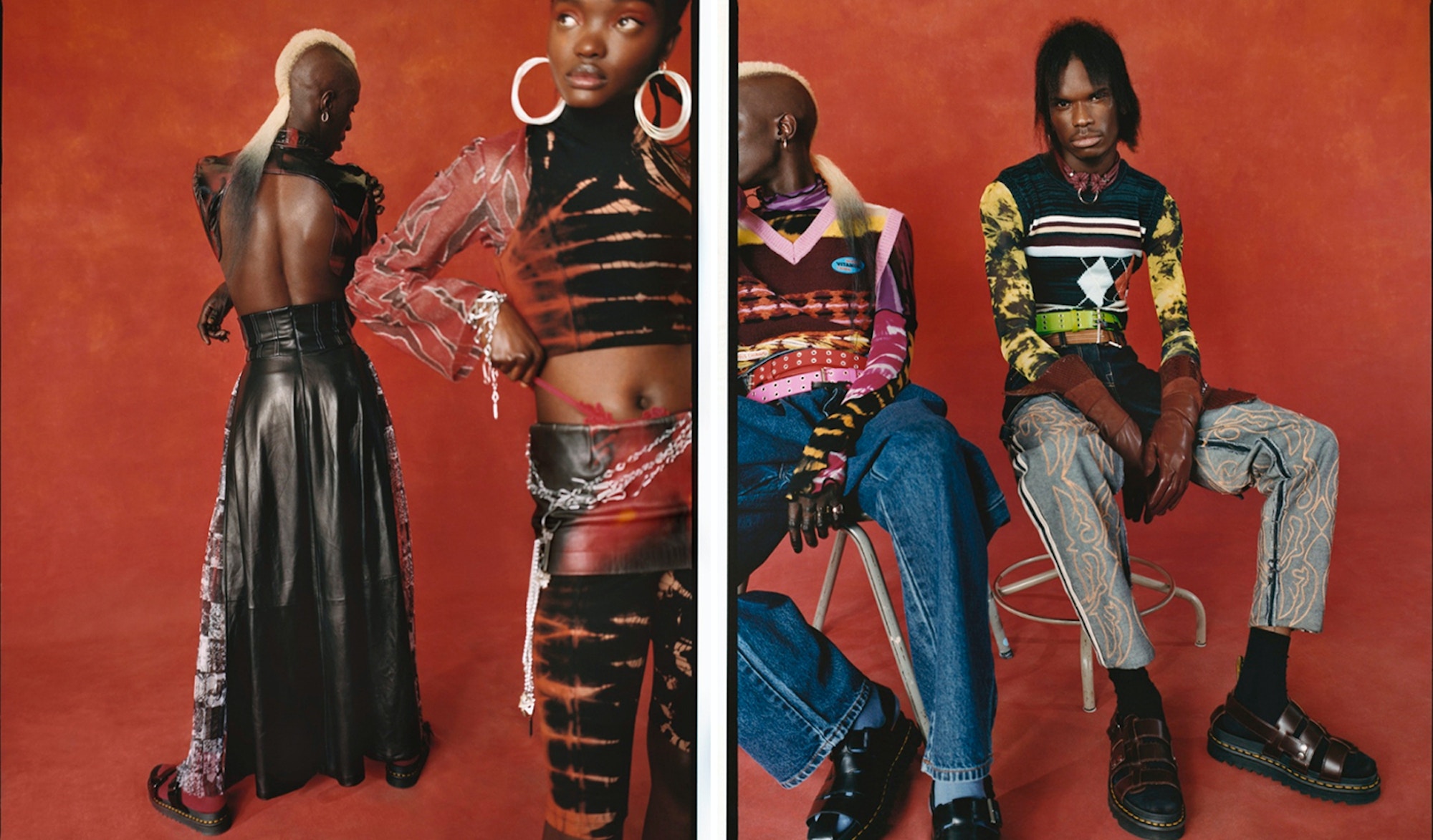 Shoot for Nataal; photography by Nadine Ijewere; styling by Nathan 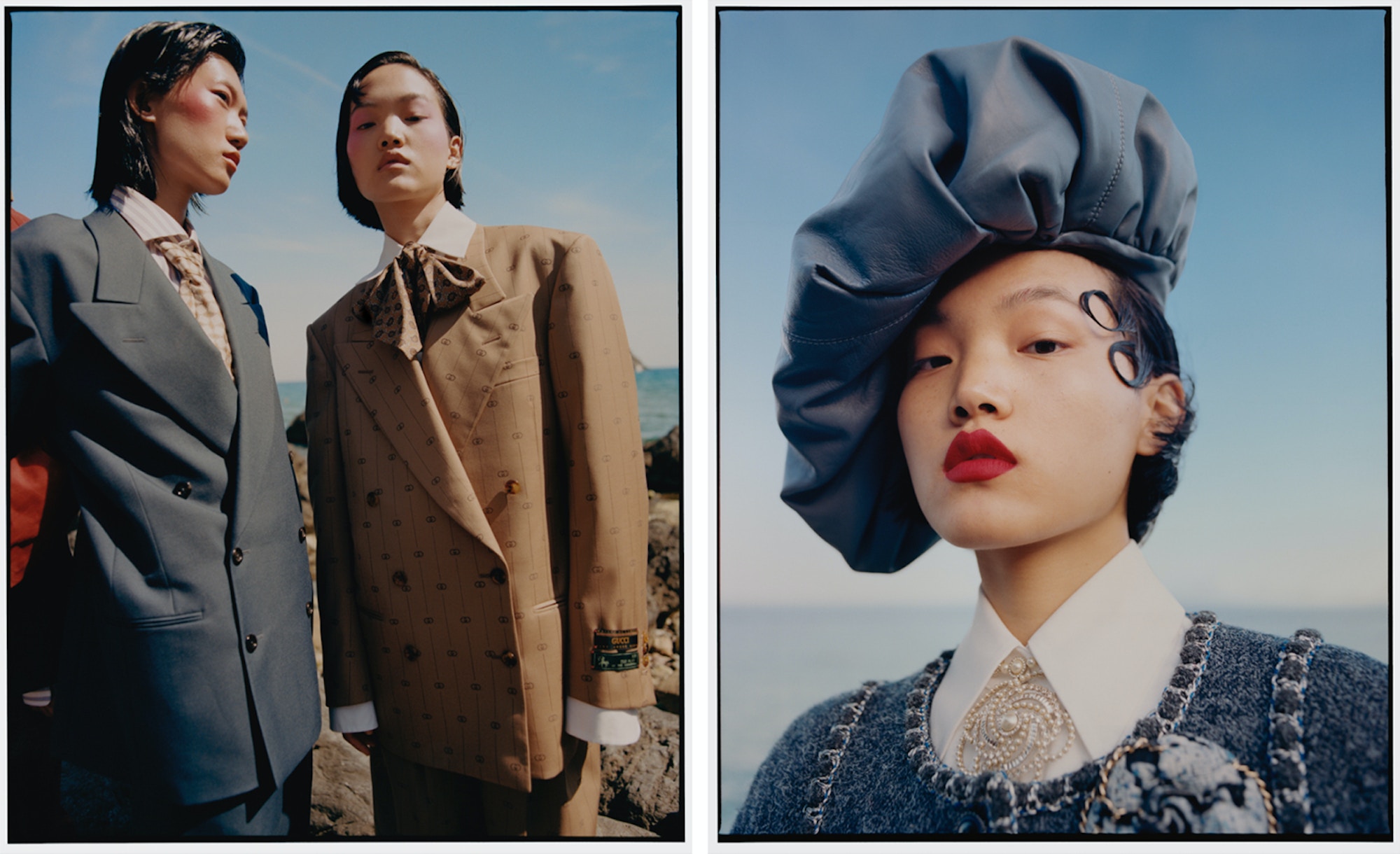 Photography by Nadine Ijewere; styling by Nathan; hair by Edward Lampley; make up by Celia Burton; assisted by Ayesha Marr

Do you have any secure work that pays well?
I started my styling career in music and it's always felt like my bread and butter. I have one or two clients I work with consistently, whom I enjoy working with – they have busy schedules which keeps me on my toes and gives me a steady income, enabling me to have time for creative, less-paid jobs. I also work on advertising jobs, which are paid well and, when done well, will also lead to secure regular work. Earlier in my career I would do e-commerce work on the side, which was a great way to make flexible money too.

Has there been anything that has surprised you in the industry?
Working with people I really love. The industry has changed because so many people started when it was toxic, but everyone’s just sick of it now. It was really challenging before because you didn’t have social media – people had to find work just through word of mouth or if someone saw their work in a magazine. They felt like they had to fight a lot harder, so it made them tougher on the next generation. Everyone I work with is very aware that there’s enough work for everyone, so you’re naturally more supported.

“Don’t be afraid to ask for what you’re worth. We live in a culture where everybody wants to get more for less.”

What have been your biggest learnings with making money as a creative?
Always know your worth, and don’t be afraid to ask. We live in a culture where everybody wants to get more for less. You would never go into Selfridges or Harrods and ask if you could have a piece of clothing for half the price because that’s the only money you’ve got. You know the price that you’re paying is the price you’re willing to pay, and it should be the same with creativity. People should understand your value and if they’ve asked you to do something for them, then they should have to pay the price you think that creativity is worth.

What advice would you give to an emerging creative wanting to get into the same line of work?
Assisting is a massive thing, especially if you want to go into the fashion route. A big part of the job is being on set and learning how to do things, and the only way you can learn is by being around it. It’s a lot of hard work with long hours – going the extra mile will make people remember you. If you don’t go down the university route, then the people that you assist are going to offer you the things you need in terms of finding other people to collaborate with.

100 student, graduate and emerging makers to buy from this festive season

Stick to doing you: casting director David Steven Wilton on fashion talent and taking your time

Leicester-based print and graphic designer, Karl Askill: “I was convinced that London was the centre of the design universe”