For our latest podcast, we chat to Nafisa Bakkar, the CEO and co-founder behind Amaliah.com, a media platform amplifying the voices of Muslim women. She talks to us about unexpectedly finding her way to a creative role after studying natural sciences, how she tackles imposter syndrome and her inspiring advice for anyone who hasn’t yet nailed exactly what they want to do. 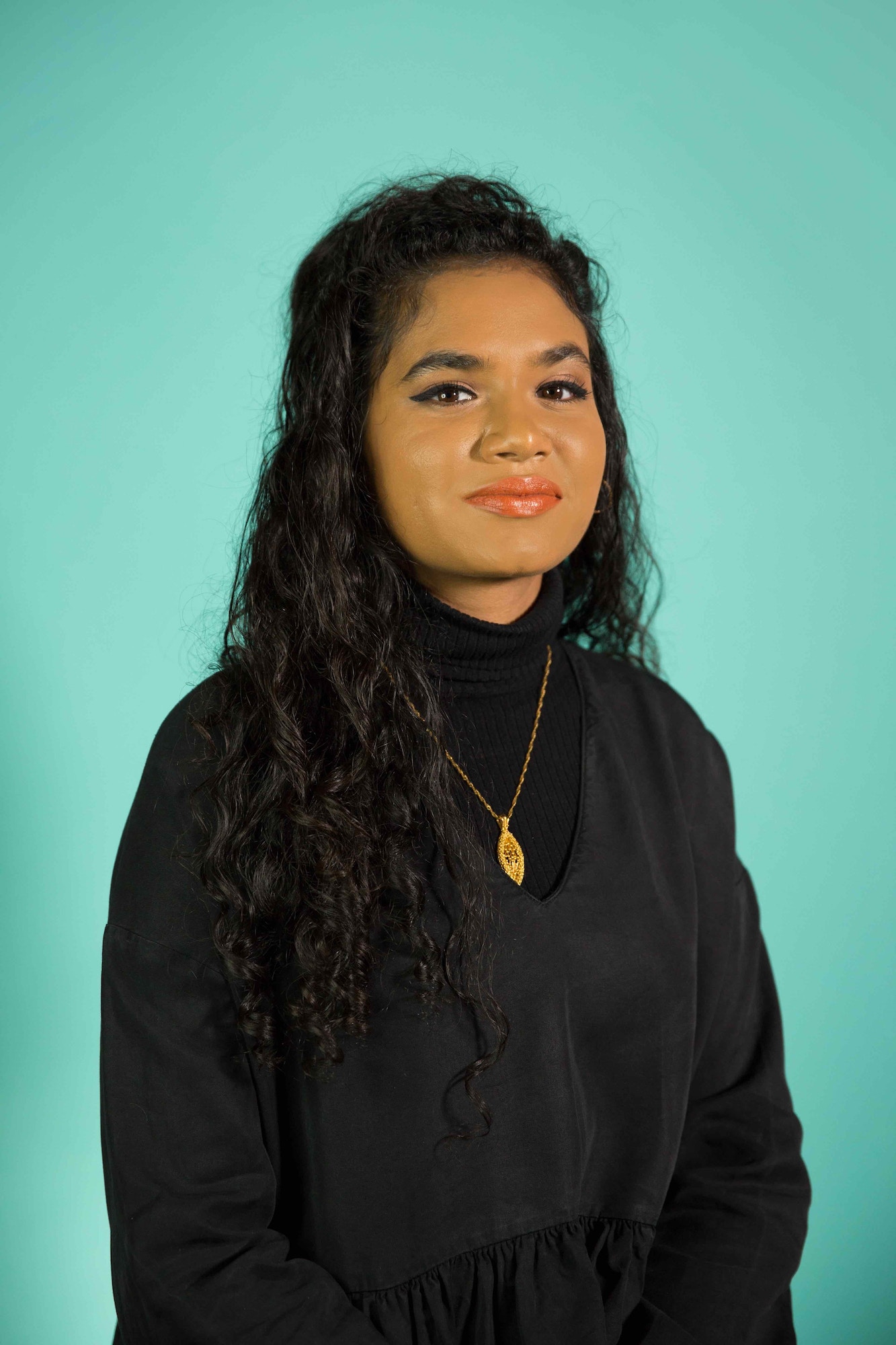 Nafisa launched Amaliah.com in 2015 alongside her sister Selina, just a year after she graduated. It has since amassed a large and growing online community, attracting global press from the likes of CNN, WIRED, The Guardian and the BBC. But having studied natural sciences at UCL, Nafisa still finds it surprising that she’s ended up in such a creative role – with her day-to-day including everything from editing, writing, strategy, planning or delivering presentations to brands.

“I’ve never sought out to become ‘a creative’,” she says. “The most creative thing I’d done was writing an essay in social sciences. [But] I realised there were a lot of skills and interests that we haven’t all had a channel or vehicle to explore... Most skills are pretty transferable.”

“If you just keep going, you will get somewhere. For me, it’s become about resilience and showing up.”

Through her work with Amaliah and regular contributions to publications such as Forbes, Campaign and Ad Age, Nafisa is now becoming a recognised voice in the industry. Last year she was included in The Dots’ list of Women Redefining the Creative Industry, and she’s also been a Tedx speaker. Even so, she still admits that imposter syndrome can be a challenge – something she’s been able to tackle with help from taekwondo classes.

“[The classes] remind me that if you just keep going, you will get somewhere – you will improve and move forward. For me, it’s become about resilience and showing up – regardless of whether you’ll give 100% in that session, just keep showing up.” 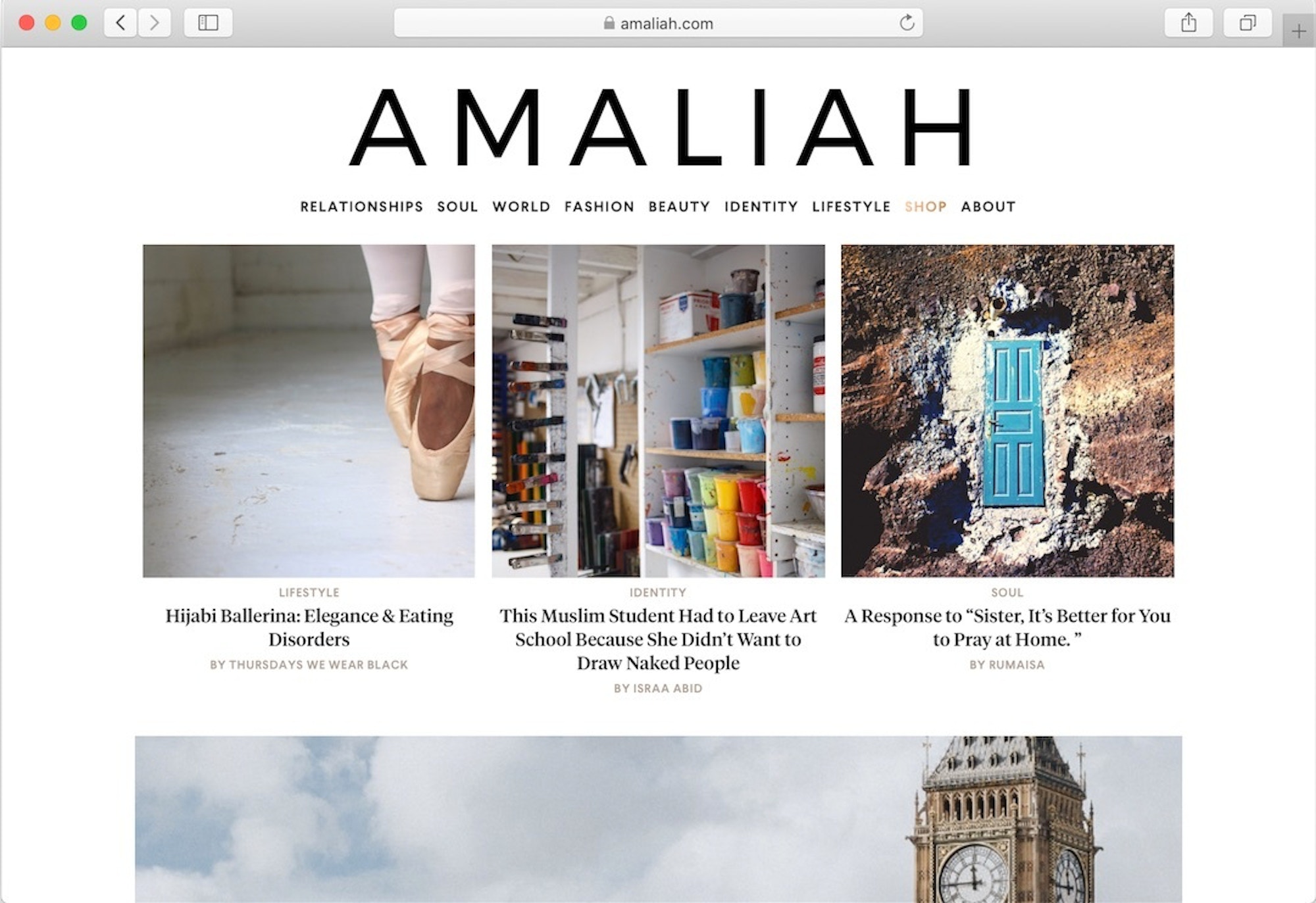 Having come up with the first idea for Amaliah at university, the platform has now developed to include an insights agency. “A brand would knock on the door, saying they’d love to talk to us about a brief. And I began to realise that ‘talk to us’ was another way of saying consultancy or freelance work,” she reflects. “I realised we were offering a service, so we started formalising our agency arm.”

“​[Be] intentional about what you gravitate towards​. We sometimes don’t realise how unique that is.”

With Amaliah now also serving as an agency, Nafisa and the team will work with companies such as Pinterest and eBay to provide insights surrounding female Muslim consumers and users; furthering their work to increase awareness and representation in advertising and beyond. “A lot of it is about trying to offer a window of what representation looks like on our terms.”

Nafisa also offers her advice to anyone who might not have a clear idea of which path to follow; “[Be] intentional about what you gravitate towards. We sometimes don’t realise how unique that is... When most people think about achieving X or Y, those things are rarely out of reach. They might feel different or foreign, but it’s very rarely something you can’t do.” And a reminder that there is a world of opportunity out there: “I actually think the bigger challenge [for people starting out] now isn’t about not being able to become something, but more about choosing which thing you want to become.”

Jonathan Trimble, founder and CEO of 18 Feet & Rising, on trusting your heart and testing boundaries

Alex Blacklock, account director at Creature of London: “You have to be the person with a plan and be prepared to argue”