On the podcast this week we catch up with Nadine Chahine, one of the foremost experts in Arabic type design. Rising up the ranks at foundry Monotype from intern to UK Type Director, the ridiculously driven Nadine has been entrusted with crafting Arabic versions of some of the world’s best-known typefaces, including Frutiger, Helvetica and Univers. In this time she has also become an expert in legibility, studying for a PhD alongside her role. But in 2018, after 13 years at Monotype, Nadine made the leap to work independently. She was exhausted juggling a demanding job and an MA in International Relations at Cambridge (her fourth degree!), and wanted the freedom to explore more political projects – something increasingly important to her practice. Here she explains how she made such a big career decision, reveals her unorthodox night owl schedule and gives advice on dealing with self-confidence, stress and burnout. 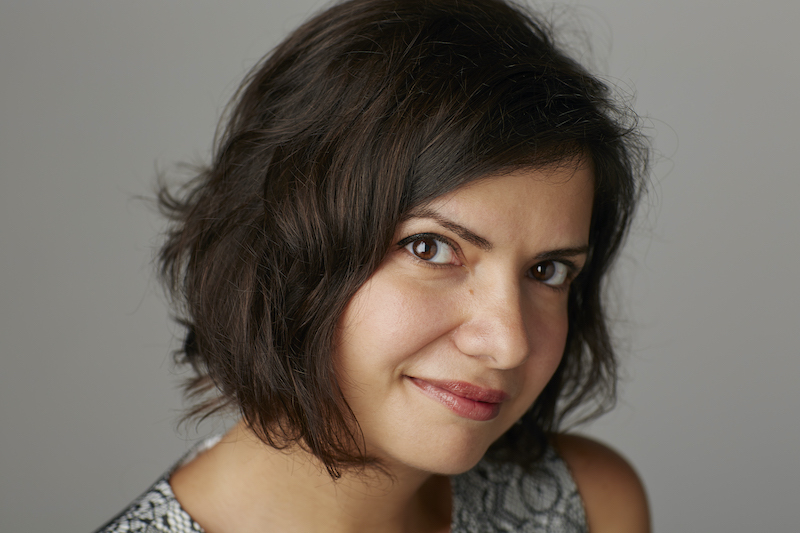 Studying graphic design at the American University of Beirut, Lebanese type expert Nadine Chahine found her calling when she discovered the detail-orientated, meticulous work of type design. “Funnily enough I was not a good graphic designer – I’m still not,” she tells us in this week's podcast. “Ask me to do a type specimen for one of my own typefaces, they all look horrible!”

When Nadine was studying in the late 90s, the number and quality of Arabic typefaces was very poor – there wasn’t a single sans serif Arabic typeface, she recalls. But in the past two decades, the field has blossomed – largely down to Nadine’s work both at global foundry Monotype and now as an independent designer. “When I look at the relationship of Arabic to Latin script, it’s the same way I look at the relationship between the East and the West, the same approach to dialogue and openness, harmony and respect,” she says. “It’s a respect for the similarities and the differences – the common humanity of both of us. This is both a political and a design ideology for me.”

“If we go through life as forever students, then time is not wasted because you’ve learnt something along the way.”

When Nadine first joined Linotype (which was acquired by rival Monotype in 2006) as an intern, she had expected to stay just six months. Her stint at the company ended up stretching to 13 years as she rose up the ranks to the highest role afforded to a designer – UK Type Director. In that time she has become a leading expert on legibility, studying for a PhD alongside her job – giving up her weekends, evenings and holidays for five years. “My free time and social life paid the price,” she says. “But it's very difficult to leave the workforce to go study, because when you come back, people have progressed, and yes you have a degree, but you’ve lost your contacts and your space.”

Nadine said she would leave Monotype when she stopped learning, and in 2018 that time came. She wanted more time to focus on her MA in International Relations at Cambridge and despite the creative freedom she experienced at the global company, she disagreed with her bosses in terms of business direction. “A company that is very large in structure does not leave a lot of space for individuals to move,” she says.

Nadine’s typeface, ‘Kafa’, meaning Arabic for ‘ENOUGH’: developed as a protest font against Trump's politics of hate and division.

Now working on type projects independently, Nadine is free to define her own projects and her schedule. A total night owl, Nadine tells us that she finds the hours between 11pm and 2am the best for the mediative, detailed work of type design, and prefers to use the “energy of the day” to do errands and meetings. Setting out on her own has also given her the opportunity explore more overtly political projects – like her typeface protesting President Trump’s “politics of hate and division” – marrying her interest in international relations and type. “There is a learning opportunity in every project we take on, and in every person we meet,” she says in this advice-packed podcast. “If we go through life as forever students, then time is not wasted because you've learnt something along the way.”

Graphic designer Sarah Boris: “I never thought I would go into design”

Browse our Opportunities Board for entry-level jobs, internships, mentoring and more