We all have to start somewhere, and for Milo Targett, that involved plasticine, a video camera and Powerpoint. Today, he’s continuing to pursue both personal and narrative-driven work as a senior creative at London-based animation studio, Animade. But animation wasn’t necessarily an obvious choice for the Kingston Illustration and Animation graduate, who initially experienced a great deal of career-related confusion, due to conflicting interests while growing up. With an experimental approach to learning new software, Milo increasingly incorporates 3D elements within a more traditional 2D way of working. He tells us about maintaining a personal voice while working on commercial client work, and the importance of passion over technical wizardry when starting out. 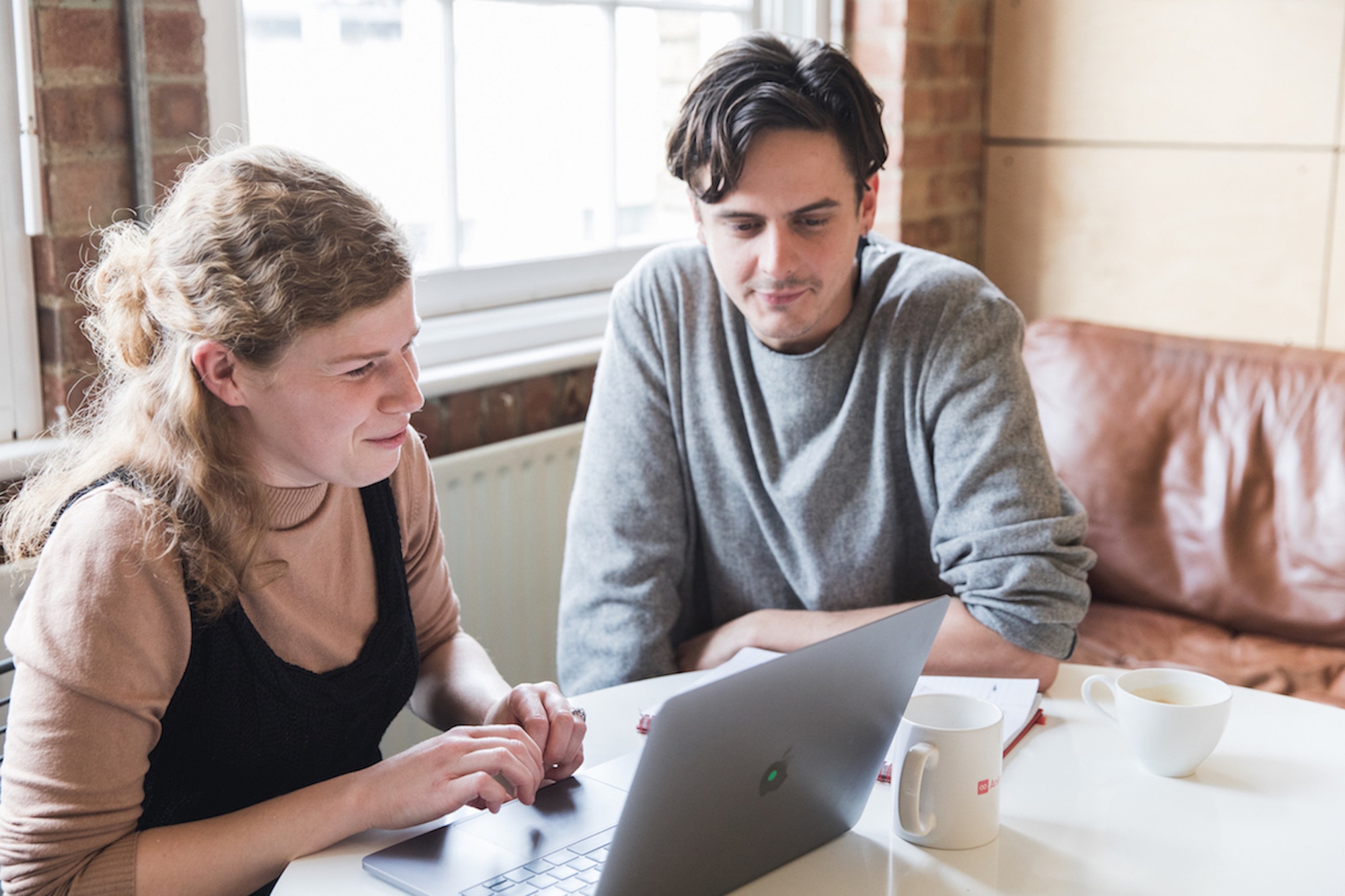 Milo and head of production Laura Darby at work

How would you describe your job?
My days tend to be pretty varied. I spend a lot of time designing and storyboarding for commercial work as well as animating when we’re busy. We shift around a lot and help each other out on our various projects.

What does a typical working day look like?
I walk to work in the morning, which is a rarity in London. We work 9am to 6pm every day and stick to that pretty religiously. I think it’s important to have time in the evenings. An ideal working day would hopefully involve coming up with some ideas for a project, or designing something fun. I also really enjoy digging into drawn animation – preferably something I haven’t tried before.

What do you like about working in London?
It’s great; there’s a really big community of animators, illustrators and creatives. There are plenty of people to bounce ideas off and just generally seek advice from. I wouldn’t say it’s essential to be here, but it’s a good place to start out. Downsides are obviously how expensive it is, and the busyness isn’t for everyone. I find it a really exciting place to live, so those things don’t matter so much to me.

“I felt that [Animade] was aligned with what I was trying to do in my own practice, and it was small enough that I didn’t feel like my individual voice was going to get lost.”

How did you land your current job?
I had heard of Animade whilst I was at university, so when I finished I applied for the internship. I didn’t get it but I was asked to come in as a freelancer later. After a little while they asked if I wanted to stay on full-time. I really felt that the company was aligned with what I was trying to do in my own practice, and it was small enough that I didn’t feel like my individual voice was going to get lost.

Where does the majority of your work take place?
I spend the majority of my time in front of a Cintiq in the studio. Recently I have switched to a laptop, which has been great for being able to move around the studio a bit more. Sometimes I’ll be out at client offices discussing a new project or pitching work.

How collaborative is your role?
Very collaborative, as is the nature of animation. It’s really important to identify your own skill set and see where other people can enhance whatever you’re doing. One of the best things about working in a studio is that you get to know how the people around you can help in your work.

“Animation and design skills are obviously really important, but starting out, just a grasp of the basics is good enough to get going.” 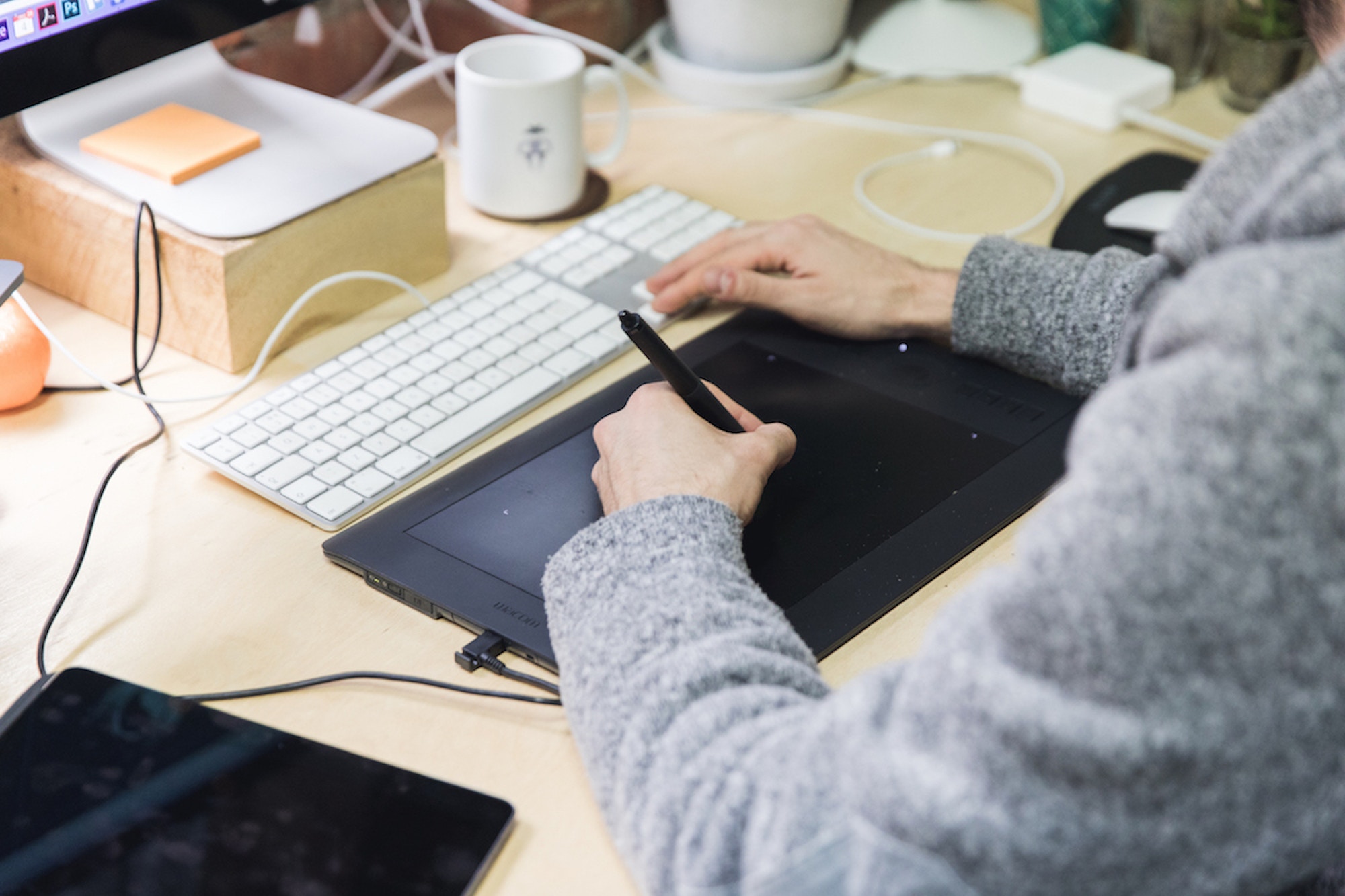 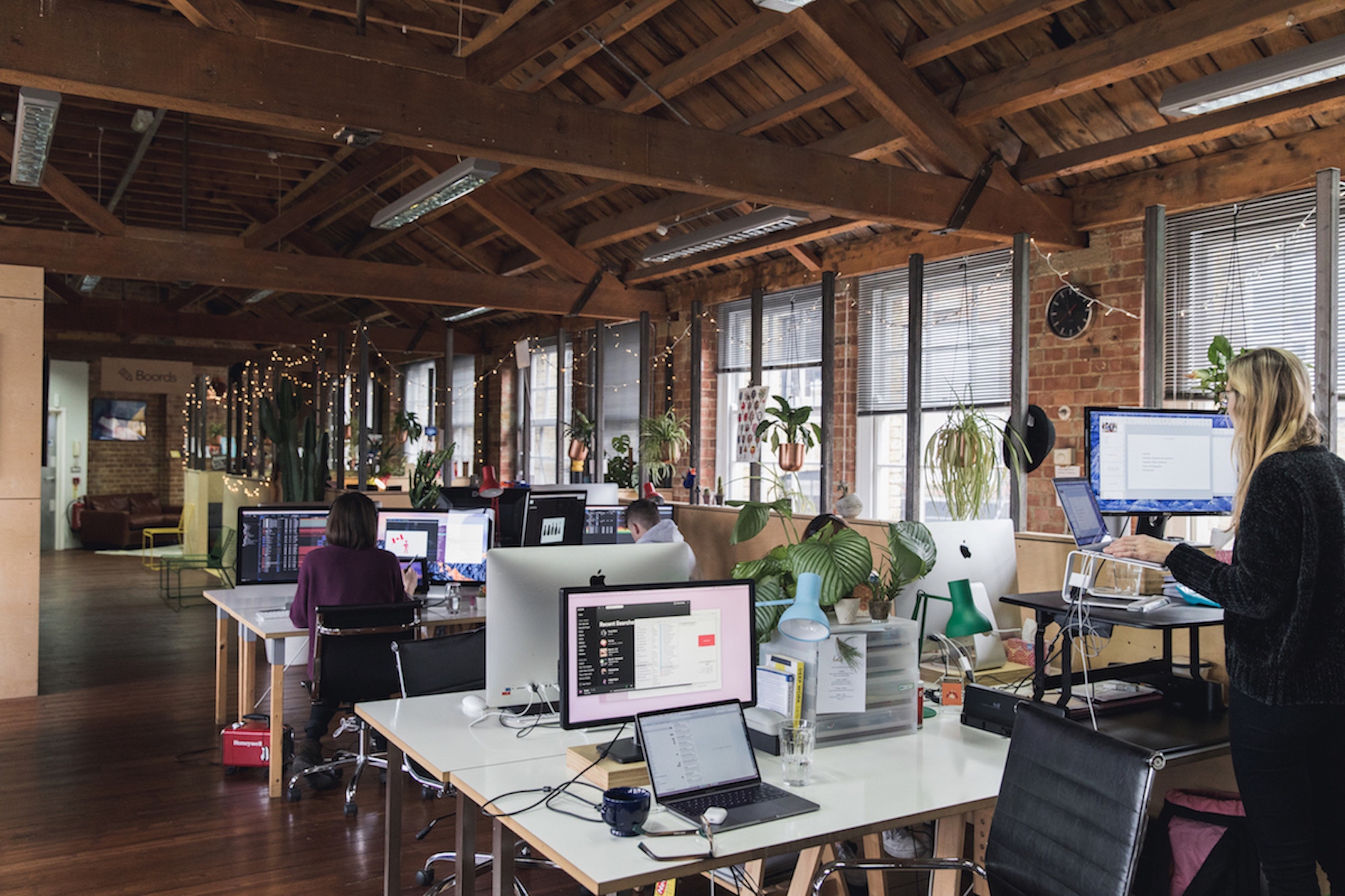 What are the most and least enjoyable aspects of your job?
I most enjoy anything that engages my brain creatively, whether that be idea generation, designing or figuring out an interesting bit of animation. I don’t so much enjoy monotonous tasks like tracing or repetitive animation, but there will always be a certain amount of that to do.

What has been the most exciting project of the last twelve months?
The most exciting client piece was for Facebook EMEA. I was involved from the start, and we went through a really good pitching process and got a 3D model together. I worked to come up with the concept and then sketched designs for each of the machines. Ricard Badia, our junior animator, translated these sketches into a C4D model and the result was really satisfying. We were working with some new processes for this project which is always exciting.

“It’s good to maintain an idea of who you are as an individual creative when you’re working within a studio.”

Do you run any self-initiated alongside your job?
I try and keep a lot of self-initiated projects going as making narrative-driven personal work is why I got into animation. Often things I work on outside of the studio will end up becoming an internal project for the studio. It will be given time and help alongside client work, which is great.

It’s worth bearing in mind that doing creative work within a studio usually means you do not retain ownership of the creative. These projects will be a really good way of trying out new ideas and techniques, but it’s good to maintain an idea of who you are as an individual creative when you’re working within a studio.

What tools do you use most for your work?
I use a Cintiq to draw into programs like Photoshop and Flash and often use it to design and animate in After Effects. I have been using Cinema 4D more and more in my work, too. It’s interesting to see how 3D can fit with my mostly 2D way of working.

Party Pooper, 2016 (made at Animade); sound by Prince Lucien and Big Cool Slug

What did you want to be growing up?
I’m not sure, I don’t think I really knew. I used to make animations using a video camera and plasticine and even tried animating in Powerpoint! But really I had a lot of different interests growing up and was really confused about how they applied to making money.

What influence has your upbringing had on your work?
I’ve been lucky enough to have parents that encouraged me to do creative stuff growing up, which probably helped me get a grasp of the whole thing early on.

How (if at all) is the subject you studied useful to your current role?
At Kingston they focused on illustration and animation in a narrative and conceptual sense first. I think approaching my work from this angle of good ideas over style has been really helpful to me. They also put a lot of focus on improving our drawing skills which has turned out to be very useful.

What were your first jobs?
Before Animade I freelanced around a few studios and worked with some friends, but hadn’t had a proper full-time job at a studio.

What in particular helped you the most at the start of your career?
A few people, really. There were tutors who I asked for contacts in the industry, animators I respected who I reached out to for advice, and people who I worked for early on, as well as the guys at Animade.

Was there a particular project you worked on that helped your development?
Collaborating with a developer on Party Pooper made it a really exciting project and really helped open up my practice to more possibilities. There are also a few less impressive early projects that taught me a lot about animation and the industry.

“The biggest challenge is knowing what you want from your career, and also being okay with it when you don’t.”

What skills have you learnt along the way?
My main skill had been drawing at uni and I hadn’t used After Effects before I began at Animade, so learning how to use that was a massive skill shift. I’m constantly finding out more and more about the program – particularly the scripting and expression side of things. Projects like Lido Sim (above) came directly from experimenting with expressions and the new avenues that opened up.

What’s been your biggest challenge?
Knowing what you want from your career and also being okay with it when you don’t. Nearly all of the opportunities that you encounter will not be ones you planned for.

Is your job what you thought it would be?
It’s more fun than I thought it would be. I also use a greater variety of the knowledge and skills I’ve learnt throughout my life than I would have expected. There’s a lot more to the role than just animation and design, so learning to find people to work with on all the other stuff is really important

What would you like to do next?
I’m looking to explore more projects that push me to do new things outside of my comfort zone. It would be great to get round to doing some more interactive work.

Could you do this job forever?
I’m sure that I will always be working creatively. I really love the way each project presents its own challenges and pushes me further.

What do you feel is the natural career progression for someone in your current position?
Hopefully developing more ownership and control over my work, both with clients and personally. It’s been interesting in the last few years having more opportunities to run projects with less overseeing. I’m spending more of my time designing and directing projects upfront rather than being so hands-on with the actual animation, and I imagine that will continue.

“Email everyone – people you respect, studios you’d like to work with and animators in the industry.” 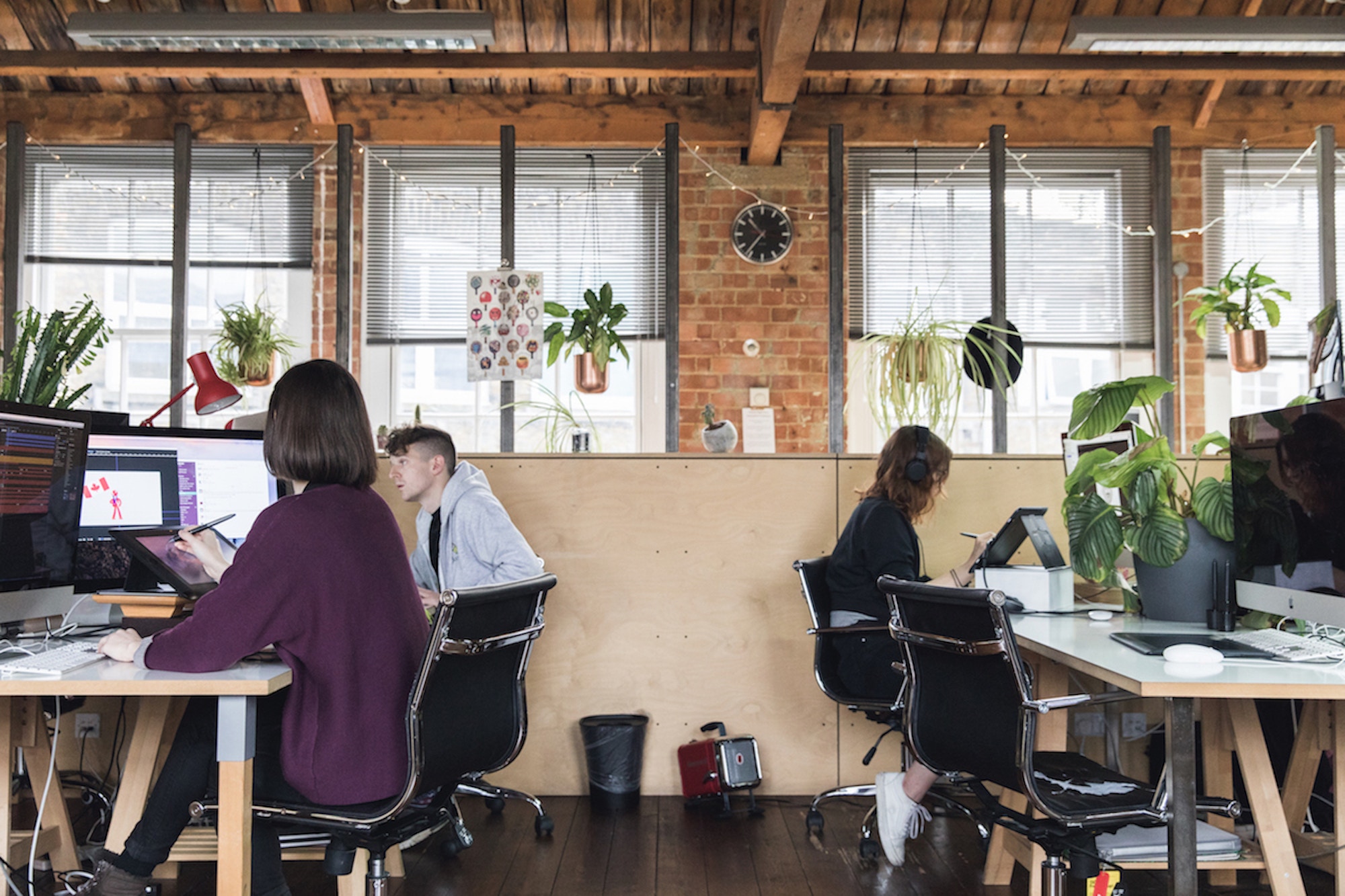 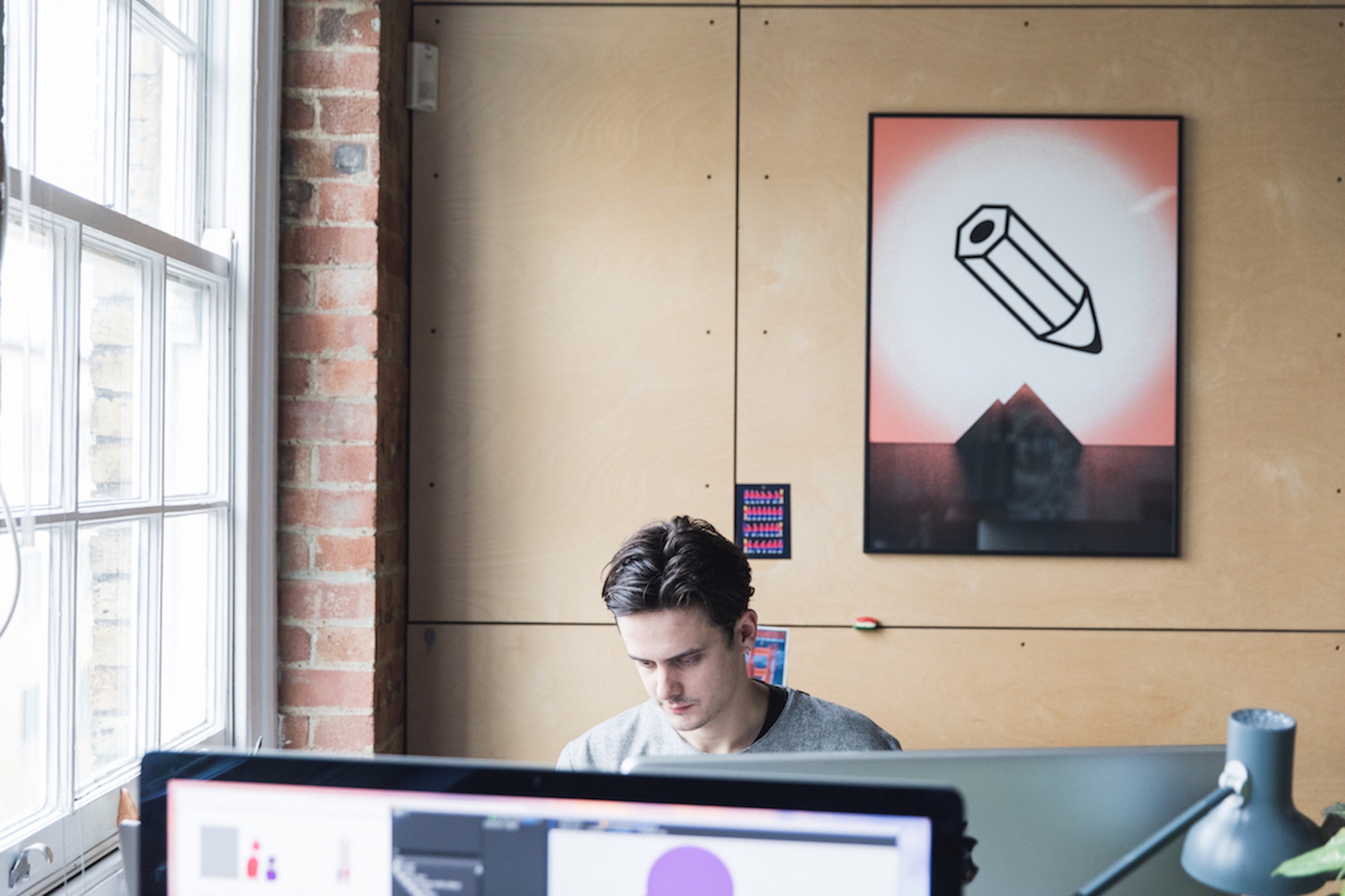 What advice would you give to a young creative wanting to do the same kind of work?
Email everyone – people you respect, studios you’d like to work with and animators in the industry. As long as you’re passionate about your work, it will be good. This is more important than having skills – they will develop naturally from doing things you love doing. Be careful of getting taken advantage of at the start of your career, but also be open to taking risks.

Animator and director Russ Etheridge: “Whatever you find fun will be the thing you become an expert at”

Feel like you deserve it: Anna Ginsburg on self-belief and finding your voice

“Believe in yourself – you aren’t nearly as bad as you think you are”: Animator Katy Wang on overcoming self-doubt