Parts of the Process — The three-hour brief: Michelle Thompson on creating an illustration for Broadly

When an email landed in her inbox just as she was off to the gym, Michelle Thompson ended up doing an altogether different kind of workout. Tasked with creating an illustration to accompany an article by writer Moira Donegan for online platform Broadly, Michelle had just three hours to deliver an image to the client. Responding to the article – an exploration of the impact of sexual assault stories – Michelle focused on a word, ‘collective’ for inspiration. The result is a digital collage, created using pre-scanned segments, cut outs and photographs. She takes us through the process of working to an almost impossibly-tight deadline, and tells us why she thinks this often produces the most exciting results.

An art director from [online platform] Broadly initially approached me over the summer after seeing my work through Instagram. They wanted to ask if I would be interested in working with them.

I had just finished my first illustration for them, which was briefed at 7pm on a Friday and completed ready for Monday morning. But then an hour later, the client had another last minute job that came in just before I was off to bootcamp at 6pm. It was initially a two hour deadline, but with feedback, approval and collecting my boys from karate in between, it came to just three hours! I missed bootcamp and sat working in my gym kit, finishing at 9pm.

At the moment, working on such a tight deadline is really common for news-related illustrators. I like working on these, as decisions have to be made quickly. These jobs tend to be the more profitable as you’re earning your fee in a shorter space of time. I’m not sure that I’m known for it, but I actually have a few regular clients who do call me when they had a mad deadline. 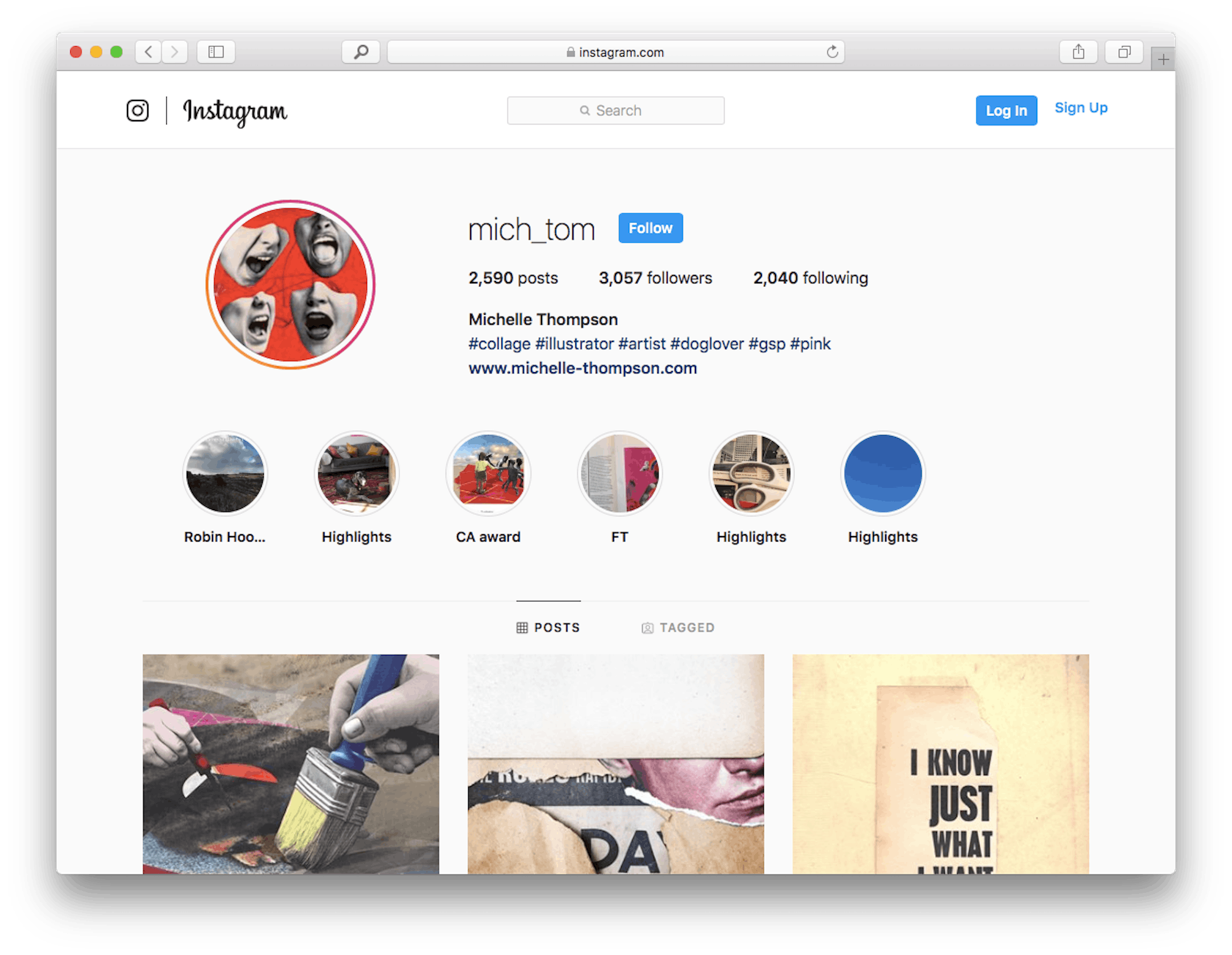 Finding Inspiration within the Article

In the article, Moira Donegan, the writer, editor, and creator of the Shitty Media Men list, speaks to feminist scholars and women and non-binary people across the country about the degree to which rape and sexual assault narratives dominate the news cycle on a daily basis.

She looks at how this has contributed to our collective and personal ideas of victimhood and re-traumatisation: How does it feel to be a person who has experienced sexual violence in a constant cultural conversation about the meaning of sexual violence? Something that spoke to our collective trauma and collective care, could be really powerful. So my main focus was to work with the word ‘Collective.’ 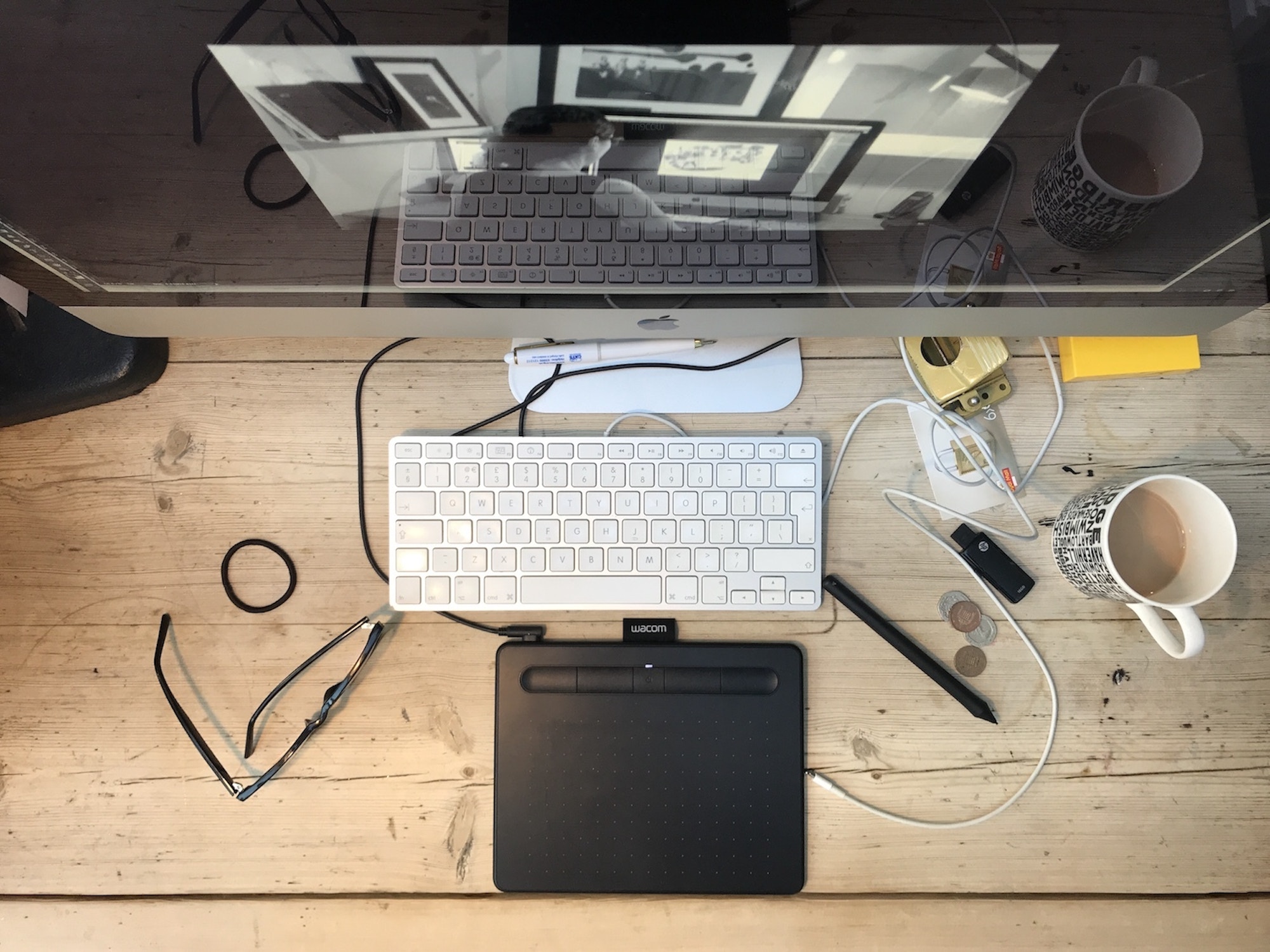 But with a two-day deadline. there just isn’t time to do this. With such a tight timeline, I used imagery both from stock, previous scans and I even resorted to photographing vintage magazines. And I worked straight onto a screen using Photoshop, and also had my scanner and iPhone to hand.

None of my collage work is commissioned now. All my illustration commissions are produced digitally. They might have collage elements scanned in, but nearly all commissions need specific elements that even with my huge collection I just wouldn’t find. It takes me a while to go through my papers. As I also get a lot of politically-focused work, these mainly rely on using photos provided by the client. 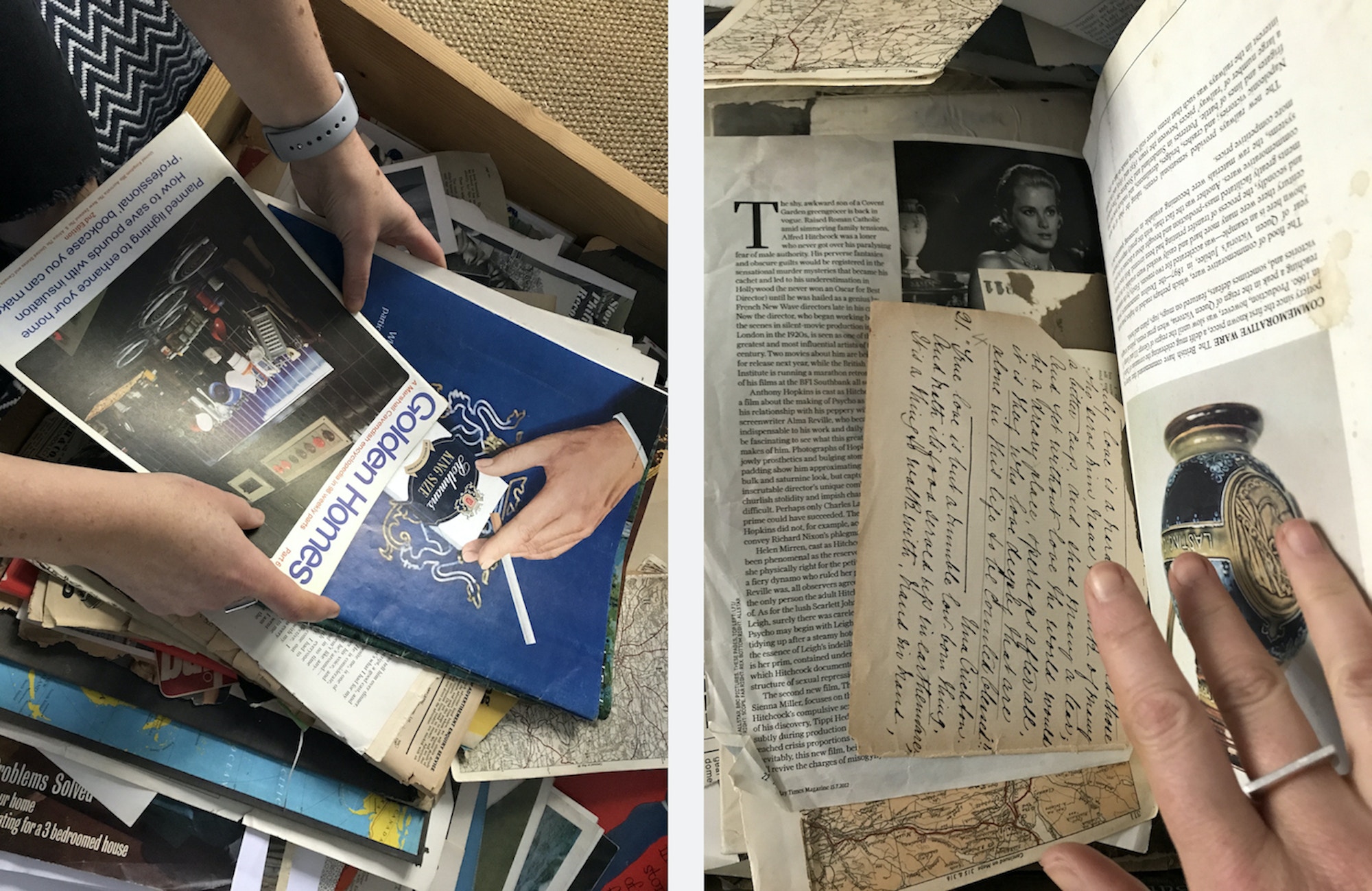 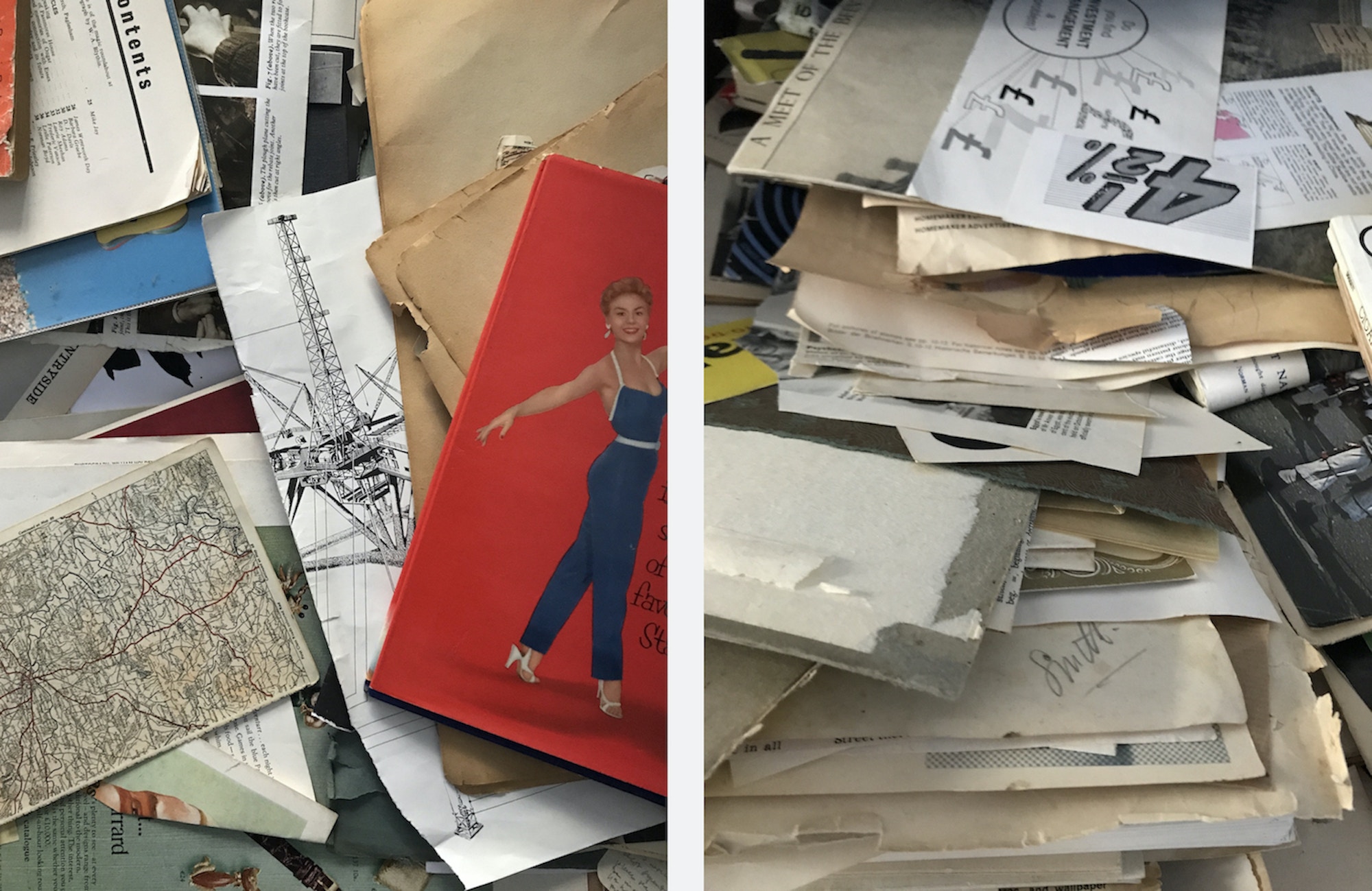 Collaborating with the Client

The amount of back and forth between myself and the client really depends on the subject and client. Sometimes it just works and I’m done, other times we’ll spend more time making sure we get it right.

In this case, I sent over five similar ideas. The client then picked one and we went from there. The first roughs are scrappy, but the second set were all cut out and near-completion. Usually at this stage, I would still be sending uncut imagery, but with the time constraints I just had to go for it.

The next set of roughs played around with colour. It was the client’s idea to have two different skin tones on the arms. I like how we got to the final together. 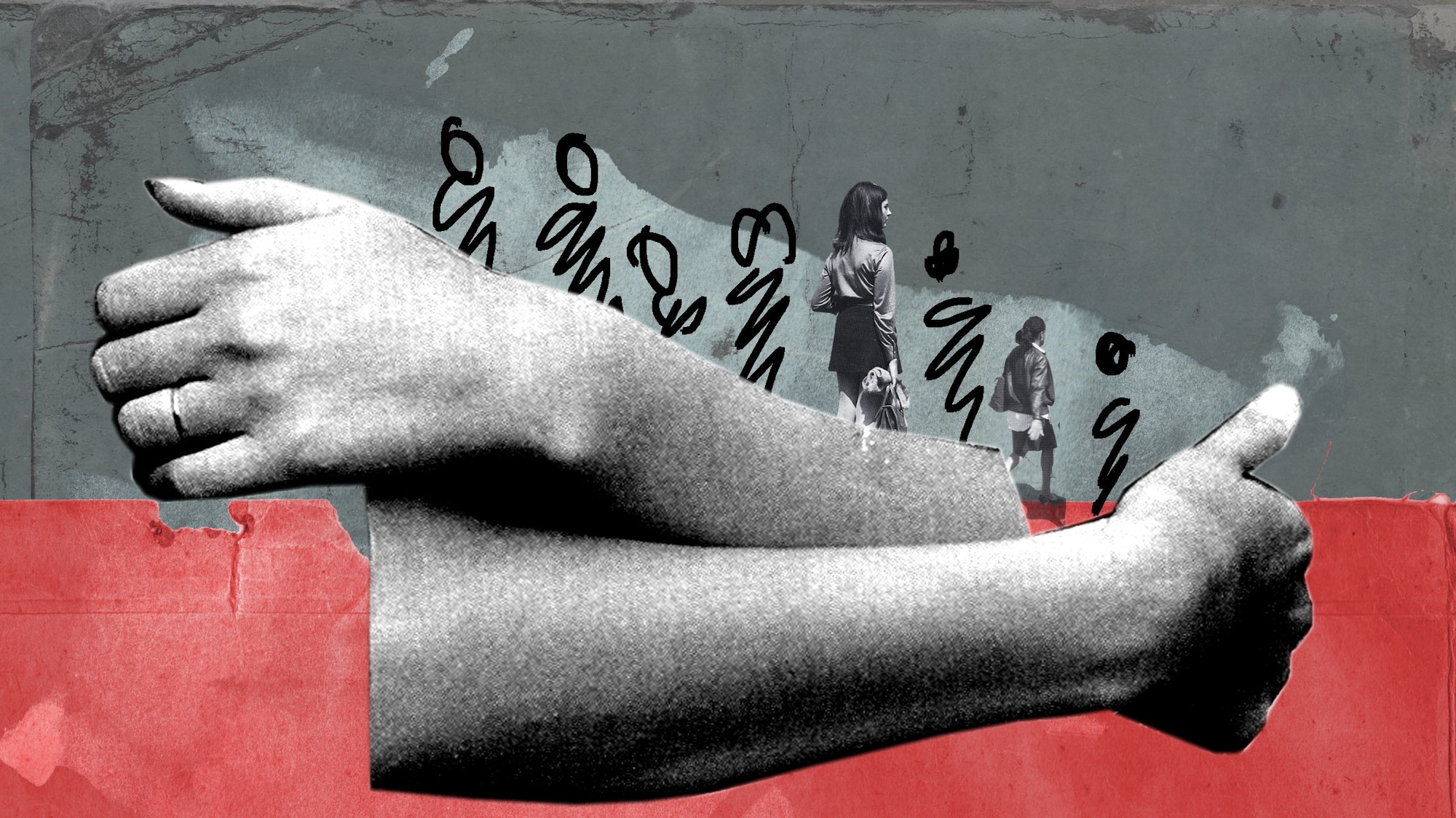 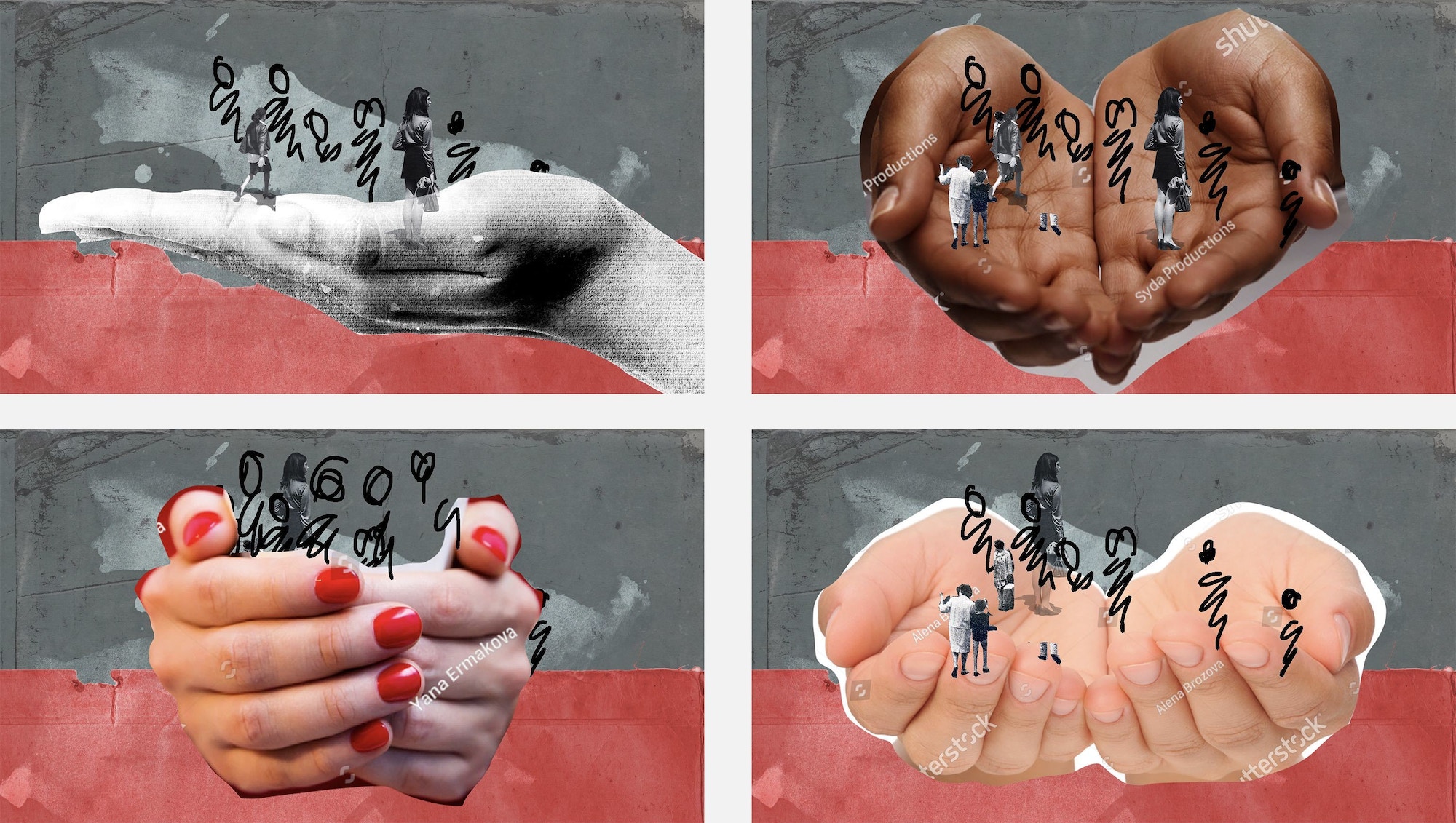 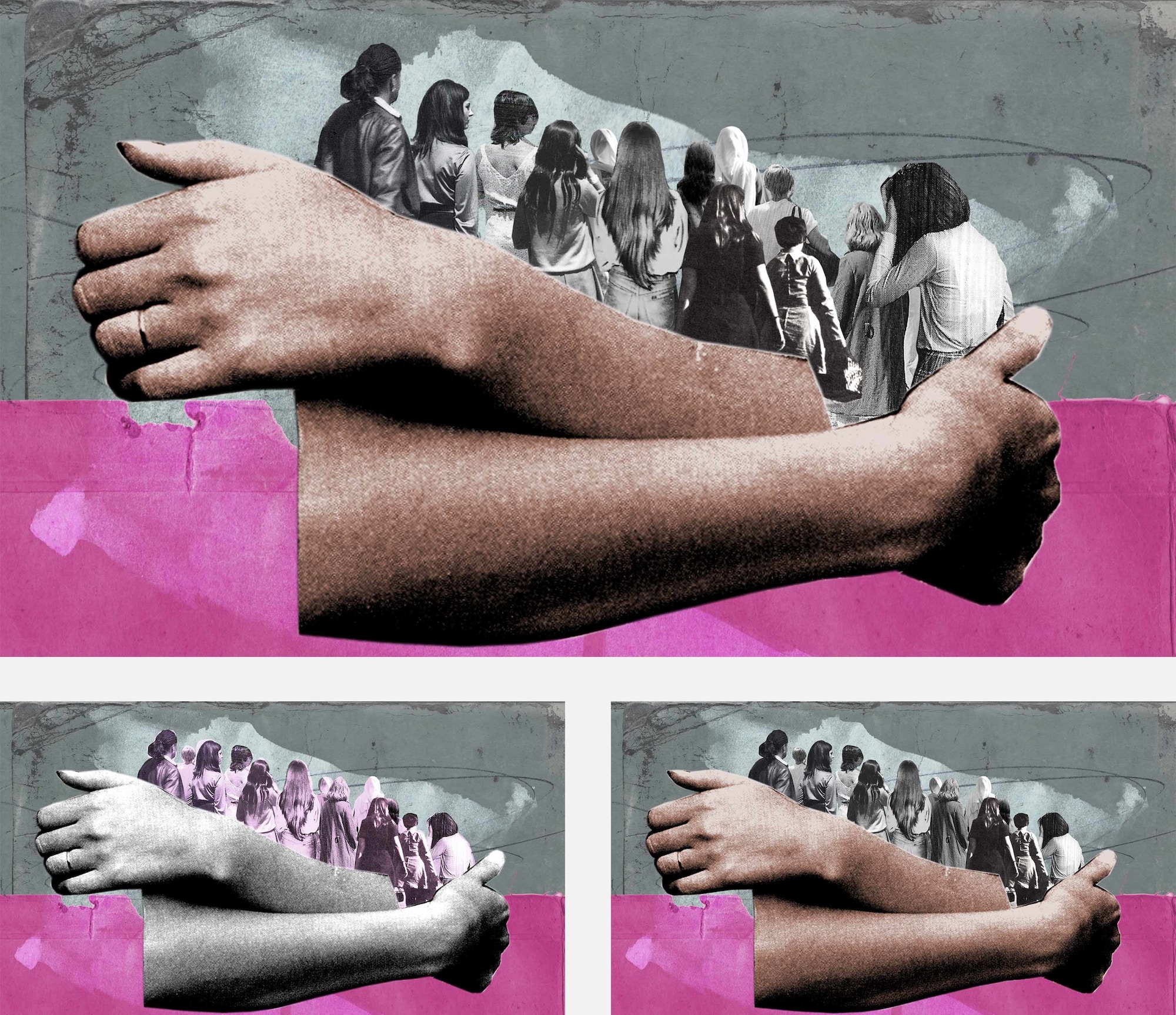 The second route and development 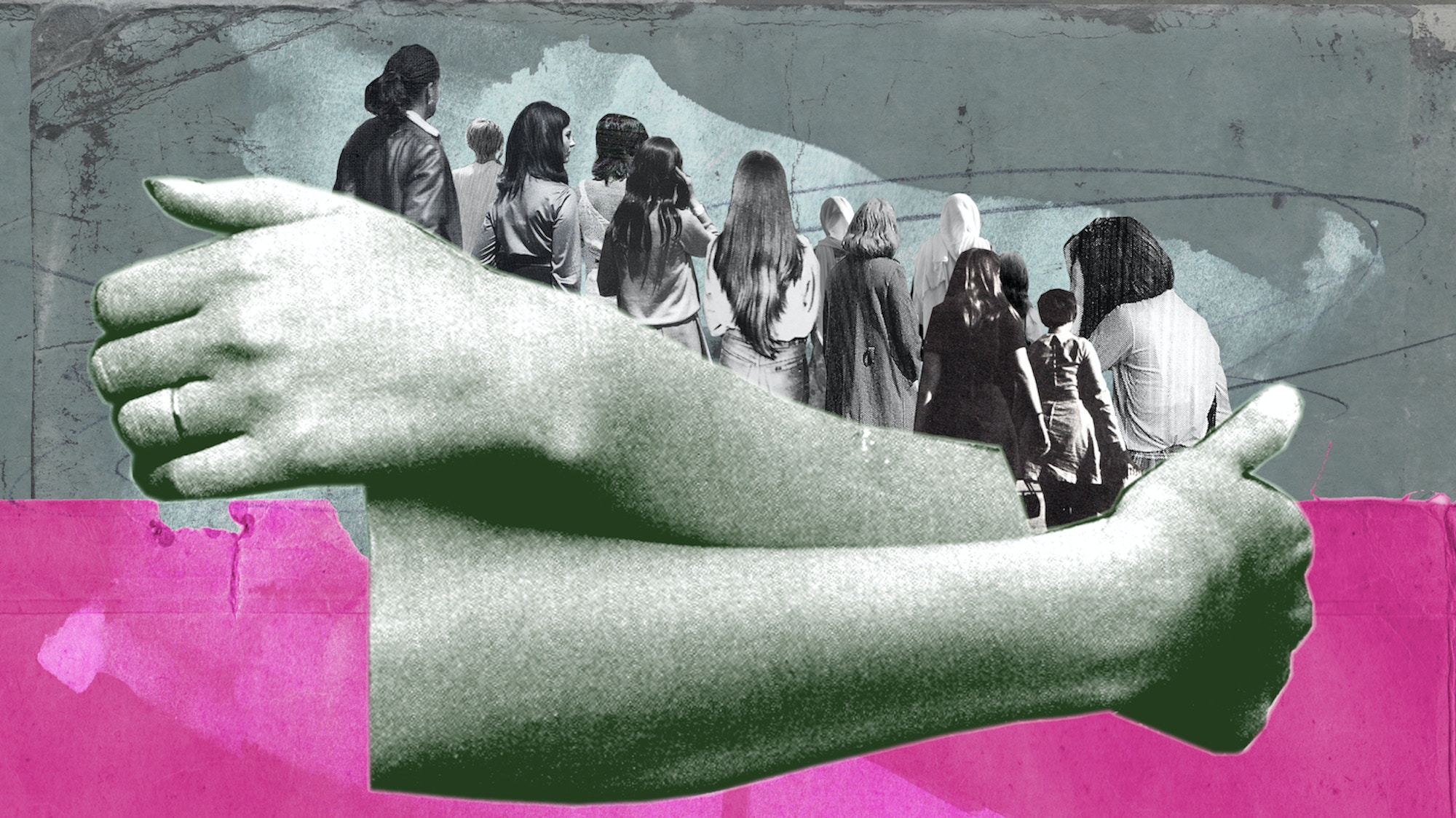 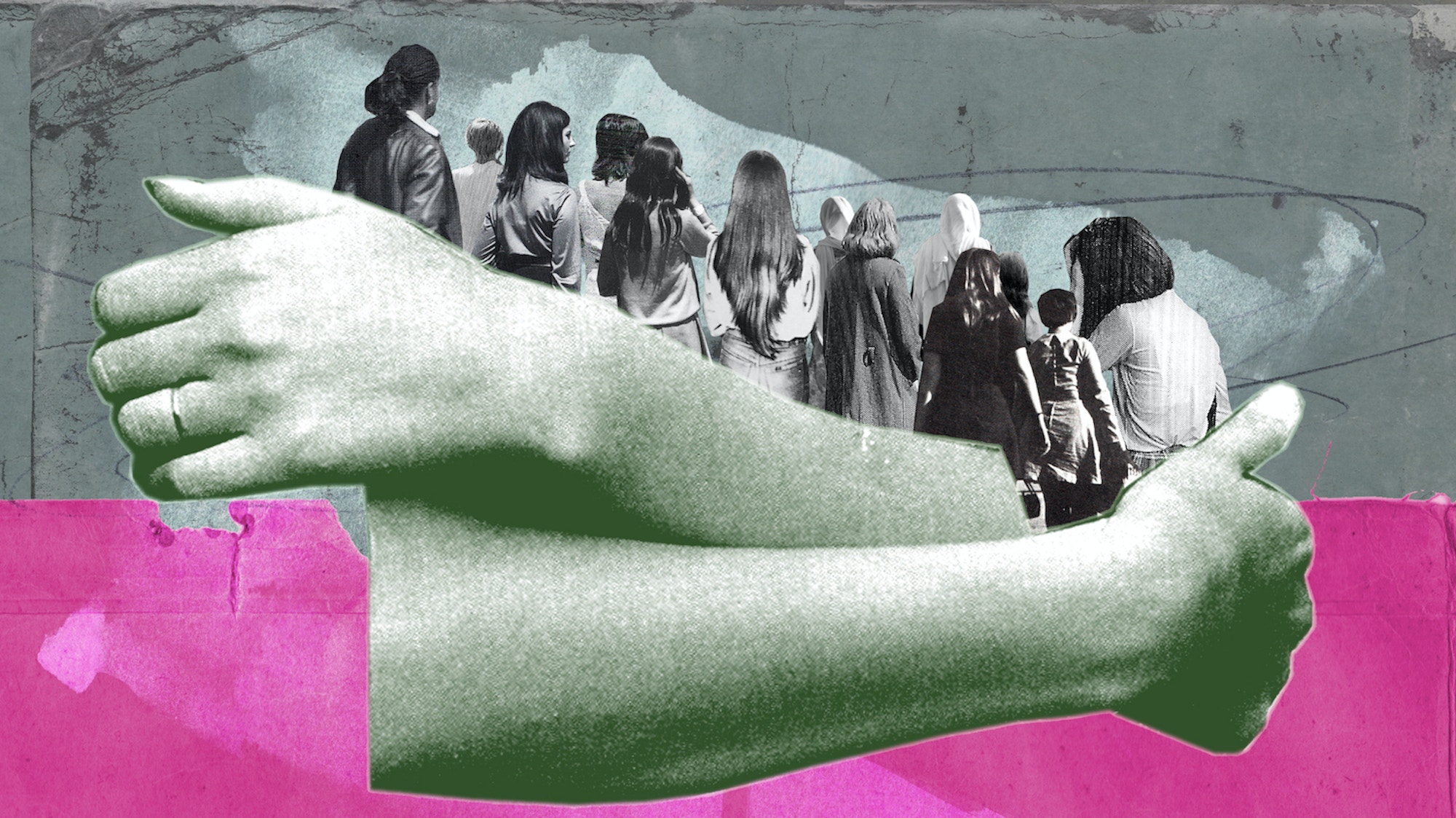 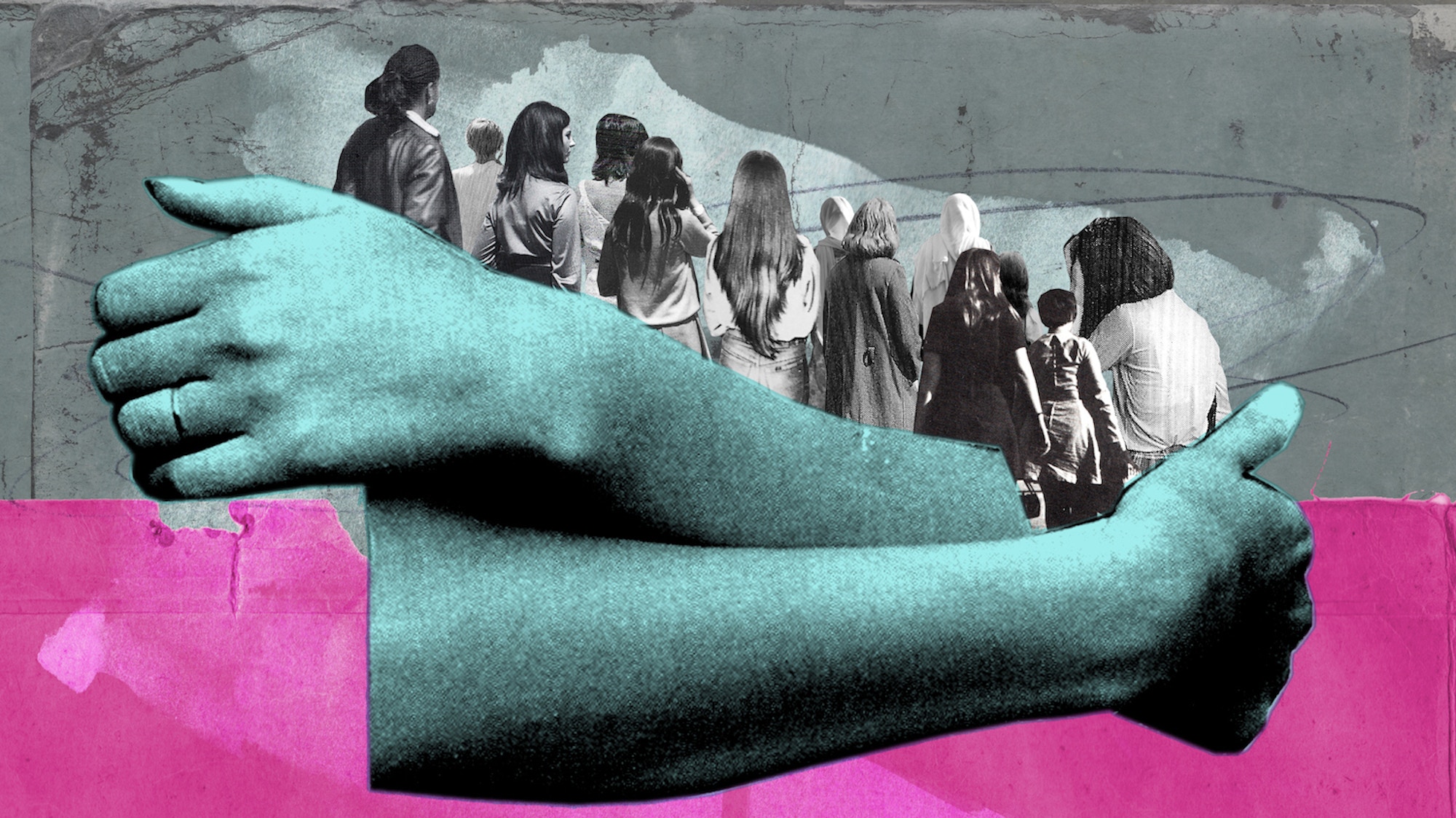 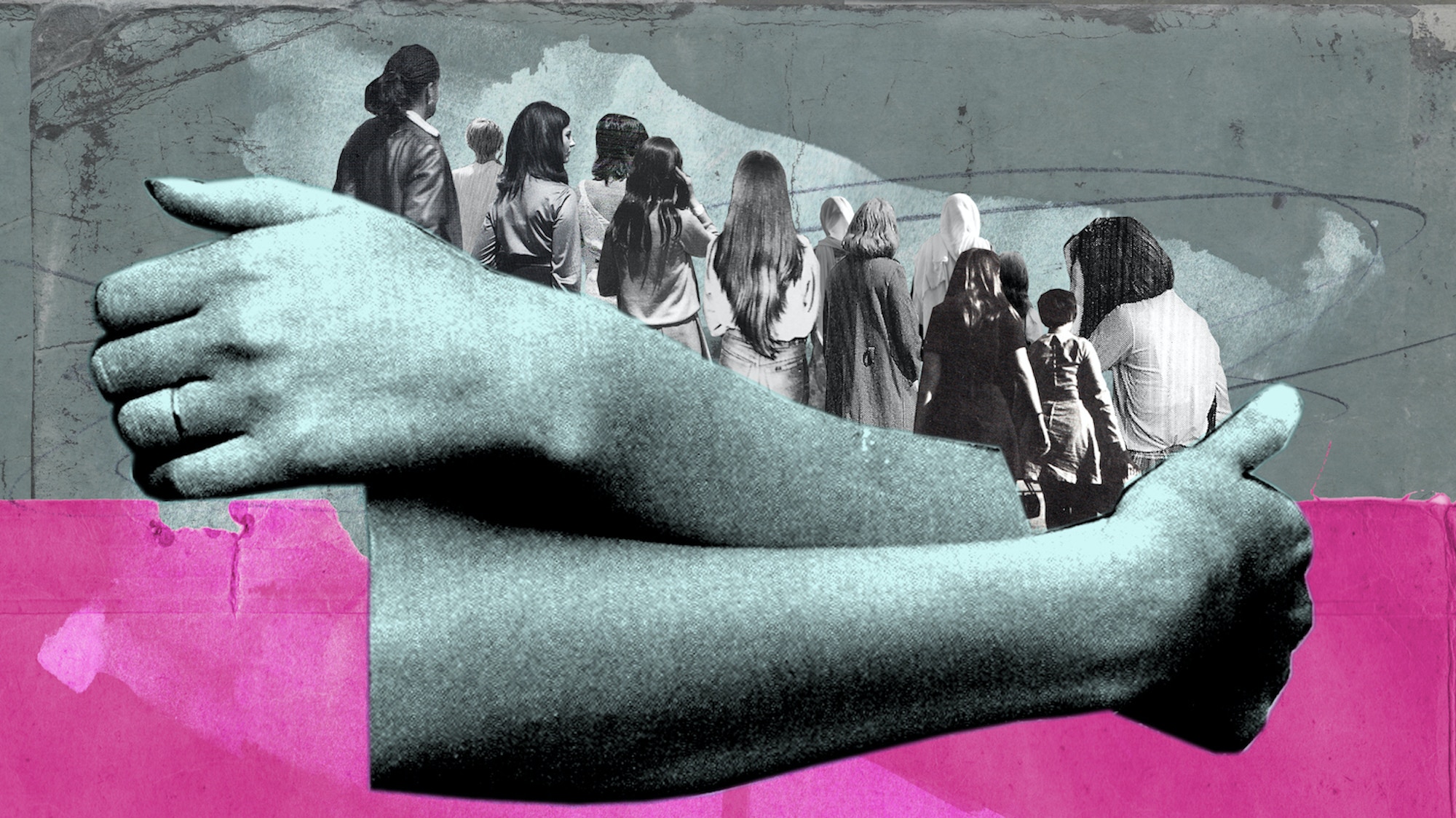 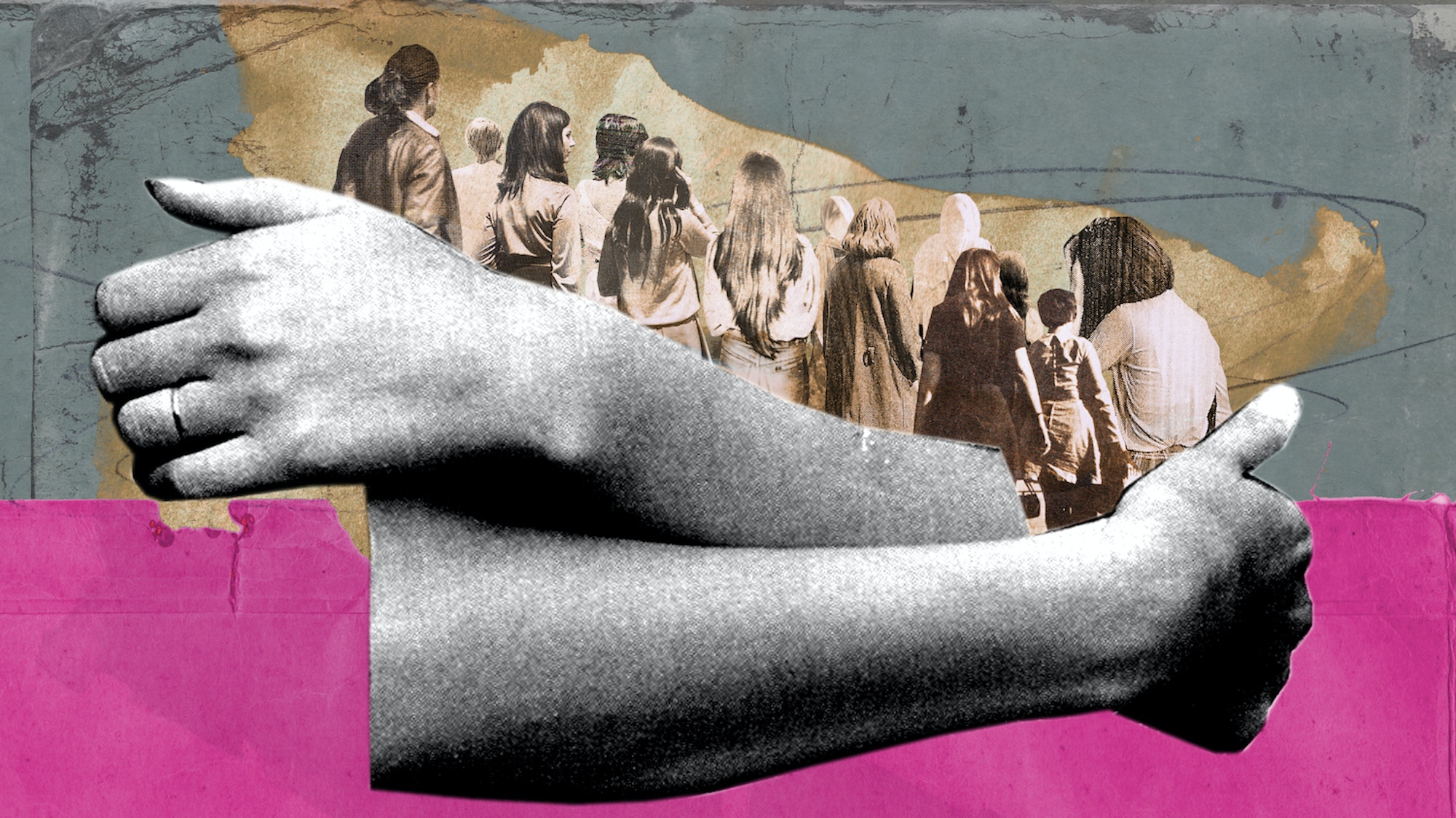 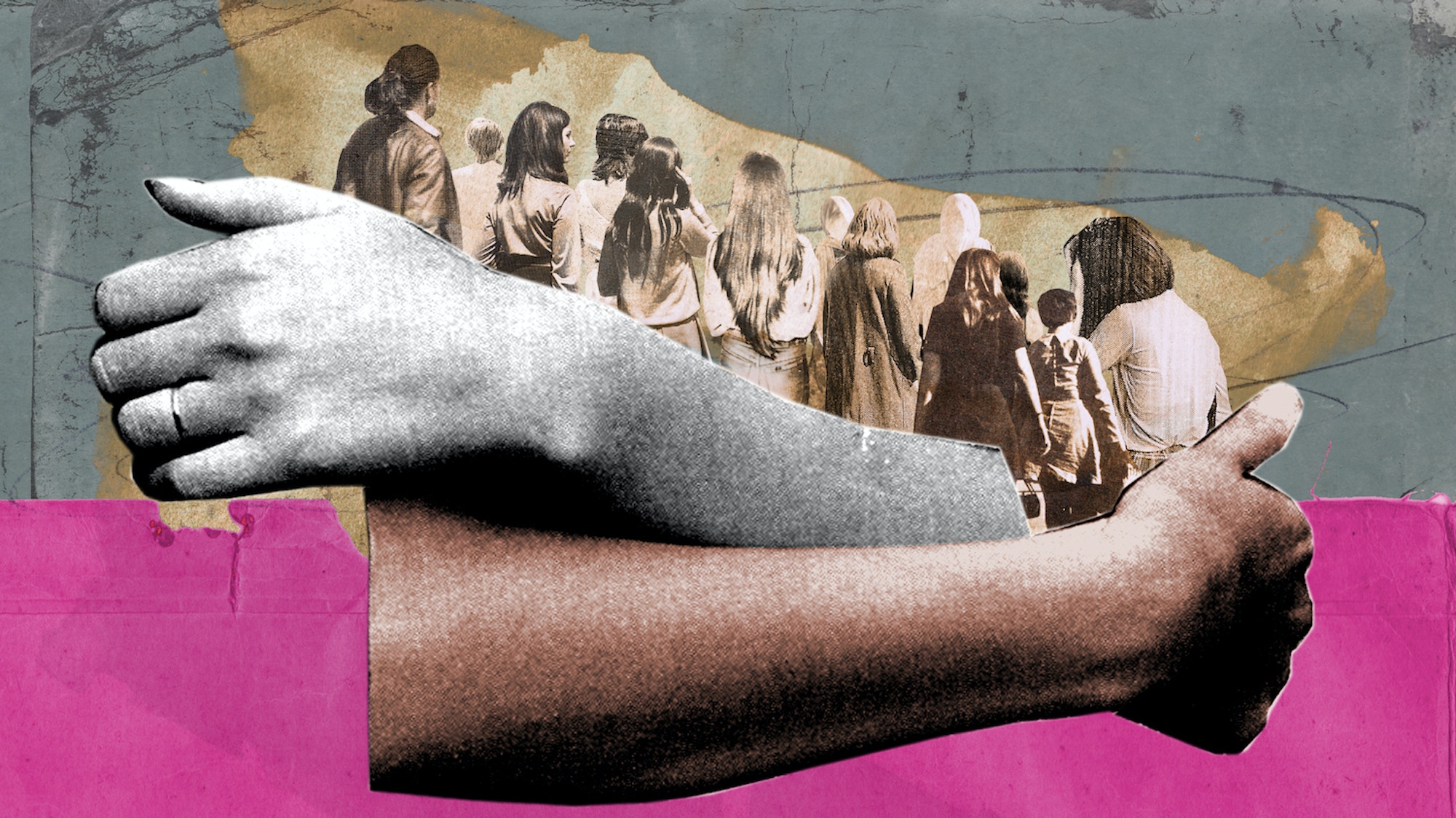 The job was emailed immediately. The client feedback was great, and I have since had three more commissions. It doesn’t always work, but I was lucky to have found a new client who trusted me to do my thing right from the beginning.

I absolutely love working to a tight deadline and working on more than one job. Decisions are made and kept sometimes you can overthink illustrations. Having said this, I can spend a lot of time day-dreaming, so it also teaches me to respond much quicker. I really think I produce some of my best work with quick editorial work. 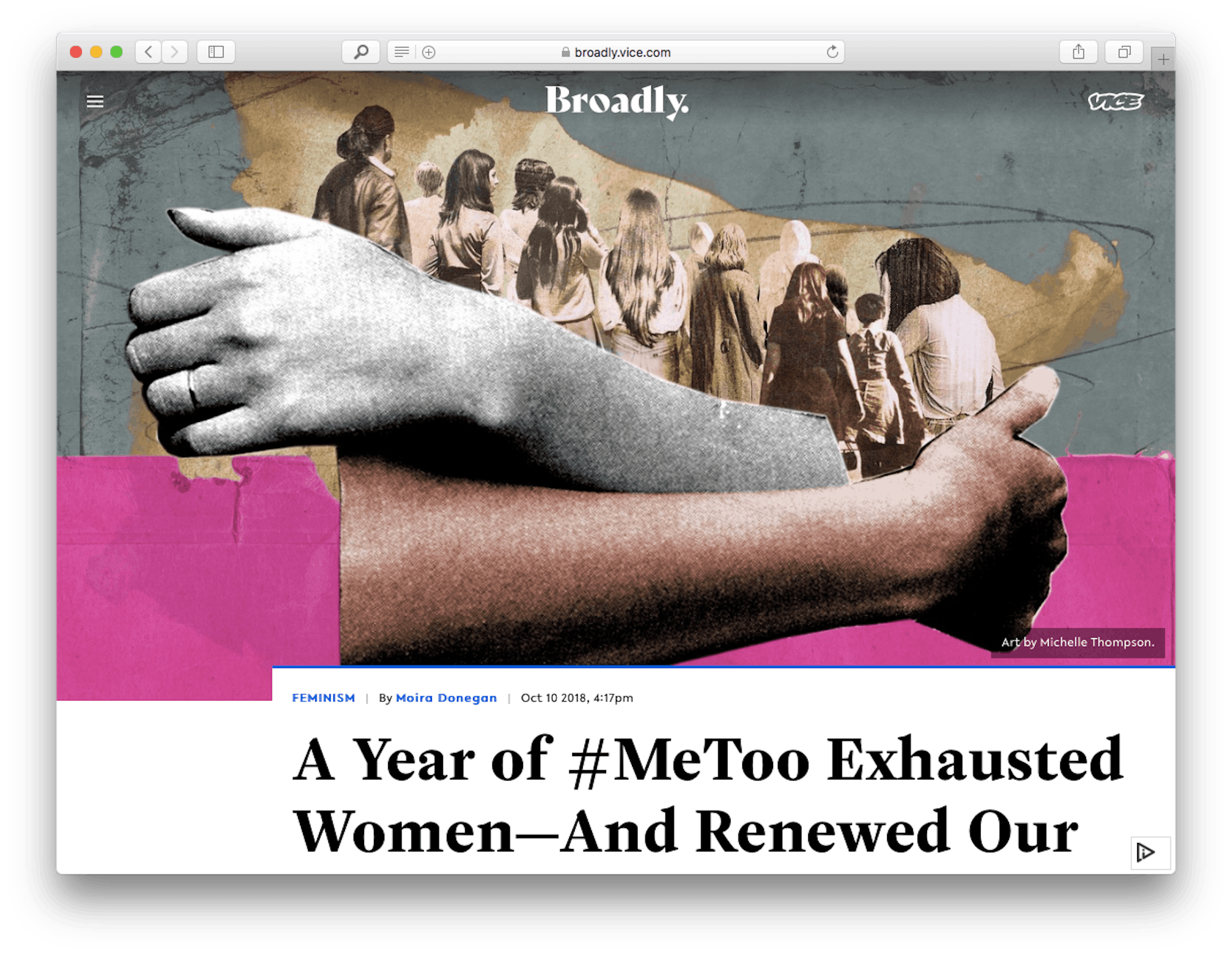 Jo Ham on building a brand, growing a business and the importance of perspective

We follow the career of multitasking, multitalented artist and illustrator Julie Verhoeven

We talk starting out, post-graduation life and heart-stopping emails with artist and illustrator Rose Blake