Barbara Metz and Eve Racine set up their eponymous, London-based studio in 2000, and have since applied their characteristically playful approach to still life imagery for the likes of Chanel, Dior, Louis Vuitton, Vogue and i-D. Their work has also been regularly featured in Italian interiors publication Living – a supplement of the Corriere della Sera newspaper – who last year approached the duo to capture a selection of products for their dedicated design edition. The outcome was a series of images that included the cover, created together with set designer Rachel Thomas. Barbara and Eve tell us how the collaboration came about and how they went about constructing and shooting these lively compositions.

Capture products representing the best in contemporary international design in an interesting way, to be featured in Living’s dedicated design special – a large-format, newspaper print edition.

We’ve had a long relationship with interiors magazine Living since its creation. Before it was called Living, the publication was previously Case da Abitare, run by the same team, who we had already worked with for years. When it comes to projects for Living, we generally have carte blanche, so there won’t usually be a pitch. Instead, we will often have an open brief, so we’ll come up with a concept for the shoot, then send them the treatment with our ideas.

We were contacted and briefed by the picture editor for the commission in July 2016. The brief itself was very open; we could propose what we wanted to do with it, as long as the images featured some of their key advertisers. Living already knew the brands they wanted us to feature, and the product list included pieces that were all quite different; from tiles and fabrics to a sofa. Once we had that list, we also picked out some more interesting products to add in.

“The brief itself was very open; we could propose what we wanted to do with it, as long as we included their key advertisers.” 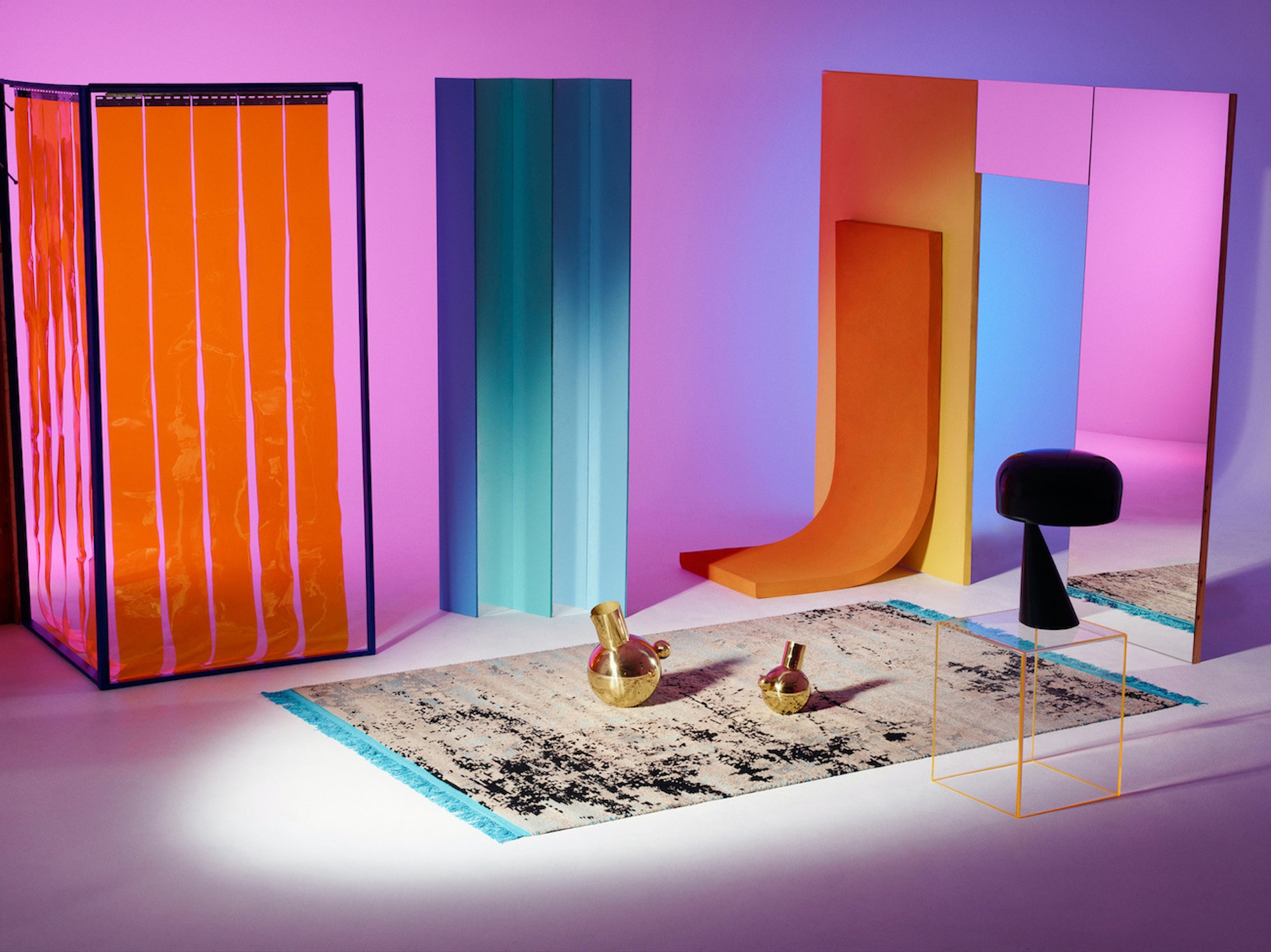 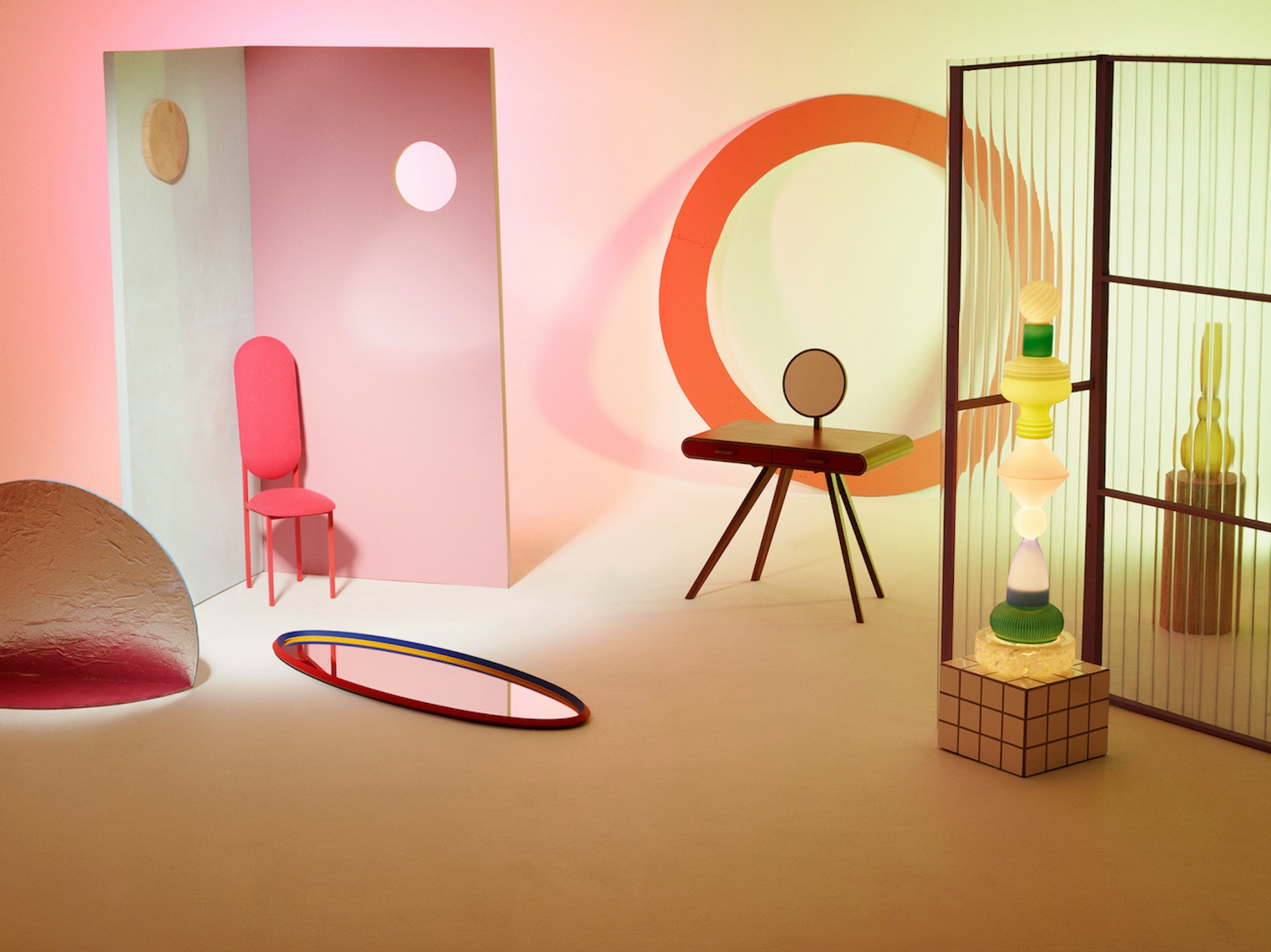 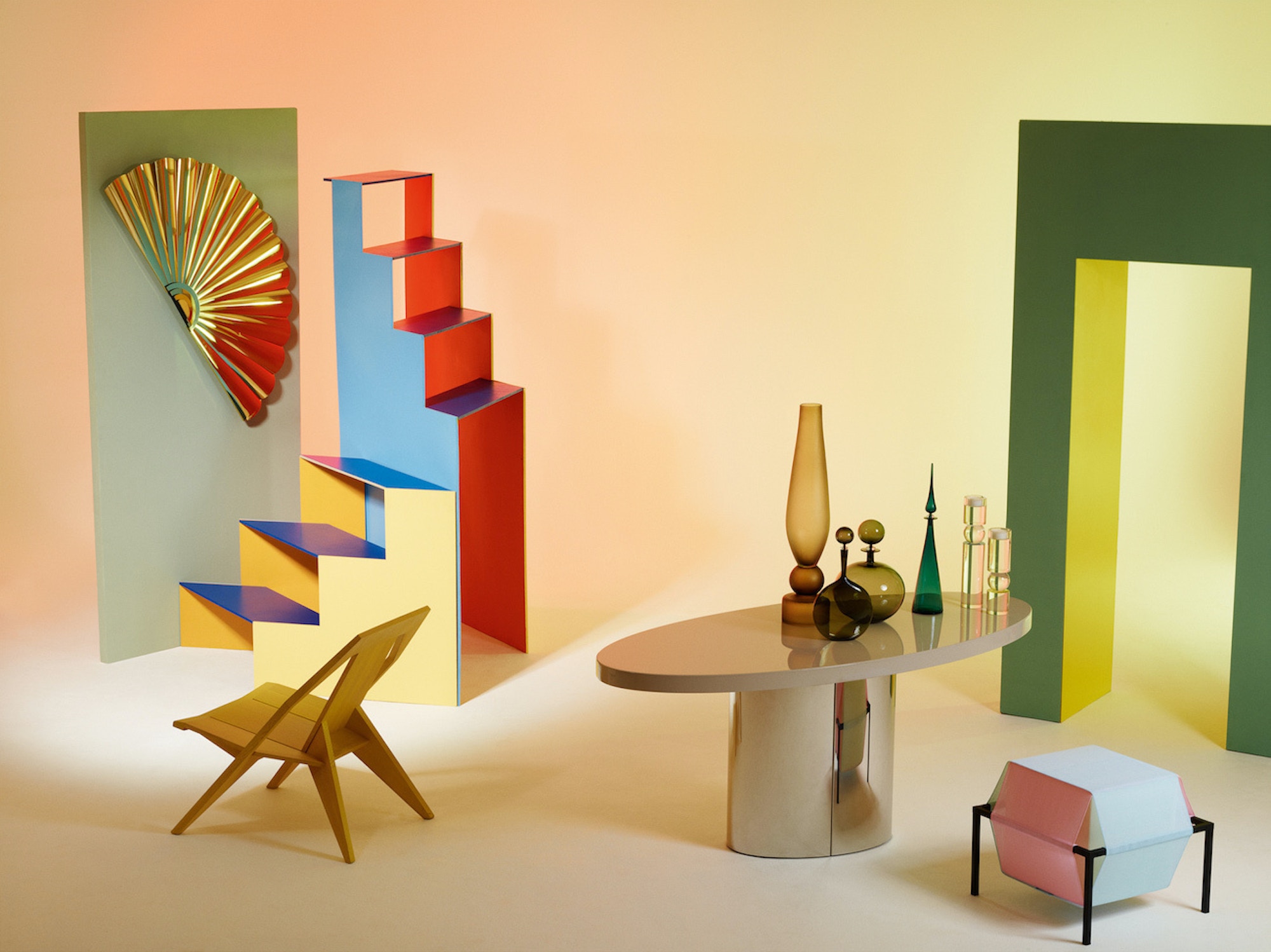 When we approach projects of this nature, the first thing we think about is the look and feel we want to achieve with the pictures. Once we have a rough idea, we will look for the best set design partner to collaborate with. In this case Rachel Thomas was perfect, as we wanted the set to combine minimal and playful elements.

Once we’ve selected a direction for the overall aesthetic, we will discuss our ideas with the team, collate insight and gather image inspiration. This includes printing, cutting and sticking images to the wall and collecting digital images, as well as creating drawings. We also chose further pieces to feature, which were as much art pieces as they were design. Before deciding on a certain route, we showed our collected images and drawings to the client to communicate the main idea. We then had to change a few things to accommodate the clients that Living was keen to feature.

“We always work collaboratively, with no fixed roles.”

Out of the products the magazine had asked us to feature, we wanted to showcase the fabrics and tiles in a particularly unusual way for this shoot. We looked into interesting ways to display the material, which included creating an awning, and researched the most cutting-edge fabric designs. In all, the pre-production work – which includes image research, drawing, set building, styling research – took a week (July 26 to August 2, 2016), and the shoot was carried out over one long day on August 3. 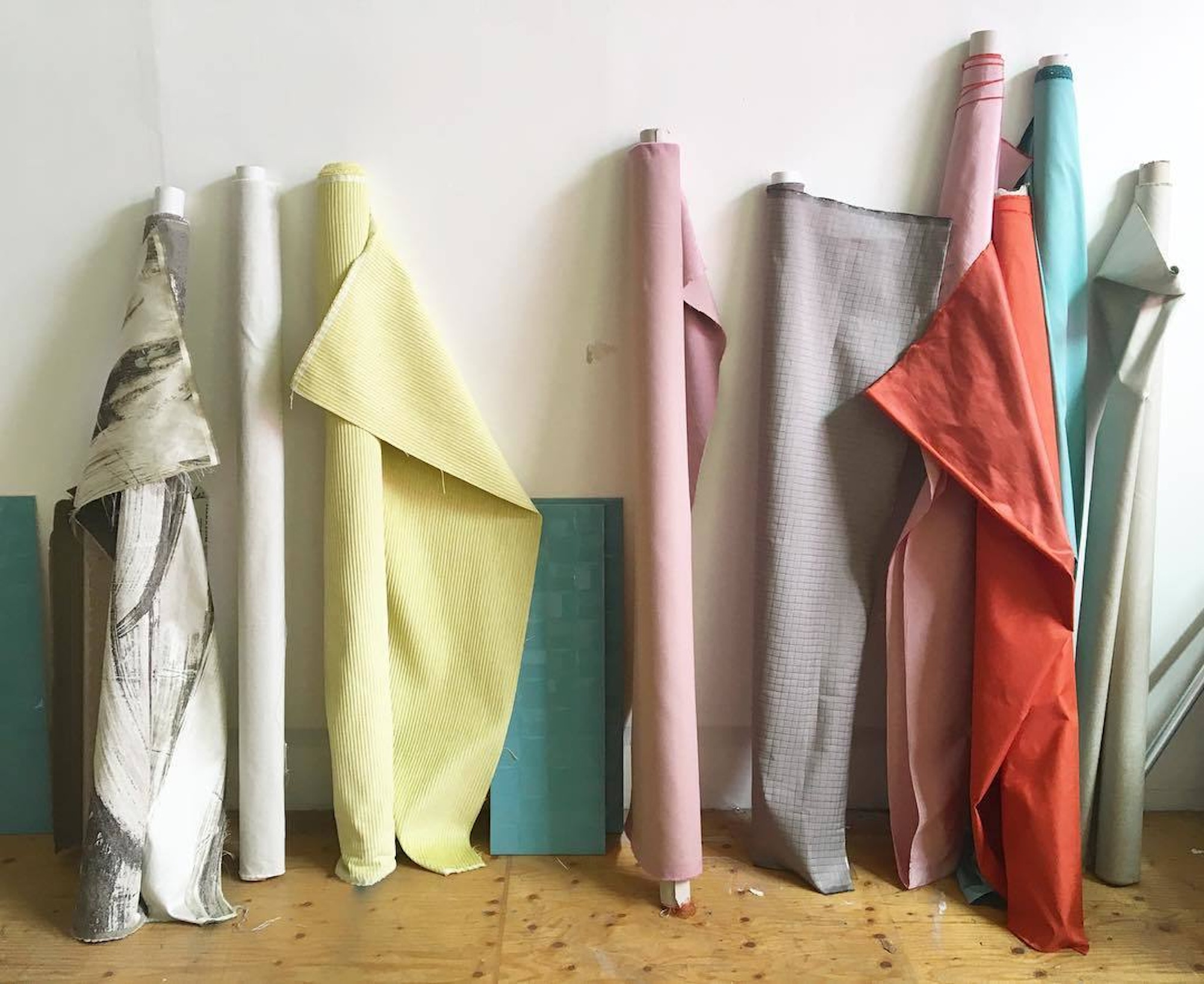 Fabrics used for the shoot; @metzracine 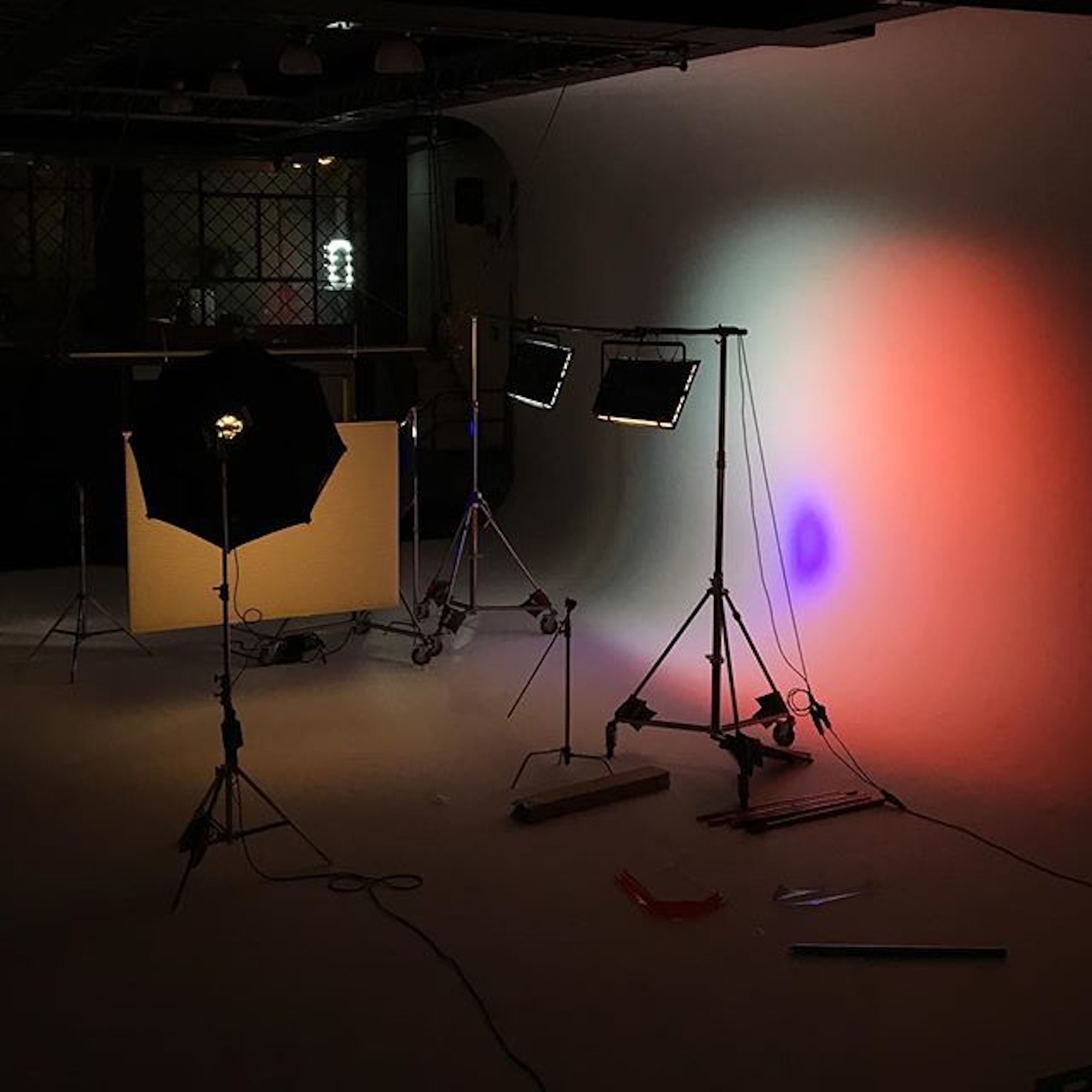 An example of Barbara and Eve’s sets from previous shoots; @metzracine 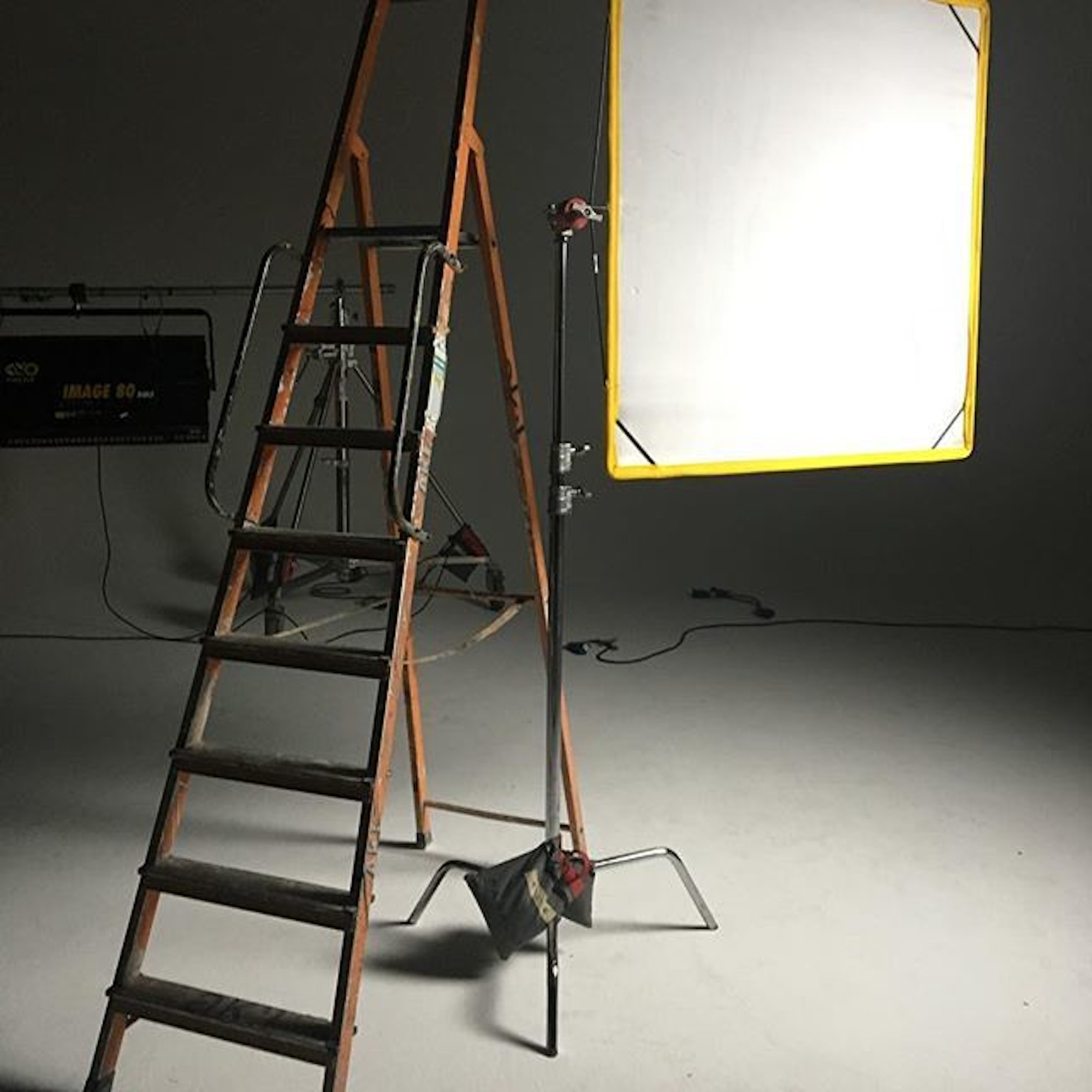 An example of Barbara and Eve’s sets from previous shoots; @metzracine

In terms of the way we function as a team of two, we always work collaboratively, with no fixed roles. We handle the client relationship together and collaborate with the set designer, discussing all the ideas in detail – then the creative process continues during the shoot. We hadn’t worked with Rachel Thomas before, but we’ve always known of her work, so we simply got in touch with her agent. The reason we wanted to work with her was because we wanted to tackle an interiors shoot in a different way; Rachel’s not strictly an interiors stylist, and we liked her minimalistic approach.

One of the biggest challenges with the project was picking out the most interesting pieces of design, and shooting all of the images in one (long!) day. On this occasion we didn’t feel the need to carry out test shoots, and during the production we created quite a few images, so we didn’t have much time to experiment or try new things as we went. Since we felt the design pieces Living had given us weren't enough on their own, Rachel also made sculptures out of fabric. This then became the thing that held the images together.

“Rachel made sculptures out of fabric, which then became the thing that held the images together.”

As it was still life imagery, we generally take one final picture of each set after agreeing which composition and lighting the client prefers. The communication with Living continued during the shoot – we would send the images over to the team, and then there would be some slight changes – for example, they had featured some included brands in the magazine already, so we needed to replace some products with others. 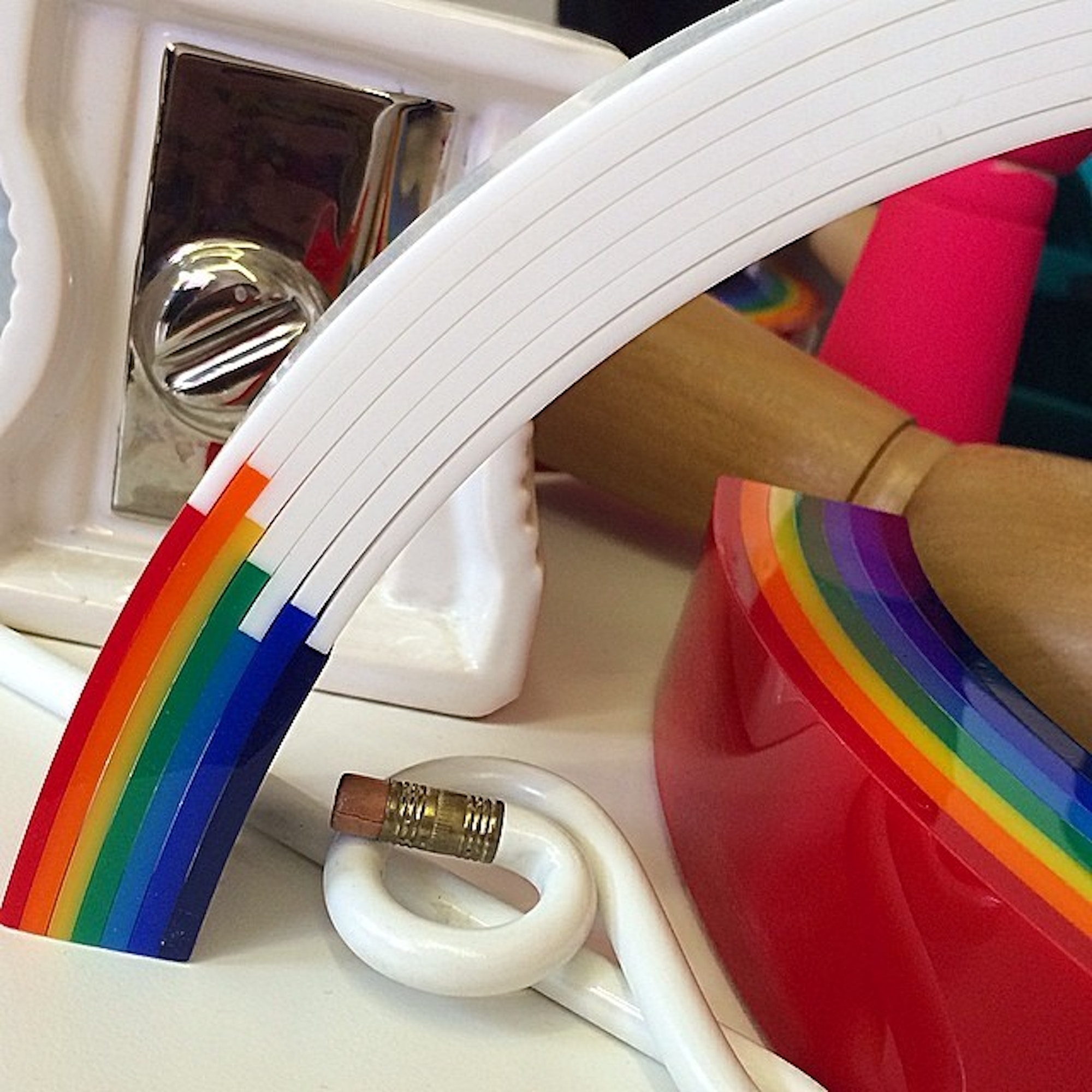 Some of Rachel Thomas’ props; @rachelthomasstudio 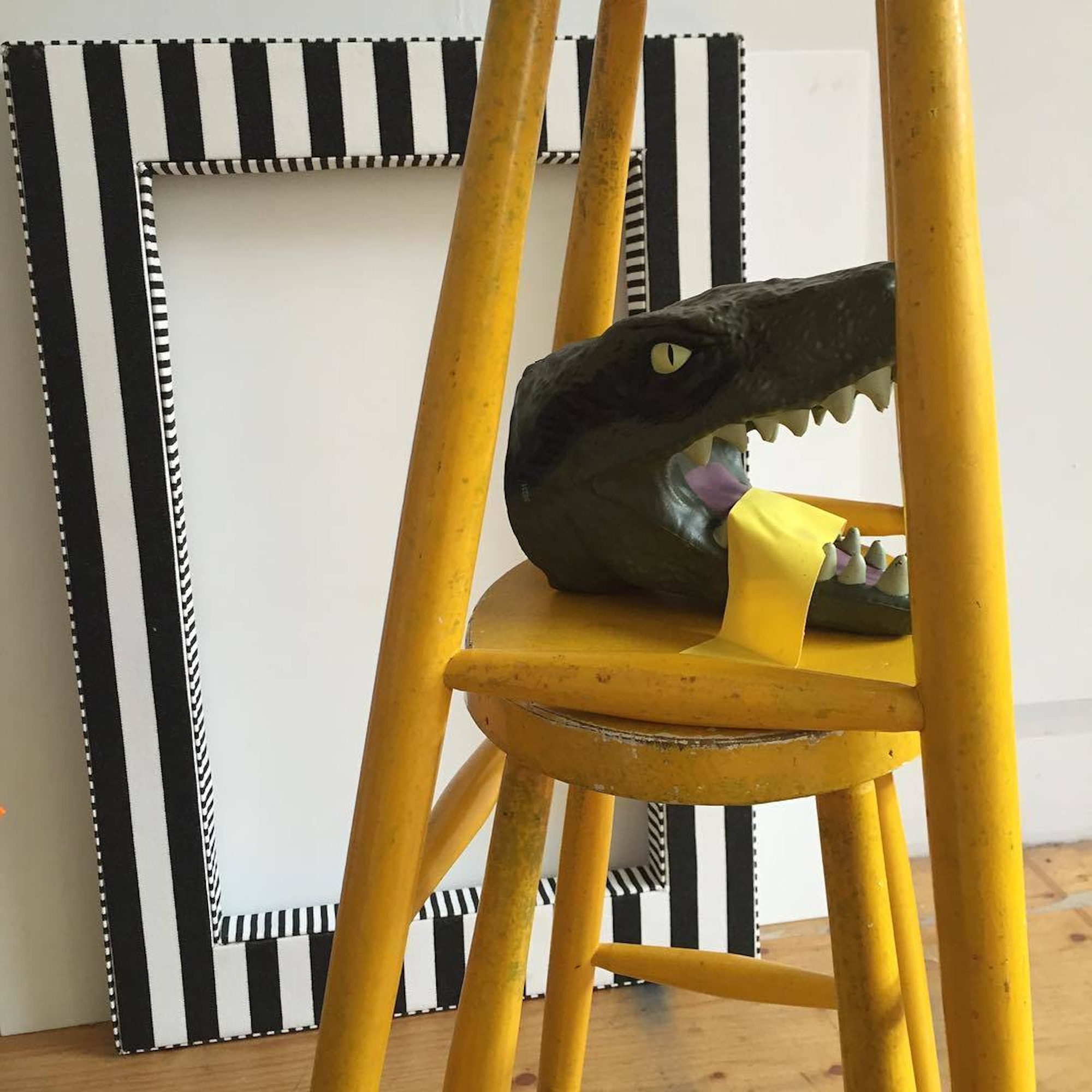 Some of Rachel Thomas’ props; @rachelthomasstudio

After the shoot, the post-production work and delivery took a few days. For this, we always work with the same retoucher. While we’re shooting we will make retouching notes, then we will include these when we send the raw pictures to him. After he makes the corrections, we will go to his studio to finalise all the retouching and work on the colour grading.

We provided the client with assets as high-resolution files, sending them over digitally. The launch of the design issue had been an important step for the magazine, so we were glad that the images were very well received. We also included them in our newsletter and used them on our Instagram, which attracted great feedback. 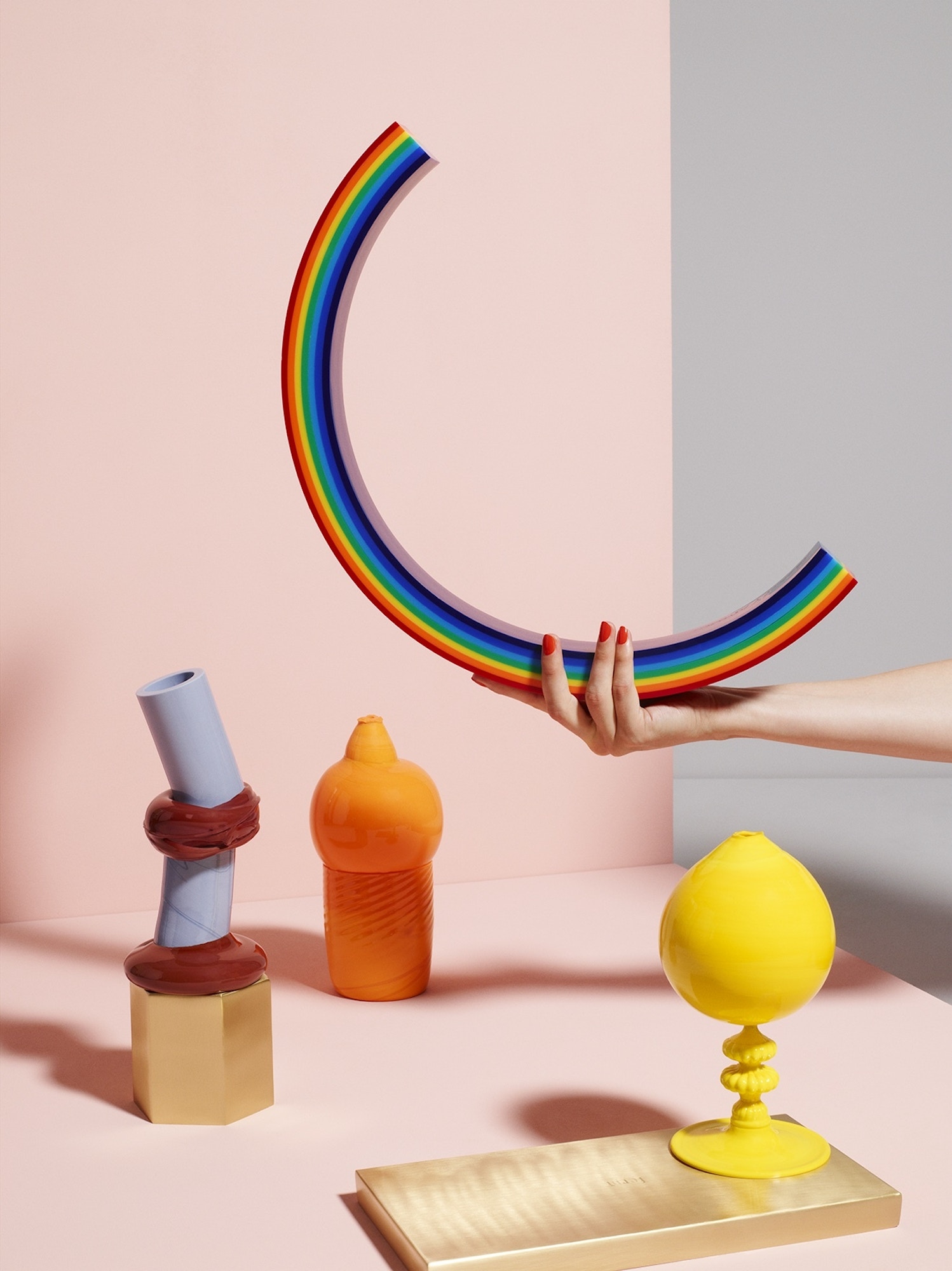 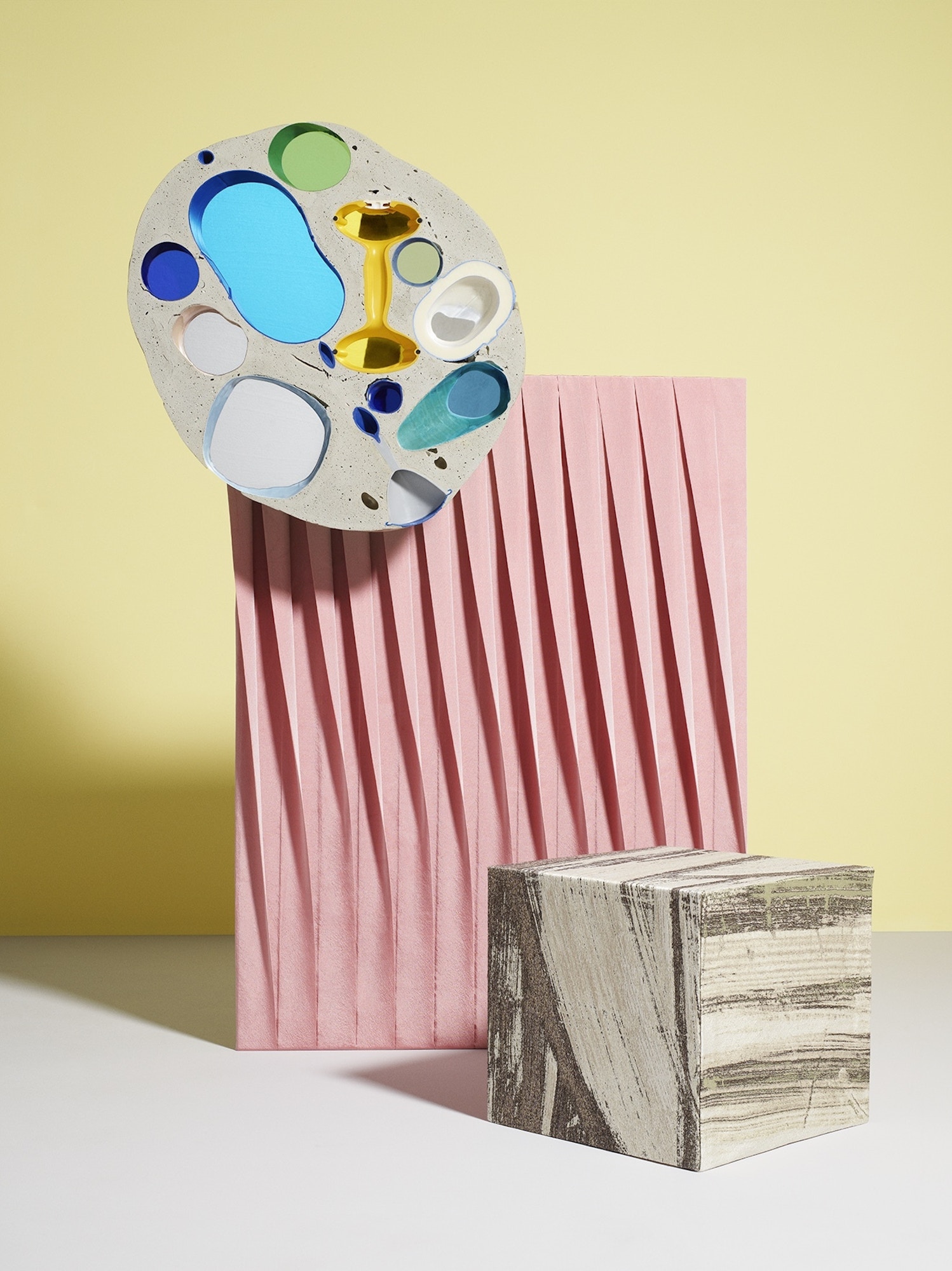 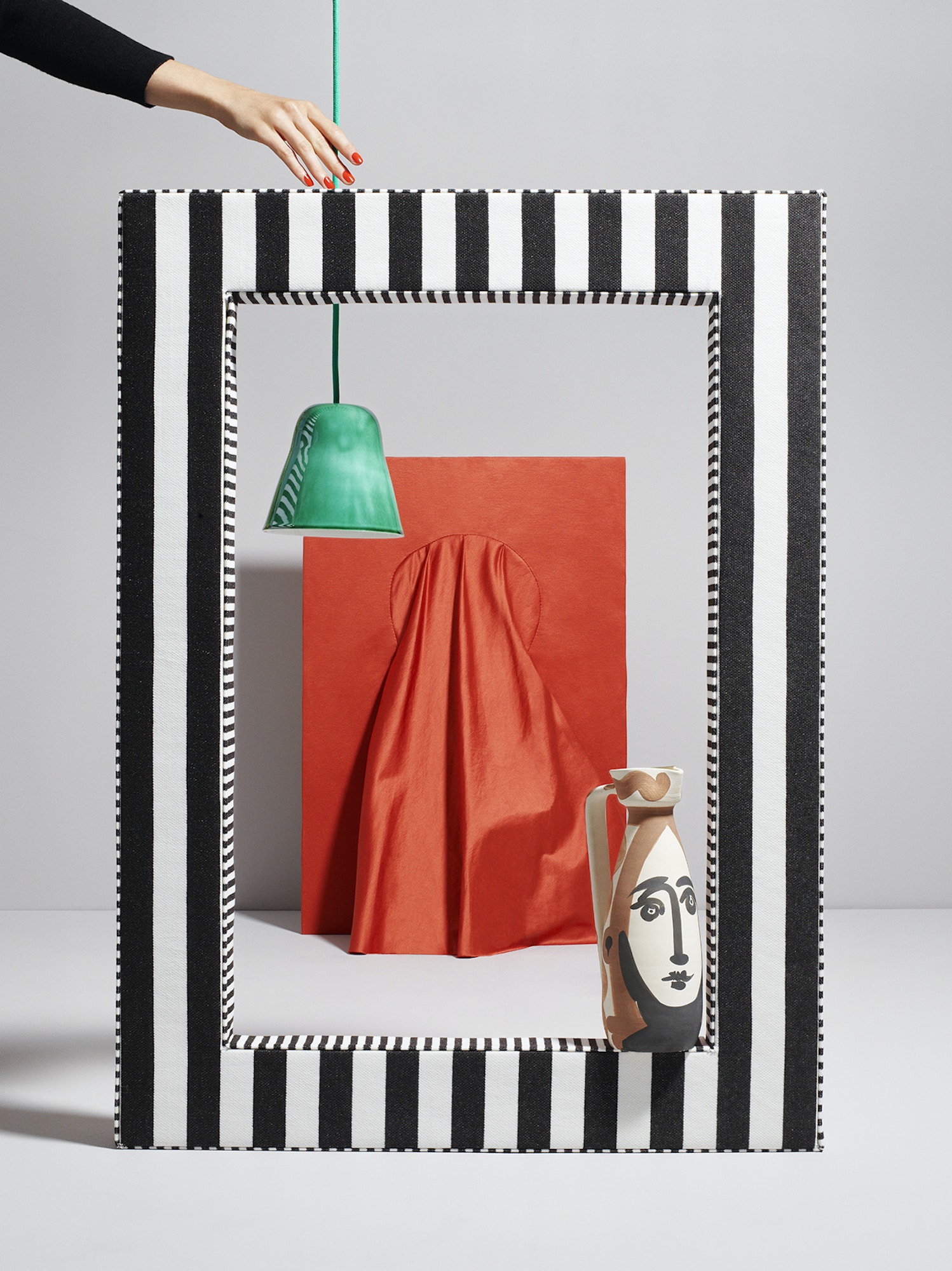 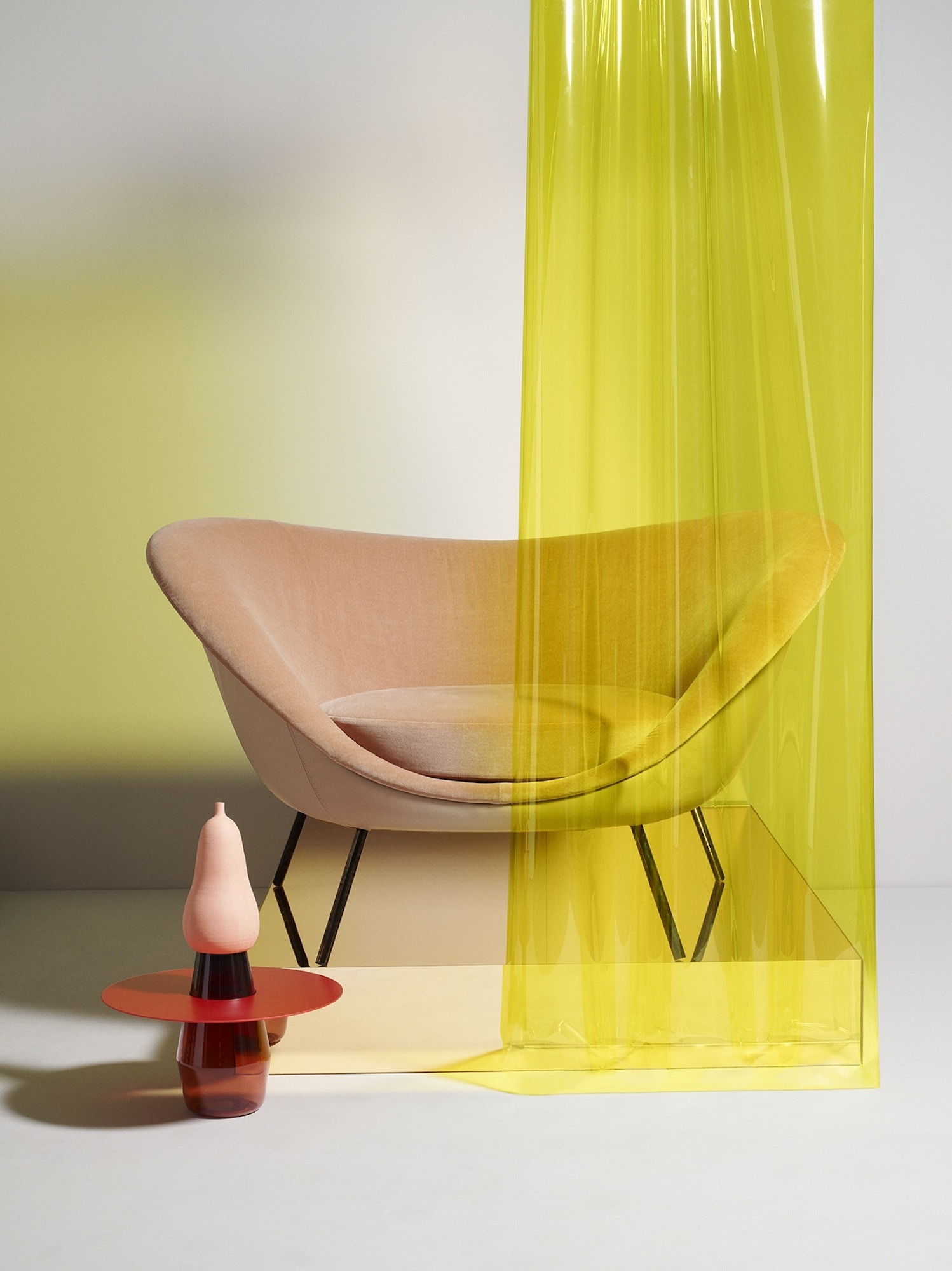 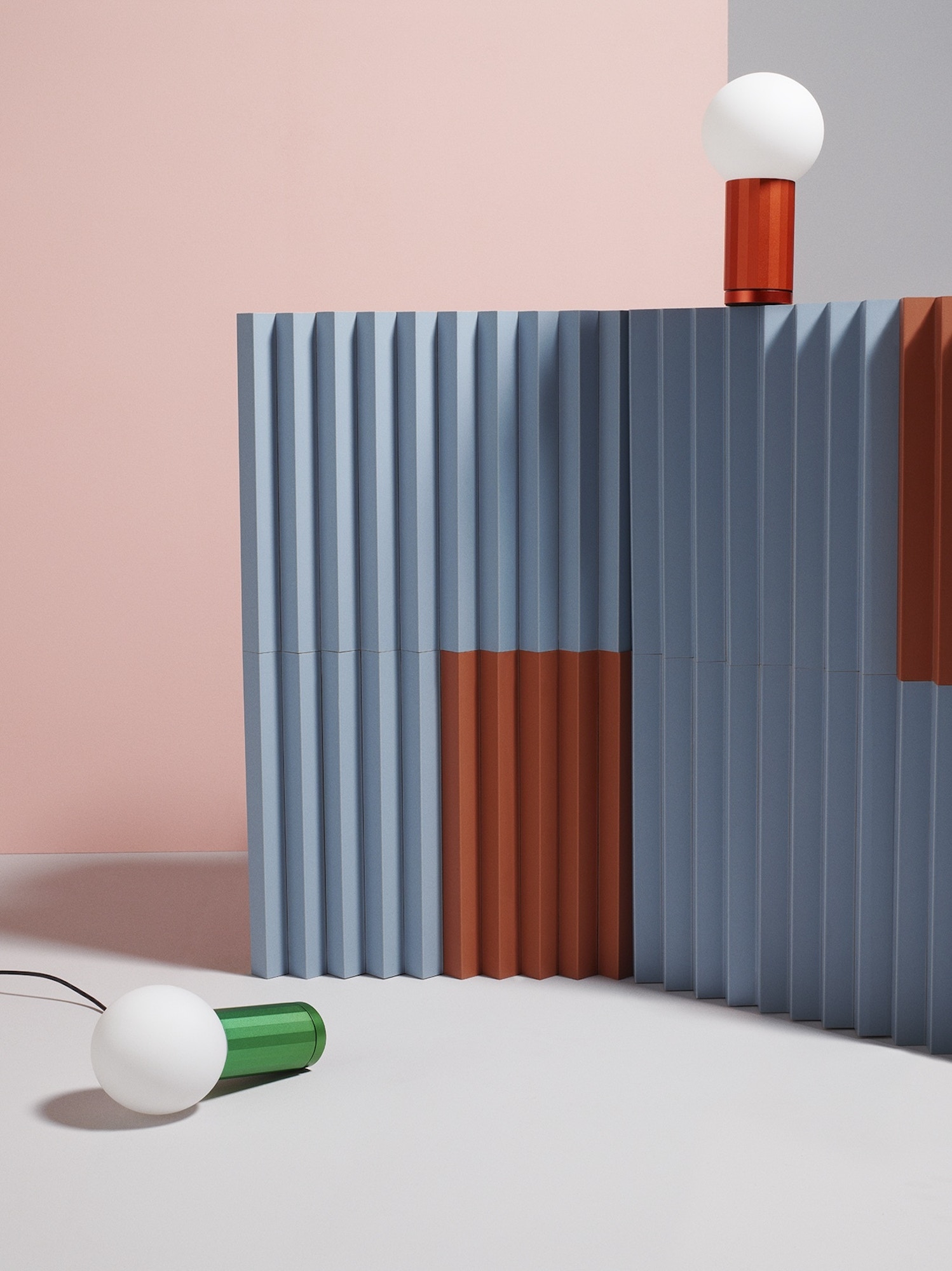 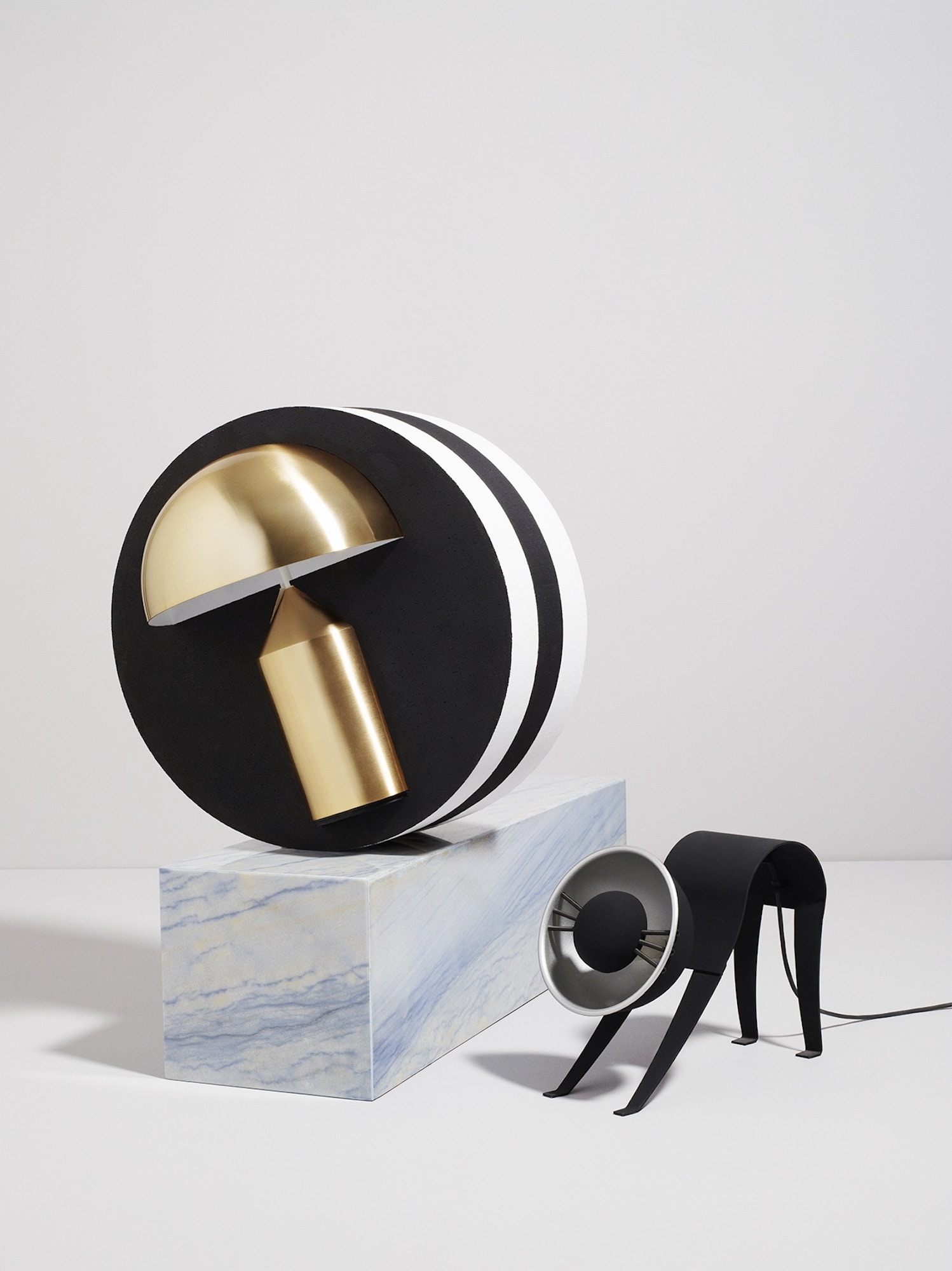 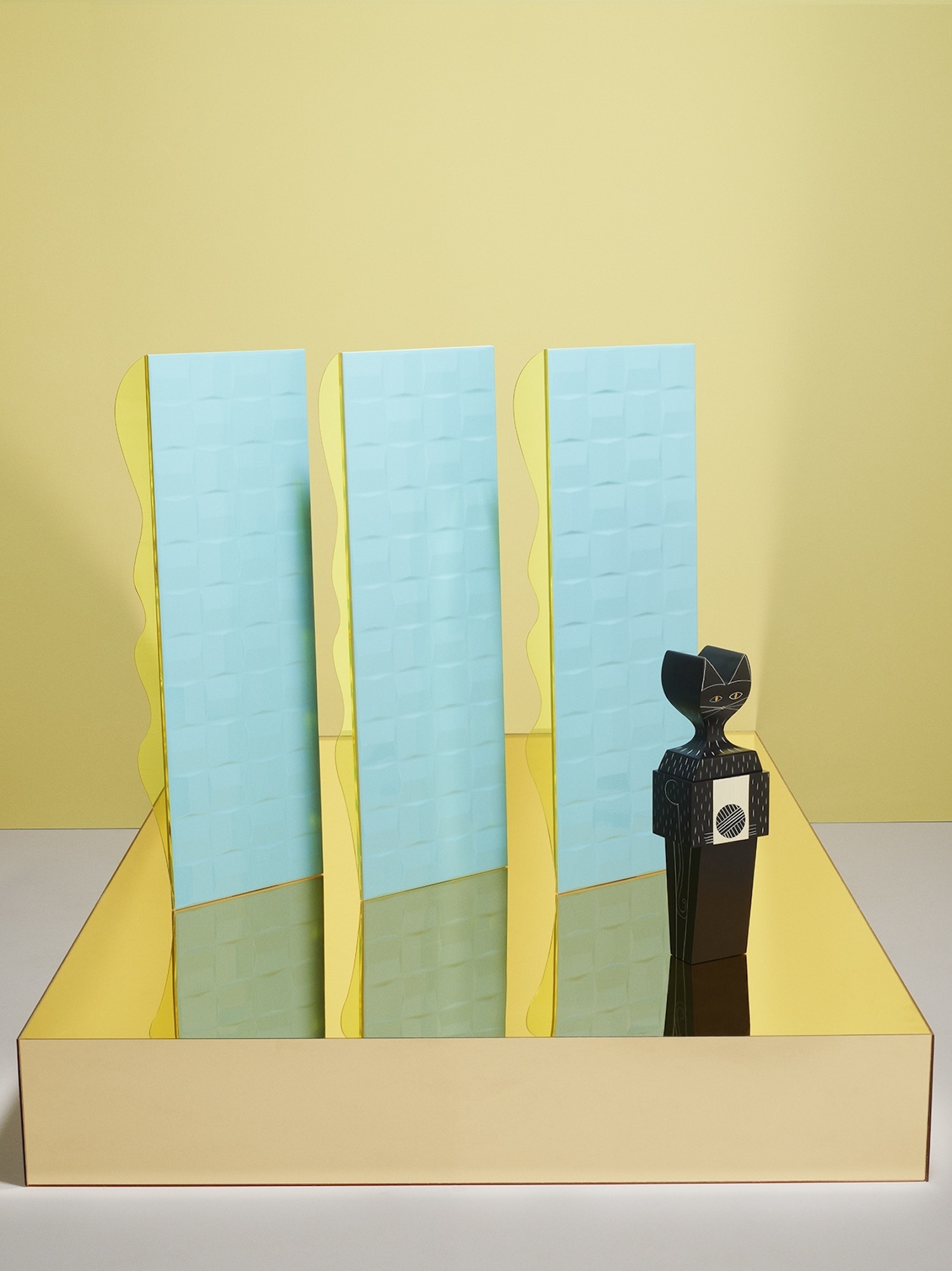 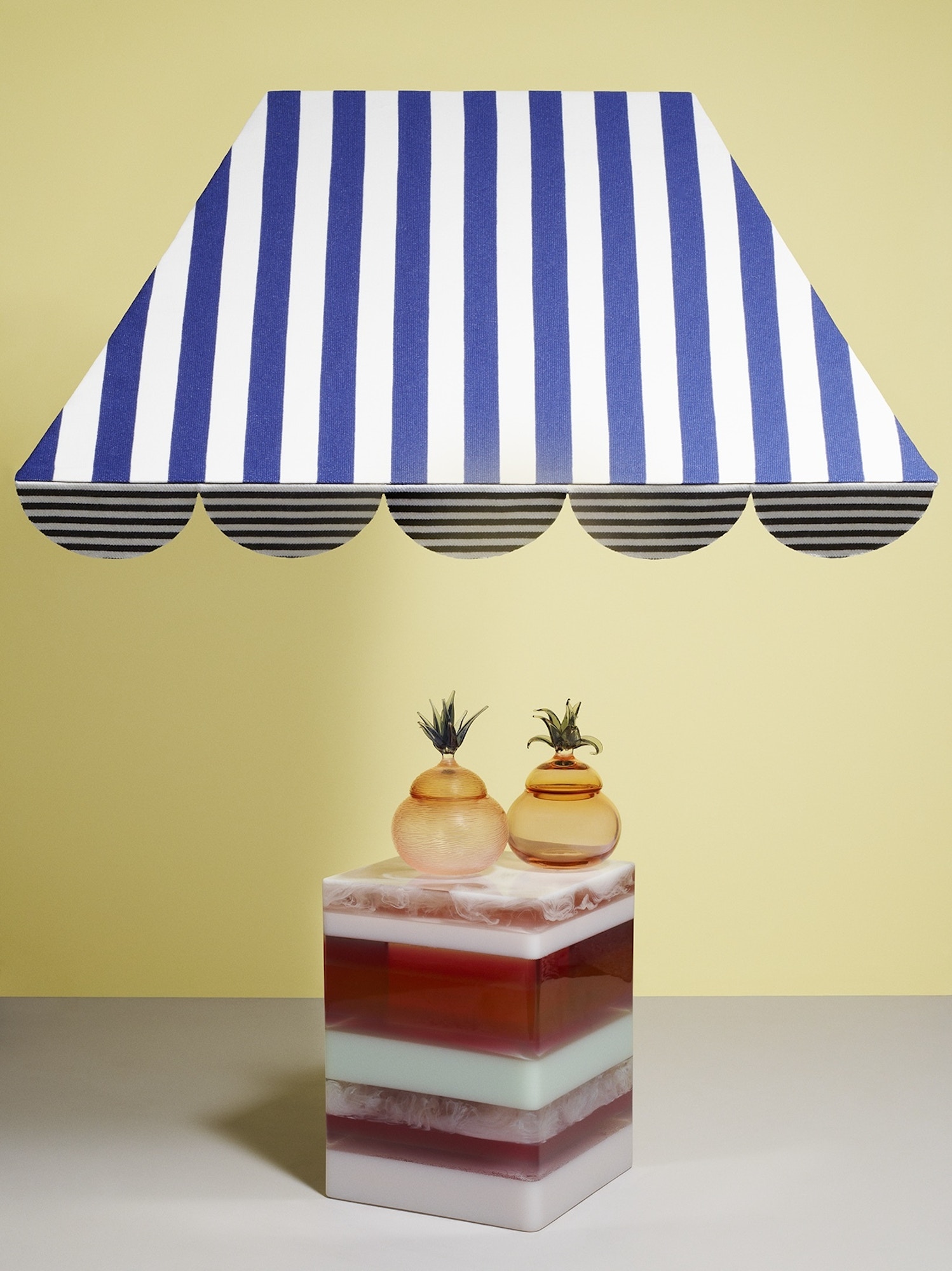 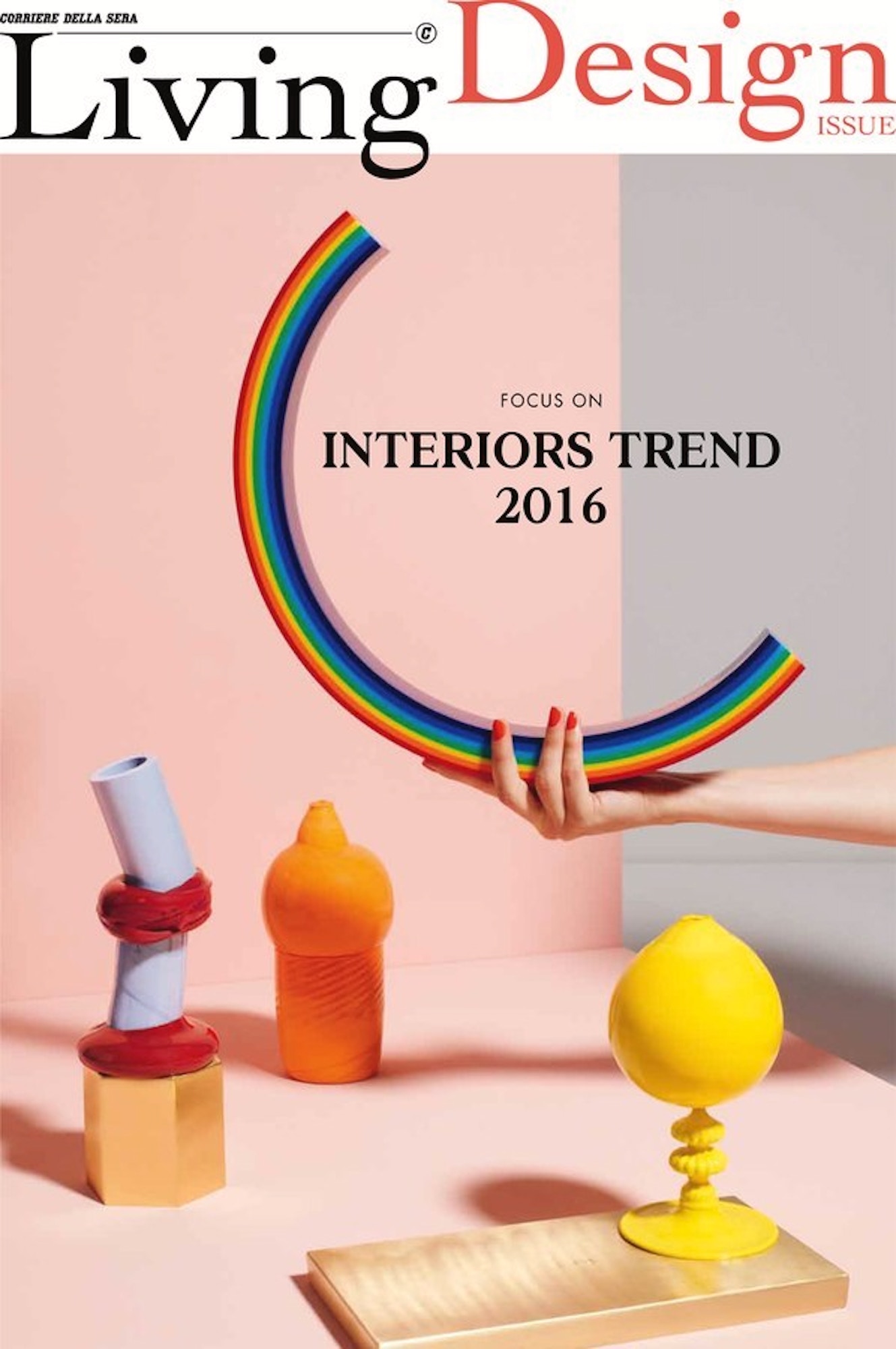 Getting timing and sensitivity down to an art, with Yorkshire-based photographer Christopher Nunn