Spending her modest £25-a-day earnings on Superdrug’s most glitter-laden cosmetic offerings, Marie Bruce’s fascination with make-up began while working at a piercing studio, straight out of school. A few years on, stuck in an uninspiring data analyst role for the NHS, she decided to pursue her interest as a career – enrolling at London College of Fashion at the age of 23. A feeling that she was “on the back foot” resulted in dropping out during her second year, instead focusing on building a network and portfolio. It was a decision that paid off, and now Marie collaborates with clients including Kenzo, House of Holland, Browns Fashion and Opening Ceremony, travelling the world for high-profile jobs. She describes her route into industry, what part living in London and social media have played in her work, and growing her own brand as a freelance creative. 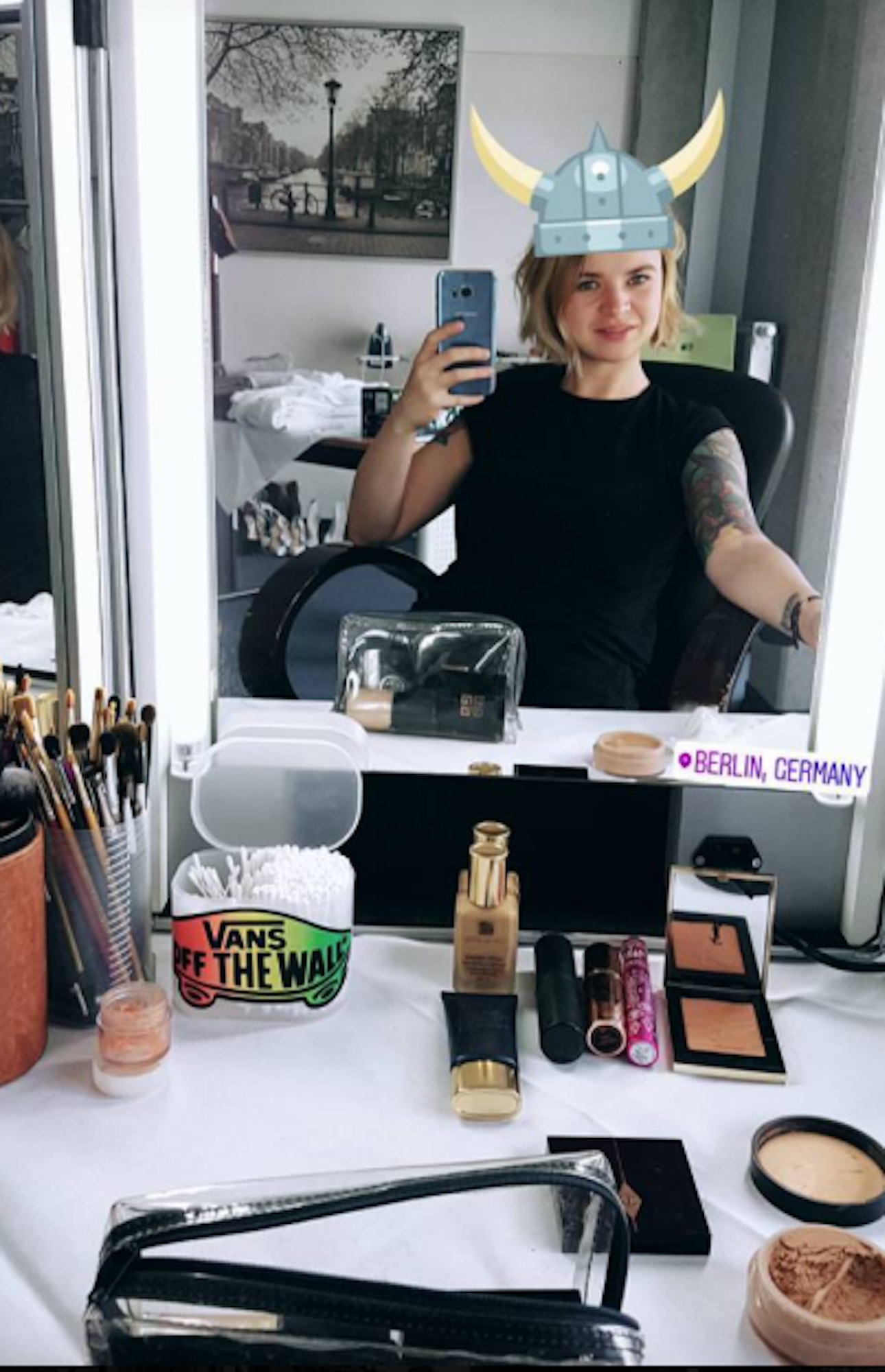 How would you describe what you do?
I am a make-up artist based in London, however I have travelled all over Europe as well as America and Asia for jobs. I work predominantly within fashion, but also crossover into celebrity and music. The clients I tend to work for are fashion or arts magazines, fashion brands and musicians. The more high-profile brands and bigger clients naturally develop me as I go and with each job I gain a little more confidence!

What does a typical working day look like?
Each day is genuinely different. For example yesterday my call time was 6am (ouch) and my wrap time was 4.45pm. Splitting my time between different jobs can be tricky, but with the help of my supportive agent we make it work.

What do you like about working London?
Working in London feels like a luxury, and one that I believe I can only afford having grown up here, which I’m very grateful for. The creative scene is second to none. It’s a melting pot of different nationalities, personalities and tastes – I’ve made so many friends from all over the world. A major drawback is of course the high rent prices. I’m very fortunate to live in a unique living and working space that supports creatives with reduced rental prices. While I love it, I don’t intend to stay in London forever. I’d like to move just outside and come in for work, that’s the dream.

“With each job I gain a little more confidence!” 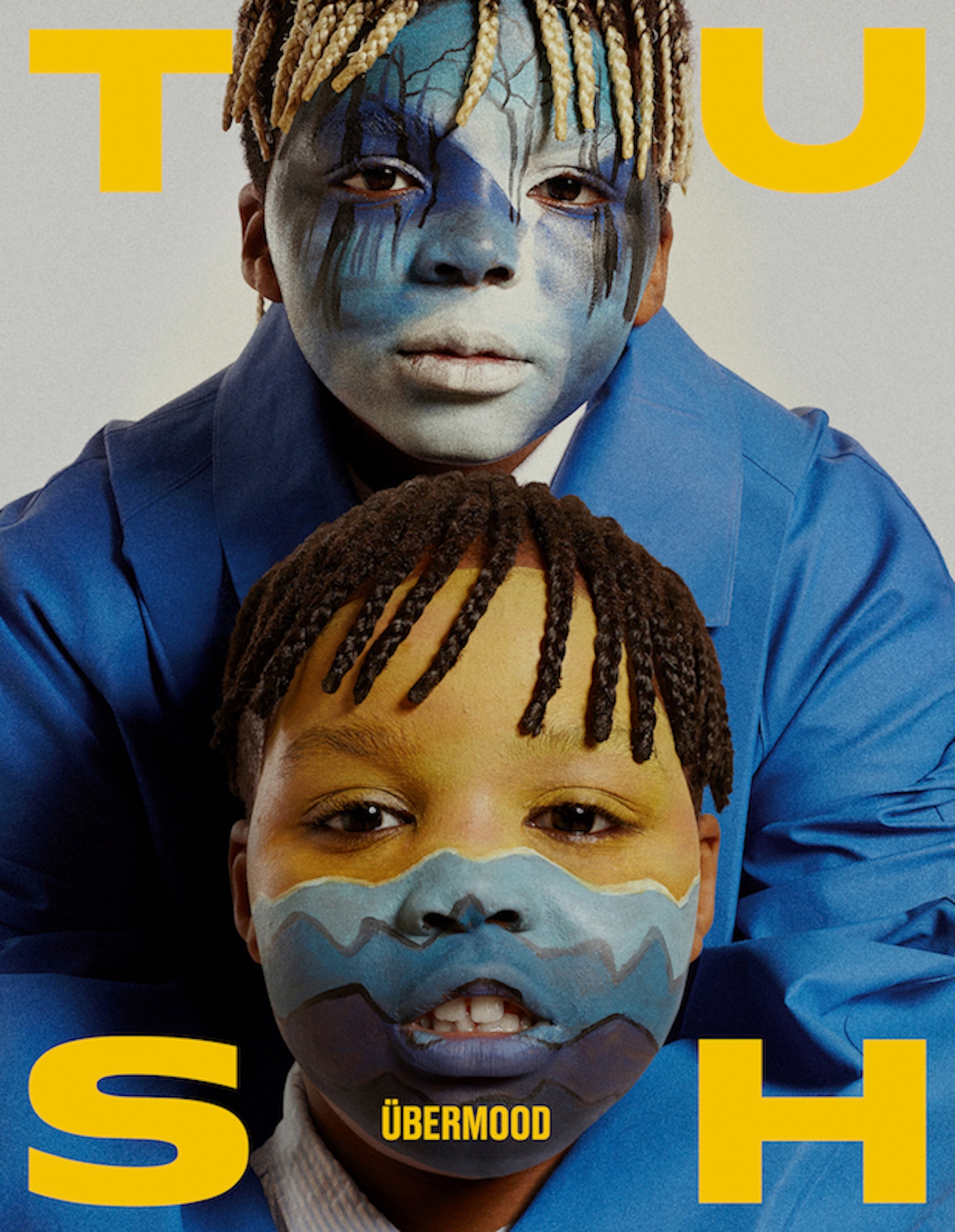 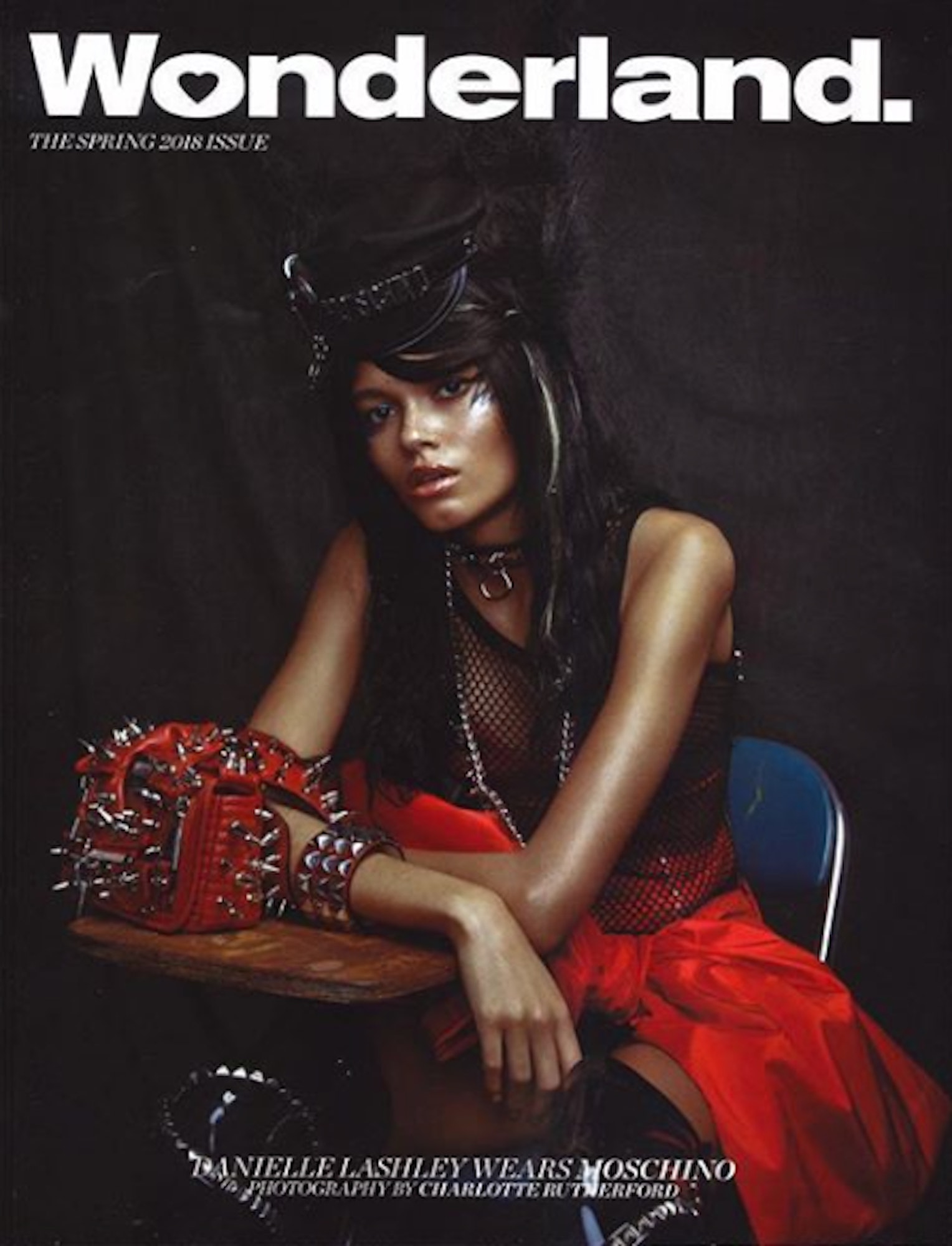 How does your freelance-based work usually come about?
My agent is my main source of work, but other jobs come through people I’ve discovered and networked with, or people I studied with. As a general rule though, every job leads to another job!

How collaborative is your role?
My work is very collaborative, from the moment you’re asked your availability to contributing to the shoot concept and physically applying the make-up. You’ll be assessing a model’s features, thinking about what may suit them and how it will fit in with the overall concept. It’s very important to visualise the bigger picture, as you’re working on the finer details.

Does it allow a good work/life balance?
Yes and no. A lot of people I’ve worked with have become friends, and as a freelancer you can, to a degree, pick and choose when you work. Having said that, there are a lot of times when it’s nearly impossible to make plans with friends, or even a minor doctor’s appointment because you don’t know if you’re going to be free on a certain date. 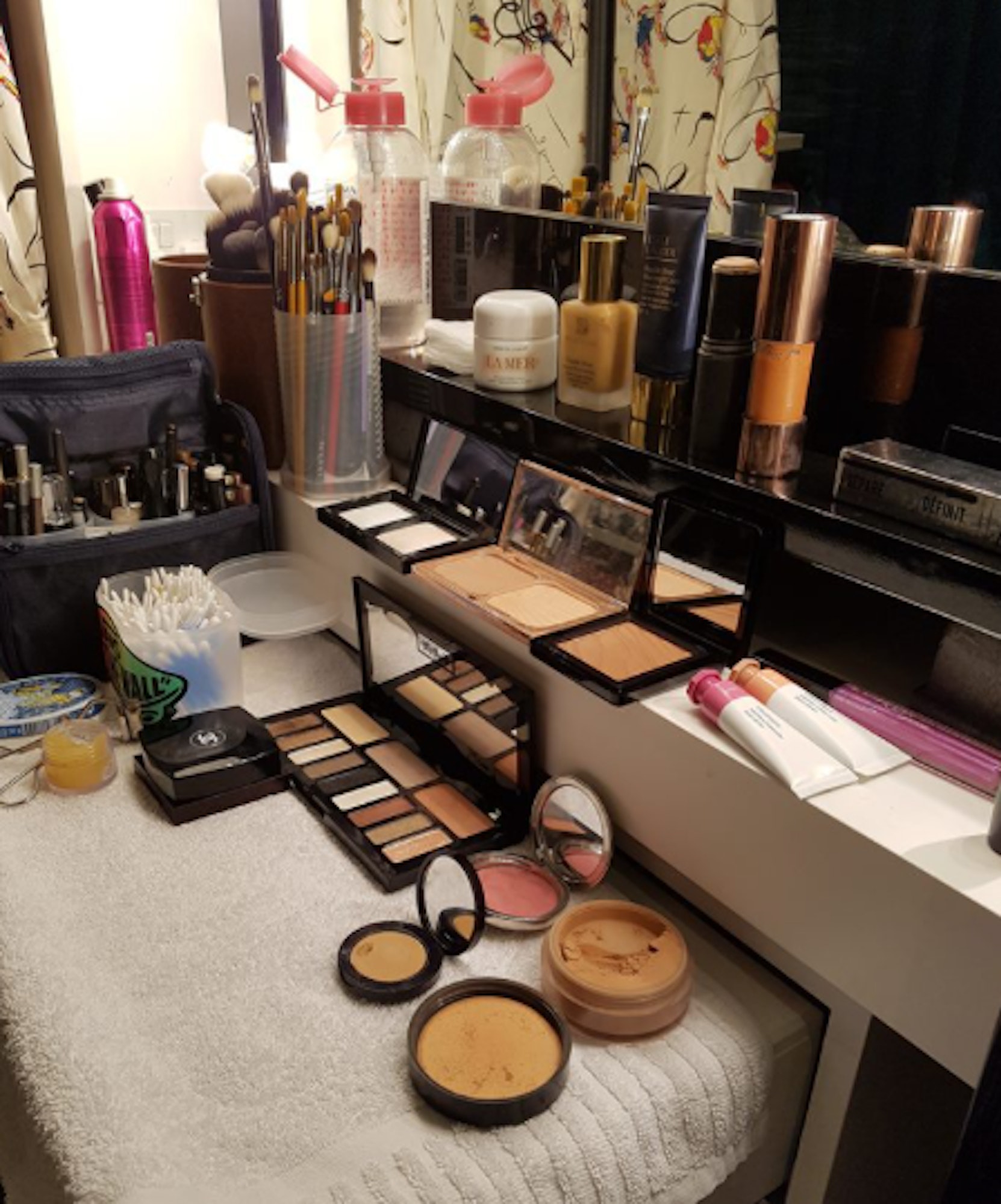 What has been the most exciting project of the last twelve months?
It’s been a really amazing year in terms of people I’ve met, clients I’ve worked with and places I’ve visited. Working on the Kenzo campaign earlier this year was my favourite. I worked with a photography duo I really admire, and the stylist was someone I’d wanted to work with for a long time, so it was very rewarding and creatively challenging.

Another personal highlight was flying by private jet to Sweden at 2am with one of my regular clients. The whole team were asleep but I was too excited. I looked into the cockpit window and the captain insisted I take his seat, I pressed some (wrong) buttons, took a cheeky photo and went back to my seat thinking ‘I’ve peaked at life!’ It was truly special.

What skills are essential to your job?
Firstly, you need to know your shit. You need to be able to reference, and understand references. You also need to be able to communicate effectively, have eyes in the back of your head, be empathetic and intuitive (if a model wants to sit in silence, or tell you about her most recent break up, you need to pick up on that). This is all after you’ve learnt how to physically do your job!

What tools do you use most for your work?
I couldn’t live without my Burton suitcase to hold my kit. It has skateboard wheels so they’re super strong. I used to go through so many suitcases that just collapsed under the weight of a hefty make-up kit. My other essential tools are my MAC, Zoeva and Shu Umerea brushes. 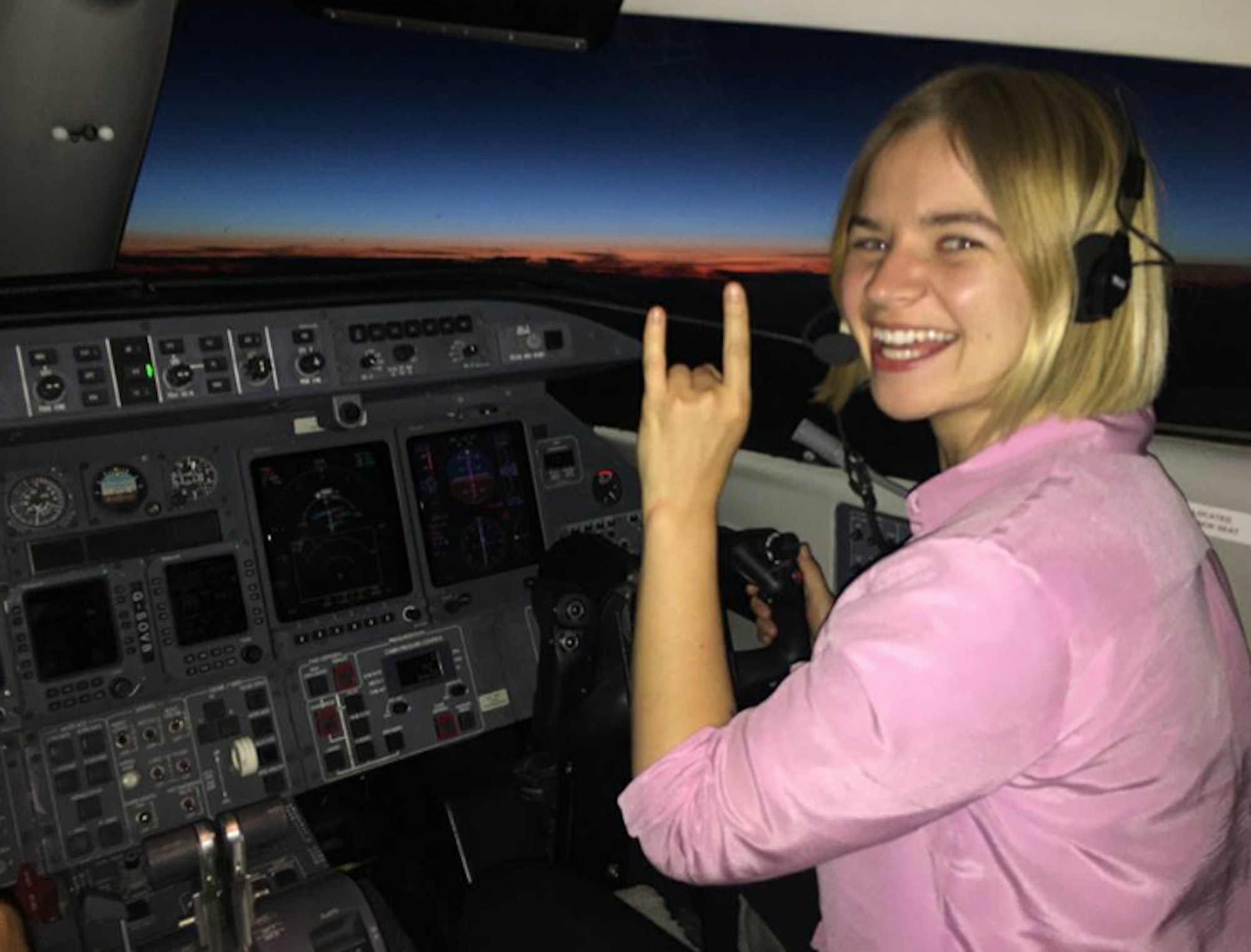 What did you want to be growing up?
Growing up I used to flip between being an actress, then a lawyer, and by the time I left school I wanted to be a session drummer and take after my dad. I never liked fashion though, I was a total tomboy, always in sports clothes and I hated make-up.

When I got my first job at a piercing studio I became interested in make-up. A girl there was a make-up artist-turned-piercer who wore the most amazing eye make-up. I’d end up spending my £25 daily salary in Superdrug on Barry M Dazzle Dusts trying to recreate it, and from there it became an obsession.

When I was 19 I’d been working in a corporate role for the NHS, and decided to take a refund on my pension contributions and take a nine-week evening course at the London College of Fashion, and I completely adored it. My tutor, Lucy Wearing, was a massive inspiration for me and opened my eyes to a whole new world of fashion make-up legends such as Pat McGrath, Serge Lutens and Schiaparelli.

After a couple more years I finally decided to bite the bullet and apply for a degree. I started uni at 23, so I always felt I was on the back foot and had to work extra-hard. During my second year I stopped attending so I could concentrate on networking and shooting to build up a portfolio. Between attending uni, working part-time to survive, networking and shooting something had to give. 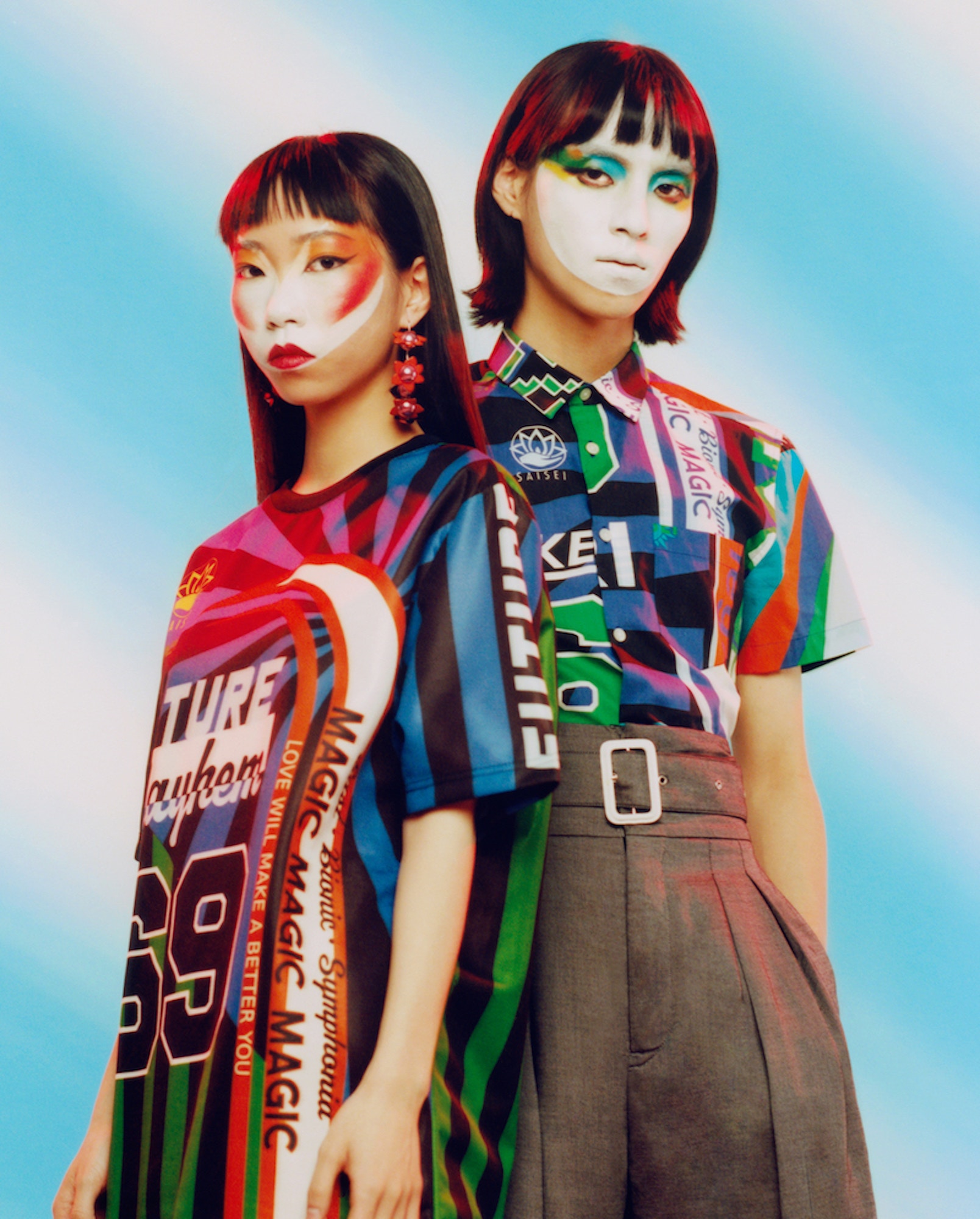 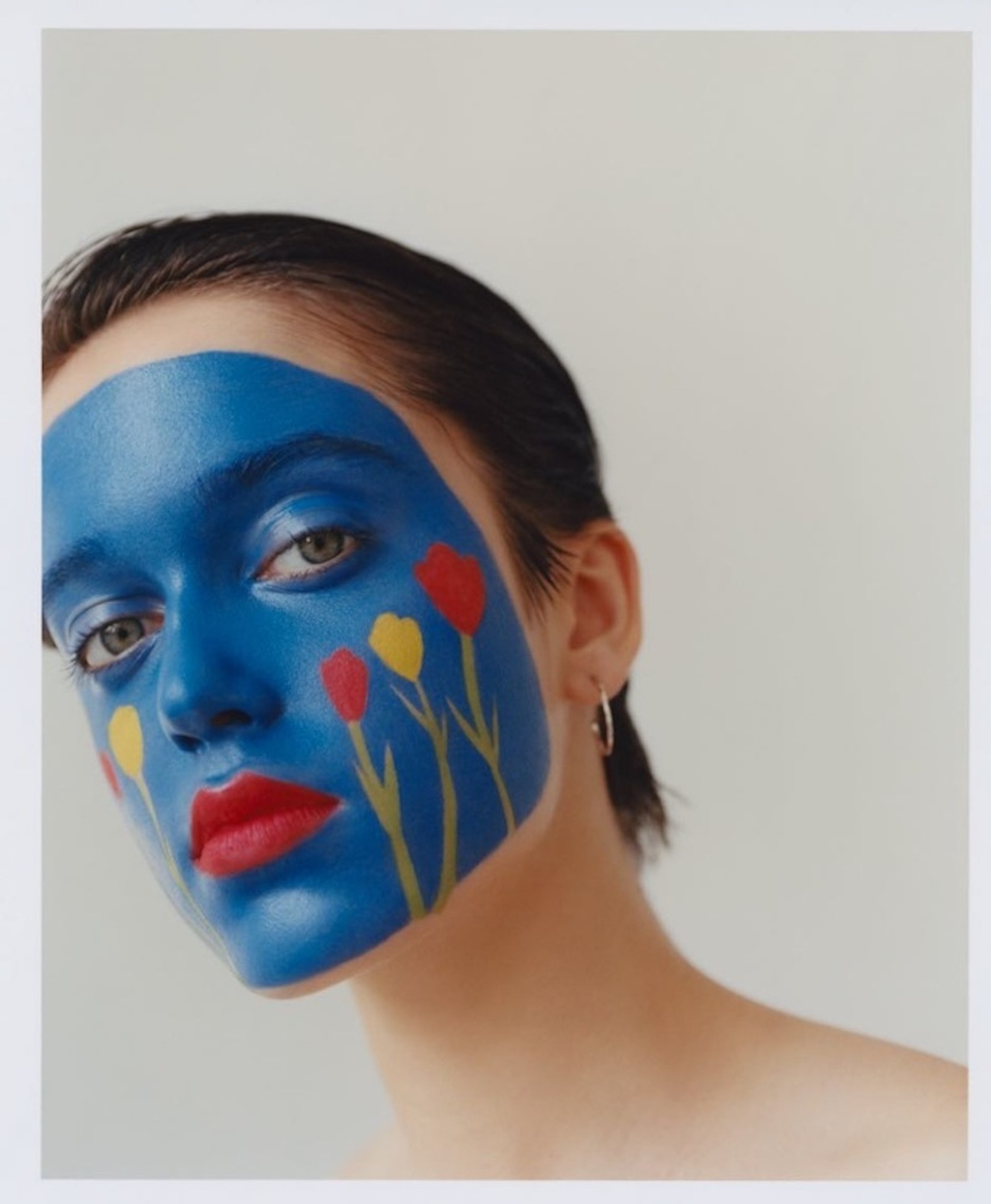 What skills have you learnt along the way?
The industry is really fast-paced and the pool of talent is huge, so you have to keep up. It’s important to develop a style – a brand even – but at the same time you need to be versatile and ensure you’re not alienating certain audiences.

I’ve also seen a lot of changes through social media. It was there when I started out, but now it’s totally taken over, which has pros and cons. It’s now easy to connect with other creatives and for your work to reach an audience, which has paved the way for a new breed of creatives to be discovered. We can be in control of our own brand, but I personally have a love-hate relationship with it. I like to keep my work up to date, then dip out, but sometimes I get sucked into the black hole of Instagram and before I know it I’ve lost hours!

“It’s important to develop a style – a brand even.”

What’s been your biggest challenge?
I was a painfully shy child so I’ve had to force myself to open up a dialogue and be heard amongst my peers. This is a very social job where you’re communicating with different types of people; you need to have a voice and be confident in your thoughts and opinions. It can still be extremely daunting walking onto a set where you haven’t met anyone, but that gradually passes the more experience you gain. You’ve just gotta go for it and jump in at the deep end.

As for mistakes, I remember once I forgot my toothbrush on an overnight job when I was assisting. As if it wasn’t embarrassing enough, I got told to go and brush my teeth in front of the whole team by the artist I was assisting. You definitely need to have a thick skin and not take things too personally. I think I ended up gargling toothpaste. We laughed about it after… 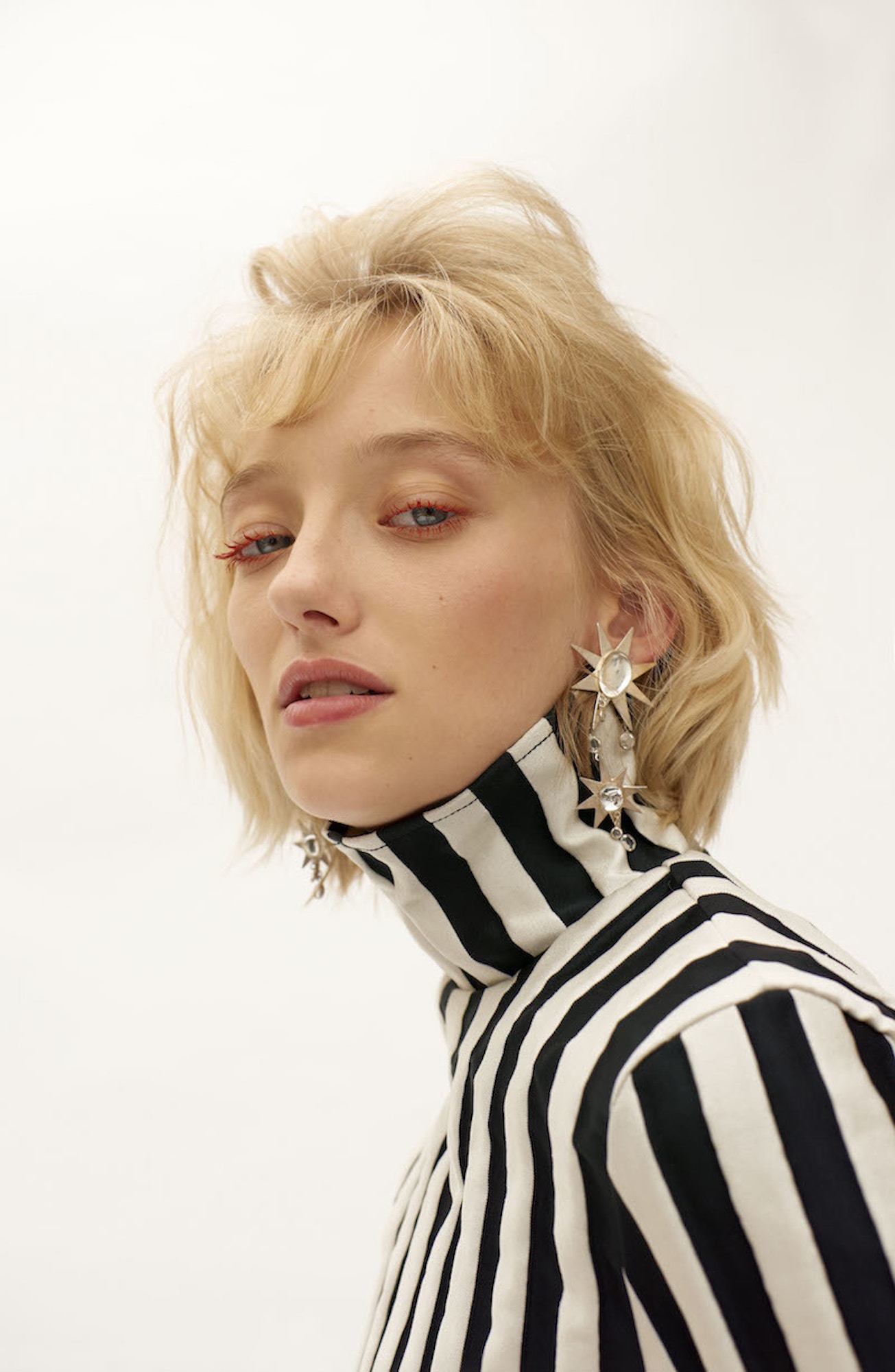 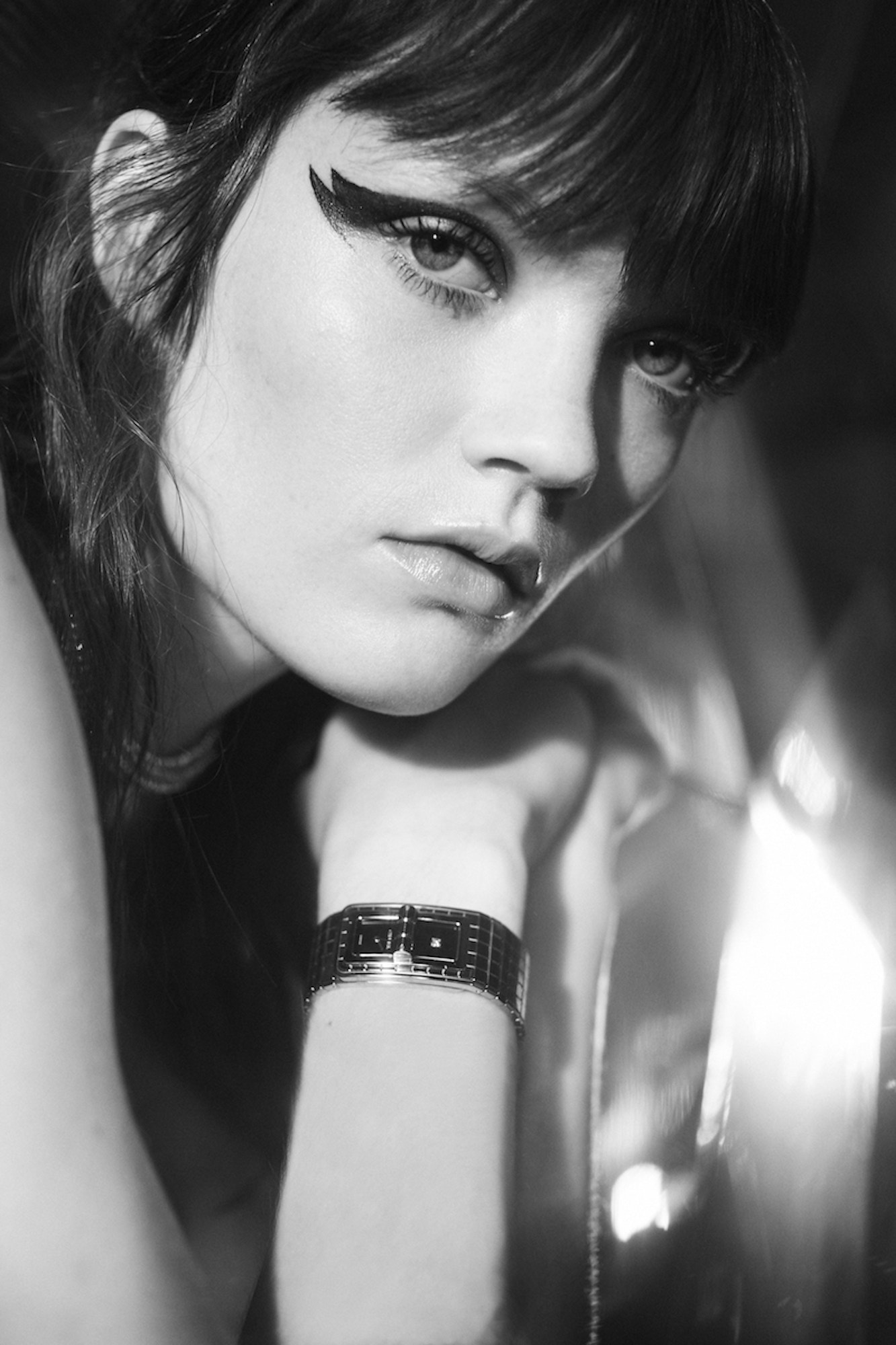 Is your job what you thought it would be?
I never imagined I would get to travel as much and see so many amazing places. I feel very incredibly lucky, I genuinely believe I have one of the best jobs ever.

What would you like to do next?
I feel I’m really still at the beginning of my game, even though I feel I’ve achieved a lot of a short space of time, but there’s always room to grow. Perhaps a few years down the line I’d like to create a product or a line for a brand, looking after everything from the packaging and branding right down to the ingredients. 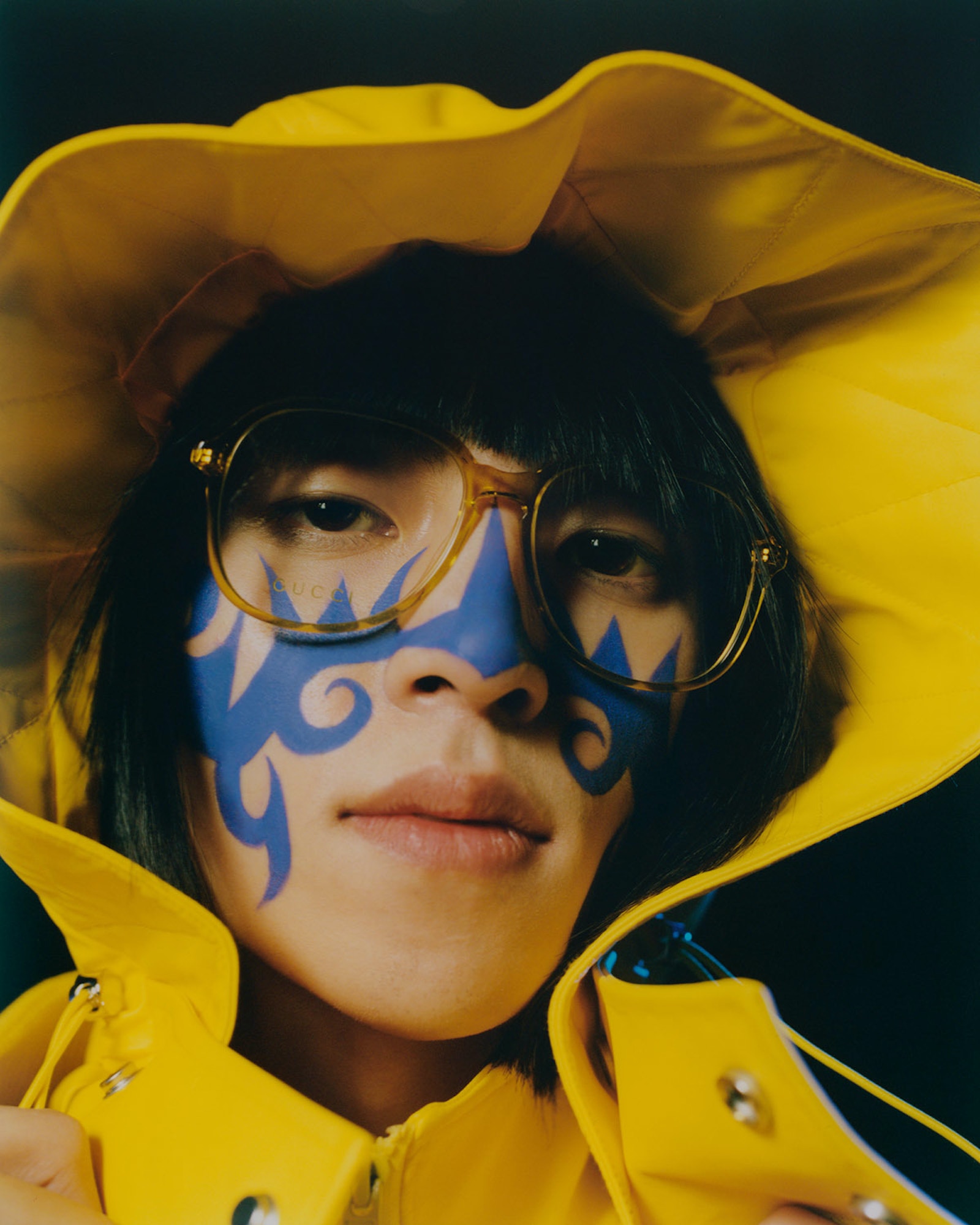 Work for Edicola, shot by Scandebergs

What advice would you give to a young creative wanting to become a make-up artist?
Research as much as possible, and make sure you love your craft because it’s a long long ladder to climb. Read interviews, follow your favourite make-up artists’ social media to get a feel for what it may be like to do the job.

You need a lot of patience, and to be prepared not to earn any real money for a few years. Try to complete a short course and assist as many artists as possible to learn on the job. Lastly, persevere; if it’s what you truly love and you work hard, there’s no reason it can’t happen.