In the Studio With — Meet Mainframe, the Manchester-based studio producing mind-bending motion graphics

On a Friday afternoon earlier this year, motion design and VFX studio studio Mainframe uploaded an experimental film to Vimeo. Featuring everything from bouncy eggs and flaccid pencils to squidgy lightbulbs and weightless bowling balls, ‘For Approval’ subverted the functions of everyday objects with mind-bending results. By Monday, the film had clocked several million views online, bringing in new business with it. With its roots in London, Mainframe was originally founded 15 years ago, and opened their Manchester branch in 2008 under the watch of managing director Chris Hardcastle. Now a team of seven, the studio added software development to its bow after developing their very own animation plugin, MASH, from scratch. Opening up the potential to make more engaging and exciting computer graphics from 3D type to geometric objects, MASH is now integrated as part of 3D computer graphics software, Autodesk Maya. Stepping back behind the screens and software, Chris tells us more about working life at Mainframe.

Manchester (alongside an office in London) 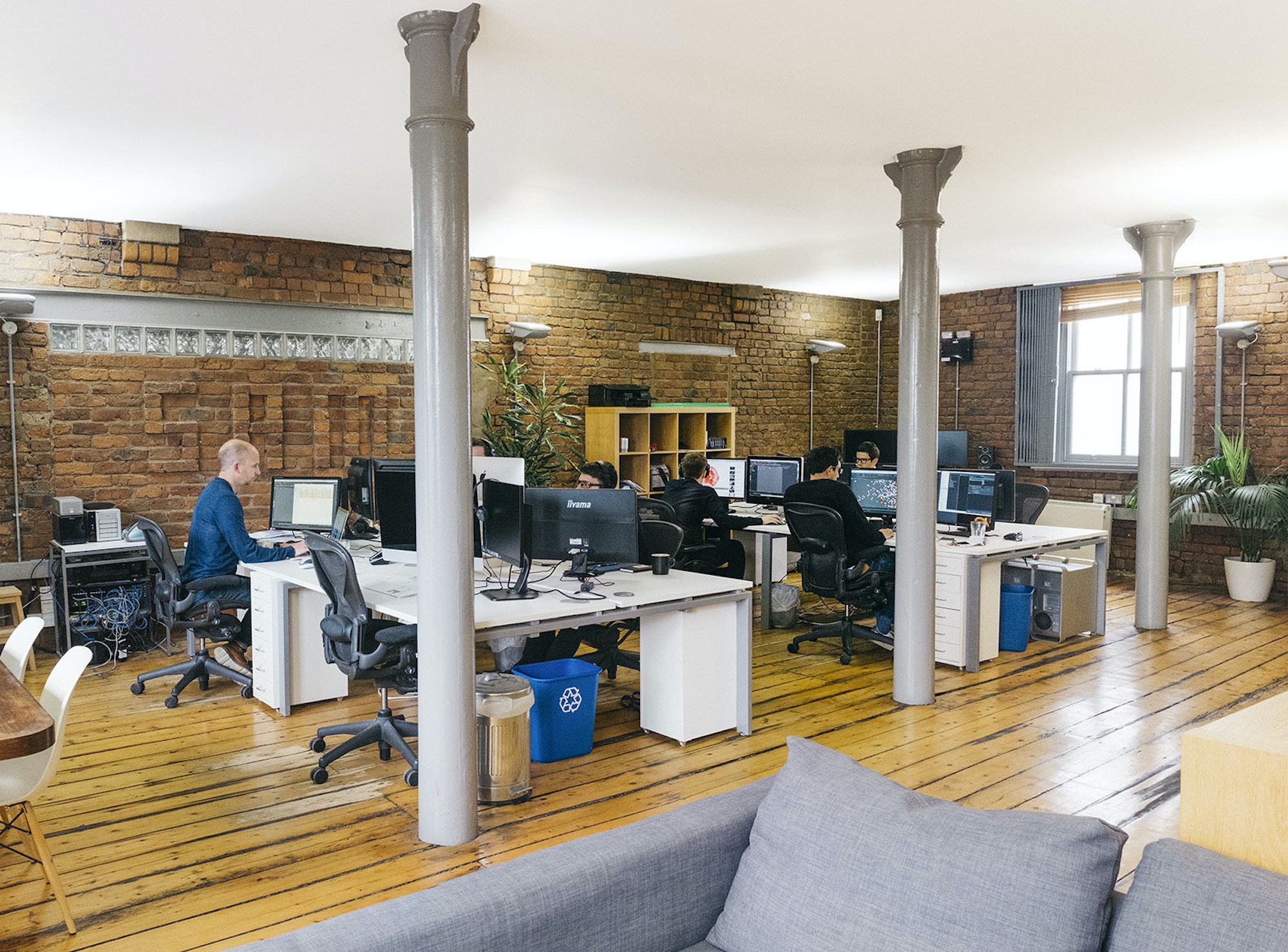 Mainframe grew up creating commercials and branded content in the worlds of motion design and VFX. In recent years, we’ve also added software development to our capabilities, which came about through our expertise in 3D. Mainframe North was born out of a combination of us looking to open a new studio, Manchester’s design heritage, and my wife’s desire to move back to her homeland. I didn’t want to leave Mainframe in London so I proposed to Adam (Mainframe’s founder) that I buy in and run a studio in Manchester. He said yes, and here we are. I was previously head of production at the London studio, and had plenty of experience running projects, but very little knowledge of running a studio, so we were learning as we went.

“We’re now in a position where we can choose which briefs we take on.”

When we opened up in Manchester it was me in a room on my own, juggling working on projects as an artist and setting up the business, alongside trying to convince local motion designers to come and join the ‘team’. I’d also just moved up from London, got married and had a baby on the way. Let’s just say it was busy.

In those days we had the safety net of acting as an overflow for the London studio while we tried to establish ourselves with the Manchester advertising and design community. We’ve grown gradually since then and have a small but perfectly formed team of six, and the projects just seem to be getting better and better. 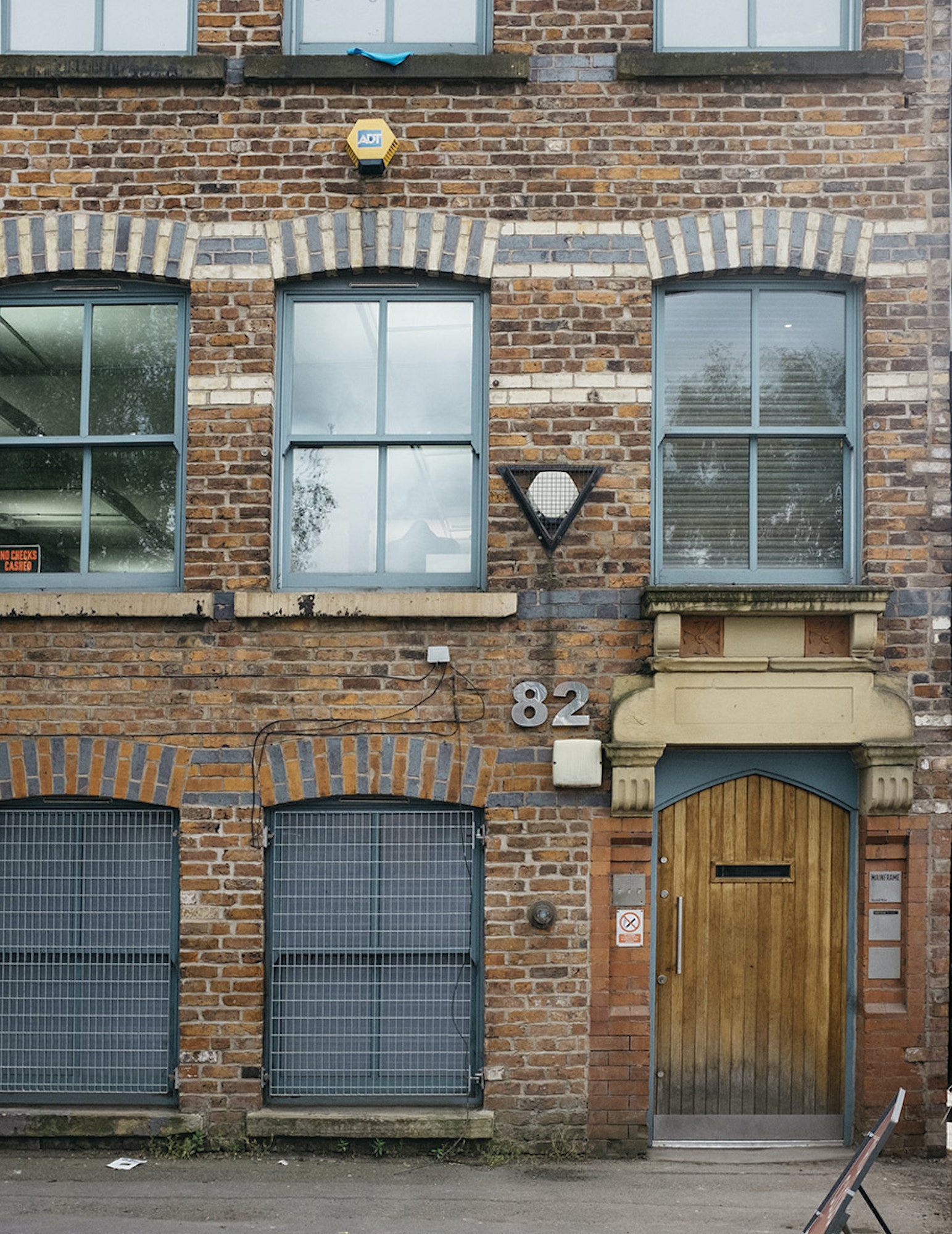 The entrance to the studio

Our aim is to make every project count. We’ve had some great commercial projects but the stand-out film we produced this year was an in-house piece entitled ‘For Approval’. We’ve always got some sort of internal or self-initiated project on the go. Unfortunately (or fortunately) a client project will often come in and eat up any spare time we have, so they rarely get finished. But this was a rare creature in that it actually made it out of the studio. It’s a piece of work that everyone in the studio worked on in some way, and one we’re very proud of artistically. We were very pleased with ourselves when we uploaded it to Vimeo on a Friday afternoon, with the simple hope that it would at least be well received by our peers. We joked that when it got to 100 likes we’d hit the pub. By Monday it had clocked up millions of views, having hit the top spot on Reddit videos. Around 40 million views later and we had gone viral. It was great exposure for us and has certainly had a positive effect on new business ever since. We must finish more internal projects!

In years gone by we have worked on projects that we wouldn’t necessarily want to shout too loud about, but more recently we’ve been lucky enough to work on the kind of projects everyone here enjoys. There are exceptions of course and it’s important to note that nobody’s snobby about it. At the end of the day we’re running a business but we’re now in a position where we can take a view on which briefs we take on and which we don’t.

On the software development side, Ian and I travelled out to Las Vegas last May to attend NAB with Autodesk where our product MASH was announced as shipping with their 3D application Maya. We presented everyday on the Autodesk booth and the positive reaction punctuated an incredibly proud time for us. Our little internal tool was all grown up. But the end of that chapter only meant the start of another, as we have remained heavily involved in MASH’s ongoing development, as well as other [software development] projects we now have bubbling away.

BASH, produced by Mainframe to celebrate the release of the MASH Dynamics node in Maya 2018

As a small team we run a pretty flat structure here. We do have a small development team now, who focus on MASH and Maya, but they will still often dip in to provide technical support on animation projects. And everyone will normally touch a project in some shape or form.

Generally, a brief will come in to me via email or phone. We’ll talk about it as a group and then I’ll go away and iron out the deliverables and budget with the client. If we’re pitching on a job, we’ll sit round a table and battle plan our approach. The workload at that time will dictate who does what, but everyone will play to their strengths. We try not to have artists juggling too many projects at the same time but, as a small studio, it’s inevitable that sometimes the guys will find themselves jumping in and out of a couple of projects. That has its benefits though; sometimes the distraction of thinking about something else can resolve a stale patch with another project.

“We try not to have artists juggling too many projects at the same time, but sometimes the distraction of thinking about something else can resolve a stale patch with another project.”

We look for people who can clearly demonstrate what it is they do, why they do it and why Mainframe is the place they want to do more of it. The freelance pool in Manchester isn’t quite as deep as the likes of London so it can sometimes be challenging to find people within the short lead times we’re often faced with. That said, we’ve got some go-to people on our books who we lean on when they’re needed. We’re also noticing a definite increase in emails from motion designers letting us know they’ve moved from London to Manchester so that’s a promising sign for the industry here generally.

For Approval by Mainframe North 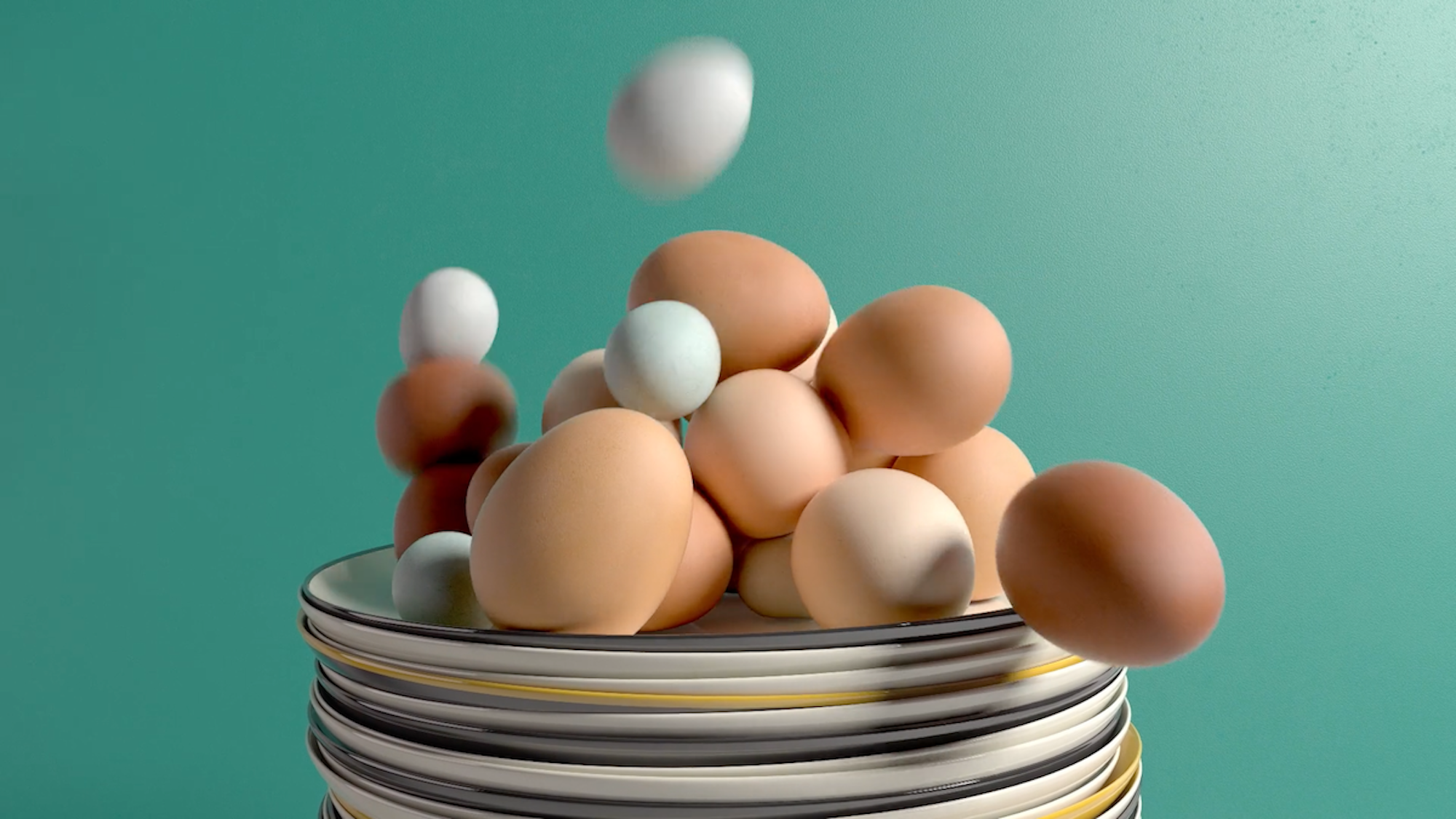 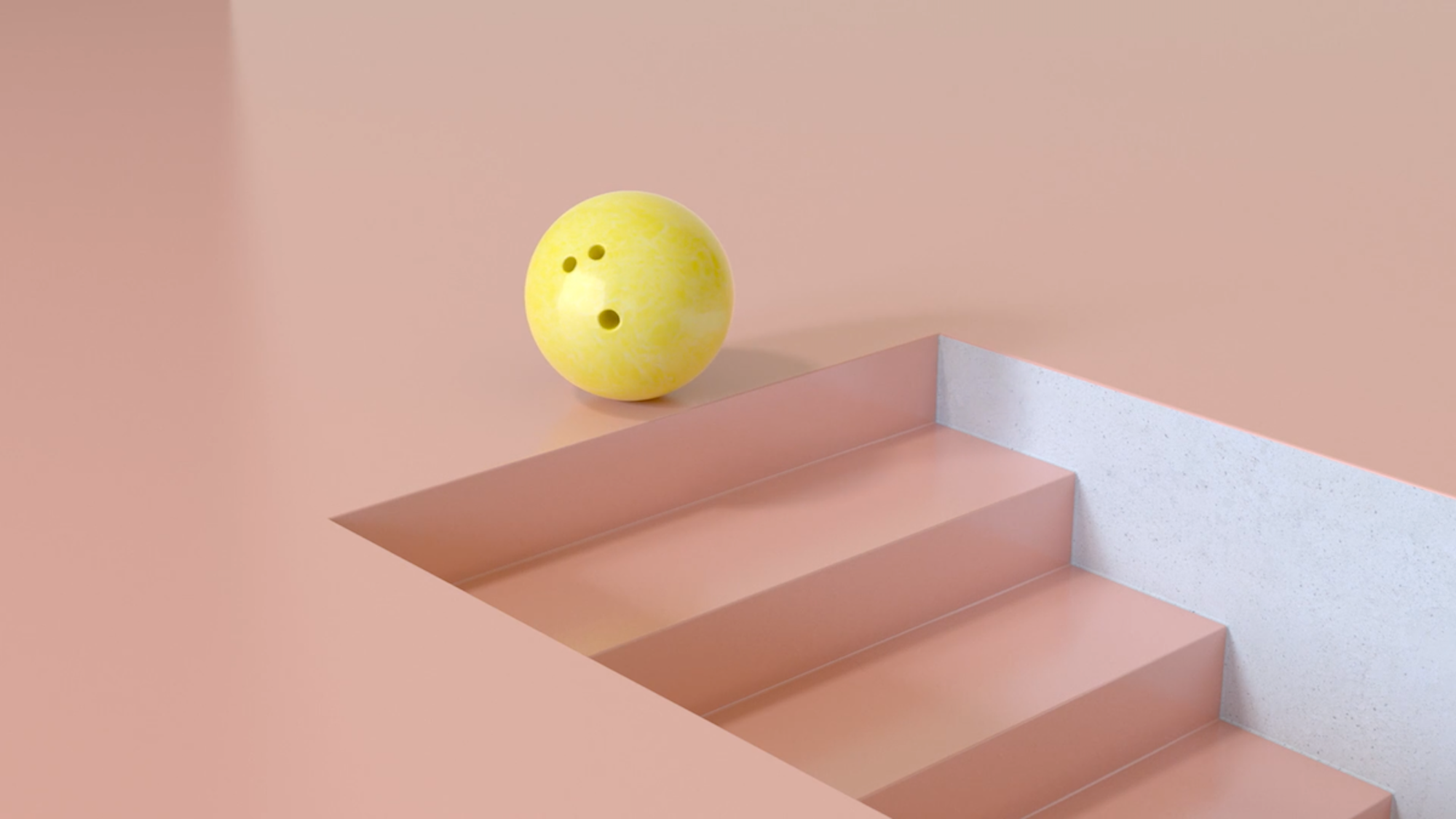 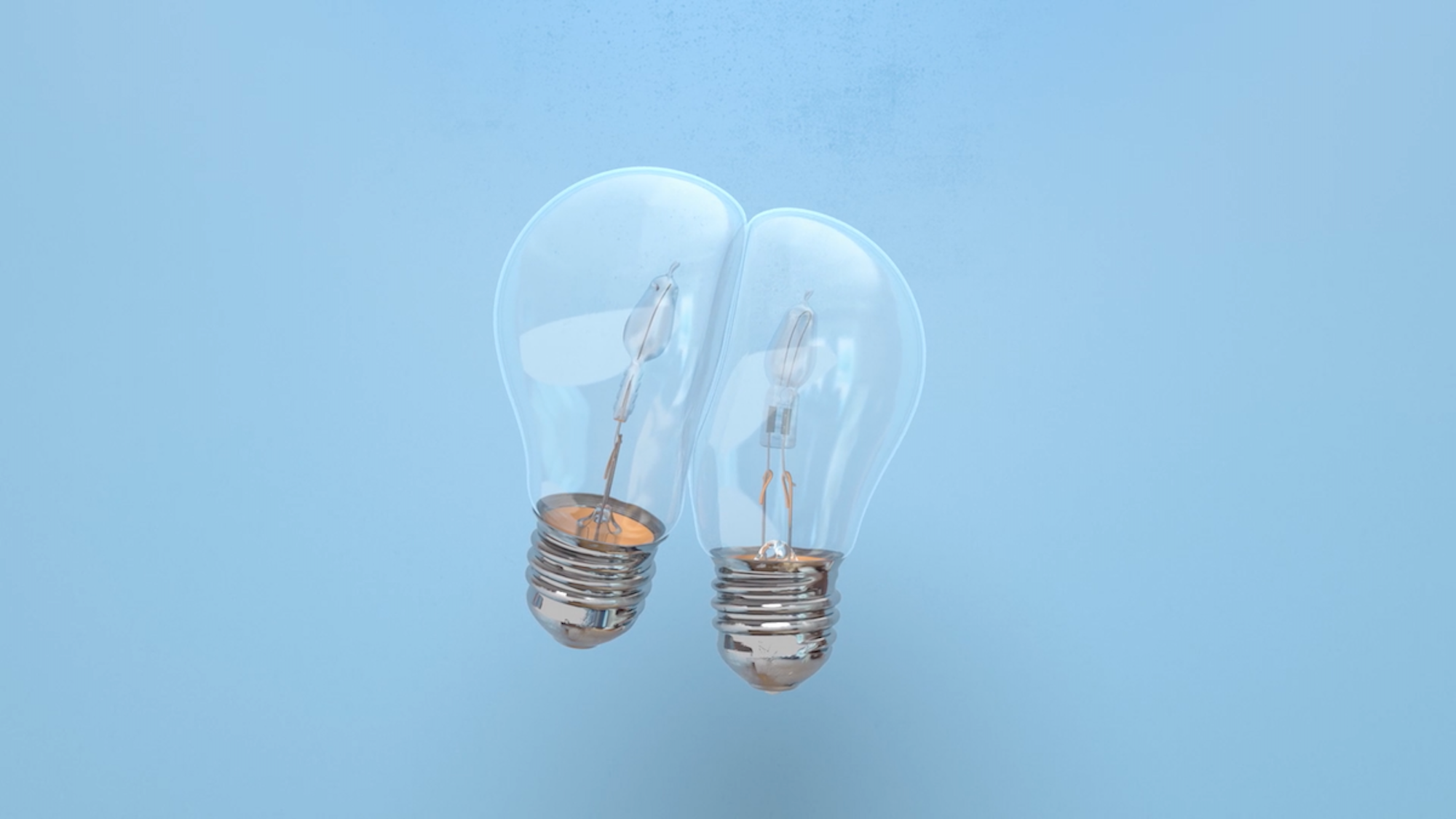 Our studio is in an area of central Manchester called Ancoats. It’s not the most salubrious part of town but there is never a dull moment. It’s on the up these days and has served us very well. We’re in a open-plan room in a refurbished mill with exposed brick walls, thick wooden floorboards and painted metal pillars. Something of a Northern Quarter cliché! Sadly there’s no running track, swimming pool or free food on tap but when we’re out together, Mainframe’s buying. As far as music policy goes, we’ll put a bit of 6 Music on in the mornings and then whatever people want to listen to on Spotify. But everyone has headphones to listen to their power ballads (hipster tunes) when the mood takes them. 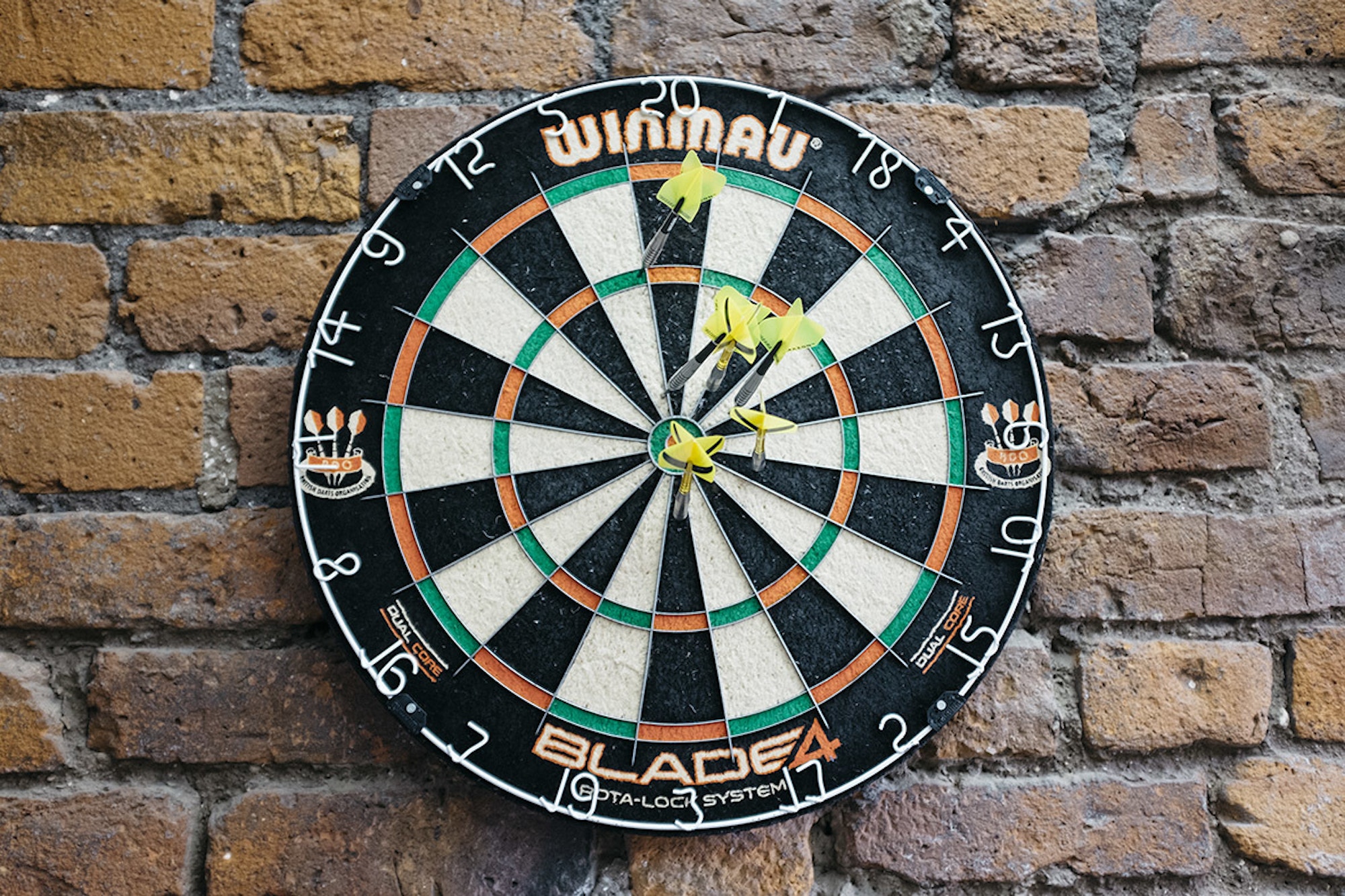 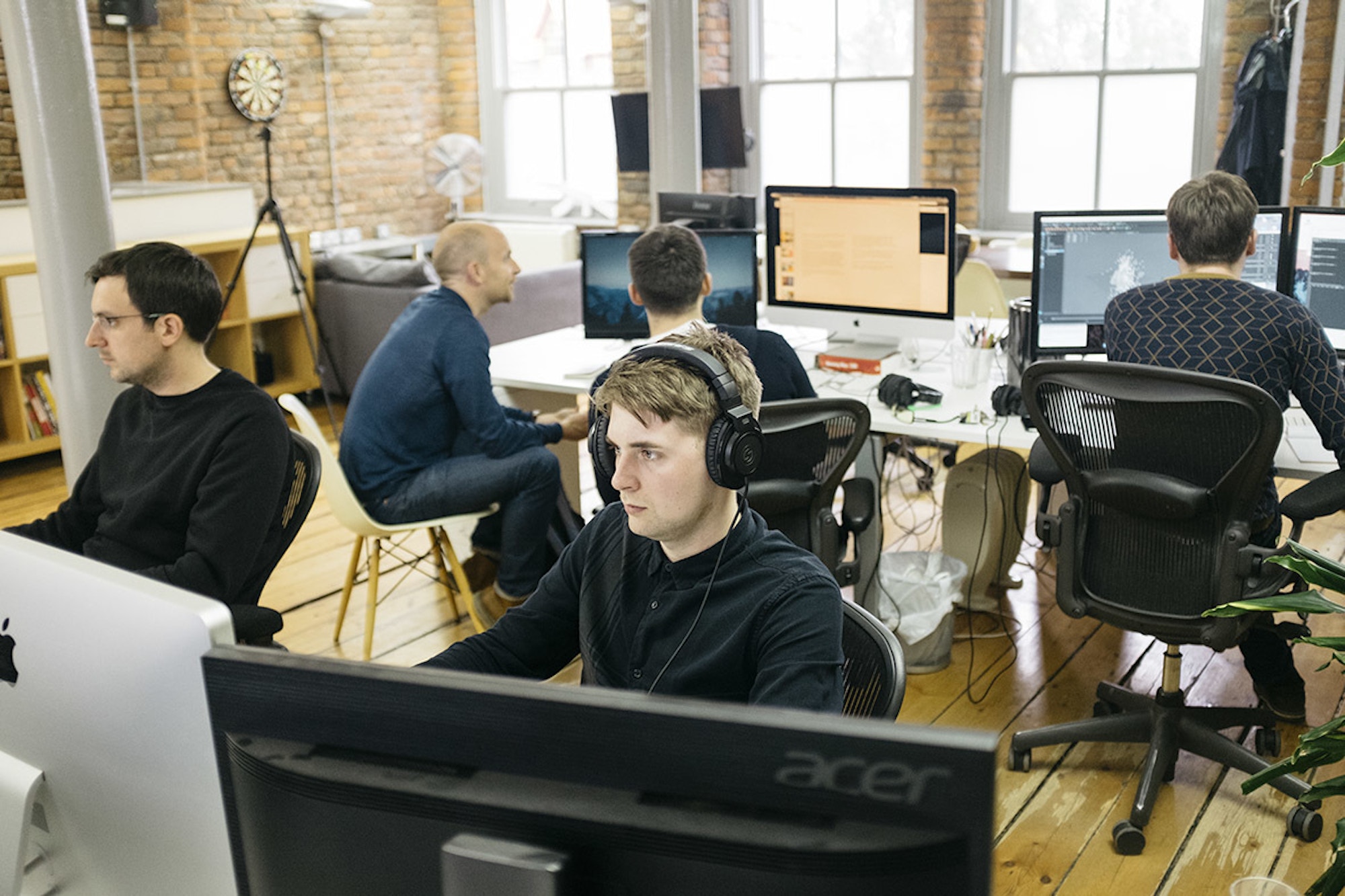 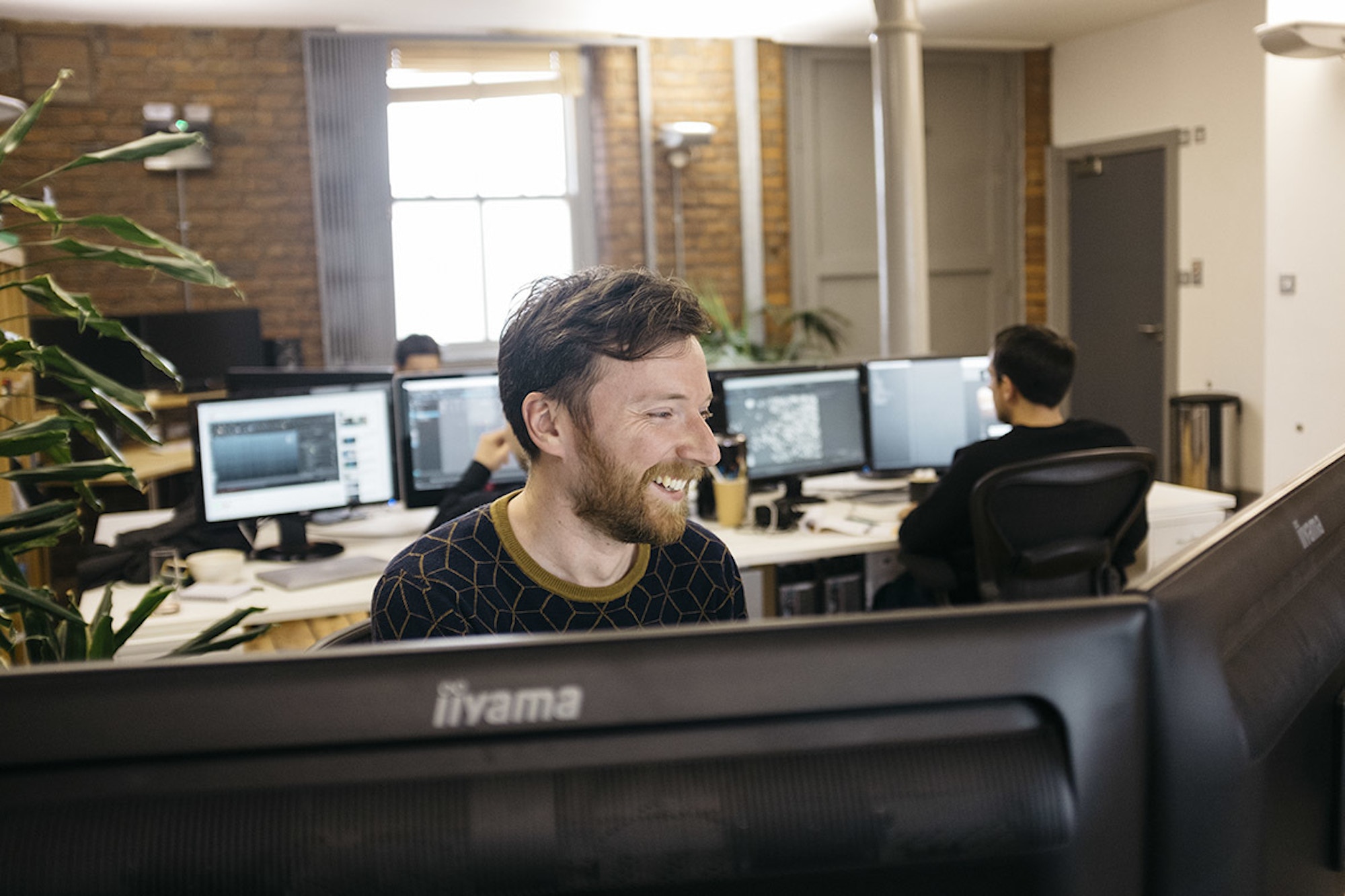 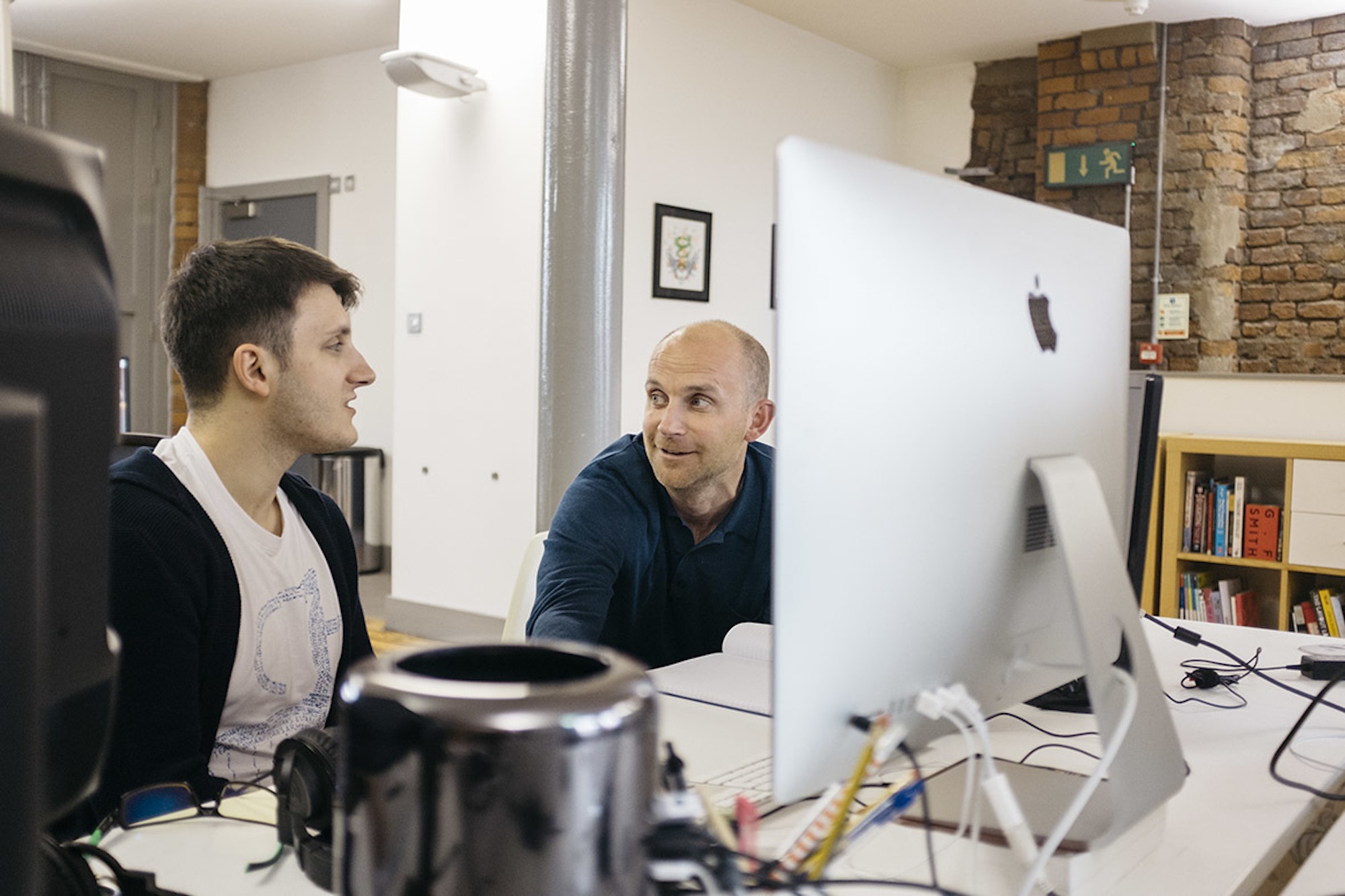 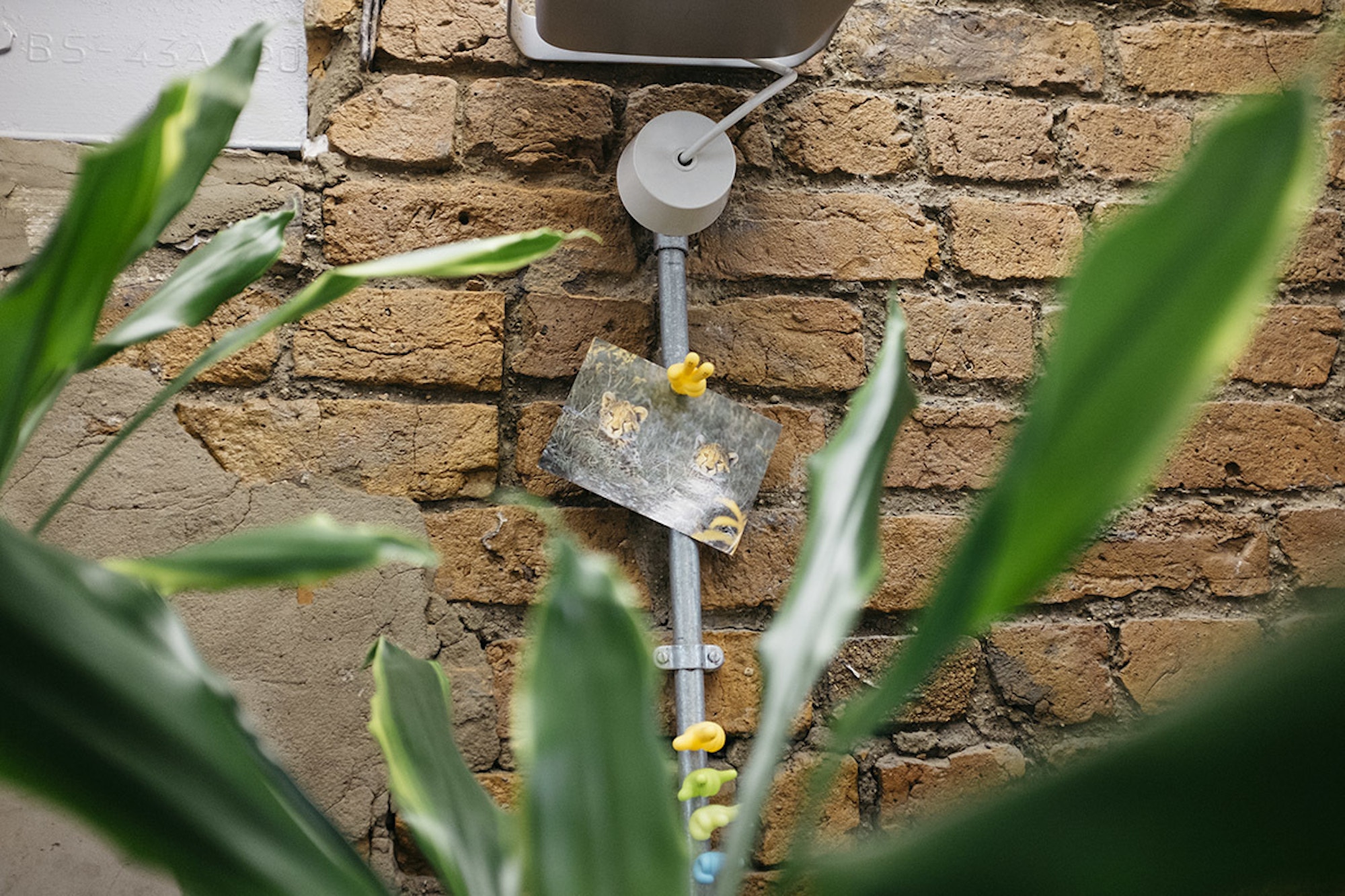 One of the things I’ve tried to instil in our working practice is for everyone to go home on time. It’s not exclusive to our industry, but there’s always been an expectation that VFX and motion designers will work all night to get a project out on time. I’ve been there and it’s not pleasant for anyone. Keeping a better balance has definitely had a positive effect on the output of the studio. I’m careful not to email clients or the team outside of office hours. There are exceptions, of course, but if something pops into my head in the evening that I feel needs dealing with then I’ll draft a message and send it in the morning.

We did have something we called Social Secretary whereby Mainframe put up some cash aside and then every two months we would take turns to pick a date and an activity: film, restaurant or bar to take us all out to for the evening. We did some fun things but sadly it died a death due to never being able to find a date everyone could commit to. It started as an attempt to improve my apparent inability to organise a simple night out, but it turns out none of us are very good at it. Nowadays we stick to beers on Fridays or, when the sun’s shining, darts and a meal out together when we can. No ‘forced’ fun!