The Mighty Boosh, mechanical cats and a sense of play were the original ingredients that would go on to make Leeds-based art direction and production studio, Lord Whitney. The brain child of university friends-turned-creative directors Amy Lord and Rebekah Whitney, the duo never set out to start a company: “At the beginning, if anyone had told us we were founding a studio, we’d have run a mile!” Today, Lord Whitney is a fully-fledged team of five, collaborating with clients including ITV Creative, Cartier, TK Maxx and M&C Saatchi. Together they have worked on a music video for Nicki Minaj, and most recently an immersive experience based on Netflix series Stranger Things. Amy and Rebekah grant us an all-access pass to the three floors of their headquarters, from their prop store and photography cove, to a small jungle. Here, Amy talks future plans and describes the pivotal moments that have brought them to this point – from working as zombies to finally securing the perfect space. 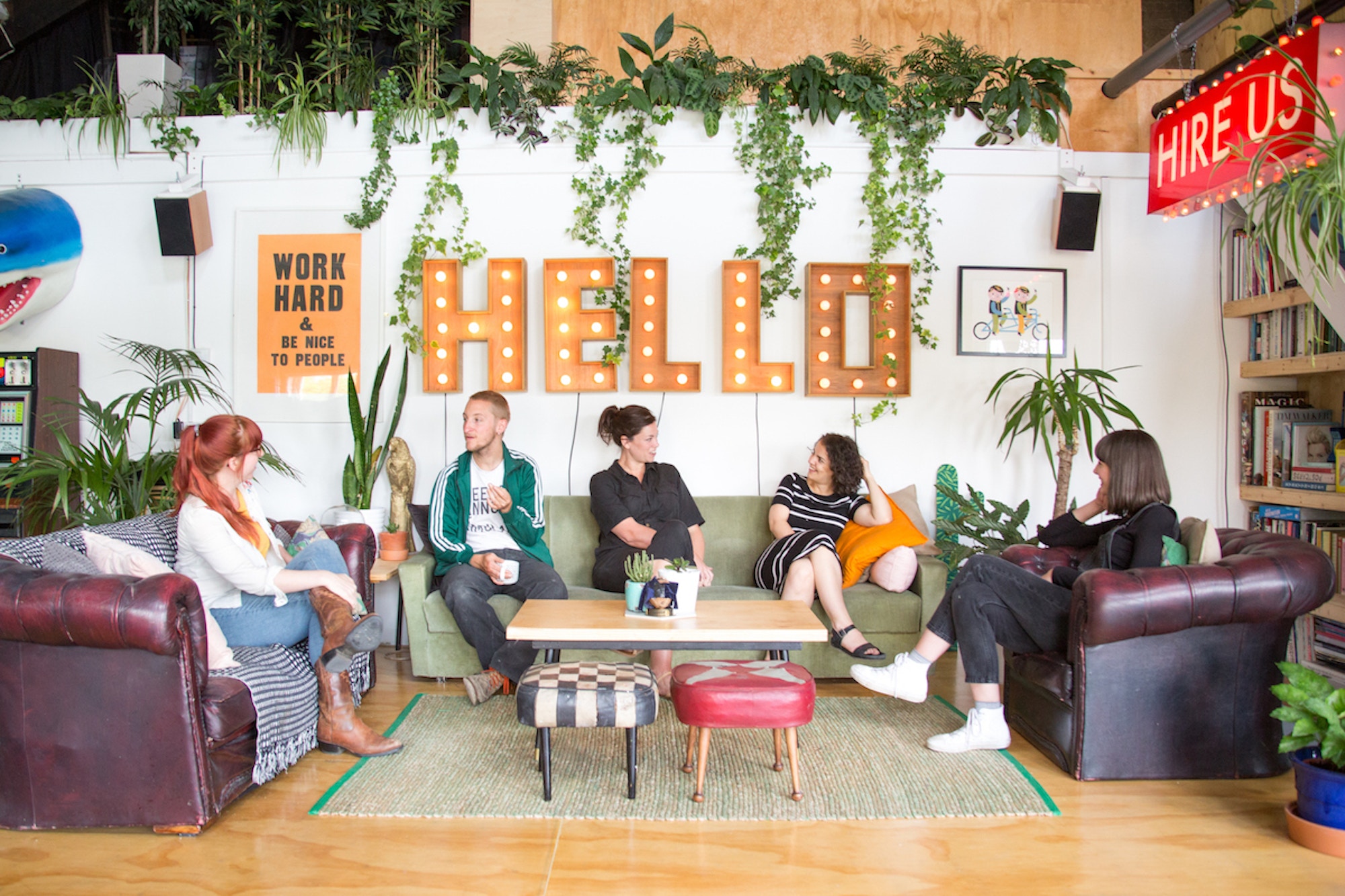 The team in the studio

We always find it hard to summarise exactly what we do, but our self-proclaimed job titles read: ‘Connoisseurs of Make-Believe’. We create worlds for music videos and commercials to real-life experiences people can step into. Our commercial work revolves around art direction and set design, so we work closely with photographers and directors to bring treatments and ideas to life. But on other projects and commissions, we can spend months working on research, narratives and stories.

We started working together at university after a shared love of The Mighty Boosh, battery-powered mechanical cats and the realisation you could ‘play’ for a living. Making work together made us happy; we felt like kids playing the best game. Our approach to business has stayed pretty much the same; if we enjoy something, we do more of it, if we don't enjoy something, we do less of it. We are constantly evolving and adapting what we do, but at the heart of it, the work simply needs to make us and our team happy.

“Making work together made us happy; we felt like kids playing the best game.” 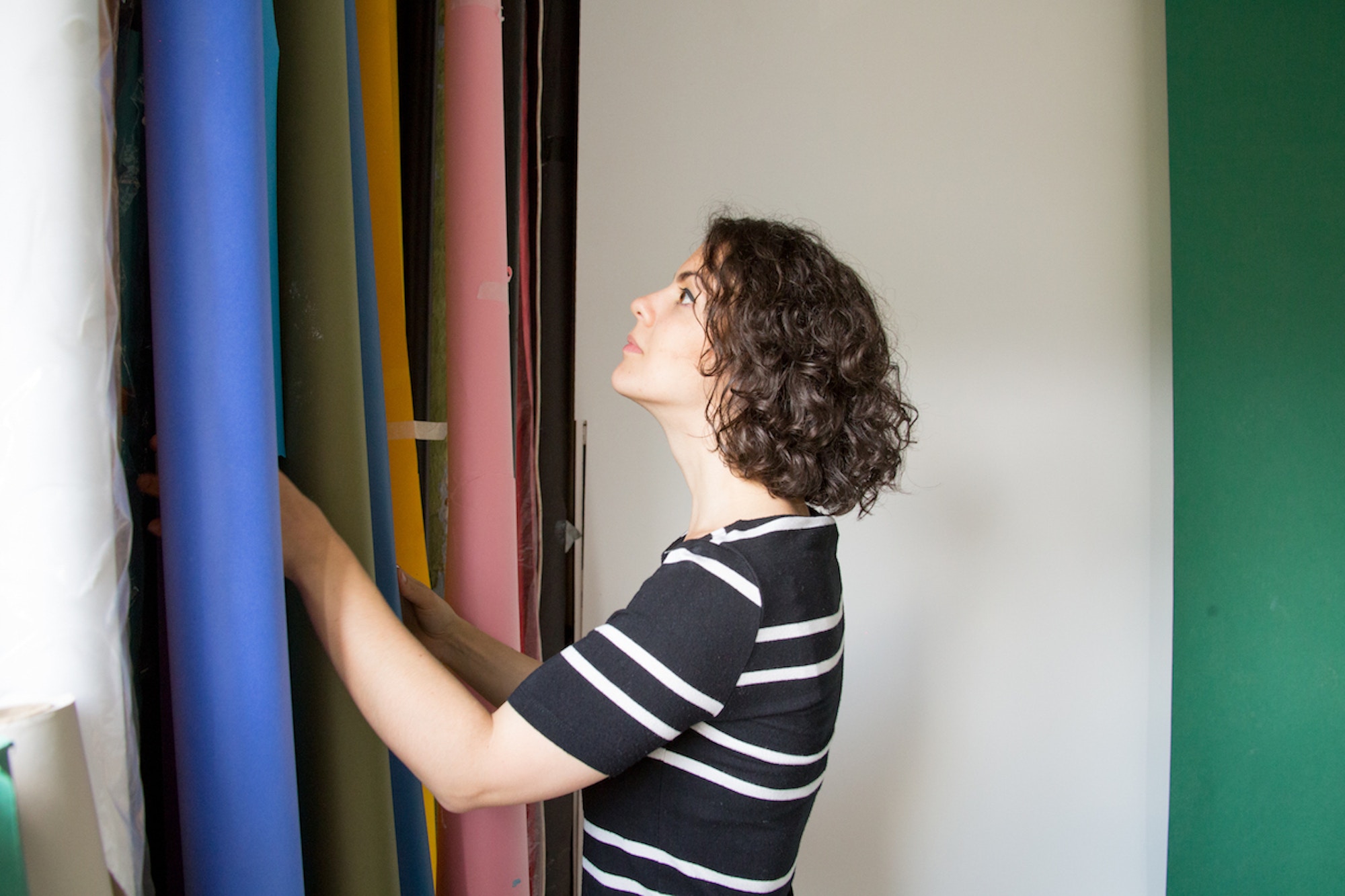 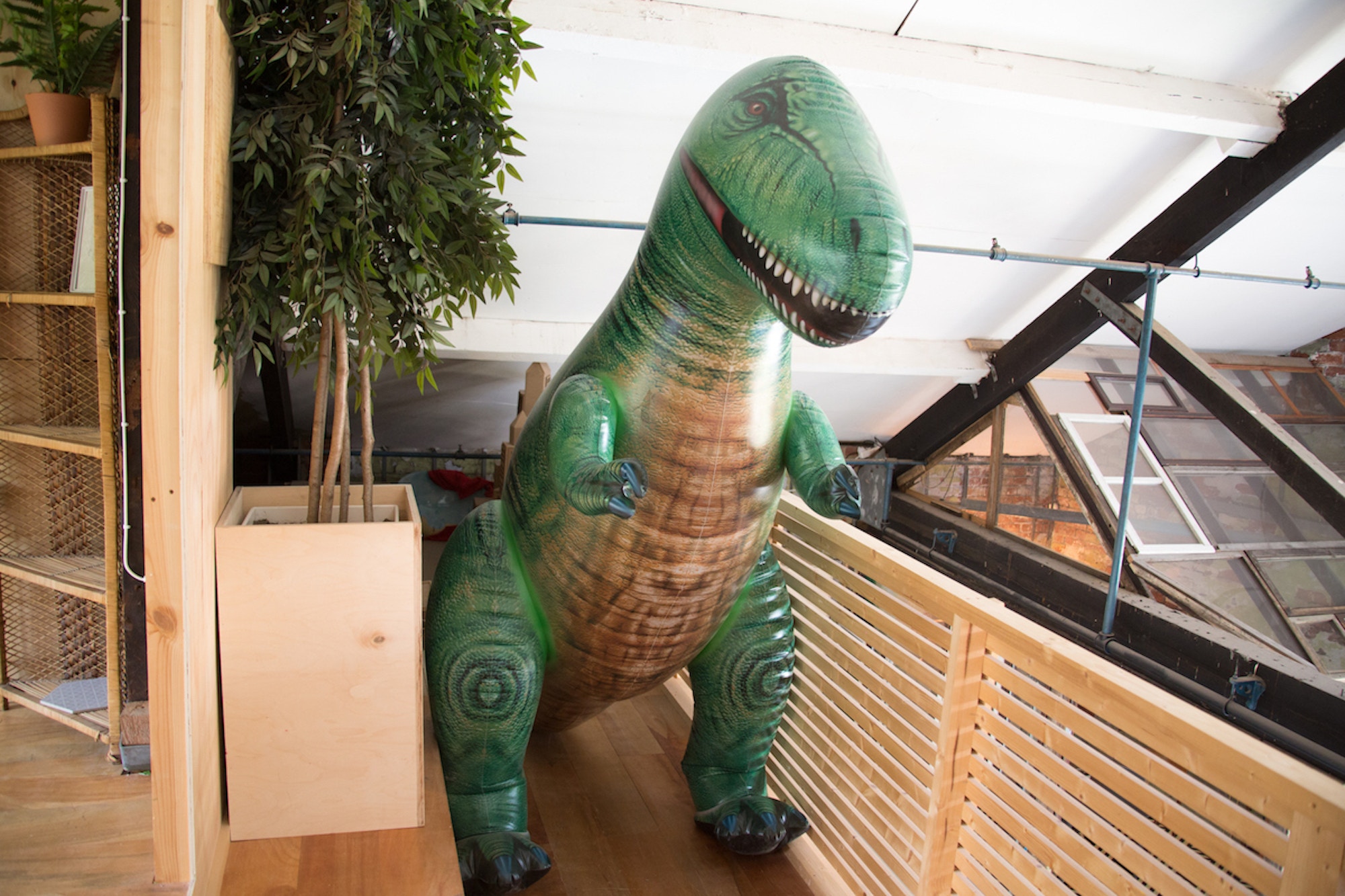 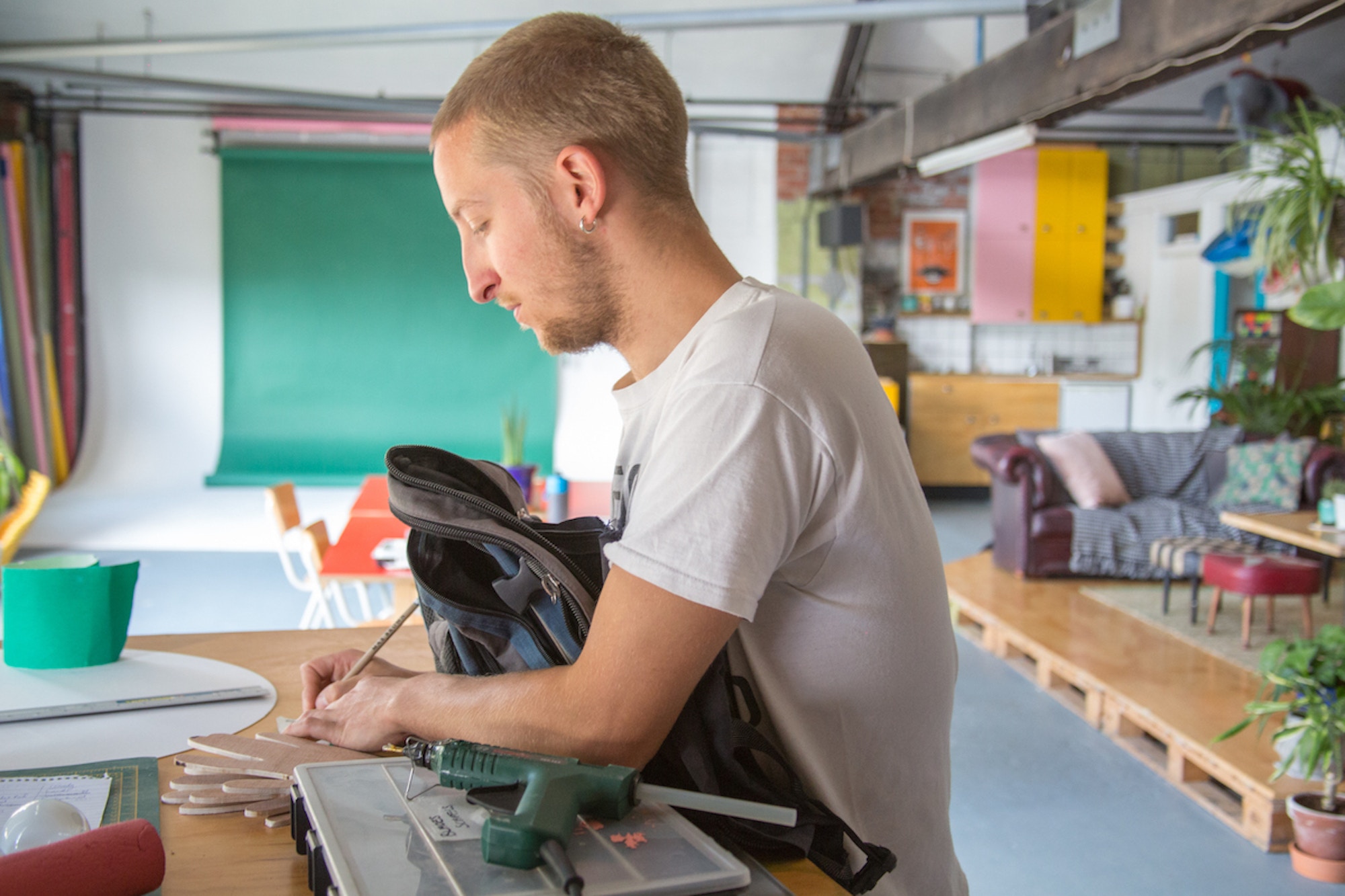 We found that over time, each project would lead to the next, and very slowly those projects became bigger and we slowly started getting paid. If anyone had told us at this stage we were founding a studio, we would have run a mile! At that time, neither of us had the self-belief to do something like that, it just evolved naturally over a number of years.It wasn’t easy, and we did temp jobs and ridiculous things along the way, but slowly it became our main work.

At the start, our projects were for friends, bands or people with very small budgets. Our first big commissions came from festivals; this was what gave us the push to take on a studio space – it was a defining moment for us. The space allowed us to make more stuff and the more we made, the more work we got. But we were juggling too many projects and needed someone with a creative but super-organised brain to step in and help us. That’s when Lins (our producer) came on board.

“If anyone had told us we were founding a studio, we would have run a mile! Neither of us had the self-belief to do something like that.”

Over the next few years, our team grew. We have always managed to find the most amazing people to work with, who we see as our extended family. Even when people move on, we have a saying that “You never really leave Lord Whitney”. We will always support them, whatever they go on to do.

When we first quit our jobs to try and do Lord Whitney full-time, we had a year called our ‘yes year’ where we literally said yes to everything. From being zombies in a film, to photographing politicians (without owning a camera). We literally did anything anyone asked. We learnt a lot from that year – mostly what we didn’t want to do – but everything we did was valuable in shaping what and who we are today. 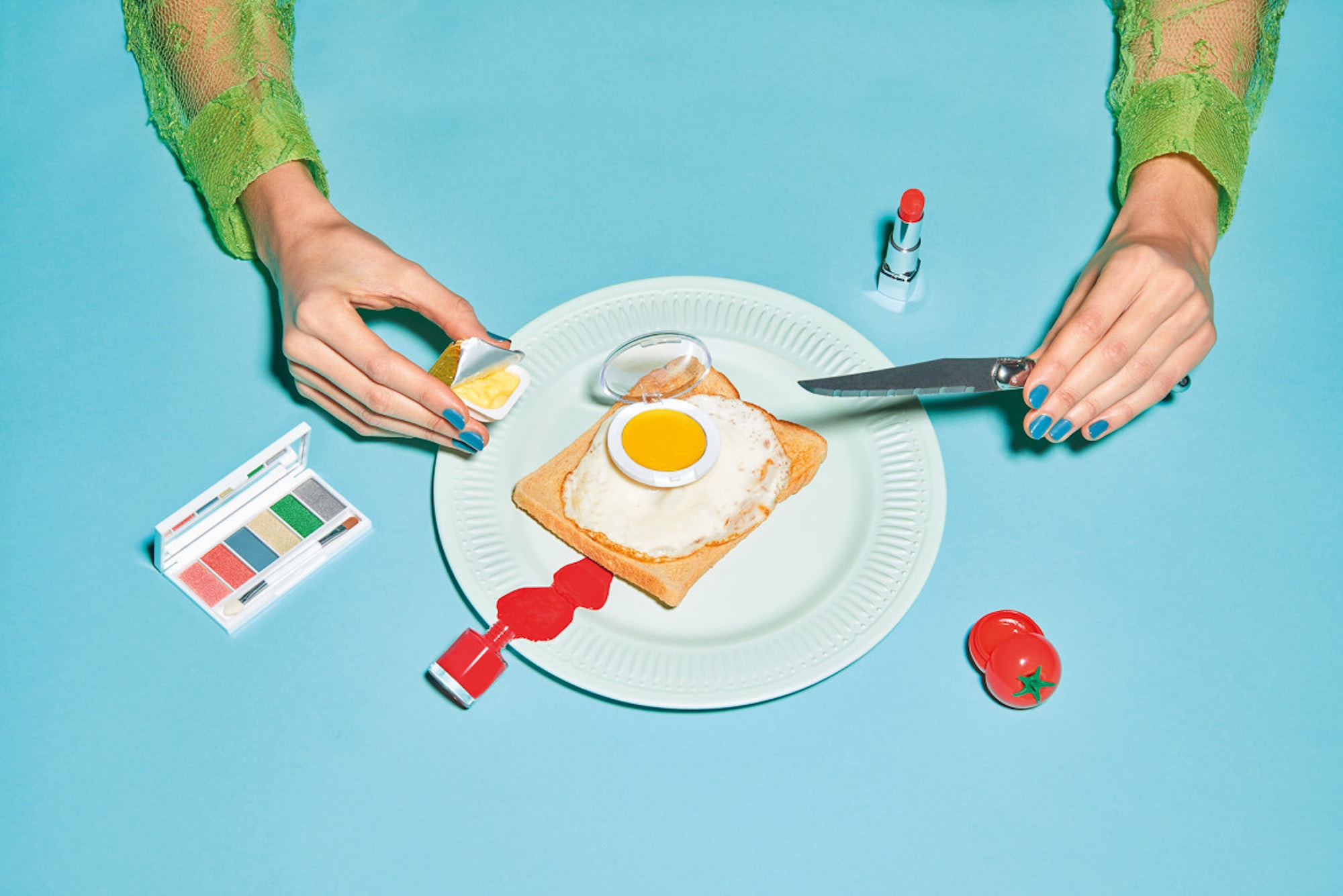 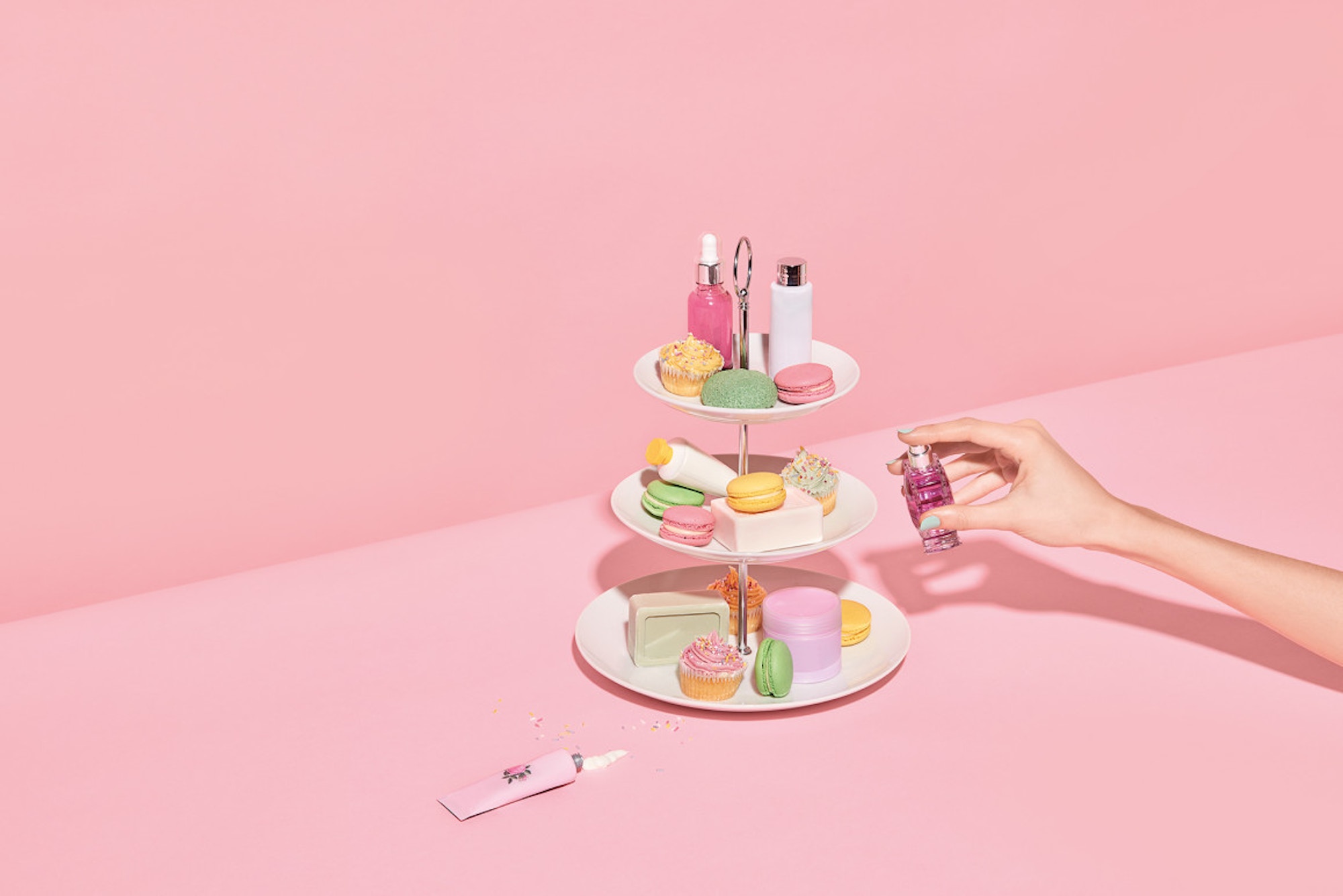 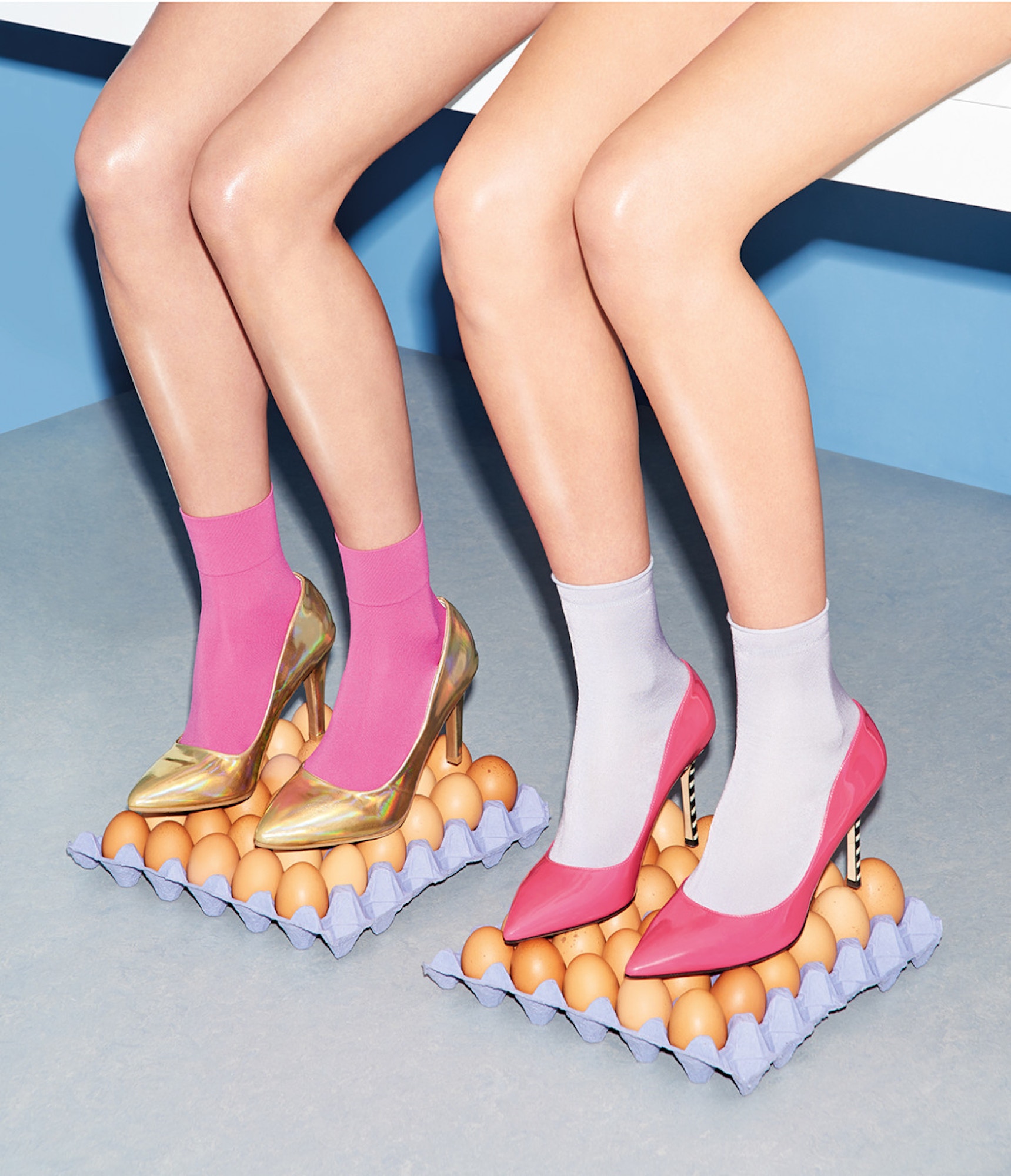 Each project varies wildly for us; we wouldn’t say there was ever an exact system. Sometimes are brought in at the beginning of a project or commission, and lead on everything from the research to concepts and design. Other times we come in to source or make the smallest prop or build the set, and then there is everything in between!

With commercial projects, we normally get an email direct from the client or our agent (One Represents)with a basic idea and rough dates. We then figure out if the project is possible within the timeframe, before the fun part of working out how much it will cost begins!

Set design for Nicki Minaj’s ‘The Night Is Still Young’ 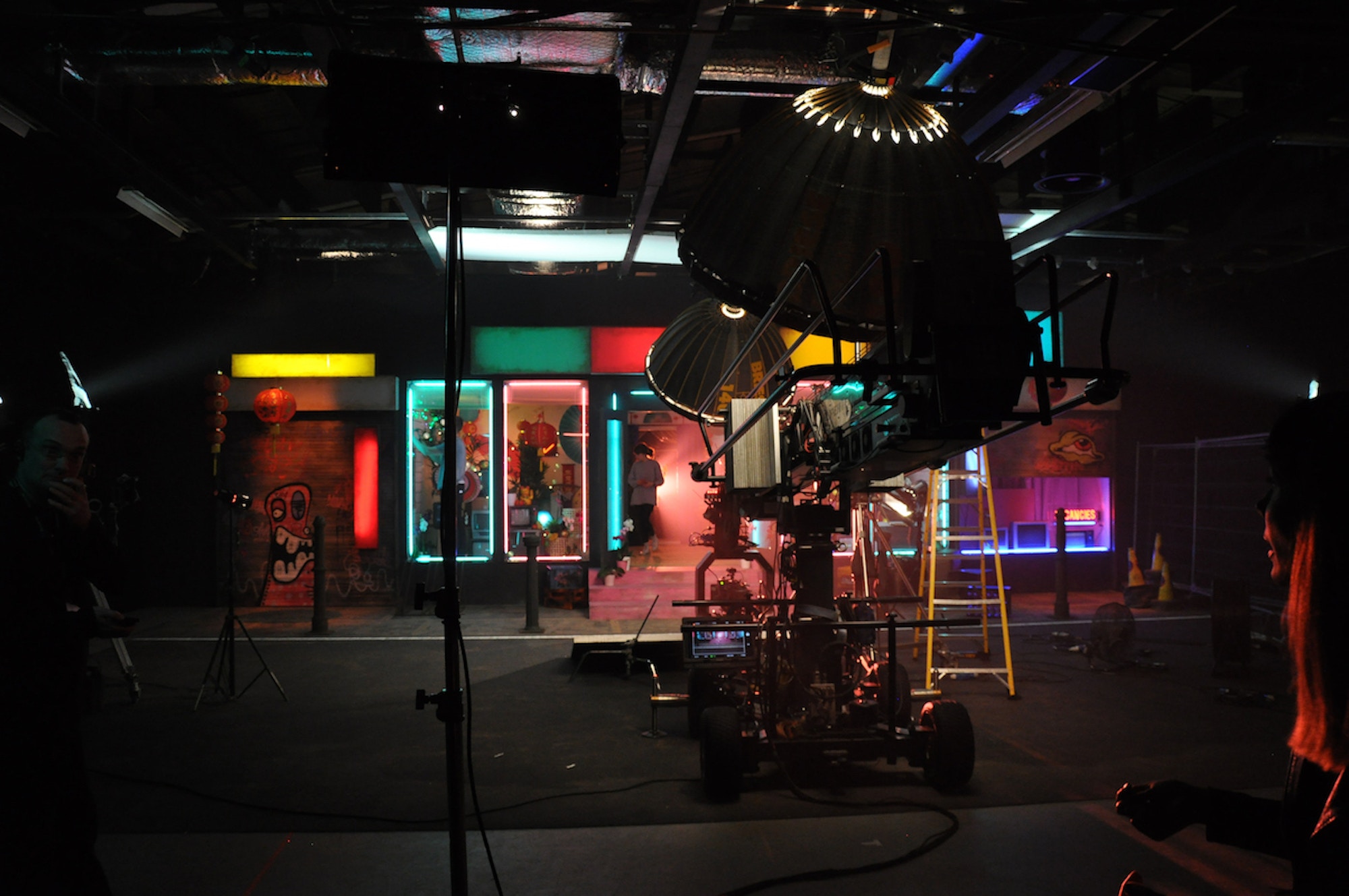 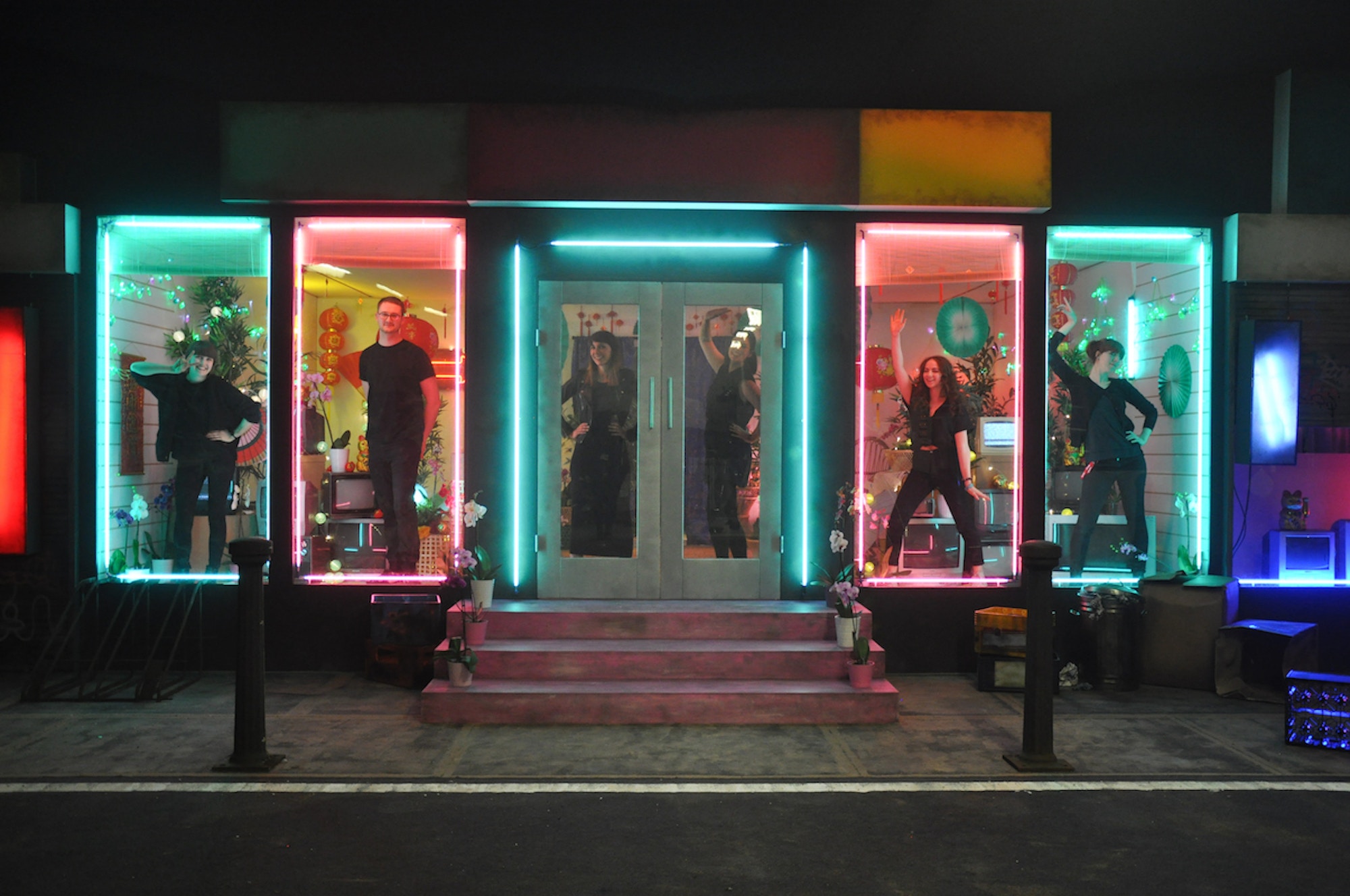 Costing a job is a big part of what we do; when you work in physical materials, costing means working out how you to build and make something before you’ve even designed it. From experience we can now make accurate estimates on budgets without going into too much detail – you just get a feel for it.  On bigger jobs this can still take up to a day to calculate.

Last year we got the chance to work on some really exciting projects, including an immersive experience for Netflix. We are huge Stranger Things fans, so getting the chance to design and build a world for people to step inside gave us a chance to geek-out. We love making sets detailed, so sourcing the exact props and costumes used in the show was a dream brief. 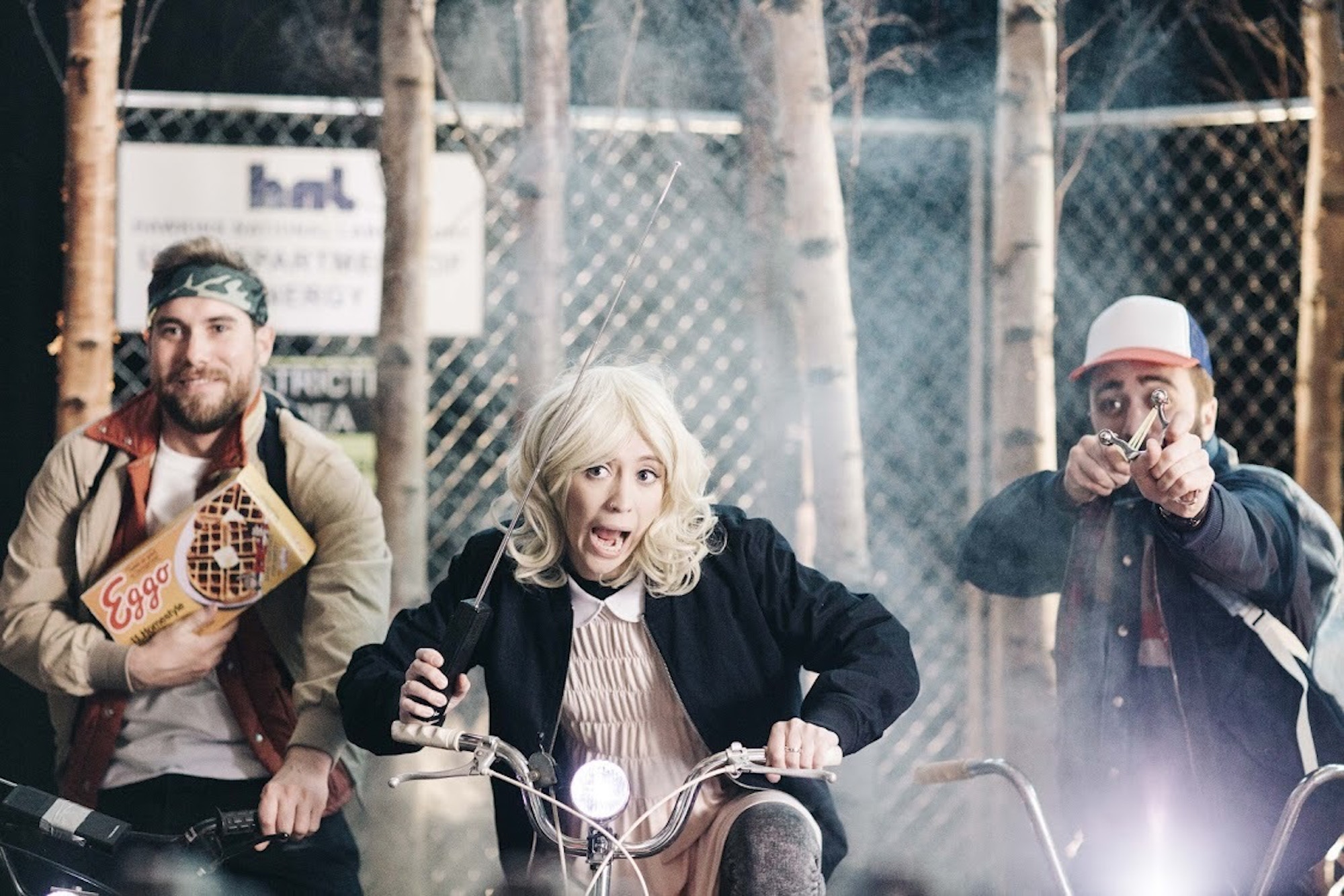 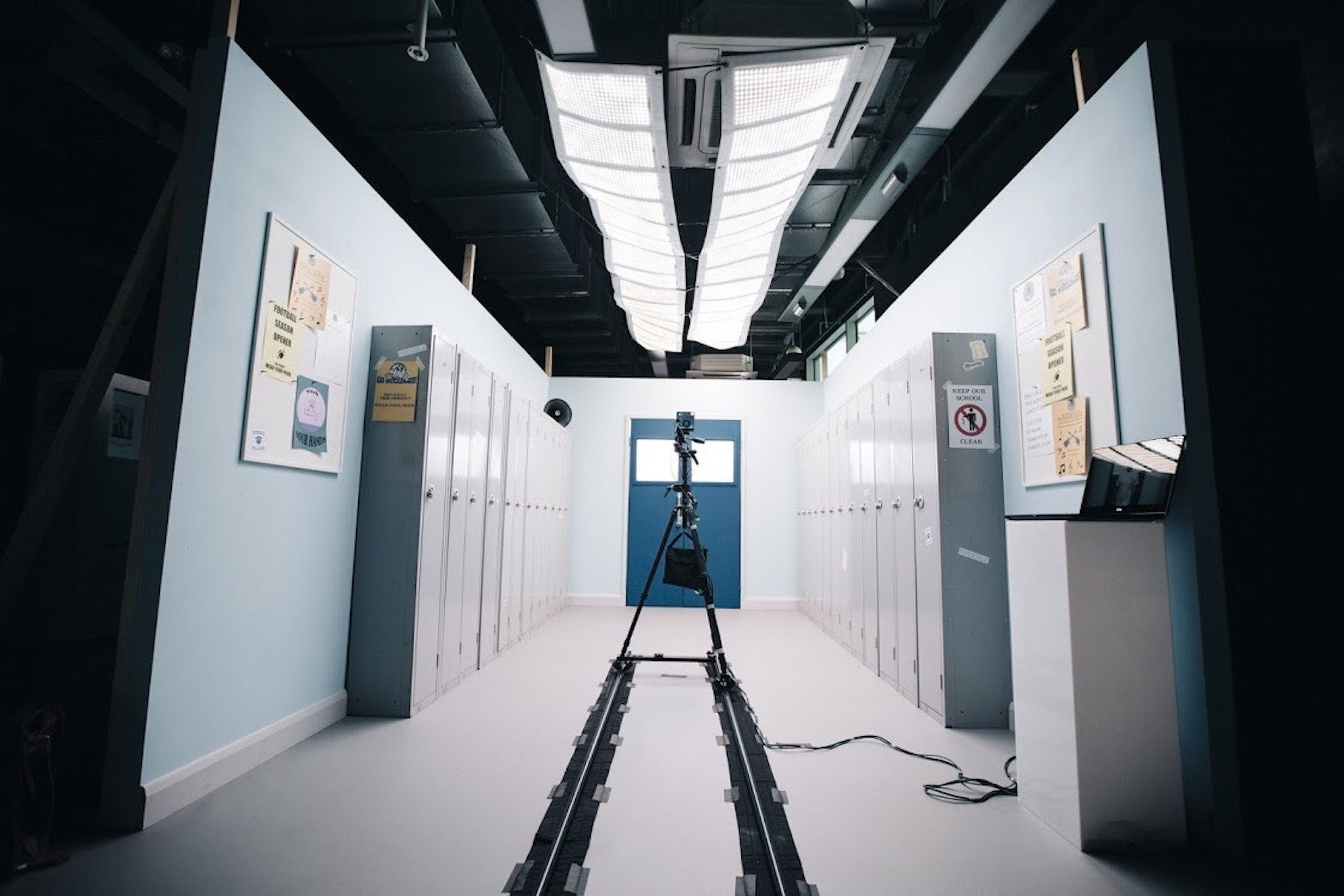 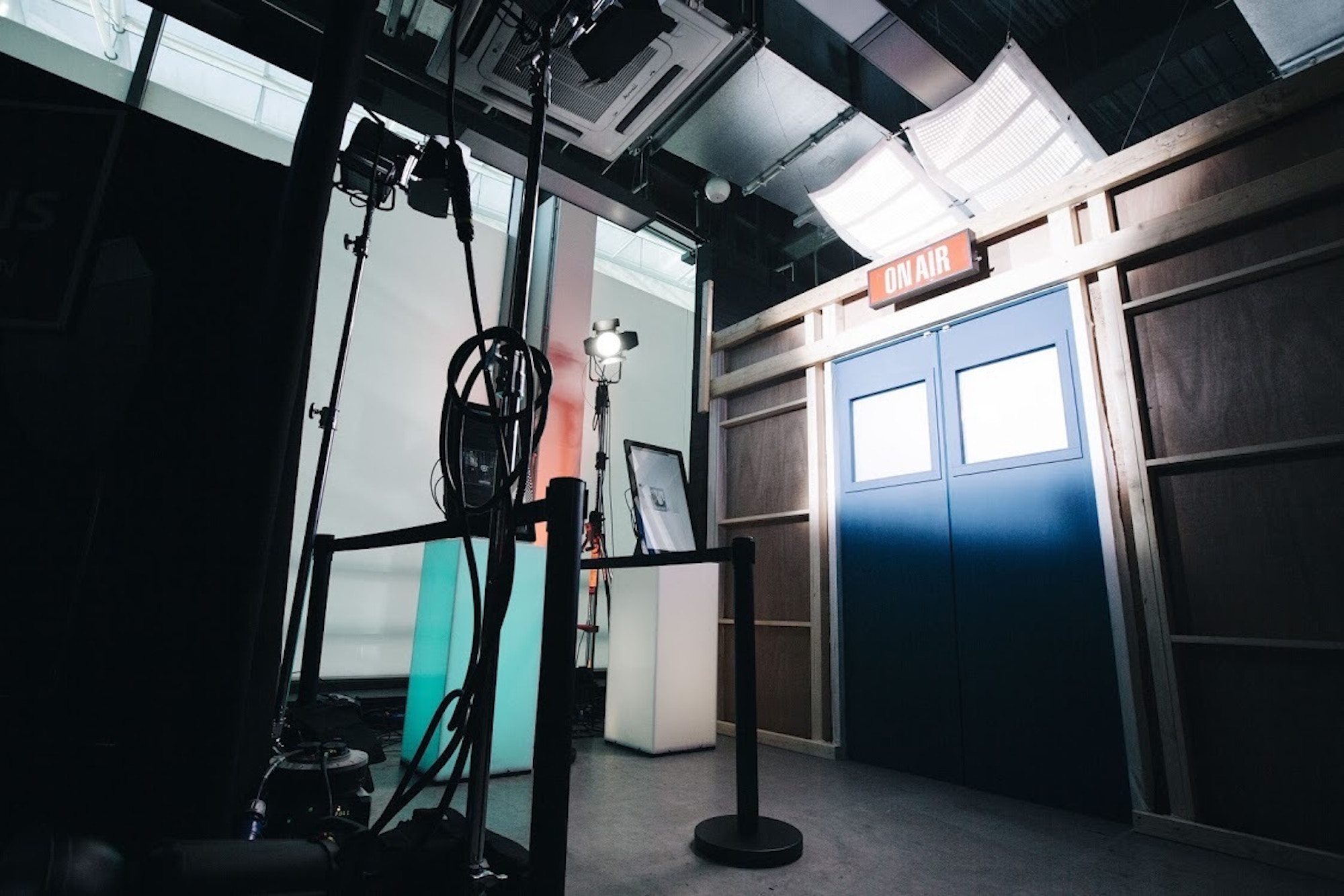 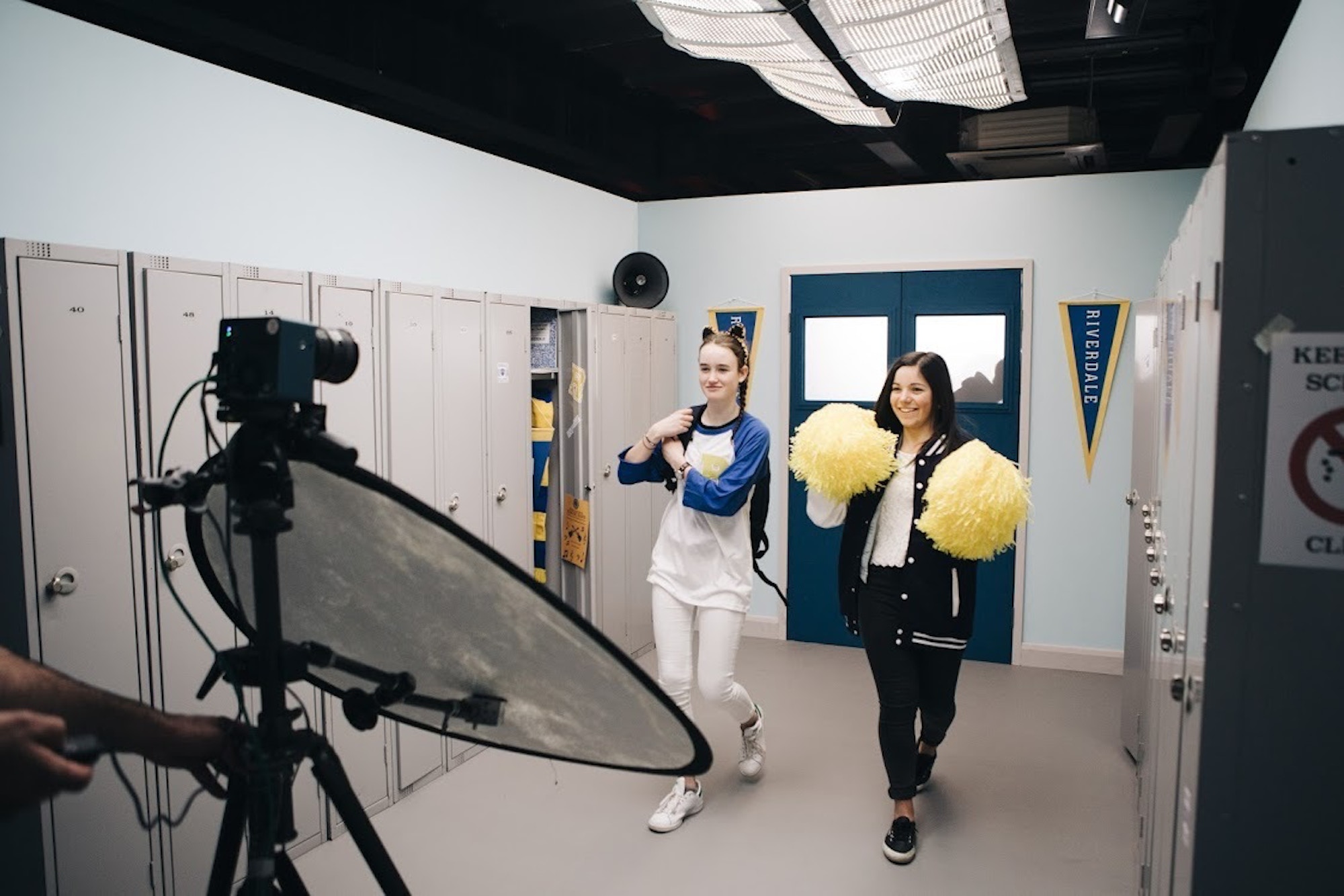 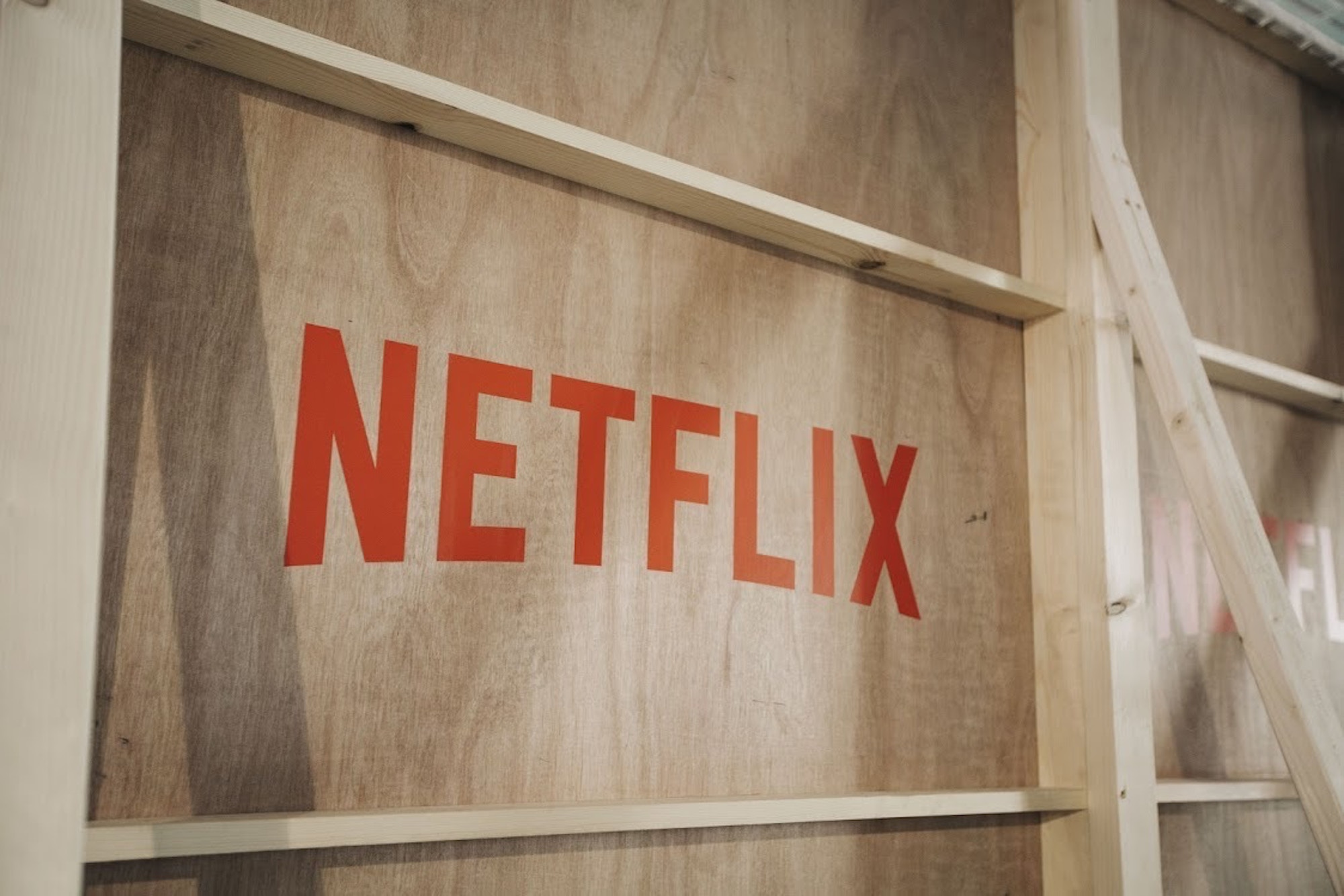 We still do jobs that don’t always make our website; we worked for an agency on some very commercial jobs for a bank, which weren't that creative, but the agency were great, paid well and allowed us the headspace to focus on what we wanted to achieve creatively.

Sometimes we have a hard time explaining what we do, maybe because people only ever see the super-creative side of things. We have a big issue with Instagram and its curated world – we’re glad it wasn’t around when we were starting out. We’d have been overwhelmed with how great everyone else was, that we would never have had the balls to do something! To combat this, we started ‘boredshitney’ a more realistic, unfiltered view of our work life. It mainly includes Post Office queues, toilet cubicle-based admin and loading skips, which better represents the reality of our lives. 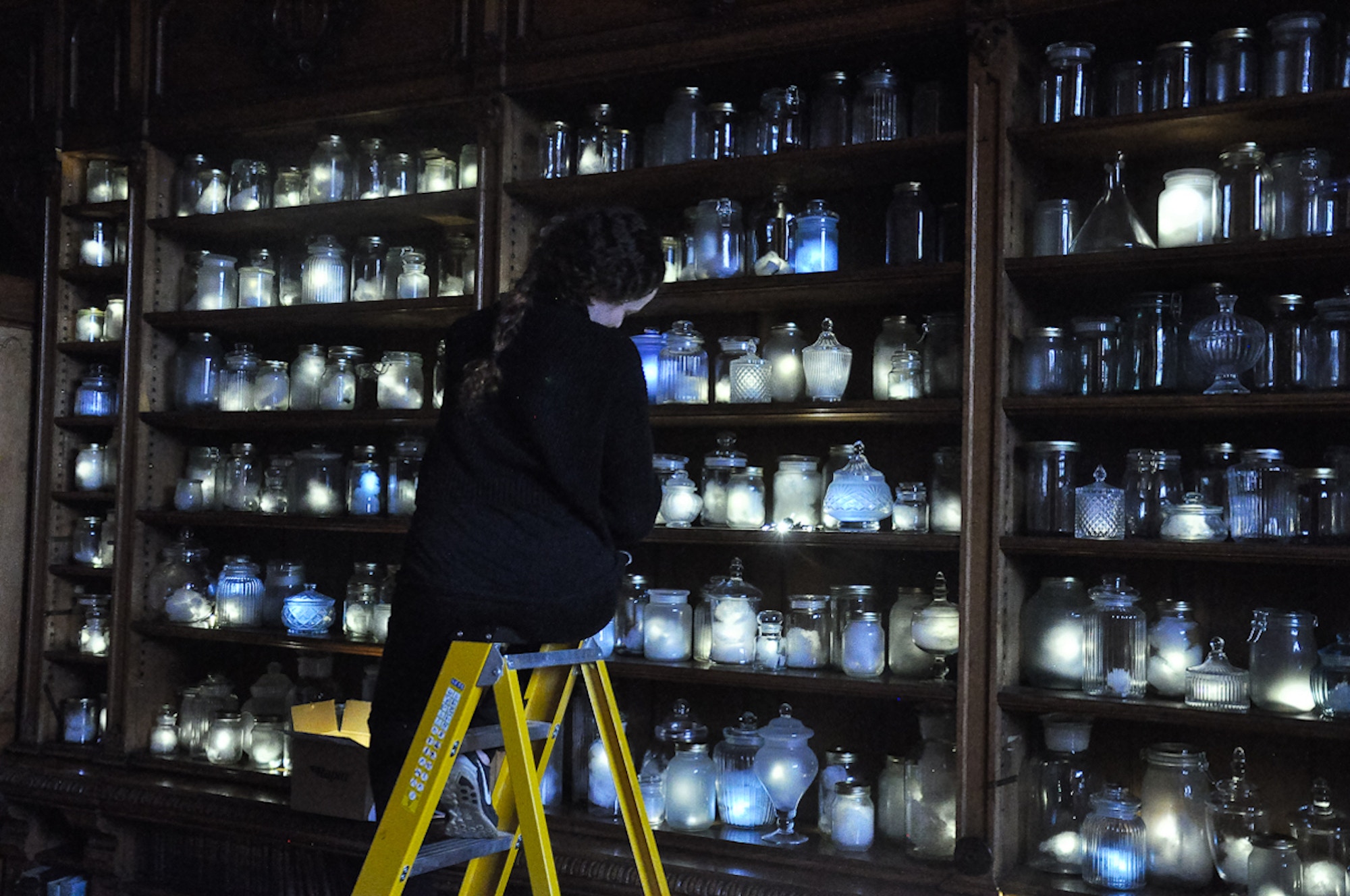 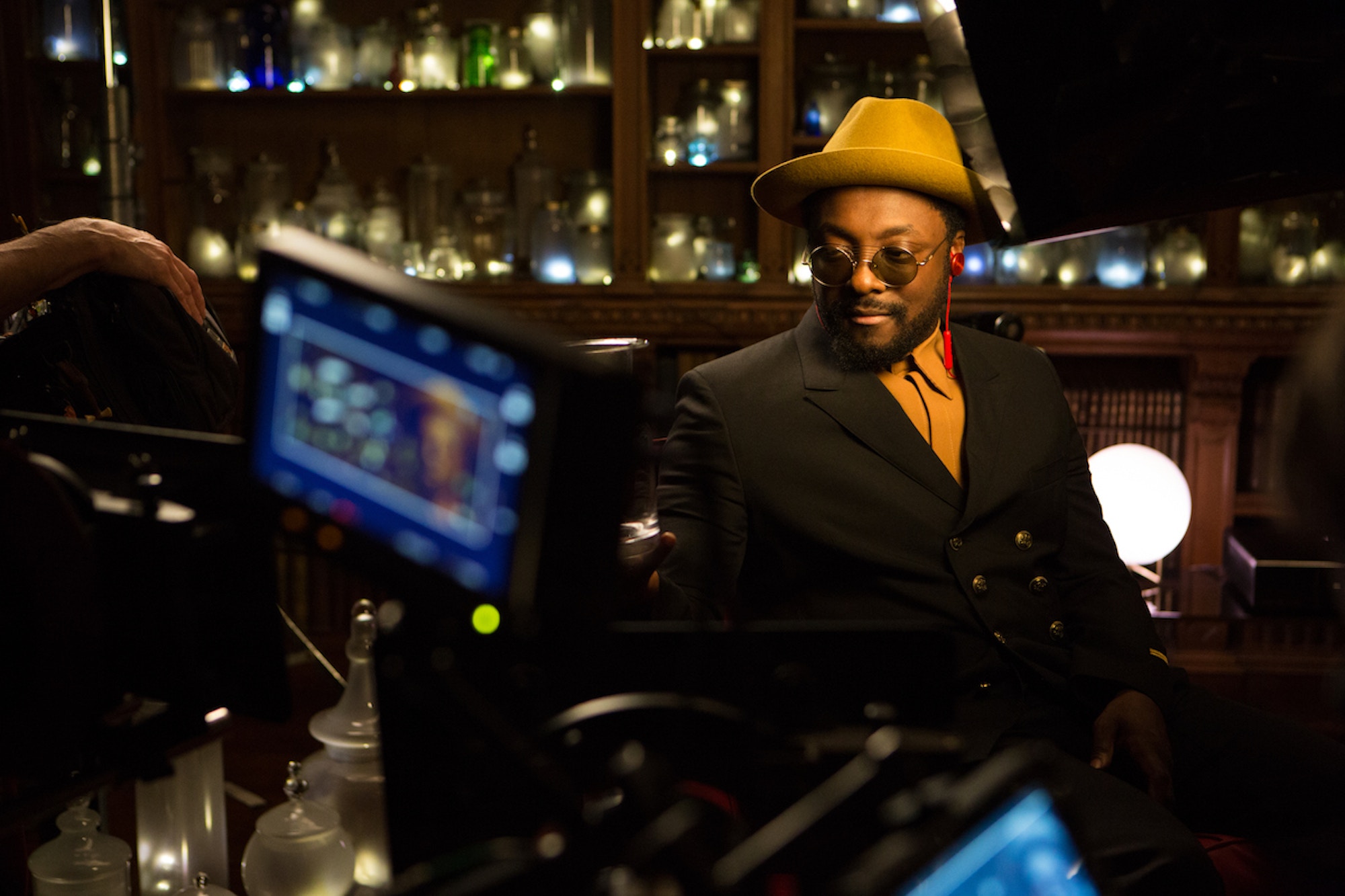 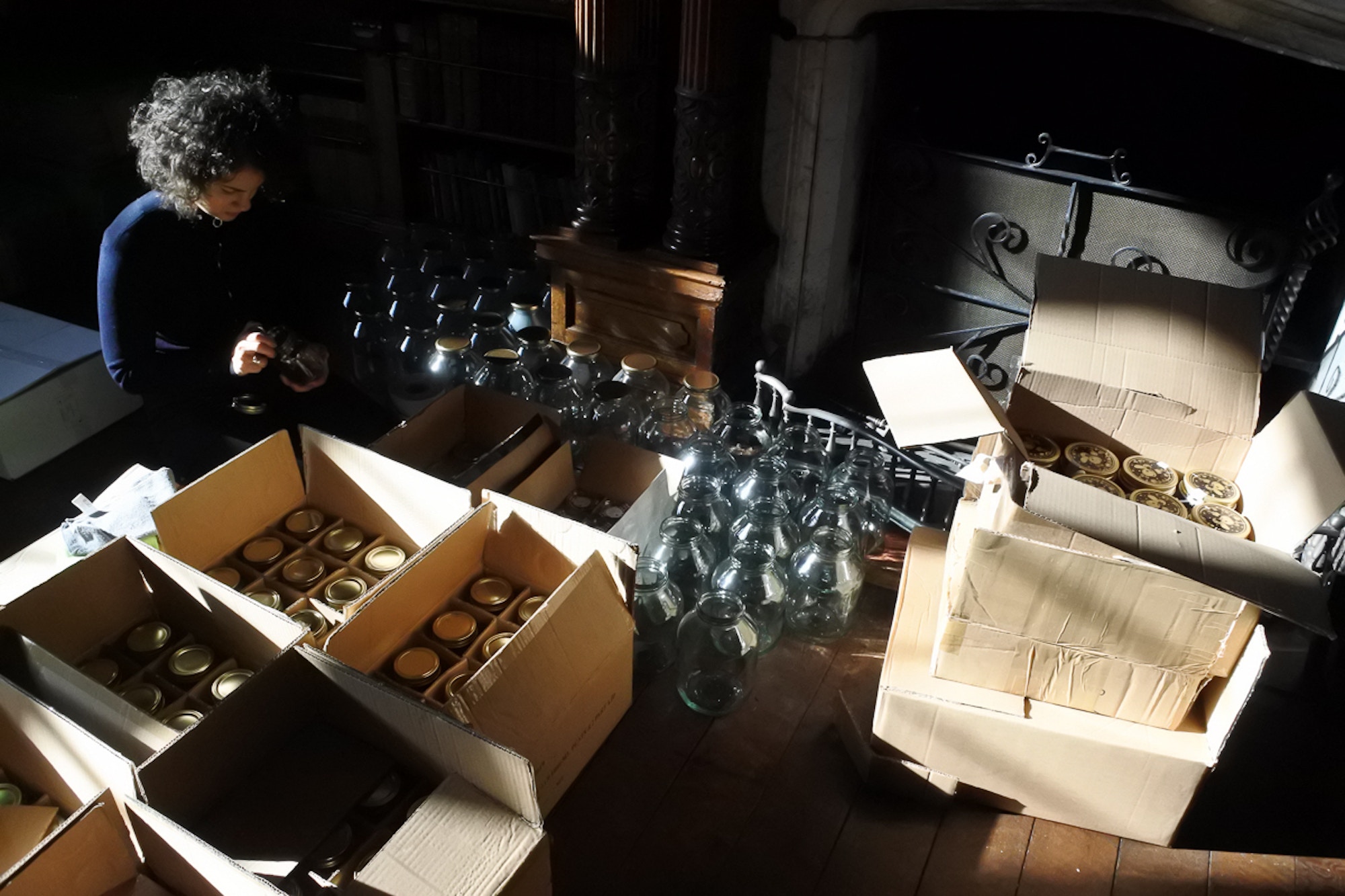 There are five of us currently in our core team. Bek and I (the Lord and the Whitney), Lins our producer, Jess our designer and Rufus our set builder. We are a very small core team and all tend to be involved in most jobs. We like it this way and we’re not planning to get any bigger just yet.

When looking for new team mates, we base it on vibes; we’ve learnt over the years that skills can be taught but personality can’t. As a small team, finding someone who slots in and feels part of the family is key.

We often use freelancers on larger scale projects. This can vary from a couple of assistants, up to a full production crew. We often collaborate with other studios, photographers, graphic designers, writers and musicians. We strongly believe if someone is better than us at something, we get them in to do it.

“As a small team, finding someone who slots in and feels part of the family is key.” 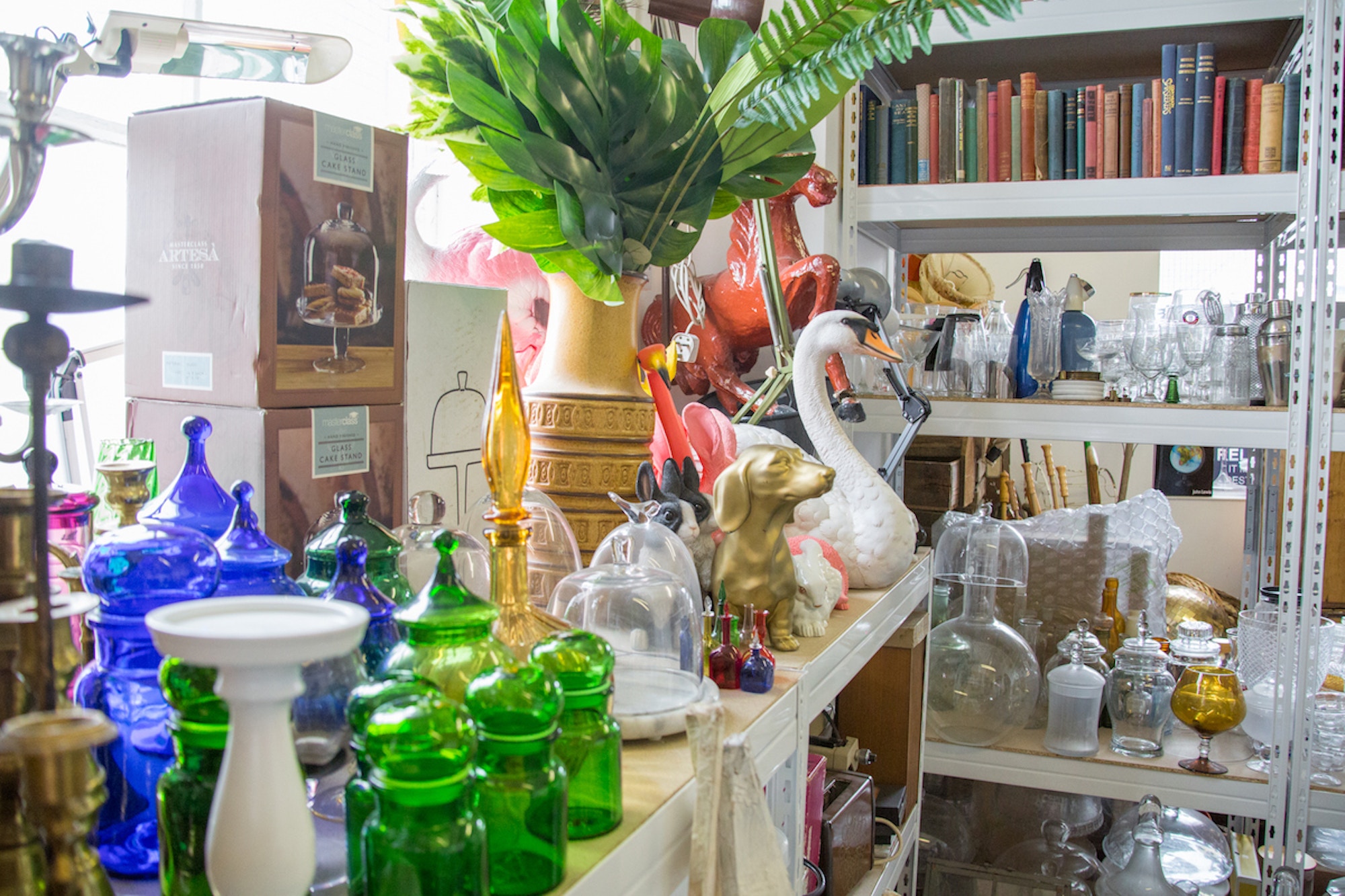 If the job goes ahead we then begin on the creative, and once we have a budget and a design signed off we then begin production. We try and do as much of the production in-house as possible, from prop sourcing and set building to logistics. We often have extra freelancers brought in at this stage too or sometimes outsource some of the builds to some fabricators, it completely depends on the job. The end result tends to be us loading vans and arriving on a shoot. At this stage our team size can range from four to 40, depending on the scale of the project.

In the past we have taken on interns and volunteers, but sometimes in busy periods it can be tricky to manage. We have so many people getting in touch and we want to help them all – we still remember writing those emails ourselves.

Working for free is also a tricky one; we don’t believe in using unpaid labour for commercial gain, but personally speaking, I’m not sure we’d be doing what we do if we hadn’t volunteered and met some fantastic people along the way. We see any sort of experience as very much a two-way relationship, and a way for us to build connections with emerging artists in return for contacts, time and great ’80s playlists! 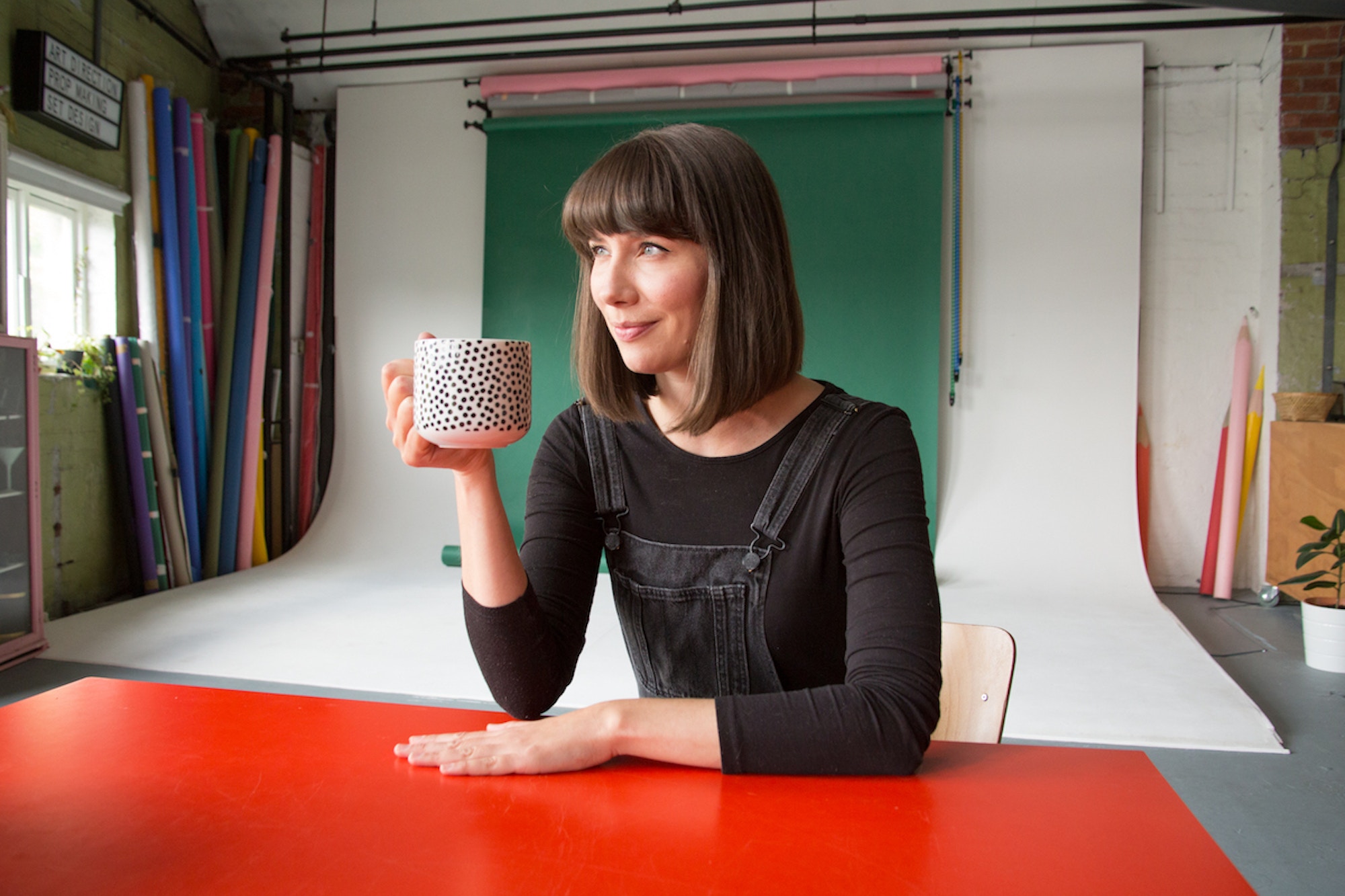 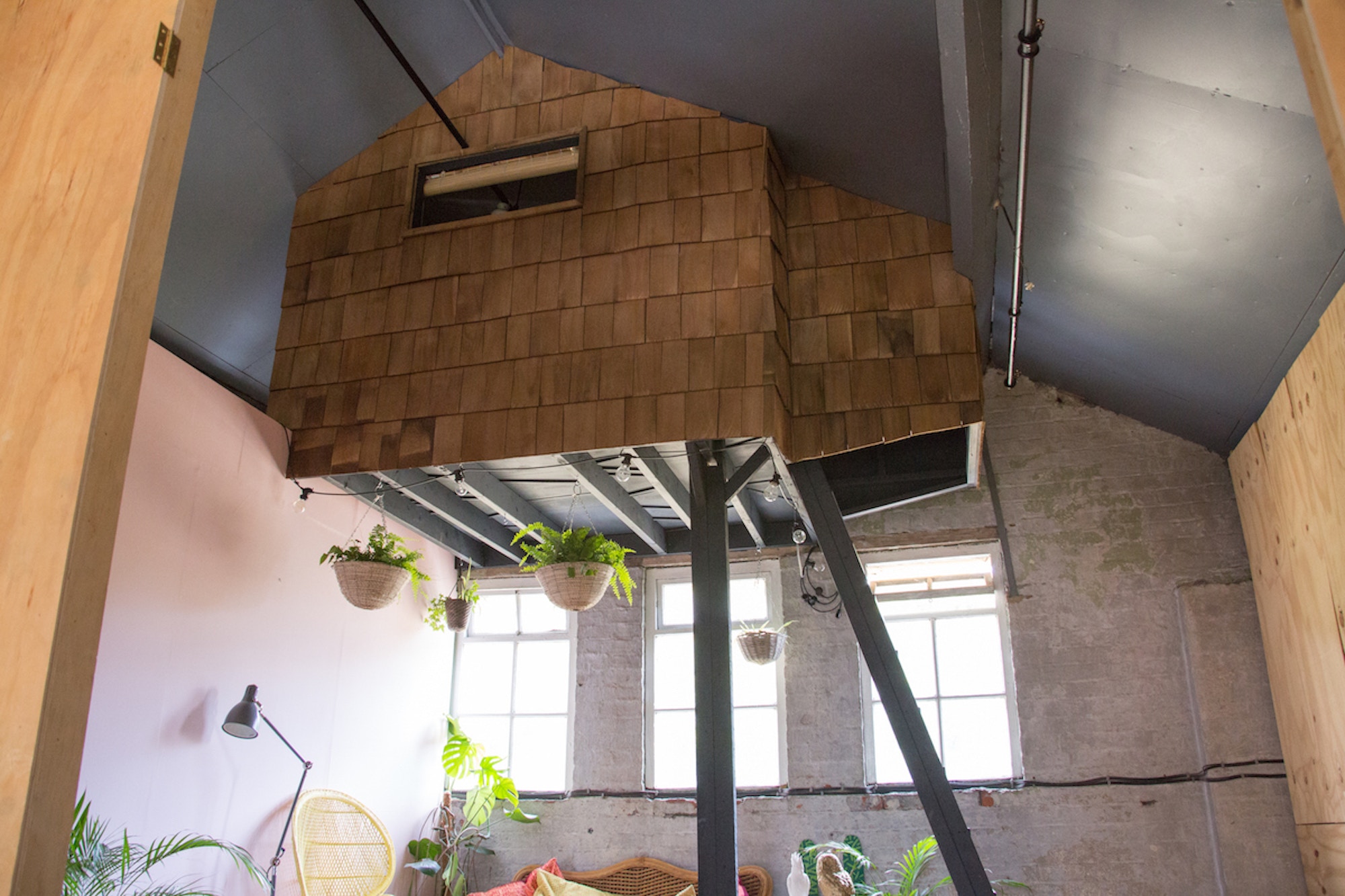 The treehouse inside the studio

The Environment and Culture

Our studio is based in an old mill in Leeds. Over the past seven years we have made it our home from home, taking over the entire three floors of the building. We have a full workshop, photography cove, prop store, meeting rooms, small jungle and a treehouse, alongside our main studio space. We work very openly, so we don’t have fixed desks but work around a big table, or in the office if we need to get our heads into budgets.

We have a well-stocked drinks trolley, costume cupboard and play all sorts of music. We also rent out the first floor to Prints of Thieves, a screen printing company, and Plaey Workshop – an incredible furniture designer and maker – is a resident in our workshop, alongside a number of other freelancers.

“Our main project as a studio tends to be the studio itself. This year, together with Studio Build, we are rebranding the mill as a creative space.” 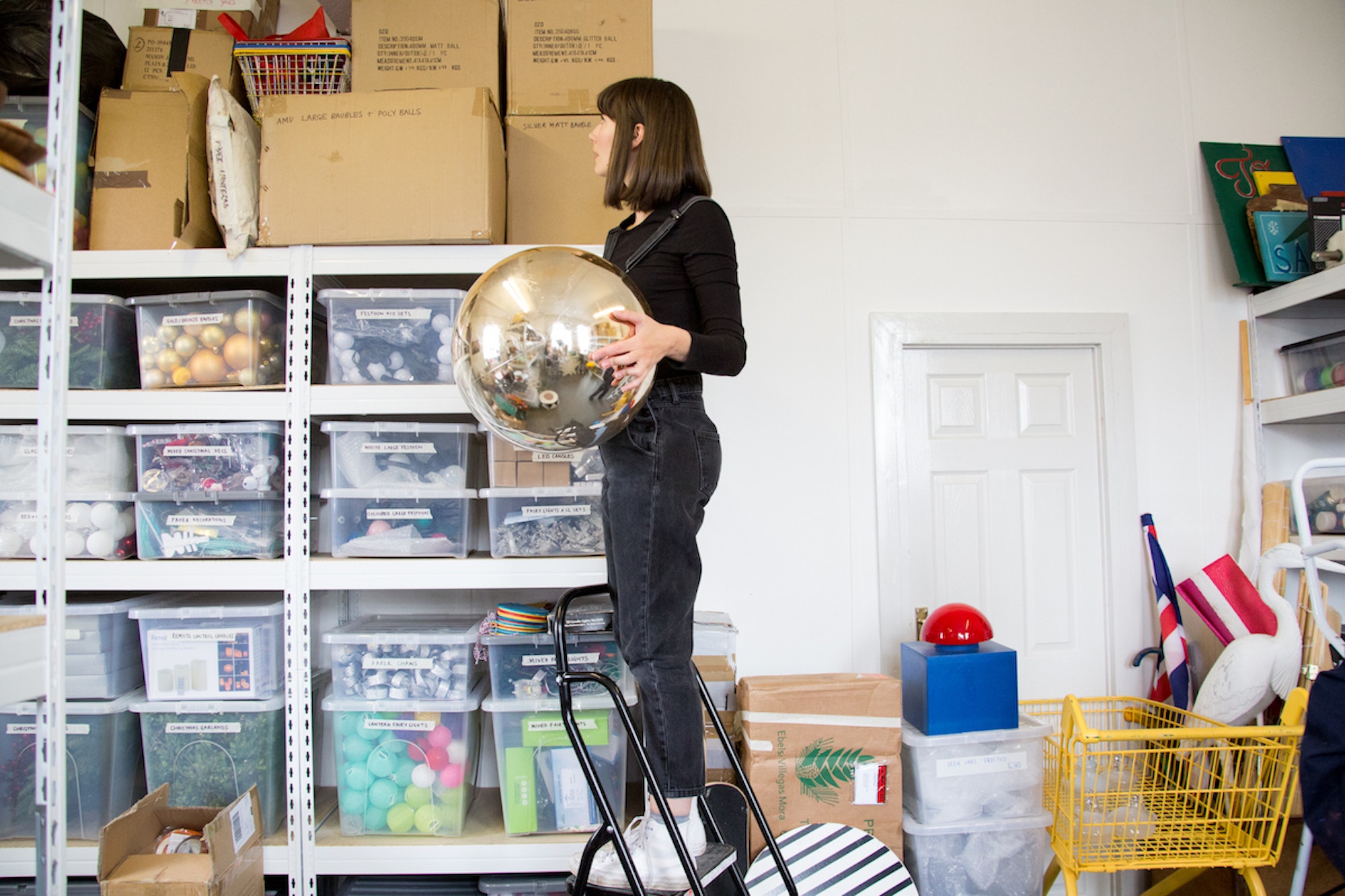 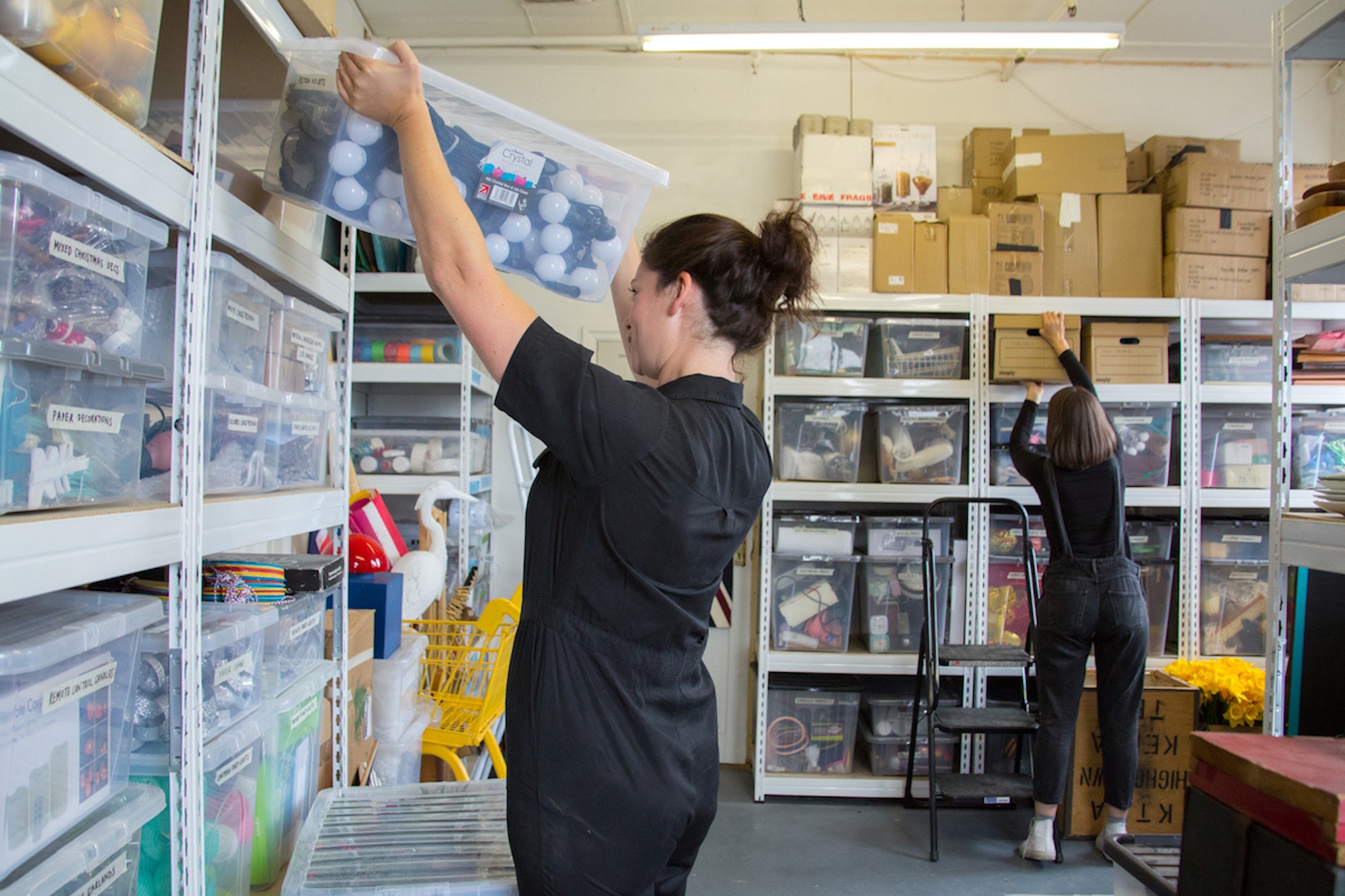 Although we love working on self-initiated projects, as we've evolved as a business, these have definitely become fewer. However, our favourite was a collaboration with illustrator Jack Hudson, called ‘Mock & Roll’ where we made twenty ’80s-inspired record covers and gave them to musicians to produce two albums.

Our main project as a studio tends to be the studio itself. This year, together with Studio Build, we are rebranding the mill as a creative space, and represent all the awesome people working under its roof.

We love the creative scene in Leeds and are so passionate about promoting and opening up the space for other creatives to use. We’ve also started an events series, including a series of film nights and discussions about inspiration. And not forgetting Conkerthon – our annual indoor conker tournament which seems to get bigger and more surreal every year. This year will see Whitney on the wheels of steal dressed as a squirrel, you heard it here first! 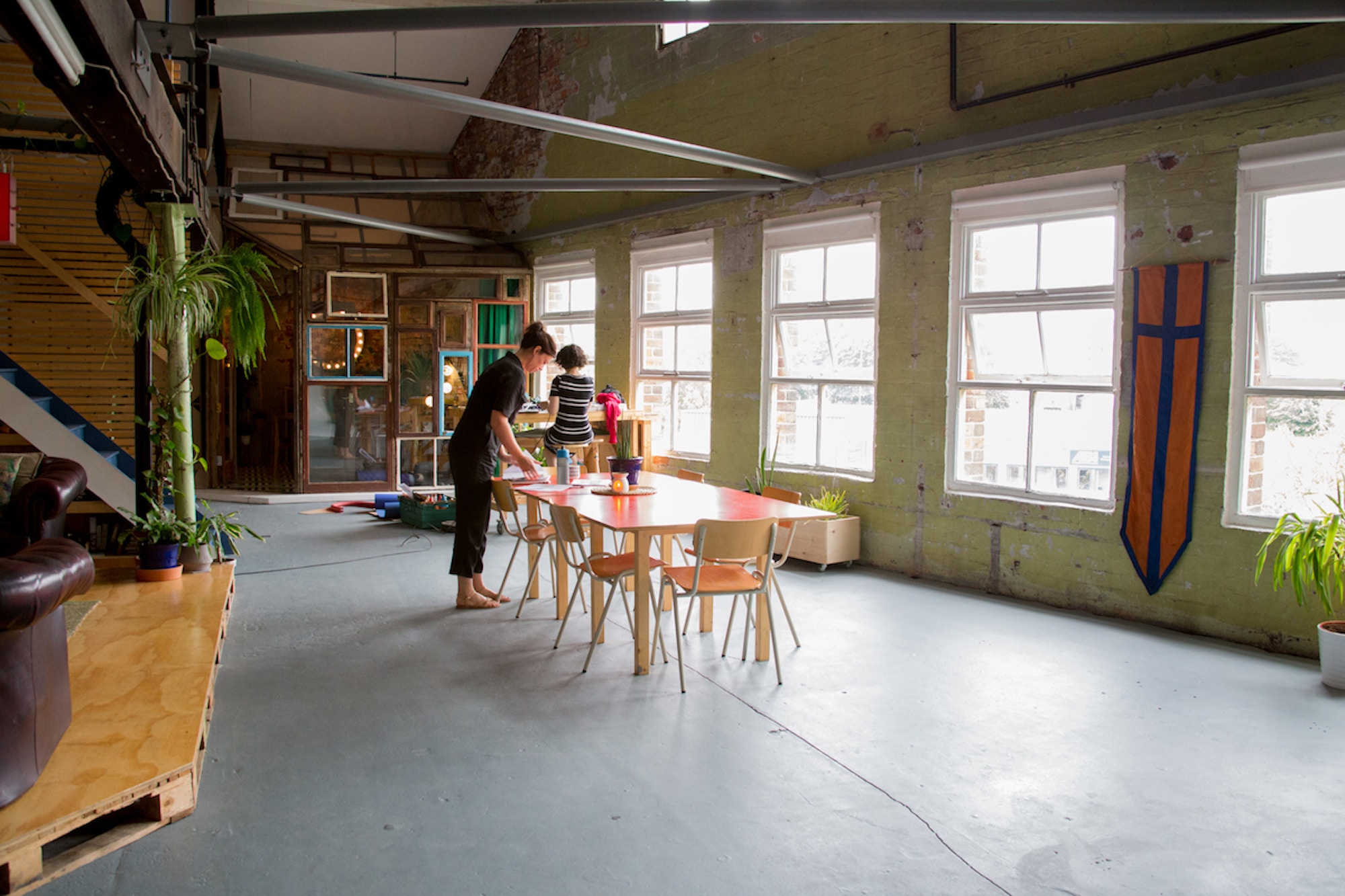