Creative Lives — Designer Laura Darby on attitude, being attentive and how every day is a school day

Posted 16 May 2017 Interview by Marianne Hanoun

Laura Darby first got a taste of life as a designer while interning at her cousin’s studio, Z3/Studio, in Birmingham. After graduating with a BA in Graphic Design from the University of Gloucestershire in 2013, she racked up an impressive roster of internships, spending time at Magpie Studio, LOVE, The Partners and The Chase before joining Brighton-based Studio Makgill on a full-time basis as a junior designer in 2015. From working on T-shirts and tote bags to bettering her own project management skills, Laura talks to us about attitude, being attentive and how every day is a school day. 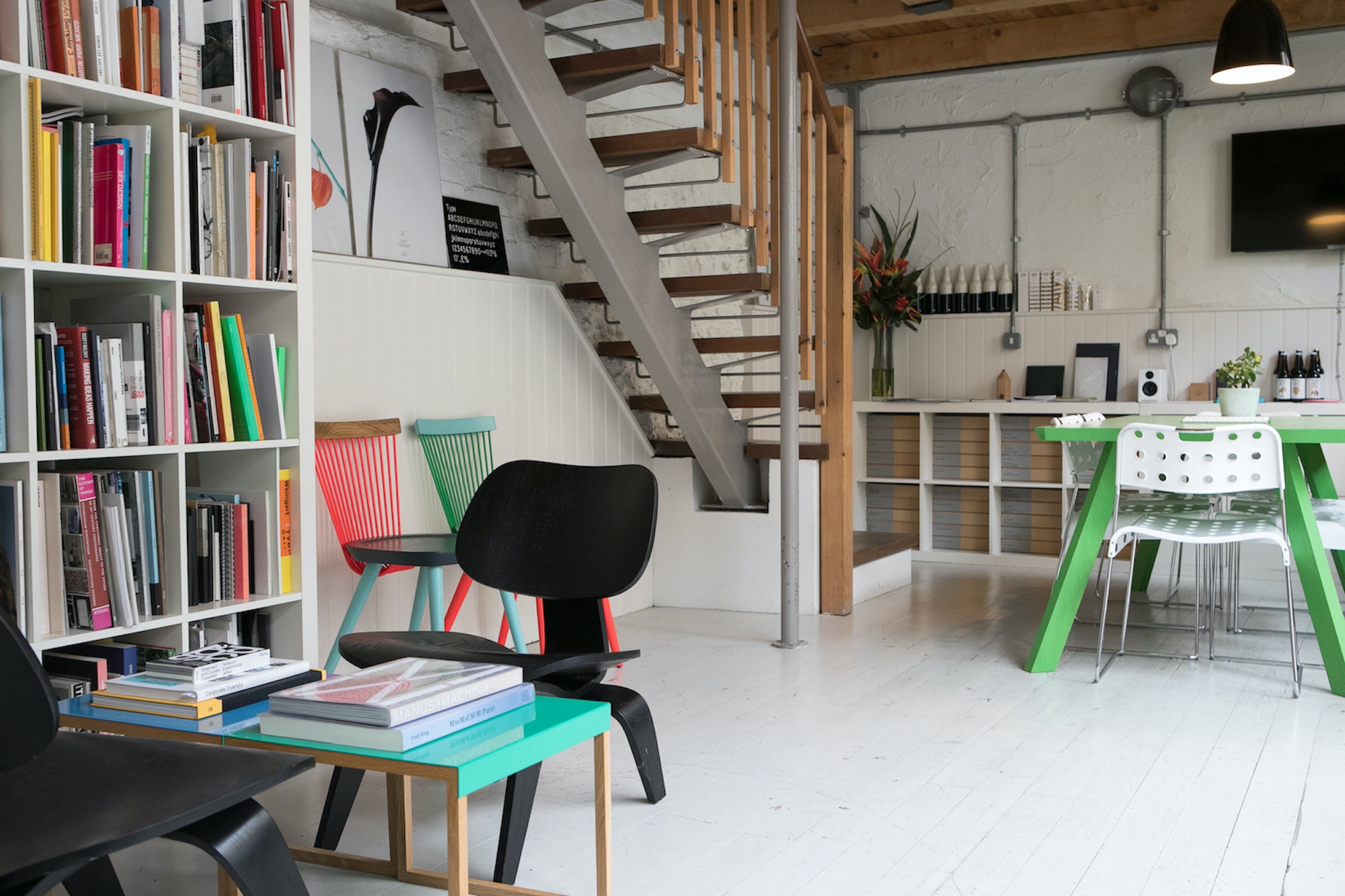 How would you describe your job?
I support the senior designers and my creative director as well as having my own projects to work on. The studio is made up of a small team, so my responsibilities vary. I feel this not only makes me a better designer but also allows me to develop some project management experience.

What does a typical working day look like?
My average day starts with a 15 minute walk from my home in Brighton to the studio. Monday starts at 9am with a production meeting that tells me what I’m working on during the week. Lunch is then at 1pm. We have studio lunches from time to time but we usually do our own thing which gives everyone a break from the studio. 4pm hits and the munchies come out: coffee, biscuits and even more biscuits. We tend to finish at 6pm unless we have a deadline or want to stay longer to work on a project. No one is encouraged to stay late if we don’t need to. It’s important to give yourself time to rest and come back to an idea with a fresh mind. On Fridays we finish at 5pm and have drinks in the studio before dispersing home or to a local pub.

“Artworking is the most frightening part of the creative process. If you get it wrong, it can be very expensive.”

How did you land your current job?
I came to intern with Studio Makgill after working as a freelance designer in London and Birmingham. I had always wanted to work for Hamish and jumped at the chance when I saw the ad on the It’s Nice That jobsboard. I can’t say I know why I was chosen but I am by nature very enthusiastic and hard-working, which I feel put me in good stead for working in a small studio.

Where does the majority of your work take place?
In the studio and in front of my computer or discussing ideas at the table downstairs. I’ll occasionally spend time off-site if there are client exhibition installs and events. 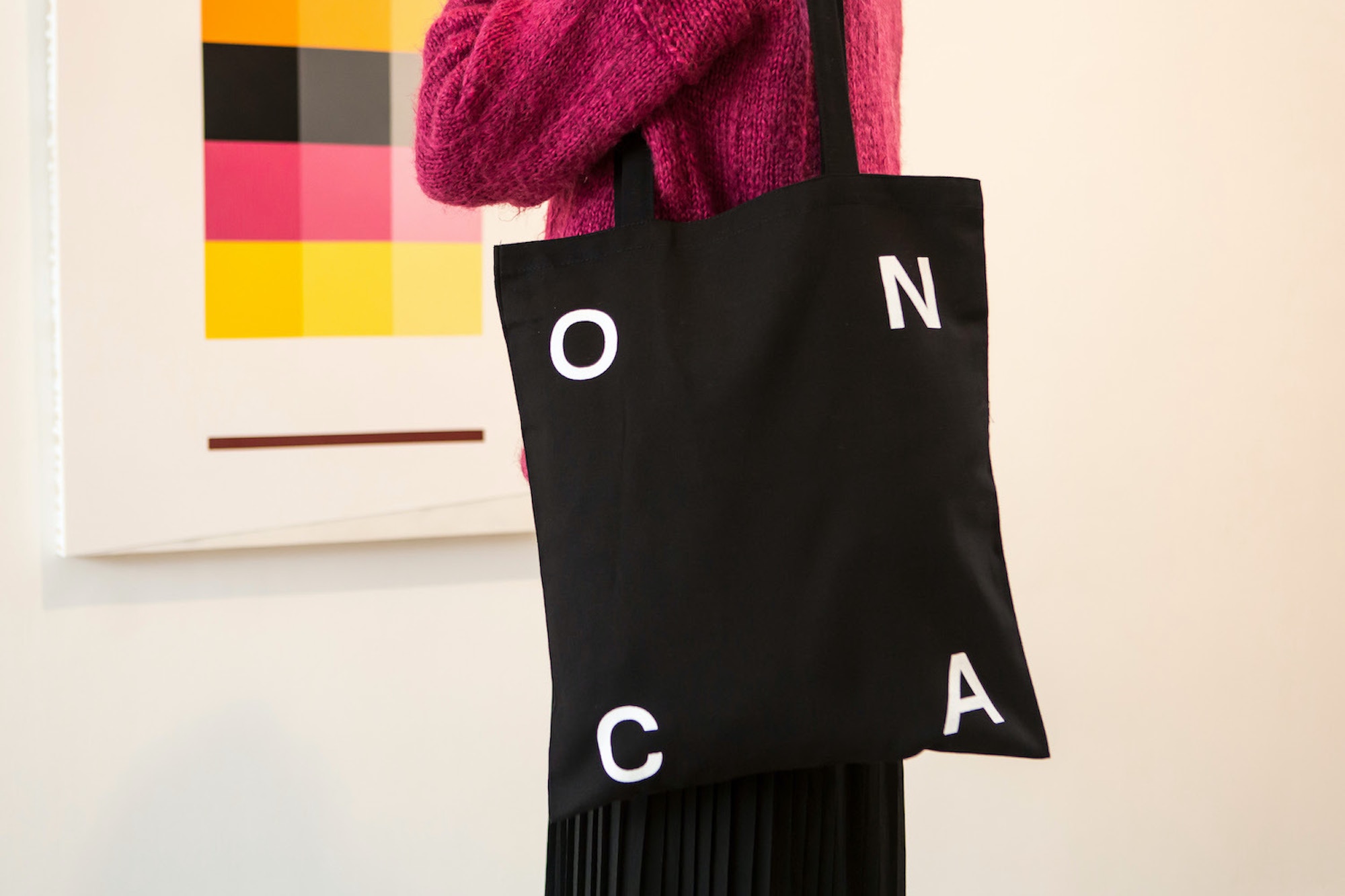 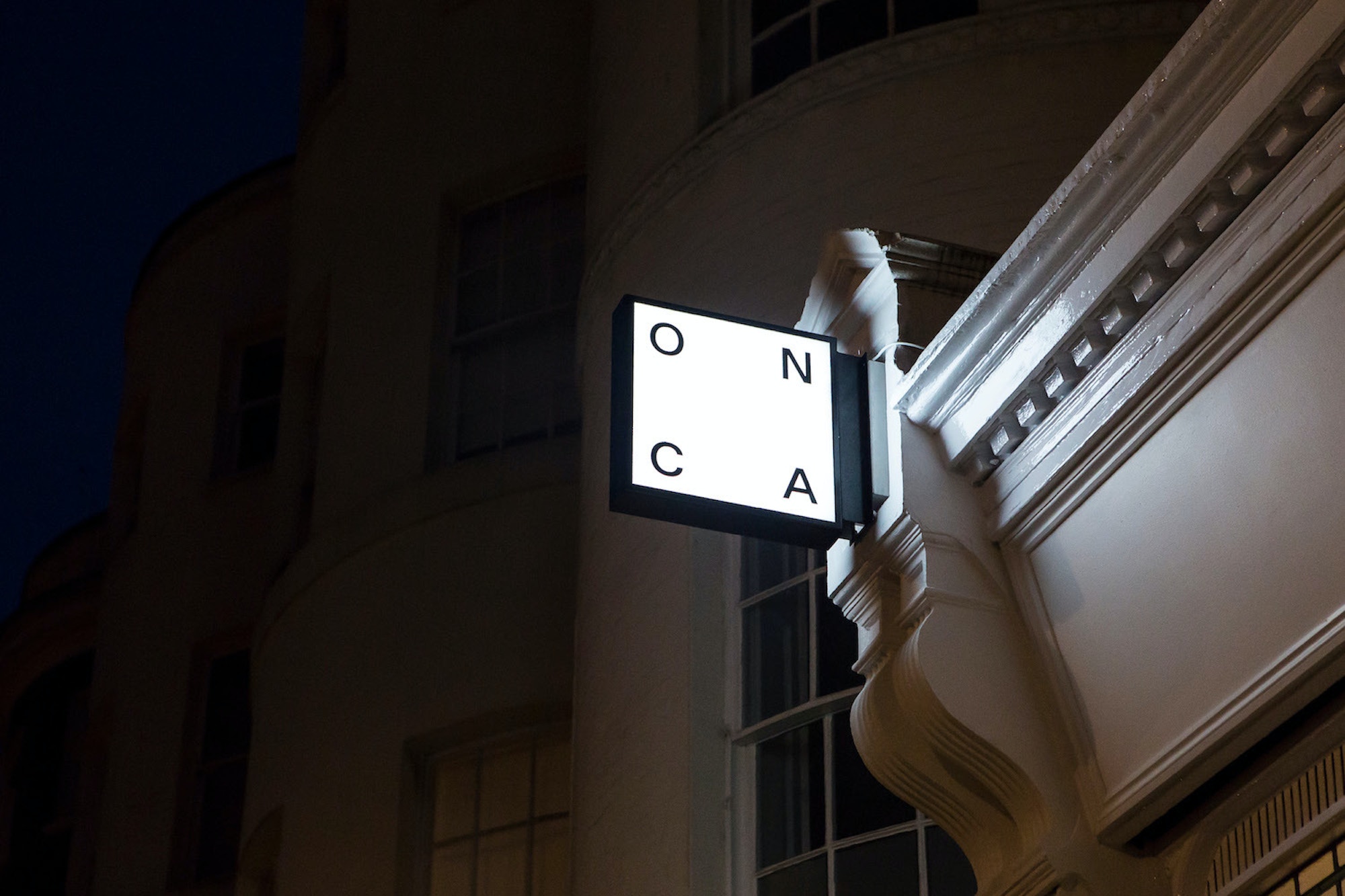 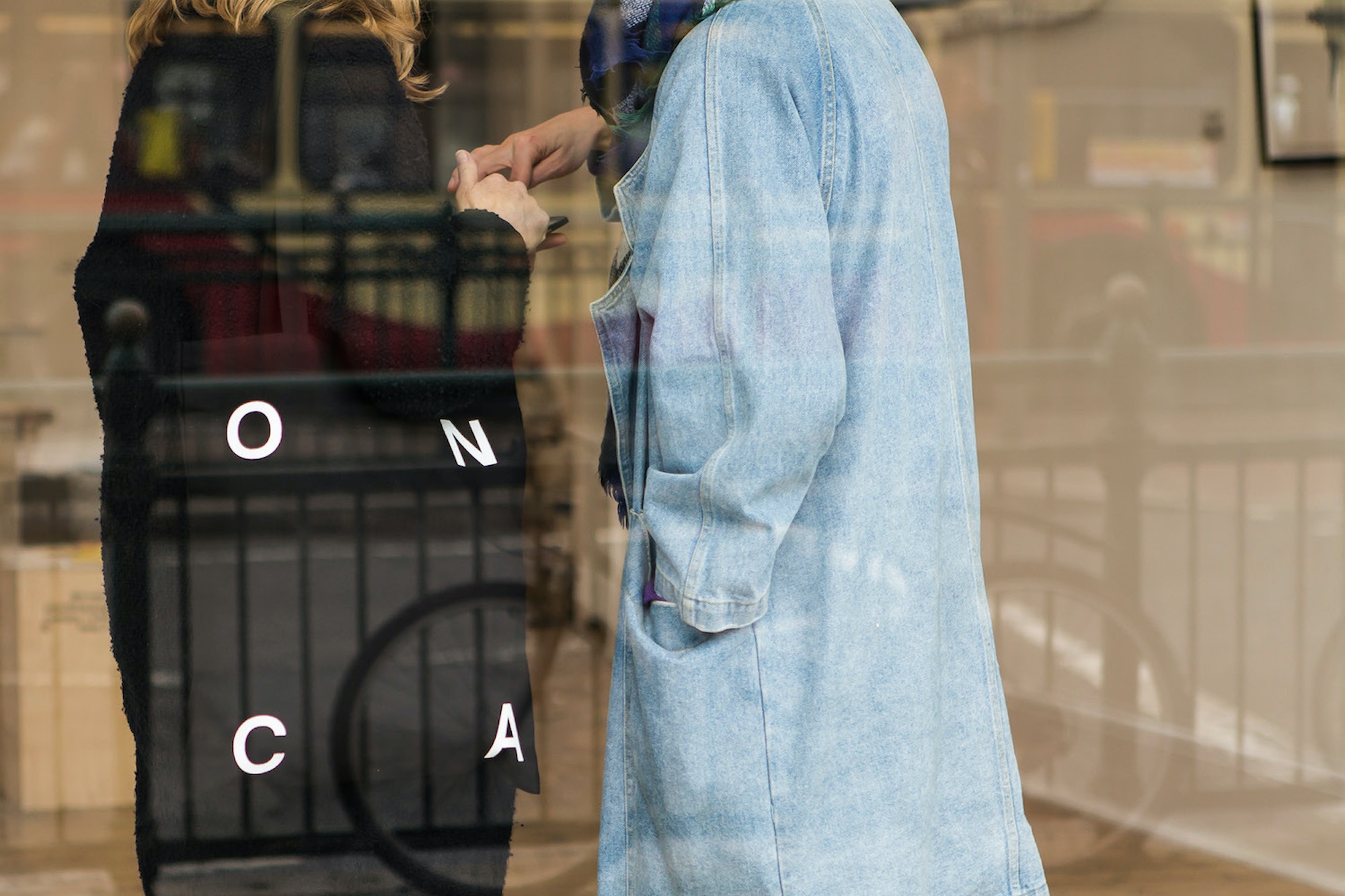 How collaborative is your role?
I work with everyone in the studio. Whether it’s discussing timings and developments with my project manager or showing my progress on a project to my creative director.

What are the most and least enjoyable aspects of your job?
The most enjoyable is working on the start of a project. It’s fascinating to see how differently everyone interprets the brief. I don’t particularly dislike any tasks, but I would say working on projects with less creative clients can be less enjoyable, but that’s part of the job – every studio has its bread and butter work.

What has been the most exciting project of the last twelve months?
One that comes to mind is ONCA, a local gallery that we re-branded. I worked with my creative director on the core aspects of the brand including the logo and brand positioning. I then created and delivered a wide range of deliverables for this from t-shirts and tote bags to signage. It was the first project I had managed and worked on predominantly alone. It was a major learning curve and I feel like a more well-rounded designer for having done it. 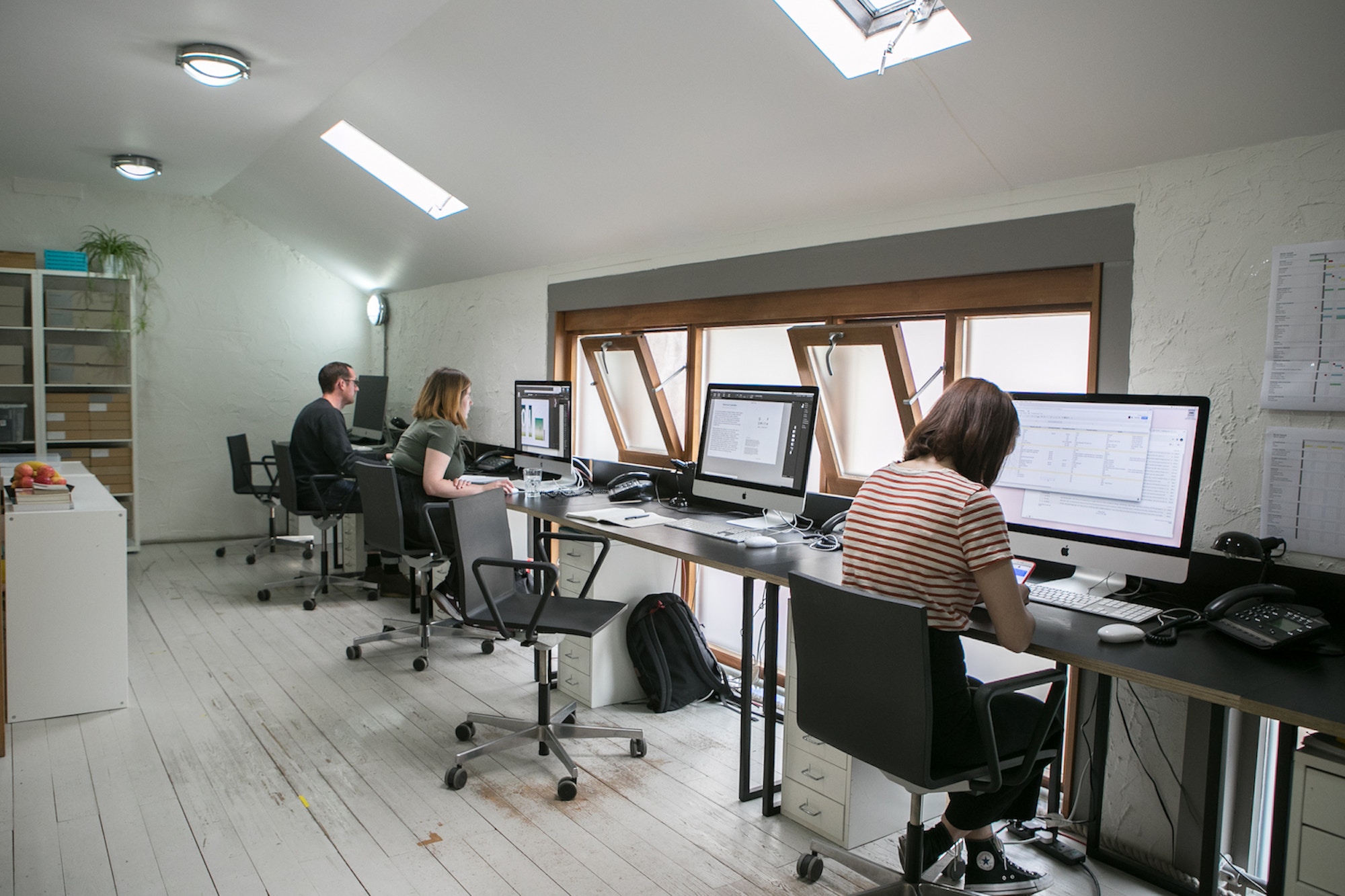 What skills are essential to your job?
Enthusiasm, having a positive attitude and paying attention to detail. Plus a good taste in music.

Would you say your work allows for a good life-work balance?
Yes. It’s not always easy to separate the two, but I think I’m getting better at this the older and more experienced I become.

What tools do you use most for your work?
Apple Mac; laptop; iPhone; Fuji camera; Clear; Trello; Harvest; Adobe (InDesign, Illustrator, Photoshop, After Effects, Bridge, Acrobat); notebook; pens; highlighters; ruler and a scalpel.

What did you want to be growing up?
A fashion designer or a furniture maker.

How (if at all) is the subject you studied useful to your current role?
I studied graphic design, I am now a graphic designer. My studies proved very useful.

What were your first jobs?
My first internship was with my cousin, Scott Raybould at his studio, (Z3/Studio) in Birmingham. I worked with him regularly throughout university before starting alternate internships when I graduated. It allowed me to see what a career as a designer would be like and what my day to day tasks would be.

“The biggest misconception is that you’ll immediately start working on big projects and spend all day working on ideas.” 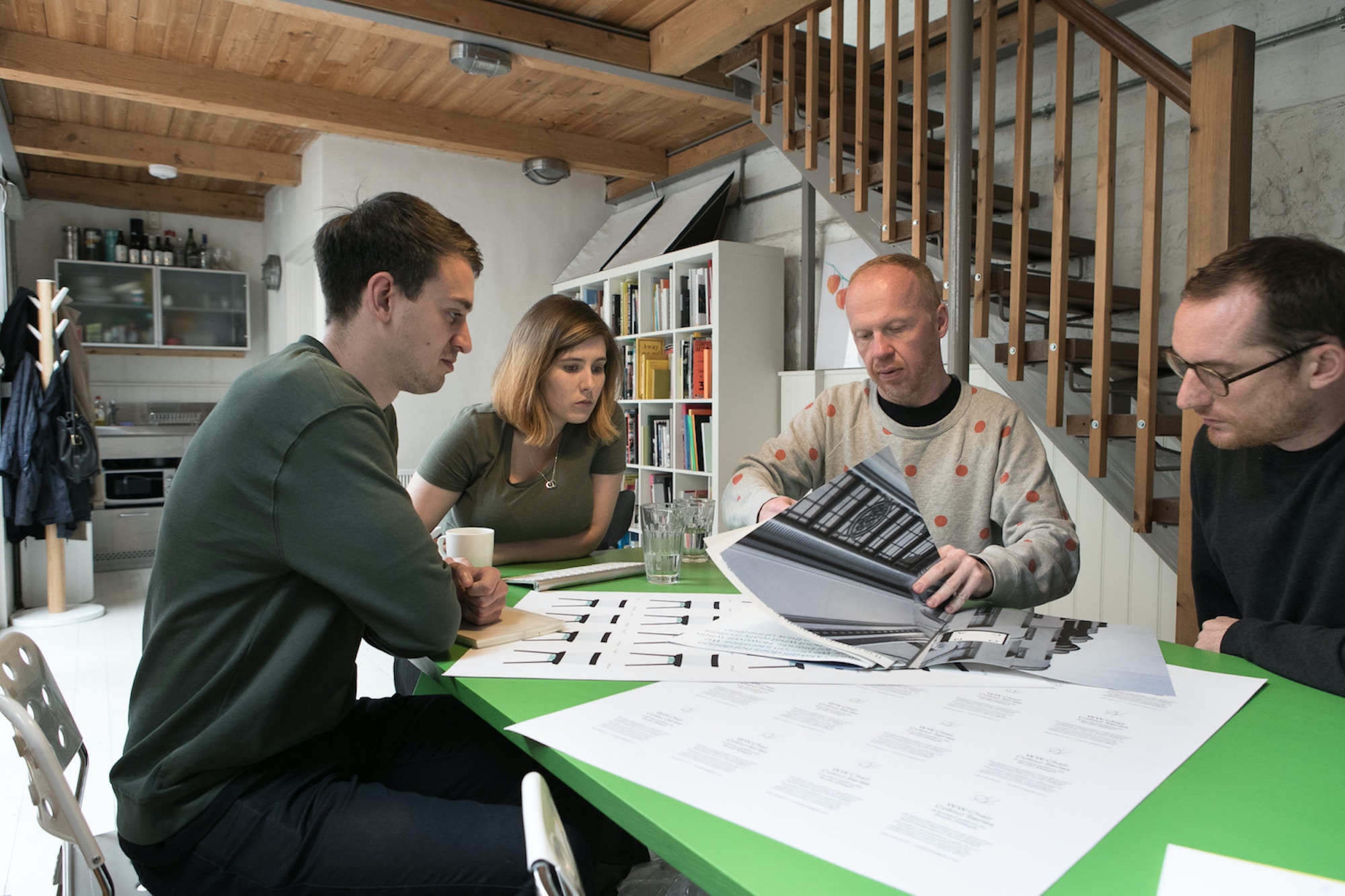 Laura and the team at work

Was there anything in particular that helped you at the start of your career?
My cousin. He’s the person I have to thank for introducing me to graphic design. He owns his own graphic design studio in Birmingham and mentored me while I was on my foundation course. I would also say Hamish; his support at work has allowed me to progress and evolve as a designer. I couldn’t have asked for a better place to start my career.

Was there a particular project you worked on that helped your development?
Whilst interning at Magpie Studio in London, I assisted on the interior branding of the Mondrian Hotel, Sea Containers. It was the first time I had worked on a project of that size and scope. The team worked on the branding for the Dandelyan Bar, Rumpus Room and Sea containers restaurant, as well as working on many other areas of the hotel. It helped to develop my understanding of how larger projects operate and how the creative process gets squeezed by demanding deadlines and tight budgets.

“We are blessed to work in a varied and exciting industry, embrace that.”

What skills have you learnt along the way?
Many – creative and administrative. I would say the most important skill I’ve learnt so far is how to organise and project manage. It’s a skill that doesn’t come naturally to me, but now that I’m more confident, it’s helped in all aspects of my work.

What’s been your biggest challenge?
Artworking. It’s the most frightening part of the creative process. If you get it wrong, it can be very expensive. We have a very strict process here where all artwork is checked by two people, which normally irons out any issues before it gets sent to print. I have made mistakes, but thankfully none of them have been sent to print!

Is your job what you thought it would be?
Yes and no. The biggest misconception is that you’ll immediately start working on big projects and spend all day working on ideas. In reality you have to multitask and be able to work and think quickly on many projects at the same time. You need to use your intuition and know how to prioritise. 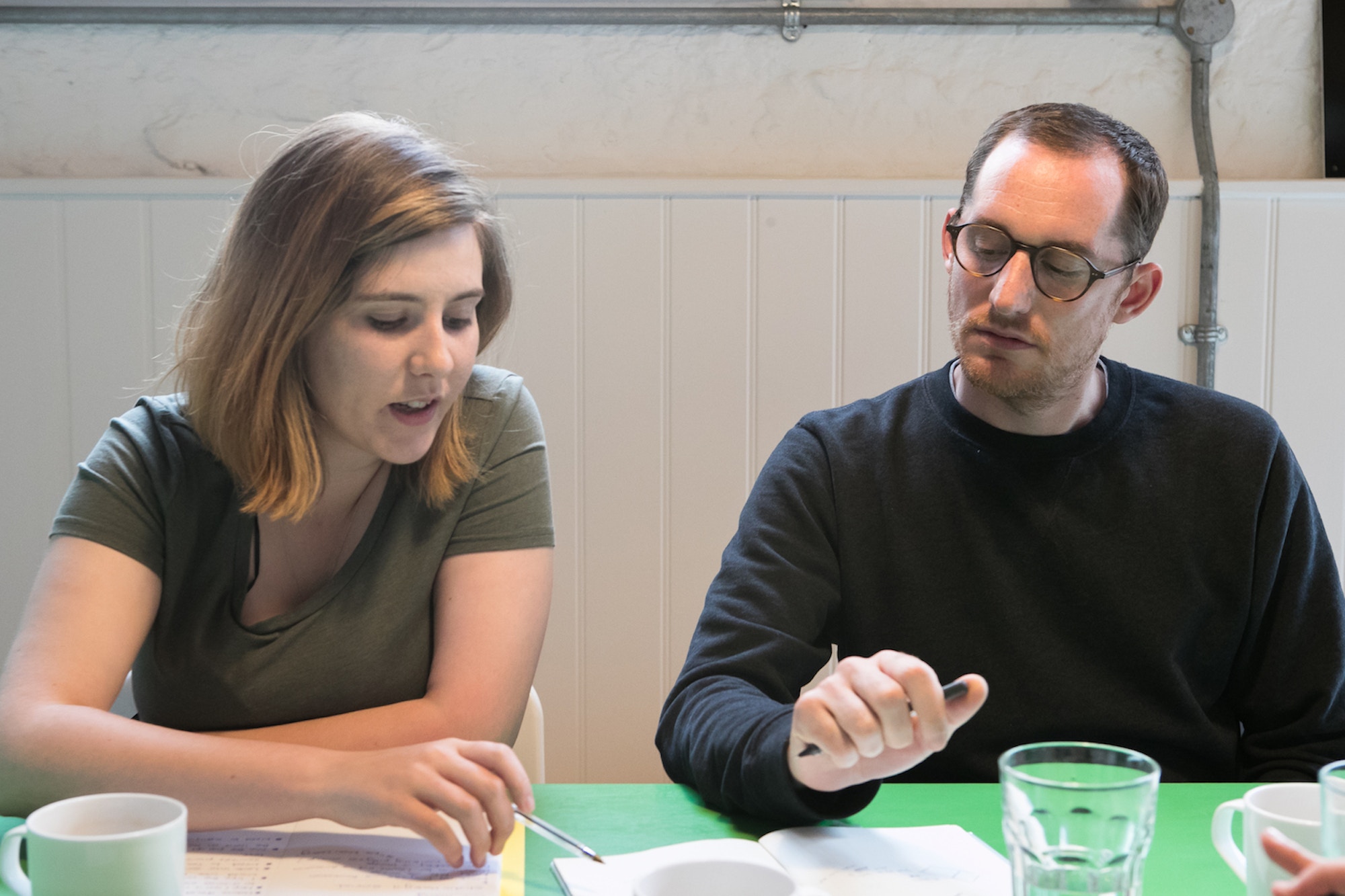 What would you like to do next?
In the future I’d like to travel before going back to university to do a masters in Visual Communication. I would love to be more active in helping to improve and develop design education in the UK, especially as I am learning so much in my role at Studio Makgill. I feel there are many aspects of design education that need improving. Ideas and organisational and craft skills should be at its core, and it should attempt to broaden your mind as to what the definition of graphic design is, and what it can do.

Could you do this job forever?
Yes, I love my job. I work with brilliant people that have taught me so many skills – I never stop learning. Every day is a school day.

What do you feel is the natural career progression for someone in your current position?
Moving up to a middleweight position and taking on more responsibility within the studio.

What advice would you give to a young creative wanting to become a designer?
Work hard, be positive and enjoy it. We are blessed to work in a varied and exciting industry, embrace that.

Apply your skill set to more than one thing: Digital designer Yuli Serfaty

Junior designer Ned Image on the importance of seizing every opportunity