Originally from Estonia, Lana Simanenkova is a senior creative at animation studio Animade. Having initially joined the studio on an internship position, she was swiftly made a full-time employee while the team was still small, and is now in her fourth year. But the path getting there wasn’t necessarily so smooth. Feeling somewhat directionless after graduating from Middlesex University, Lana tells us how she navigated the blur of post-graduation life. From weeding out unpaid internship opportunities and being selective about who to email, to taking advantage of all that working in a small studio can offer, Lana shares her thoughts on breaking into the industry – without compromising too much on the things that are important to you. 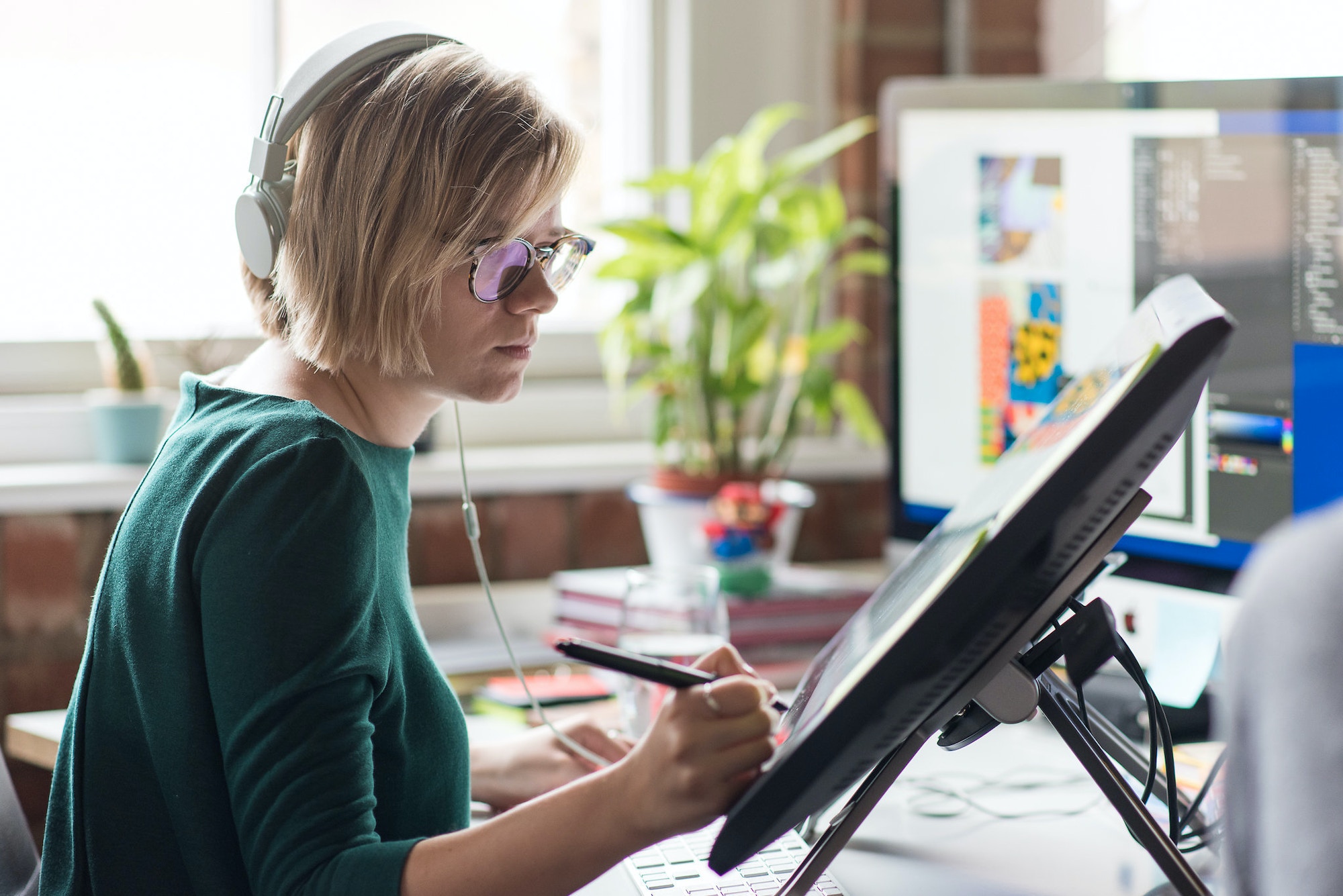 Graduating with no plan
When it was coming towards the end of my animation course, I had no idea what I wanted to do next. It was tricky because we didn’t have that many classes on what we could do with our skills. We had guest lecturers in all the time, talking about their work and how they succeeded, but it was never about how they made it financially, or how they made it viable.

Even now, no one really talks about rates openly, so it was very murky waters. I knew that my skills were in 2D frame-by-frame digital animation, but I knew it wasn't good enough to go into a job straight away. During my studies I had done a few commissions, but I was putting in so much work and not getting much back financially. That was the point where I thought freelancing just didn’t seem like a viable option. So I decided I needed to go in-house at a studio to get experience, so I started applying to internships.

“Whenever I’d find out an internship was unpaid, you could tell that they didn’t really care about their interns as much.”

At that time, five years ago, internships were mostly unpaid, but I didn't have any kind of back-up finances to be able to afford that. In a way, I’m glad that this was my situation, because whenever I went to an interview where I’d find out that the internship was unpaid, you could tell that they didn’t really care about their interns as much.

When I was applying for these positions, payment wasn’t something that was stated in the advertisement. They would call it an internship, but they wouldn’t say what they offered in return, so you would have to go for the interview to actually ask these questions. I went for about five interviews and all of them were unpaid, and some of them were for bigger studios.

Lana’s walk cycle, which she used to apply for the internship at Animade

Landing an internship with Animade
I had followed Animade’s work for quite a while, as what they did was really in line with what I wanted to do. When I applied to intern with them, I found out it was paid at the minimum wage, and luckily I managed to land a three-month internship.

Before the interview, Animade did a call-out online and asked people to submit the usual stuff, like your CV and why you want to work with them, but they also asked for a little walk cycle (because this is a very good barometer for how well someone can animate). From talking to them afterwards, I think what they liked about mine was that it caught their eye; usually people do walk cycles from profile view, but I did it from a different perspective, so it looked a bit different. Plus, I think my work was really similar to what Animade was making at the time, and I put funkier music to it than I usually would, as I knew they would respond well to humour.

The perks of interning at a small studio
Before I got there, I was really stressed out at the thought of Animade being a bigger company than it was. But when I arrived, it was Tom and Ed, the creative directors, and Carmen, an animator, which made me feel a lot more at ease. I was also slightly worried, as Tom and Ed are both British, that I might end up saying something rude or incorrect, especially in client meetings (as English is my second language).

I thought I would be asked to do really menial things, like tea rounds and making notes from meetings, but I was trusted enough to be working on projects straight away. I was really surprised to be animating scenes for big clients so early on. This scared me, but it also made me feel like I was in the right place. Everyone was really nice, and no one had an ego or tried to push their ideas on someone else. It’s made me realise how important it is to build working relationships, and it makes such a difference if you’re easy to work with.

Because I started when the creative team was small, I had the opportunity to influence the in-house style, in a way – and I think there’s definitely space for that if it’s a smaller studio. If it's a really big studio, that might be slightly difficult. At Animade, there’s also a really big emphasis on personal projects. We will do this work because we love making it, and there are no client pressures. However it also gives you the opportunity to show clients, and see if they want something similar in the future; and when they do, it’s an amazing feeling.

My advice on applying for an internship
Whenever I talk to students, they usually ask how to get into a studio, and they’re often more worried about getting the experience, than being able to work in a way that suits them. But I think it’s important to apply for the right places – rather than just frantically applying for everything.

“It’s important to apply for the right places – rather than just frantically applying for everything.”

You have to really consider the place that's most suited to your taste and style. Also remember that if your portfolio looks a certain way, that’s the kind of work people will want you to do more of. If you show all 3D work, no one’s going to ask you to make a hand-drawn film. Try not to take an internship or job that means completely letting go of your own style. Similarly you don’t want to do something that doesn't bring you any joy. I think it’s about considering what you’d be proud to put in your portfolio.

We had one person who applied for an internship here who made a homage to an Animade project that they really liked, and it was amazing. They actually ended up getting the internship mostly through that. But that’s not always the case with successful applicants – you don’t need to create a special animation, it can be just a nice, friendly email.