With a computer engineer for a father, it’s no surprise that Kim Boutin spent her early teens deep in CSS, designing and building websites. The Paris-born and educated art director started out selling everything from baguettes to bodysuits, before climbing up the design and e-commerce ladder at various agencies. She’s since swapped Paris for London to become one half of DVTK, the digital studio she co-founded with her partner David Broner – a shift that has seen work and life become more ‘blended’ rather than balanced. From virtual nail salons to maze-like landscapes, together they make virtual worlds for clients including Dior, WAH London and Fiorucci. Kim talks early influences, learning to be less stubborn and life in London. 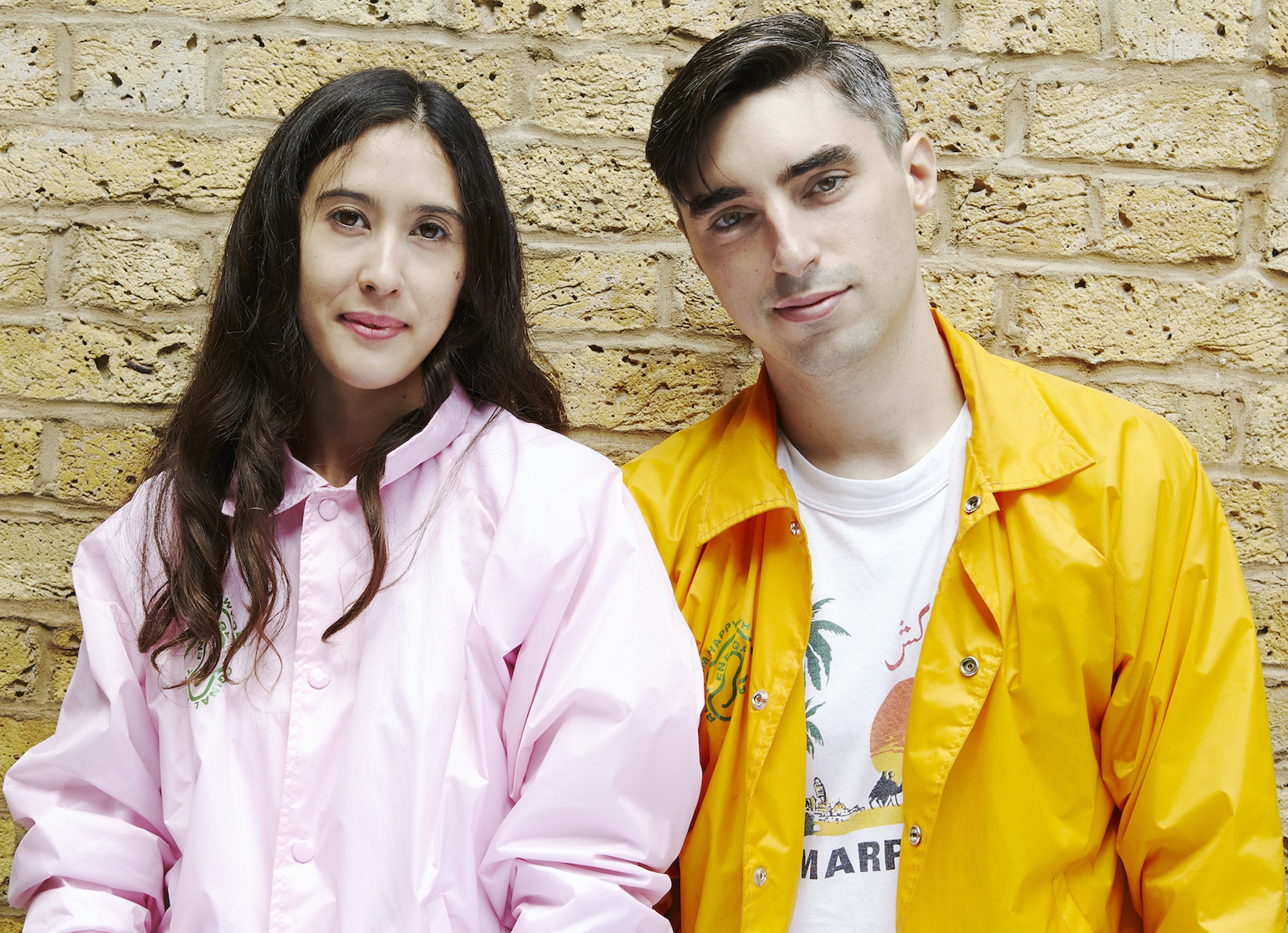 How would you describe what you do?
I am one half of DVTK – a digital studio I launched in 2015 with my partner David Broner. Together we build virtual worlds for fashion, luxury, beauty and lifestyle brands. Our professional backgrounds are different, so as a creative duo we combine our expertise. David used to work as a 3D artist, whereas I come from a web design and e-commerce background. We design everything together, but David tends to focus more on storytelling and animation, while I am more into user-interface design and problem-solving.

What does a typical working day look like?
We work from home, where we have a dedicated room that serves as an office. We usually start when our assistant arrives at 9.30am before making ourselves coffee and discussing the tasks of the day. We spend quite a lot of time in front of our screens, so we try to have a proper break at lunch time by leaving all screen devices in the office room. Working from home certainly has some drawbacks, but I also greatly appreciate its advantage: notably, it allows us to cook ourselves meals and sit around a table for lunch.

“We thought having a studio was like being a freelancer but with a logotype!”

A screen recording of a website DTVK created for fashion brand Hanger, featuring an interactive chart

What do you like about working in London?
London has been essential for the launch of our studio. We moved from Paris to here to make it happen, and I tend to think it wouldn’t have been possible anywhere else in the world. Upon arriving, we joined Studio Three in Dalston, where we’ve met very talented designers. Since then, we’ve moved a few times (mainly because of rent increases – one of the biggest setbacks here), but this meant meeting so many more interesting people. Being in London is nothing like Paris. It feels empowering, like being at the centre of the world.

How does your project-based work usually come about?
Over the past two years, we’ve been lucky enough to be contacted by clients directly, so we did not have to search for projects. Since we still don’t have a proper website, most of the time people hear about us by word of mouth.

How collaborative is your work?
It has collaboration at its core! Firstly because I work as a duo with David, but we also collaborate with developers, motion designers and graphic designers on projects.

DVTK created a virtual reality nail experience, as part of an installation for WAH Nails 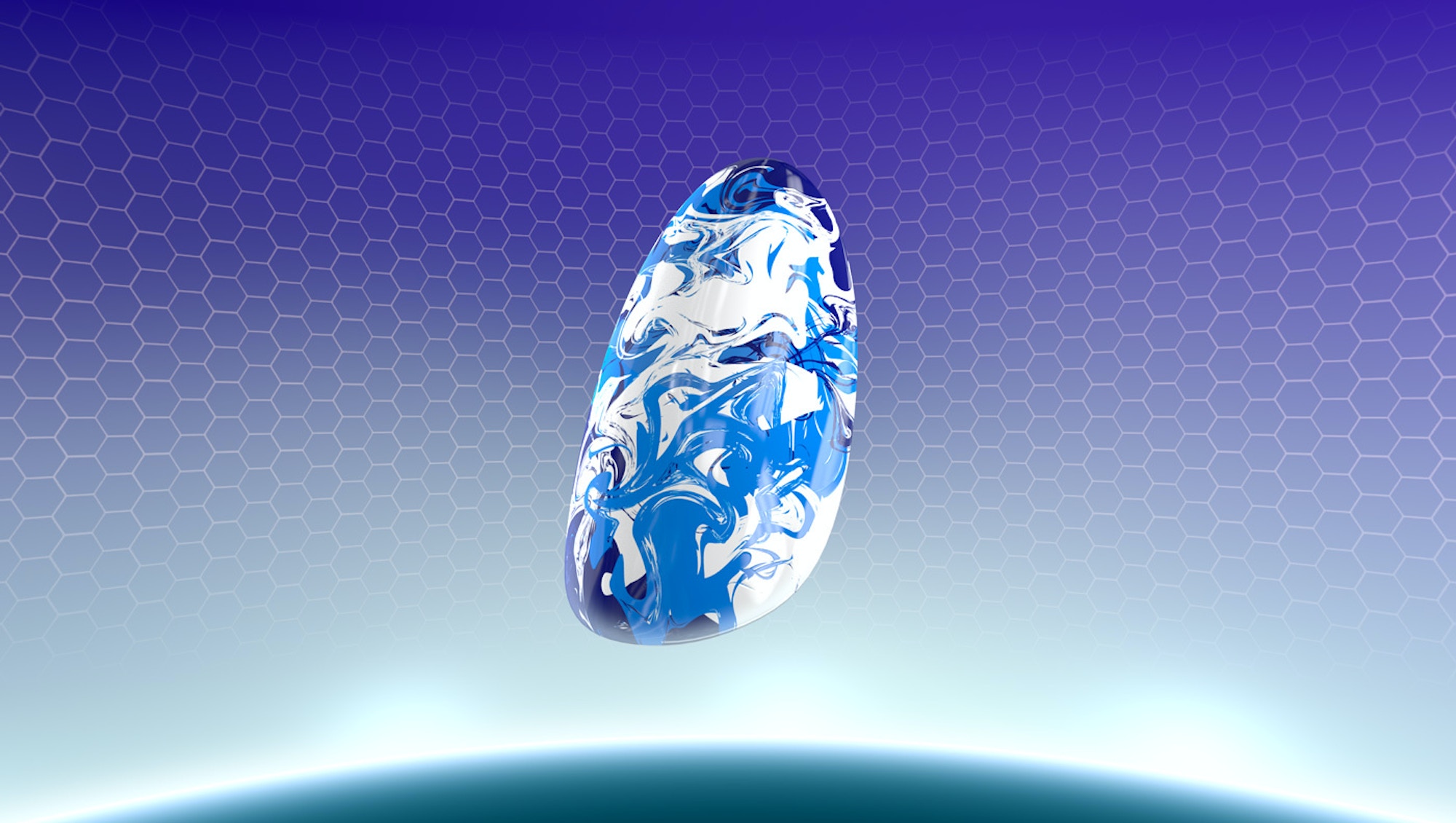 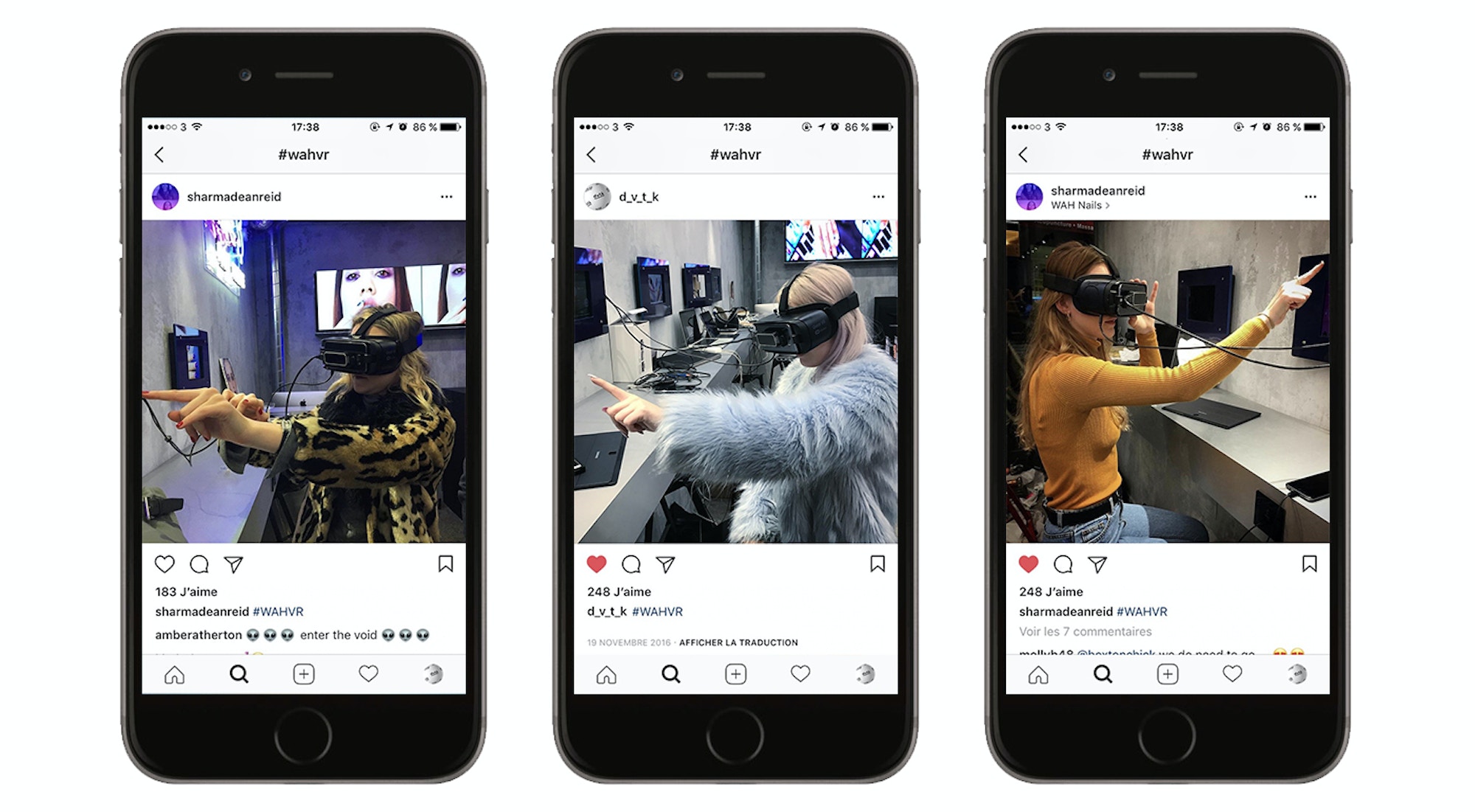 What are the most and least enjoyable aspects of your job?
Since launching our own studio, I have never really sought a life-work balance. This wasn’t the case when I was working at KENZO or any digital agencies prior to that, but today life and work seem quite blended to me. It doesn’t make things easier (quite the opposite at times), but I feel blessed to be working on something I have been passionate about since I was a kid and that involves people I like.

What has been the most exciting project of the last twelve months?
Definitely the virtual reality nails we built last year for WAH Nails in Soho. First of all, it was amazing to meet and work closely with the founder of WAH London, Sharmadean Reid. We both wanted to create an innovative retail experience without compromising a good customer journey and the WAH vibe. The technology we used was quite recent and unknown, so we worked with our developer friend Damien Mortini on early tests and prototypes. We then ran lots of user testing sessions to help improve the design step-by-step, and make sure people would be able to understand how to use the app in the store.

“We moved from Paris to London to make it happen. I don’t think it would have been possible anywhere else in the world.”

Are you currently working on any self-initiated projects?
Yes, we’ve got a few personal projects going on at the moment. It’s very exciting! However, I must admit some of them have been ongoing for quite a long time, and I’m struggling to make them happen between all the clients projects we are dealing with at the same time.

What tools do you use most for your work?
Notebooks to write down ideas, take notes during meetings or draw rough wireframes when designing a user journey or storyboarding animations. A Macbook with Adobe products (we mainly use Photoshop, Illustrator and After Effects) along with Slack, Keynote and Sublime Text. And my iPhone to test mobile mock-ups and communicate through Slack, Whatsapp or by text.

‘Kenzo Grace’ is an interactive experience, where users visit the 3D exhibition space on their computer, using smartphone. Created for Kenzo, Fall 2014 Collection.

What did you want to be growing up?
A web designer!

What influence has your upbringing had on your choice of career?
My dad is a computer engineer, and because of him I had my own PC at an early age with an internet connection and Photoshop, so I started building my own website when I was around 13 years old. I would customise my Myspace profile with CSS, and was contacted by other people to design their websites too.

How (if at all) is the subject you studied useful to your current role?
I studied science in high school. And for some absurd reason, in France having a science high school degree helps you get accepted into art schools. I studied applied arts and earned a BA in graphic design. This has been quite useless. On the contrary, all the knowledge I gained during my MA in apprenticeship for designing digital interfaces is still very relevant.

What were your first jobs?
My first job was a one month internship as a graphic designer at advertising agency DDB Paris in 2008. In 2010, I spent six months on an apprenticeship as a digital designer at the design studios of Dassault Systemes (a big multinational french software company). I then resigned from this position to complete my apprenticeship at Blondie (a digital agency that no longer exists) where I assisted the art director in designing e-comms for luxury brands. Apart from that, I’ve sold croissant and baguettes in a bakery in my hometown and bodysuits and high-waisted jeans at American Apparel to pay for my studies.

What in particular helped you the most at the start of your career?
My partner David, for asking to launch a design studio together. Most of the things I know about design I’ve learned through him.

Was there an early project you worked on that helped your development?
All the digital experiments I worked on while I was at Kenzo.

What skills have you learnt along the way?
I’ve made loads of mistakes, but the biggest ones have more to do with launching a studio rather than being a design practice. I’ve learnt how to be more diplomatic, which was quite tricky for me as I’m very stubborn. This doesn’t have as much to do with the digital industry, as it does with being a good studio founder.

Is your job what you thought it would be?
Launching a studio is way more complex than I thought. I was very naive when I left everything in Paris to start from scratch here in London. We thought having a studio was like being a freelancer but with a logotype!

What would you like to do next?
I’d love to become a part-time lecturer in a London design school. I’ve done a few workshops in schools in Paris, and I just loved working with younger designers, sharing my experiences with them and helping them grow. Also, I’d love to launch a brand. That’s one of our self-initiated projects.

Could you do this job forever?
Yes. This job is going to evolve anyway because it is entirely linked to human behaviour and habit. The devices we were using five years ago when I started my career are different from the ones we use now, and will continue to change.

What do you feel is the natural career progression for someone in your current position?
Hopefully to develop a style and an approach to design that others will want to follow.

“The devices we were using five years ago when I started my career are different from the ones we use now, and will continue to change.”

Website work for OKgrl, an interactive fashion and music platform dedicated to the Tumblr generation, launched in 2015

What advice would you give to a young creative wanting to become a digital art director?
Don’t underestimate the technical skills. I think nailing a tool is quite important – at least at the beginning of a career. For instance, the fact that David was able to work in 3D helped us create things differently from other digital studios.

Don’t overestimate the worth of ideas. The ideas I have are obviously linked to trends and my surrounding environment, and others probably have similar ideas too. But they mean very little unless they’re actually translated into practice.

Producer Maran Coates talks to us on teamwork, building trust and taking chances

How to raise money for that project: A guide to successful crowdfunding

Talent, perseverance and luck: R Fresson on the art of freelance illustration

Michael Johnson’s handy checklist for creating and emailing your portfolio