As a freelance creative, rejection and dry spells aren’t just a possibility, they’re pretty much guaranteed – and not even the seemingly ‘successful’ escape their grip. For photographer Katharina Poblotzki, her first major work lull struck when she moved to New York from Berlin six years ago. Arriving soon after completing her studies at renowned photography school Ostkreuzschule, her career had got off to a flying start, accepting commissions from major newspapers and magazines to shoot the likes of Sofia Coppola and Kendrick Lamar. But fast-forward to New York, and she found herself back at square one, with limited contacts and a growing sense of unease. Here she tells us how she survived a cripplingly slow period – one that eventually led to shooting for the likes of Nike and Facebook – and why building resilience and inner-strength are so essential to her work.

Moving to NYC: A test of resilience

In Berlin, things had evolved organically. I got my first commission through friends in the magazine industry and signed with my agency, Soothing Shade, during my second year of studies. At that time I had no idea how stupidly lucky that was; I lived on the smallest budget and was always on the go.

Starting over
I moved to New York in 2013, the week after I took down my graduation show. Some friends thought I was crazy to leave at this point, but I was high on life and finally doing the big move I’d been building up to.

The thing that initially drew me to freelancing was the freedom to build my own schedule, but in a new setting with no commissions to keep me busy, this lack of structure became super hard. Very few photo editors were getting back to me; I was ready, willing and able and my inbox was empty. Even when I did get a meeting, I was still a long way off landing a commission.

Dealing with rejection
I often held off sending somebody my portfolio because I thought I had to make it better still; when in reality I was just scared of the silence from the other side of that email. I quickly had to learn that there is no way to protect myself from rejection. I realised that I had to stop taking it so personally, and instead transform my frustration into fuel to make something – even if nobody was going to look at it.

New York is a brutal place when it comes to money; the anxiety of not having jobs scheduled kicks in quickly. With little work coming in, I had to switch to being proactive, structure my working life independently and get back to taking pictures for the joy of it. Even though the idea of starting to shoot at that time was really tough, I forced myself off the couch and picked up my camera.

“I had to transform my frustration into fuel to make something – even if nobody was going to look at it.”

Developing personal work
Making new work became a way to cope, as I turned to themes I found myself drawn towards. As I produced more images, I began to show them to friends and people I had recently connected with in the city. Because I was making images for myself, I think it was also clear to see what I was passionate about.

After a while, through sharing this work, I began to land my first commissions in New York, as friends would connect me with people that could be helpful – from those working in advertising, to someone who ran a creative firm. It became a brilliant and organic way of making connections, and then working and collaborating.

The value of discomfort
Looking back on this time now, New York changed me and my work in many ways I didn’t see coming and I think this was something I subconsciously wanted. I’ve learned lessons and developed a resilience that are now crucial to what I do. I realised the importance of getting out of your comfort zone and finding your own way in a way that feels true to you, rather than being solely focused on the pursuit of commercial success. 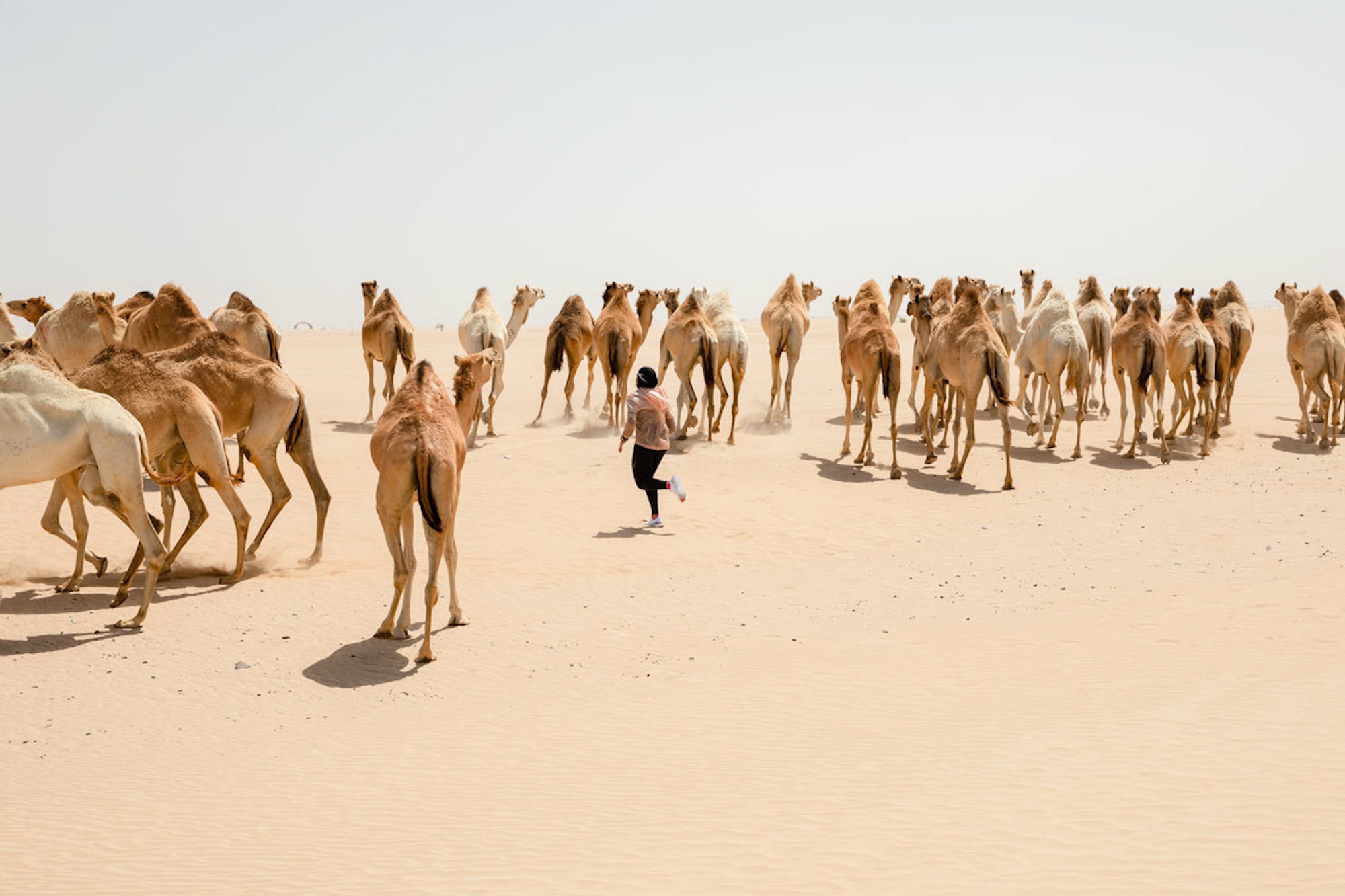 Tips for finding balance as a freelancer

It can be hard to measure success as a freelancer; the struggle never stops, so I’ve had to build a lot of inner-strength and learn to rely on myself. I am still working on getting over the fear of rejection and it’s not something I am particularly good at. Over time, I’ve realised that strength comes through taking time off for myself and building routines.

1. Use slow periods for personal work
As work tends to come in waves, this ‘time off’ will inevitably strike as a freelancer. Now I know that this is the most important time in my year, when I have the headspace to create personal work, which then fuels everything I do. Without these breaks I wouldn’t be able to move forward as an artist.

2. Build healthy work routines
Creating a routine for my day is also important. For me, that means getting up before 7am, then exercising or working from a cafe for the first hour of the day. This avoids getting sucked into mindlessly answering emails in my pyjamas on my couch, not moving for hours.

3. See downtime as a period of preparation
I’ve also learnt, from observing successful photographer friends, to try not to complain about quiet working periods, but instead re-organise my studio and get ready for the next wave of deadlines.

4. Trust the freelance rhythm
The most important lesson in surviving mentally as a freelancer has been to work with the natural ebb and flow. As you get used to this rhythm, you know that if you keep at it, the work will always come. 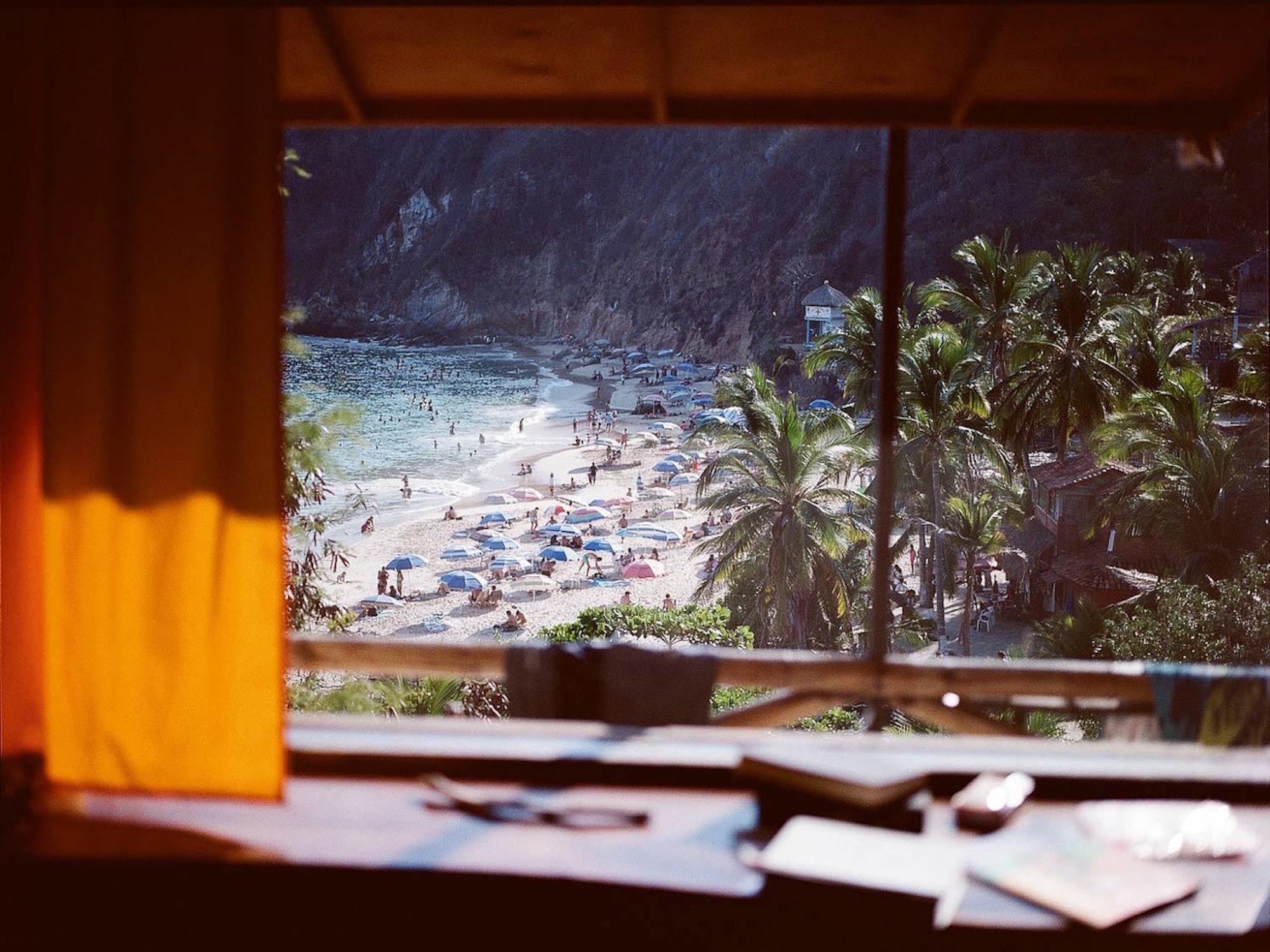 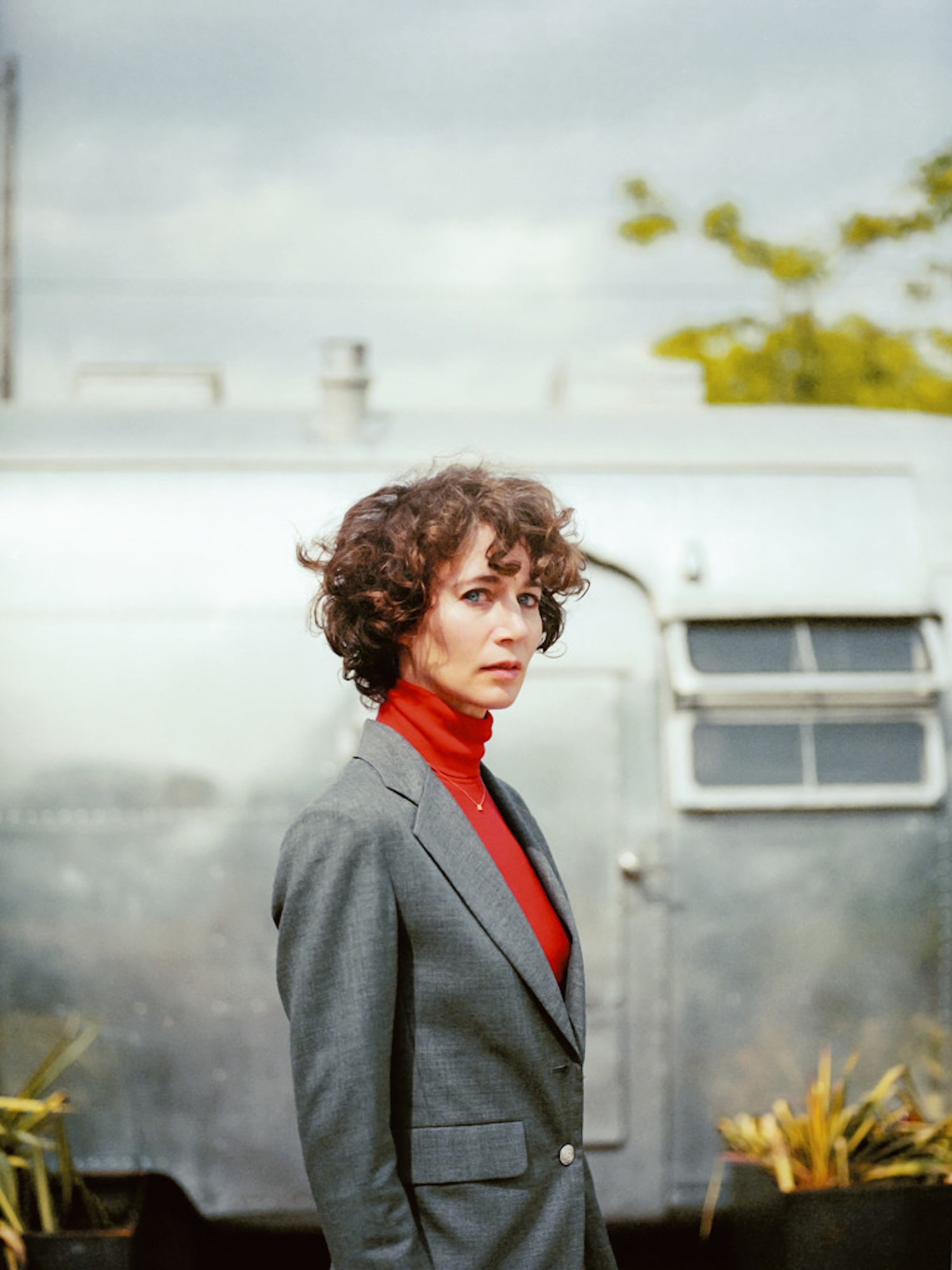 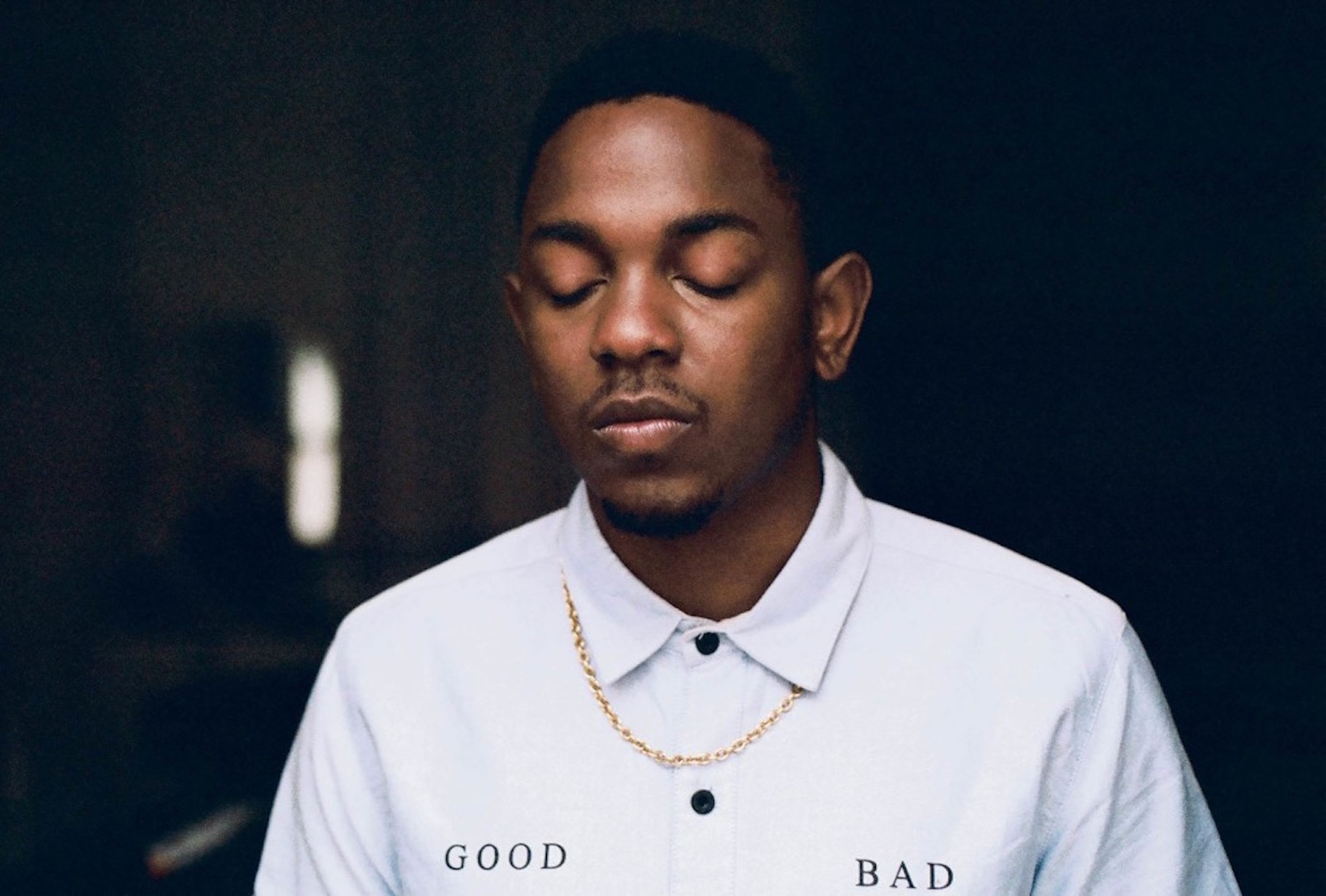 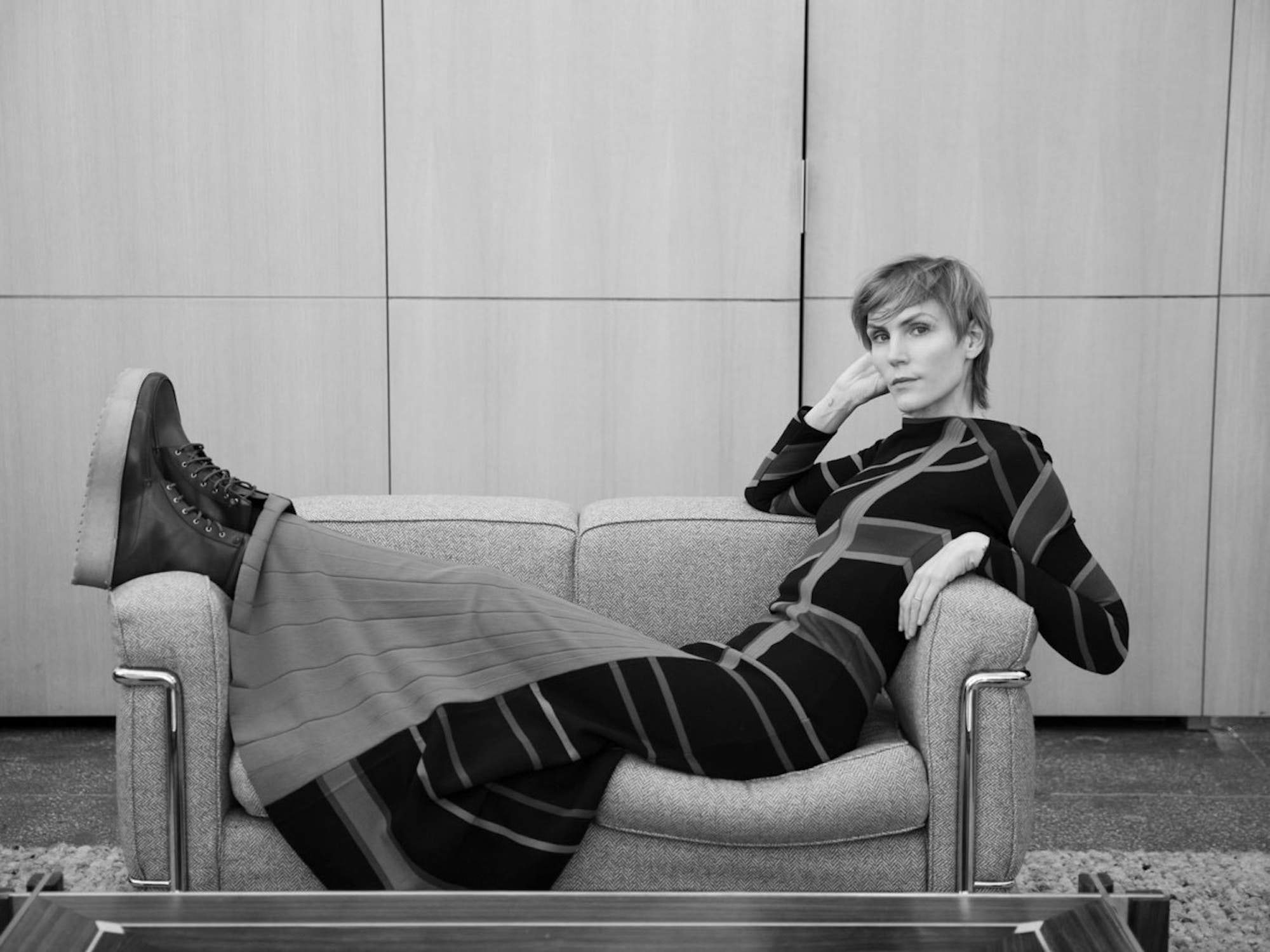 Gabriela Hearst for The Telegraph Magazine 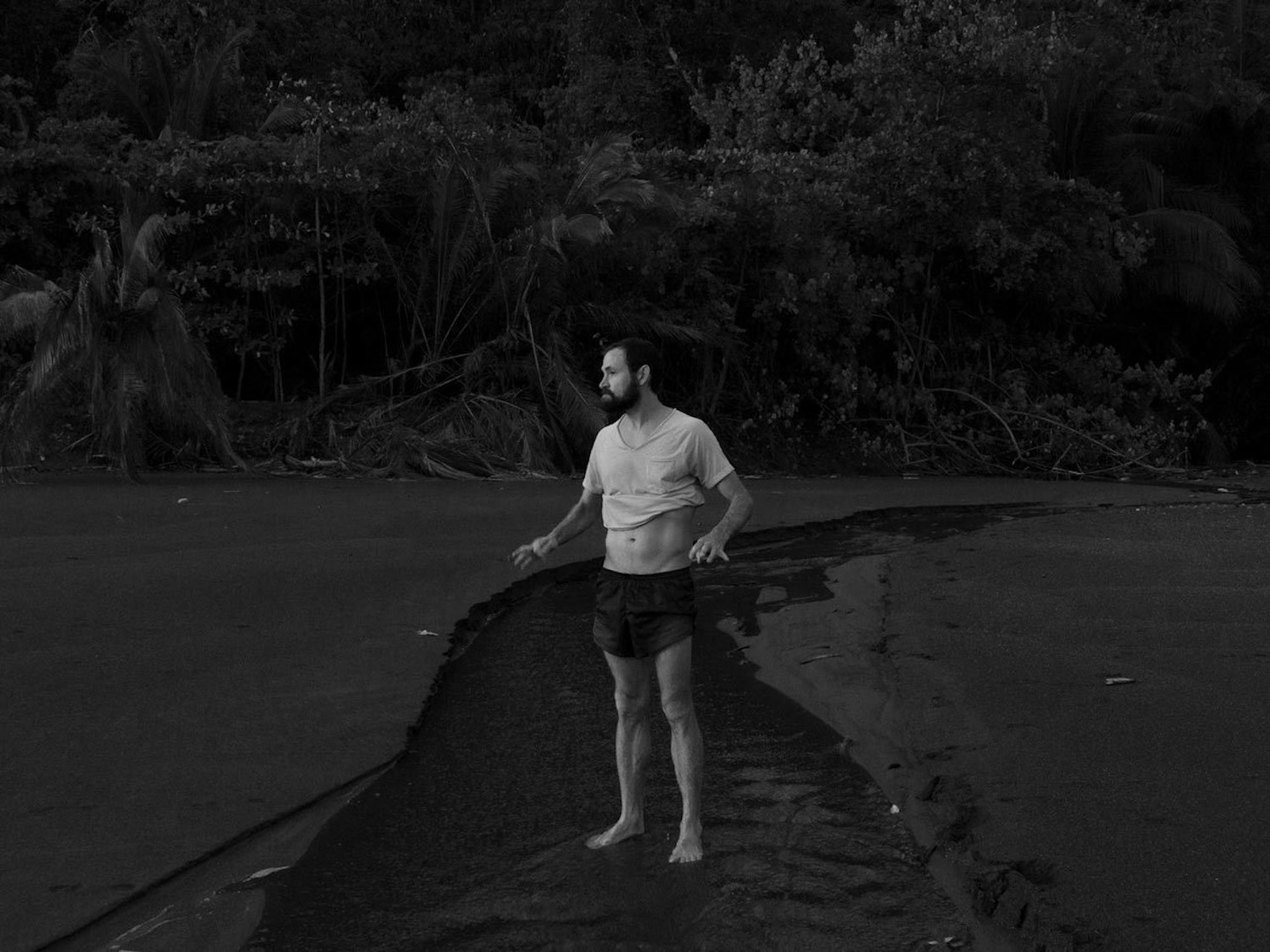