Founder of London-based agency 18 Feet & Rising Jonathan Trimble cut his teeth with some of the biggest names in advertising before going his own way in 2009. Having interned at Saatchi & Saatchi, overseen The Guardian account at DDB (one of the most-awarded accounts at the time) and served as group director at Fallon, he was keen to experiment with the boundaries of what a young agency was capable of. Set in the bustling heart of the capital, the company has become a thriving powerhouse with over 40 employees. Here Jonathan talks courage, openness and riding out mistakes.

How would you describe your job?
I lead the agency, so I’m primarily responsible for growth, change and happiness.

What does an average working day look like?
I get up at 6.30am, do a short fitness routine, get my boy to nursery, then commute or walk to the office.  My day is 50% working with teams on current client projects, 25% on inbound projects and 25% on seeing where the agency might go next, which takes many forms. I’ll work all the time during the week, but weekends I don’t come in unless I’m needed, but I’m always thinking – it’s addictive and fun. When you love what you do, work and life collapse together. You work twice as hard but feel it half as much.

How did you land your job?
I was lucky, my mum had met someone in advertising and so I learnt about it and got excited about it that way. I wrote to Saatchi & Saatchi and interned there for two summers, unpaid. Then I applied for a job through graduate recruitment.  I was naturally passionate about the business and that tends to set you apart.

Where does the majority of your work take?
My laptop sometimes doesn’t leave my backpack. I’m rarely at my desk for more than an hour; I’ll be with clients, in various meeting places, some of the time at edit suites. A lot of the time I’ll be on the phone wandering around Soho too.

How collaborative is your role?
My job is to support everyone from top to the bottom within the company and I’m hugely dependent on the brilliance of the ECD, Anna Carpen, in particular.

What has been the most exciting project of the last twelve months?
We recently became the world’s first advertising B Corporation – this involved just about everyone in the company, but in particular the team in legal, HR and finance really came into their own.

What skills are essential to your job?
Openness and courage. If you are in the industry and working hard, you are learning every day and the skills you need will be developed naturally.

“Success is the ability to ride out the nine things that don’t go in your favour and follow the one that does.” 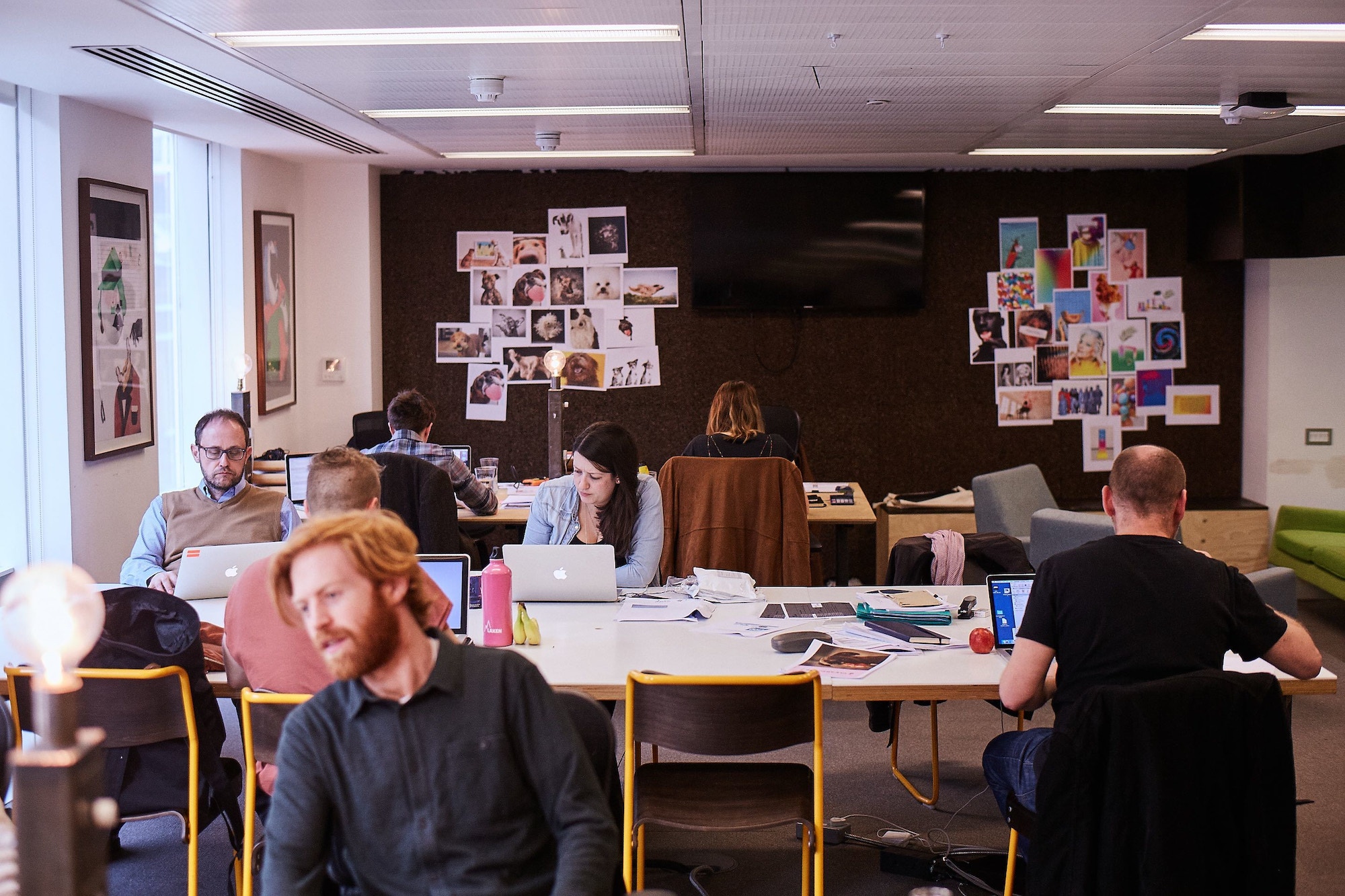 Inside the 18 Feet & Rising office

What did you want to be growing up?
I wasn’t 100% sure. I just knew I wanted to be the best at what I did and make a difference.

How (if at all) is the subject you studied useful to your current role?
I studied French, and it was a great stimulus for lots of things beyond speaking, reading and writing French.

What were your first jobs?
The two summers at Saatchi & Saatchi were invaluable. If you want to get into an industry, work in it for free initially if you have to. Be a giver of your value, it comes back to you in the end.

Was there anything or anyone in particular that helped you at the start of your career?
Miriam Jordan Keane, who was initially at Saatchi & Saatchi and then Y&R gave me a break – she was my boss there. She was a very magical woman who really believed in creativity and really knew how to bring out the best in people. She was a wonderful inspiration and remains so in my heart today.

Was there a particular project you worked on that helped your development?
I ran The Guardian account for five years at DDB while I was head of account management there, which became the most awarded account in the world.  The other most awarded account at the time was Volkswagen, also with DDB, and the two had very different approaches. The thing that we did on the Guardian was to approach it with no strategy, it was just content. We abandoned the concept that we needed to hold anything together, and just went with whatever they had written, and it all hung together.

What’s been your biggest challenge?
I’ve made more mistakes than I can fit into one answer. Fall over, dust yourself off and go again. It’s easier said than done. It’s like being winded. Try not to be hard on yourself and keep a close group of advisors, friends and people you can turn to for support.  Success is the ability to ride out the nine things that don’t go in your favour and follow the one that does. Wanting something to be great and feeling stressed are natural bedfellows.

Is your job what you thought it would be?
Absolutely. The only thing you don’t realise at the beginning is that great work doesn’t just happen by being great.

What tools do you use most for your work?
A MacBook Pro and Air, iPhone 6 , Medium (to read), Evernote (to write), a pen and a Smythson notebook. 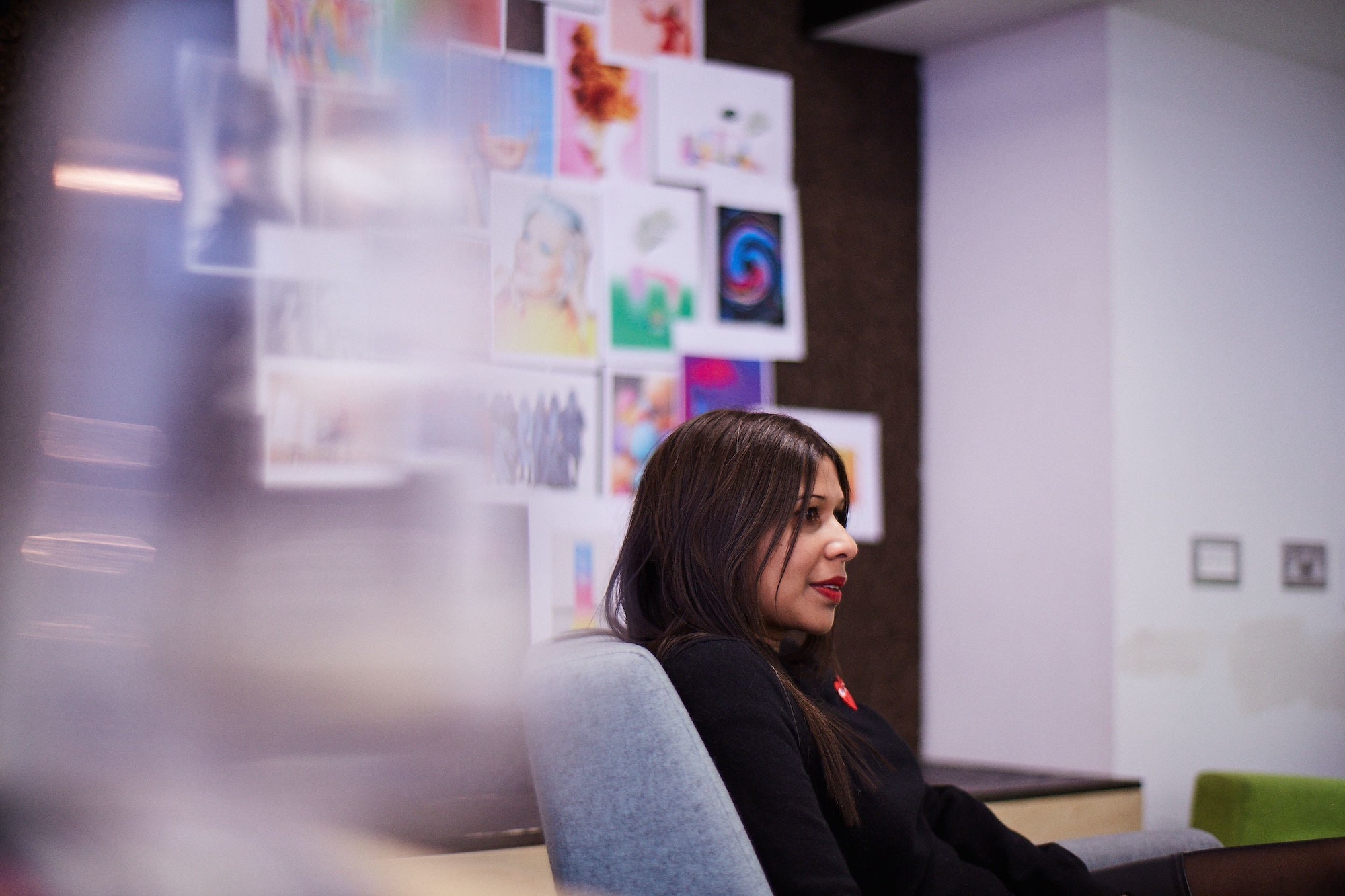 What would you like to do next?
I’d like to get to a stage where I’ve learnt enough to be able to teach and use my skills in the service of others.

What do you feel is the natural career progression for someone in your current position?
To help build others into leadership roles, which would take you on to chairman and non-executive roles ultimately.

Could you do this job forever?
Yes.

What advice would you give to a young creative wanting to start their own agency one day?
Be yourself, trust your heart, don’t compromise, work really hard. Identify what’s wrong and aim to make it better.

This article is part of our In the Studio With feature on 18 Feet & Rising.