As Uniform’s client director, it’s Joanna Rowlands’ job to keep clients in focus. It’s no surprise, then, that people are central to her role at the Liverpool-based studio. “People behave in different ways when they’re under pressure, so it’s important to try and see things from the client’s point of view,” she tells us. This means her daily tasks can vary – from meeting with football clubs, putting together new quotes or planning Christmas-themed shoots – all in aid of understanding a client’s needs and challenges. Originally a history of art graduate, Joanna fills us in on the many turns of her career journey, discusses the importance of teamwork and recounts starting out as a marketing assistant at a time when social media didn’t yet exist. 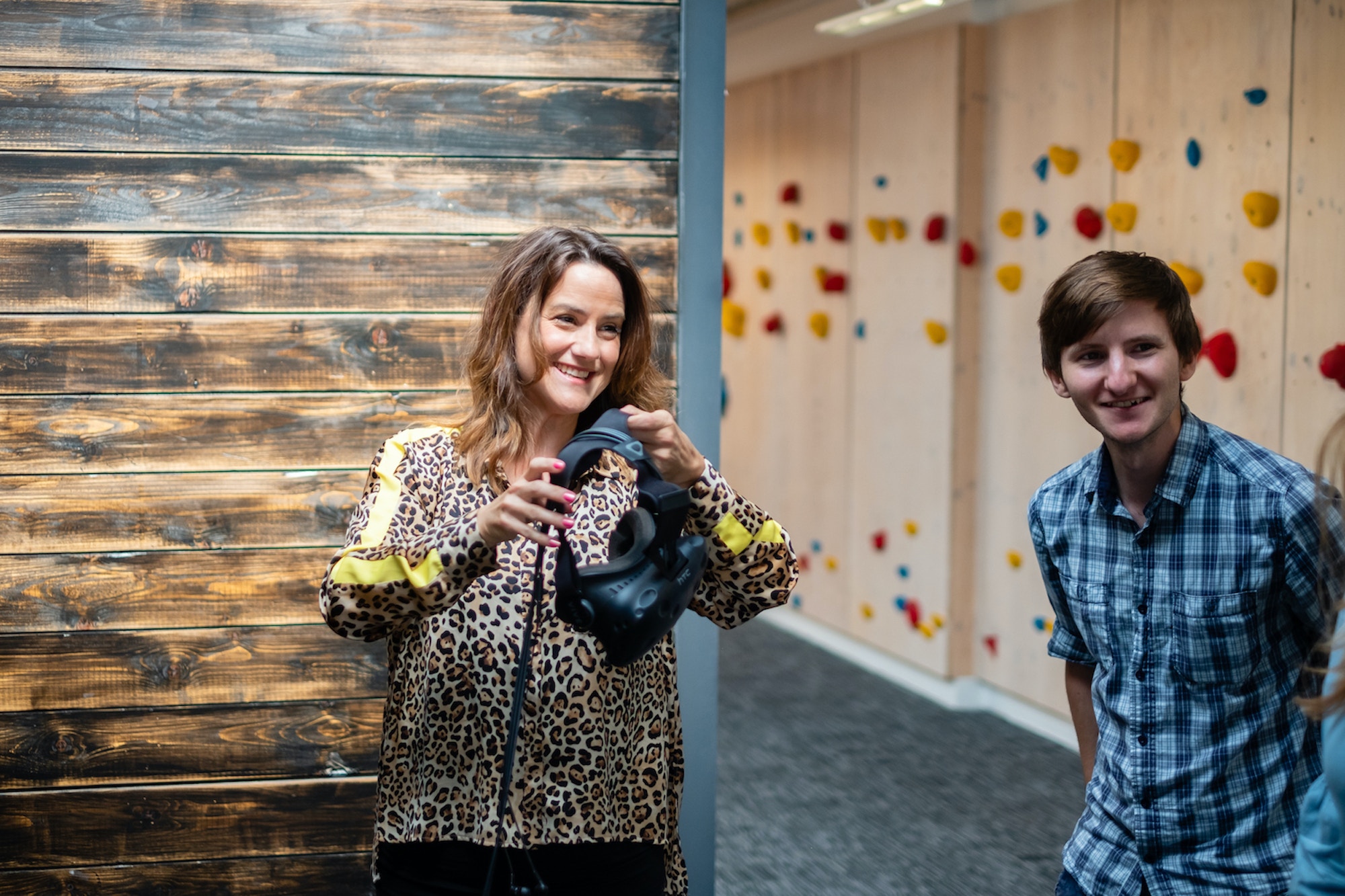 How would you describe your job?
As a client director, I’m responsible for client relationships. I work in a core team alongside a creative and two project managers to provide the best possible service to clients, and understand their challenges. I’m responsible for scoping and costing jobs from existing clients and regularly write proposals for new projects.

What does a typical working day look like?
I get up at 6.30am, by which time my six year old son has already demolished his bedroom. We leave the house at 7.45am and (after a quick stop at school) I’m usually in the office by 8.30am. I’ll start by making a coffee and going through my emails.

A usual day would involve putting together a quote for a new film for Unilever, meeting a football club client about their new strategic framework, catching up with the commercial team and MD to look at what might be coming through the pipeline. Because of the nature of our business, it’s often hard to forecast past about two months, but we try and predict client spending as best we can.

I have around 12 clients to look after so I tend to be in a lot of meetings. Meeting clients face-to-face is so important to create trust and form a collaborative relationship, so I like to do that at every opportunity. 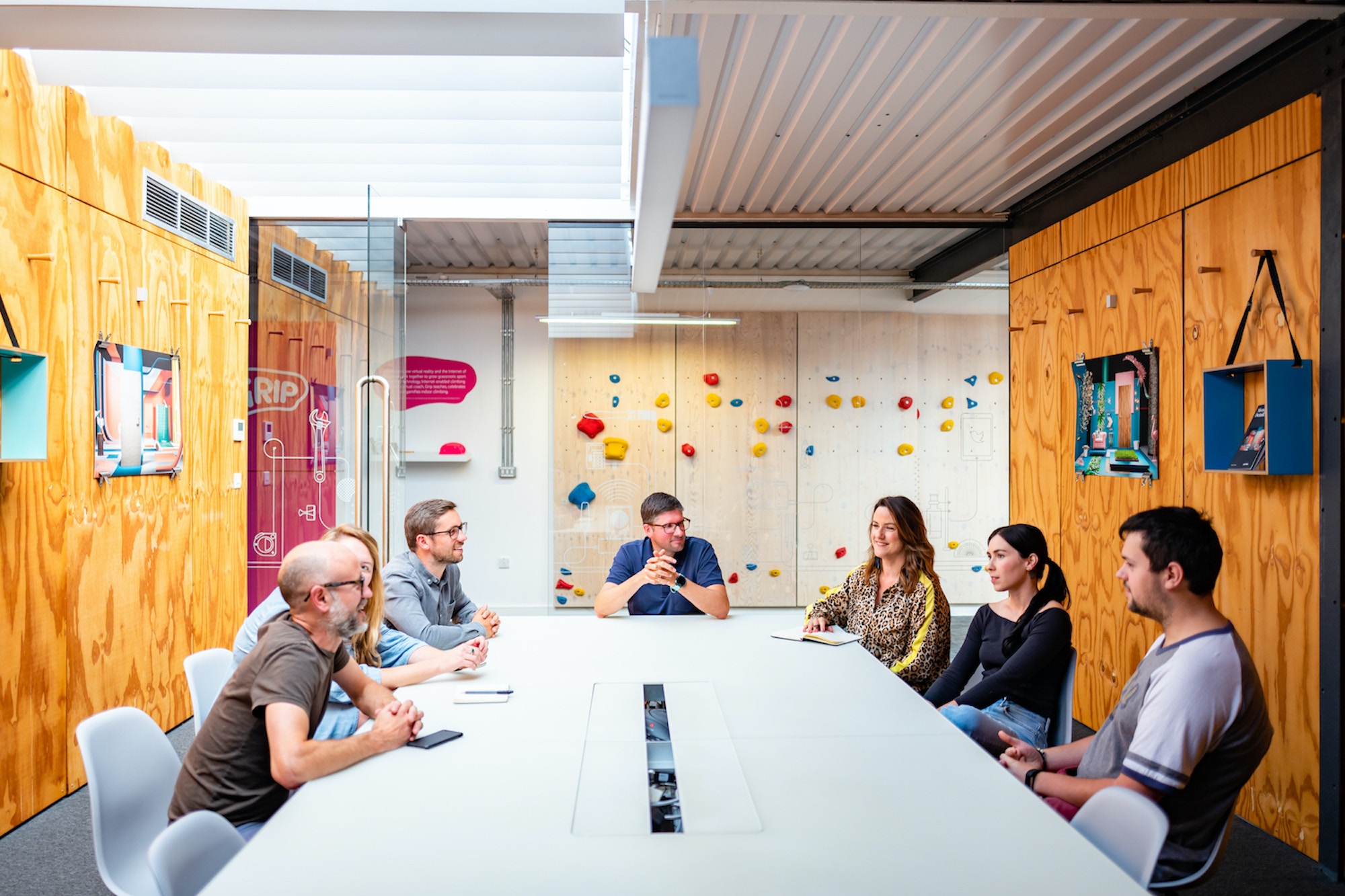 What do you like about working in Liverpool?
Liverpool has a distinct personality, which can be an acquired taste for some, but I love it. It’s quite a compact city so it’s easy to navigate and because it sits on an estuary we can look out across the Irish Sea. There’s loads to do, some really good restaurants and we love a party so if you want to stay out till the sun comes up that’s totally acceptable, in fact encouraged.

Creatively there’s a lot going on, the city was European Capital of Culture in 2008 and that really galvanised an already ambitious cultural scene. On one end of the spectrum the city is home to the Liverpool Philharmonic and the Walker Art Gallery while the Invisible Wind Factory and the Royal Standard art collective are bringing a whole range of experimental culture.

It’s a cliché, but the thing I love most about living in Liverpool is the people. They’re a funny bunch, but there’s a liberalism, a hospitality and a fierce loyalty that makes it a very rewarding place to live.

“The best creative work comes from a common understanding of the challenge, empathy and an equal footing.”

How collaborative is your role?
Collaboration is at the heart of what we do at Uniform, whether it’s running a week-long sprint with a client, coming up with ways to elevate a client’s experience or developing a surprising idea alongside a creative technologist in our talented studio. We firmly believe that the best, most creative work comes from a common understanding of the challenge, empathy and an equal footing.

What are the most and least enjoyable aspects of your job?
People will tell you that I’m not very organised but that’s not true; I just don’t like admin, which makes me look disorganised to the untrained eye. Working in an agency can be stressful, so work-life balance can be a struggle, especially for a latecomer like me. It helps having a hard deadline of picking a child up from after school, who would otherwise be sitting on the doorstep. 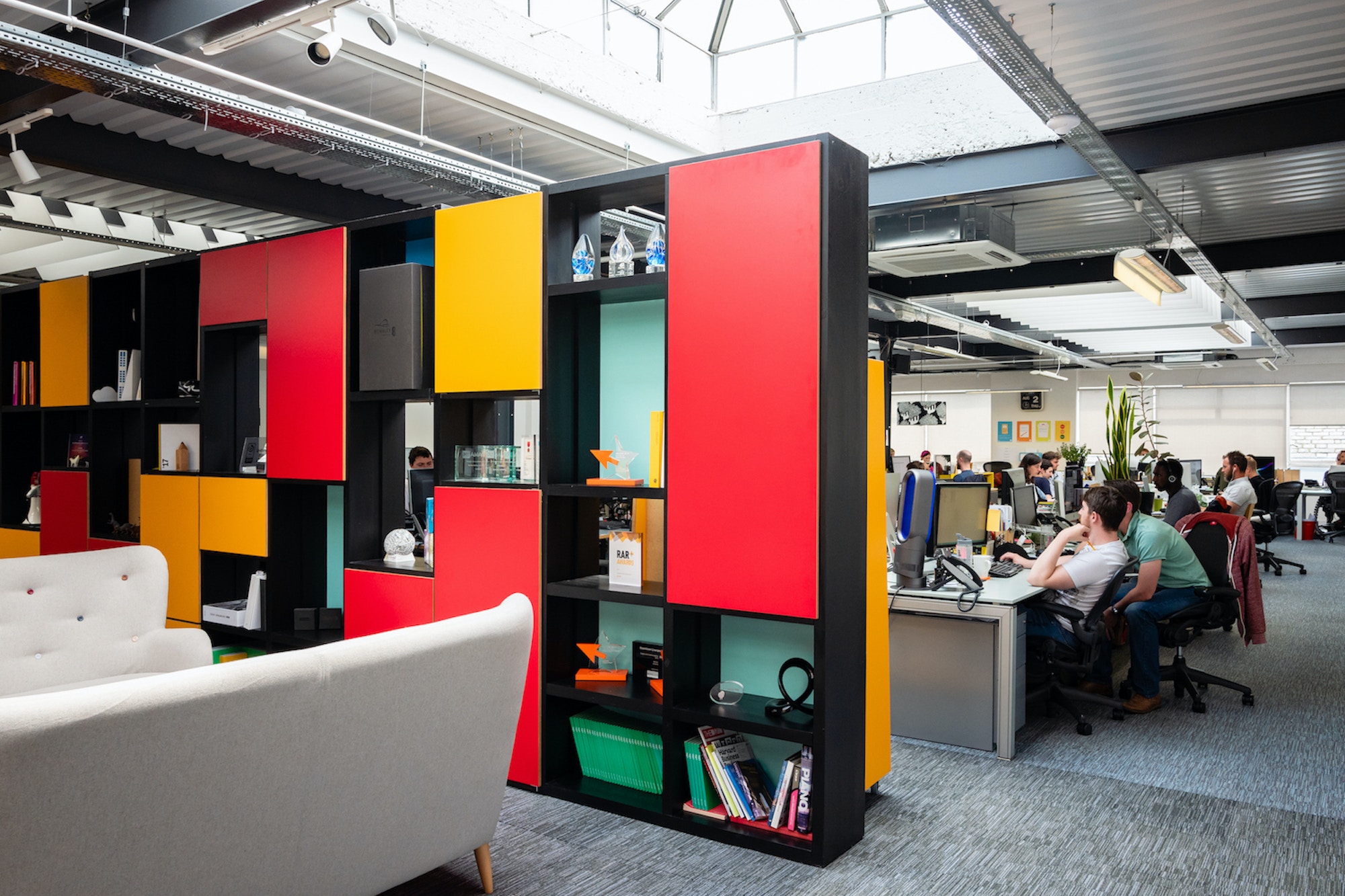 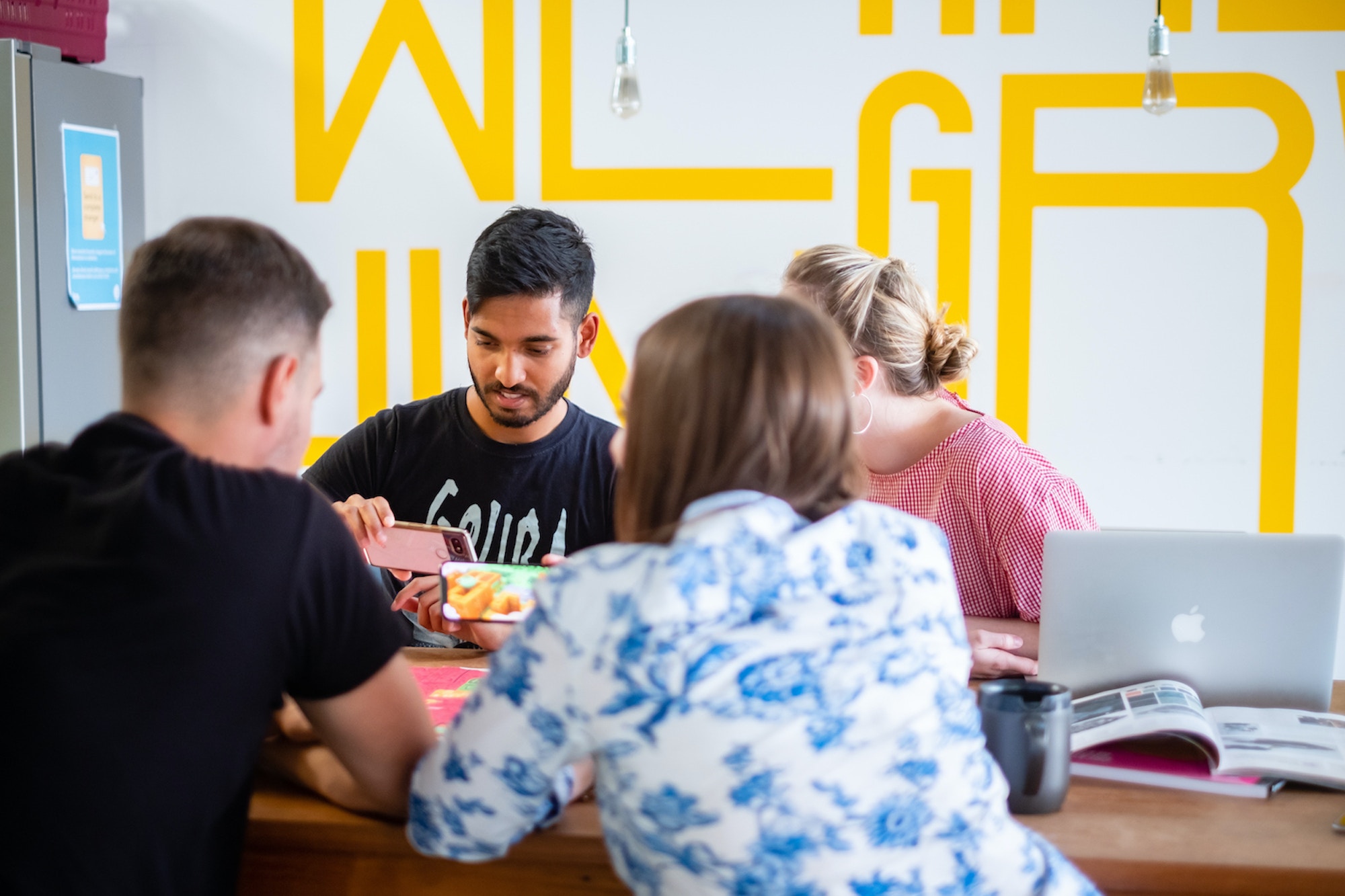 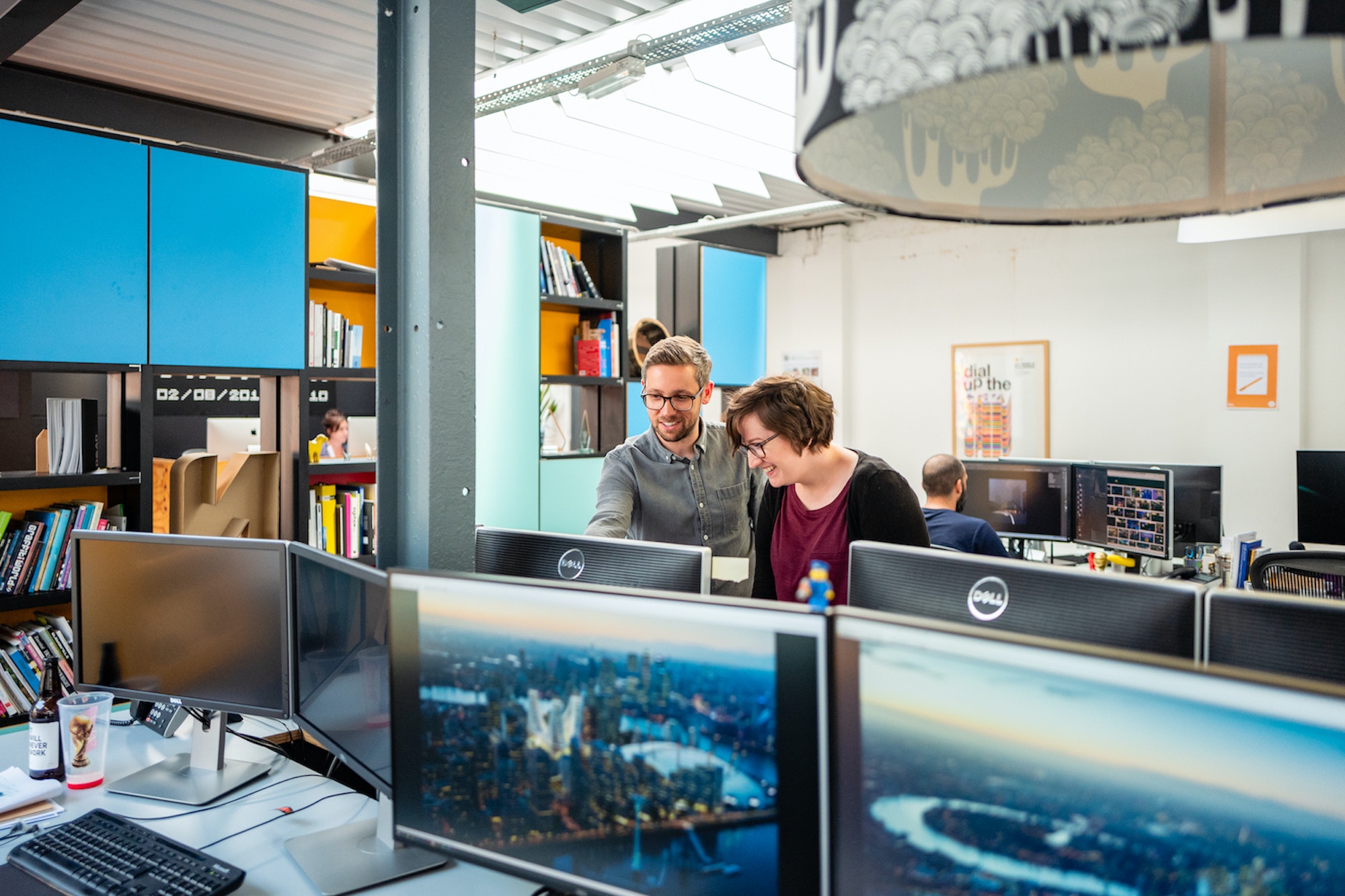 What has been the most exciting project of the last twelve months?
I worked on a Christmas campaign with a well-known football club. We had a day to get content for six films, window displays for six different club shops, an out-of-home campaign and hundreds of social assets. We had 10 kids, 20 fans, 8 players, 2 club legends and a crew of about 20... and about one month to organise it. Intense doesn’t come close to describing it.

I developed a brief with the client and our film and brand teams, and planned the shoot. We had space at the stadium to film and worked with the amazing set designers Lord Whitney to create a full Christmassy set. We only had the players for about an hour, so the day had to be planned down to the last minute detail. On the day, everyone pulled together and we managed to get everything we needed. I was hoarse from shouting instructions but that was a small sacrifice.

What skills are essential to your job?
Empathy is vital. People behave in different ways when they are under pressure, so it’s important to try and see things from the client’s point of view, and what’s important to them.

What tools do you use most for your work?
We use Workbook as a studio management tool. It does everything from logging a potential opportunity to invoicing a job. And my MacBook Air goes everywhere with me.

Uniform's work for the Royal Mint

What did you want to be growing up? And, if you went onto university, did this have any impact on what you studied?
I wanted to be the prime minister for a long time, but to be honest there wasn’t really a clear career path for that (probably for the best) so I ended up studying history of art and architecture at a university in Norwich. Seminars and tutorials were held in the Sainsbury Centre, a classic Foster design, and I had to get there by walking past the Dennis Lasdon brutalist Ziggurats so it felt like an honour to be there.

I worked all the way through uni, volunteering at contemporary art galleries in the city and helping to organise art festivals. By the time I left, I wanted to be a curator so applied to do a Masters in museum studies at Newcastle University.

“I enjoy marketing because it involves working out the puzzle of people and their behaviour.”

What were your first jobs?
When I finished my A-Levels I took a year out to work before I started my degree. After four weeks grafting in a factory that made blinds on the Wirral I got a temp job at John Moores University. In the evenings I worked as an usher at the Everyman Theatre. I didn’t sleep for a year, but it was a significant time and I totally fell on my feet when I finished my MA.

I had worked at the Northern Gallery for Contemporary Art on a placement as part of my course and they were looking for someone to help out, so I started as a marketing assistant and was soon made marketing officer. I never did work as a curator, and have forged a career in marketing and comms related roles. I enjoy marketing because it involves working out the puzzle of people and their behaviour.

Was there a particular person that helped your development at the start of your career?
I worked with a professor at John Moores called Tom Reilly, he was head of the graduate school as well as a professor in the sports science department. He was well ahead of his time and just the nicest man. I was employed as his PA but had no real secretarial skills but he was kind and patient, very wise with a wicked sense of humour. He gave me the perfect introduction to the world of work. 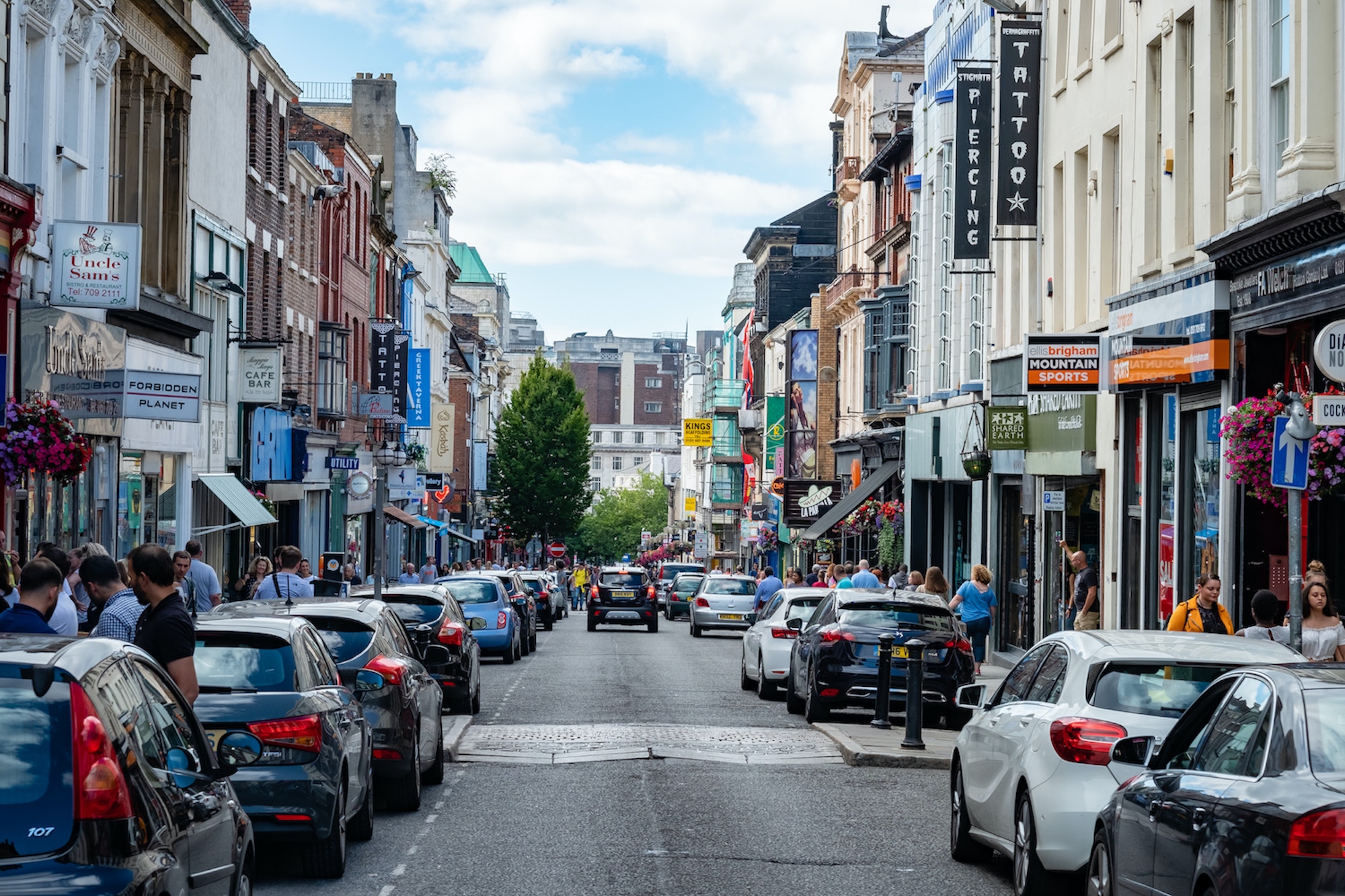 Outside the studio in Liverpool

What’s been your biggest challenge?
Starting out, I worked in corporate comms and looked after various press offices. But social media didn’t exist then, so we had a traditional approach to media communications where the press would get wind of something, call us out of the blue, and we’d have to gather an appropriate response quickly.

The pressure was immense but teamwork was absolutely crucial as was keeping your counsel when someone was trying to catch you out. I learnt quickly not to respond on the spot but to allow time to craft a response. I can still remember being quoted saying something ridiculous in the Liverpool Echo and feeling absolute shame for being caught out. I still use this technique now. When there’s a thorny issue to deal with, I never respond immediately, I sleep on it, or at least make a brew before thinking about my reply.

Is your job what you thought it would be?
I worked in the arts for the first 12 years of my career, and while I absolutely loved it I wanted to know if I would cut it in a more commercial environment. Turns out I am quite commercially-minded and enjoy the experience of landing the deal. I am still lucky to be surrounded by creativity, just in a different way. 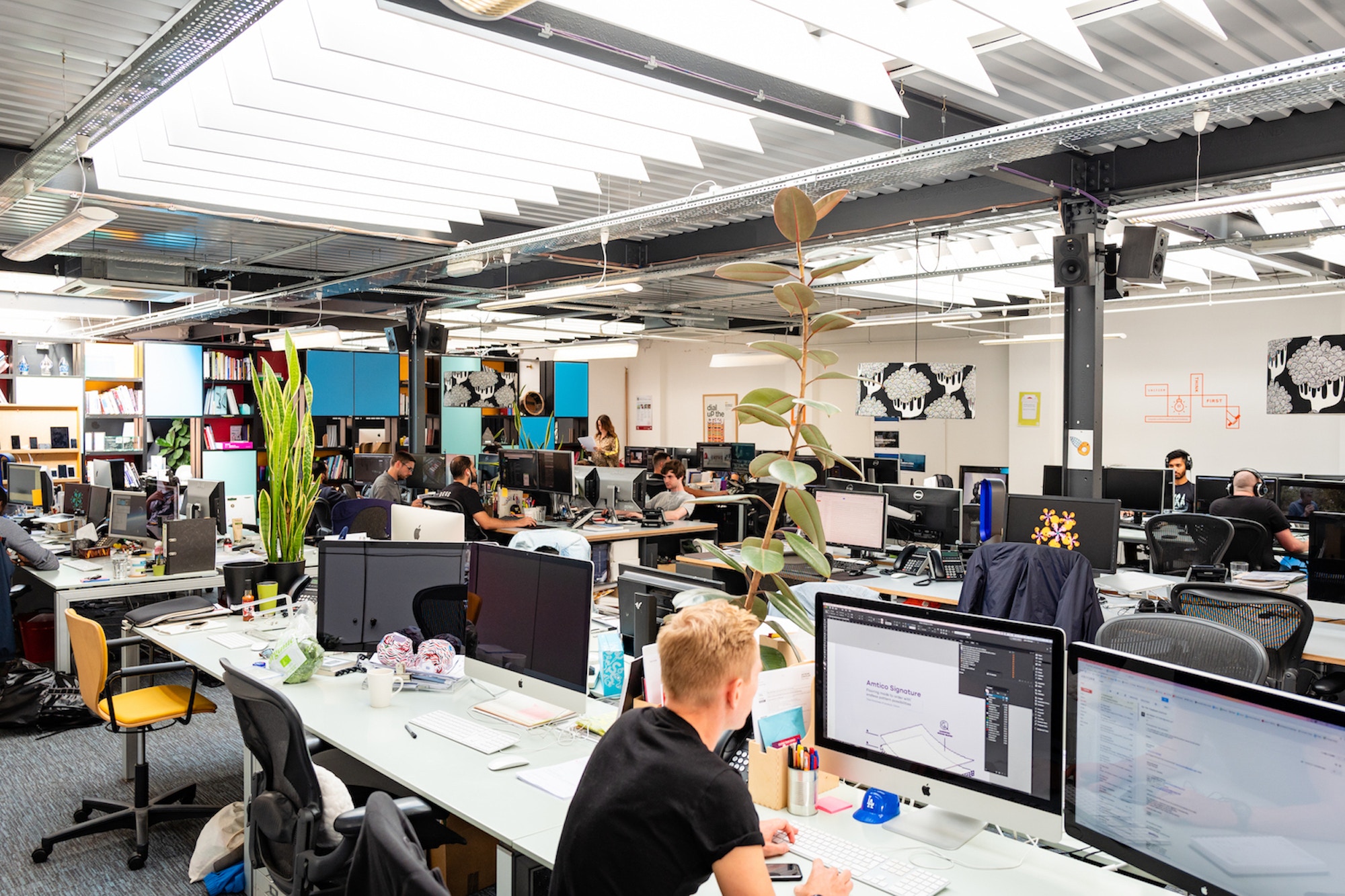 What advice would you give to a young creative wanting to do the same kind of work?
These days we’re all very self-absorbed and I think it makes us less resilient. I think spending time trying to understand others and why they behave like they do helps us to solve problems more effectively. Rather than think ‘Why are they being like that to me?’, think ‘Why are they behaving like that? What is driving them? What’s going on in their world?’. Be curious about people. Be kind.