Creative Lives — “People look at you to steer everything and if the producer looks flustered, it will impact everyone” James Guy Head of Broadcast at Wieden + Kennedy London

Early on his career Wieden + Kennedy London’s Head of Broadcast James Guy knew he wanted to move from account management to production. A few job shuffles and a lot of hard graft – not to mention some supportive colleagues – meant that before long he’d landed his dream job in production at W+K, where he’s ascended in the ranks ever since. James stresses that building strong and lasting relationships is key to his role, whether that’s with clients like Nike, Honda and Lurpak, production partners, directors, or the huge number of people he collaborates with in-house. But no matter how swish you think a life in TV might be, James says you’d be surprised by the amount of paperwork. 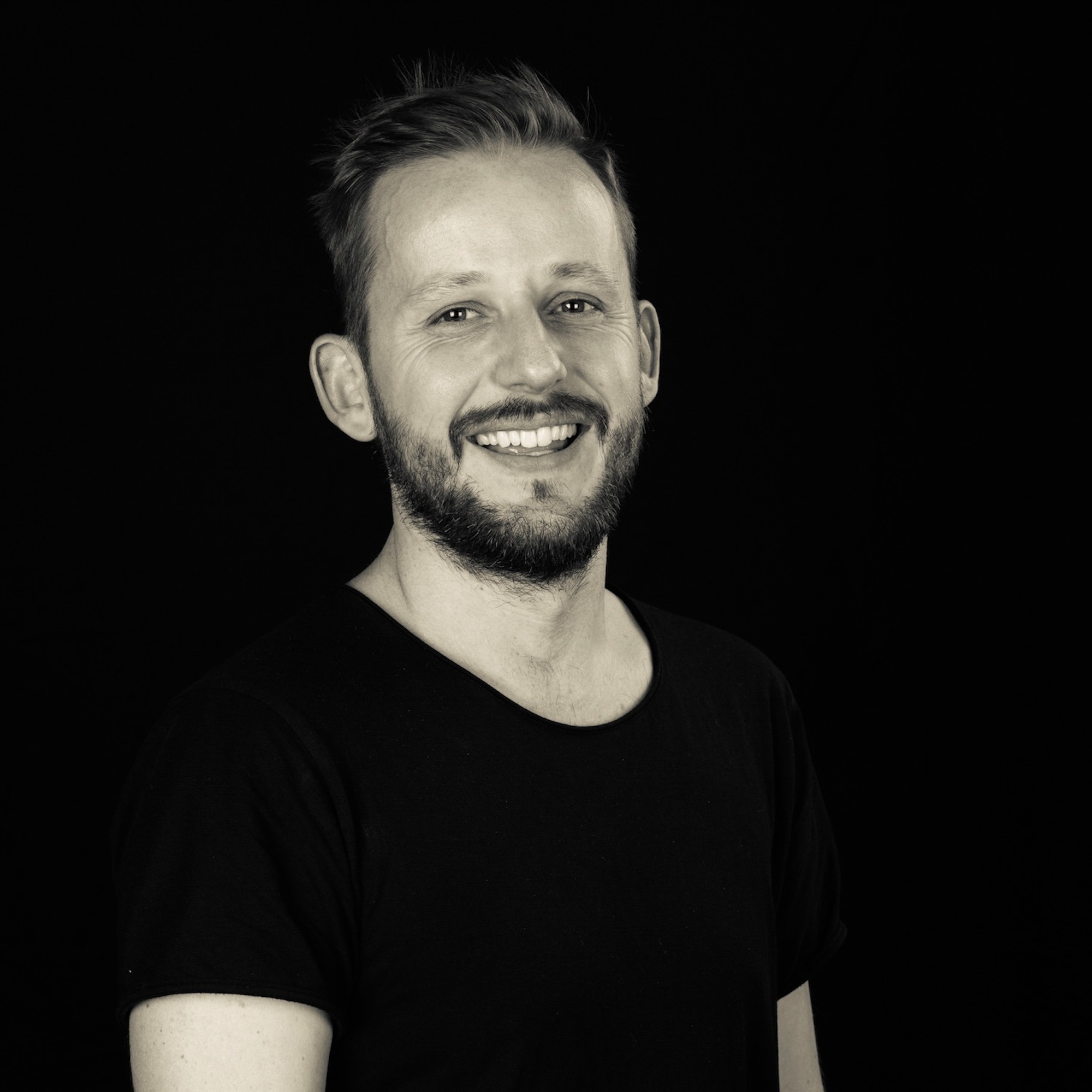 How would you describe your job?
A producer’s job is a bit of everything: timings, money, creative, communication and relationships. I run the TV department, so my whole job is based around relationships, from the producers in the TV department to the creatives, account teams, directors and production companies. It’s about bringing the right teams together, internally and externally. Production is the department that makes things happen, no questions asked. To do that you need the right mindset and people to achieve what you need to.

What does a typical working day look like?
Working hours are 9am-6pm but obviously that changes. If it’s busy, you can work late depending on the project. If you are in production, you can be pulled in five places at once: director meetings, client presentations, sound sessions, edits and post-production. Throughout you need to look like you are totally calm and in control. People look at you to steer everything and if the producer looks flustered, it will impact everyone. It’s the swan analogy.

“The best producers are the ones who know how to manage people.”

How did you land your current job?
My current role came through my previous relationship with Rob Steiner, Tony Davidson and Kim Papworth [Wieden + Kennedy London]. I was an account man at W+K before I moved to M&C Saatchi, but I stayed in touch as my goal was to always end up at W+K in production. Again it comes back to relationships.

Where does the majority of your work take place?
It varies depending on what stage of production you are in. At script stage I look at lots of directors reels and work with the creative teams to establish who to invite to pitch. Then once into pre-production, my role is mainly office-based and I work with the production company to build the shoot. Obviously when it comes to the shoot, you can be anywhere. Maybe it’s a studio, maybe it’s on location. I have been lucky and travelled all over the UK alongside some incredible trips abroad to Mexico, Johannesburg, New York, Berlin, Portugal, Istanbul, Boston and loads more. During post-production you are all over the place: sound studios, edit suites, post houses, music studios.

Nike ‘My Time Is Now’

How collaborative is your work?
The role is extremely collaborative. That’s what I love about it. I meet new people all the time, which is why building relationships is so important. On one day I could work with account teams, creative teams, directors, producers, editors, post houses and more. You need to be able to get on with people and trust them, as if they let you down, you let your creative team down.

What are the most and least enjoyable aspects of your job?
I love the travel and seeing places you would never see. Travelling with interesting creative people is normally a laugh. I love my job and care about what I do, but it’s advertising. It’s important to enjoy what you do and have fun while you do it.

“You can be pulled in five places at once. Throughout everything you need to look like you are totally calm and in control.”

What has been the most exciting project of the last twelve months?
I produced a job last year which was amazing. It was shooting real football in South America for Nike. We had an amazing team: Tom Hall (creative), Anders Stake (creative director), Andy Ansah (football choreographer) Nico Veiga and Pantera & Co (directors). We all got on really well and travelled to Mexico and Uruguay, shooting in some really interesting locations that you wouldn’t have travelled to on holiday.

What skills are essential to your job?
Organisation, solving problems, communication, building relationships and being a good judge of creative.

What tools do you use most for your work?
iPhone (the phone is the most important thing to a producer!); Calendar app; Uber; a notebook to write a to do list everyday (which changes hourly).

What did you want to be growing up?
A hip-hop DJ.

How (if at all) is the subject you studied useful to your current role?
Not at all really. I knew I wanted to get into TV but when I was at university my main focus was on music and I would have killed anyone and anything to work at MTV.

What were your first jobs?
My first ever job was working in the Debenhams café in Gloucester. Bar making sure everyone gets their food in the edit suite, it wasn’t useful experience at all. My first relevant job was down to pure luck. I was out getting drunk and met one of my best friend’s sisters. She worked at M&C Saatchi and managed to get me some work experience. I was kept on in account management and then made the move into production when I could.

Was there anything in particular that helped you at the start of your career?
Rob Steiner [formerly the head of production at Wieden + Kennedy London]. I met him at W+K when I was an account man and we bonded. He was integral to helping me progress within production.

“Keep pushing and emailing and calling. If you want a job, behave like a producer. No one will get annoyed at you for hassling for something you want.”

Was there an early project you worked on that helped your development?
I worked on a massive AOL campaign when I was at Grey. The director, Errol Morris, was totally nuts. I was a production assistant at the time and my producer, Steph Wellesley, was amazing. She took me on the shoot and also let me handle lots of the post-production. The experience really helped me learn so much. Errol just shot and shot and half the time we didn’t even know what he was shooting. As that was the way he worked, we just trusted that as long as we had the bits we needed he could shoot what he wanted. His poor producer didn’t enjoy it quite as much.

What skills have you learnt along the way?
I keep banging on about relationships, but the best producers are the ones who know how to manage people. As there are so many elements to the process and so many different people, you need to be able to communicate to get what you need.

What’s been your biggest challenge?
Sometimes the challenges aren’t foreseeable in production. They just come at you and blindside you. Part of being a producer is being able to deal with them. The more jobs, the more you have to deal with problems. That’s how you learn.

Is your job what you thought it would be?
I think obviously TV is seen as glamorous, and yeah it’s fun and exiting and you get to travel. But there is also a lot of paperwork and admin you need to do. It is what I expected but I think until you are in the job, you don’t realise what goes on behind the scenes

Could you do this job forever?
At the moment I feel I could, but I’m nearly 40. I am sure things will change and I may move in a different direction. Plus agency life isn’t a job for life, there aren’t that many 60 years olds in TV production!

What do you feel is the natural career progression for someone in your current position?
Keep progressing in production or move to the production company side.

What advice would you give to a young creative wanting to get into your line of work?
Keep pushing. Sometimes I get CVs and don’t always reply as it’s so manic. Then they trickle down your inbox and are forgotten. Keep pushing and emailing and calling. That’s the job of a producer so if you want a job, behave like a producer. No one will get annoyed at you for hassling for something you want.

Freelance brand strategist Joss Debae on openness, empathy and why having a network is invaluable

Shu Han Lee, strategist at 18 Feet & Rising, on the benefits of ‘random’ experience