Advice — How to keep your side project going: Tips from BRICK magazine, Hoverstat.es and Collage Club

Quarantine and self-isolation have kickstarted many passion projects, but how do you keep the passion burning? As someone who has experienced his own project fizzle out, Callum Green, senior creative at Anyways, wants to help. Here, he reflects on his own learnings, and calls upon the founders of BRICK magazine, Hoverstat.es and Collage Club to share their advice on keeping the momentum up.

It has been over a month since the UK went into lockdown. For non-key workers, that means a lot more free time, and as a result, we’ve seen an uptake in quarantine hobbies and new self-initiated projects. All of which have provided some much-needed outlets in these muggy, isolated times.

Seeing all of this reminded me of when I ran an online basketball magazine, COURT Basketball, with my good friend, Louis Bennett. Having balanced Court alongside a full-time job, what had started out as an exciting passion project slowly lost momentum. Since I don’t want this to be the fate for the self-initiated projects I’ve seen cropping up over the past few weeks, I wanted to share advice on how to keep them going. Alongside my own learnings, I’m also sharing wisdom from those who have made it work: BRICK magazine’s Hayley Louisa Brown, Collage Club’s Stephanie Hartman and Hoverstate.es’ Mike Guppy and Daniel Powell.

Don’t be too precious
When running COURT, both Louis and myself were never satisfied. We were always tweaking, changing, adding, and never finishing things off in a timely manner. This meant it took a lot longer to move onto our next idea. If your project isn’t paying your bills, you have the luxury of being a little more flexible. Remember that doing something you enjoy in your free time isn’t the same as delivering new brand guidelines to a multinational company.

Don’t run before you can walk
One of the reasons that we were overly-precious with COURT was that we wanted it to be a huge success. We had seen what similar magazines in the football world had done and wanted to replicate their success from the off. This meant that we brought additional pressure to the work we were doing, which instantly made it feel more like a job than anything else.

Don’t be scared to ask for favours
Knowing our shortcomings, and understanding when we needed to ask for advice, was a massive help as COURT grew. Running a digital magazine required a host of different skills, most of which we hadn’t even envisioned when we set it up. So not being protective and reaching out to friends helped spread the work and allowed everyone to focus on what they found fulfilling. 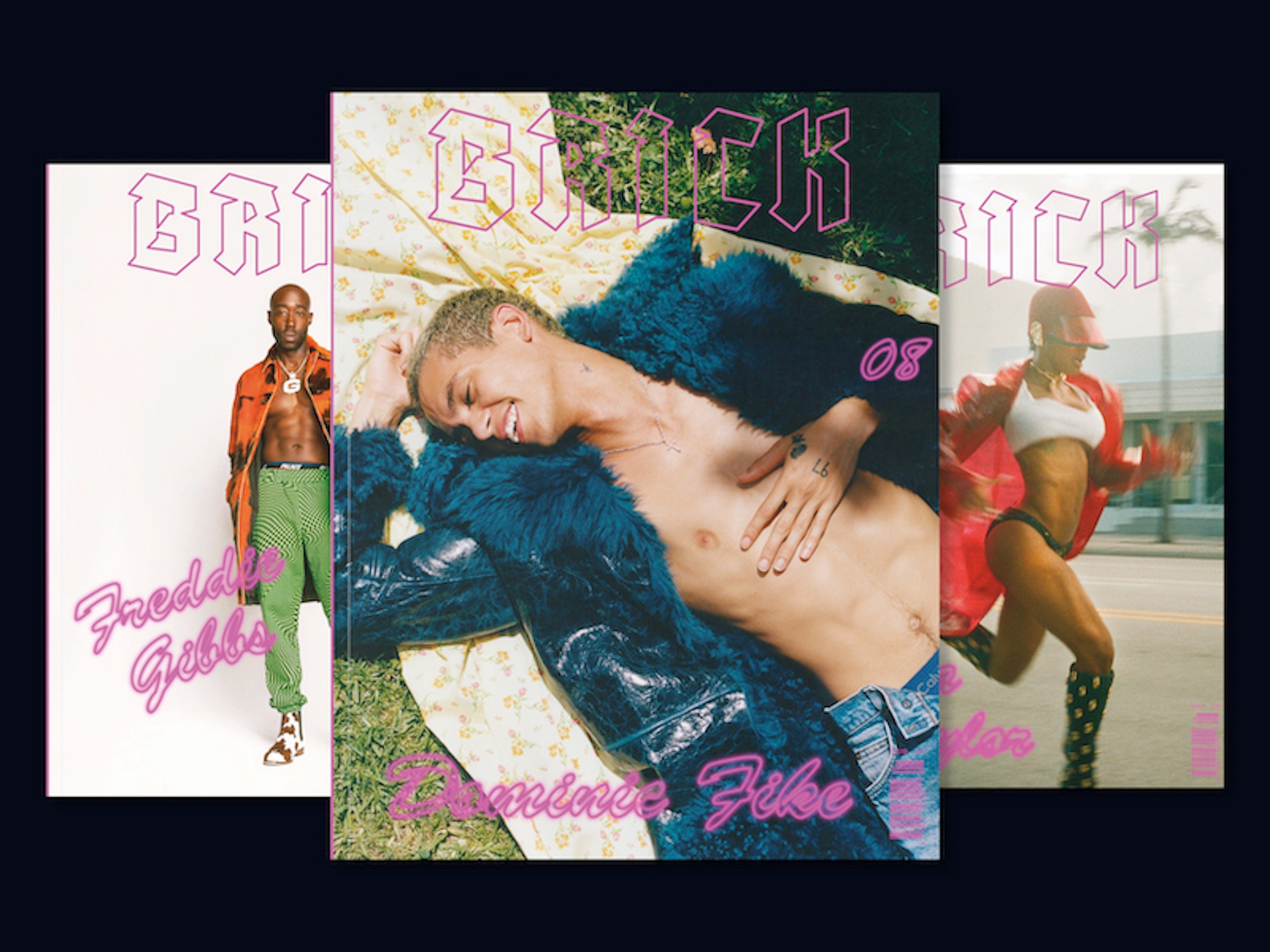 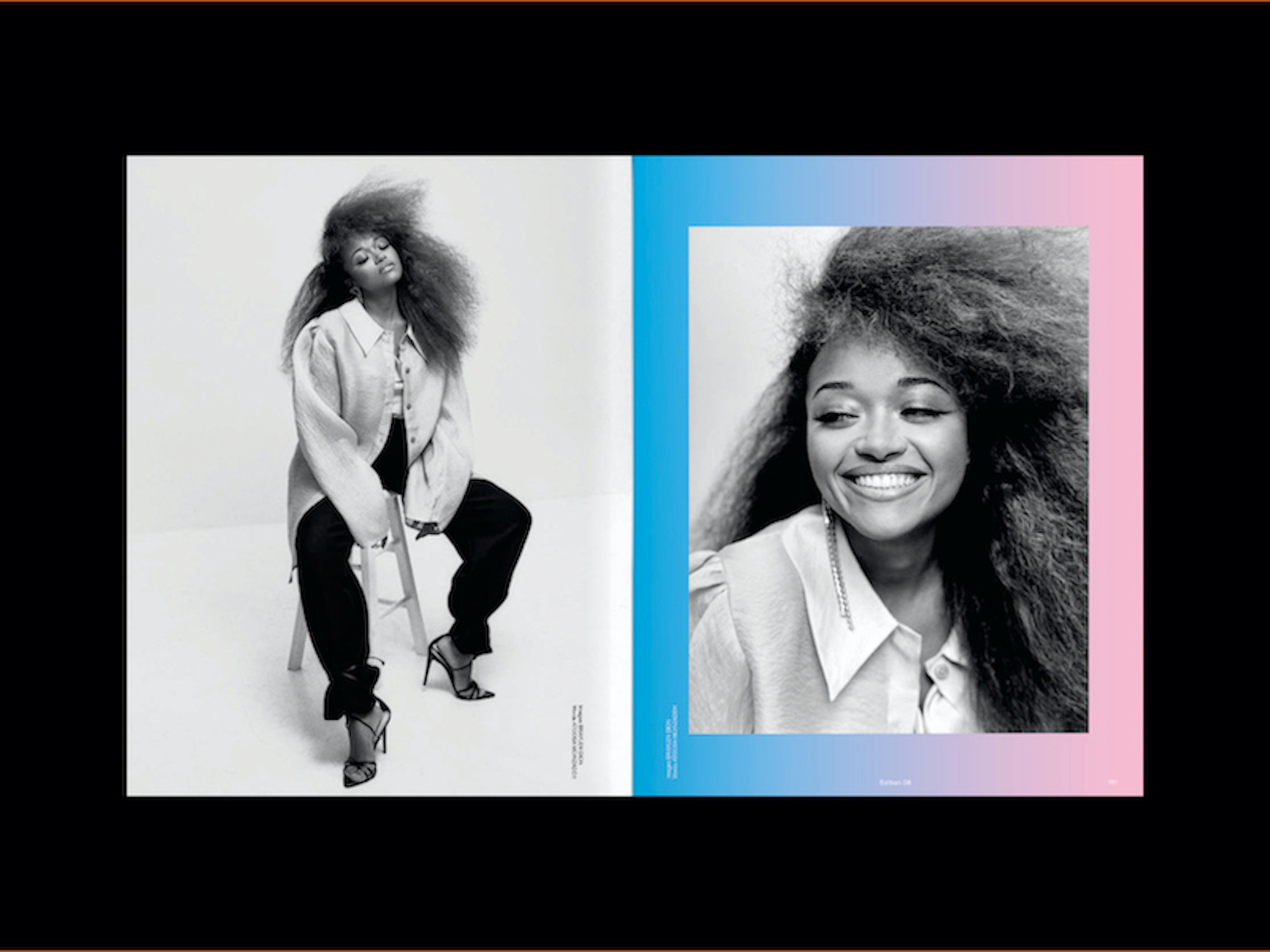 Spread from an edition of BRICK 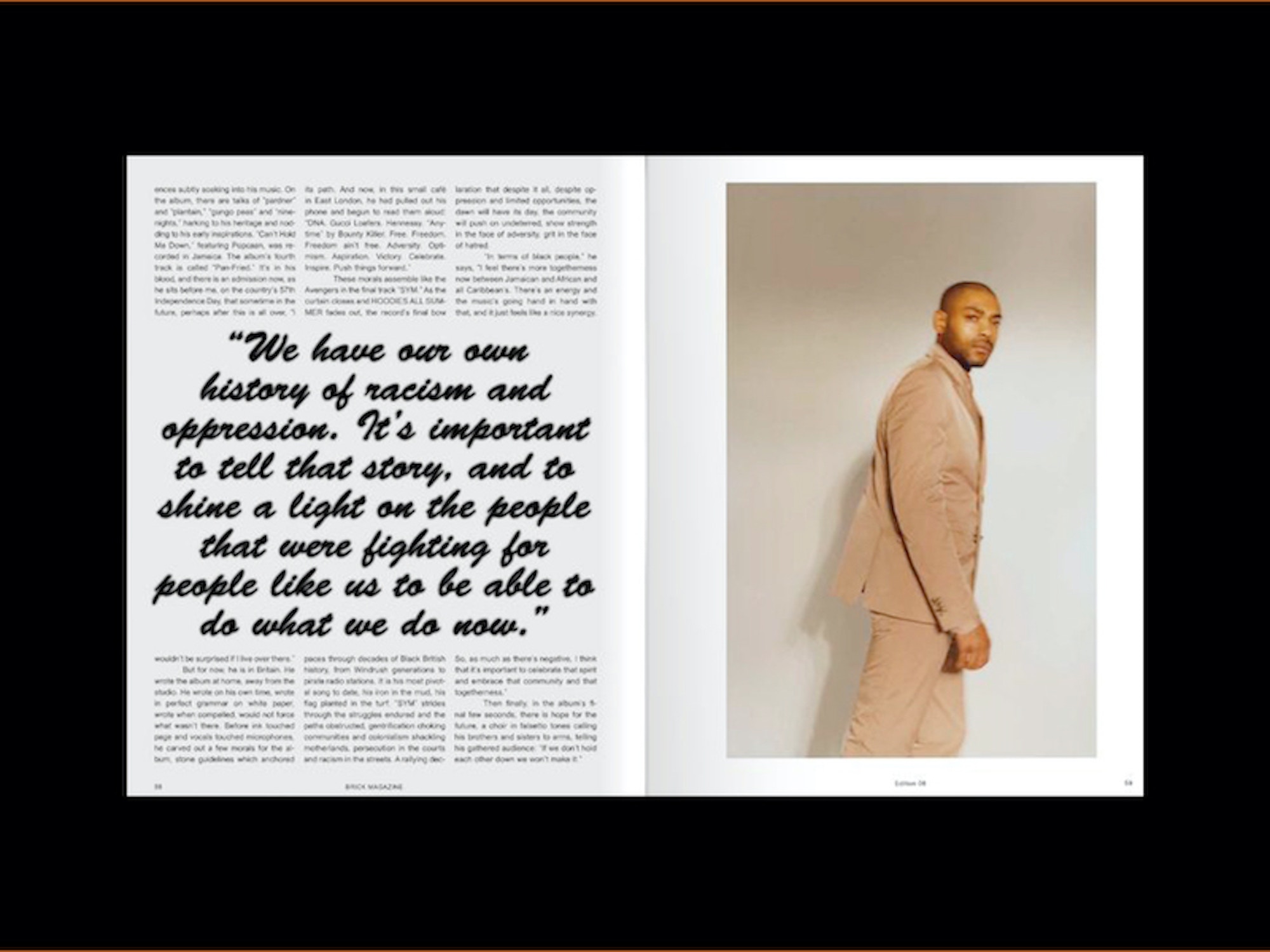 Spread from an edition of BRICK

Keep things separate
Hayley’s first piece of advice is to keep projects and workflow separate, especially when it comes to communication. She has separate inboxes for BRICK and her other projects, which sounds arbitrary, but if she is working intensely on one project more than the other, having a break from the corresponding inbox for a day or two “can help me to focus more intensely on what’s most pressing.”

Create manageable to-do lists
Writing to-do lists and seeing tasks with an empty tick-box next to them makes the tasks real for Hayley; “They feel more like legitimate jobs that need to be done, rather than just ’hobbies. Treat them like you have a boss that’s going to yell at you if you don’t get it done!

Your to-do list shouldn’t just be full of large, daunting tasks, as this can make you avoid them altogether. “Thinking you have to do everything at once, and get it right first time, is so destructive,” Hayley says. Break larger tasks into smaller steps: “Writing ‘Shoot one: Fashion editorial’ can feel huge – but writing “Look at three books for shoot references” and so on, are more achievable goals. They add up, and before you know it you’re at the goal that seemed impossible.” 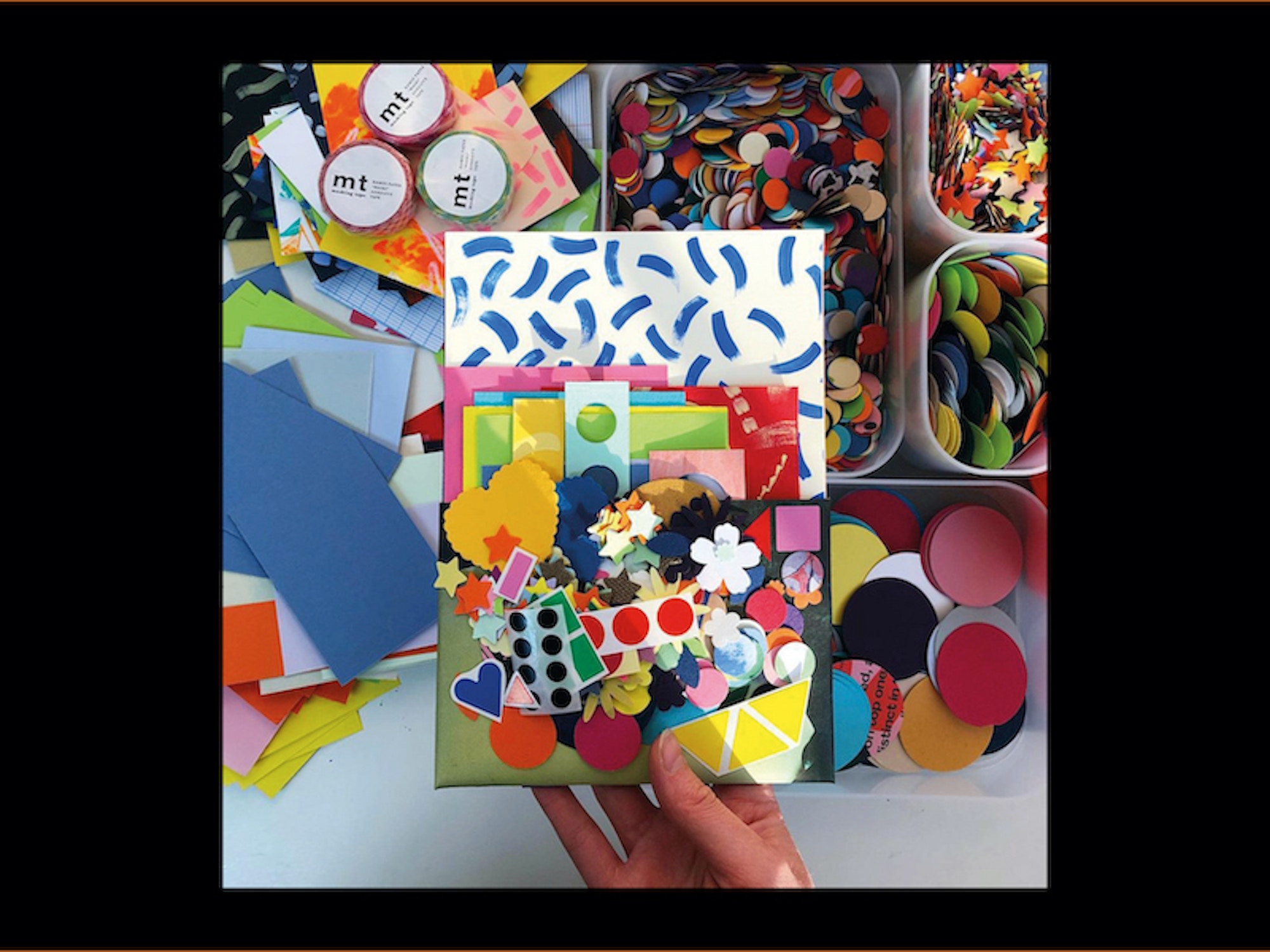 Stephanie at a Collage Club event 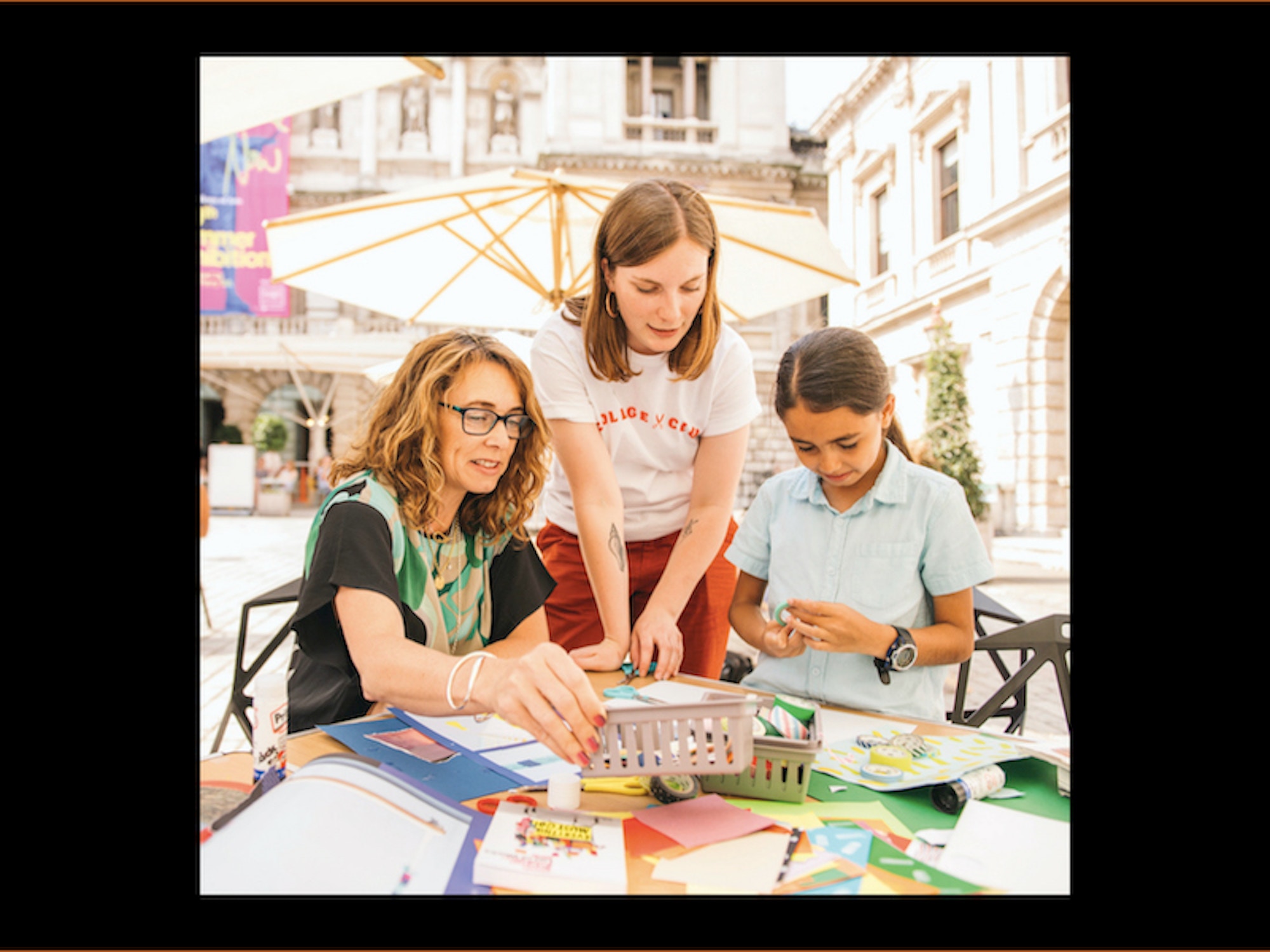 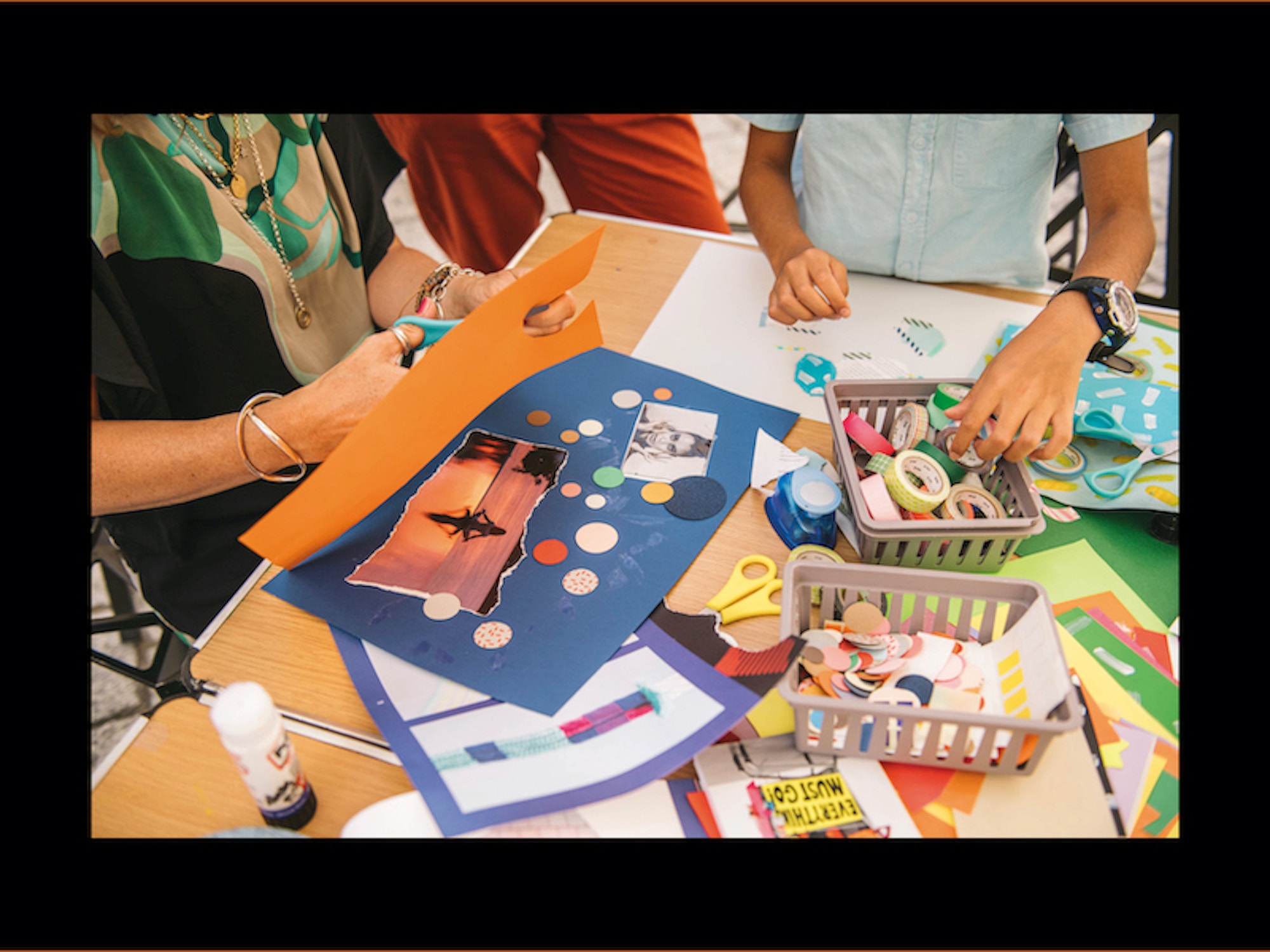 At a Collage Club event

Stephanie Hartman splits her time between running events at magCulture and doing some freelance writing. The rest of her time is spent at her studio in Borough where she works on Collage Club, a workshop series celebrating the art of cutting and sticking.

Set your days and priorities
Having separate days dedicated to her event production role and to Collage Club has really helped Steph keep on top of both. As the roles are fairly different, it has given her clarity on what to think about, and what headspace to be in. This has allowed her to keep from being overrun by too many roles at once, and why she “still finds [Collage Club] so fun and exciting to run.

Up until last May, Steph was also working a couple of days a week as a freelance writer, but juggling roles became difficult. As Collage Club grew, Steph decided to prioritise and give it more attention. In her words, “It was the best thing I could have done.”

Ask for help as you grow
“If you find that your project has become bigger than you’d initially planned (in a good way), it’s important to know your strengths and weaknesses and where it might be best to ask someone for help in order for the project to develop.” This means you can spread your workload, rather than keeping everything to yourself.

Remember to check in with yourself
Steph also recognises that the current lockdown has blurred working hours for many, resulting in a growing conversation around protecting mental health. “I’ve ended up working more bonkers hours than before the pandemic to keep up with the demand.” To combat this, Steph regularly checks in with herself, and makes sure she takes full days off to ease the pressure. 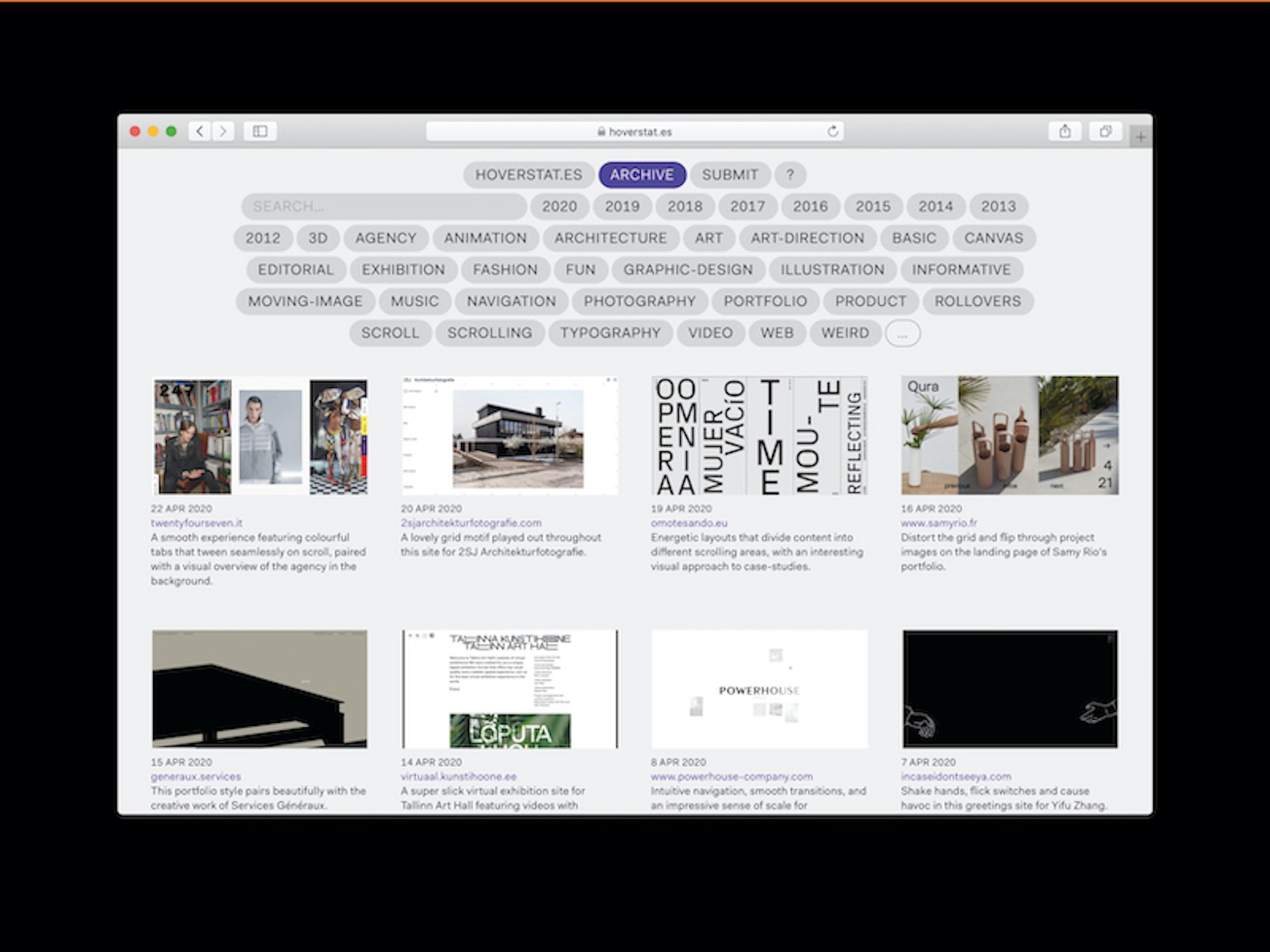 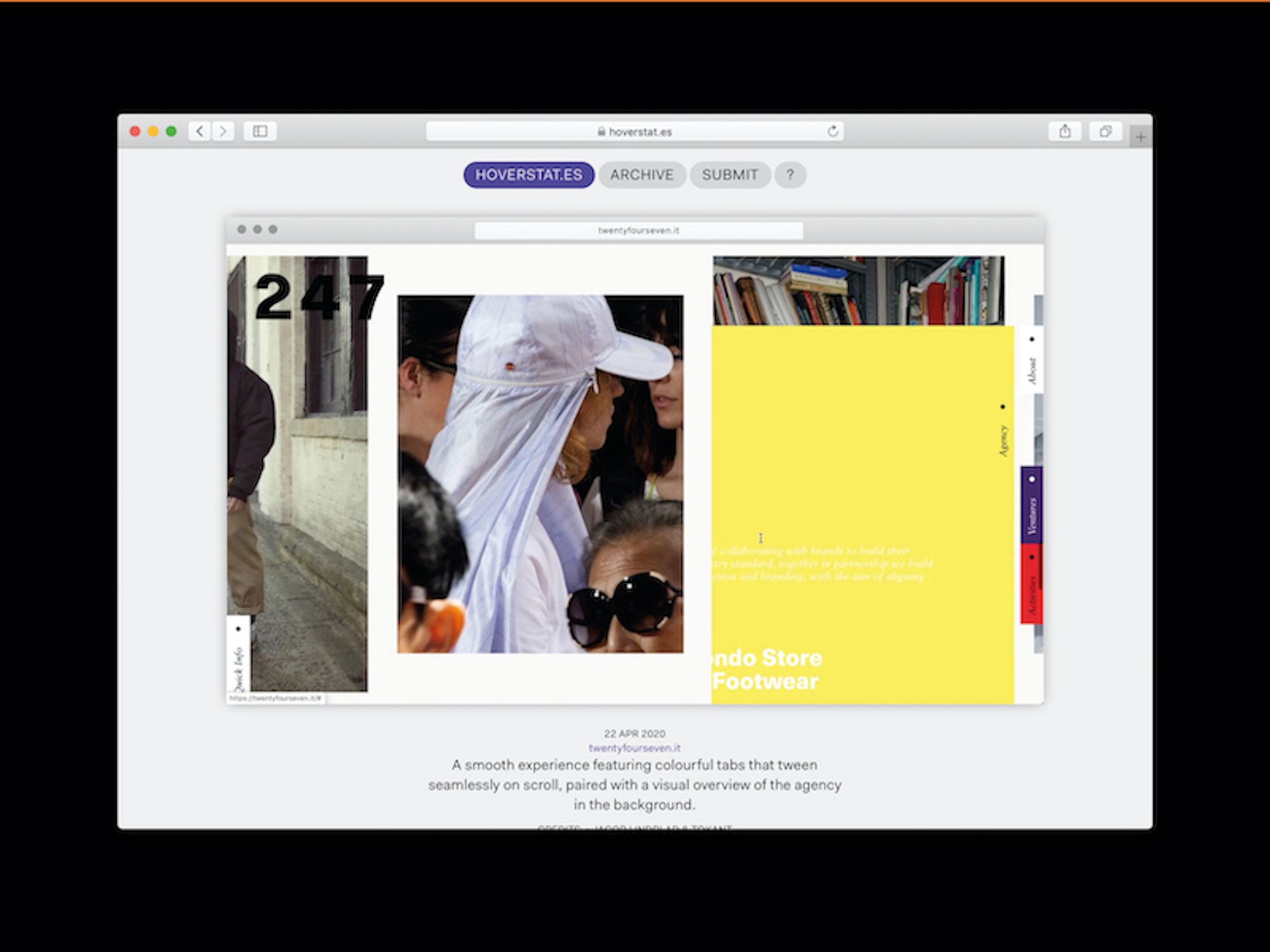 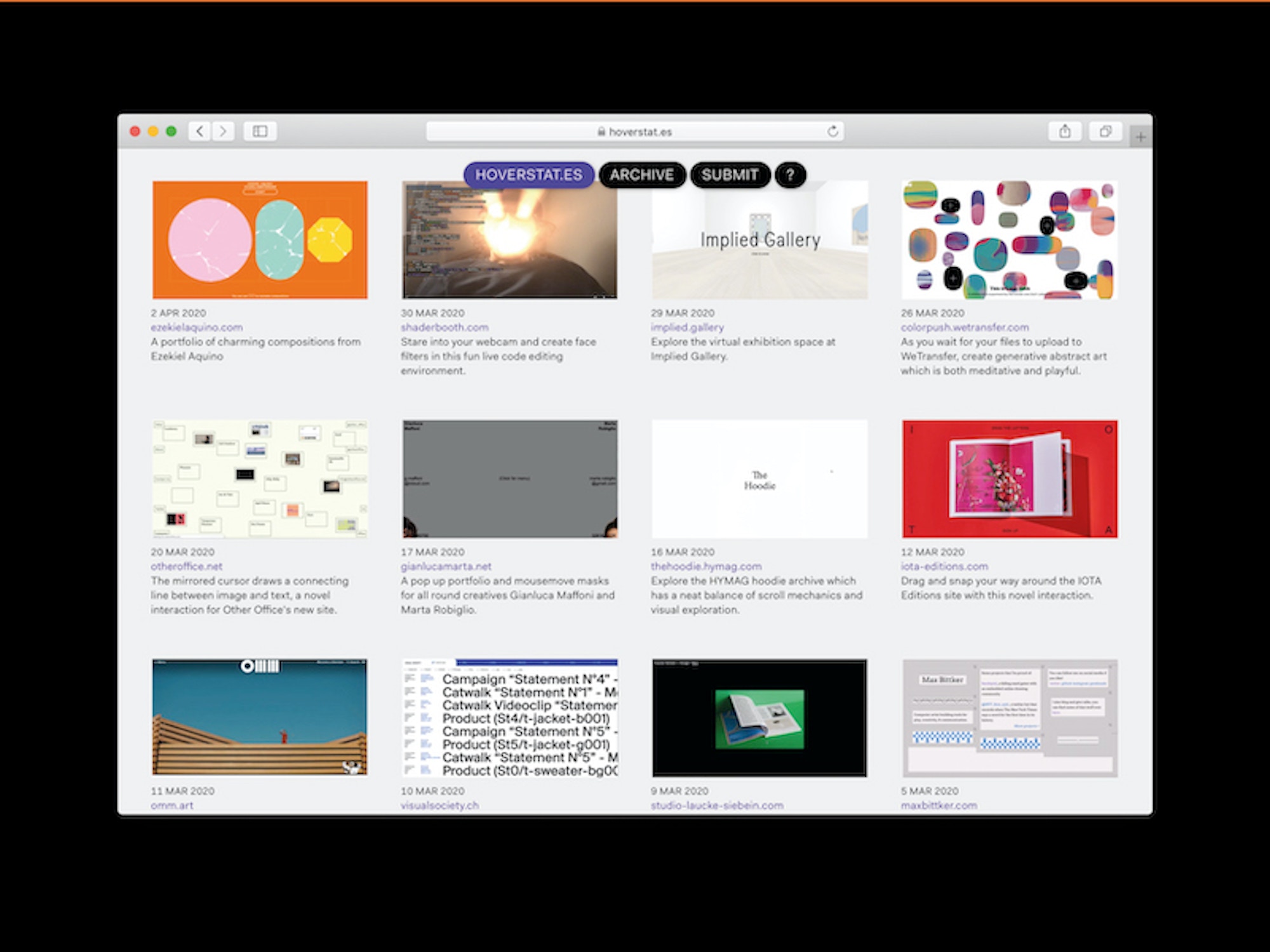 Mike Guppy and Daniel Powell met on the graphic design course at Camberwell College of Art in 2009, and continued working together after graduation. Since 2012, they have been running Hoverstat.es, an online resource for web design inspiration.

Choose the right tools and team
Hoverstat.es started while Mike and Dan were both working at Animade. When they both left, it became a project that they ran as a group of freelancers all working from their own spaces: “It was quite challenging to keep the same momentum we had as a team in a company,” they recall, but deciding which tools would be most beneficial, like Slack, helped them keep connected and organised. “What has also helped immensely is that we are firm friends who trust each other completely, so that makes things way easier.”

Don’t be a martyr
The recent redesign of Hoverstat.es was almost three years in the making, which came from Mike and Dan’s ethos of not putting too much pressure on themselves: “It can feel frustrating when things are not moving quicker, but if you chip away at it then it will come through eventually.” Taking breaks, either short or long-term, can also be beneficial to your project. Coming back to something after your brain has had a chance to process and digest problems is a luxury that isn’t common in the commercial world, so you should embrace it where you can. In their words, “Self-sacrifice is not worth it. No one really cares if you have worked thousands of hours and gave up all your evenings and weekends.”

Progress is still progress
Finally, if you do find your project is reaching a lull, know that this is okay! “We can only recommend doing something you enjoy and if it progresses slowly, it doesn’t matter, it’s still progress. We’ll continue to post all the weird and wonderful websites we see out there, and there doesn’t seem to be any indication that it’s slowing down!”

Find a friend, give it a title and use your job: We get some top advice on side projects

Celebrating single Black mothers: Filmmaker Timi Akindele-Ajani on the process behind a two-year side project