Photographic assistant Gareth Williams has spent much of the past year rigging lights in the rain and watching football matches in the back of vans. But he maintains that being soggy at shoots isn’t enough to detract from the satisfaction of seeing a project come together. Having assisted photographers on shoots for Sainsbury’s and directed title sequences for Channel 4, he’s now set his eyes firmly on establishing a career as a photographer in his own right. We caught up with Gareth in his latest role as first assistant to still life photographer Richard Foster as he talks technical precision, gaining industry insight and the importance of putting together a good playlist. 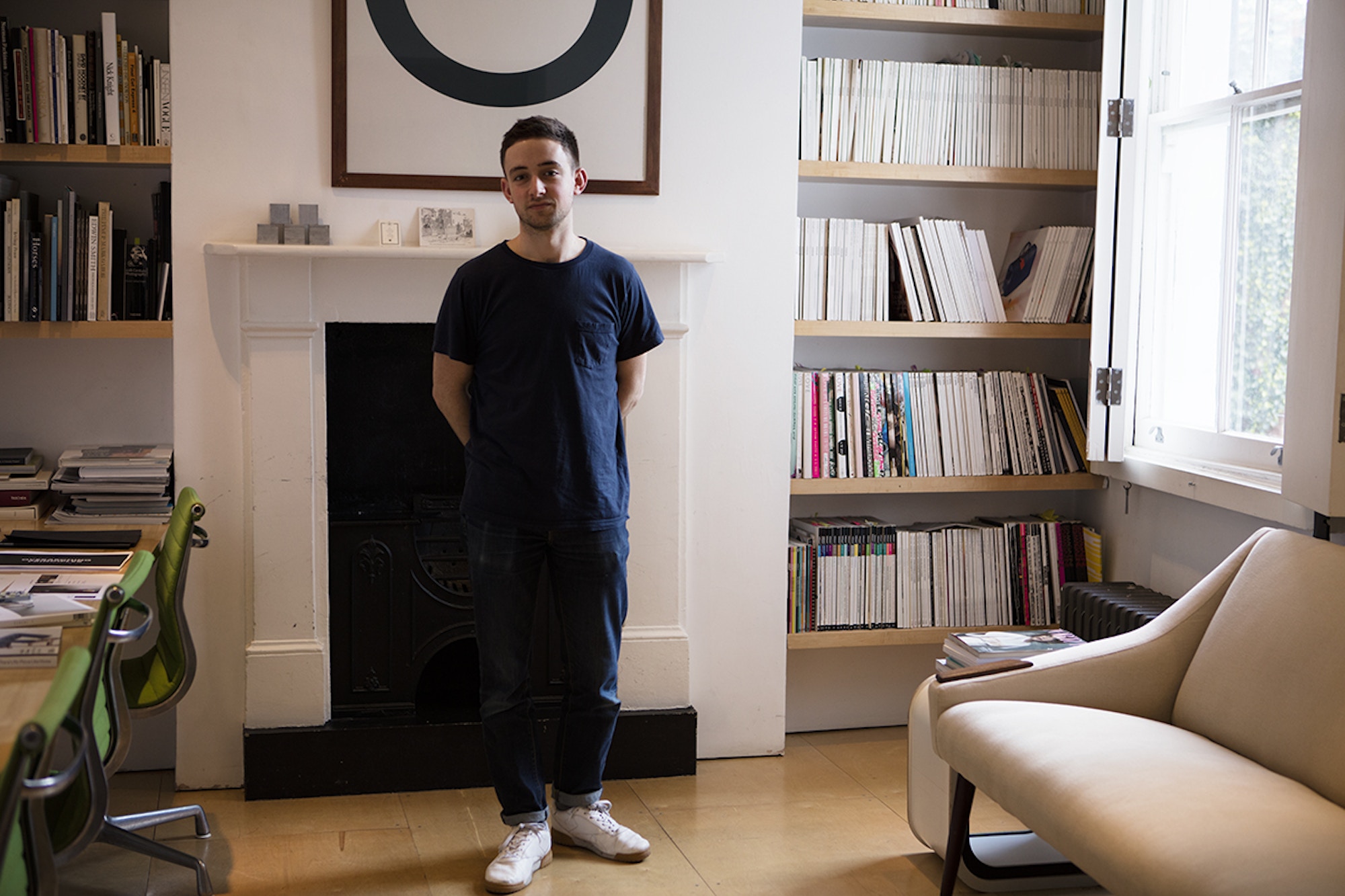 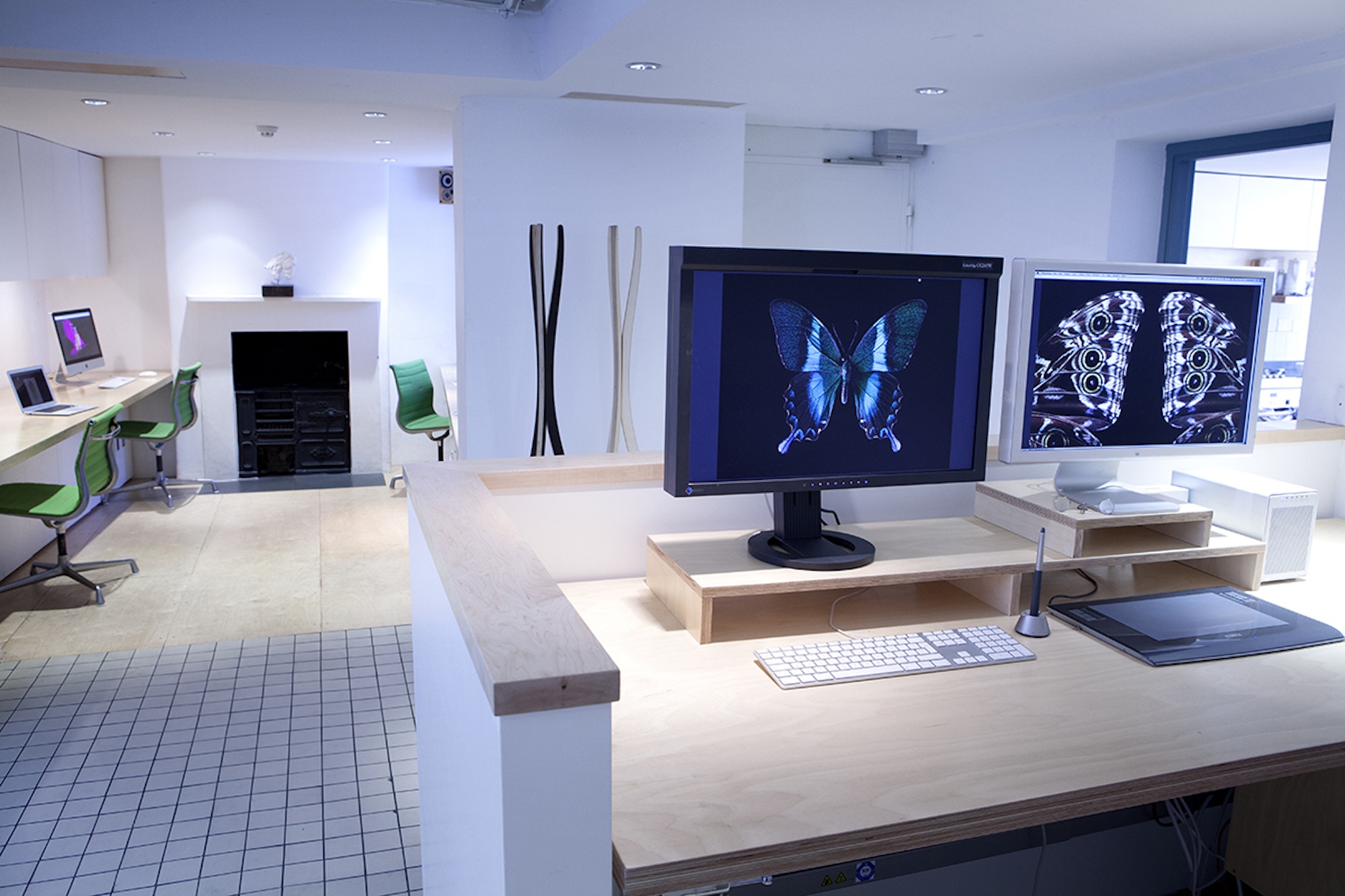 How would you describe your job?
I am the First Assistant to photographer Richard Foster. I assist on all shoots, but also help with job pitches, maintaining the equipment, file management, and technical testing for upcoming jobs. Most recently I’ve been spending some time with printers in preparation for a book Richard is publishing alongside an upcoming exhibition.

What does a typical working day look like?
Myself and the studio manager Rebecca tend to get in early and have breakfast, get some music playing and plan the day ahead so that we have a schedule ready for when Richard arrives.

It’s a cliché but everyday is truly different. We might be at the studio discussing frames and testing for upcoming shoots, or out on location shooting sculptures in Surrey and flying drones. (Richard’s just bought one, so drone talk is top of the agenda).

I previously worked as a freelancer and would often start early and finish late, but this job feels much more stable in terms of working hours: 9am–6pm or 8am–7pm on shoot days. It’s a luxury that comes with being an established photographer and having your own space.

How did you land your current job?
I previously worked with photographer Ben Swanson who saw the role advertised and suggested I go for it. (Thanks, Ben). Having previously worked as a freelancer and a Studio Manager, I had a well-rounded view of different aspects of the industry, so I think that gave me a certain edge. I’d also worked on a few freelance jobs with Richard during the interview process which gave me an insight into his working style.

“I love seeing the journey an idea goes on from being a drawing on a page to a physical structure, a still or a moving image. It’s why I got into photography”.

Where does the majority of your work take place?
Richard is a still life photographer so we are mostly studio-based. But we occasionally go out on location and work in bigger hire studios if the job requires it.

How collaborative is your role?
The process itself is entirely collaborative. Richard and I will work together on technical aspects of jobs but from art directors, producers, freelance assistants, editors, graders and VFX artists, to our in-house retoucher Jon Gibson-Skinner, (always there to cast an eye over a focus stack and work his magic in post-production) and our studio manager, Rebecca I don’t know how we would function as a studio.

Photography is an absolute passion for people in this industry and it’s an innate part of their personal life, too. I had to bail on a dinner last night because plans changed at the last-minute for a shoot we had organised outside of London. But that’s the nature of the job. At assistant level the best rule is to never make evening plans because you won’t be able to make them 90% of the time.

What has been the most exciting project of the last twelve months?
That’s a hard question – it’s been a good twelve months! I’ve been able to travel abroad and assist some great photographers. I assisted photographer David Sykes on the new Sainsbury’s campaign for Wieden+Kennedy which has just launched, but I’ve also been picking up some moving image work. I collaborated with Lucy Hardcastle on a Channel 4 title sequence with for a show called ‘Best Before’ and was Director of Photography on a project for Isabel+Helen that was directed by Ben Swanson.

“If you are a nice person to have on set then you will be asked back”.

What skills are essential to your job?
As an assistant, it’s helpful to learn how to use the equipment early on. As a studio manager I was lucky to be working with it everyday; my iBooks was full of very dull manuals. A basic knowledge of Capture One pro and Photoshop are also essential.

In all honesty, a good work ethic will help you go far. You might be spending up to eighteen hours on set and you need to be willing to work as a team. Sometimes it’s not about knowing everything but being willing to listen and collaborate. Some photographers will want to tailor an assistant to their style and be able to trust and rely on them. If you are a nice person to have on set then you will be asked back.

What tools do you use most for your work?
I’ll use an Apple Mac and several cameras including Phase One, Linhof, Hasselblad, Canon, Nikon, RED of which we’ll use Arri, Profoto, Broncolour and Elinchrom daily. There’s always flash and continuous lighting and a Manfrotto for grip. Digital programmes will range from Capture One Pro, Phocus, Photoshop, Chronosync, Helicon focus, Cam Ranger and Sinar Shutter release.

I’ve also always got a pen and paper (normally Muji) in my pocket for making notes. Settings on lights and cameras often change, so it’s good to keep track should you ever need to return to older set ups. 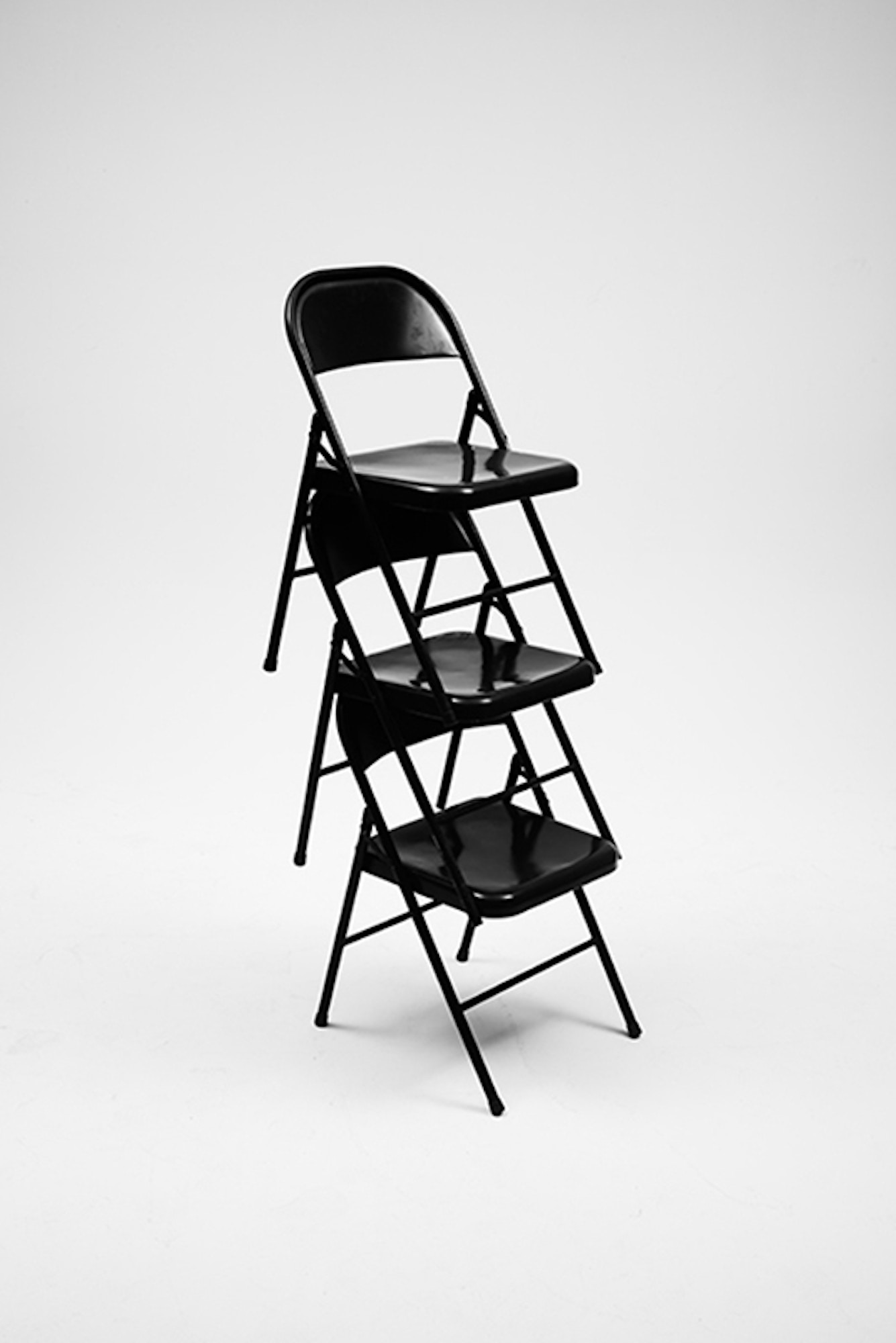 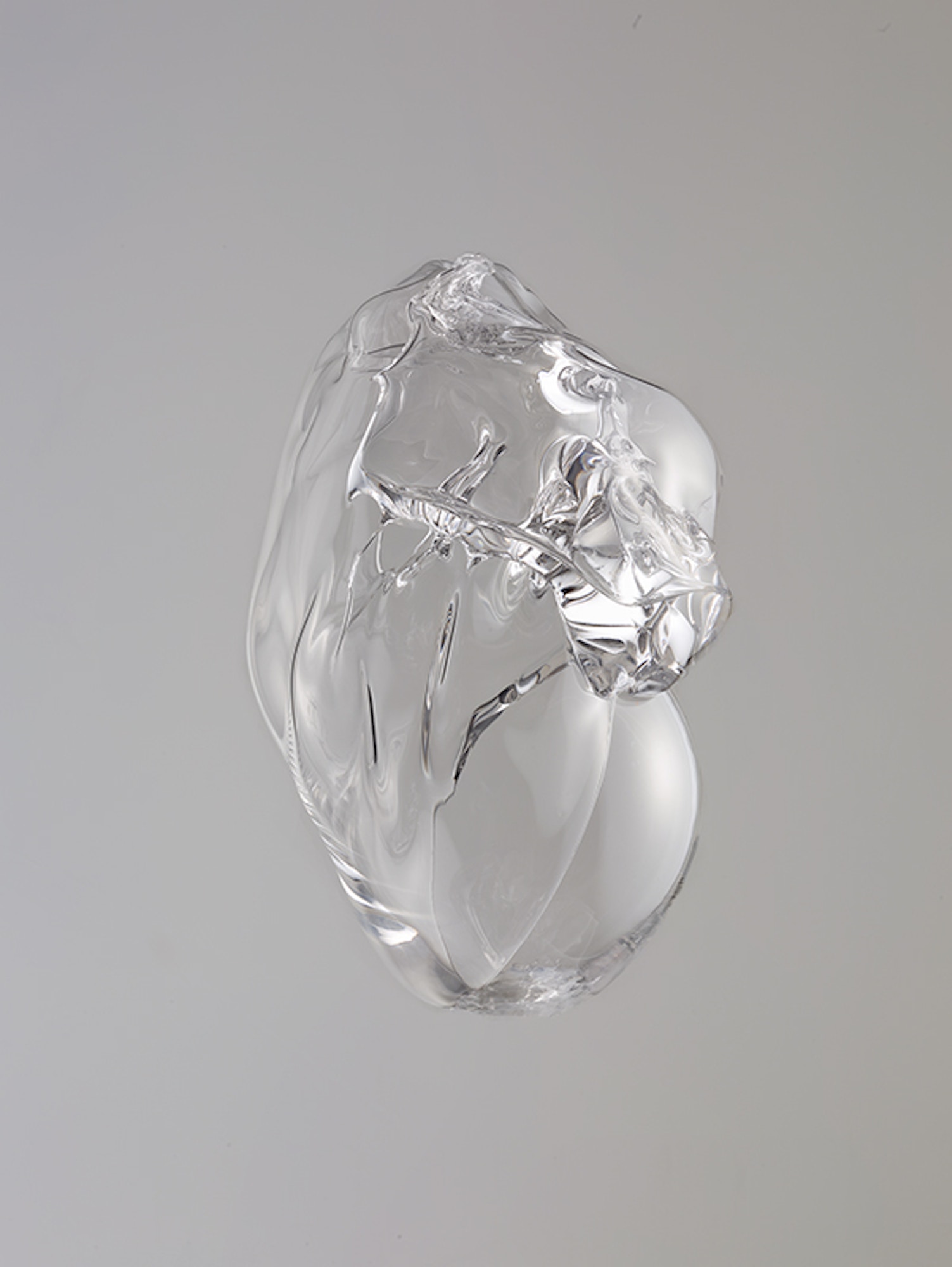 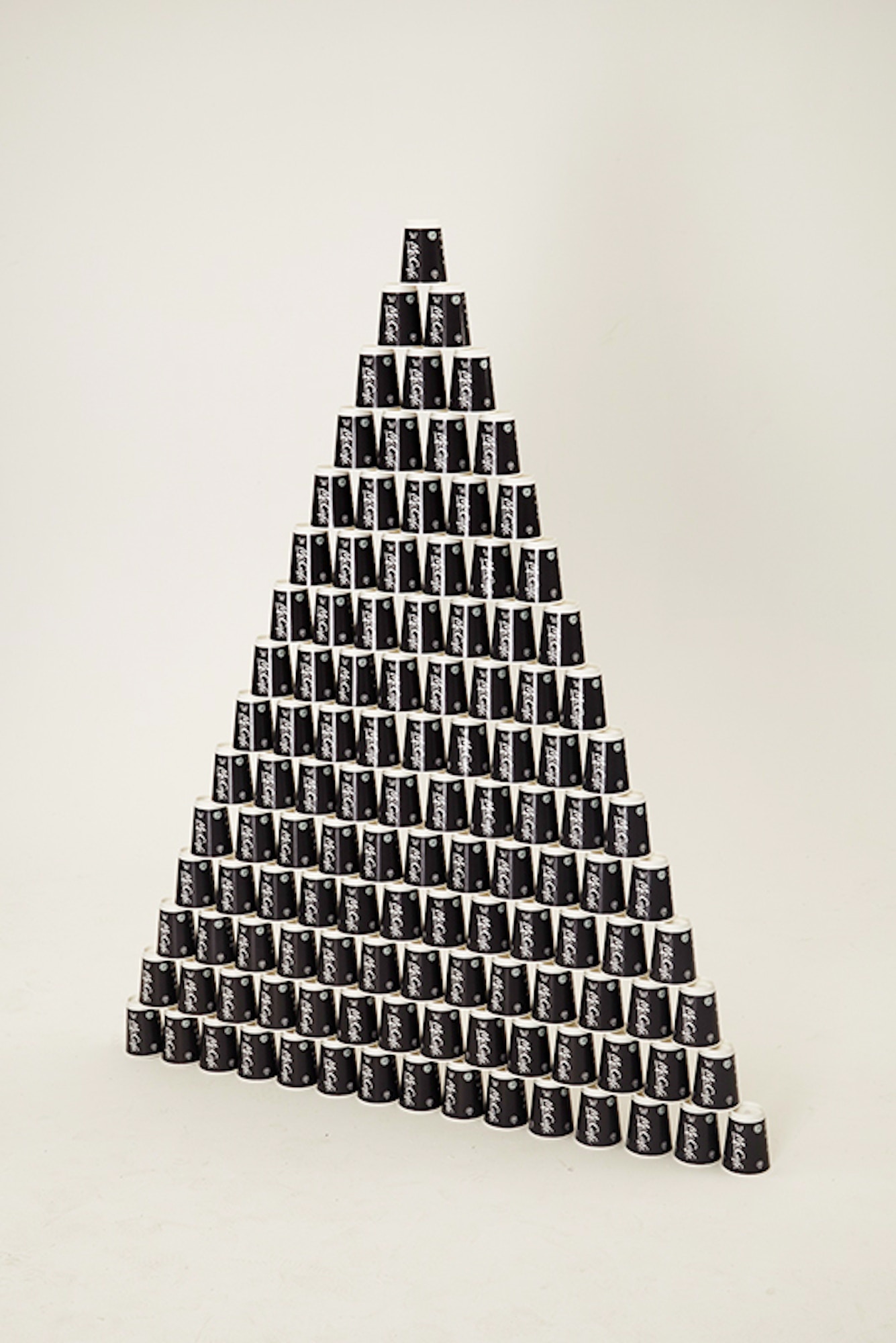 What did you want to be growing up?
I was never one for tying myself to one thing. One minute I wanted to be a pro-skateboarder, the next a carpenter or fireman. But when I was 17 I developed a real interest in photography and art as a way to question the things around me.

How (if at all) is the subject you studied useful to your current role?
I studied photography at LCC. I think it helped me critically examine my own work and the work of others. My current role is particularly technical, but the course at LCC taught me how to interpret a photograph as a way of enhancing the end result. I also learnt a great deal about shooting film and darkroom developing techniques. A couple of the photographers I’ve worked for are still shooting on 5x4 and 10x8 film formats, and with the slight resurgence in the use of film in fashion, that knowledge has really paid off.

What were your first jobs?
At university, I interned for Solent News and Photo Agency, HotShoe Magazine and Broomberg & Chanarin which helped in gaining numerous insights into different aspects of the industry. I think it’s good to be honest and say that it’s a hard industry. After graduating, I worked as a freelance assistant but also as a barman part-time. It takes some time to build up contacts and work, but the bar work helped facilitate this. I assisted at Street Studios and worked my way up to Studio Manager which I took on full-time for a year and a half before returning to freelance work as an assistant and lighting technician.

“It’s good to be honest and say that it’s a hard industry. It takes some time to build up contacts and work”.

What in particular helped you the most at the start of your career? I honestly think it’s down to one person who I haven’t yet had a chance to thank: my tutor at LCC, Esther Teichmann. I wouldn’t be where I am now had Esther not recommended me to intern for Broomberg and Chanarin. The people I met as a consequence of that got me my first assisting roles.

I previously collaborated with Lucy Hardcastle on a music video that led to us working on the Channel 4 title sequence for ‘Best Before’. It pushed my knowledge of high speed moving image and lighting to another level. I read an 80 page manual and watched endless YouTube videos to learn how to use a Phantom for that music video. Most of my friends who work in camera departments thought I was mad, but it paid off.

What skills have you learnt along the way? I’ve learnt a lot technically in terms of lighting, electrics and computer software. Software and equipment is constantly progressing, so it’s important to keep on top of it but also not to get too preoccupied by it. Ultimately, if you’re looking to develop as a photographer or a director, the creative aspect should take priority.

Best Before for Channel 4, with Lucy Hardcastle, 2015

What’s been your biggest challenge?
I think the biggest challenge (as easy as I made it sound earlier with recommendations) is getting into the industry. A lot of it is about knowing people. Be nice to other assistants – they will help you get work, and break that inner circle.

I panicked for a month or two, constantly emailing, having endless meetings over coffee with photographers and thinking it would never happen. With hard work and persistence the gates eventually open and then it’s a case of proving you are worth having around. Once you reach a certain level you become a valuable assistant because of the knowledge you possess and as you become better known you’ll grow a roster of regular clients.

Is your job what you thought it would be?
I’ll start with the biggest misconception: not all photography shoots are “cool”. A lot of time is spent backing up files, hauling equipment up and down stairs, rigging lights in the pouring rain and sitting in the back of vans on breaks while watching the football on an iPhone while your mates are at the pub. But those situations are often both absurd and humorous at times. It really is a fantastic job and the moment you see that TV show, film or book you’ve helped work on gives you an immense sense of pride.

What would you like to do next?
Become a photographer and director. Definitely.

Could you do this job forever?
No, I don’t think so. Richard is very nurturing and supportive, and working with him has given me the chance to build a strong portfolio. It’s a great environment to be in, but I took this job as a means to becoming a photographer and director in my own right. Don’t get me wrong – this is a legitimate career, but as much as I love helping others I would be failing myself to not pursue my own work.

What advice would you give to a young creative wanting to become an assistant?
Put together a really good playlist. It’ll help with the numerous hours you’ll spend on set…and stop the photographer constantly asking, ‘Why has the music stopped?’

The messy truth: Is it worth entering industry awards?

Three ideas for making extra income from your creative skills