Having studied a Masters in maths, Gabriel Schucan isn't your typical freelance storyboard artist. His passion for film emerged when helping out on student projects on the side of his degree, and snowballed to the point where he decided to move to London to try his luck in the film industry. His day-to-day can range in scope from drawing up existing sketches to working closely with a director to devise and draw every scene of a film or advert. Having been freelance for just over ten years, he’s created storyboards for major animation and film studios (think Aardman, BBC and Nexus), and recently worked on upcoming BBC and Netflix miniseries Watershed Down, which stars James McAvoy and John Boyega. 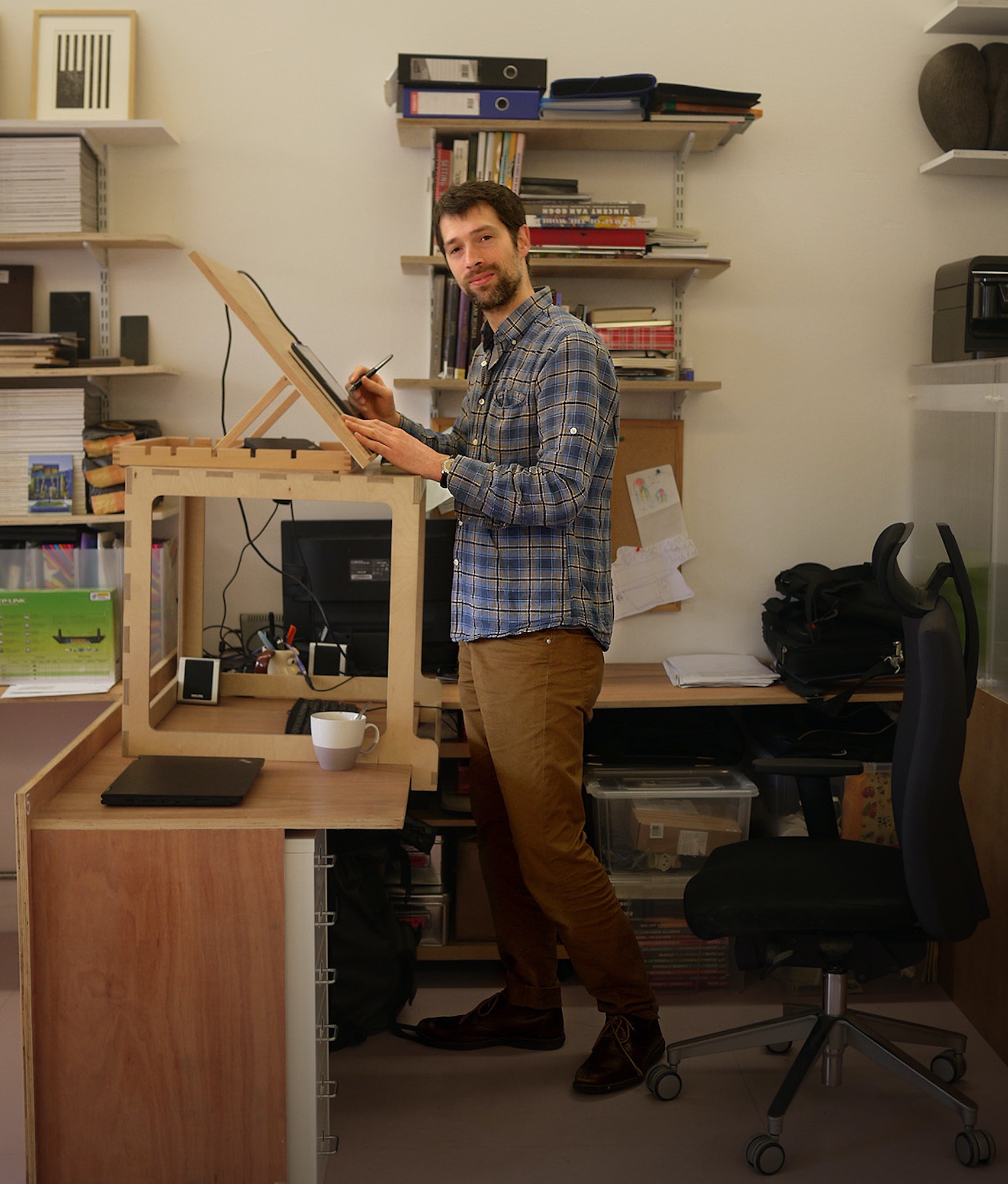 How would you describe what you do?
I draw storyboards. In the past I have worked a lot on commercials but the last few years I've moved into children's TV shows and feature films. The storyboard is the bridge between the written script and the visual film. Usually I meet with the director for a briefing and they’ll talk me through the script, hand me their own thumbnails for me to draw up, or sometimes we’ll work out how to best tell the story together. I either get a script beforehand to read, or we read it though there and then. The director will tell me about any shot ideas then it's up to me how to best stage the scene.

What does a typical working day look like?
I go into central London for briefings, which take an hour or two. I’ll sit with the director and make some rough sketches, and then I'll go back to my office to draw it up. Commercials tend to take two to three days, and films much longer. I have a desk space in a shared office and spend most of my time there. My hours are generally 9am-6pm. Sometimes I have a week or two without any work, and at others I'll have to work late or have to work at weekends.

How do projects usually come about?
It's mainly word of mouth. I tend to work with the same directors or production managers.

“The storyboard is the bridge between the written script and the visual film.” 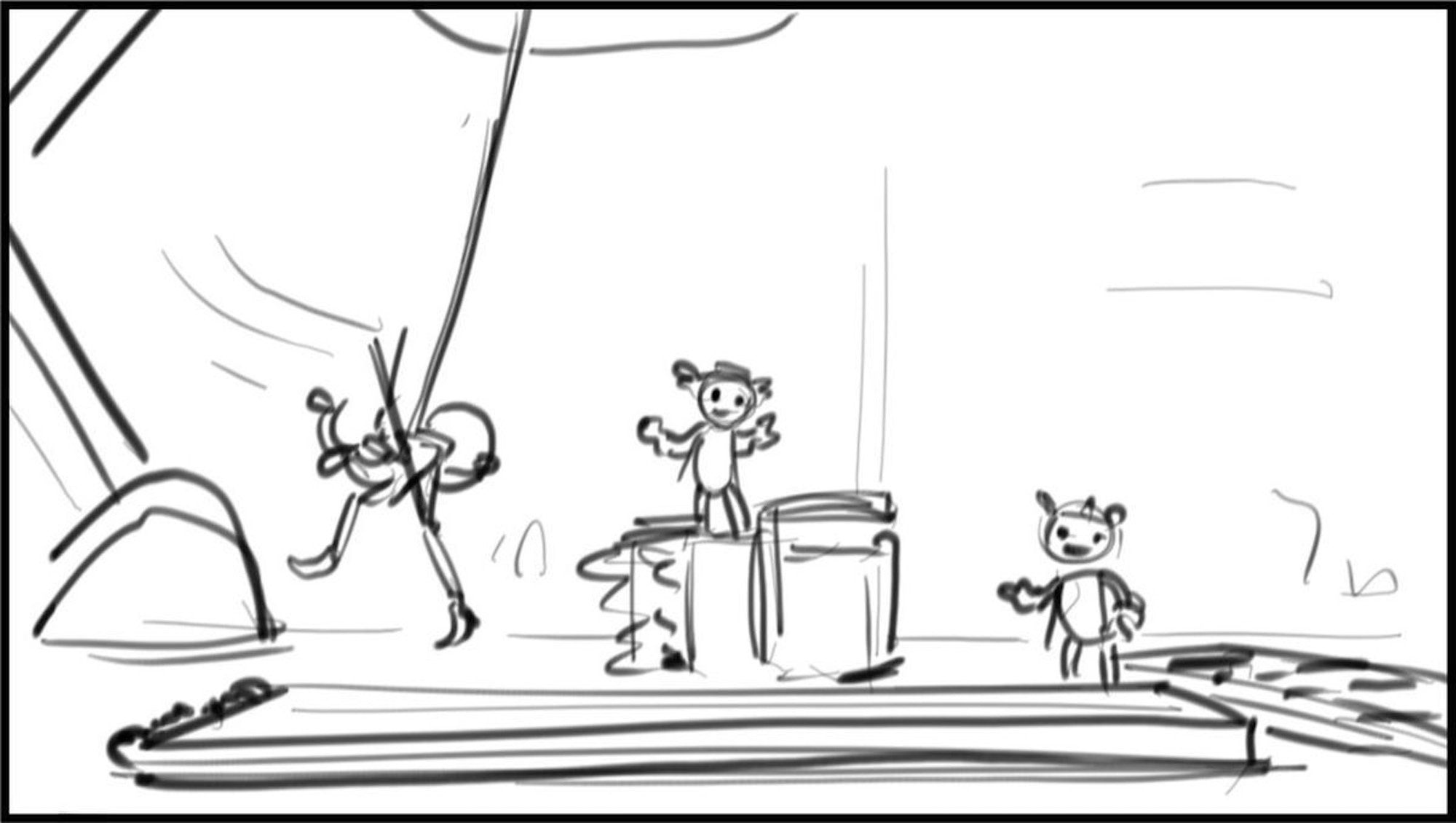 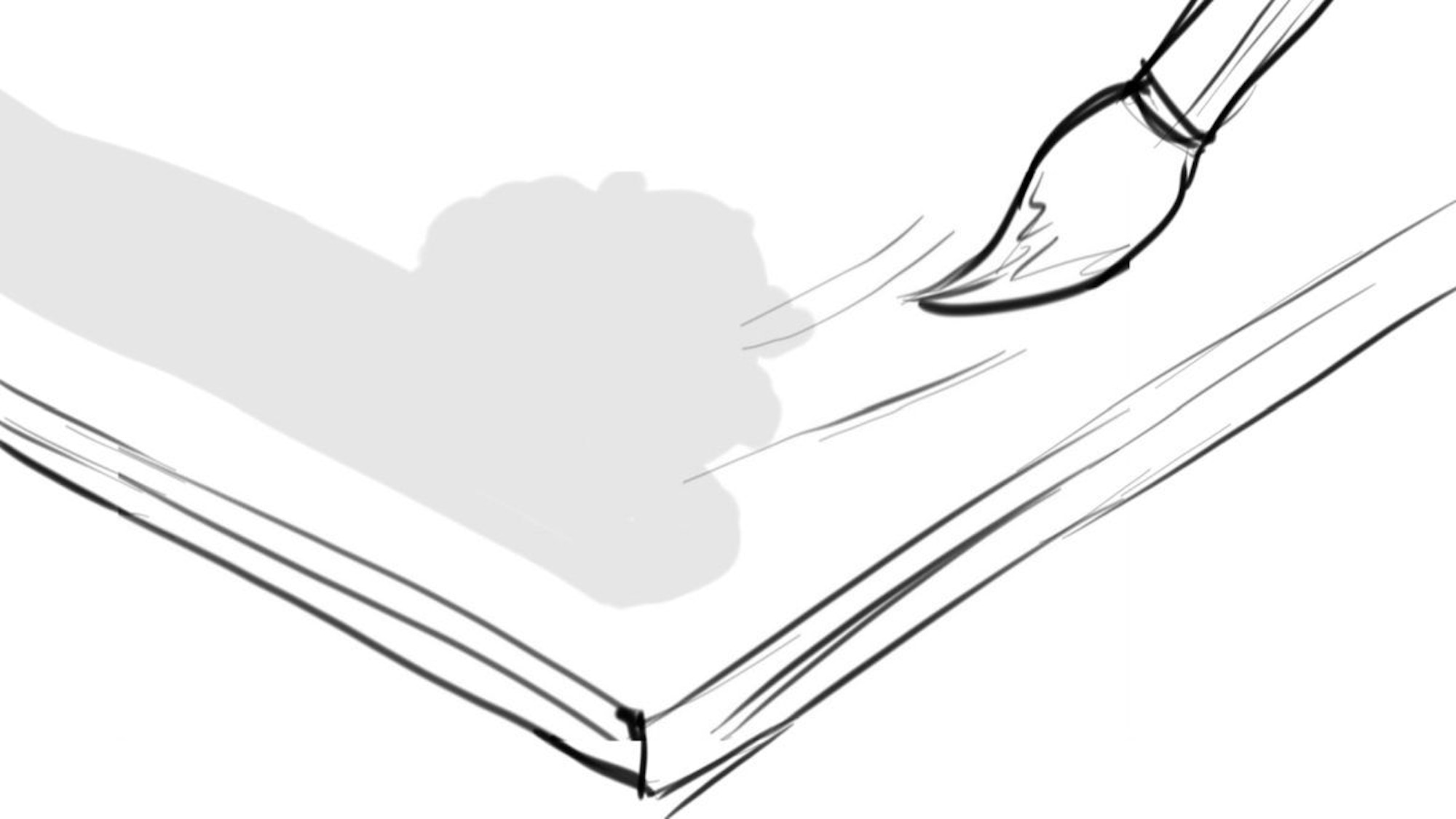 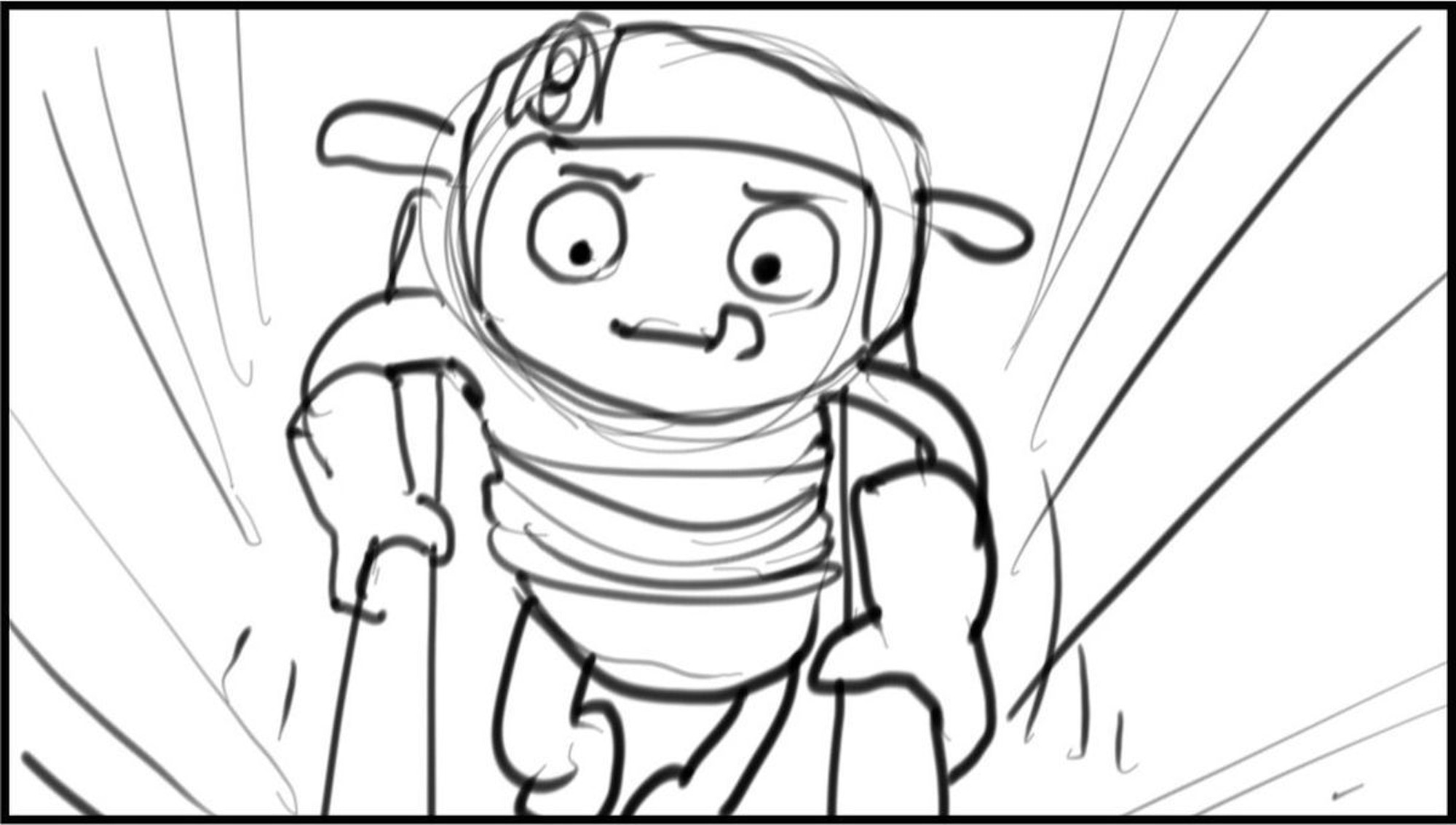 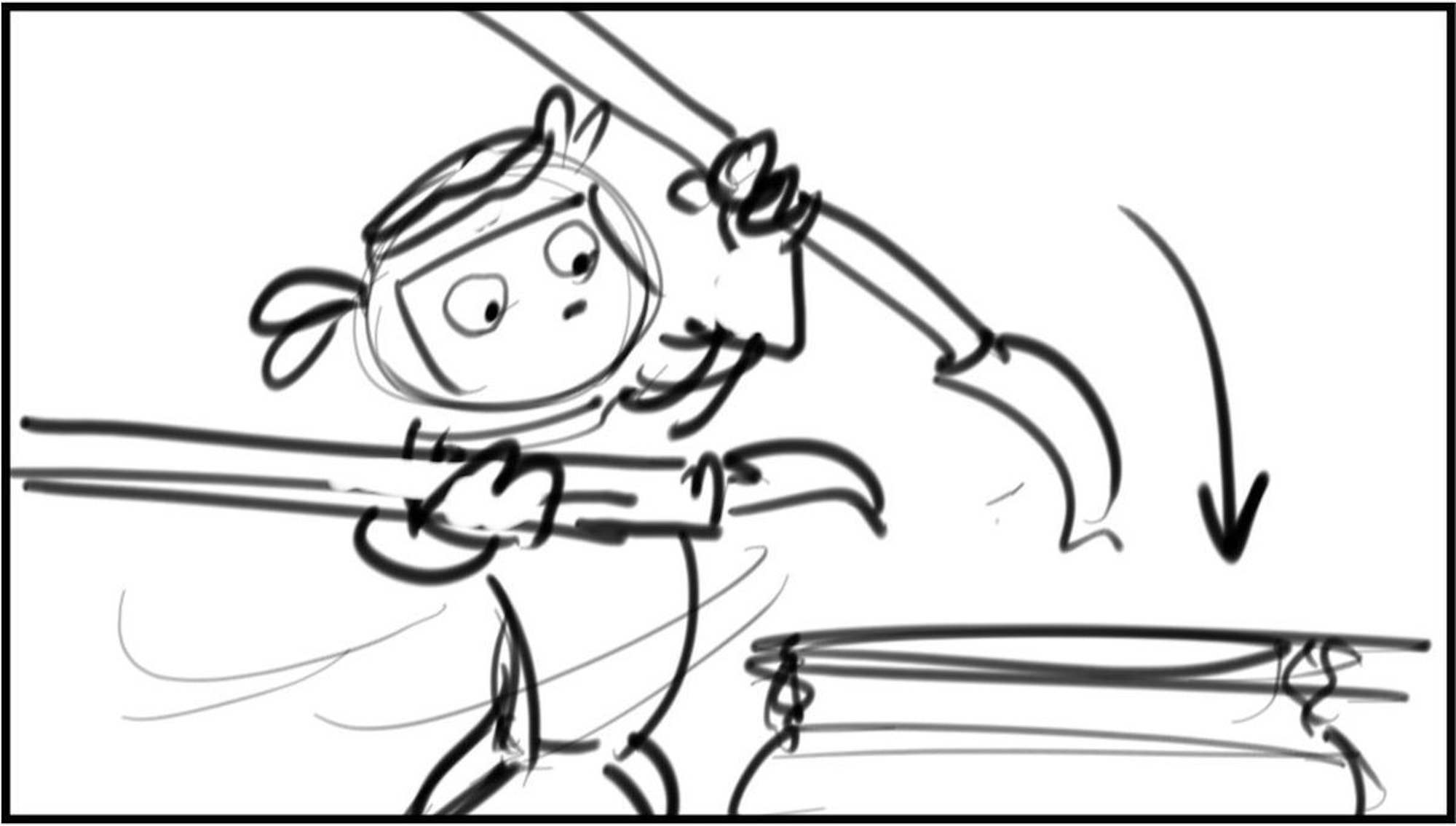 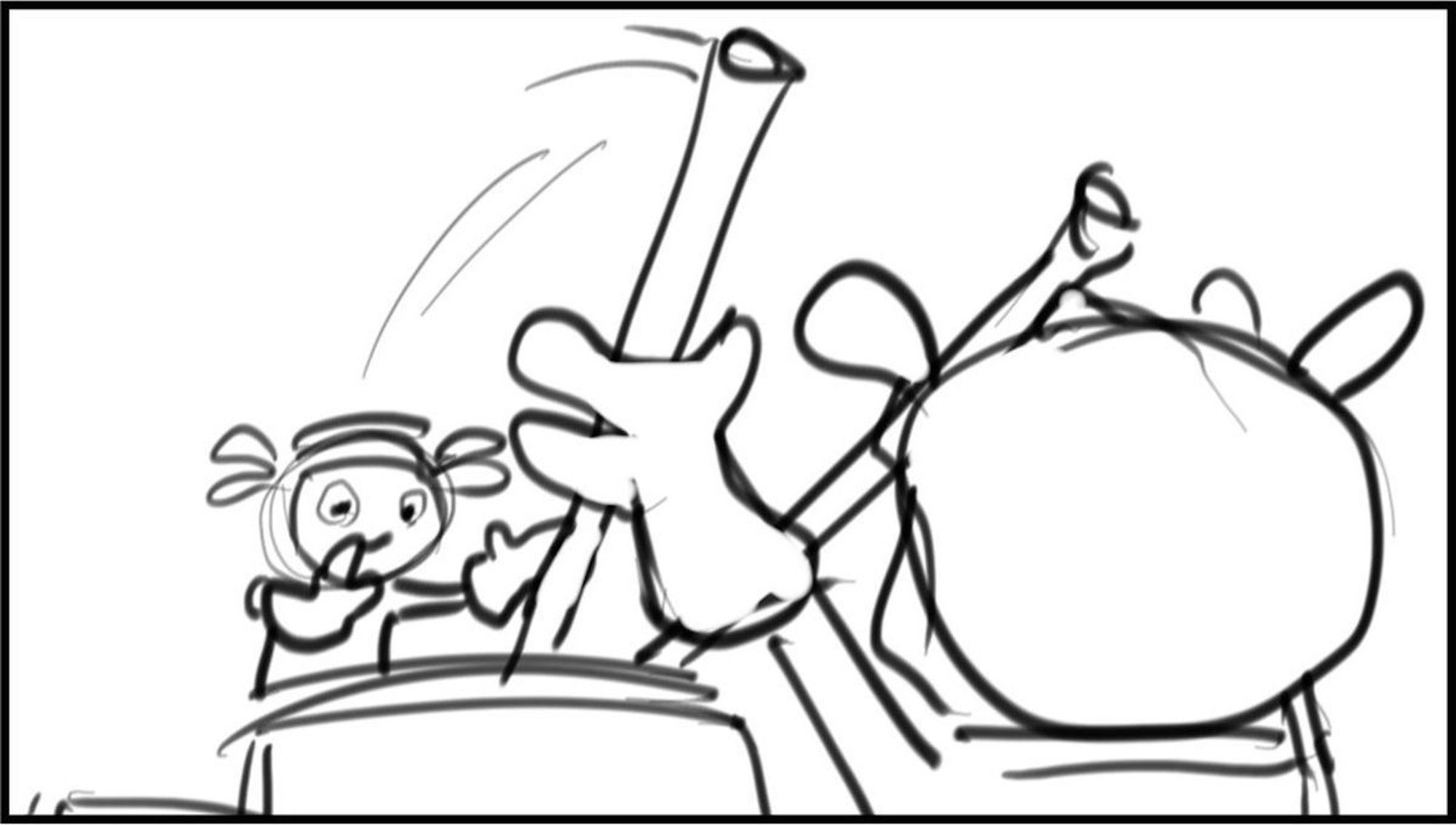 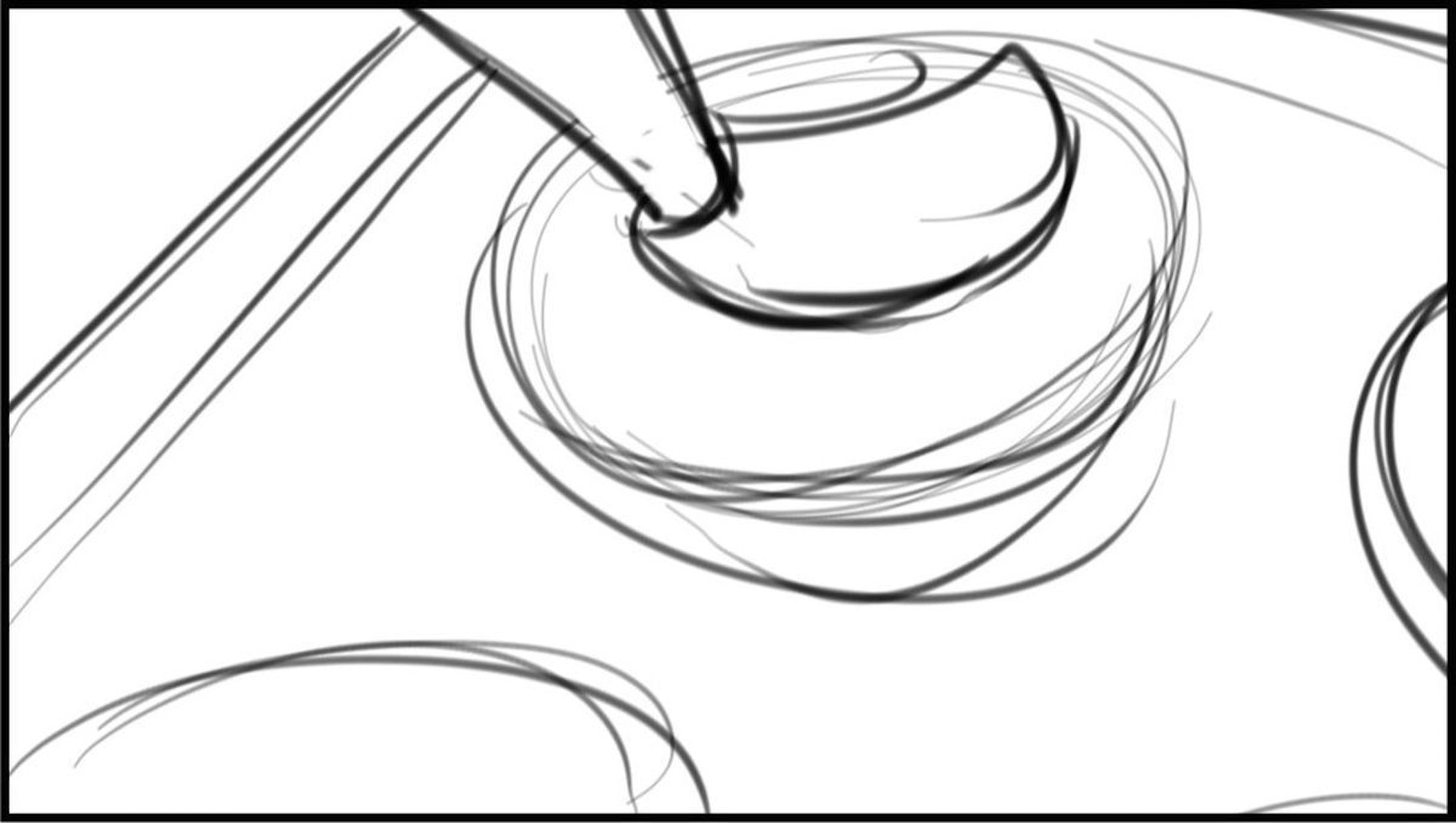 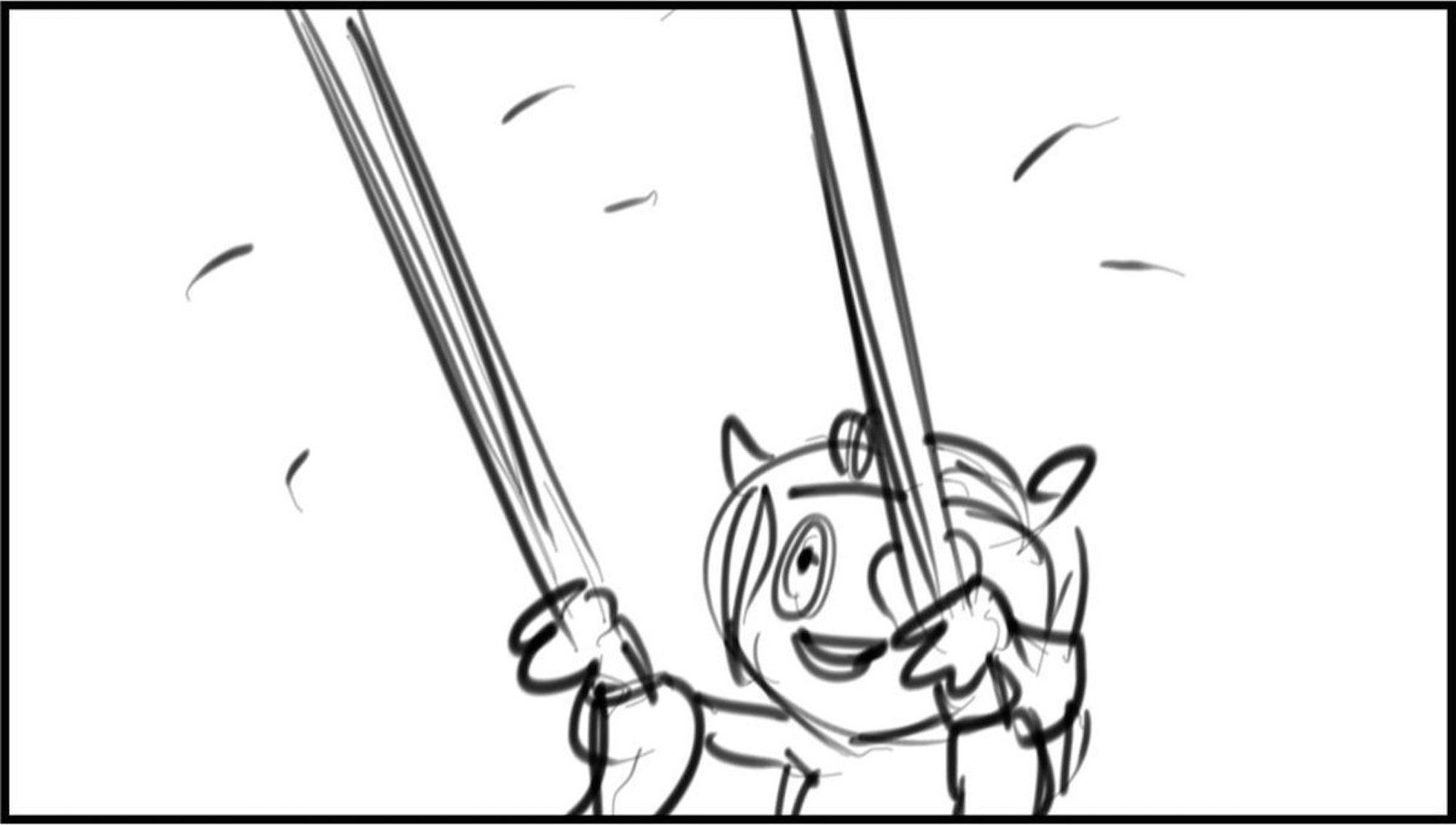 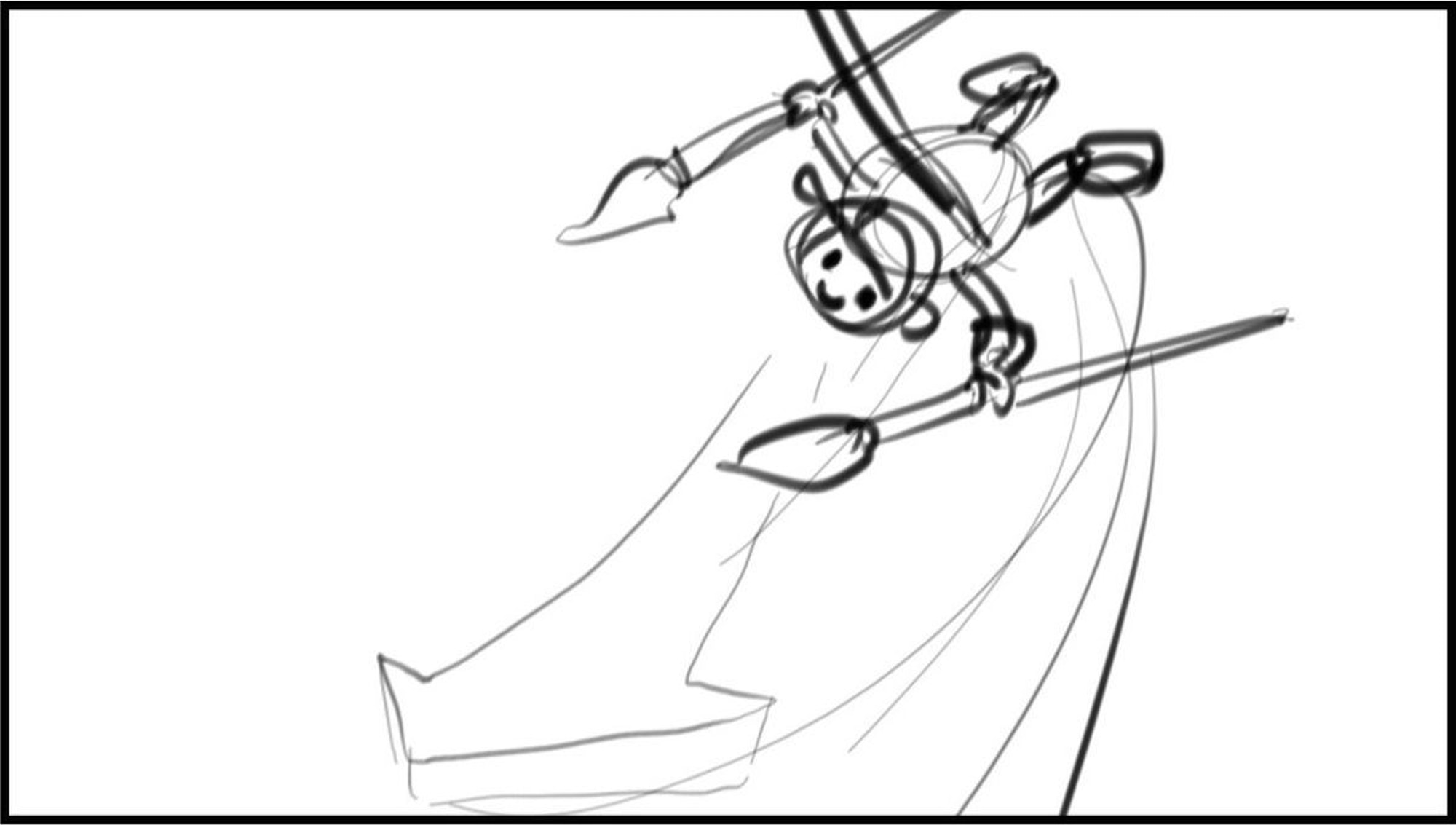 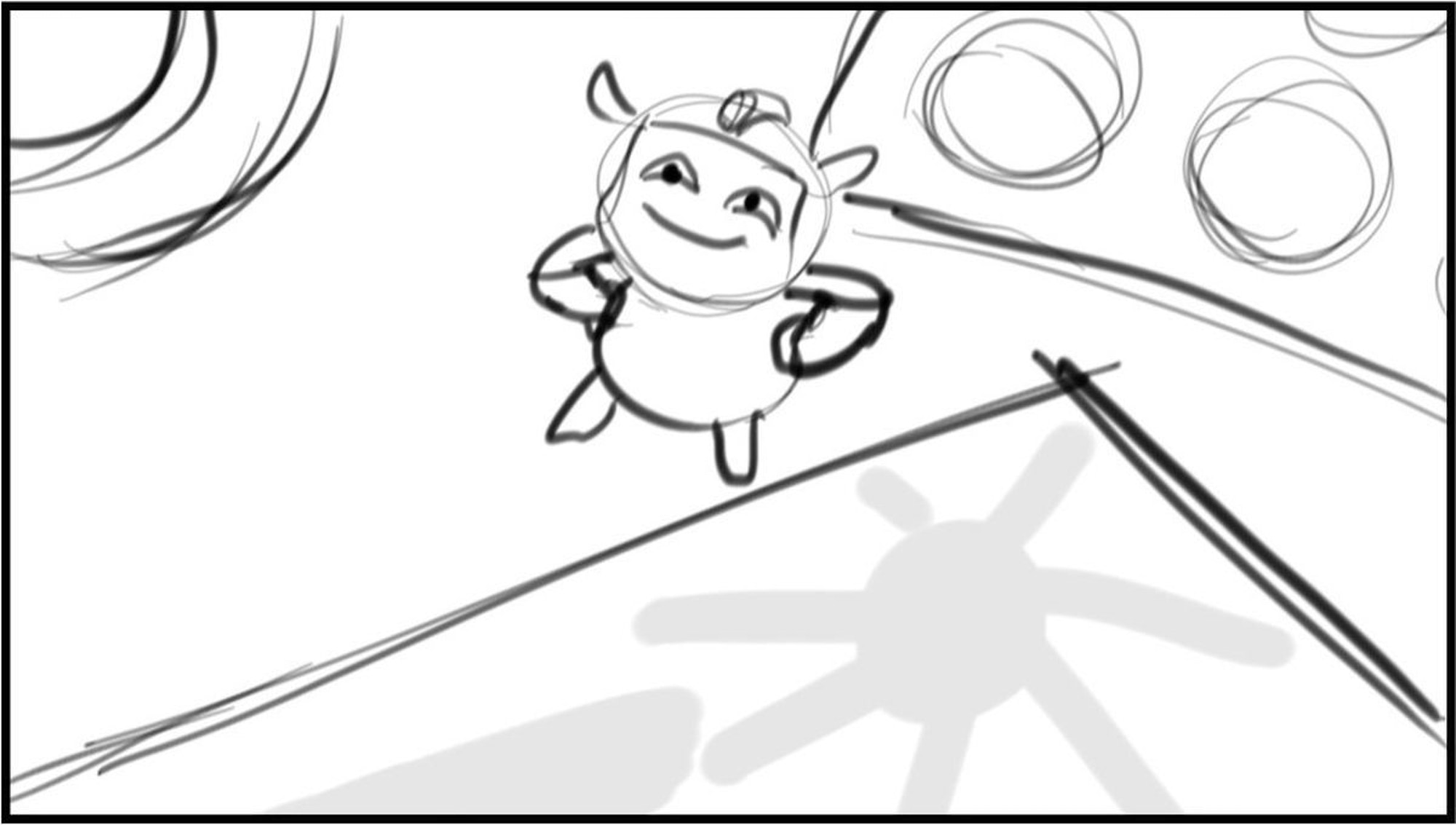 How collaborative is your work?
Usually I work with just the director but sometimes the work I do might feed back to the writer, or the producer will tell me the location has changed and send me some pictures of the new location so I can tweak the storyboards. Recently I've been working on [upcoming BBC miniseries] Watership Down, where we were a team of ten storyboard artists. It was nice to work with other people for a change, normally I'm by myself. It was great to be able to get tips and to show each other how the boards were progressing.

What are the most and least enjoyable aspects of your job?
I like working out how to tell a story together with a director. On projects like [sci-fi film] Robot Overlords, director Jon Wright and I spent months playing out scenes together and trying to figure out how the story would work best. The least enjoyable part is when you work out some interesting ideas with the director and then, when it goes back to the client, they want to stick with standard stereotypes. You then have to draw all the stuff you were trying to avoid – it's a shame.

What skills are essential to your job?
Being able to draw quickly and not being precious about your drawings because they will probably change. Being able to listen is important, as is asking questions before you miss something or assume the wrong thing.

What tools do you use most for your work?
I have an old desktop computer running Windows 10 which I use with a Wacom Cintiq, and I have a Lenovo Yoga p40 ThinkPad, which has a pressure sensitive pen too. I usually use Photoshop or Sketchbook Pro. At the moment I’m working on a CBeebies show where we use a program called PanelForge. You can place all the 3D elements, trace over them and then draw the facial expressions on top.

“You have to be able to draw quickly and not be precious about your drawings because they will probably change.” 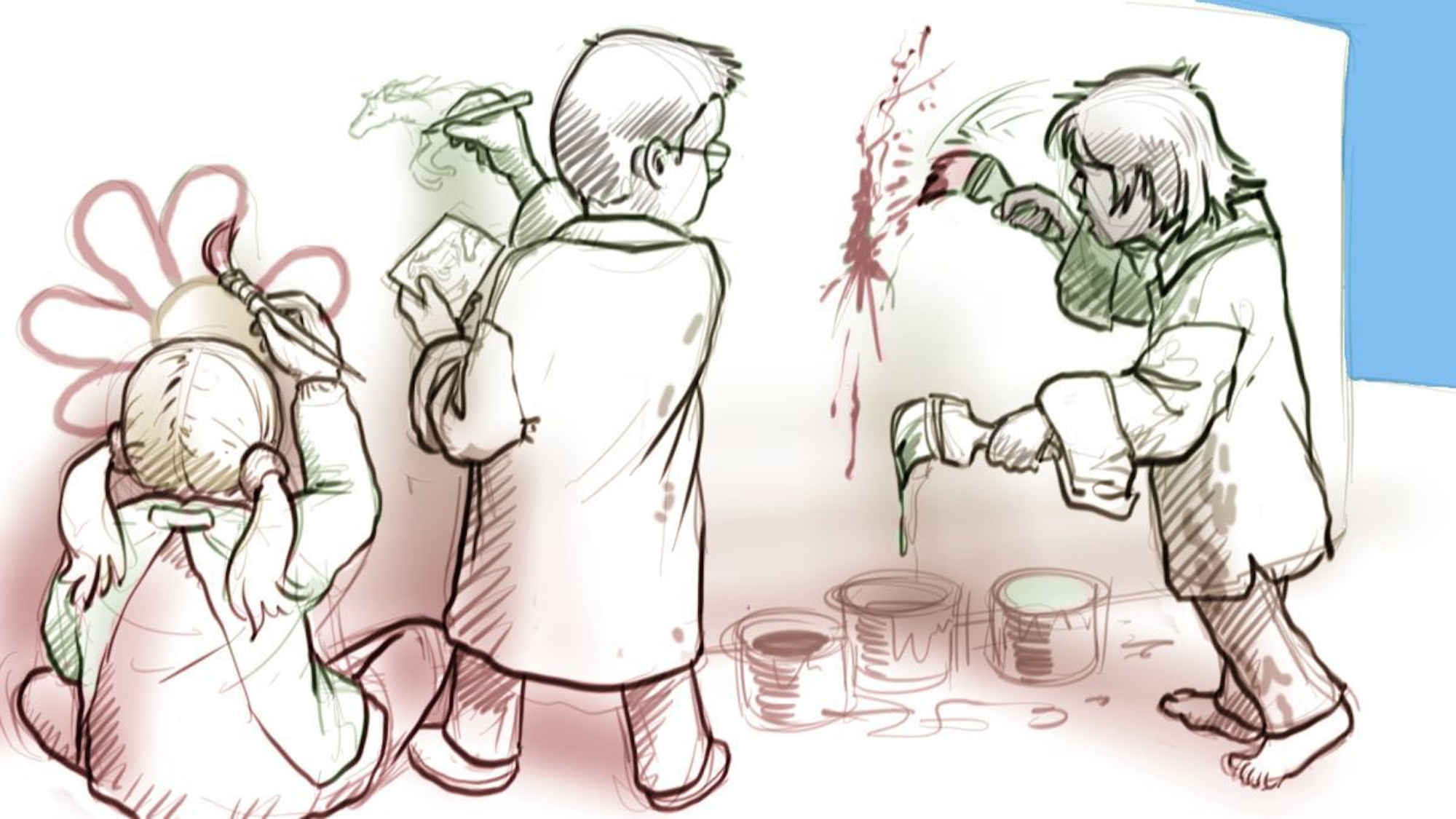 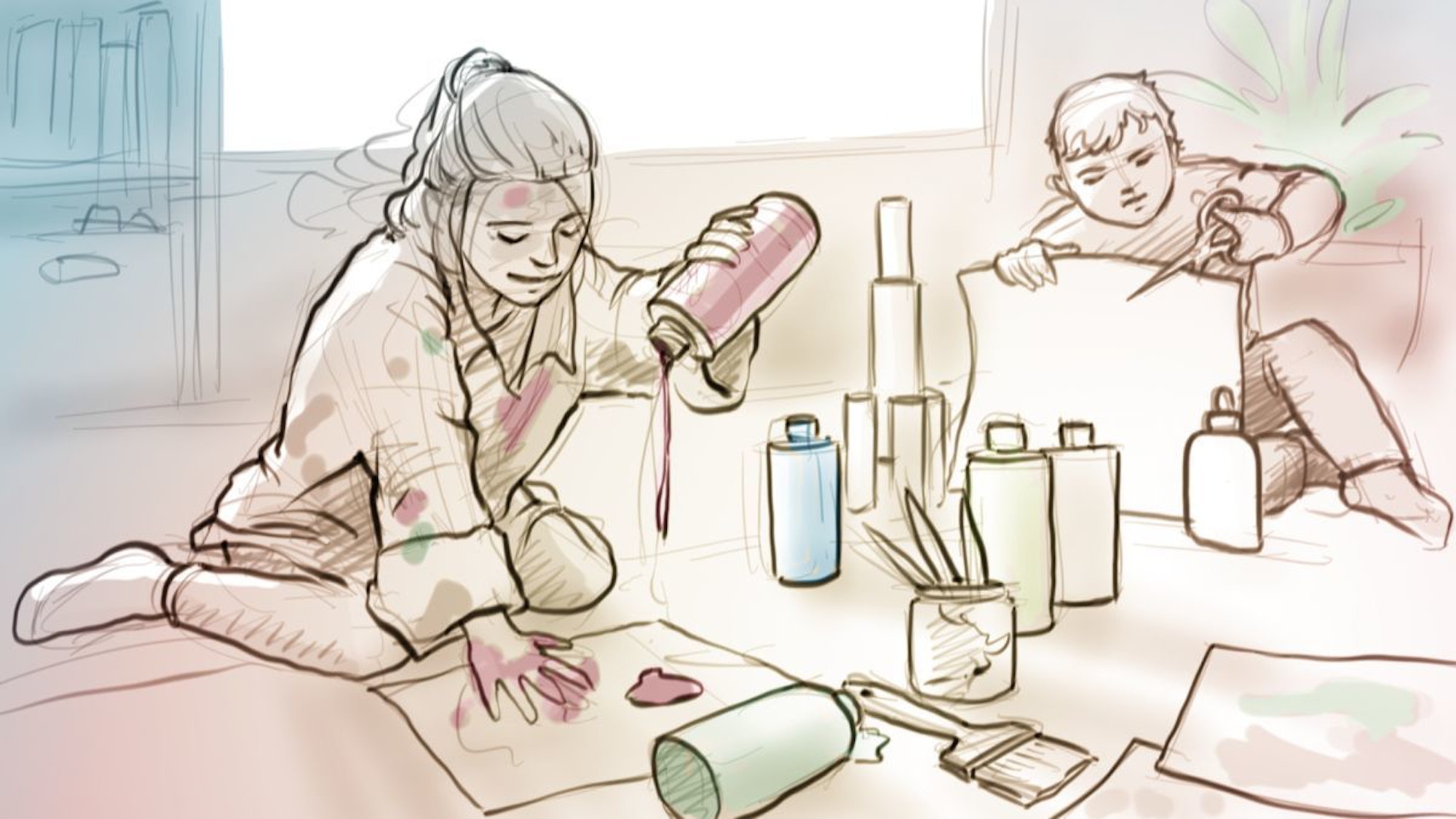 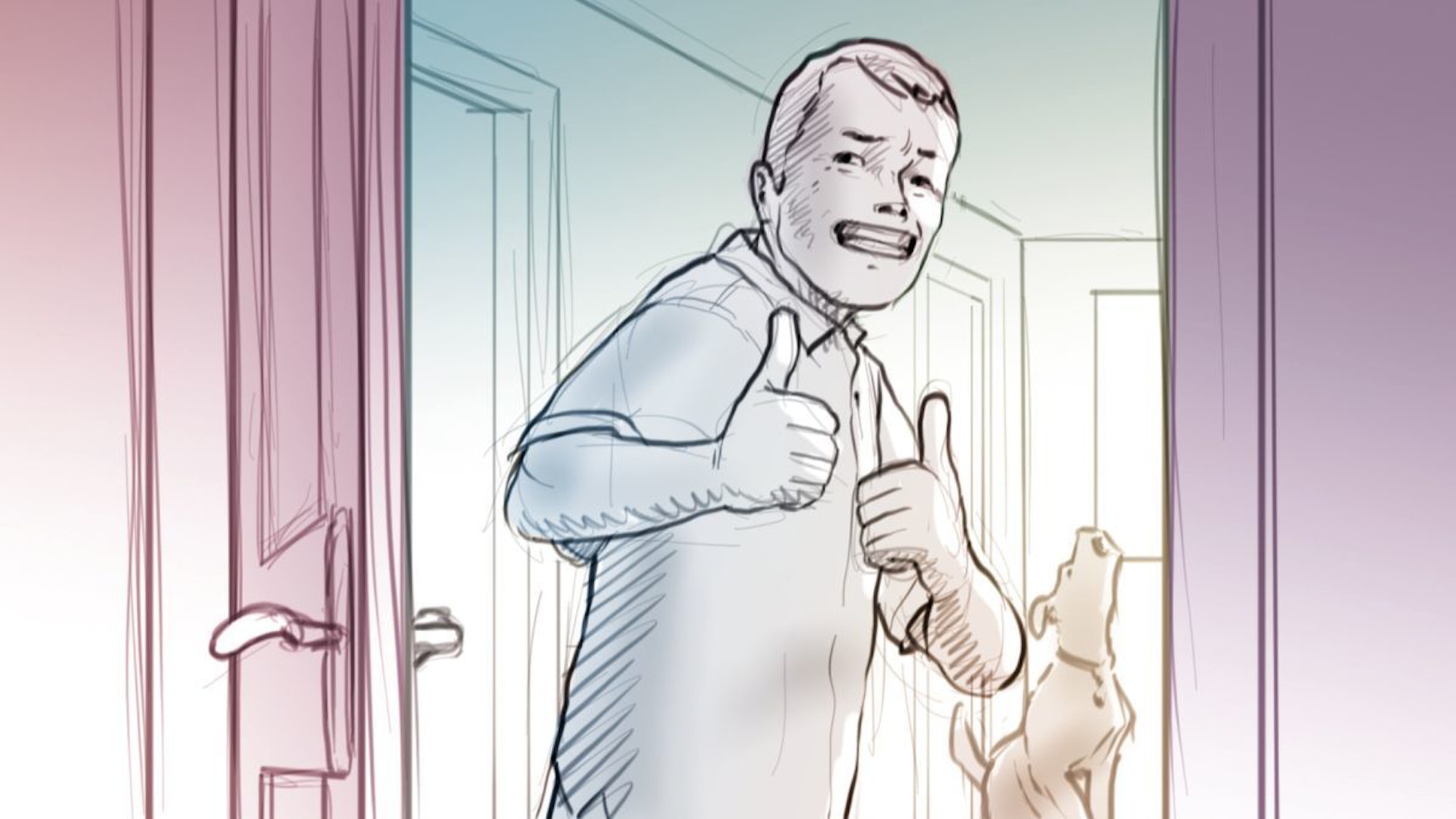 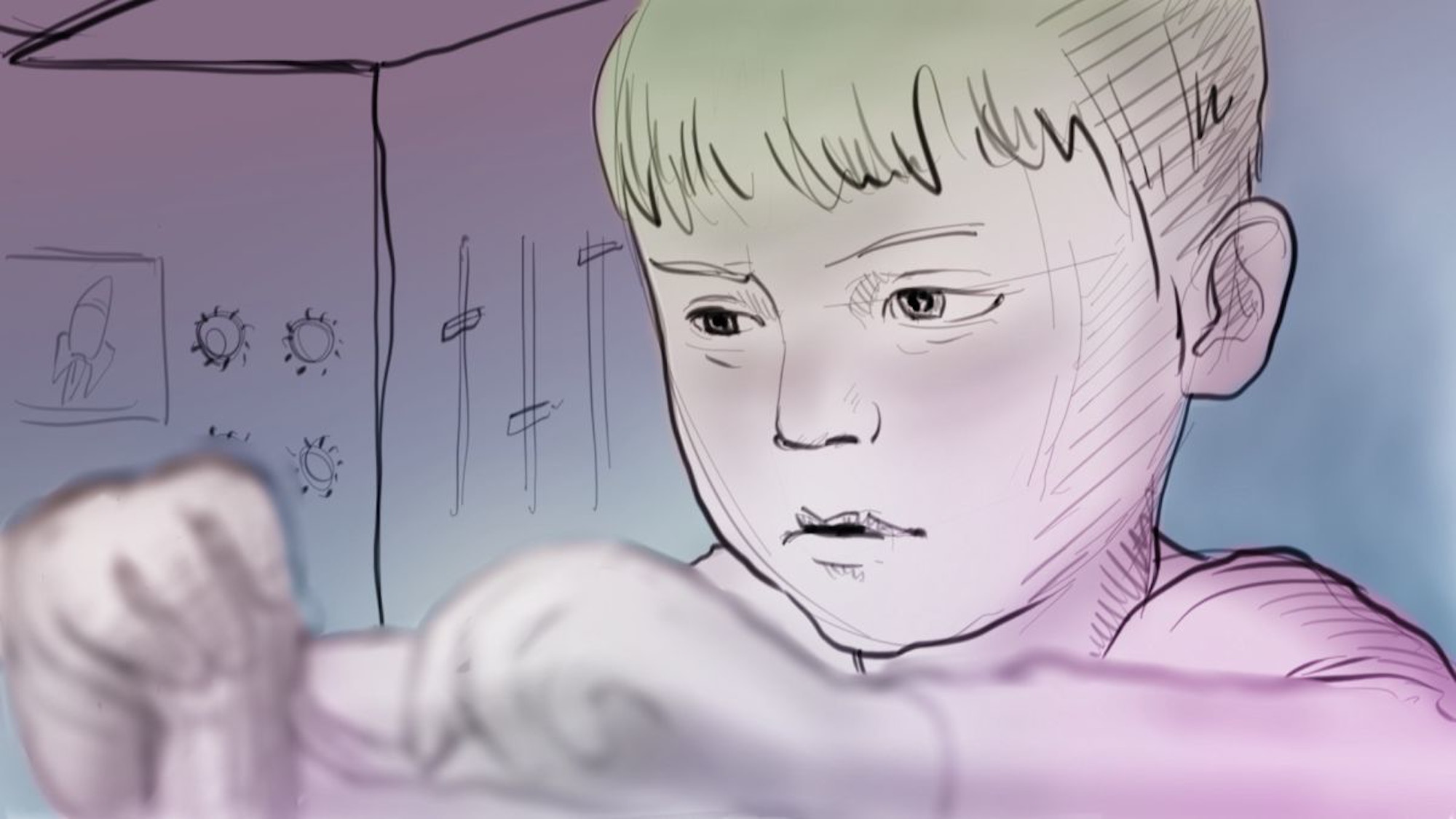 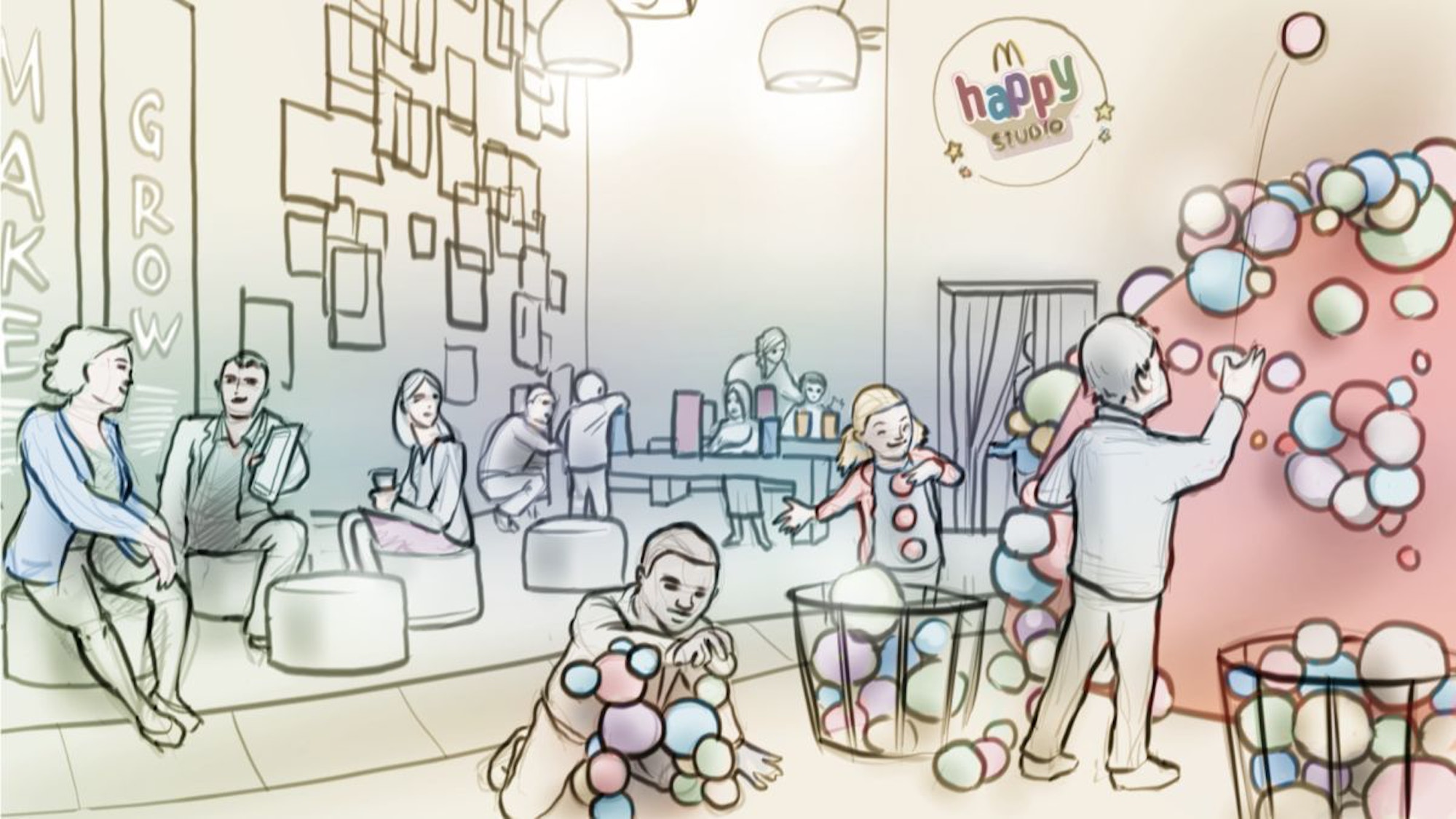 What did you want to be growing up?
I wanted to be a storyteller.

How (if at all) is the subject you studied useful to your current role?
I studied a Masters in Maths so it’s quite different. I stayed away from studying creative subjects as I was worried about being an art nerd. However I gained some experience by working on some student films at university.

Was there anything in particular that helped you at the start of your career?
After I did my masters in Switzerland, I came to London in 2005 to see whether there was any chance of getting into the film industry. I was doing some work experience at a script consultancy and the owner of the company asked me about exactly what I wanted to do. When I told him that I wanted to do storyboarding, he encouraged me to cold-call hundreds of companies to see whether there were any opportunities. Eventually it paid off. I needed that push.

“Although the programs change, the important skills are not the technological ones as they can be learned quite quickly.”

Was there an early project you worked on that helped your development?
I had been working on a lot of commercials until a mentor of mine, Temple Clark, was working on the film Stardust. His deadline was brought forward and so he asked me to help him out with a sequence. It allowed me to make the step into films and TV.

What skills have you learnt along the way?
Although the programs change, the important skills are not the technological ones as they can be learnt quite quickly. The most important skills are being friendly and genuine. At the start of my career people said “It's all about who you know” as if that was a bad thing. Now I realise it's positive as those people skills are something you can work on. Sometimes it might feel uncomfortable but it’s really important.

What’s been your biggest challenge?
It’s difficult when I work on an advertising project that I can't stand behind – for a brand like Shell or something like that. But when it’s [esteemed director, screenwriter and producer] Nicolas Winding Refn asking, you can say: “I couldn’t say no”. 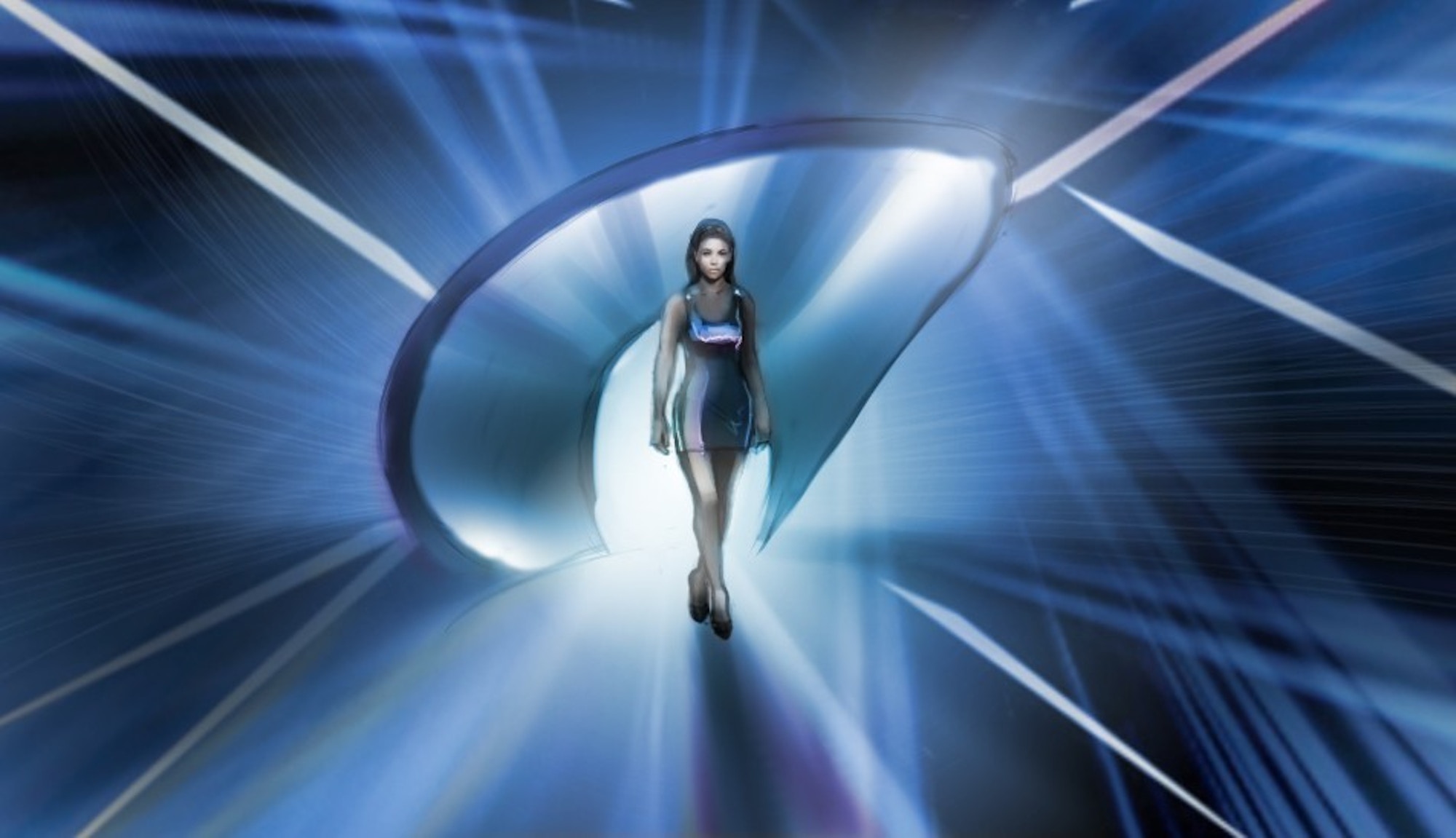 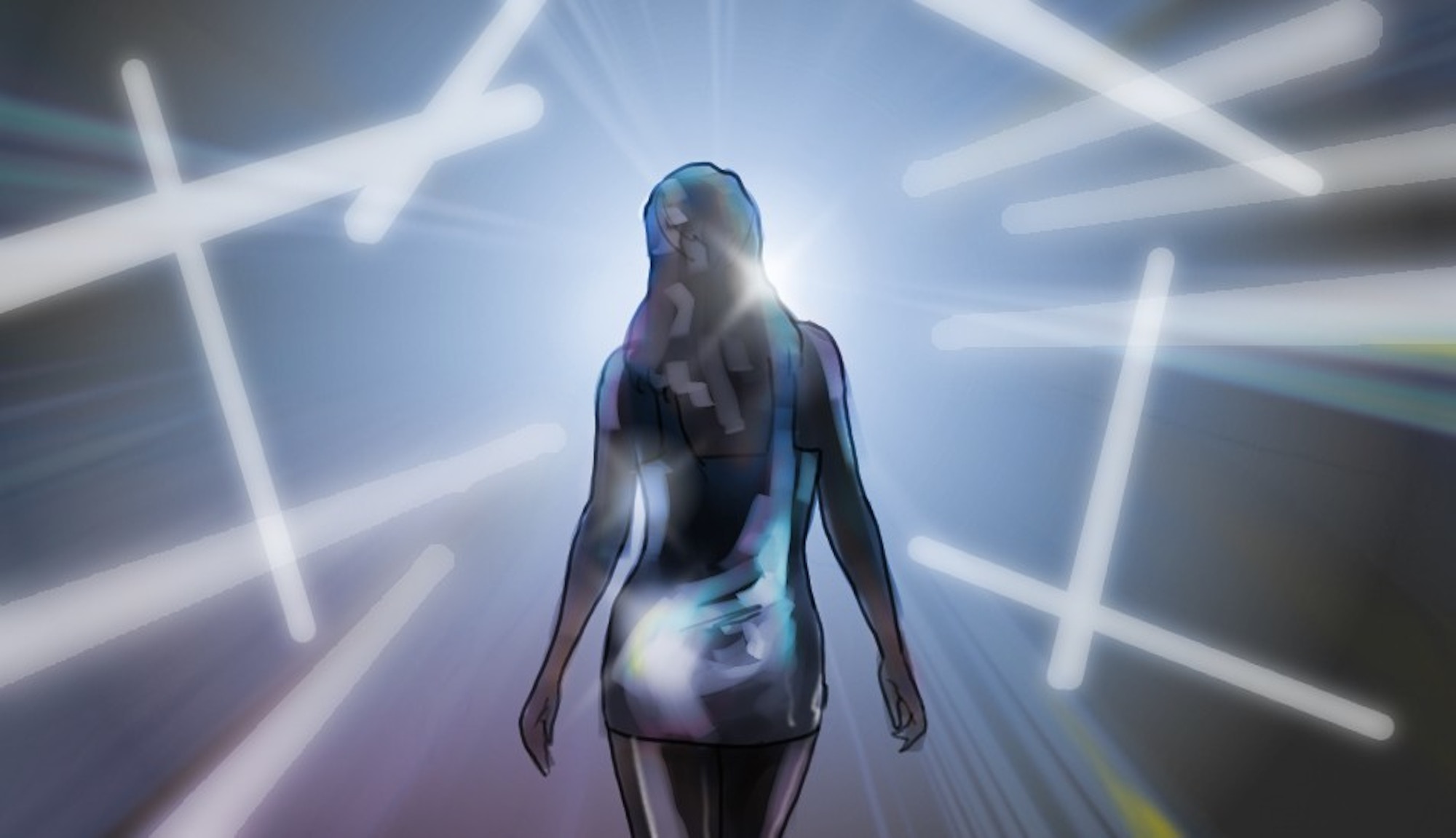 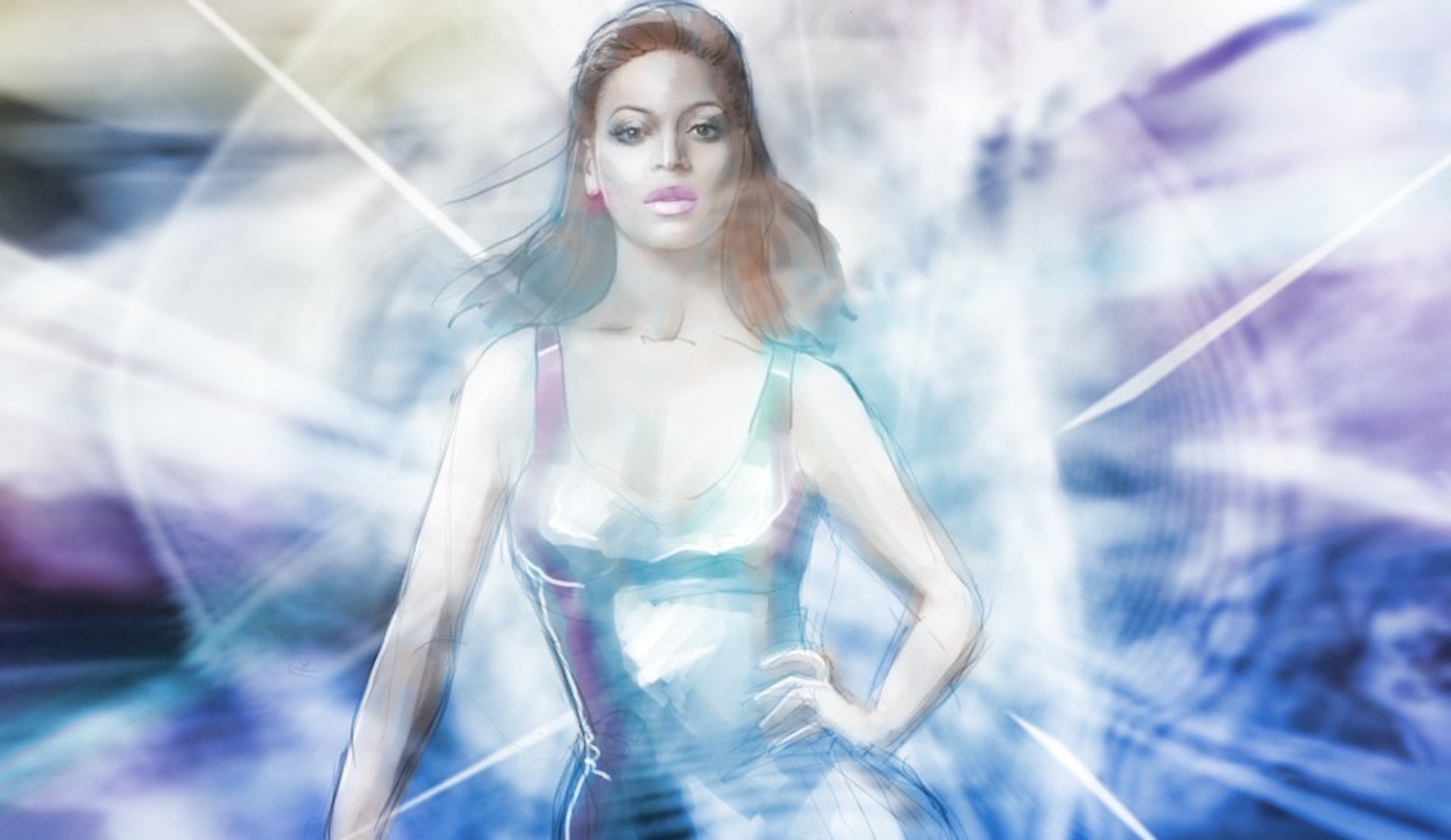 What would you like to do next?
I prefer being freelance so I don’t see myself going in-house. I would like to move towards having more say in what I'm storyboarding, so working more heavily on the story creation.

What is the natural career progression for someone in your current role?
It seems that other storyboard artists come from animation and go via storyboarding to directing.

What advice would you give to a young creative wanting to become a storyboard artist?
Editing a few short films is really helpful. You start to know how the mood can change by using different shots, plus you can get a feel of being close-up and wide. Also, consider a job where you can make change that has positive impact on this world.

Powerful magic: A window into the world of animation and film production studio, Nexus