Creative Lives — Frida Ek: From science, sales and a sewage plant to full-time designer at Animade

As a child, Frida Ek would draw on Microsoft Paint and edit films together with ‘crappy’ software. This was her first foray into animation – not that she knew it at the time: “My films didn’t really ‘look Disney’, so I never made the connection that they were actually animations.” Frida’s role as a designer and animator at Animade, her first full-time position, adds to a somewhat unconventional CV that lists previous stints as a phone saleswoman and working at a sewage plant. But it’s evident that the Swedish-born animator isn’t one for convention anyway; forgoing the traditional showreel for a characterful promotional video while in pursuit of internships as a graduate. Frida tells us about her career challenges, preconceptions of the industry and why she thinks internships are the greatest. 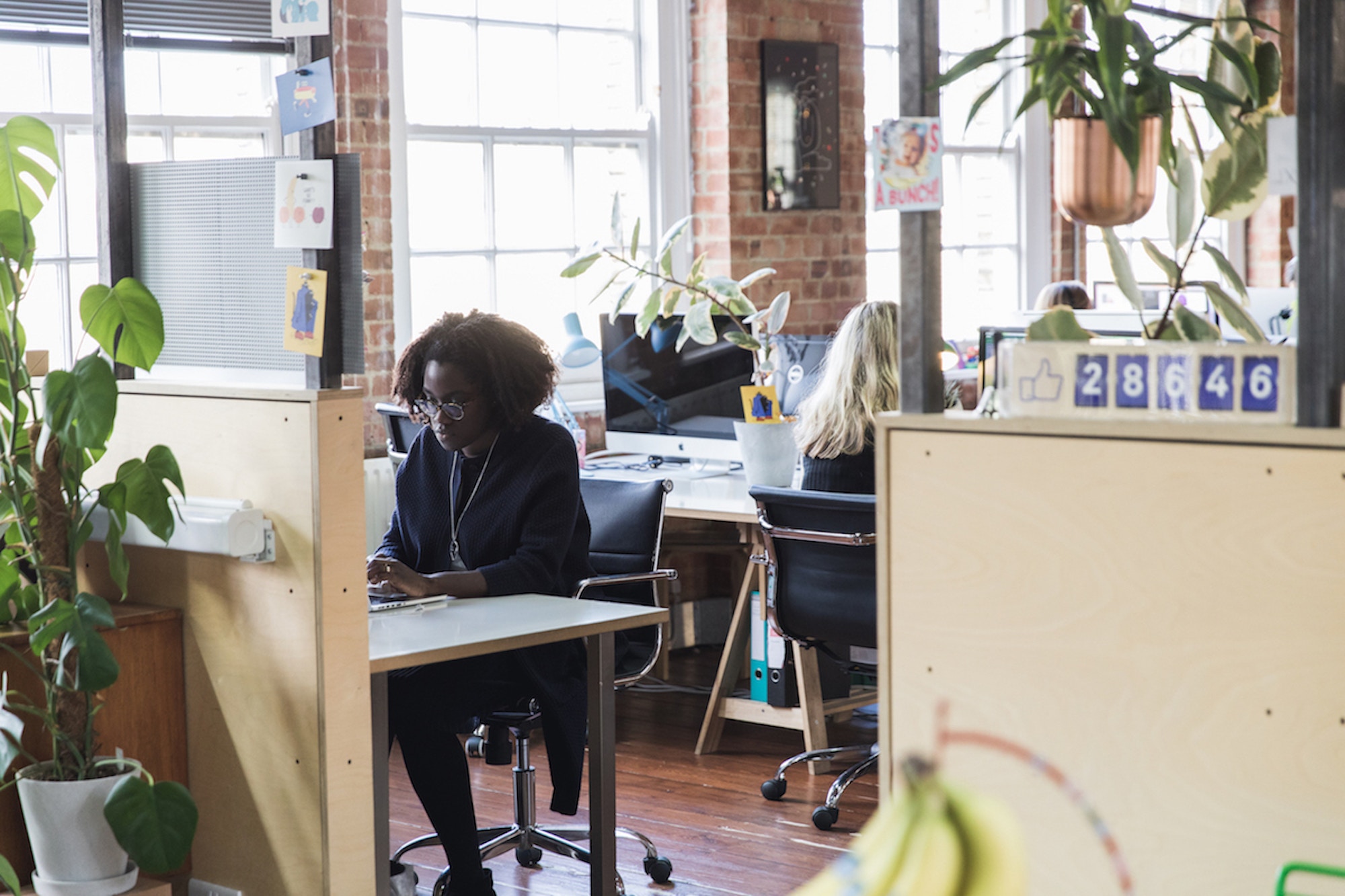 How would you describe your job?
I’m an animator and designer, mostly working in teams with others doing just that. Sometimes I’m overseeing projects or getting involved in client calls.

What does a typical working day look like?
We come in at 9am and have a stand-up where we tell everyone what we're currently working on. Then I chat a bit with my desk mates, while hovering above the portable heating fan (since the studio is cold as death this time of year!) After that I get to working!

What do you like about working in London?
There are so many amazing animators, studios and animation events here. Coming from Sweden, we definitely don't have that same community for animators. The downside is that English folk cannot insulate buildings!

“Five minutes into posting my video on Facebook, I had no likes. I remember lying on the living room floor declaring it the end of my animation career.”

How did you land your current job?
I made an application video to try and snatch a really good internship, and one which I could hopefully turn into a full-time position. Animade was on the very top of my list of places to work, and I was beyond happy when they contacted me.

Where does the majority of your work take place?
Almost all of my time is spent at my computer in the studio, if I’m not having a meeting in one of our meeting rooms.

How collaborative is your role?
I’m almost always working in teams, so it’s a very collaborative role. I work with fellow animators, creative directors and project managers from the studio, as well as clients when we get together for meetings.

“I did get pretty stressed about knowing absolutely nothing about the industry I was trying to break into. But that comes with time.” 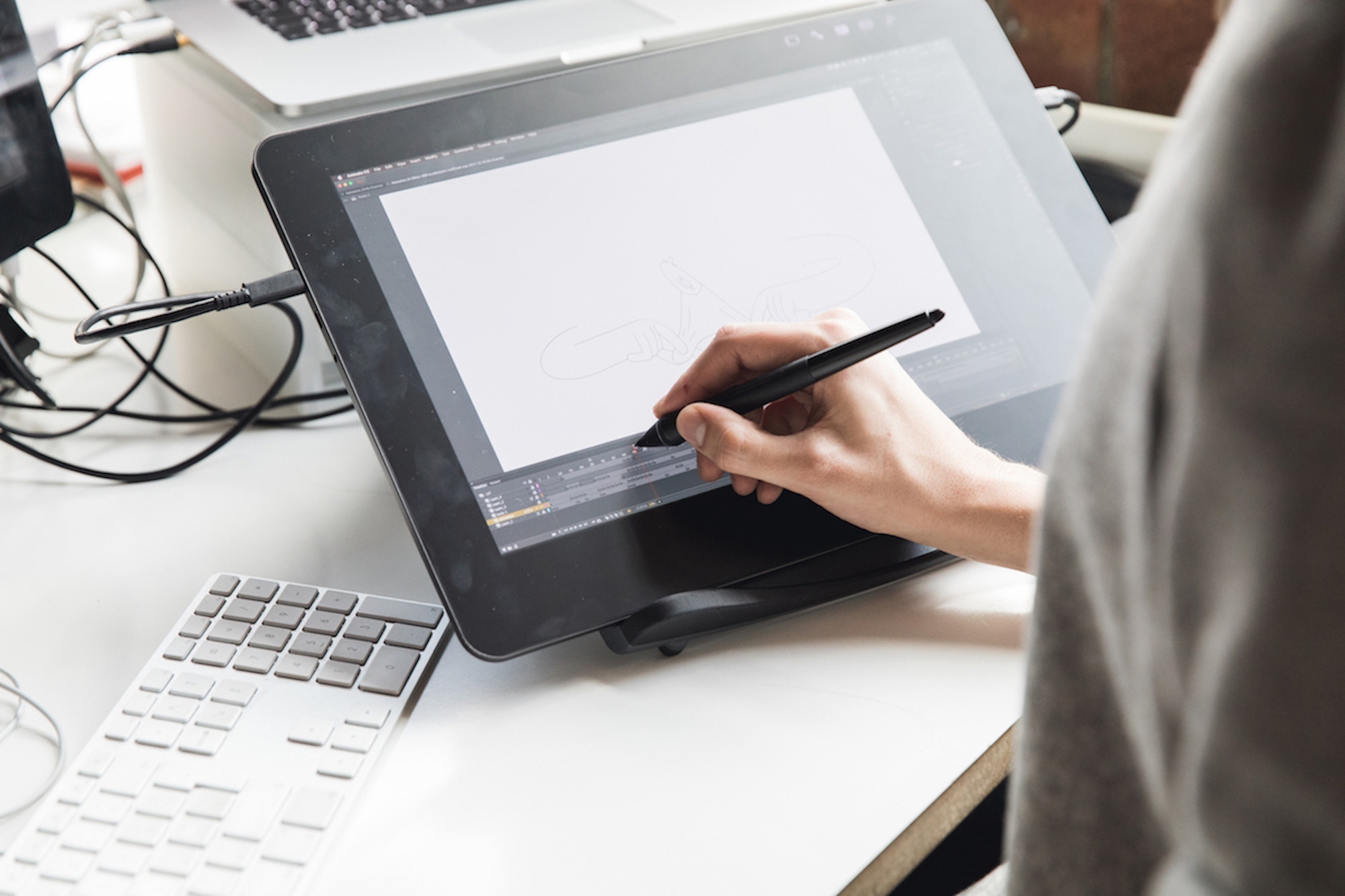 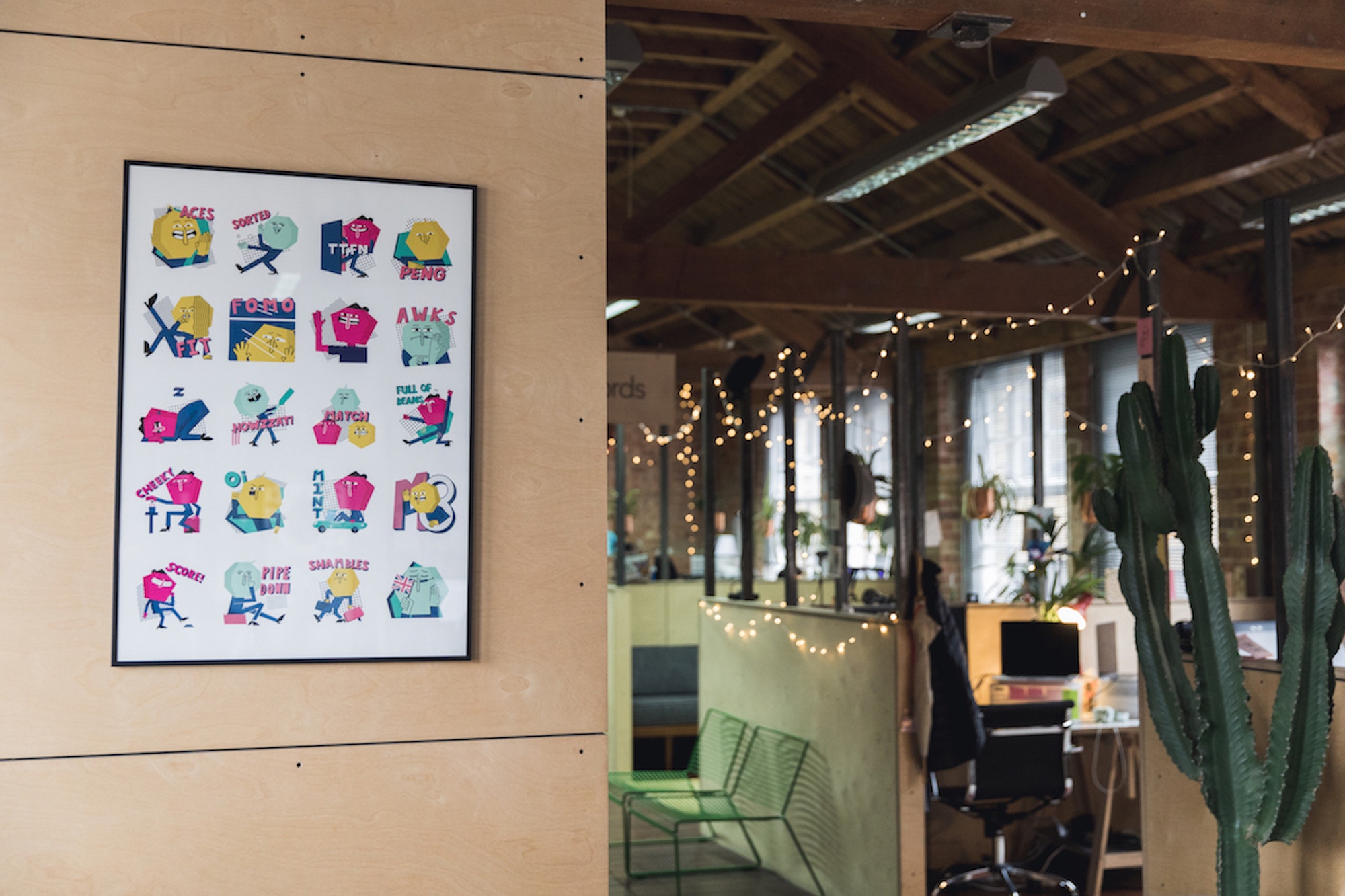 What are the most and least enjoyable aspects of your job?
The most enjoyable aspect is when I get to work on a personal piece, or if a client comes in with a really cool project. That said, not every project can be mind-blowing – but it’s all part of the job.

What has been the most exciting project of the last twelve months?
I made a short film called Croak at the studio, which was super-exciting to make! It started as an idea that I pitched to the creative directors Tom (Judd) and Ed (Barrett). Then they made time for me in the schedule to design, animate and direct it. I think it’s one of the best things about the studio; that you get a lot of responsibility, and at the same time the team are there to give valuable feedback. We got some help from sound studio Sounds Like These, who did an absolutely incredible job in making it come to life.

What skills are essential to your job?
Being able to animate, take feedback and work well in teams!

Do you run any self-initiated projects alongside your job?
For me, animating is a job as well as a hobby, and I love doing personal projects. I try to post stuff on my Instagram whenever I’ve got the time and the goods.

What tools do you use most for your work?
At the studio I use Boords for making storyboards, and After Effects for the majority of client work. Whenever I’m doing personal projects I gravitate towards frame-by-frame animation, and then I use Animate CC and Photoshop. And my sketchbook of course! All my personal things start with a sketchbook doodle. 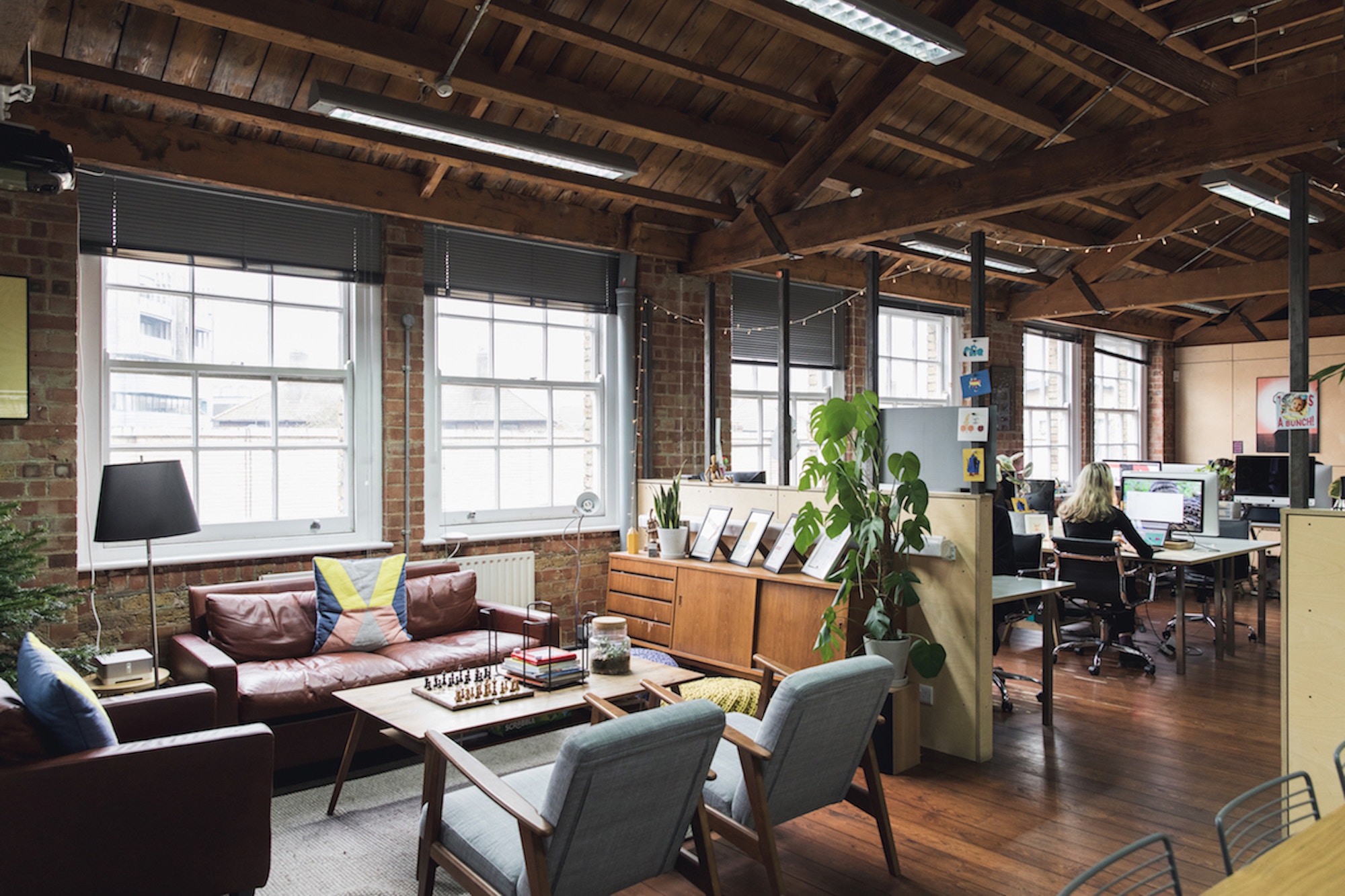 What did you want to be growing up?
I was all over the place and wanted to be a lot of things; doctor, filmmaker, lawyer, dentist. I kind of started animation on a whim.

What influence has your upbringing had on your work?
When I was 15 my dad bought a video camera and encouraged me to use it. So I started recording some films that were really shitty, but it was the most fun I’d ever had. And with the huge interest I had for making films, plus my love for drawing, I started trying other things. I made thousands of drawings in Microsoft Paint that I would then put in a crappy editing program. Since my films didn’t really look ‘Disney’, I never made the connection that they were actually animations. It’s pretty fun to look at them now, even though Paint really stole an unholy amount of my childhood.

How (if at all) is the subject you studied useful to your current role?
I studied natural sciences, so I’m pretty decent at maths and physics, which sometimes comes in handy. I also studied film for a year, which has definitely been helpful in terms of storytelling.

What were your first jobs?
My first job was at a sewage plant, which I did over the course of three summers. I sold phones for a month, was a market researcher. I did some freelance work as an animator too, but besides that Animade is my first animation-related job.

Was there a particular project you worked on that helped your development?
The project that made the biggest change for my career and development was my internship application video. I cringe so hard when I watch it now, but I did learn so much doing it. I was so nervous about putting it out because it wasn’t a standard showreel and I didn’t know how it would go down. I remember that five minutes into posting it on Facebook I had no likes and I was lying on the living room floor declaring the end of my animation career to my sister, who was on the sofa next to me trying to watch TV. But luckily it did work out and it landed me a place at Animade.

“When I was freelance I didn’t really have a clue about how much time a project would take.”

What skills have you learnt along the way?
My biggest challenge was setting reasonable deadlines when I was freelance. I didn’t really have a clue about how much time a project would take and then I’d end up breaking my back over it. That’s definitely an important learning for me: ask about the deadline, and work out how many times the client come with feedback for it to be feasible.

Is your job what you thought it would be?
Going into animation, I had absolutely no conception of what it would mean as a profession. I just went to school thinking ‘I’ll give this a go’. Then I did get pretty stressed about knowing absolutely nothing about the industry I was trying to break into. But that comes with time.

What would you like to do next?
I would love to do a short film in my personal time! Since I didn’t go to proper uni, I never made a graduation film. I just need to come up with an idea that I can stand for the insane amount of time it would take to finish it.

Could you do this job forever?
I don’t think so. I like a job that’s challenging and where I can learn a lot. I absolutely love being an animator, but I’m 24 now and I'm sure there'll come a time where being an animator doesn’t excite me as much.

What advice would you give to a young creative wanting to do the same kind of work?
Internships! Personally I’ve had some really amazing ones and some that were awfully bad, but I’ve definitely learned a lot from them. All in all I think they're a great way to get a foot into the industry and learn both about animation and software, as well as the structure in a studio and client contact.

Animator and filmmaker Will Anderson: “Animation is a life’s work – it’s movement”