First Hand — How do you take your degree show on tour? UCA grads tell us how it’s done

From first-time curating to PAT testing, degree-show production can be a hotbed of challenges and hurdles. But what about the fact that – despite the many invitations sent out – many design studios never make it to the show itself? Facing this exact issue when it came to their final year, UCA Epsom’s design cohort took things into their own hands, and brought their exhibition to the studios themselves. Kitted out in a custom fitted van, magnetised captions and an assembly time of 15 minutes, they secured visits to all the companies on their wish list, proving that where there’s a will, there’s a way. Here, UCA grad Rory Stiff tells us how the idea came about and what it’s meant for their next steps.

Around the end of our second year, I realised that during degree show period many studios were so busy that they simply don’t have time to visit all the degree shows. It was clear that there was a problem with the standard show experience, and for an industry that prides itself on solving such problems, I realised that we needed to approach the idea in a very different way. Immediately it became obvious: if the studios couldn’t come to us, then we’d go to them.

“We secured an interview with Astrid Stavro by offering to swap our book for a ten-minute meeting.” 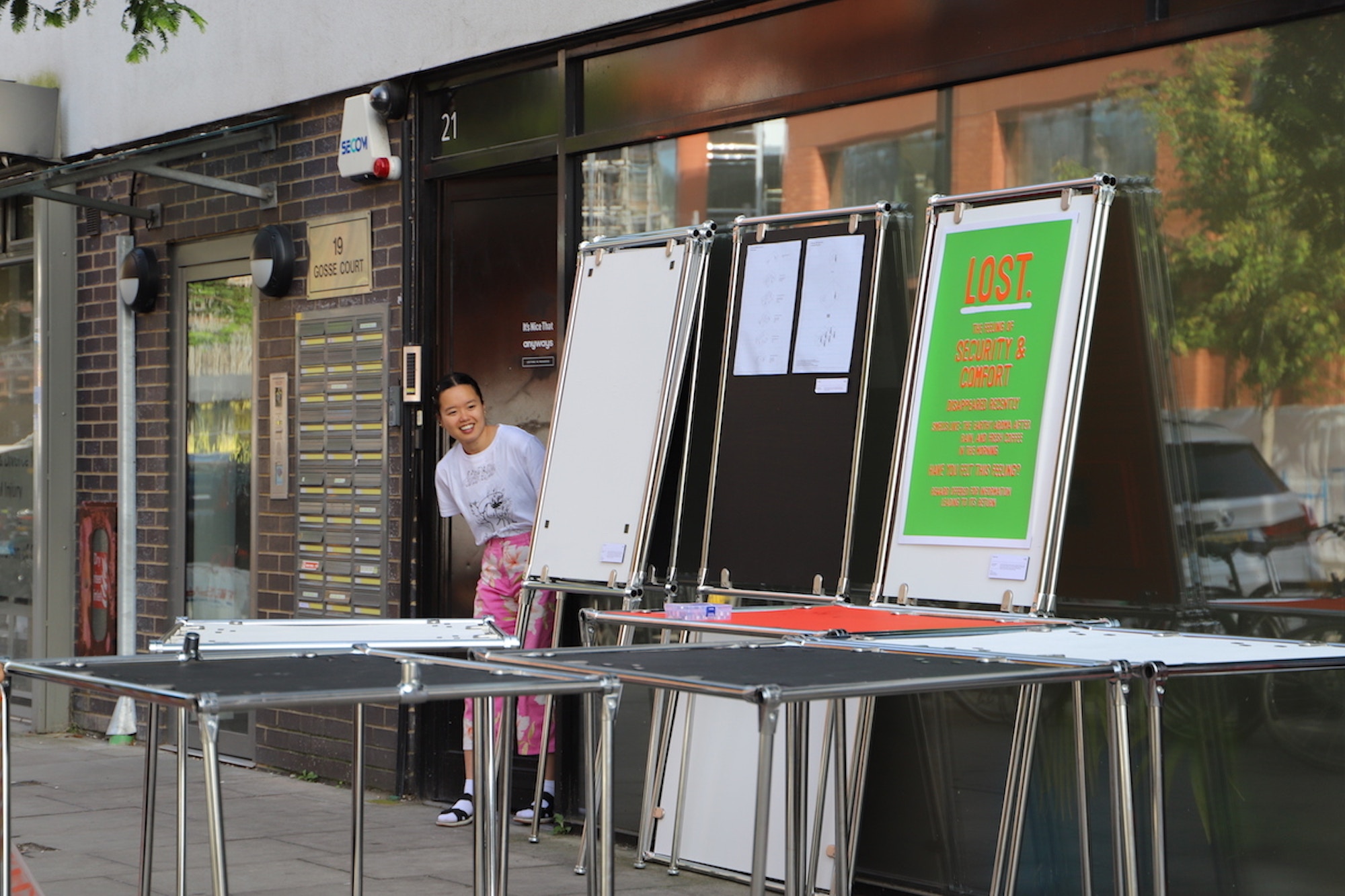 Arriving at It’s Nice That

Once we’d agreed on the idea of a travelling show, we asked everyone involved to submit their top five studios, and then made a list of all the ones we wanted to visit. At the time this list seemed unattainable, yet by the end of our tour we actually ended up visiting nearly all of them.

Whilst the majority of our stops came from personal connections to the studios, that didn’t stop us from emailing, calling and visiting the studios that we didn’t have any connections at. We even secured an interview with Astrid Stavro at Pentagram by offering to swap a book for a ten-minute meeting with her to talk about the show. 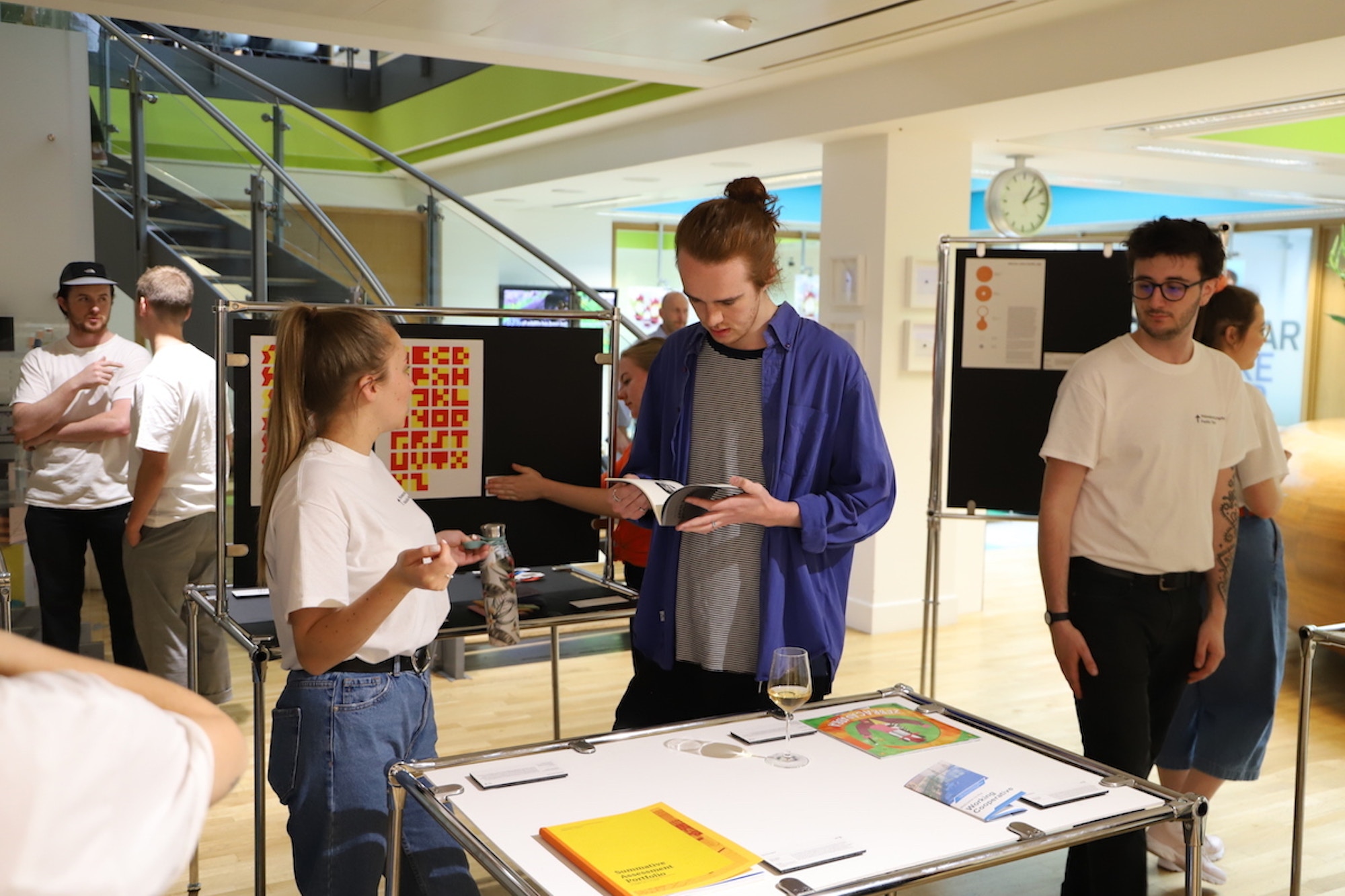 Visiting one of the studios in London

Over the two weeks, we visited G . F Smith, JWT, dn&co, NB Studio, Winkreative, Pentagram, Dixonbaxi, JohnsonBanks, Typocircle and It’s Nice That. For many of the studios we completely surpassed what they expected from us — one even said they only believed we were going to bring a selection of publications to present on their tables.

The initiative covered every aspect of the show; not only was the van wrapped in our visual identity, but it also contained a custom structure that meant we could set up our show in 15 minutes flat. Once inside the studio, we constructed our boards and tables, which had all been developed within our design manual, showing the studios how we had come up with a solution to every problem.

We designed and built every part of the show, which was incredibly important as we needed a system that could work in both the largest and smallest of spaces. Boards could be swapped in and out, all the captions were magnetised and contained NFC chips so however the show was laid out we could always ensure the correct credits were beside the work. As with every degree show, there was food and drink on hand as well, we wanted it to be a good way for the studio to interact with us and the work, and not turn it into a group interview. 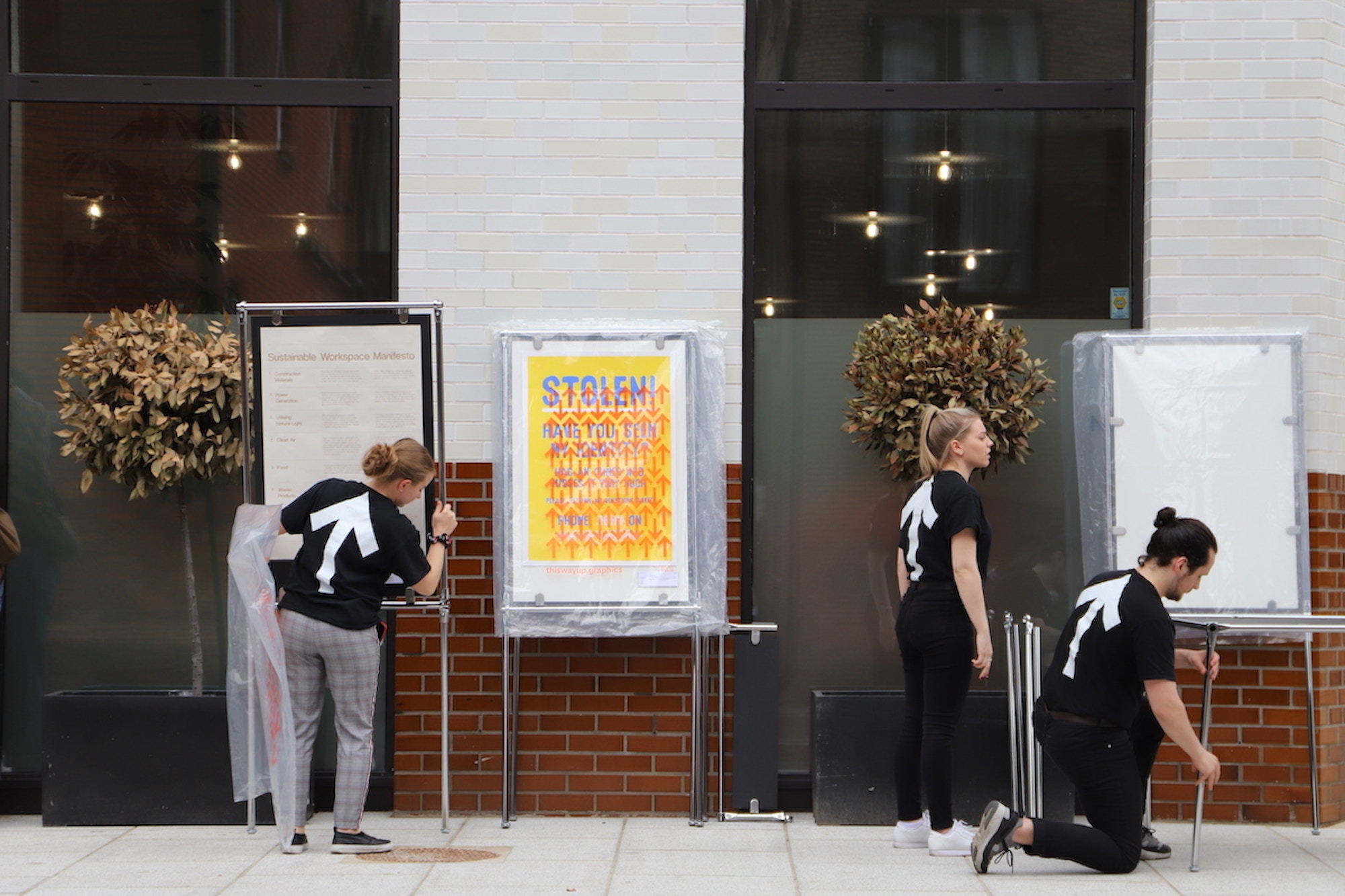 Setting up the show on the road

From the outset we knew this was a high-risk, high-reward show; we weren’t sure if studios would let us in. But we did everything we could to ensure that it would be interesting to studios, and we had planned for every outcome.

In the end, the show was a big success and we had no issues, but this was only because we had a small very dedicated team working on it for the past year. We faced many challenges throughout the year: Our driver had never driven a van, we’d never had to work out taxes and pay ULEZ fees. But all of these little issues were overcome, and once the show was on the road all that was left was to ensure that the studios were impressed, and that we made as many connections as possible.

“Once the show was on the road, all that was left was to ensure that the studios were impressed” 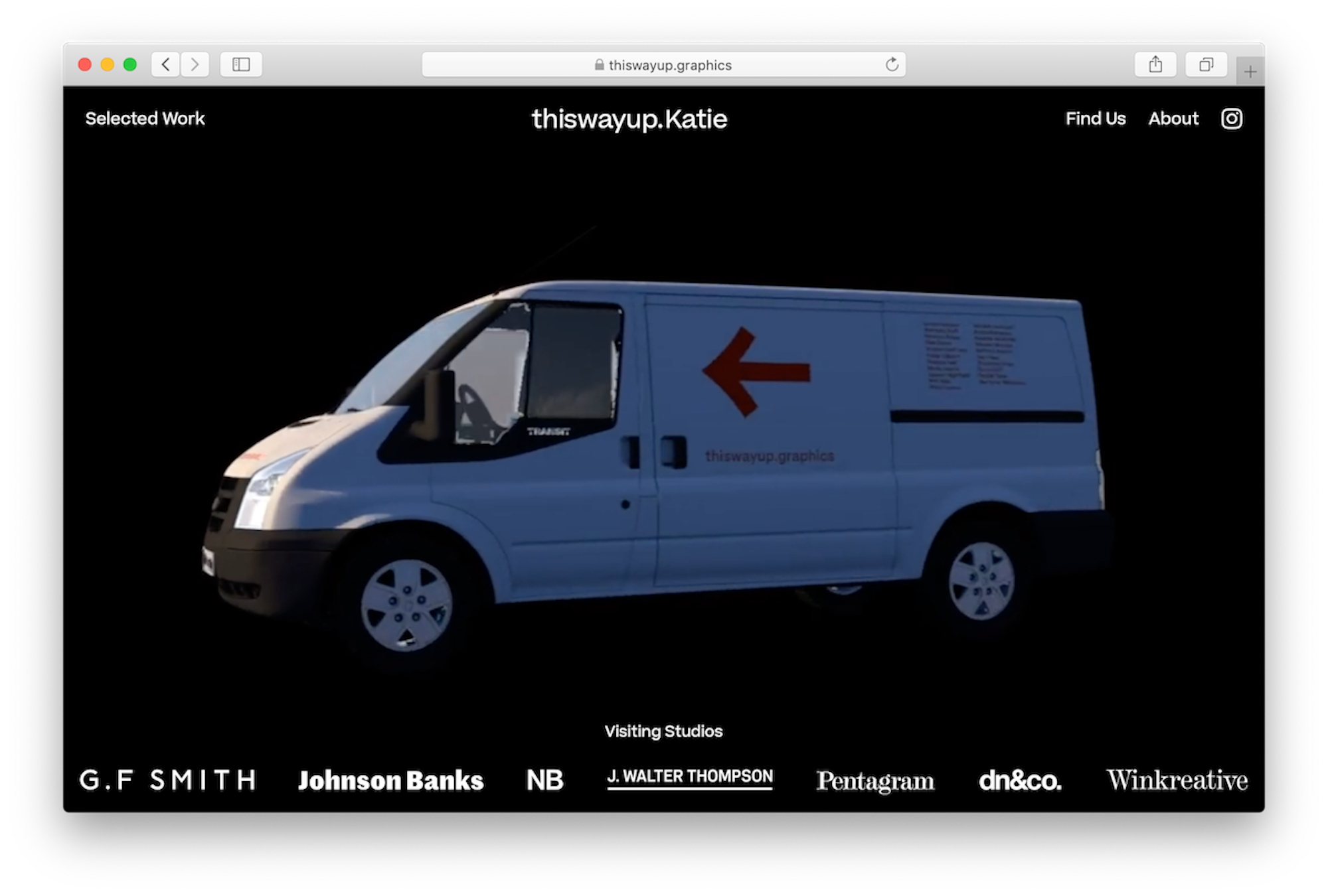 Many of the students now have internships and interviews off the back of the show – the majority of which have stemmed from being able to speak to the studios and talk through our work, without the pressure of having to entice them to look at your work.

Whilst the success of the show came from the concept of visiting studios, we designed every part so that the work was the main focus. We created a website that served as mini-portfolios, the manual gave an overview of the designers, and all of this was tied together through our identity. From T-shirts to captions, everything was designed so that studios could easily identify our work and then find it either through the manual or online. I feel like the easier you make their job, the closer you get to landing a job!

My advice to anyone thinking about an upcoming degree show would be to do something different. This is your time to show industry that you can come up with creative solutions to problems. You could hold a show in multiple locations at once, do a show completely in AR, hire billboards to present work located near studios you admire. Do something new, and if it’s exciting enough industry will support it.

ustwo’s Cara Bermingham on what it means to be a delivery coach, teamwork and the importance of empathy

Amelia Leuzzi, designer at DesignStudio, on thinking big and having fun

Oliver Wigglesworth, associate creative director at Music, on rising up the ranks