Not everyone starts out with a big plan, and in account manager Ella Rybacki’s case, “going with the flow” has worked out impressively well. Her studies in French led her to a year’s professional experience in Paris, where a chance encounter eventually resulted in a place on the Ogilvy Fellowship scheme. The programme gave her an all-important foot up the ladder, and she now oversees major campaigns with some of the nation’s biggest brands at London-based advertising agency 18 Feet & Rising. She might be less than a year into the job, but Ella is fast learning the value of meticulous organisation, the tricky art of prioritisation and that you can never ask too many questions. 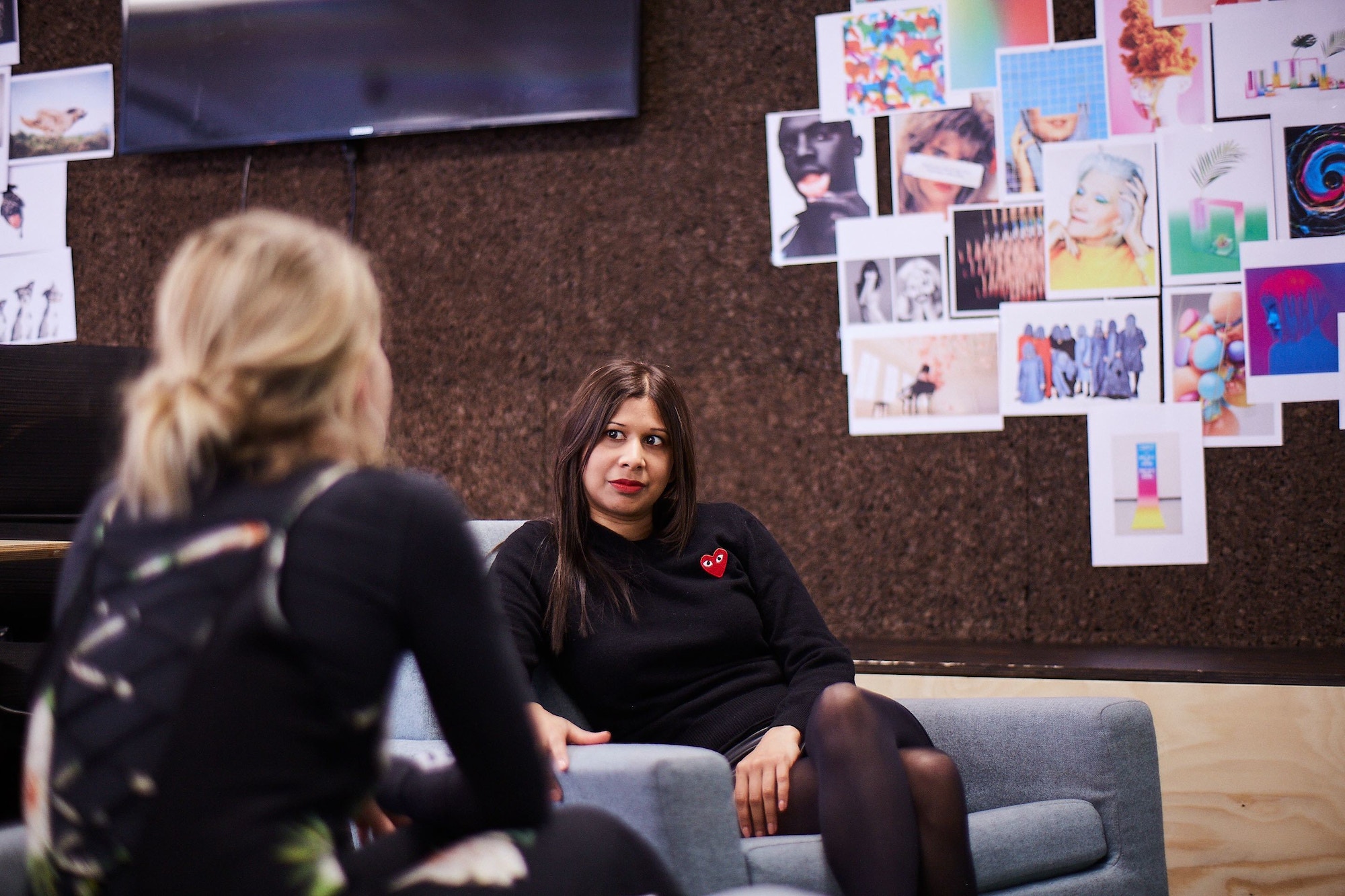 How would you describe your job?
I coordinate projects, from briefing, through to creative development, production and delivery, working closely with the team across every department, and with the client to produce great creative work.

What does an average working day look like?
I always listen to podcasts on my way to work to distract myself from being squashed into some banker’s armpit on the train! When I arrive I’ll go through my emails and write a to-do list for the day. Every day varies, but generally I’ll meet with internal teams and clients, have calls about live projects, attend creative reviews and try and make my way through my list in between. My favourite days are when I’m out of the office, either at a shoot or a workshop – when you get to see the projects you’ve been working on come to life. My working hours vary, but on paper they’re 9am to 6pm. When big projects are in production or there’s a shoot, days tend to start earlier or go on much later.

How did you land your current job?
I got my job through a recruiter; I knew I wanted to move to a small, independent agency. I think my experience in a bigger network helped to get me the job, but in my interview, I immediately felt at home and knew I’d like it. Everyone is completely different here, but there’s an attitude I can’t pinpoint that unites everyone. Basically it’s like being part of one huge, crazy, dysfunctional, amazing family.

Where does the majority of your work take place?
This varies. I do need to spend a lot of time sending emails, but face-to-face meetings are also crucial, so I’d say 50/50 between desk and being out-and-about. Maybe 70/30 on a less-fun day.

How collaborative is your role?
I work with every department in the agency and also work closely with the client.

“My favourite days are when I’m out of the office, either at a shoot or a workshop – when you get to see the projects you’ve been working on come to life.”

What are the most and least enjoyable aspects of your job?
I’ve never liked finance, so I find that a bit dull. Stress levels change a lot; they can go from zero to 10 over an email or phone call.

What has been the most exciting project of the last twelve months?
I’ve really enjoyed working on our new campaign for Thortful on their first ATL [above the line] campaign. The clients have been really collaborative through the whole process. Worked with our ECD [executive creative director] Anna, who also directed the spots, creatives, producers, planners, my business director and the finance team.

What skills are essential to your job?
Organisation, empathy, people skills and the ability to prioritise.

Would you say your work allows for a good life-work balance?
Even though I love what I do, I think it’s so important to switch off and step away from work. You have to be able to recharge and go back to work with a fresh perspective on things to avoid burning out.

What tools do you use most for your work?
Rule one of account management: never be without a pen and notebook. I also use a Macbook Pro, iPhone 7, Keynote, Excel, Citymapper (so I’m not late for meetings).

What did you want to be growing up?
Everything. A window cleaner, an actor, a lawyer, a shopkeeper.

How (if at all) is the subject you studied useful to your current role?
I think the skills I learnt are invaluable in my day-to-day life. I don’t speak so much French anymore though.

What were your first jobs?
I did a year abroad in Paris for my degree. I worked in a recruitment agency, which was rubbish, but it did give me experience in a professional environment, improved my French and showed me that I definitely didn’t want to work in recruitment.

Was there anything in particular that helped you at the start of your career?
When I was on my year abroad, I went to an event at the British Embassy and met someone from British Airways’ marketing department. I told her I was interested in going into advertising and we met up after to talk about it. She wrote on the back of a beer mat where I should apply for grad schemes – Ogilvy was at the top of the list, so I applied to the fellowship in my final year of uni.

Was there an early project you worked on that helped your development?
When I started at 18 Feet, the House of Fraser Christmas campaign was in production and loads of other projects were kicking off at once. I really got thrown in at the deep end, which was great (if daunting).

What skills have you learnt along the way?
I haven’t been in the industry that long, but the main skill I’ve learnt is prioritisation and having a thicker skin.

What’s been your biggest challenge?
Deciding on the direction I want my career to go in.

Is your job what you thought it would be?
Mostly, yes. When I hear my friends talk about their jobs, it makes me so grateful that I’m doing what I’m doing. I’d hate to work in a corporate environment. 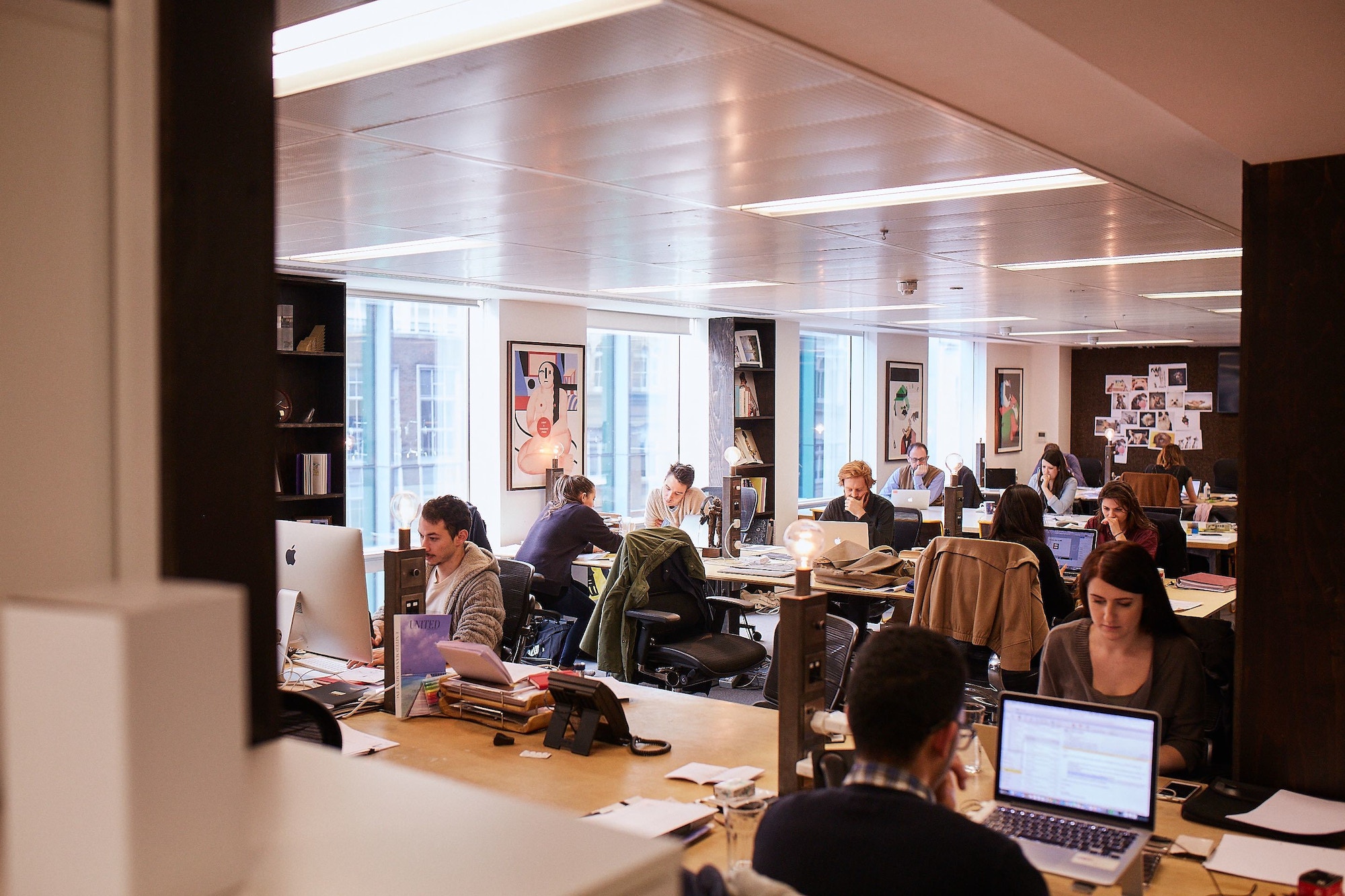 I have no idea where my career will take me. I don’t even know what I want for lunch – I’m just going with the flow.

Could you do this job forever?
Forever sounds like a very long time. I’ll do it until I can go and retire to Blackpool.

What advice would you give to a young creative wanting to become an account manager?
Don’t be afraid to ask questions. No matter how senior someone is, remember they’ve all had to climb the ladder too, so at some point have been where you are. Take notes. Make time to have fun and get to know the people you work with.

This article is part of our In the Studio With feature on 18 Feet & Rising.

Creative Lisa Turner-Wray on the joy of collaboration, and finding inspiration in the weirdest places

Einstein wisdom and viral videos: we enter the world of advertising agency Creature of London

Ella Rybacki, account manager at 18 Feet & Rising, on “going with the flow”

“Surround yourself with people better than you” Sam Wilkes, packaging creative director at LOVE