First Hand — How do you grow a successful company alongside full-time work?

It’s an incredibly busy time for business co-owners and life partners Niko Dafkos and Paul Firmin. As the forces behind popular candle brand Earl of East London  and design store Bonds, Christmas will see them inundated with gift orders. But on top of a particularly frantic season, Niko and Paul also work full-time jobs in media an advertising. Since founding their business in 2014, the pair have maintained their roles – Niko as social producer at AMV BBDO, and Paul as agency group head at AI start-up, GumGum. Having recently opened their second store in Coal Drops Yard, as well as distributing to over 180 stockists, Paul shares with us their learnings so far, and how they’ve been able to grow so fast. 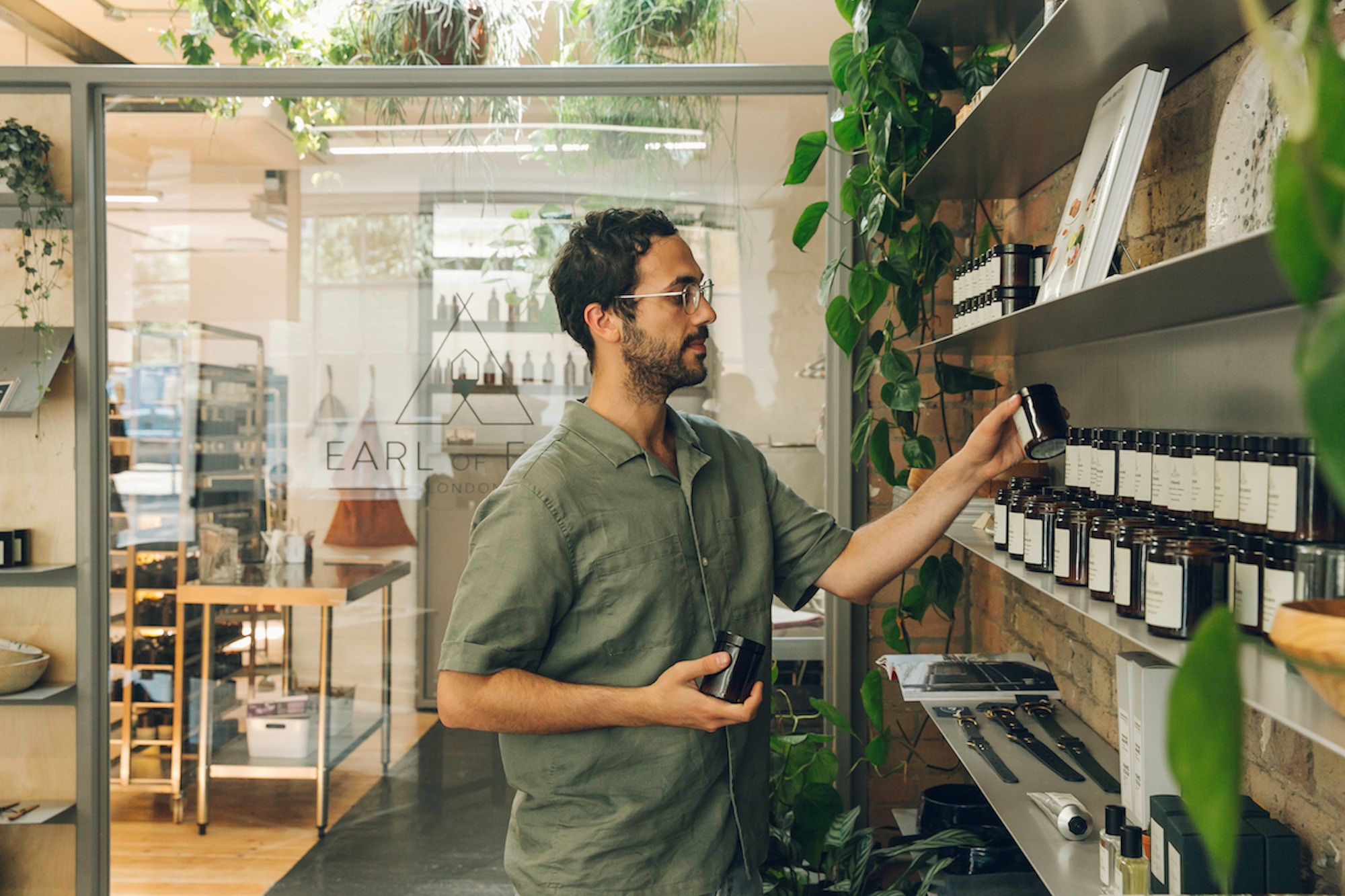 Before we founded Earl of East London, Niko and I would spend every weekend doing the typical East London routine of trawling broadway market and independent shops, cafes and restaurants – always wanting to get more involved in that community. We’d also spent some time in LA and loved the indie stores there, and it didn’t feel like anyone was doing it in the same way here.

The initial idea was to create a lifestyle store, which we started as a market stall at Netil Market. We stocked everything from cacti to candles and curiosities, including mid-century ceramics. Soon after, we decided to launch our own line of candles.

It took six months of making candles at home, and a lot of trial and error, before we launched the line in July 2014. By that point, we’d gone from being a one-off market trader to a weekly trader, to opening a 10-foot-by-8-foot shipping container as a permanent shop. By September of that year we were working with Selfridges, and by the end of the year we had 25 stockists.

We now have 180 stockists, two stores (one in London Fields, one in Kings Cross) and create thousands of candles a month. We also run workshops, events and we're even writing a book. There’s a lot going on, so it’s funny to think that just four years ago it was an idea, and not even a fully formed one.

Looking back now, these are some of our biggest learnings so far, and the things that helped us most. 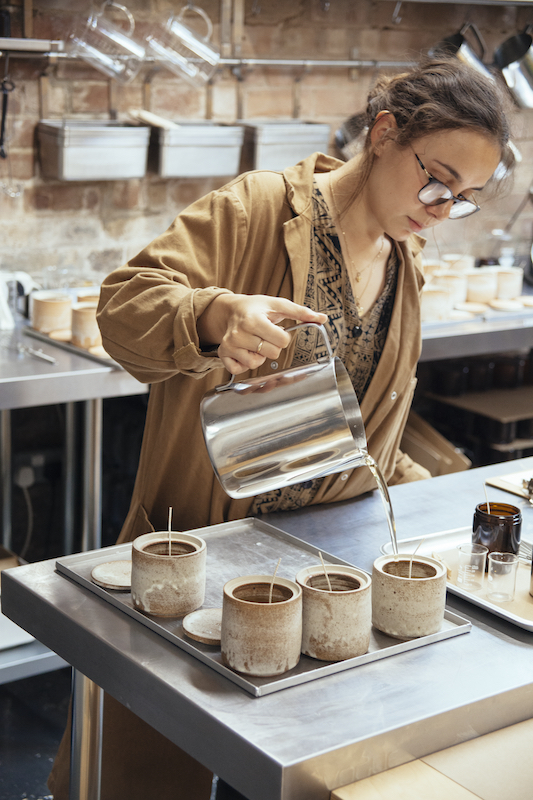 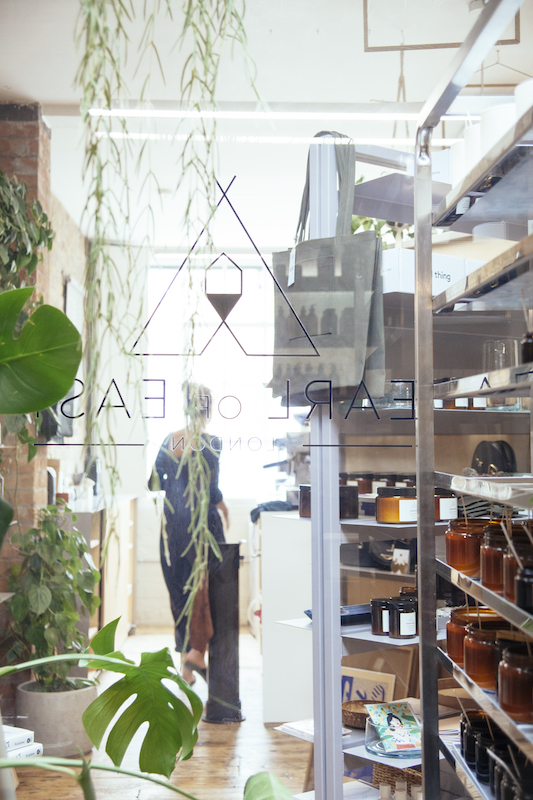 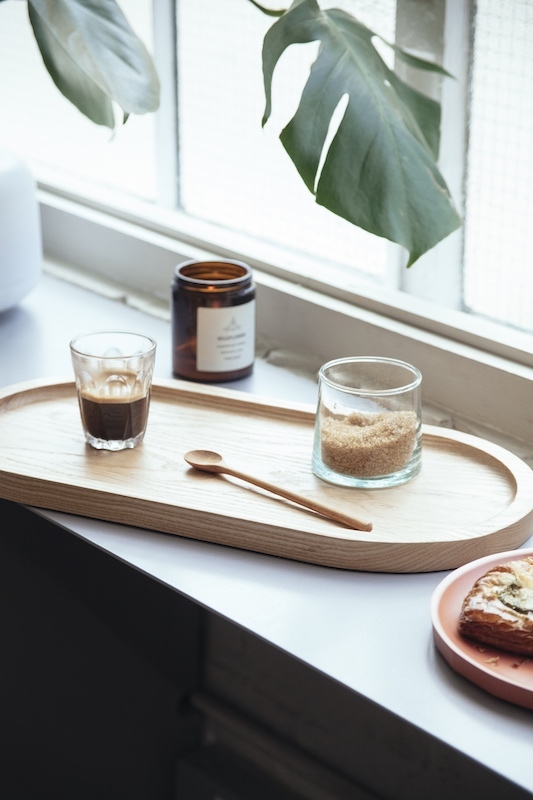 A good business grows out of something you truly enjoy
People say that if you find something you love doing you’ll never work a day in your life, and I think that was true of how we began. We didn’t start out with a desire to build a business, it was more about Niko and I wanting to have a shared creative hobby as a couple. Then along the way, and in part because we’re both ambitious, it ended up turning into a business.

I think we’ve been able to grow successfully because we work well together. Also, as a couple, there’s a kind of no-holds-barred approach. You’re ultimately both in it for the same goal – building a future together.

There are benefits to running a company alongside your job
Having full-time jobs alongside the company has been key to its success, both financially and in terms of keeping balance in our lives. Having another part of our lives also gives us perspective, meaning we don’t get too emotionally drawn into it.

We both have a grounding in advertising and media, which really helped develop our project, because we’ve been trained to think like corporate businesses. From the day we started, we began thinking about what our brand would look like, and knew we would need online platforms. 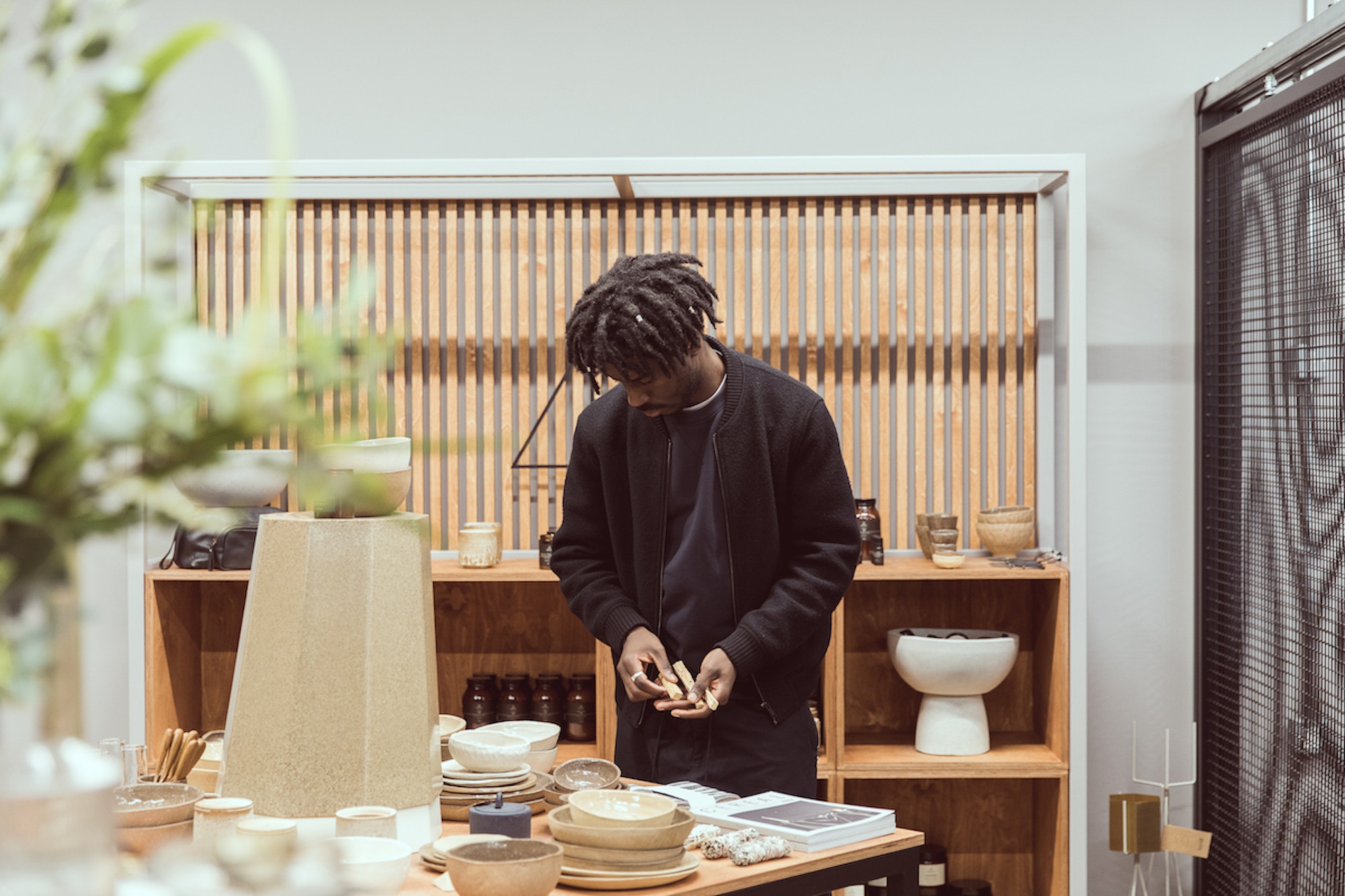 Inside Bonds at Cole Drops Yard in Kings Cross, by Andy Donohoe

Association with bigger brands can bring visibility
Early on, we began bringing over a lot of emerging brands from America that didn’t have any stockists in the UK. This became a focus for us, because we knew it could attract attention and get people talking about us.

Brands began mentioning us on their social media, which gave us a big foot up the ladder – even though, at that point, we had only done a couple of market stalls.

A market stall attracts meaningful connections
Netil Market was an important platform for us and the timing worked really well. Being there every week meant a lot of local store owners would come in, and when they liked the product, they would order it.

We still have a lot of customers who began buying from us at our market stall. They are a part of everything we do, because they’ve followed our story and journey. I think, when you start small, people are keen to support you – especially if they met you in person. 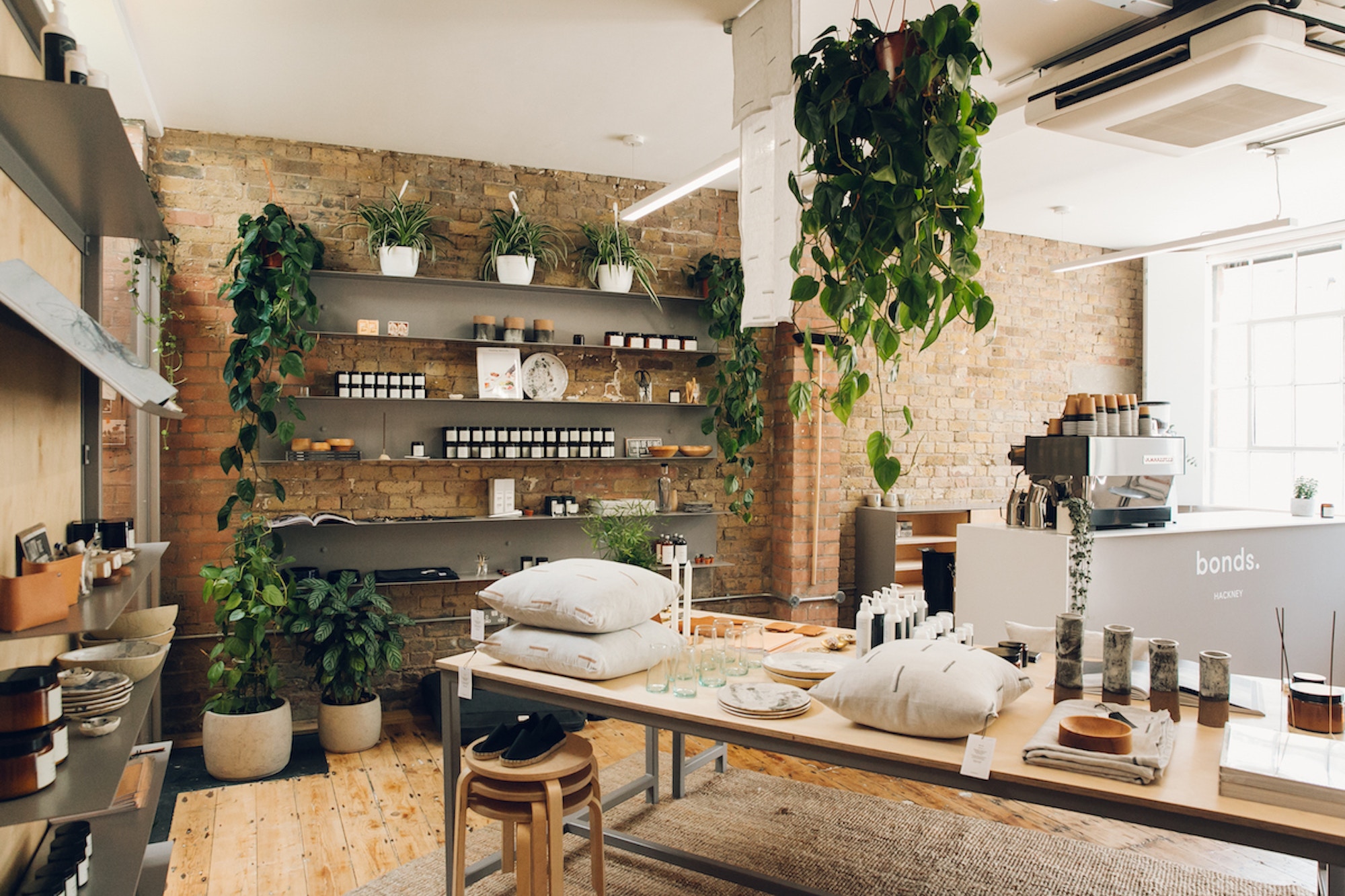 You don’t need to launch with a perfect product or website
Too many people get bogged down in the idea that everything needs to be perfect. I think it’s also the reason why a lot of people never get a business idea off the ground. The reality is that you’ll be far more critical than most other people.

You don’t need to launch with a perfect comms strategy, product or website. But you do need to think about how it will all fit together.

Your first website doesn’t need to be built by a developer. There are so many tools out there now; you can also spend £20 a month on Shopify and make your own. You’ll also get so much more value out of that, because you’ll understand it more. 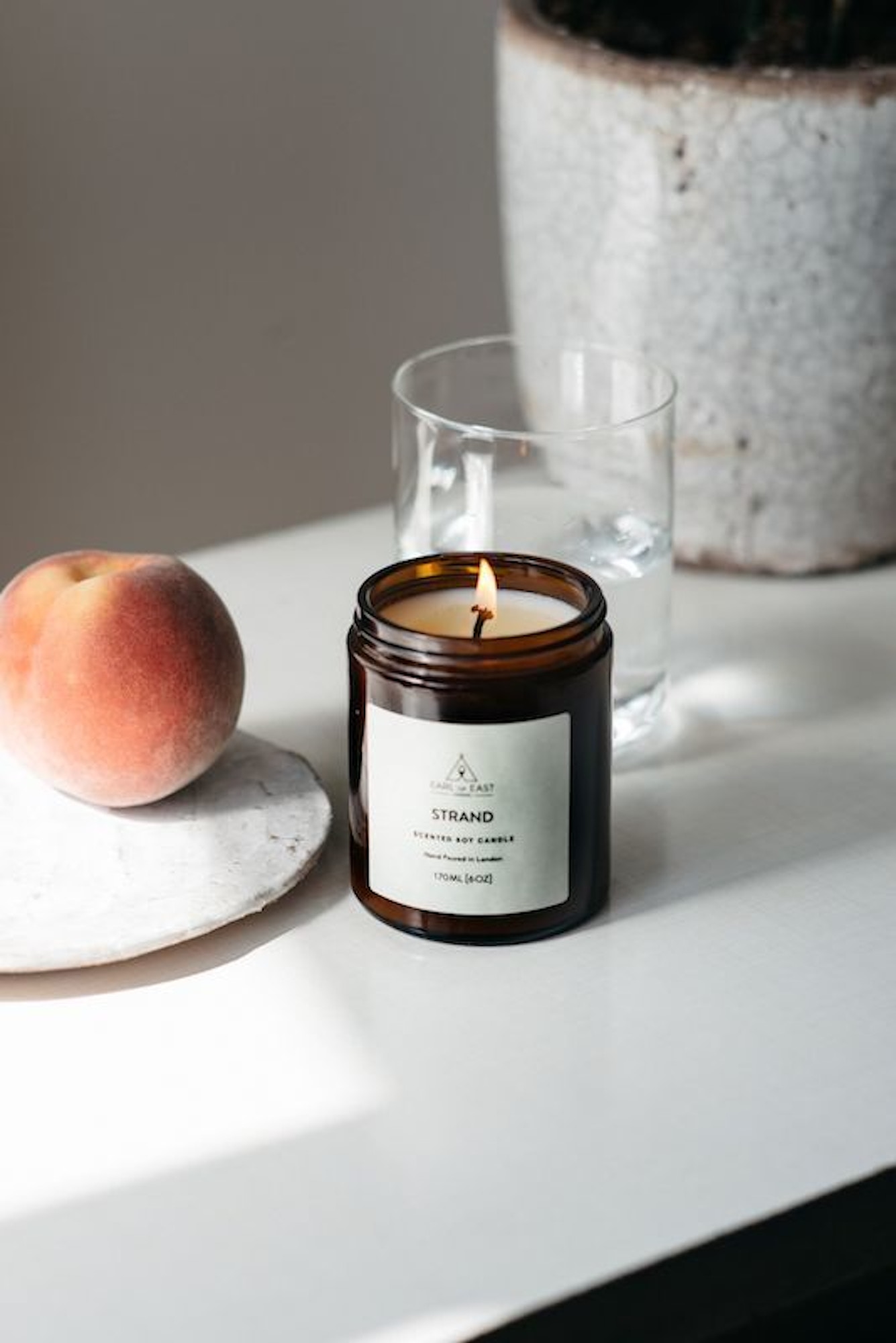 Create a brand you’d buy into yourself
I think sometimes people overlook the need to create a product or brand they would buy into themselves. You might want to make something very premium, expensive or slick, but in reality it might not represent the life you lead. With our candles, we created something people could afford, at a price we would be happy to pay – around the £20 mark.

Our business is very representative of who we are as people and therefore, our customers. I don’t think you can understand the market if you don't live and breathe it.

With your own business comes a lot of hard work
In the first year, we said yes to everything that felt right for us, as we were testing the market. There wasn’t really a life-work balance and we sacrificed things, and that’s kind of par for the course.

If you’re going into business thinking you’re going to have an easy life, you’re probably going into it with the wrong attitude. But, because it’s yours, it means that whatever you put in, you get out of it. 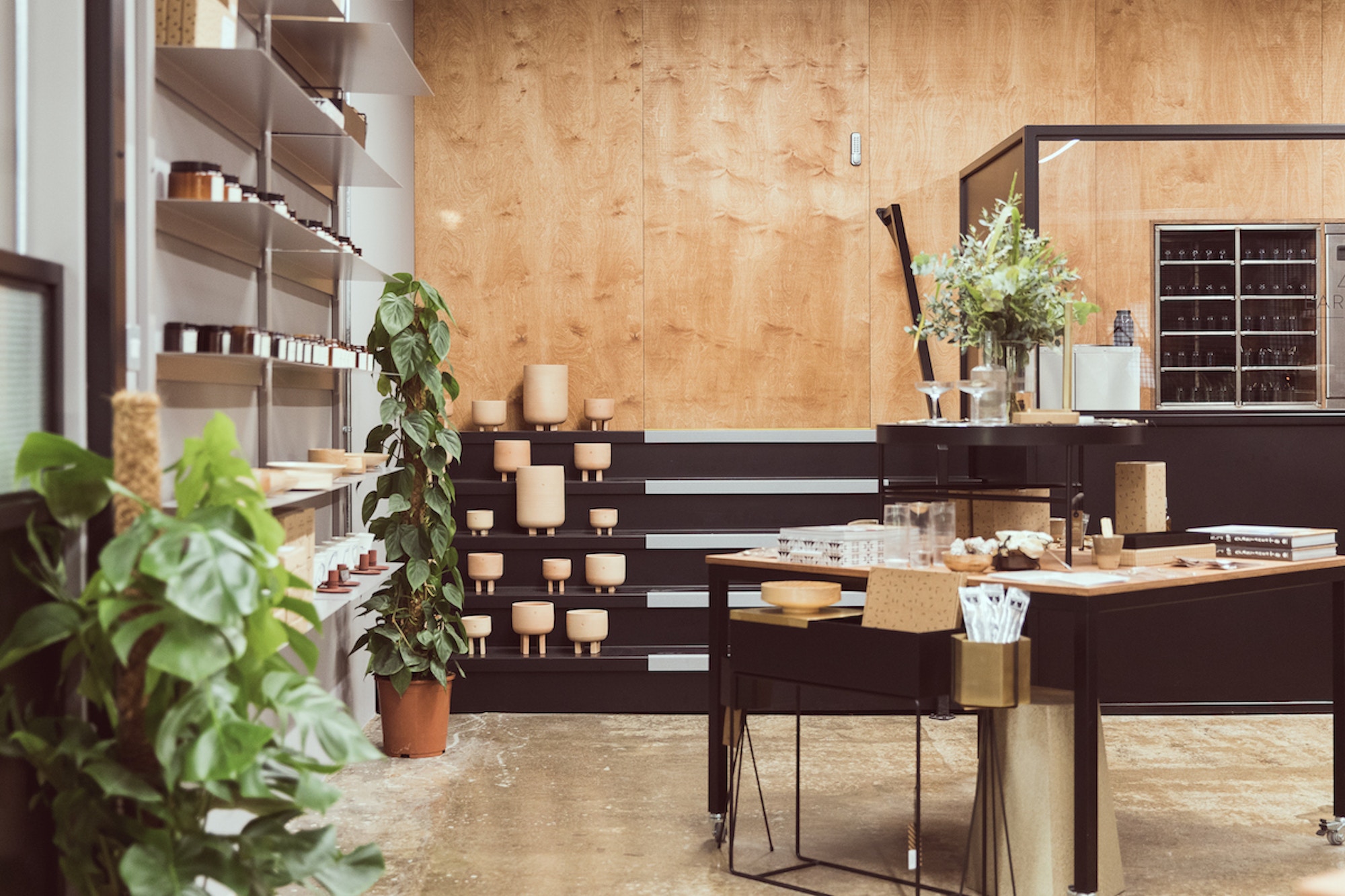 Keep thinking about the next step
Pacing your ideas while making them a reality is really important. We always talk about the business in terms of the next 18 months. The minute we opened in Hackney, we already started looking for a second location.

This wasn’t necessarily because we were ready for it, it was because we’re constantly thinking about the next step. We always vocalise it, as we believe that the more you share ideas, the more likely you are to make it a reality – you give yourself that extra pressure.

The key thing is to think about what you want the business to look like in five years. If you can nail your dream scenario, just make sure that everything you do is working towards that goal.

Header image and row of three images by Sarah Bates

Creative director and Fiasco Design co-founder Ben Steers on pitching, persistence and making your own job

Toby Roberts, junior creative at 18 Feet & Rising: “Learn how your brain works best, then go for it”

W+K planner, Ayo Fagbemi on politics and finding purpose in your work