On the podcast this week, we are joined by Dan Adeyemi. Currently the lead creative technologist at fashion brand Farfetch, it’s Dan’s job to experiment with how technology can be used to bring various ideas to life. This often means encouraging clients and brands to take risks on future possibilities – rather than focussing on current trends – whether that’s an interactive look-book or projects using augmented reality. Having previously been freelance, Dan tells us about the challenges of going from self-employed to full-time, working in the world of fashion, and why it’s important to keep learning.

Growing up, Dan had ambitions of being in music or politics, but ultimately ended up at Goldsmiths, studying creative computing. “I might be one of the few people whose degree completely relates to what I do!” he says.

Since graduating from Goldsmith’s creative computing course in 2013, Dan has taken up roles predominantly in the world of fashion, starting out as a web producer at Net-A-Porter before joining teams at Dazed and Condé Nast. But it was only when he joined Stylist Magazine that he finally entered the world of creative technology.

After graduation, Dan initially planned to go straight into an MA program, but after securing the role at Net-a-Porter, he deferred the role – a decision that proved to be indefinite, not that he knew it at the time. But he remains studious in his life outside of work – attending lectures and exhibitions, and making sure to keep abreast of new technologies.

“This kind of role is like being given a new sudoku every week. You have to be excited to figure out how it works.”

Encouraging clients to go outside of their comfort zones is a big part of the role, and requires a certain amount of speculative thinking, as Dan explains: “As a creative technologist you’re not just thinking about what you can do now; it’s what we can do in a few year’s time and what the effects of that are. You’re having to put yourself in fictitious events or scenarios...It’s about asking how people will be engaging with ideas in the future – not just what’s popular now.”

Before starting at Farfetch, Dan worked as a freelancer – but the experience wasn’t without its challenges: “I got used to the idea of owning my time,” he remembers. In particular, Dan pinpoints the struggle to get paid on time as one of the stumbling blocks he encountered while being self-employed.

Listen in as Dan tells us more about how his career journey has unfurled since graduation, and shares his advice for any budding creative technologists. 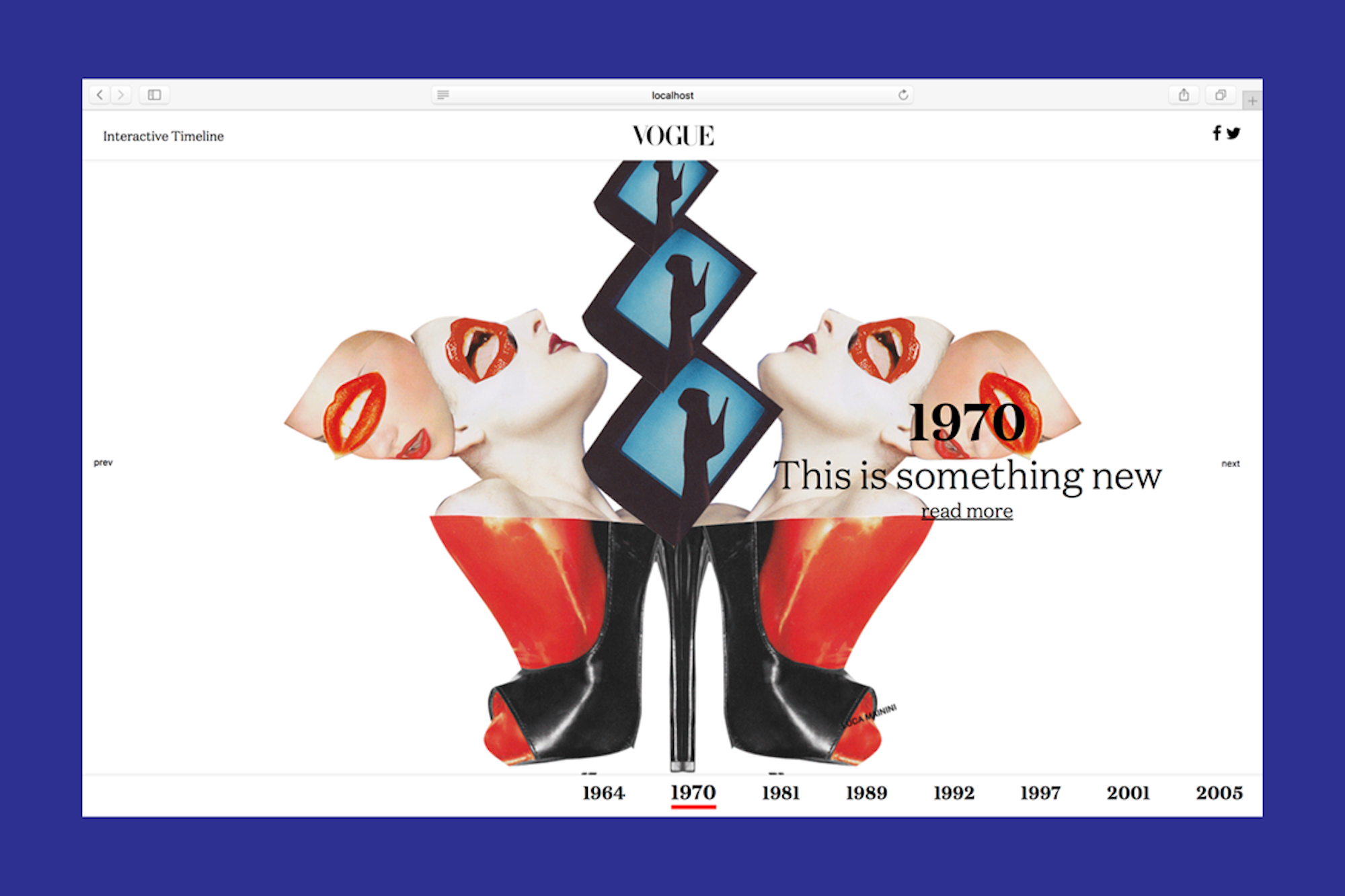 Some of Dan's work for Vogue

Graphic designer Lance Wyman: “Design is like telling a joke – you can’t explain it to make it better”