Creative Lives is a podcast series profiling interesting creative careers – from how they identified an interest in the industry, to their formal education and landing their first job. This episode was recorded on 19 April 2016 and the guest was designer Nelly Ben Hayoun, who summarises her work as designing “extreme experiences for members of the public to access the sublime.”

Nelly begins by outlining what a good week’s work looks like for her, from her work connecting tech companies to the public to her teaching at CSM and the RCA, as well as writing her Ph.D.; asked how she manages such a vast workload, she explains that she doesn't decline much. “It's not about saying no,” she says, “it's actually about grouping the energy into one place so that we can all achieve the mission I've set for the studio.”

She goes on to talk about the International Space Orchestra, a project she has set up composed of space scientists who perform music, drama, Greek tragedy and more. The intention, she says, is to create a community out of people who might not otherwise actually have ever spoken to one another. It seems an undertaking of impossible scale and difficulty, but Nelly explains that she achieved it by approaching it as she didn't know the problems. “The key to any start-off, any project, is to keep that naïveté at core,” she says. 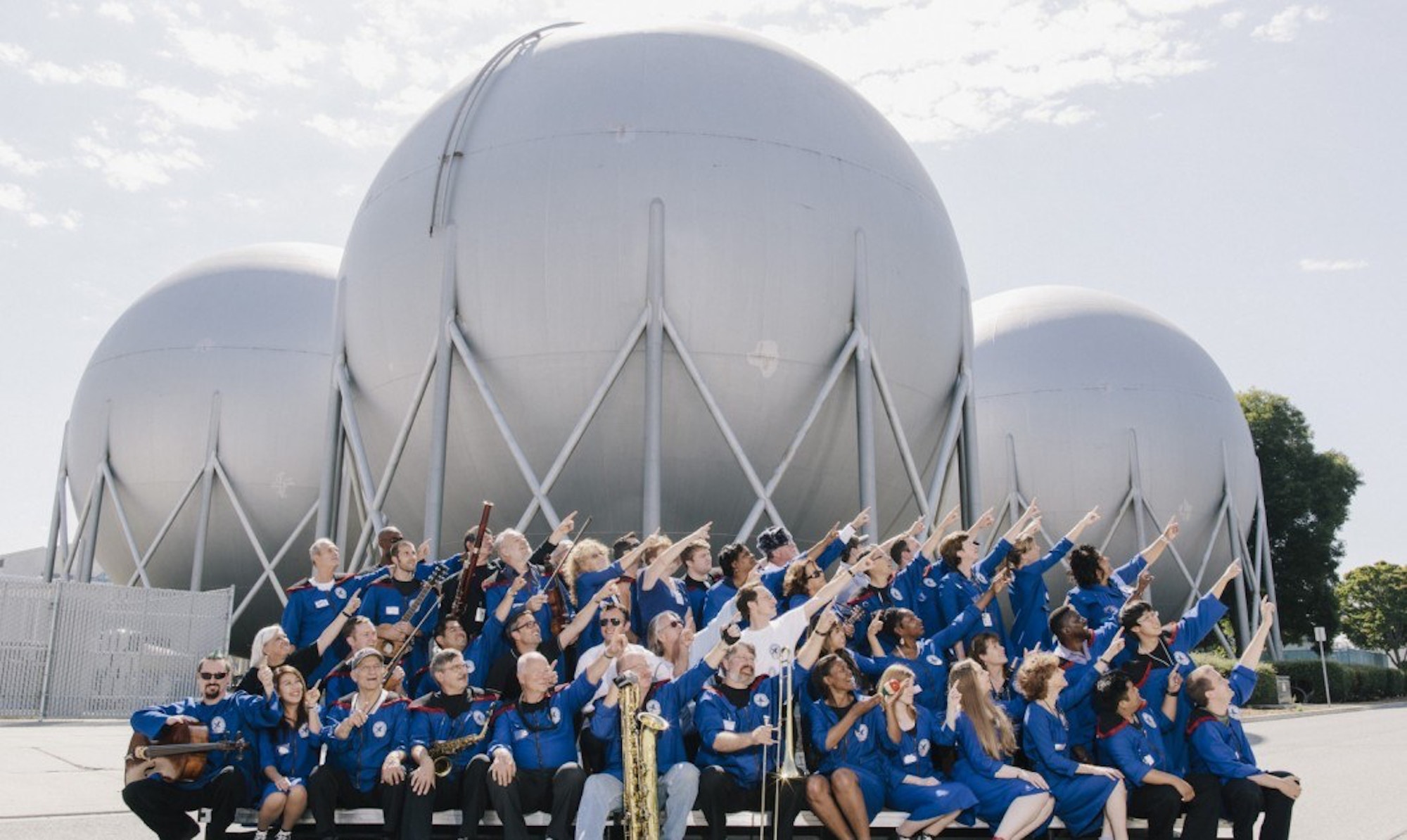 Nelly then discusses her early life and university career, which were characterised by a never-ending series of madcap artistic projects such as marrying her grandmother to her sister atop a moving car. She stumbled into a trip to Tokyo, where she became involved in a TV show about her internship with a kimono master, and talks about how she mustered the courage to embark on such bold schemes. “Every time I start a new project I have a new partner in crime,” she says, explaining that she draws courage from historical figures like Sartre and de Beauvoir. She extols the virtues of her MA at the RCA as a fertile experimentation ground and a good source of contacts for later work, and goes on to discuss the difficulties of her early career, during which she spent much of her time chasing grants and building a portfolio with the support of her peers from university.

She then explains her stance on commercial work, and how she is fiercely protective of her vision, though she concedes that this is something she has only been able to do after achieving initial success. “Go and build up the profile first,” she warns, “and then you can take that kind of standpoint.” The topic moves on to her recent film project, Disaster Playground, and the skills she employed in juggling its many potential audiences.

Asked about awards, Nelly freely admits that getting recognition is important to her, and that not winning hurts. Teaching is a more positive experience, a refreshing change from what she describes as the egocentric conditions of design practice. Nelly explains that she has failed a lot, but that in her view, “if I didn't do it this way, I don't think I would have been able to be here, able to embrace every single project and be happy.”

Between the recording of this interview and publication Nelly has resigned from her role as first year leader on the MA Material Futures course at Central Saint Martins and is currently working on a new MA programme.

Find a friend, give it a title and use your job: We get some top advice on side projects

From their bedrooms to a home studio, ceramicists Liv and Dom Cave-Sutherland talk to us about their evolution