Creative Lives is a podcast series profiling interesting creative careers – from how they identified an interest in the industry, to their formal education and landing their first job. This episode was recorded on 25 April 2016 and the guest was reportage illustrator George Butler.

George begins by discussing his current work, travelling and recording, and how, in an ideal week, he sifts through the material accumulated on his last trip while making plans for the next. “If it's a good week,” he says wryly, “that works – and if it isn't, it doesn't.” For George, this combination of the illustrative challenge of representation and the exploratory challenge of travel is what drives him to produce the best drawing, and he goes on to talk about the advantages illustrative reportage still retains even in the era of photography, such as the ability to curate collated work and the power to represent more than just an instant in time.

He discusses his early life and the beginnings of his interest in reportage, studying illustration at Kingston University, and reveals that it was after his university career, while illustrating the first British military tour of Afghanistan, that he realised that reportage was for him. “I think you have to go to a place where you feel like you have a reason to be,” he says, “and that inspires you to do your best work.” For him, this place is wherever he can tell a story that might otherwise go undocumented. Asked how he makes this work pay, George breaks down his sources of income into two main categories: selling original prints at exhibitions, and selling illustrations to magazines and newspapers. 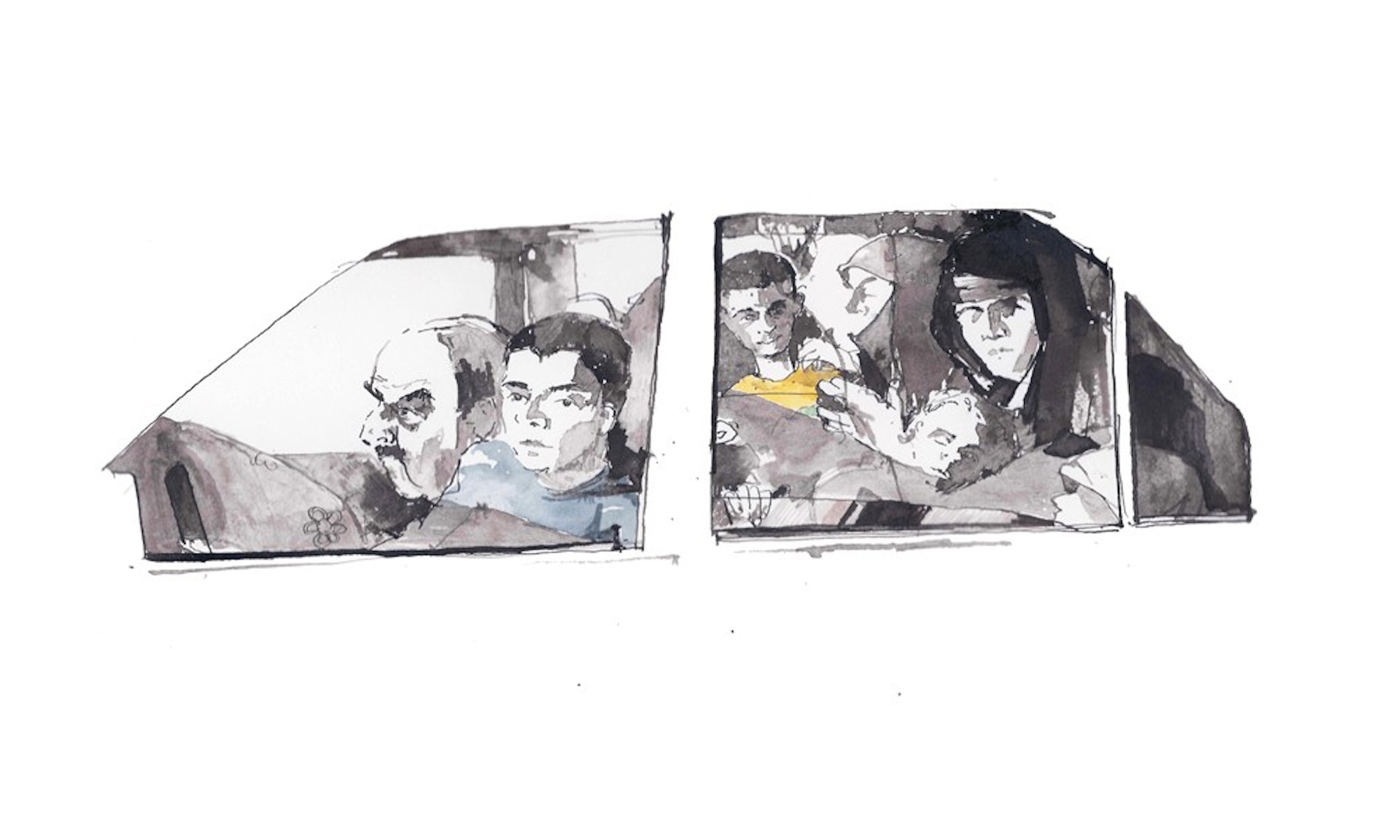 George goes on to discuss the specifics of his 2012 trip to Syria, where he illustrated daily life in Azaz, and how he had to adapt his plans after finding the UN refugee camps closed to him on his arrival. Speaking of the logistics of such a trip, he says that now he sets out with more concrete goals in mind, albeit ones that he must balance with concerns about how long he can safely stay in a potentially dangerous place such as Azaz. Most important, George considers, is confidence: his is a career that requires him to maintain constant pressure on his contacts to provide jobs and funding, and to prove his consistency and skill as an illustrator to potential employers. Out in the field, he finds, illustrators are less threatening presences than photographers, and people tend to welcome him into their daily lives.

He considers his work to be at its best when he finds a challenging story to record. Asked what he would have done differently, George replies that he would not have changed anything: “You just try to draw things that interest you,” he says, “and then people are interested by your interest in it. That’s what good storytellers do.”

Ten key tips that will help you get ahead as an illustrator, by Erin Aniker