Creative Lives is a podcast series profiling interesting creative careers – from how they identified an interest in the industry, to their formal education and landing their first job. This episode was recorded on 19 April 2016 and the guest was editor-in-chief of Riposte magazine Danielle Pender.

Danielle opens with an overview of a typical working week: she spends two days at KK Outlet, a gallery on Hoxton Square, and three at Riposte, “a smart magazine for women”, working with contributors and planning for its monthly events. Asked how she arrived at her current work, she recalls growing up near Newcastle in the 1990s and having to hunt down interesting music and events in the city, a pleasure she now finds in curation. “I love trying to find interesting women that people might not have always heard of, and uncovering different angles,” she says of her work at Riposte. She developed an interest in film through the Tyneside Cinema in Newcastle, and worked there both in-house and later as part of several film festivals. While she did enjoy the content, she says “I think it was more bringing people together and making things happen that I really liked.”

She left university with an interest in curation and an attitude of “just being up for it”, involving herself in many different jobs and events, building up contacts as she did so. She goes on to discuss her move to London and to KK Outlet, where she found work largely by luck. Talking about the foundation of Riposte, Danielle lists some of its influences, including magazines such as Monocle whose breadth, depth and commitment to seeking out and profiling interesting people she admired. Asked how she managed to launch a magazine inspired by something so intimidatingly established and successful, she replies, “If you don't know what you don't know, you can't put yourself off,” citing the importance of naïveté. She goes on to talk about how she met the magazine's creative director, Shaz Madani, and how she used the contacts she had built up working at KK Outlet to find content to fill the first issue. 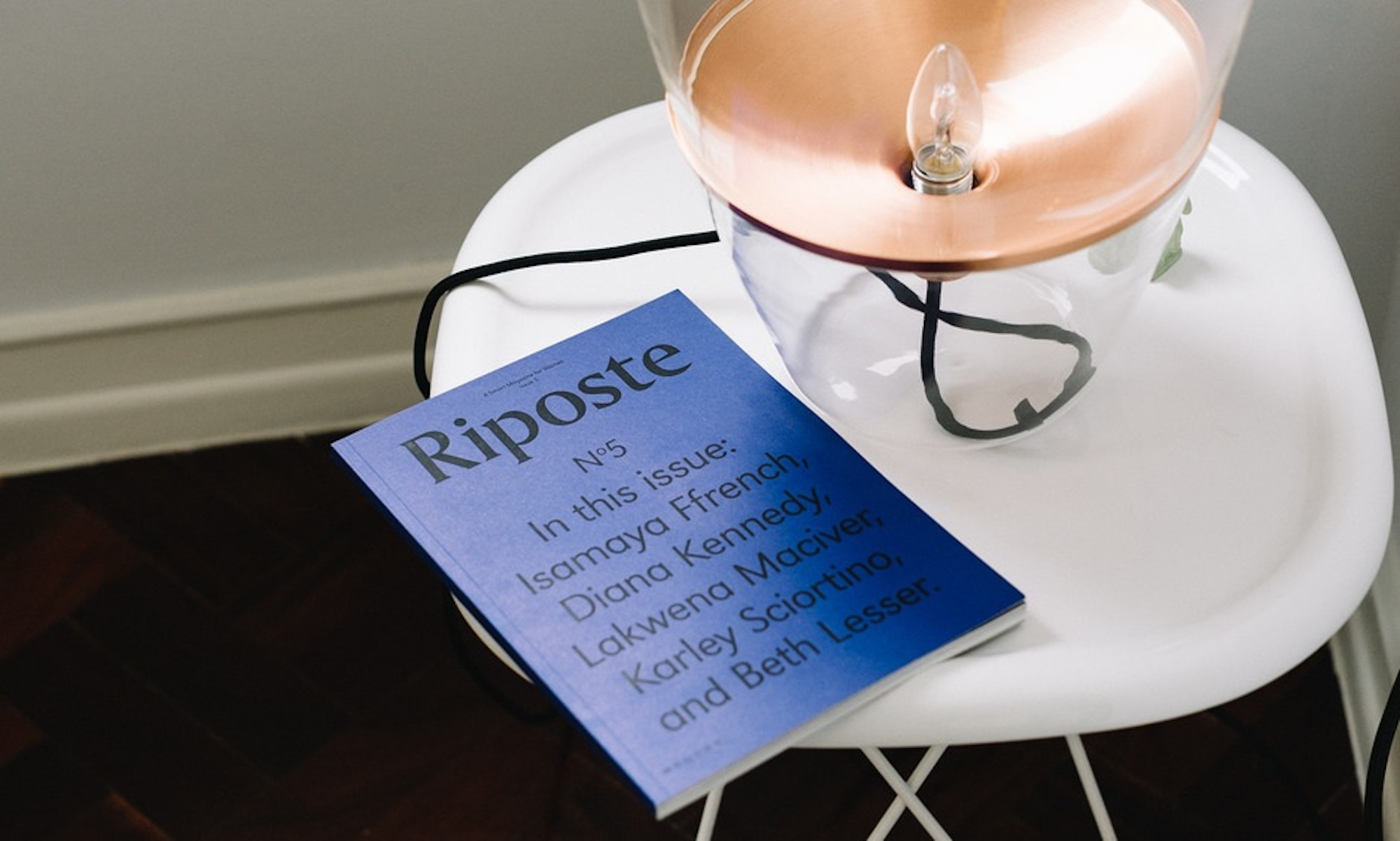 Danielle goes on to discuss where her contributors come from: some Riposte seeks out, others send in speculative emails, attracted by the magazine itself. She runs through a few pointers for those considering speculative applications, and for getting a project like Riposte off the ground in the first place. Asked about the events that Riposte runs, she replies that they feel important to what the magazine does, and do good work in humanising intimidatingly successful speakers. In terms of content, she feels that a balance has to be struck between the desire to get content in and remaining true to the magazine's principles, necessitating a difficult curation process.

She discusses the process of commissioning and rejecting work, as well as the process of reviewing each issue to learn what needs to be changed, and the difficulties of accepting criticism while being mindful that you can't please everyone. Asked what she would do differently, she replies that while she sometimes wishes she'd moved to London earlier, she values the experiences she has had and the opportunities they have led to.

Staff writer at It’s Nice That, Jyni Ong, on unexpectedly working with words