Fresh out of a BA Visual Communications degree at Glasgow School of Art in 2011, Christopher Melgram moved to London to embark on a whirlwind journey into production design. He knew that he had a passion for set design, but with no contacts or knowledge under his belt, he started off as a set runner working in factual television whilst also legal transcribing for the Old Bailey. Eventually, having an artistic eye and meeting the right people got him onto some of the most prestigious sets in history – including ITV’s Mr Selfridge, Disney’s Beauty and the Beast and the BBC’s Taboo. Fast forward to 2020 and Chris’ trajectory is somewhat different – now working in fashion, music videos and commercials, he has become a force to be reckoned with. We caught up with him to discuss the highs and lows of the industry and how he best manages his creative process. 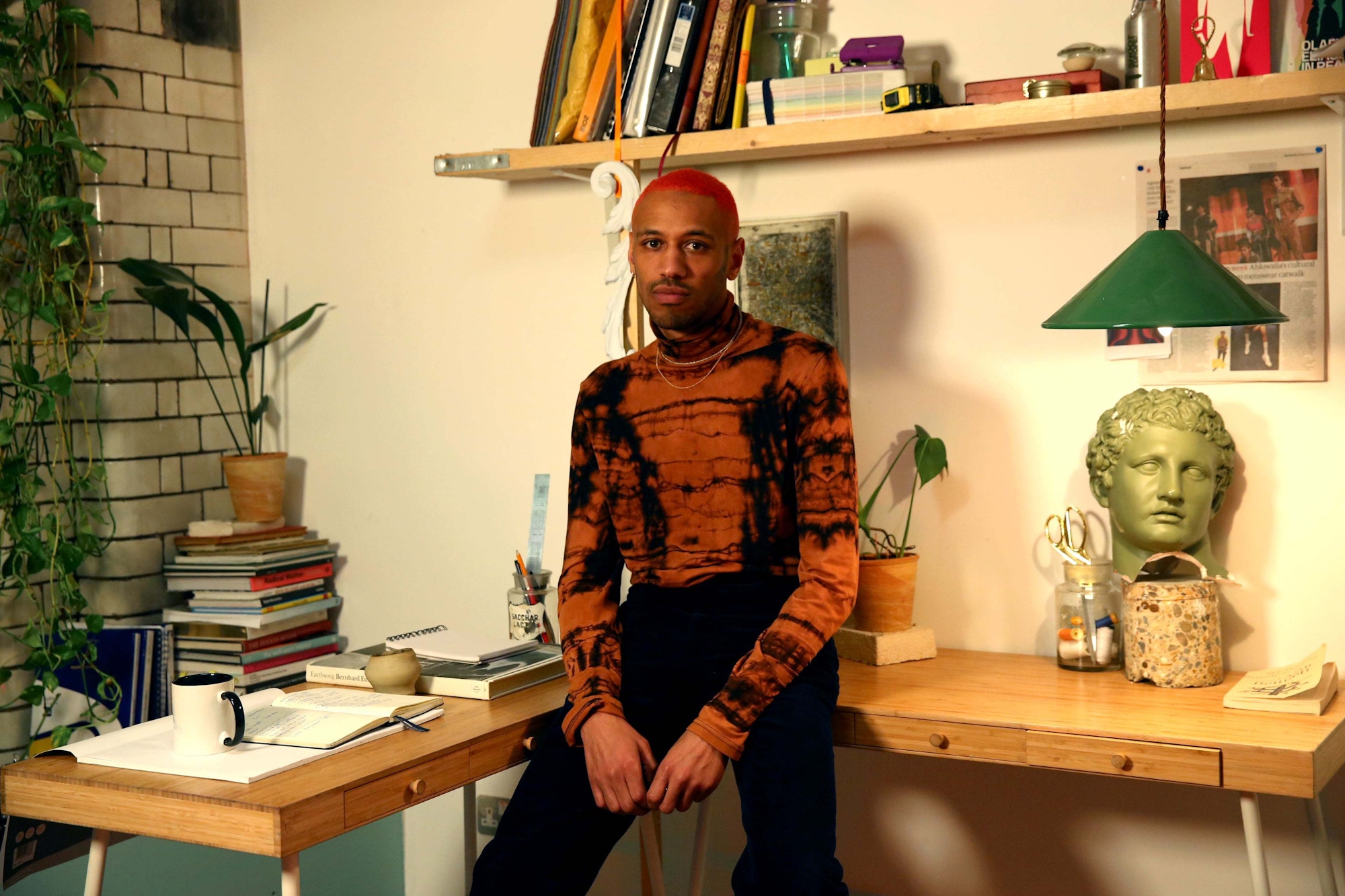 How would you describe what you do?
If I’m working on a moving image, I’m the production designer and if it’s a still then I’m credited as a set designer, but these days I mainly work across fashion moving image, commercials and music videos, as well as installations and experiential design.

What does a typical working day look like?
Once handed the brief, I work closely with the director or photographer to visually bring their concept to life. It’s my job to create the visual space, the stylist will focus on the actors or models, whilst the director oversees all of these threads and pulls it together. My initial ideas derive from conversations I would have had with the client, usually presented early on in the form of drawings, mood boards, renders, plans and schematics – and sometimes scale models and maquettes.

Alongside this, I’m in constant conversation with the producer on a financial and logistical level; signing off budget and making sure everything is working as efficiently as possible. Seeing the set come together is such a rewarding experience, in a poetic way, it’s like watching the physical manifestation of your own imagination come to life. It’s thrilling – and makes me forget the difficult and often stressful parts of the job. 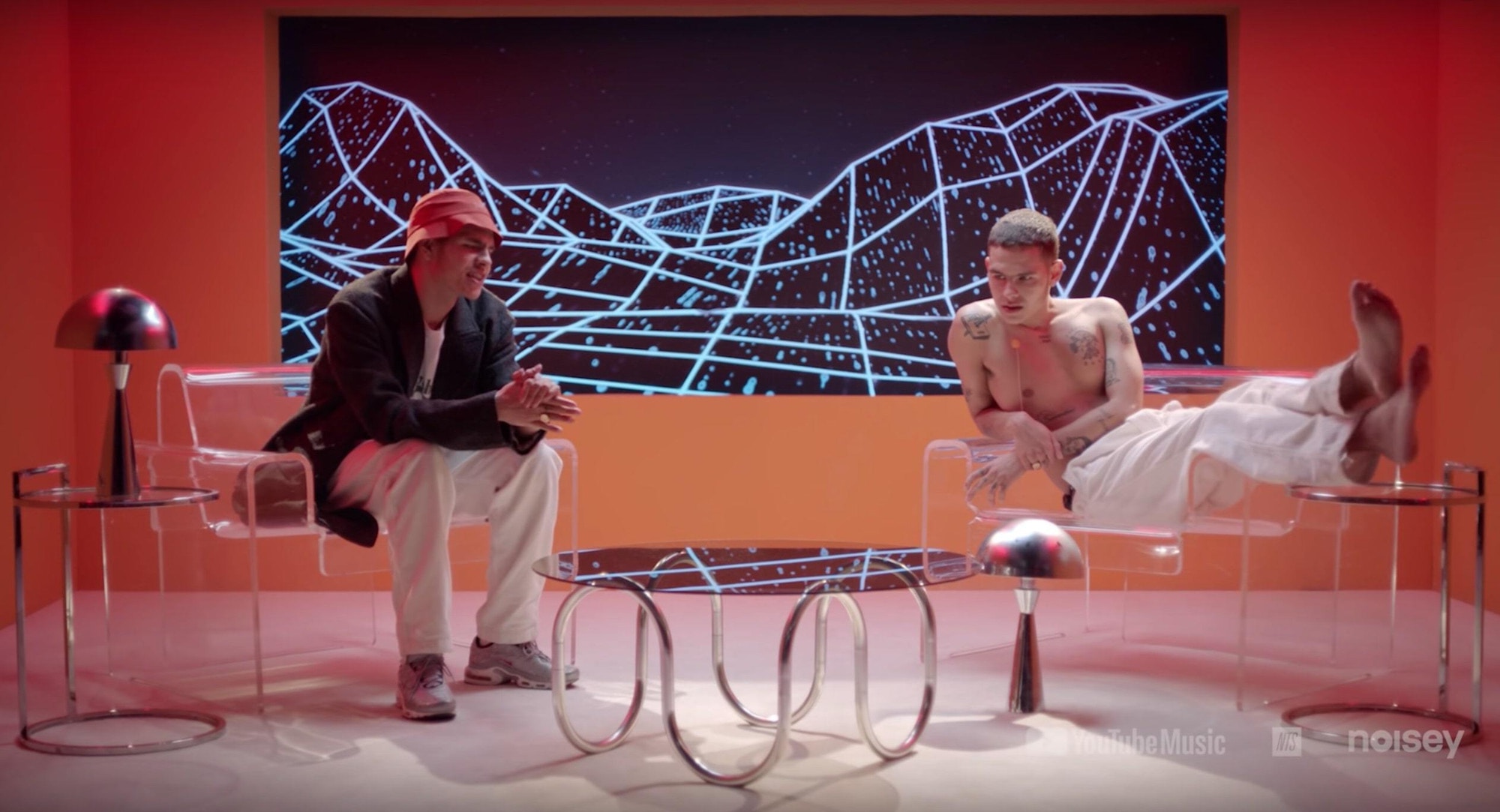 No two days are the same, but if it’s a shoot day, it’ll happen in a studio. I’m usually out of the house by 6am to make the 7am call time. Once I arrive we have a quick meeting to go through the day, I have a refreshed idea of the schedule and we make final adjustments to the set. Monitors are set up, I look at the frame and make any adjustments to the shot. I check on my assistants who are dressing the set, and I give them my feedback. This is my favourite part of the job, seeing all the elements I’ve chosen and details I have sat with all come together for the first time. It is then time to check in with the styling department to ensure nothing clashes with the set design too much, and to figure out any solutions if that is the case. My day ends around 10.30pm.

“It's like watching the physical manifestation of your own imagination come to life.” 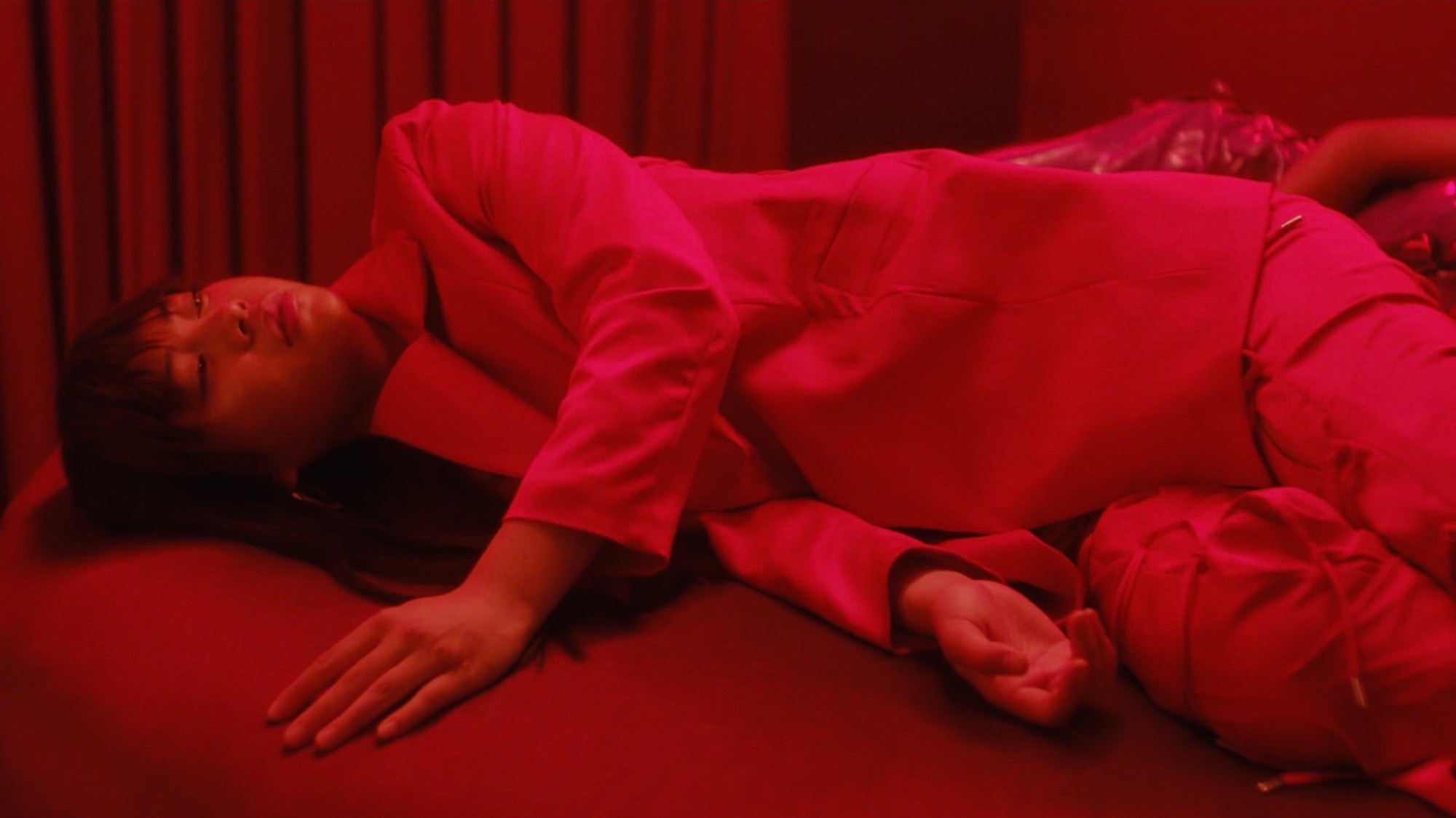 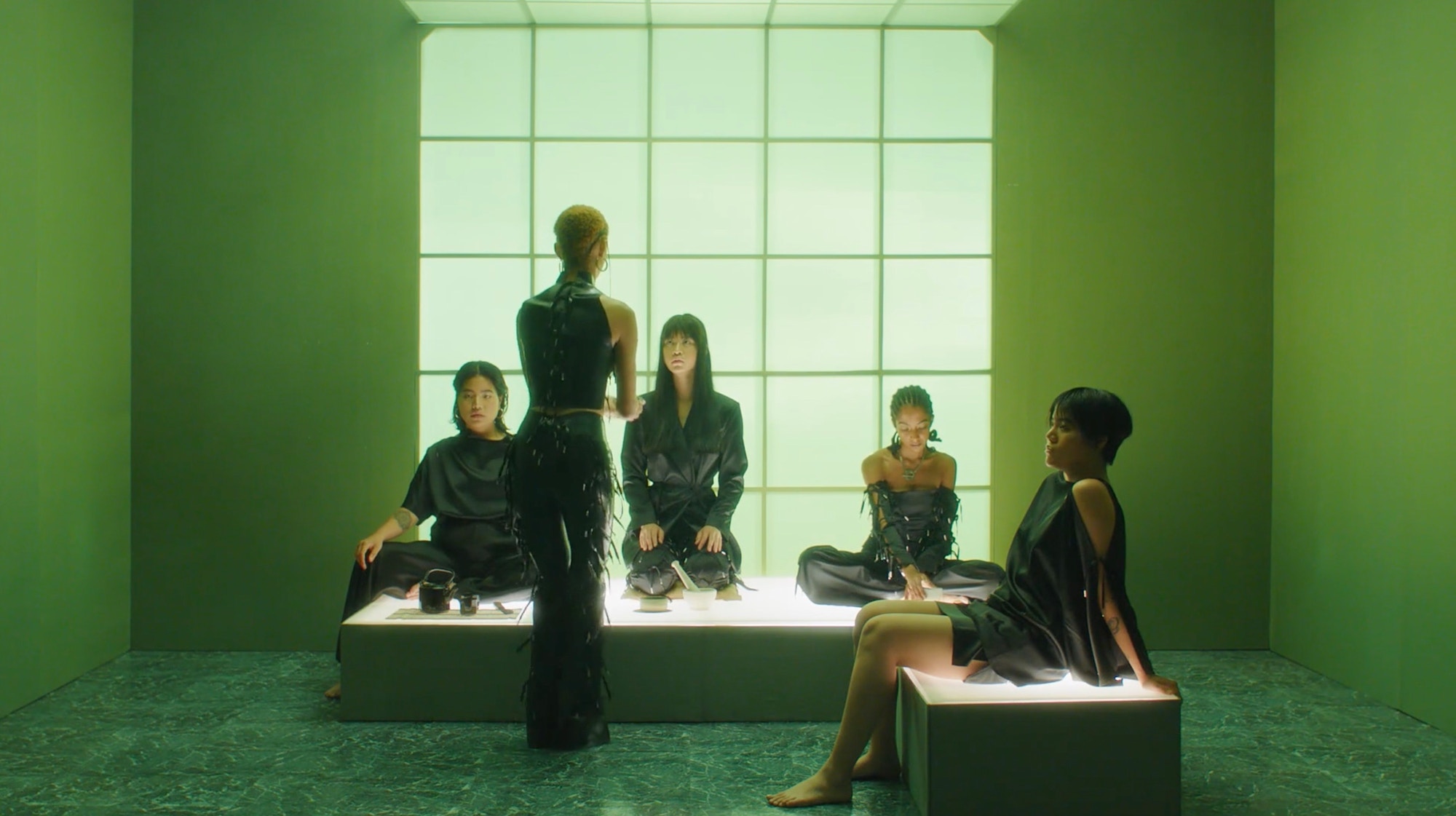 How do you keep on top of everything and is there a particular aspect you enjoy most?
Being organised is a must. I live by my calendar – it’s quite detailed as you’ve almost got to be like a producer – staying on top of pick-up hire contracts, assistants, subcontractors and so on. I often have to rein myself in when I’m in the props house, because there are so many exquisite things to hire but everything of course has to be costed. By nature, I am a right side of the brain type of person, so having to use my left side and manage all the technicalities takes some getting used to. Being creative and full of ideas and solutions is what most people associate with this job, and I think that’s fair – it’s intensely satisfying and I feel so privileged to do it. I’m still creating things but managing people is becoming a larger part of the job.

I have Dyslexia and I tend to stay on top of things by writing a lot of lists – either digitally or in my notebook [Leuchtturum1917 A5 dotted]. It’s bursting with sketches, diagrams, notes, suppliers numbers, floor plans and dimensions. 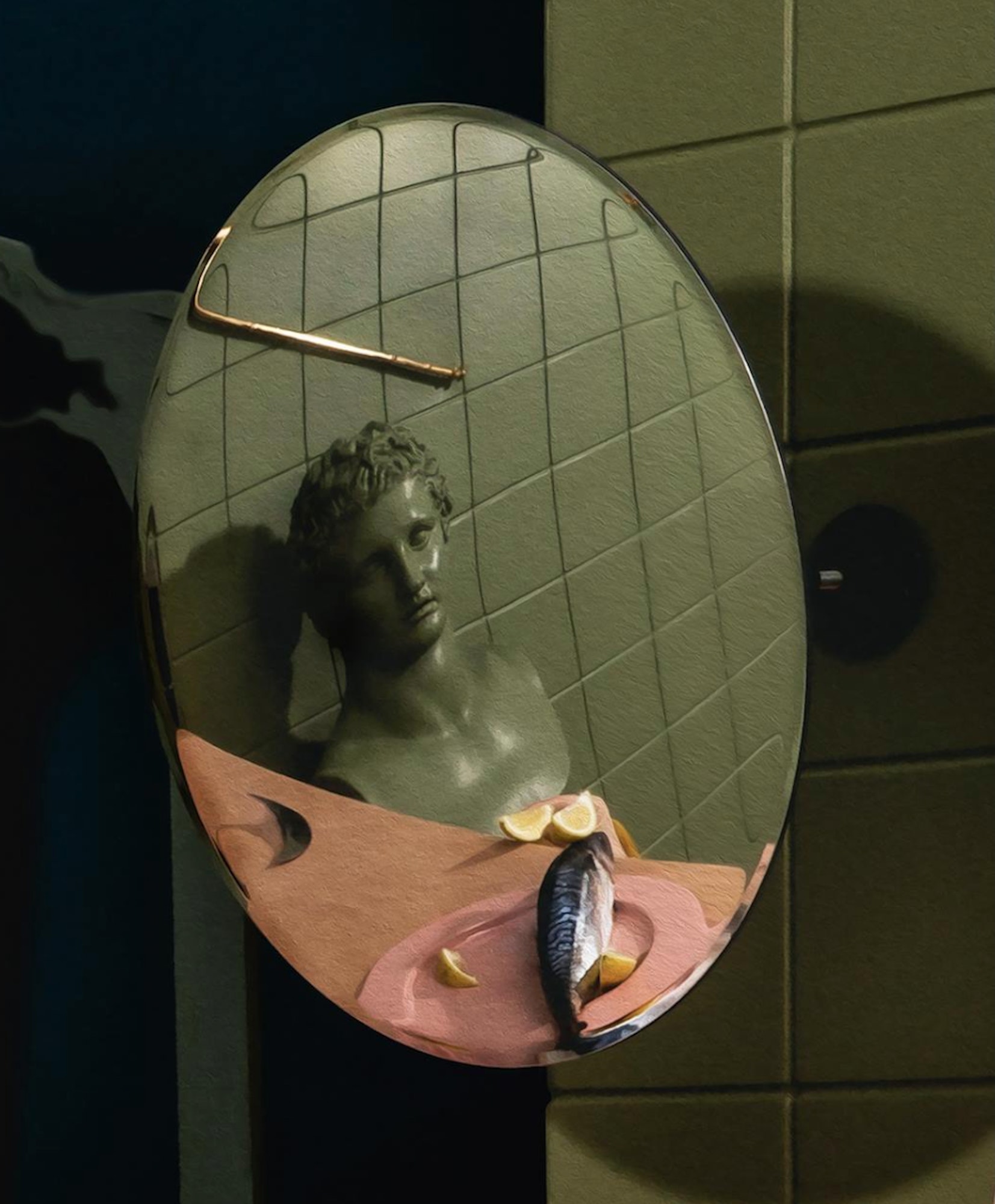 What are the most and least enjoyable aspects of your job?
Waste and environmental impact are key areas that make me most ashamed of the industry. The Set Swap Cycle Facebook group is such an incredible open source community for cutting down waste and sharing expertise. My sets are usually stripped for useful components that can be reused and I either keep or give away what I can’t store. Finally the unusable elements are disposed of using an Envirowaste company – but this can be expensive and comes at a cost to me. I worry Brexit will have a knock on effect driving up the cost of materials which will undoubtably have an environmental impact.

I think anyone who runs a small business will tell you that, in the early years, it tends to take over your life. This industry can be quite relentless and opportunities usually come in batches, so you can easily find yourself juggling multiple shoots and going through periods without a day off.

What has been the most exciting project of the last twelve months?
Most recently I worked with menswear designer, Ahluwalia on her show ‘Frequency’ AW20. I really admire her process, she gave me a lot of creative freedom. I had seen her work in previous seasons and really liked her vision, so it was great to finally work with her.

Is there a resource that has particularly helped you along the way?
The Prince’s Trust have been hugely supportive. They have a business mentoring programme that I think is an amazing free resource for under 30s. I also have to give a huge shoutout to my therapist.

Do you feel you need a formal education for what you do?
Having a curious mind is more important than a formal education. I know a number of amazing designers who took all kinds of routes. Right now I think art school is sadly becoming the realm of the rich and it’s going to disproportionately affect the industry. I think we need a diverse range of practitioners drawing on a vast range of experience and influences.

After graduating what were your initial jobs?
I realised I had a passion for set design so I set about trying to get a job in TV. I had no connections whatsoever but I knew I wanted to work in drama so I moved to London from Glasgow and did all kinds of jobs, mainly running alongside waiting tables and being a legal transcriber at the Old Bailey. I was even a data wrangler once [the person on set who is responsible for making sure that raw footage from the camera is transferred to the editor without any data loss or corruption.]

“I think we need a diverse range of practitioners drawing on a vast range of experience and influences.”

Has there been a project that particularly helped your development?
Not long after working in factual TV I got a job on the ITV series Mr Selfridge where I worked as an art department assistant – it blew my mind. I don’t think I’d ever been so grateful for a job as much as that. The sets were really incredible and I just geeked out the whole time. I was fortunate enough to work under the legendary product designer Sonja Klaus. She was so kind and encouraging, and saw that I had a good eye.

Because I had a graphic design qualification she let me work under the graphic designer Dan Burke who is still a good friend of mine. Under his guidance I was allowed to design graphic props – a job I didn’t know existed, and together they took me on to bigger and more exciting jobs. I was then fortunate enough to meet the set designer and mentor Stephanie Kevers, she was the first person who forced me to get a studio and start taking this seriously. We eventually set up a business together.

What advice would you give to an emerging creative wanting to get into the same line of work?
Work hard and smile – be kind, and be open to unexpected opportunities, you never know where it may lead. I’m working in fashion because I was having a slow period in the TV industry and a friend told me there was a set designer who worked with Tim Walker that was looking for a full-time assistant: this led to so many amazing opportunities and opened my eyes to a new career path and a completely different way of working. I even ended up staying in a grand country house with Kate Moss and Katie Grand! Sometimes the path is more like a tree than a straight line, being curious and open can take you to incredible places.