This week’s guest is Manchester-based artist and designer Brendan Dawes. Rooted in universal themes, Brendan’s work often takes the form of interactive installations, exploring both digital and analogue worlds. His pieces have included everything from mini SMS-printing machines, to a bot that generates tangible creatures from live tweets.

Catching up earlier this year at Something Good design festival in Bristol, we hear how Brendan left school at 16, getting his first job as a photographer at a news agency. After working at a factory for eight years, he eventually joined a Burnley-based web design company in 1996. There, he became art director within a year, but went on to co-found his own digital design studio, Magnetic North, in 2000. Over the next 10 years, he helped grow his team from three people to over twenty, creating digital work for BBC, Diesel, Coca-Cola, Kellogg’s, Astra Zeneca, Channel 4, The Tate and Sony.

Brendan went his own way as an artist and designer five years ago, and has since collaborated with clients such as Airbnb, Google and Twitter, and even has artwork featured in the permanent collection of New York’s Museum of Modern Art. He discusses his biggest learnings, and why pushing yourself to share your work with the world – constantly – reaps the greatest rewards. 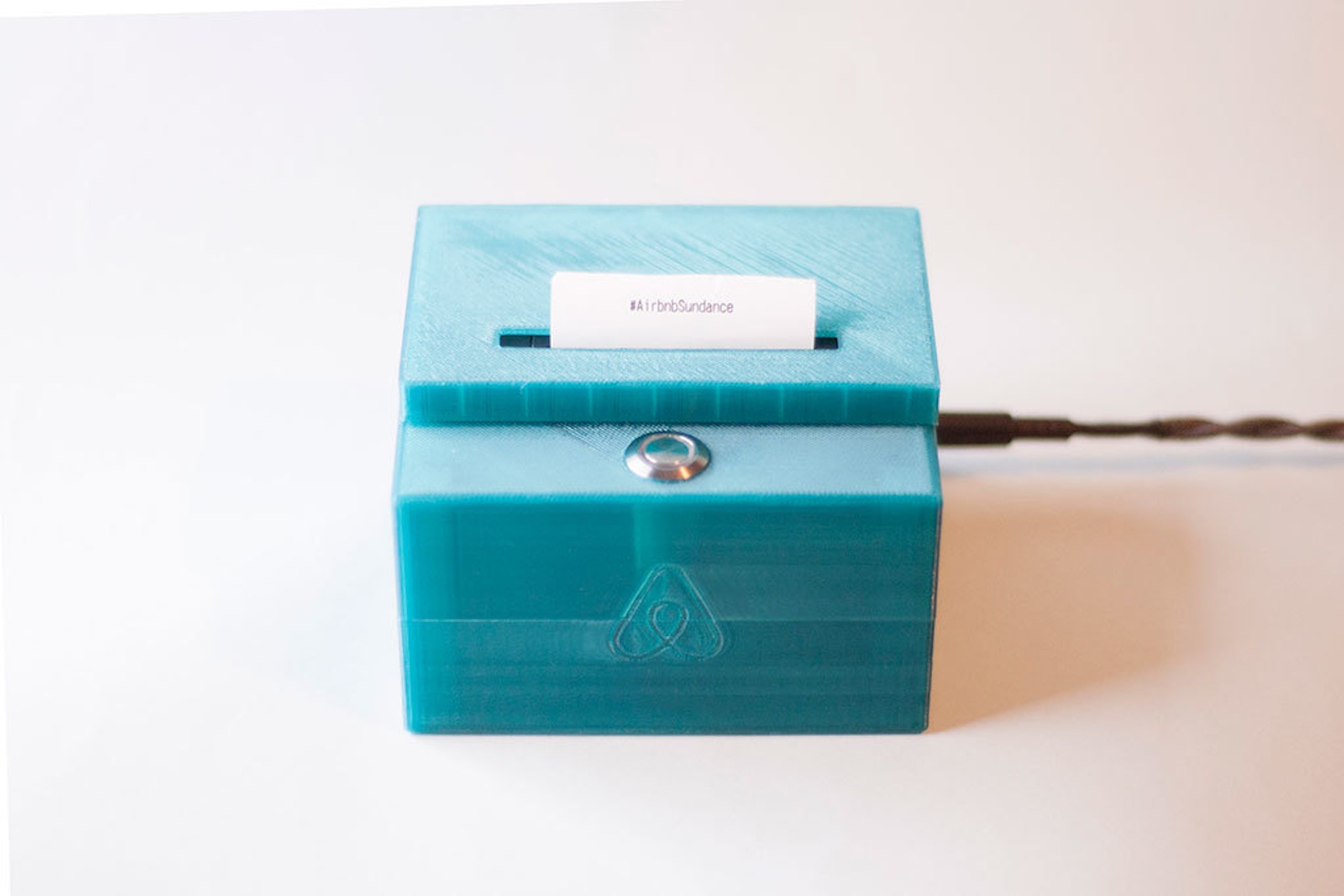 An SMS printer, created as part of a collaboration with for Airbnb at Sundance, 2016

We follow the career of multitasking, multitalented artist and illustrator Julie Verhoeven

Take a stroll: Laura Pannack on staying present and spontaneous as a photographer