Drawing on his background in sculpture, Benjamin Swanson styles and shoots objects for luxury brands and top magazines. Slick as his images may be, Benjamin says the biggest misconception about his job is that it’s glamorous – he may shoot for the likes of Louis Vuitton and Nike, but he’s often cold and covered in dust. Aesthetically he’s inspired by Russian Constructivism and the Bauhaus, and frequently plays with bright blocks of colour, mirrors and precarious angles to create still lifes that force you to question their reality. 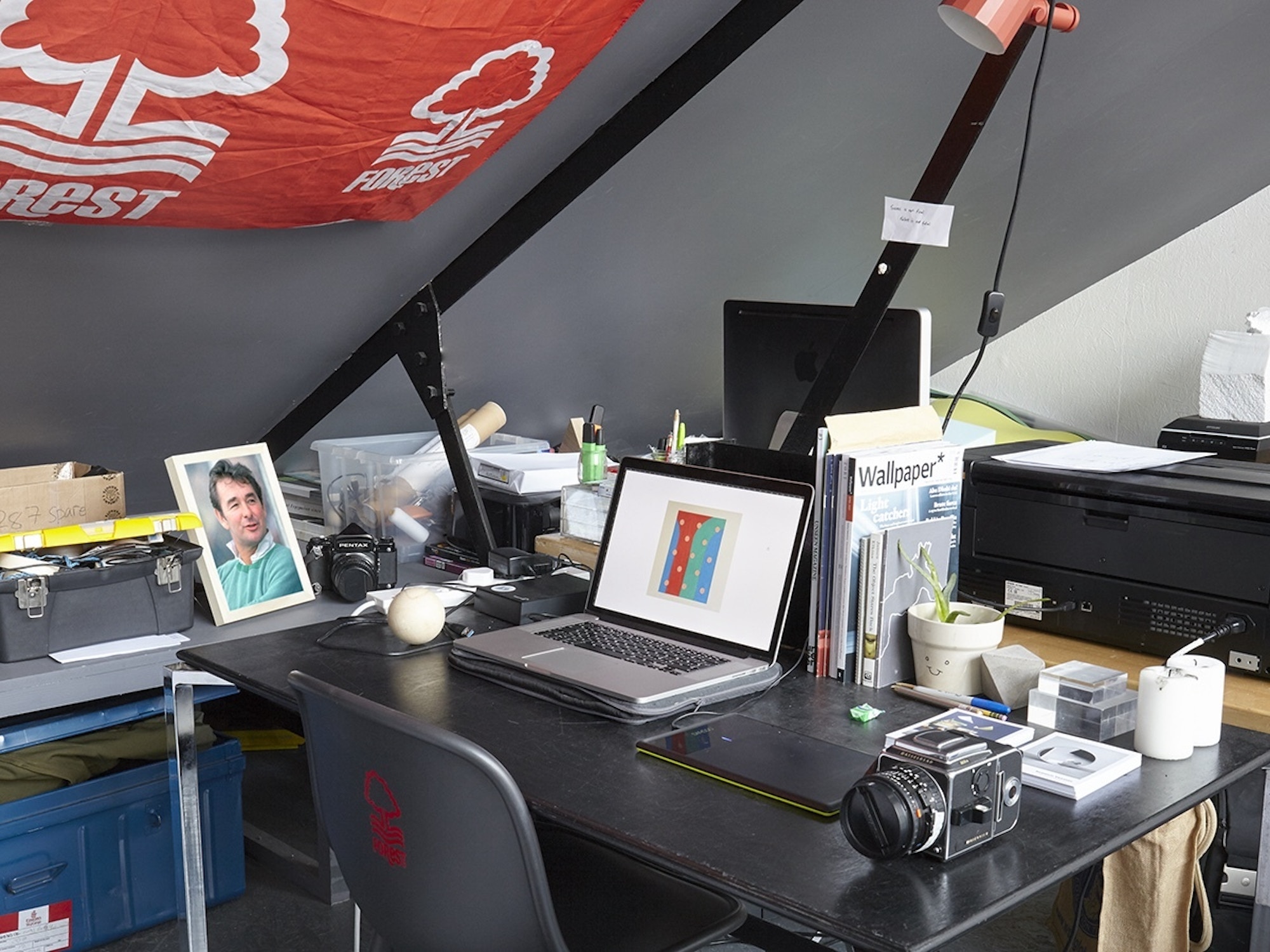 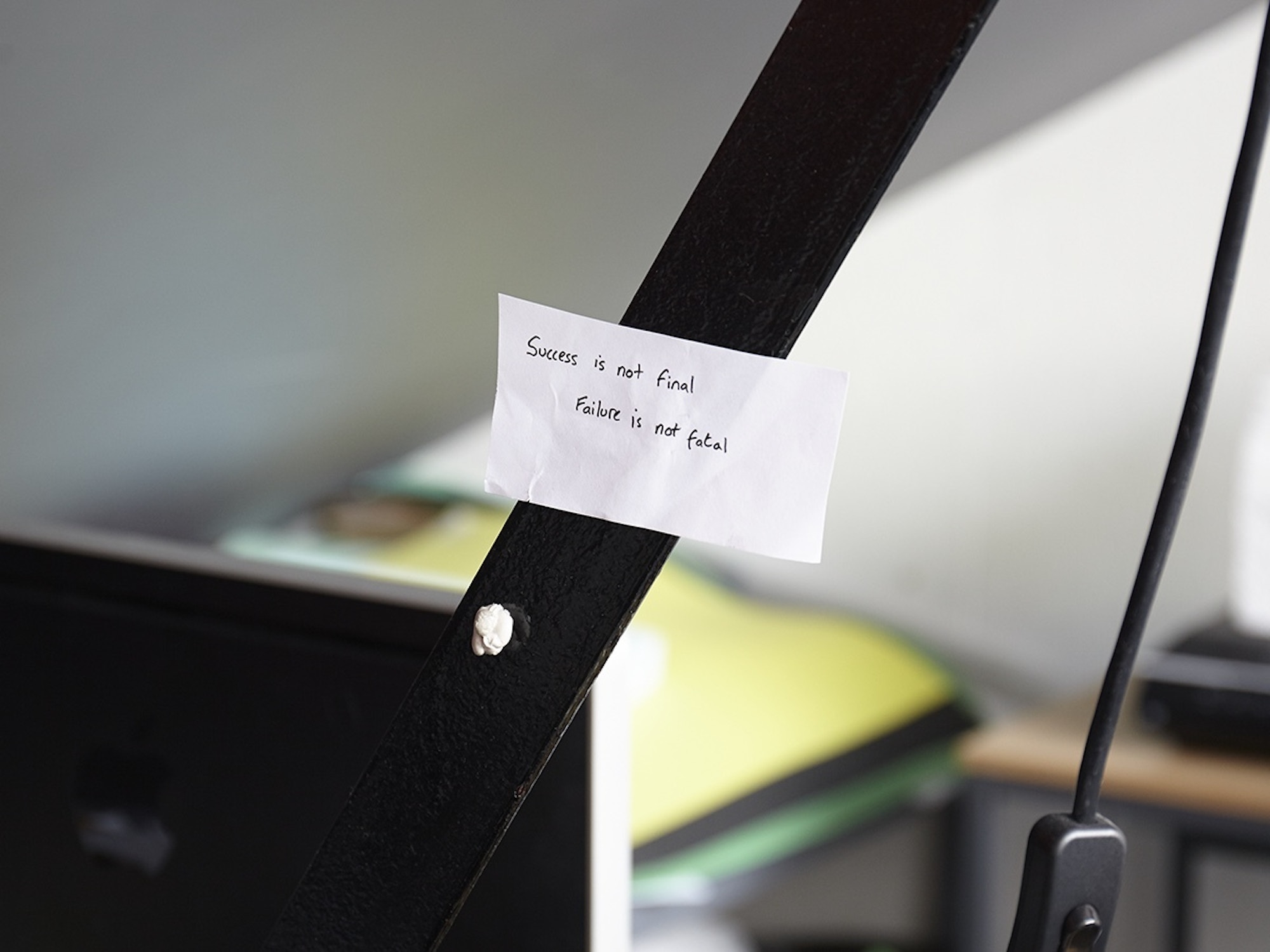 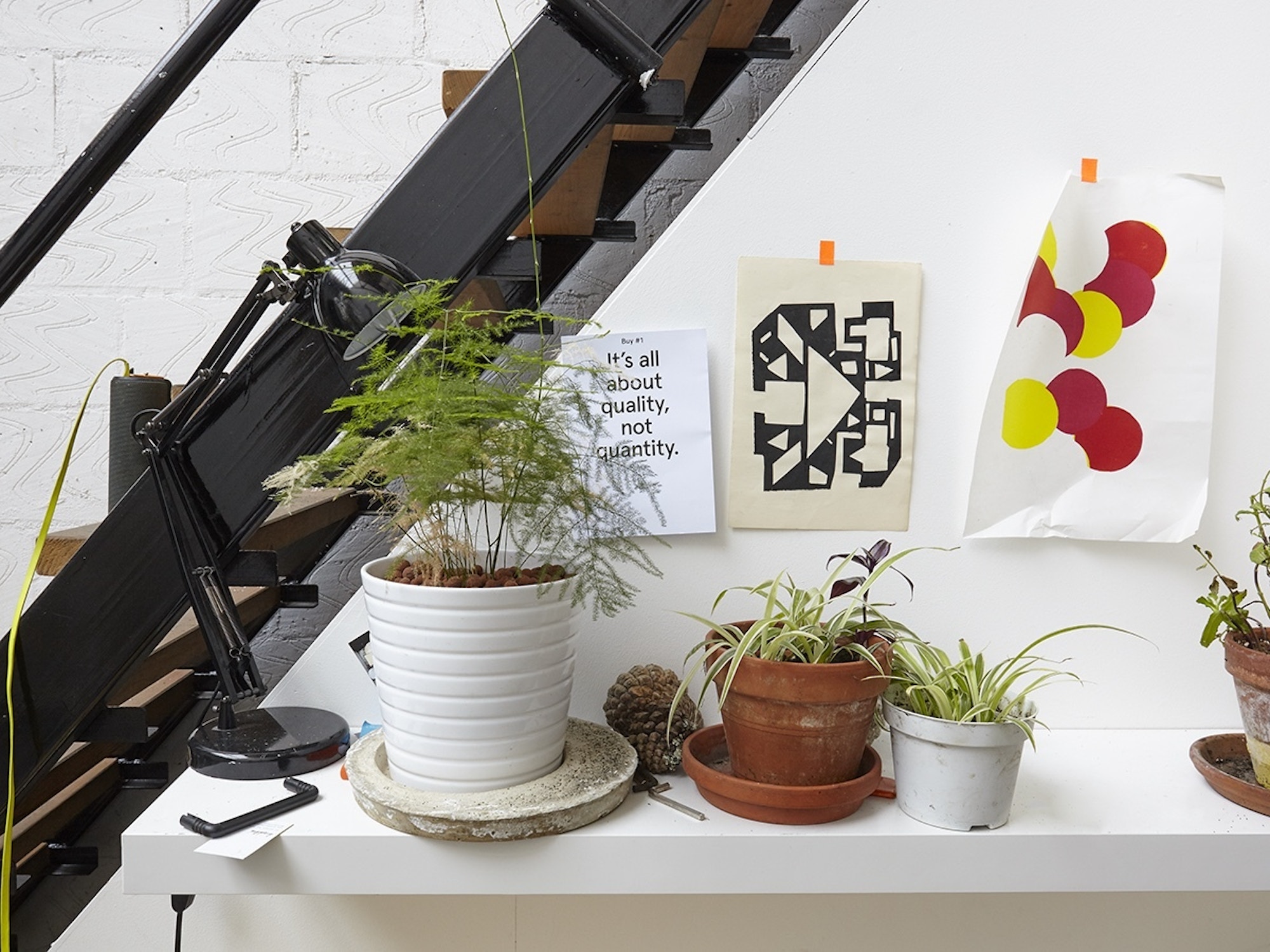 How would you describe what you do?
I’m a freelance photographer working in still life. My clients are mainly in design and fashion, and I specialise in anything object-orientated. What I do changes monthly – I work for a lot of magazines, but what they get me to do each time is always different. A lot of my bread and butter comes from small businesses and other sole traders, for example graphic designers or small shops who want photography for their online presence. At the minute I’m retouching shots of a jeweller’s work, planning a shoot for Size? tomorrow and shooting a job for The Telegraph.

What does a typical working day look like?
On an average day I’m at the studio planning, shooting tests and doing research, usually between 9am until 7pm. If a set is too big to fit in the studio, then I base myself elsewhere. I tend to shoot eight days a month, but a two-day shoot will often end up being over a week’s work.

On a shoot day I usually get up at 5.45am to get in before everyone else. I’ll put on some music and have coffee, then the set designer arrives at about 8.30am with assistants and equipment. The initial set-up to get the first shot is the hardest. I try to plan as well as I can, but sometimes it goes to pot so it’s important not to be too sentimental. I tend to think less about locking down every shot (although sometimes I’ll sketch them out) and more about what we're trying to achieve. You work until the job's done, sometimes that’s 11pm. Knowing when you're done is a lot about gut feeling. It’ll look crap, you'll move everything around again, and then after a couple of hours it'll suddenly look right.

How does your freelance work usually come about?
Sometimes it's a surprise. I tend not to ask which of my projects people have seen, so I don't try to redo it for them. Art directors tend to have a pool of photographers that they like to work with; for example, I've shot a lot of stuff for PORT Magazine, and its co-founder has now moved to The Telegraph so I'm starting to work with them too. It's about relationships you make – the more you maintain them, the more things happen.

“It’s a blessing to do what you love as a job, but sometimes it’s hard to differentiate what is work and what isn’t, so you have to discipline yourself.” 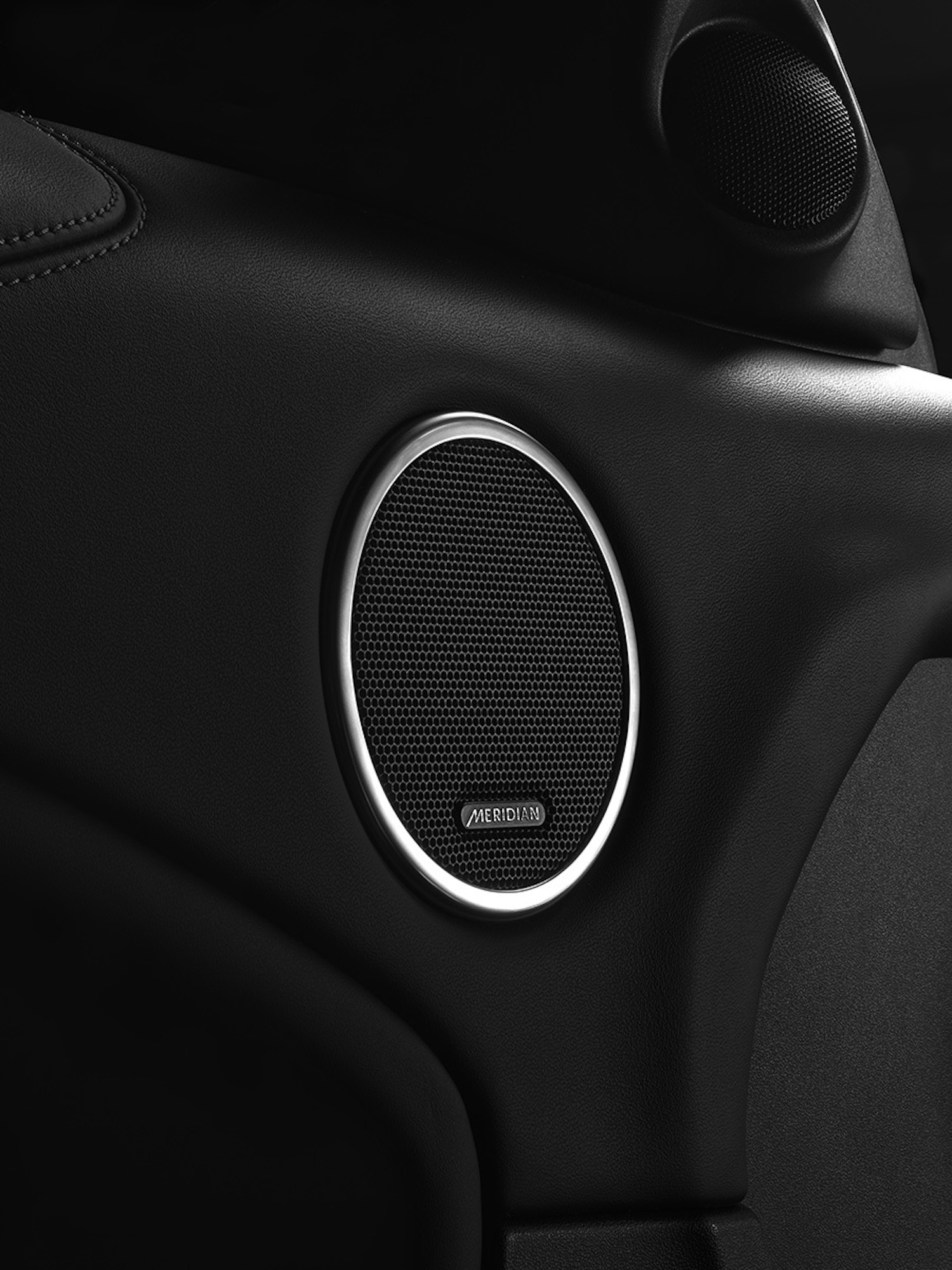 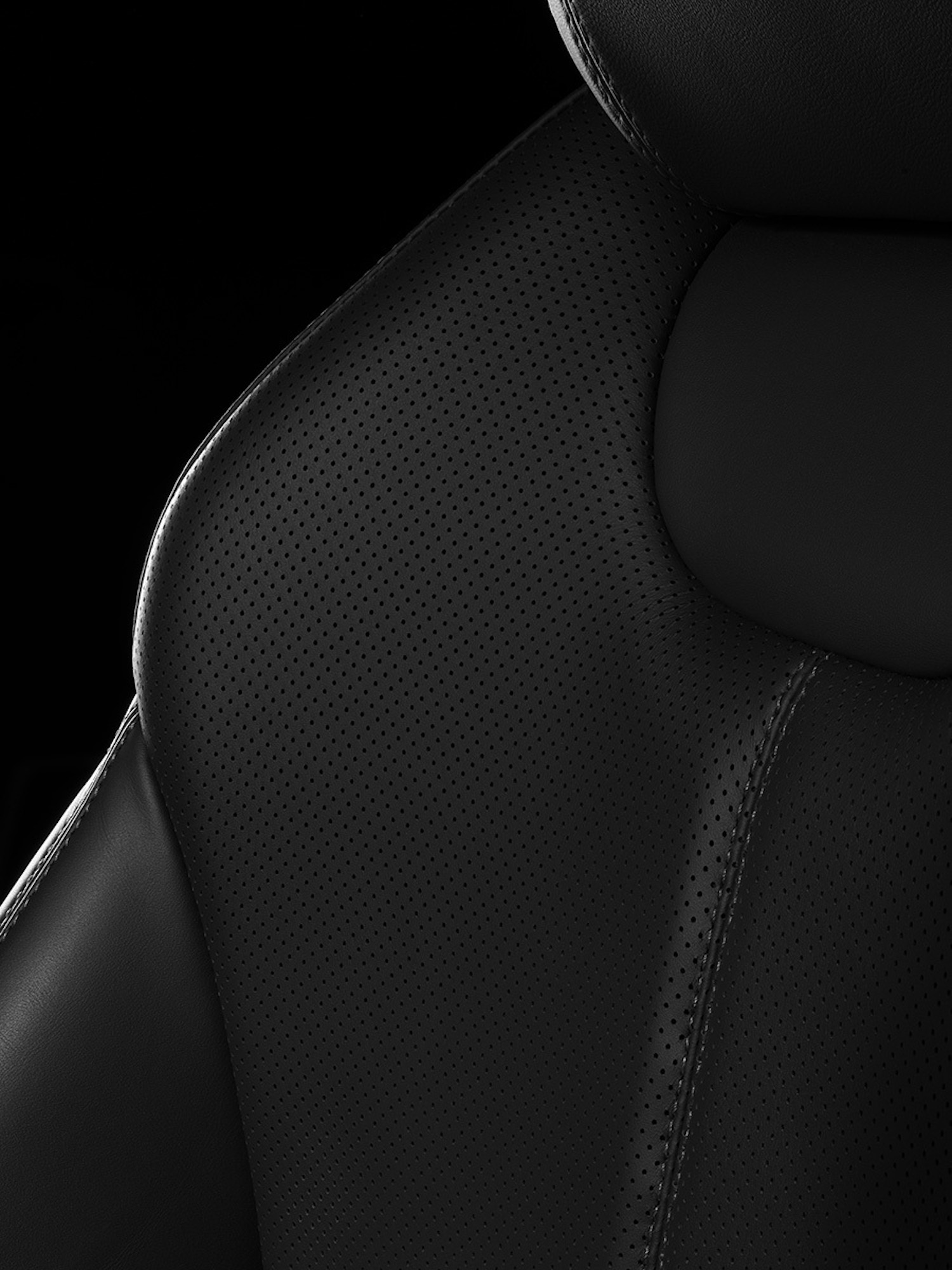 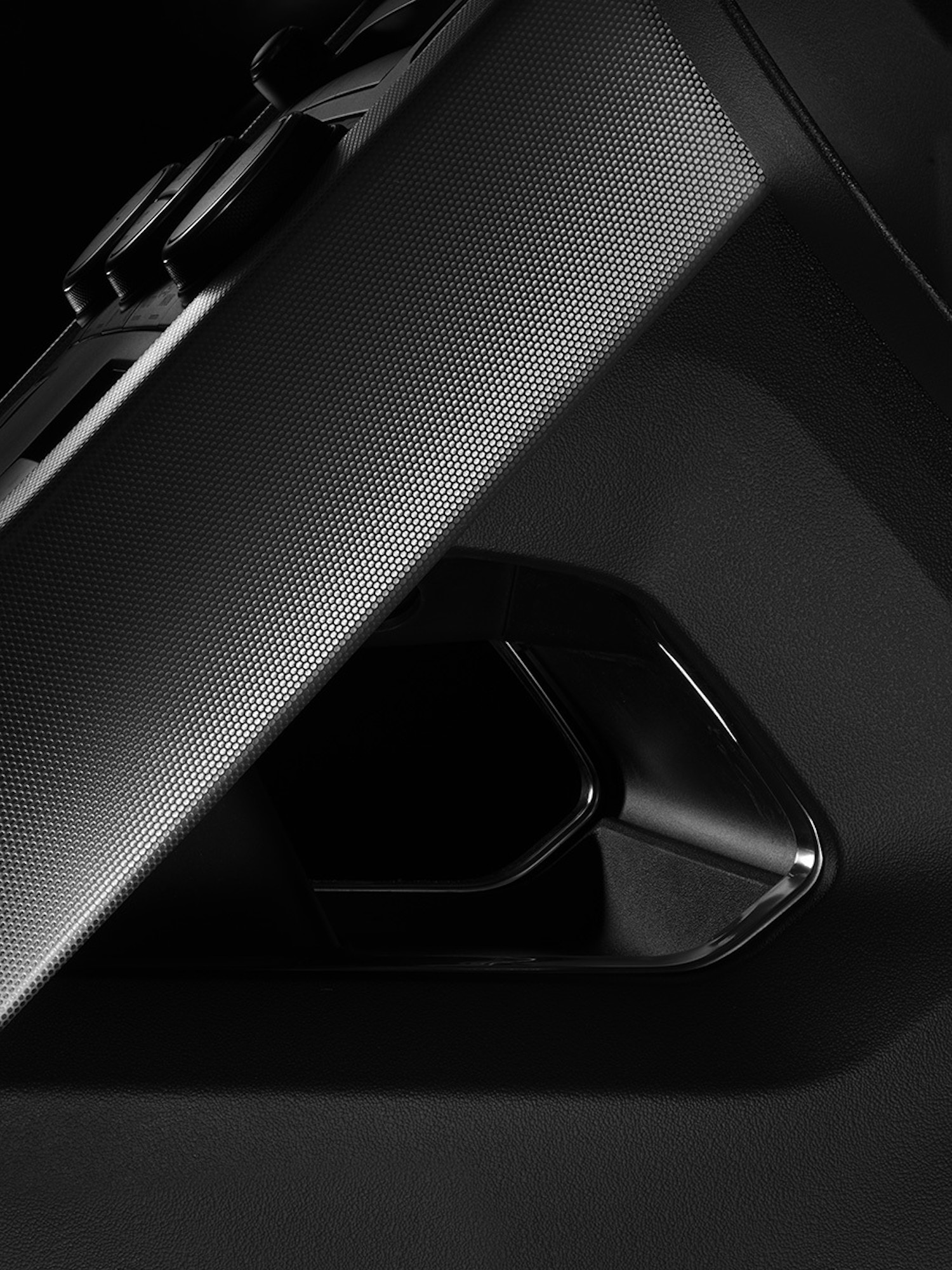 How collaborative is your role?
It’s very collaborative. I am always working with set designers, stylists, assistants, art directors and with clients directly. It took a little getting used to at first, as your work can quickly lose its identity. I think finding the right team and being critically aware helps when working with so many people.

What are the most and least enjoyable aspects of your job?
I love shooting and really enjoy the build-up to shoots, developing concepts and problem solving. I also like meeting people, talking about my work, and the research side. I dislike retouching and cleaning up the studio. My job can be very stressful; either thinking too much about a shoot or worrying when you have a dry patch. I find taking necessary breaks and engaging with other interests helps put perspective on your work. It’s a blessing to do what you love as a job, but sometimes it’s hard to differentiate what is work and what isn’t, so you have to discipline yourself.

What has been the most exciting project of the last twelve months?
I did a project for PORT Magazine documenting the interior of a Range Rover. Usually car photography comes with a really particular language, no matter who shoots it, but for this project we could do whatever we wanted. They left the car at a friend’s studio in Nottingham and I had to shoot it overnight and deliver the pictures in the morning. It was kind of gnarly but exciting. I got some beers in, put some music on and it was just me and the car. I used blackout cloth and abstracted certain parts to make graphical images. It's quite rare that you're just allowed to do something like that. It felt like a development for me and something I'd like to do more of.

What skills are essential to your job?
Being able to make decisions – quickly.

What tools do you use most for your work?
Apple products, a Hasselblad with a digital back, a flash, Capture One and Adobe, plus the spirit level built into the compass on iPhone is a lifesaver. 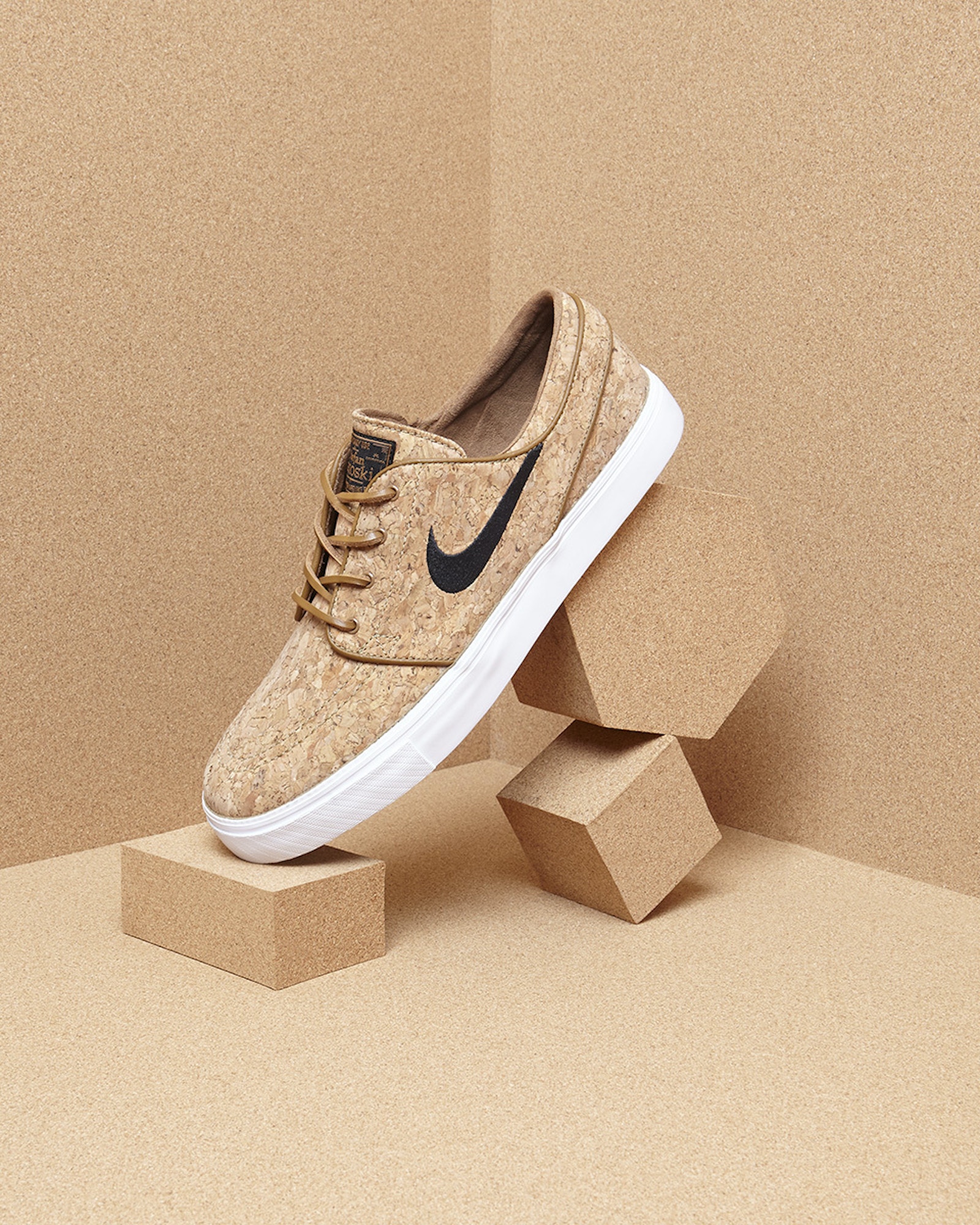 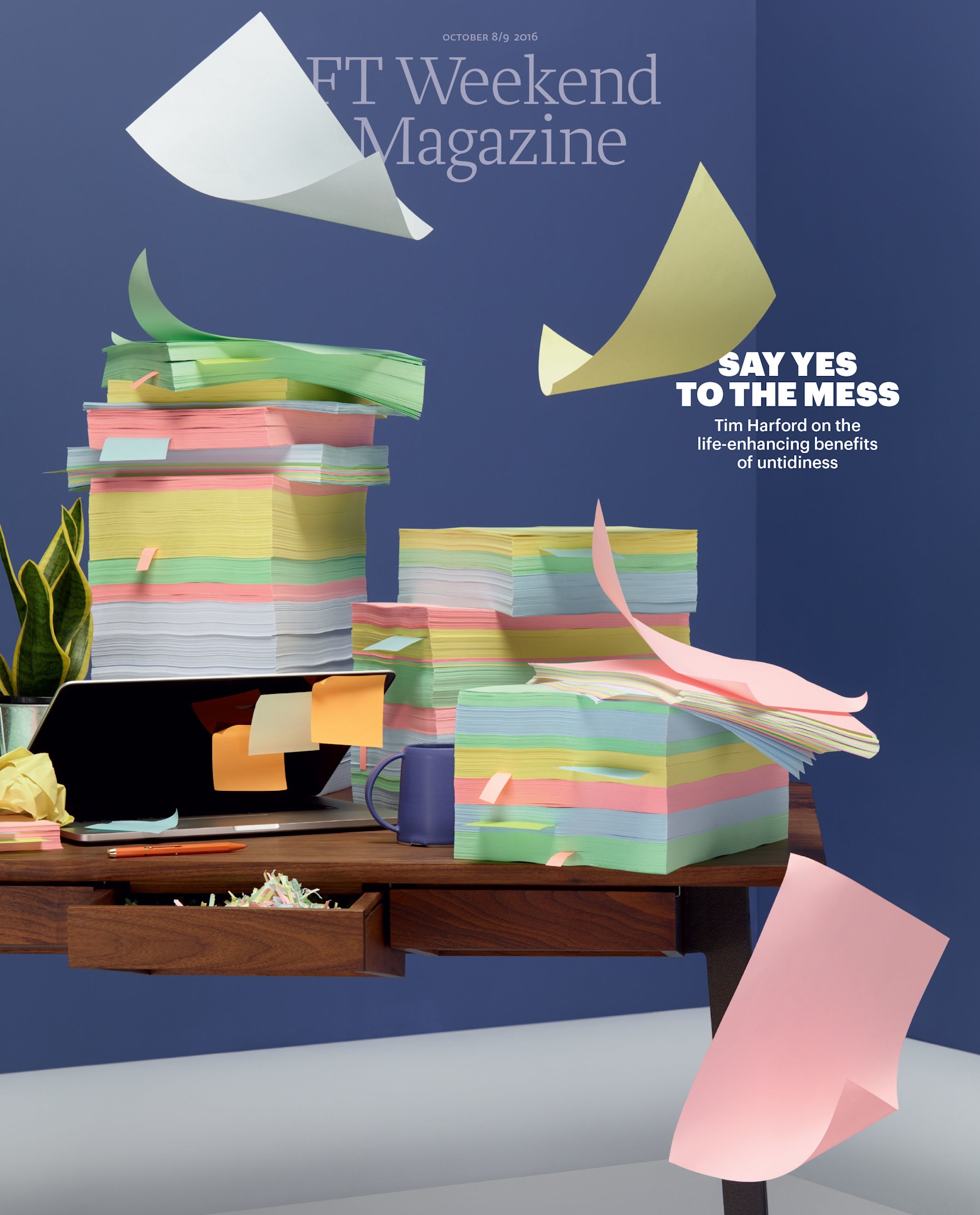 What did you want to be growing up?
I wanted to be an inventor! I guess I am, kind of.

How (if at all) is the subject you studied useful to your current role?
I studied sculpture and installation which was hugely influential. I moved into photography because, as a sculptor, if you rig something up badly in a gallery, people can see it. I found that whatever I made only worked from a fixed perspective, and lost something in a physical space. I also found the documentation more stimulating than exhibiting, and was interested in the control a camera gives. I went to New Zealand and interned with an artist called Martyn Roberts, who makes light installations. The influence of sculpture isn't just physical – I think about how a combination of composition and light can covey what I’m trying to say.

What were your first jobs?
I assisted a few still-life photographers who had a similar philosophy in how they approach projects. It was massively important in shaping the type of photographer I would become. Some photographers will show you a lighting trick, but I was more inspired by the way the photographers would systematically break something down, think about concepts or put things together.

Was there anything in particular that helped you the most at the start of your career?
The chain of events are usually so long that it’s hard to remember. One person knows someone who suggests someone else, that kind of thing.

“Sometimes you’ll be really busy and other times it’s quiet. Instead of being rational, you wonder what’s wrong with you. You panic. It affects all photographers, whether they admit it or not.”

Was there an early project you worked on that helped your development?
I got few commissions off of the back of my degree work, entitled ‘The Conquest Materials’, and things slowly built up from there.

What skills have you learnt along the way?
Now that I work collaboratively, I have to be adaptable and open to ideas evolving quite quickly.

What’s been your biggest challenge?
The biggest challenge, other than financial, is self-doubt. If the thought creeps into your mind, which it does for everyone at some point, you get a fraud complex and feel like you’re not good enough. It can be really damaging, because if you lose confidence you're more likely to make mistakes. As a photographer you’re quite isolated. Sometimes you can be really busy and other times you’re really quiet. Instead of being rational, you wonder what’s wrong with you. You panic. It affects all photographers, whether they admit it or not.

Is your job what you thought it would be?
The biggest misconception about photography is that it’s glamorous. I spend a lot of time covered in dust in freezing cold studios staring endlessly at objects. The second is that you get paid. It’s very hard to get paid. The third is that you will be working all the time. Everyone has dry spells, but they are scary at first. 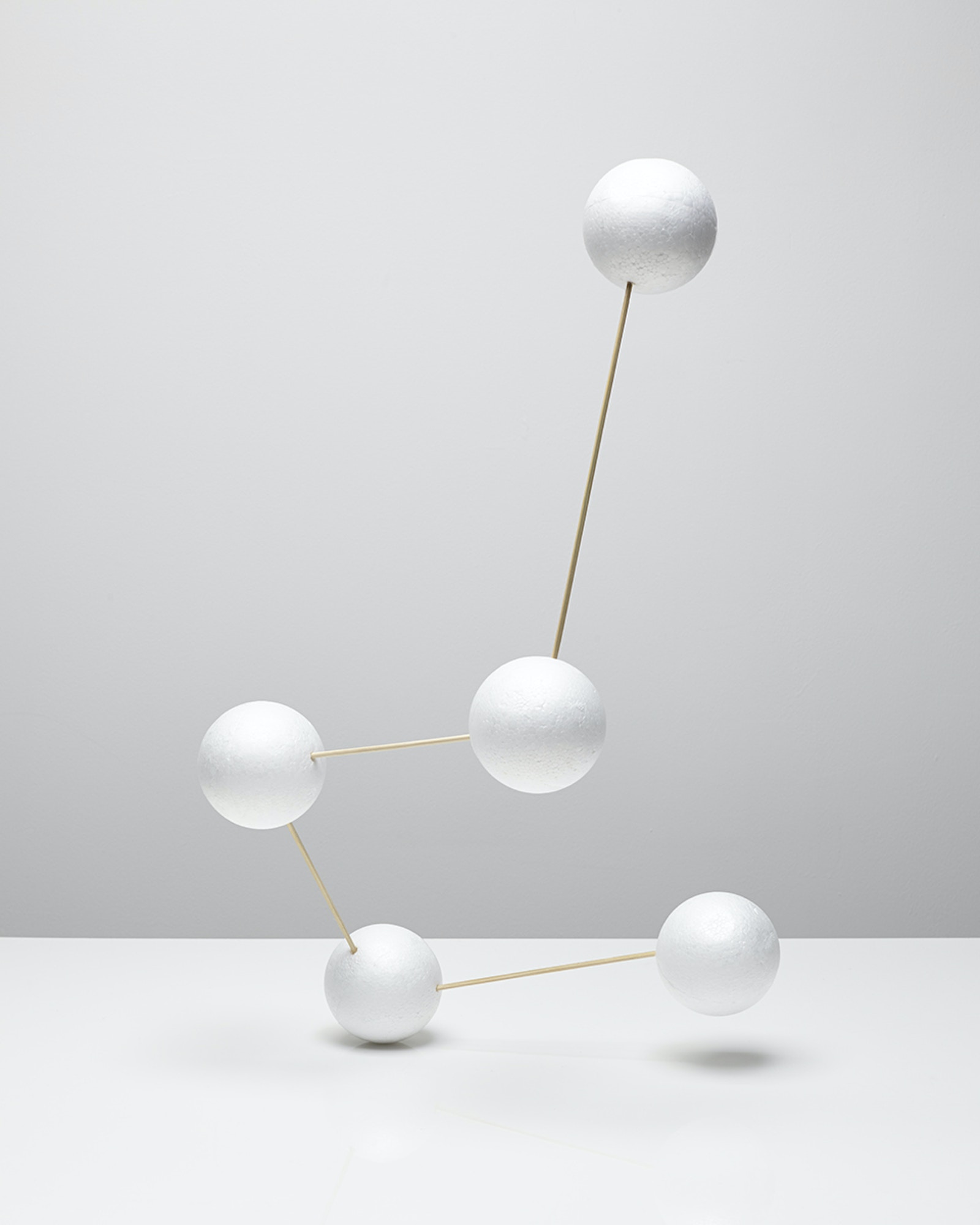 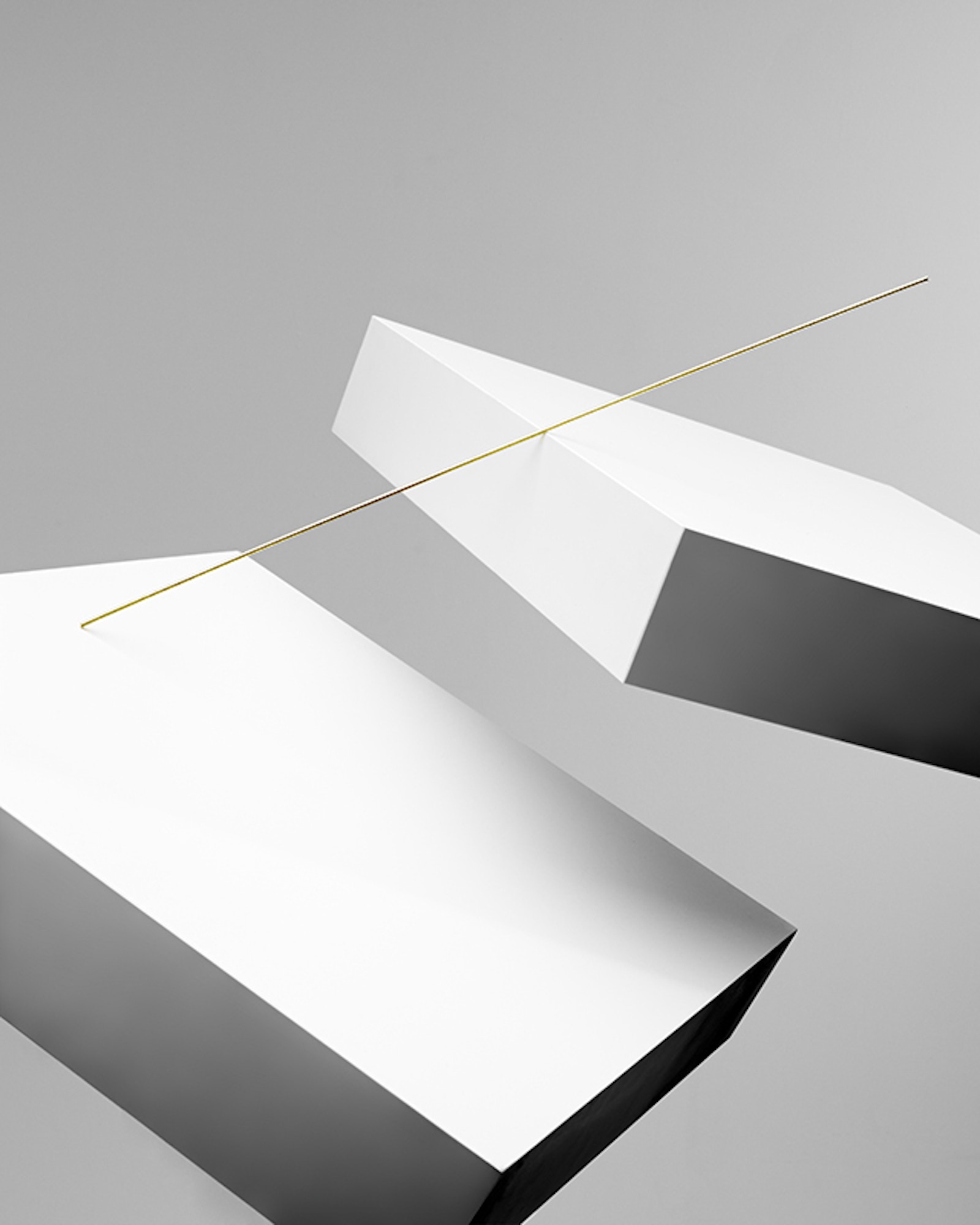 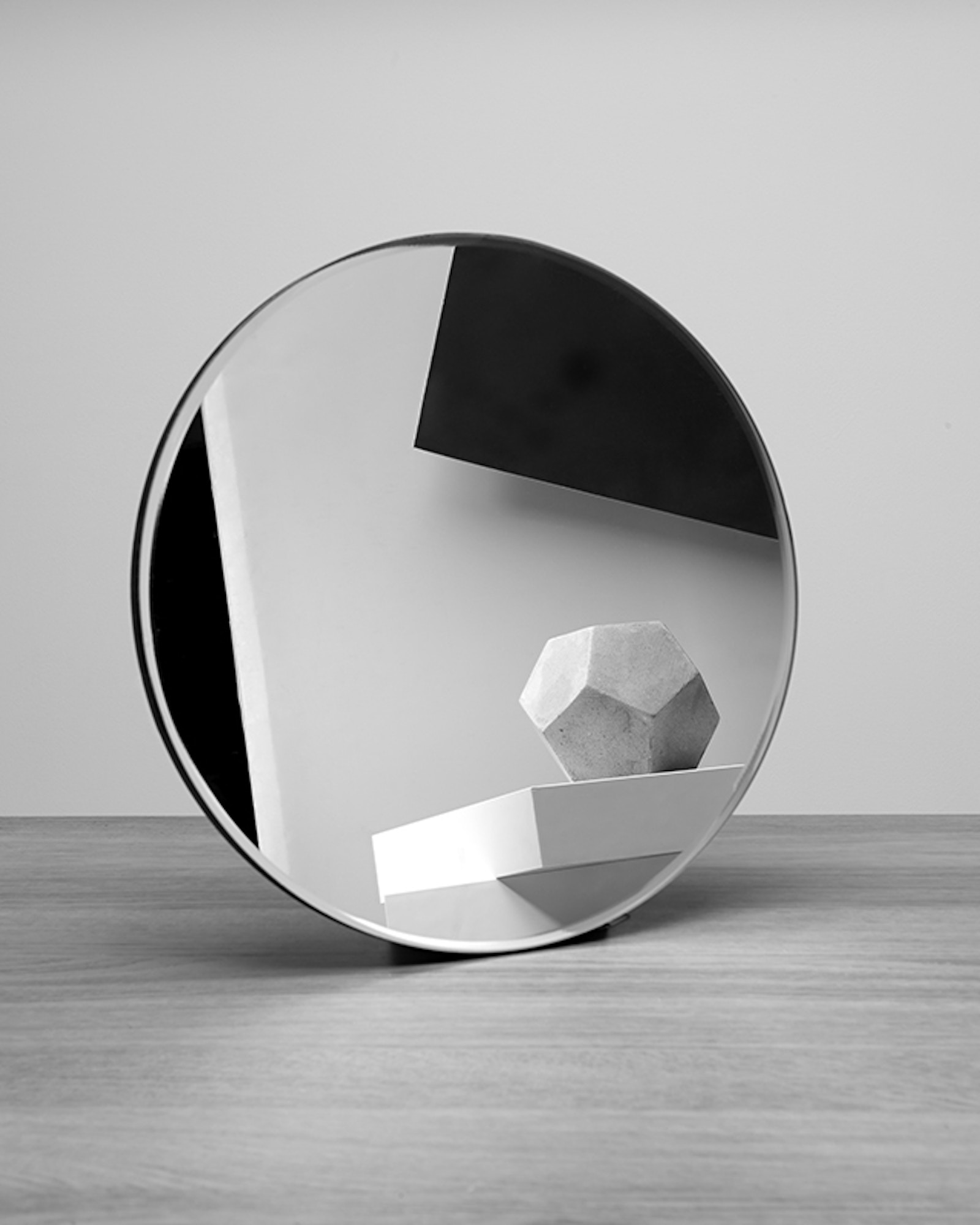 What would you like to do next?
I have a few personal projects I really want to get on with, which have been on the back-burner for far too long!

Could you do this job forever?
I hope so. I can imagine being 80 and taking photos of pints at the bowling green.

What is the natural career progression for someone in your current role?
Bigger shoots, more frequently. 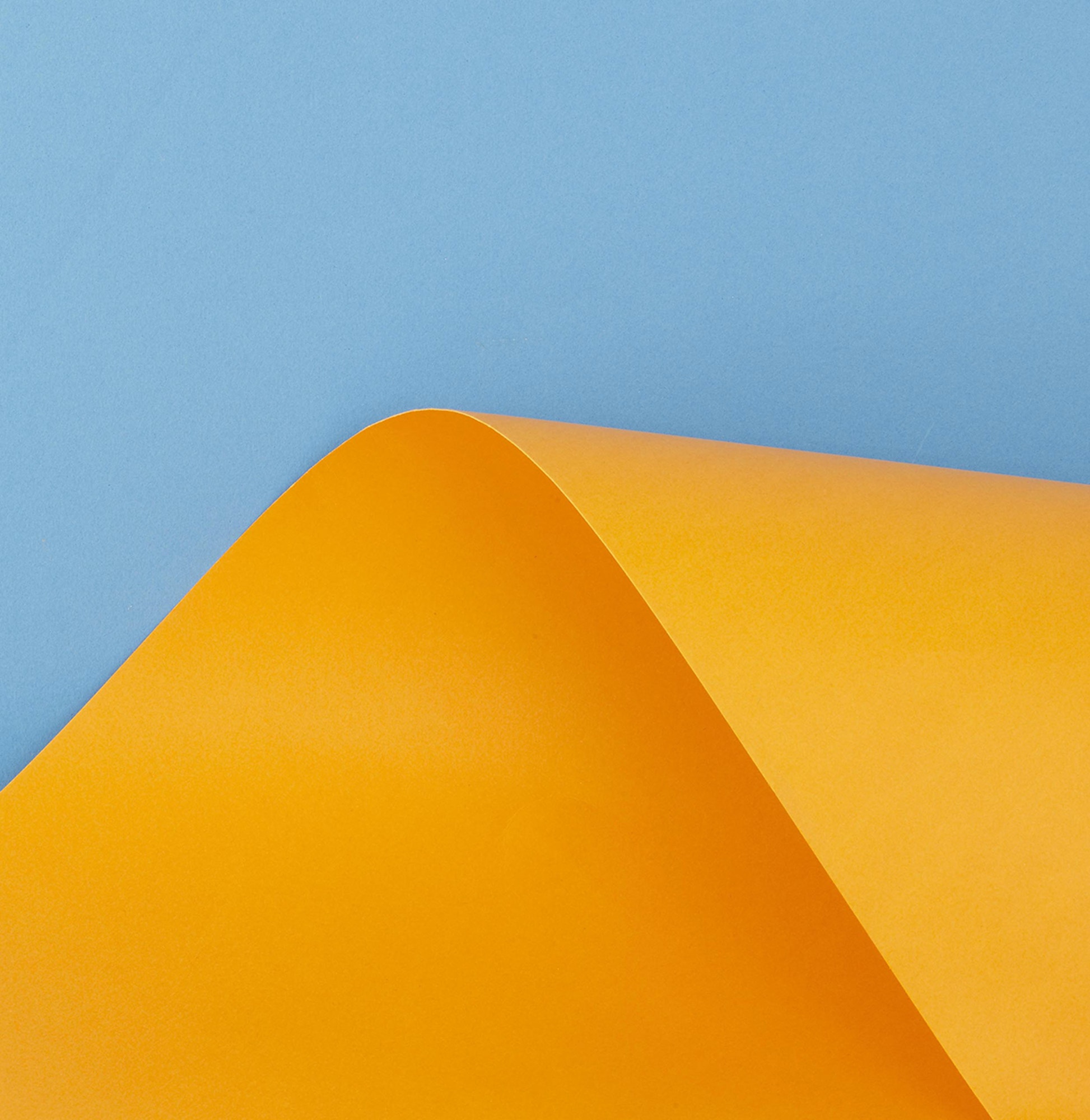 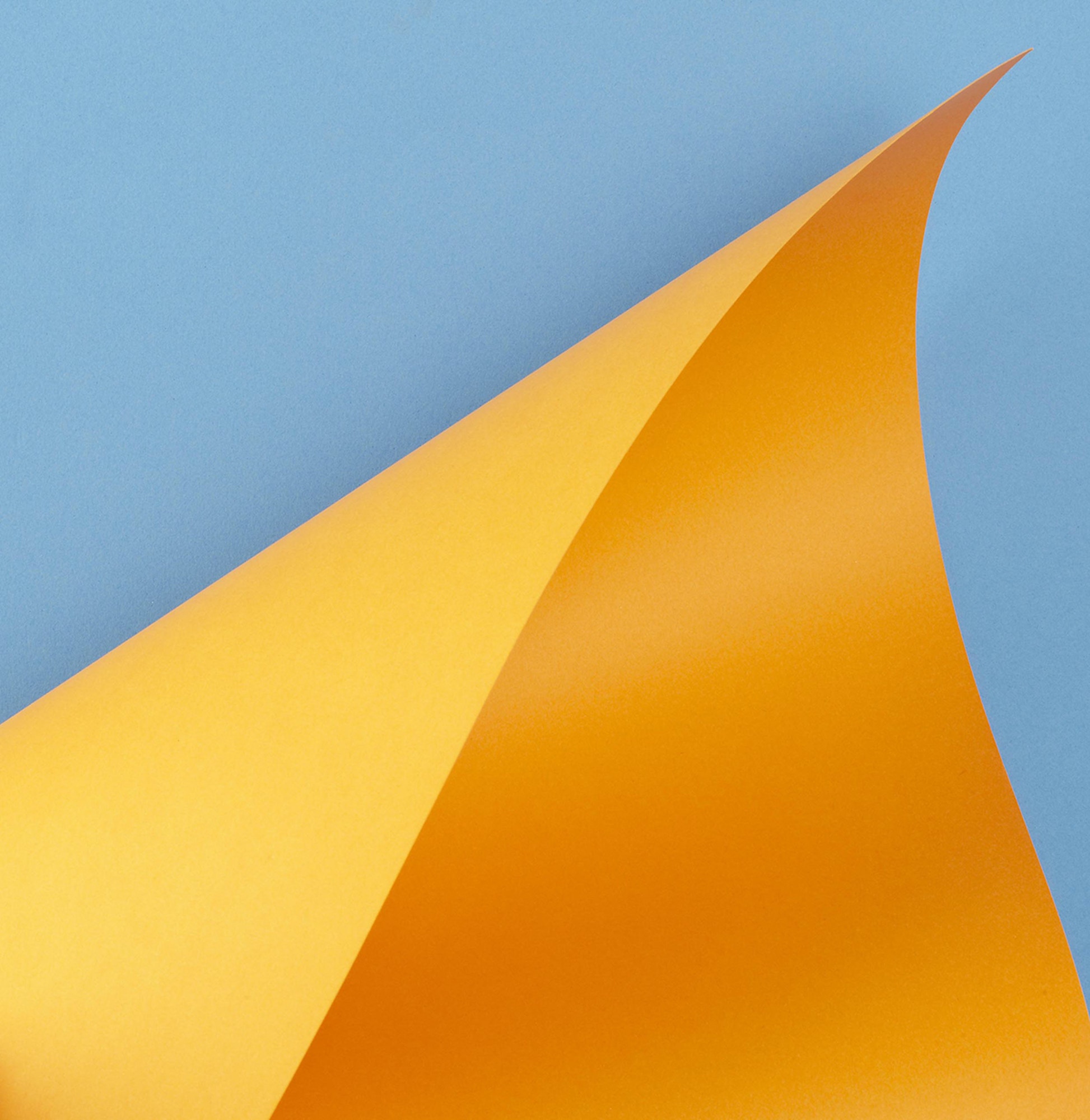 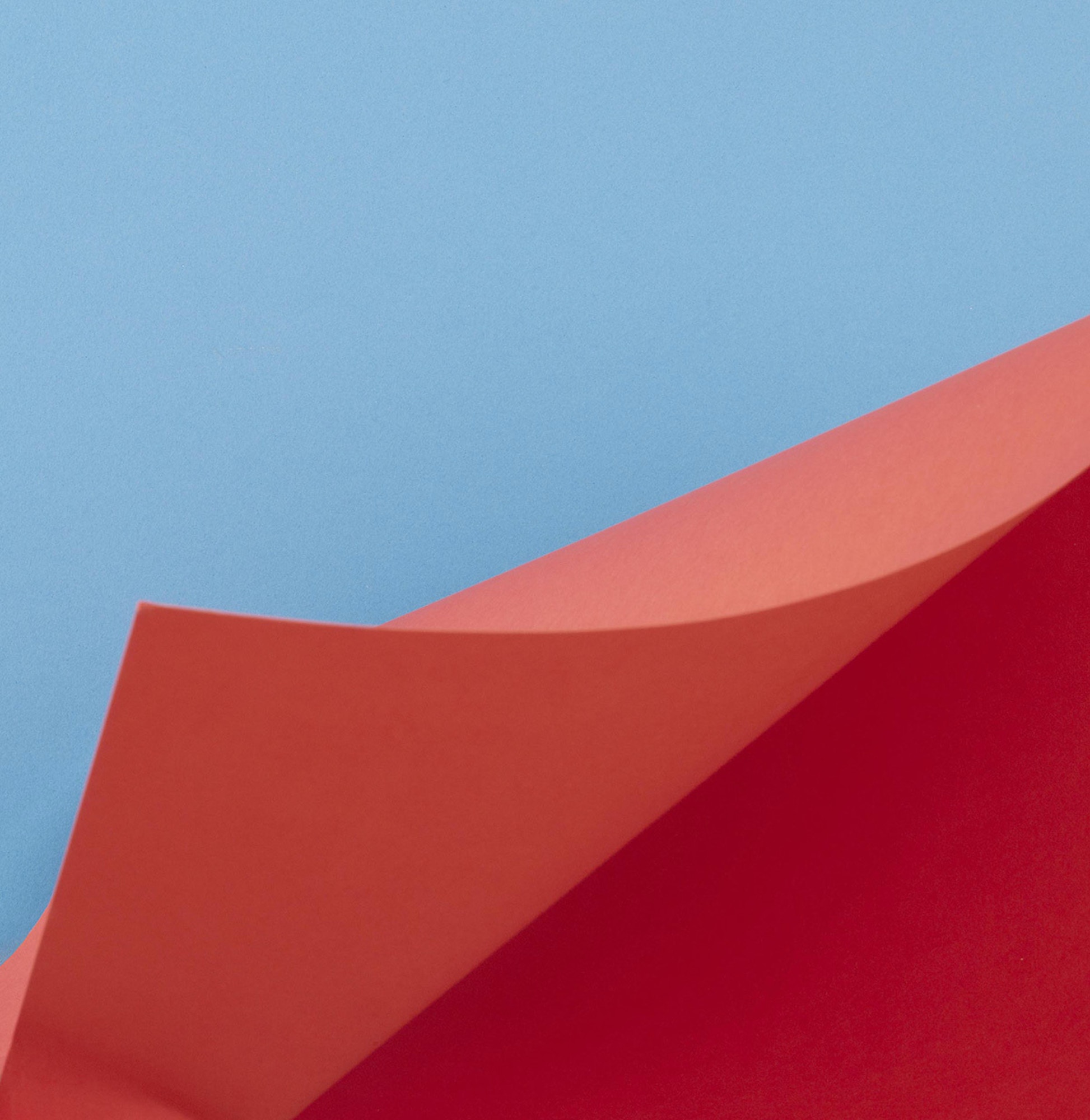 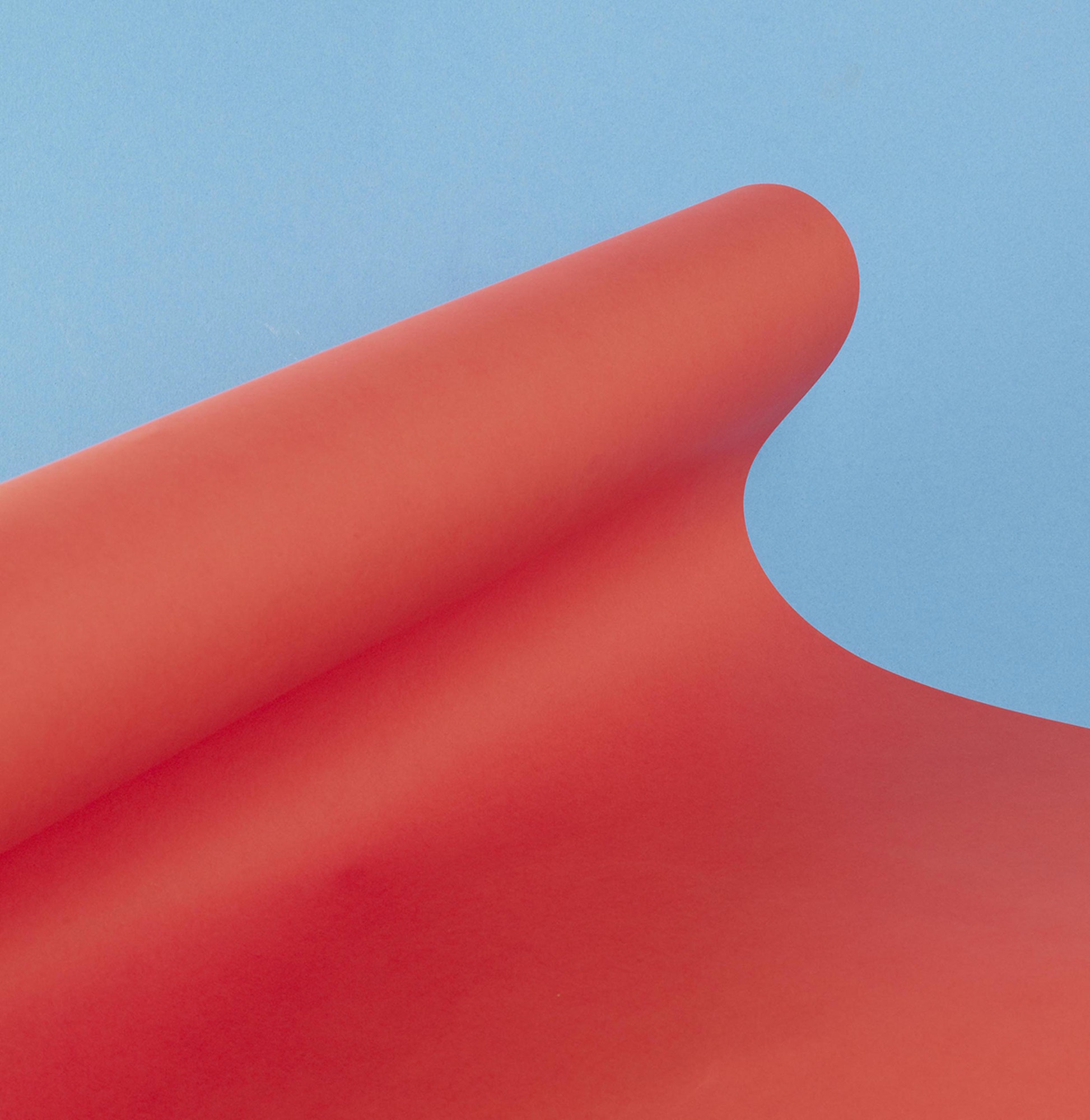 What advice would you give someone wanting to become a freelance photographer?
Assist – it’s a good way of making a couple of quid and finding out whether you actually want to do photography. If you decide it’s what you want, the main thing is not to quit. In the first couple of years photographers fall like flies. I’m the only person still shooting from my year at university, and there were 98 of us. That’s because it’s hard, in those early days no one will commission you and pay you, but you have to just keep chipping away.

How to establish a creative career outside of the city

Junior researcher at Greenspace, Shohada Akthar: “My job is to know things”

The messy truth: Is it worth entering industry awards?