Bringing the right team together to make “cool, creative things happen”. This is how Beccy McCray describes her job as Creative Producer at Nexus, one of the UK’s largest digital studios – a role that has developed over the ten years she has been at the studio. Today, Beccy oversees entire productions from inception to delivery, and has worked on films, animation, online and even augmented and virtual reality projects. When she’s not helping pioneer new film techniques, she’s a self-confessed artist-activist working as part of the Crafternoon Tea Club collective with the aim of creating a more sustainable and socially just future. We caught up with Beccy as she talks placements, picking up new skills and sheer perseverance. 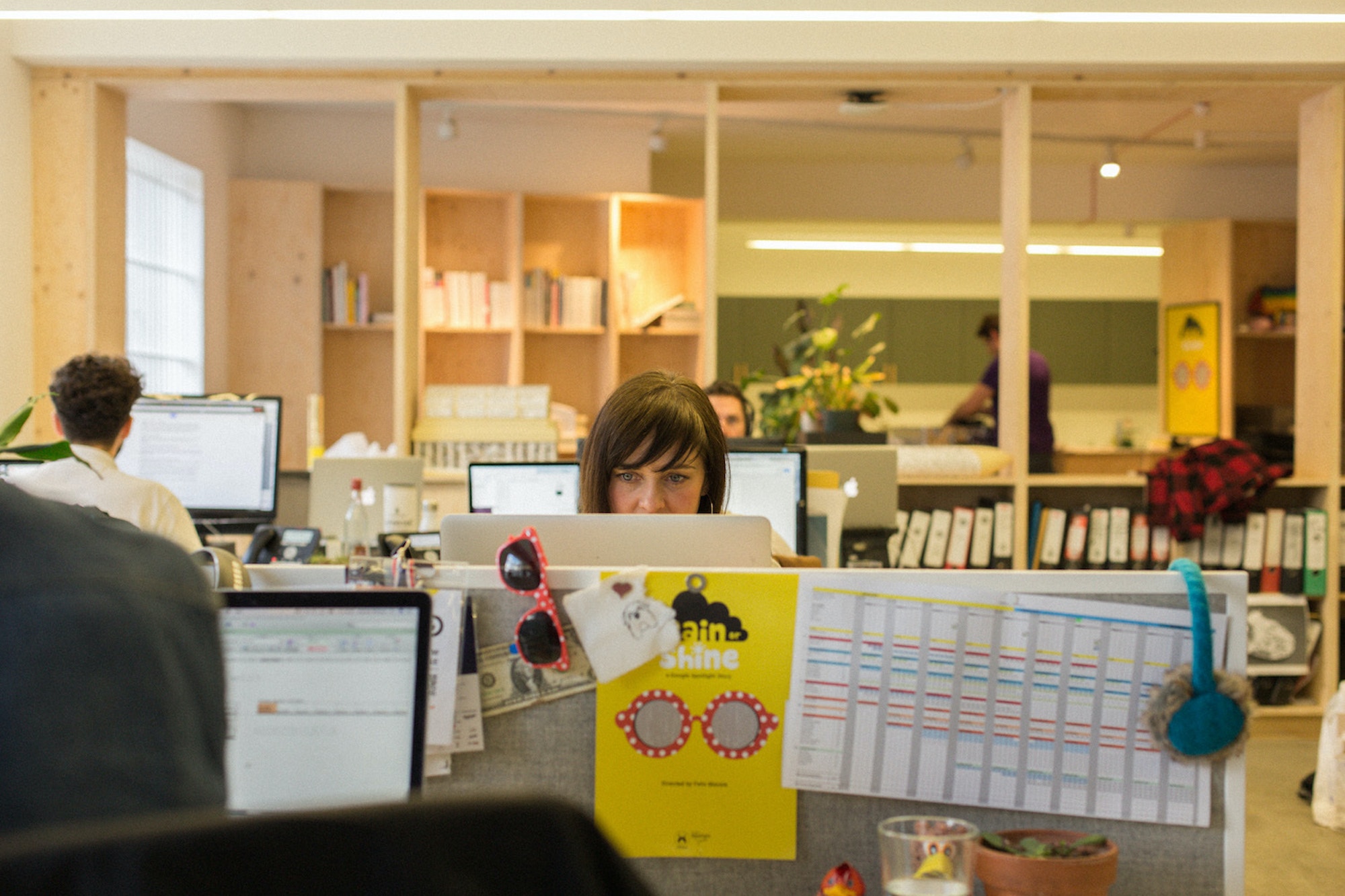 Tell us a little bit about your role within the company.
I manage the Nexus Music & Culture division at Nexus, which covers areas such as music content, gallery and museum commissions, and collaborations with platforms and channels such as Nowness and Anyways. These projects cover a diverse range of media from film and animation to installation, VR and web.

As a creative producer I work on the early stages of ideas, development and opportunities with directors and clients before overseeing the entire production right up to getting the project out there and onto blogs. It’s basically developing interesting artistic opportunities and then bringing the right team together to make cool, creative things happen.

What does an average working day look like?
I live in Hastings so it takes me 2–2.5 hours door-to-door each way, to get into work 2–3 times week. I quite like the 1.5 hour train journey, it’s a good chance to focus on one thing with no distractions. My day involves a lot of juggling. I’m always working on multiple jobs and pitches and have a lot of different ‘to do’ lists and project plans to manage. My time is split between computer-based work (mainly communication, strategy, looking at blogs, and R&Ding tech, talent, trends and funding opportunities), meetings, presentations or brainstorms (with clients both in and out of the building and with different departments at Nexus such as production, studio, directors, PR, and development and strategy). When there’s a job on with a more live action or installation-based element to it, I’m sometimes on shoots and recces too.

How did you land your current job?
When I was in my final year at uni I saw [Nexus’] Honda ‘Grr’ ad and thought it was the best thing I’d ever seen on TV. From then on I wanted to work at Nexus. Two years later I’d just finished at Godman and speculatively approached Nexus. Serendipitously they happened to be looking for a development manager with both production and creative skills (I had continued directing my own work whilst I was at Godman) and the rest is history! Over the ten years I’ve been with the company my role has grown into what is it today.

“When I was in my final year at uni, I saw [Nexus’] Honda ‘Grr’ ad and thought it was the best thing I’d ever seen on TV.”

What are your working hours?
Basic hours are 10am to 6.30pm, Tuesday to Thursday, but I use the train time too.

How collaborative is your role?
Very. I work closely with the directors and creative leads on pitches and jobs, as well as the studio or shoot crew, the production team and our in-house designer who creates our presentations and decks. A producer is effectively the lynchpin of the whole team. Having said that, I also work quite autonomously.

What are the most and least enjoyable aspects of your job?
Most enjoyable: creative thinking and concept development. Making exciting things happen and leading a team. Bringing an idea to life and it being well received. Least enjoyable: the pace of production combined with juggling projects can be stressful at times, but you learn to accept that this comes in waves.

“I’m really lucky to have two incredibly fulfilling paths in life that feed into each other in a very positive way.”

What has been the most exciting project of the last twelve months?
Probably the Chapita 360 music video by Mind Enterprises that I produced for one of Nexus’ newest directors, Eran Amir. Another part of my role is nurturing new talent. Working with Eran is a dream – I love his ideas. He’s super talented and a pleasure to work with. The video commissioner, Jane Third, from Because Music, was very encouraging and took a leap of faith on a new director working with a new development technology. Elliott Kadjan, Nexus Lead VR artist was instrumental in developing a completely new method of shooting VR with a single RED camera. We pioneered a new technique, teaching ourselves how to make a 360 film and creating a beautiful film in the process. The video was nominated for ‘Best Interactive’ at the MVA’s and of late has been one of Nexus’ most talked about projects.

What skills are essential to your job?
Creativity, organisation, communication and people skills, management and leadership skills, flexibility, entrepreneurship, enthusiasm and perseverance!

Would you say your work allows for a good life-work balance?
Sometimes I have a great balance, at other times balancing busy times at Nexus with my art and activism feels like two full-time jobs. But I’m really lucky to have two incredibly fulfilling paths in life that feed into each other in a very positive way.

What did you want to be growing up?
An artist, actress or Blue Peter presenter.

How (if at all) is the subject you studied useful to your current role?
It has definitely been useful to my current role, especially having specialised in moving image. It’s what got me interested in music videos which has always played a big part in my career.

What were your first jobs?
A paper girl, baby sitter, bingo change dispenser, fish and chip shop counter server, barmaid and telesales for the Andover Advertiser. It was at this point that I got interested in graphic design. After my A-levels (I studied Art, Communication Studies, and Performing Arts) I worked at the local rag where they had one of the very last old fashioned printing press in the whole country, still with traditional type-setting, right there in the basement.

After choosing to study on the Graphic & Media Design degree at The London College of Printing (now The London College of Communication) and trying out every pathway (type, illustration, information design) much to the annoyance of my tutors I went off on the industry placement year. I instantly went from being a university slacker to pulling my socks up overnight; it was like I suddenly realised how hard you have to work to make it in the creative industries. Each placement seemed to lead onto another by way of recommendations and sheer determination and by the time I graduated I’d done my time as an intern, runner or junior and had a fully paid job waiting for me at MTV.

“At Nexus, creativity runs through the veins of every department, and that’s why I’ve happily been here for ten years.” 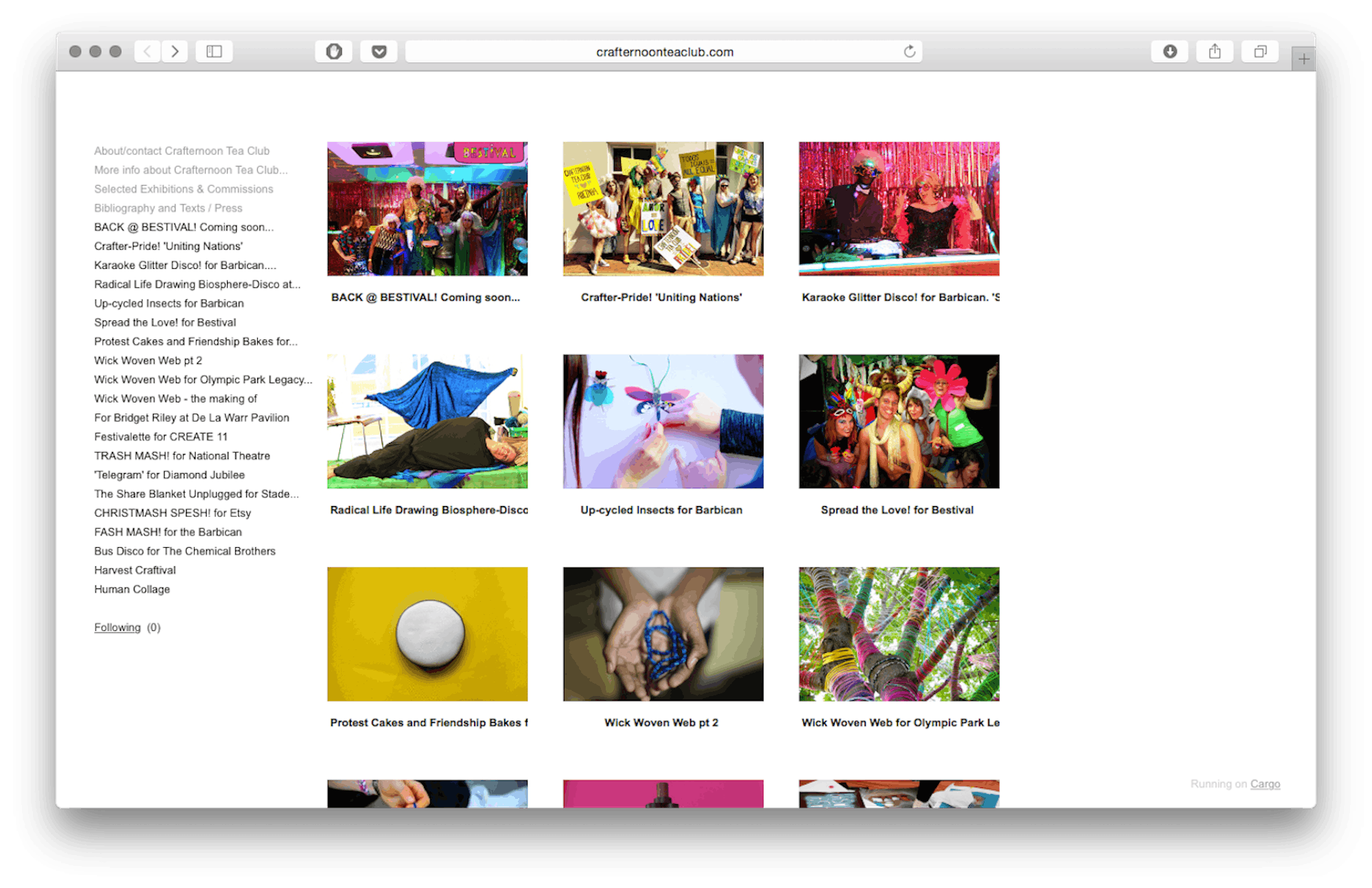 Beccy also works under the name ‘Crafternoon Tea’, a collective which explores participatory and community art

Was there a particular project you worked on that helped your development?
My first-ever job producing a music video in 2005 when I was at Godman. It was shot at Black Island studios with a cast and crew of approximately 60 people (it was pretty big!) I never thought I’d be a producer at that point – I hadn’t even production managed, let alone assisted on a job. Nothing like being thrown in at the deep end, though. Although I was terrified at the time, I’m glad my old boss Ed Sayers gave me the opportunity; to this day I still have no idea how I pulled it off but it certainly helped me to bypass several rungs on the production ladder.

What skills have you learnt along the way?
I’m picking up new skills and knowledge all the time. Developments in tech are moving at a ferocious pace – almost weekly. I think the key right now is to be flexible and accept that there kind of is no model at the moment. We’re very lucky at Nexus to have an amazing studio and interactive arts team who are always abreast of new developments and happy to share their knowledge.

Is your job what you thought it would be?
I didn’t realise how many jobs in the creative industries would still involve being on a computer most of the time. 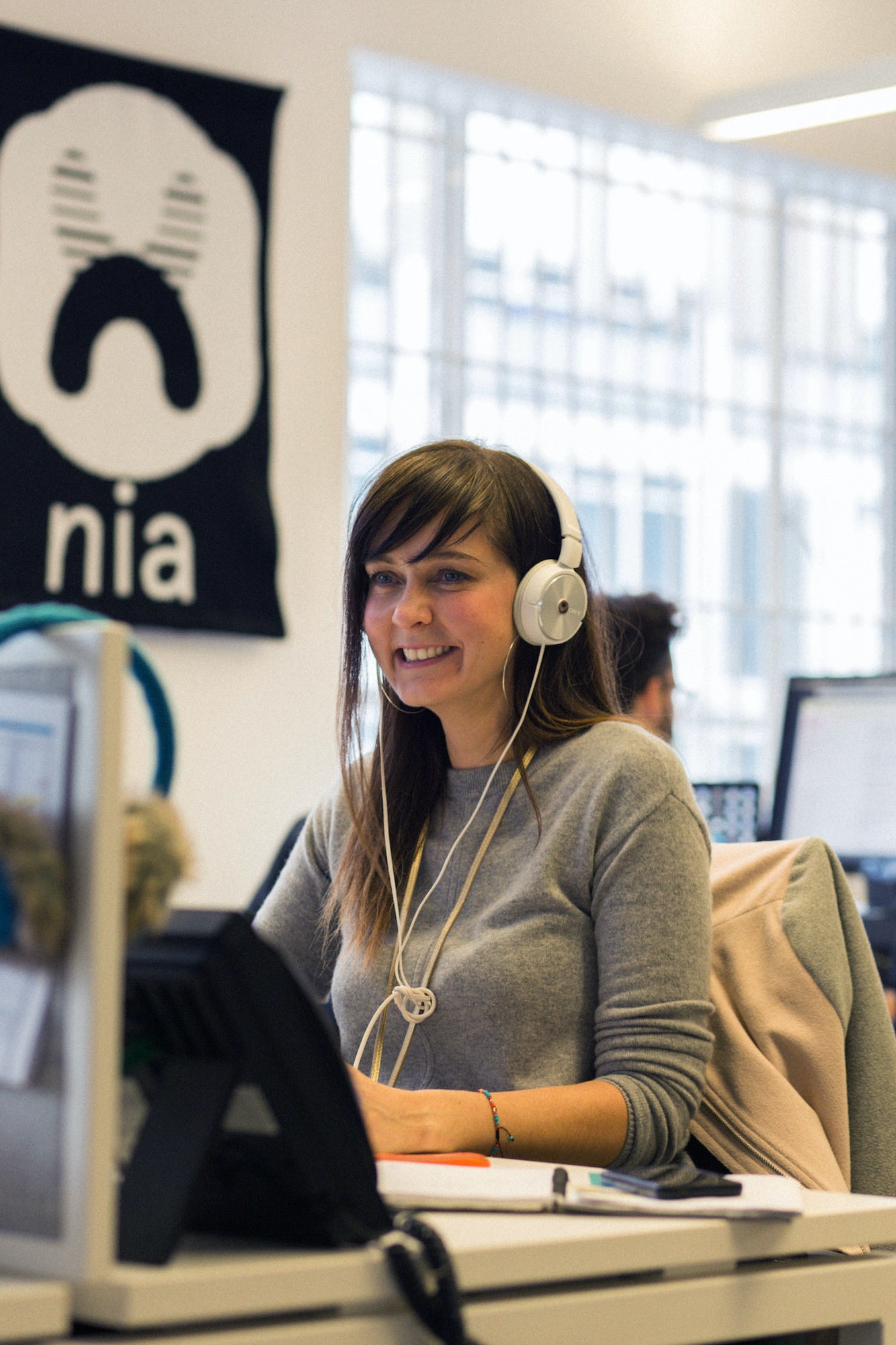 What advice would you give to a young creative wanting to become a creative producer?
There’s no set pathway into this role; it’s more about being organised, creative, enthusiastic and entrepreneurial. Then it’s all about learning on the job until you have enough experience under your belt to call yourself a creative producer! It helps to be at the right company; one of the things I love about Nexus is that creativity runs through the veins of every department, and that’s why I’ve happily been here for ten years.

This article is part of our In the Studio With feature on Nexus.