Advice — The revealing questions to ask in job interviews, according to Maddie Fortescue and Mat Heinl

While you’re busy prepping a portfolio or practising your smart responses for job interviews, it’s easy to forget that the exchange is also a chance for you to test a company out. Asking the right questions at this stage could make all the difference between being healthy or burnt out, happy or frustrated, or even, ethically compromised at work. This is something that Moving Brands’ Maddie Fortescue and Mat Heinl are actively highlighting to all emerging applicants across the creative sector. With the industry beginning to tackle some of its most pressing issues – from gender and diversity gaps to environmental impact – Maddie and Mat share the questions that would not only impress them as employers, but that could also accelerate change in the workplace.

We’ve interviewed a lot of people for positions at Moving Brands, but during these interviews, very few people ask us questions – especially people just starting out. However, we’d actively encourage this. Because if you ask the right questions, not only will it help you decide if a company is right for you, but it can also help companies see where they have the capacity for change.

We’ve been working on a list of these questions, both to ask ourselves as a company, and to encourage others to ask their employers, or potential employers. When it comes to your own, they don’t have to be complex, and you can also prepare them before you go, so they are less daunting to come up with it on the spot.

“We’ve interviewed a lot of people for positions at Moving brands, but very few people ask us questions.”

There are undeniable issues within our industry – be it around the environmental impact, a lack of diversity, and the need to get more value for the things we create. These have all accelerated the need for us to sit up, take notice and take action. Time is running out on being naïve about these things.

On top of our own efforts, we’re putting a lot of faith in graduates and new-starters. They are going to have to hack their way through some of these problems, and it’s not all going to be easy. It starts with asking questions of the people within industry, and you might be met with blank faces along the way, because a lot of people simply won’t have considered many of these issues. 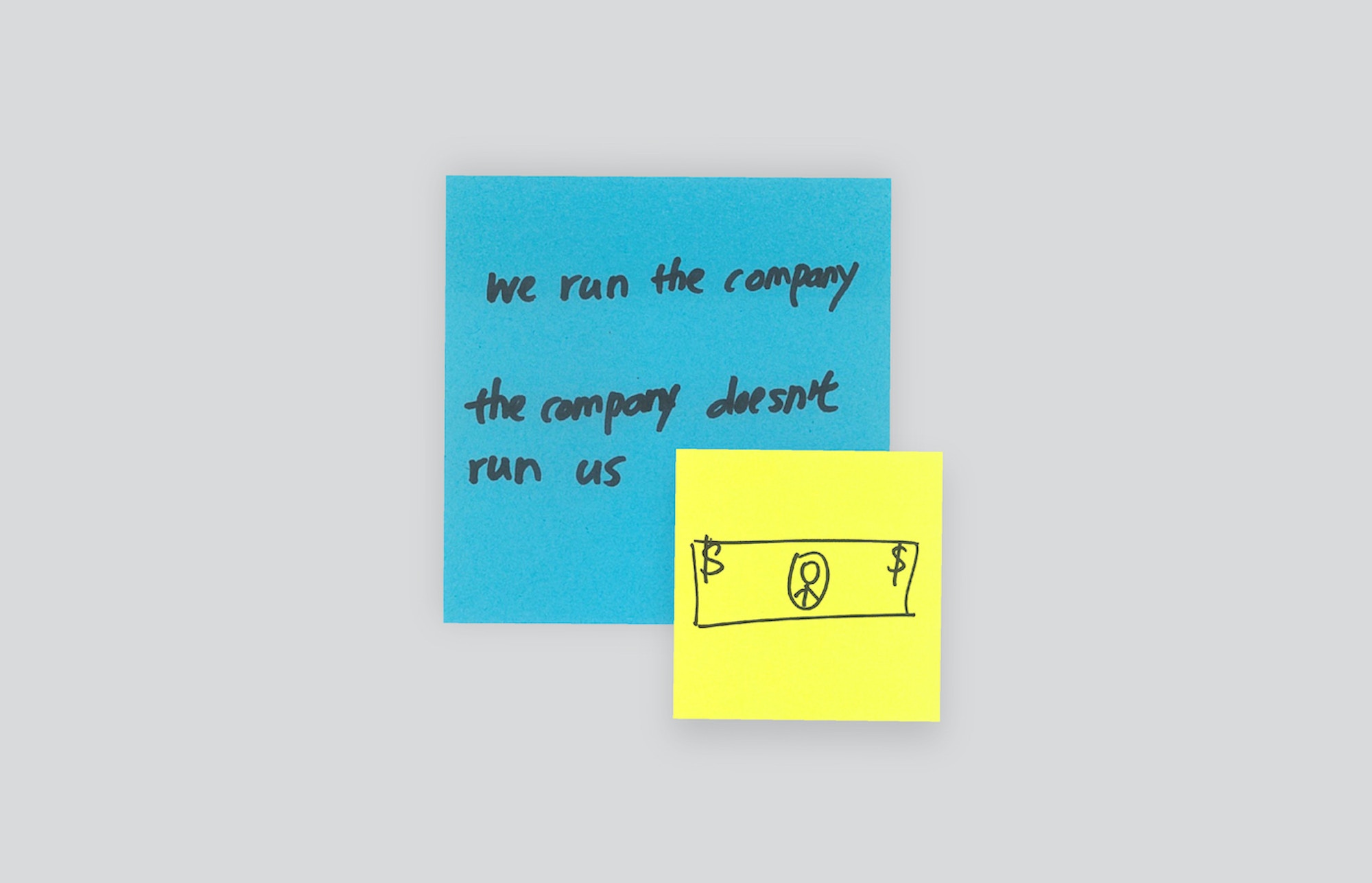 Find out who really controls the company

Suggested questions:
“Is this company owned by another company?” or “Who owns the company?”
“Are there any members of staff on the board of directors and if not, why?”

As an employee, you should know who you’re working for, whether it’s an independent company or a network agency controlled elsewhere. In the creative industry, the board of directors is often made up of people who own shares in the company. People also use other words, like board, directors or leadership, to describe the same role. Their role is basically to secure the longterm health and direction of the company, so some get quite heavily involved in strategy, for instance.

The reason why it’s important to know if the company has actual members of staff on the board, is to know if there is a real representation of the team when decisions are made. Otherwise it may well be that the people making the decisions are of a different generation, and further away from the constant changes affecting the team.

Suggested questions:
“Why was the company originally founded?”
“What direction do you see the company going in, over the next five years? How is this decided?”

If you ask these things, it’s then important to consider whether you admire and respect their purpose and explanation.

This one is important to our industry, because a company can look relatively diverse from the outside, but when you get to leadership level, or certain functions, the ethnic diversity and female representation drops off dramatically. We aim for a diverse organisation because we believe it avoids one-dimensional thinking and creates conditions for better ideas.

In data shared by DBA [Design Business Association], you can see that roles are very split by gender. Typically, women tend to take more marketing and project management roles.

Apart from companies of more than 250 employees, no one else has to release data about gender equality and pay equality. So it’s good that we all keep focus on these topics, and it’s also impressive coming from a graduate. 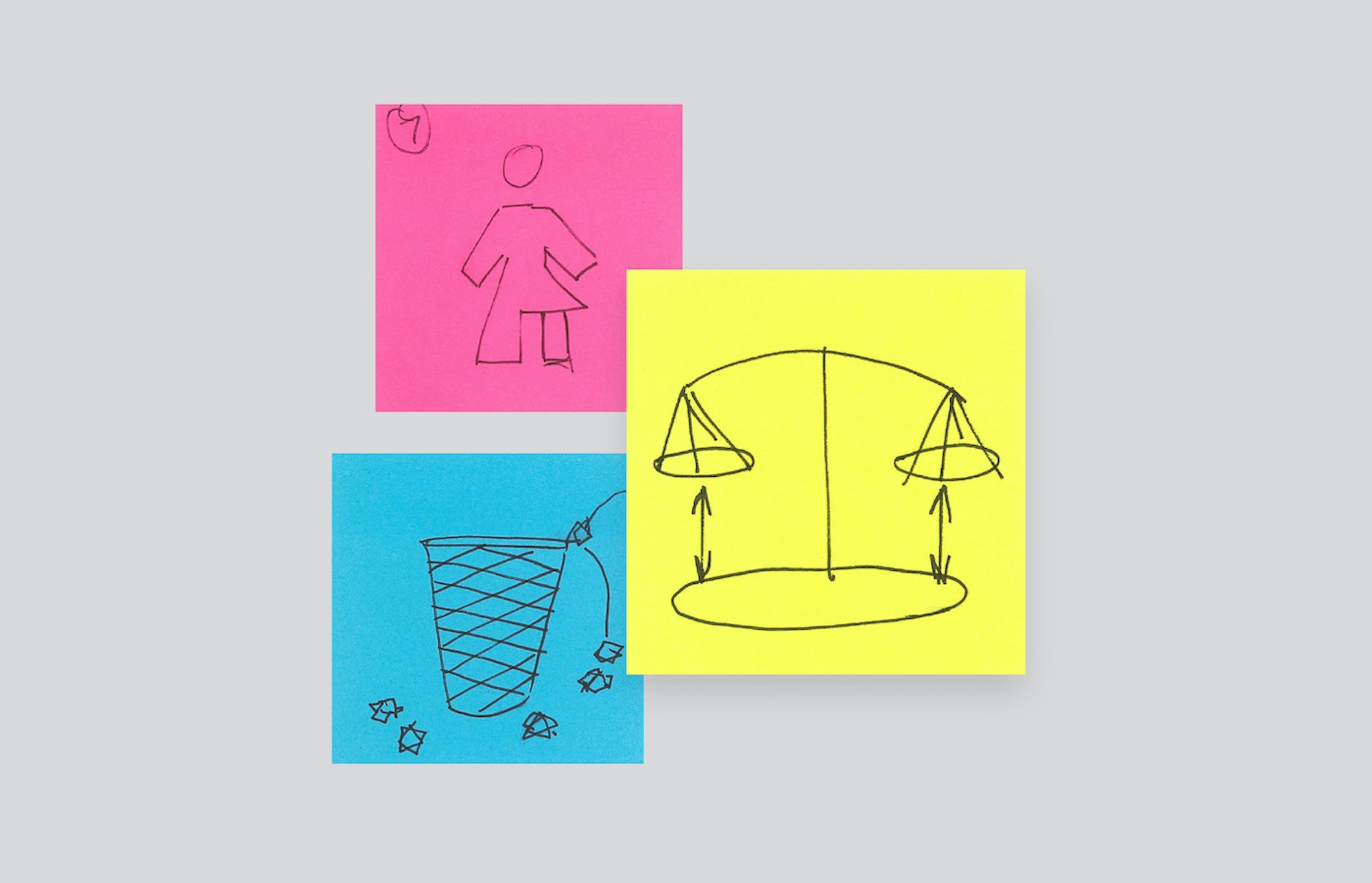 How they deal with interns

Suggested question:
“Do you pay interns?”

We take the view that not paying interns is essentially condoning slave labour. It’s that simple. Not paying people that work for you is almost one of the worst things you can do; it’s extremely bad for diversity and it undermines the value of what we all create. If they do pay, it’s also worth asking if they pay living wage or minimum wage. But this shouldn’t be a question people still have to ask. Everybody should pay interns.

Clients: It’s not just about WHO, but WHY

Suggested question:
“How do you decide on which clients to work with?”

Just the act of asking this question will be interesting, as some companies might be confused by it. There is a prevailing attitude in many companies that they are chosen by clients and have little choice in the matter. It’s much more revealing than simply asking: What sort of clients do you work with?

While a lot of language around clients is based on ‘winning’ and maintaining them, it’s good to bear in mind that this is always a two-way relationship. Creative companies can also decide to work with their clients, too.

Getting to know the culture

Suggested question:
“Are there any aspects of the culture here that are different to other companies doing similar things?”

Workplace culture is a really big topic at the moment. A company might have free food and a ping pong table, but it’s actually so much deeper than that. It’s already great to ask: What is the culture like here? But asking a company how they do things differently might give a clearer idea of their priorities. 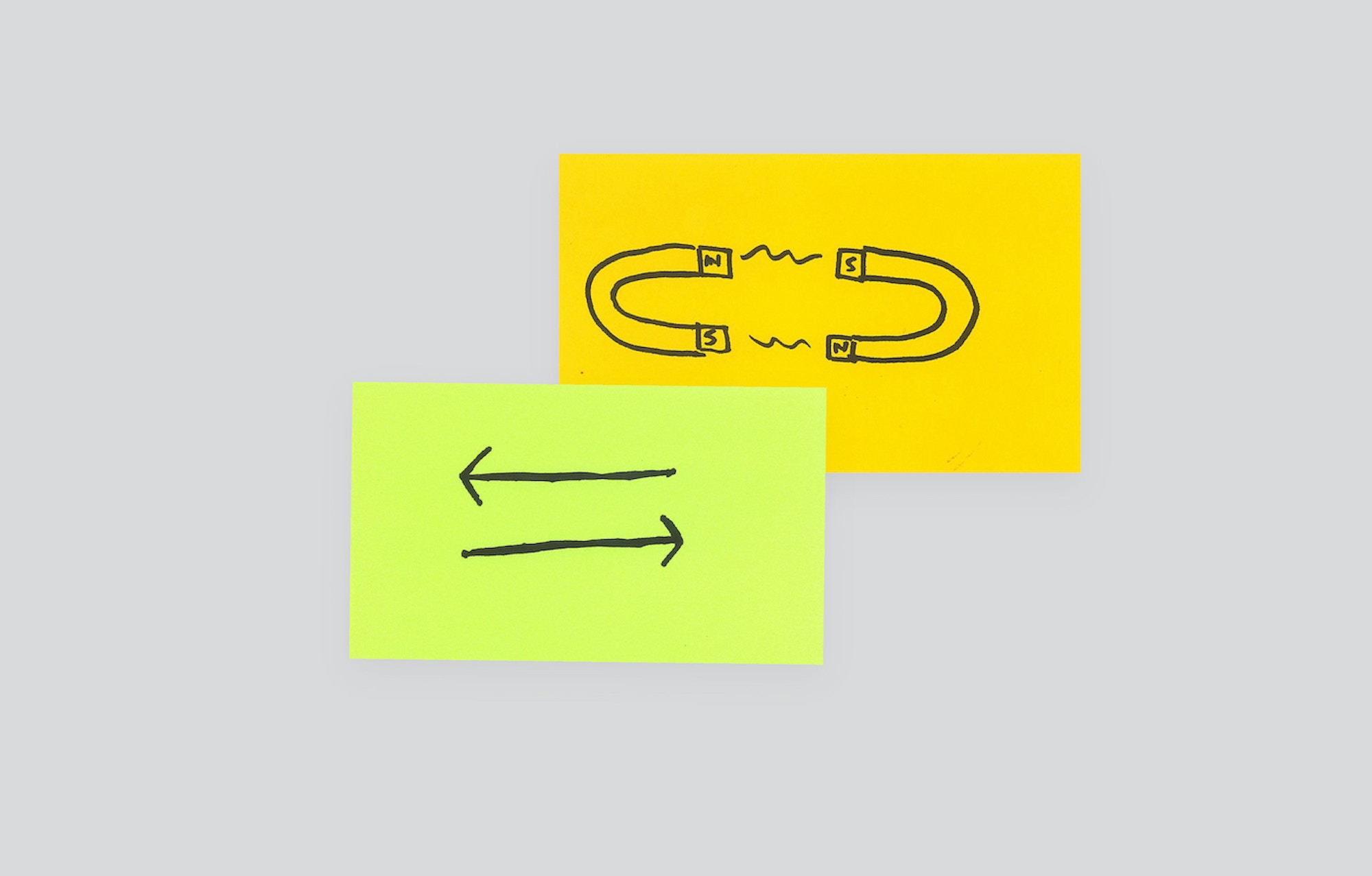 Suggested question:
“How transparent is the company about business performance?”

At Moving Brands, we share how the company is performing with our team, and this includes financial information. Most people in our industry have little access or involvement in the commercial model and the realities of how the businesses they work for are run. We think that’s wrong. If you know how something works, you have more power in deciding how to improve it.

We also try to explain how this money is earned. When people understand this, they get the chance to see whether they're interested in having more of role in the commercial side of the business.

Being clear about taxes

Suggested question:
“In which jurisdiction is the company based in for its taxes?”

What does that mean for you as an intern? It’s a good question to ask because a lot of companies are advised by their accountants and legal advisers to be aggressive, and pay as little tax as possible. By finding out more, you have the opportunity to decide whether you agree with this approach or not.

Suggested question:
“What’s the company’s approach to sustainability and the environment?”

This is about asking: Where does all the stuff you buy and use come from? At the moment, we’re looking at every single thing we buy and doing a review or delete on each one based on a score card we have collectively designed. Soon we’ll be able to publish everything we’ve found, with links to alternative products that are environmentally less impactful.

We’ve found several hundred suppliers already, and this includes everything from paperclips, to pensions. Obviously we’re not telling people what to buy, but we’re giving them options.

If we got 1,000 companies to do a copy-paste of what we’ve done, that would have a pretty big impact. You can change all your suppliers overnight. No problem. It’s incredible how much stuff we buy, and when you look into it, you realise that a lot of things have travelled huge distances and you can’t recycle them. This has been a valuable experience and also helps helps us advise our clients with confidence. 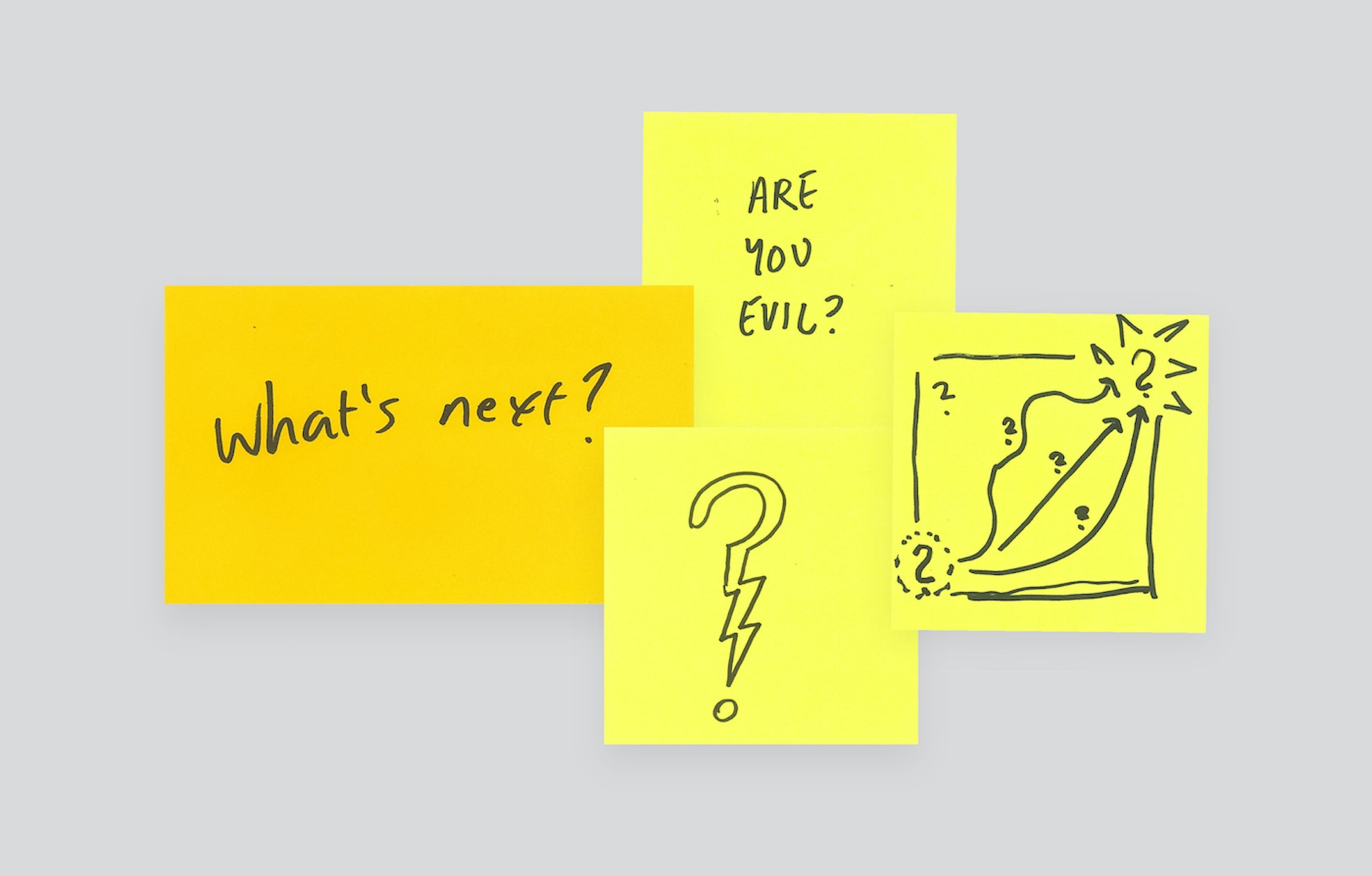 Suggested questions:
“If I was to make a mistake, how will this be approached?”
“What mistakes have you learned from?”
“How do you encourage team members to be continuously learning?”

We all make mistakes, but how can we learn quickly from them? In the early part of your career you will be experimenting and working in new ways, so it’s inevitable that you will get things wrong. It’s good to know what the attitude will be towards that: How human they are, and how much they are willing to help you grow? Try and find out how they approach onboarding, goal setting and feedback.

Not many people are comfortable talking about, or pushing for, progression – but it comes across really well to ask about it, and makes you seem proactive and driven.

The approach to collaboration

Suggested question:
“How do your teams work together?”

This is a deceptively simple question, because if a company can’t explain this, it could mean that there isn’t a clear structure around how teams are organised. If a company is less collaborative, it can result domineering individuals being heard above everyone else. It also means that quiet, introspective people might be less heard and appreciated.

Suggested questions:
“How will my voice be heard?”
“What exposure to leadership and management will I experience?”

Within each agency and company there will be a different approach to how leadership and management interact with junior staff members. For us this is vital – we’re on open floors and everyone works together. But we also understand and appreciate it’s not normal everywhere. 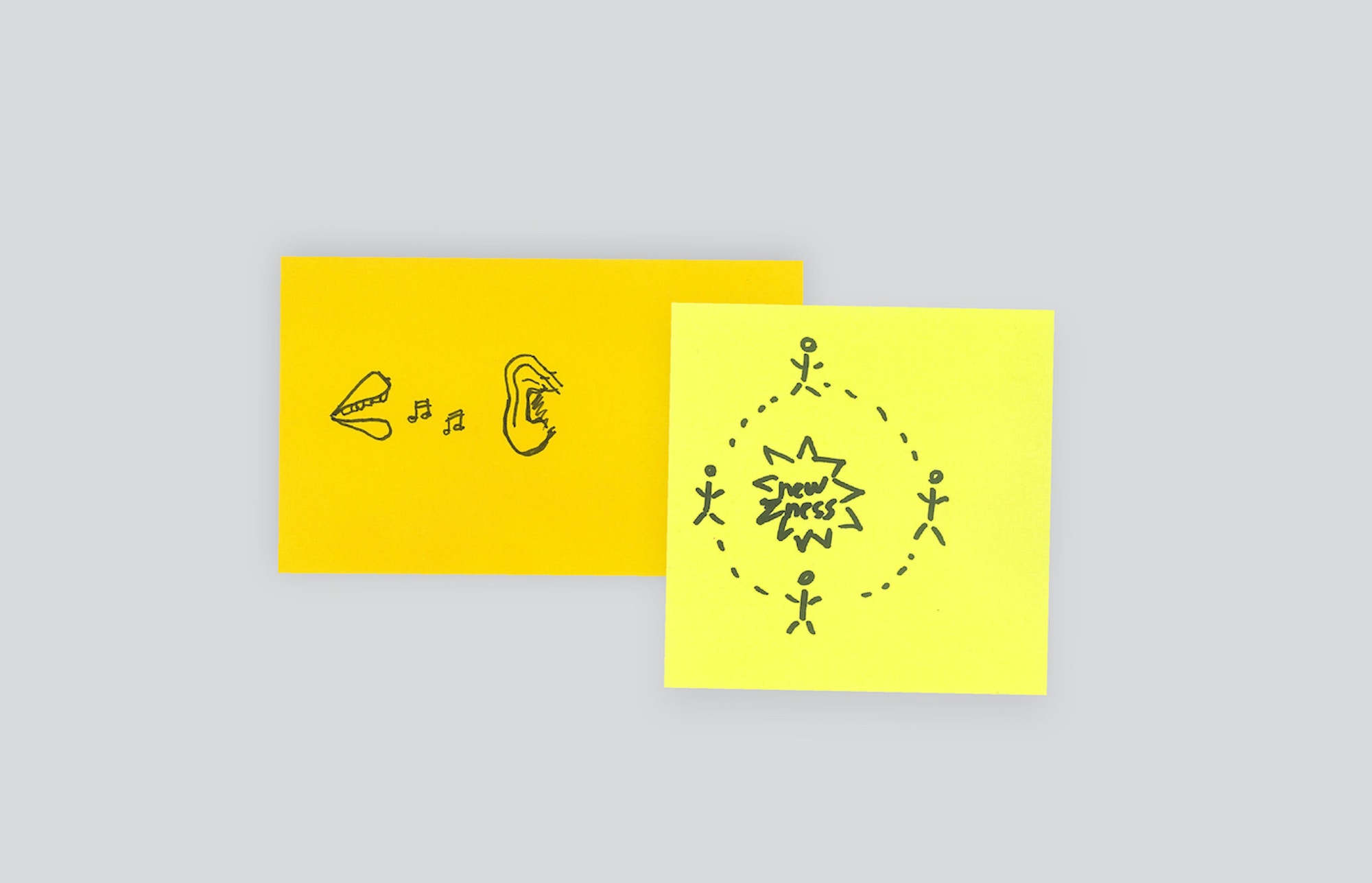 Suggested question:
“How do you look after the wellness of your team?”

One thing that we’ve done a lot of work on here is health – both mental and physical wellbeing. It is definitely high on the agenda for us and lots of people we work with. This can come down to very practical questions, like: Is where I sit going to be healthy for my back? Or, what’s your attitude towards working late nights? These questions can seem very practical, but they basically ask the organisation how they try to mitigate some of the stresses of working in a fast-moving industry.

Their reputation as employers

Suggested question:
“When people leave, what do you think is the best and worst thing they say about this company?”
“Would you encourage your friends to work here?”

If we were asked these questions in an interview, we would have to think quickly about what we were going to say. It also demands a personal subjective response. They’re provocative questions, but are likely to get some quite revealing answers about the company’s culture and dynamic.

Moving Brands is an independent, global creative company founded in 1998. Maddie Fortescue works as the company’s Global People and Development Manager, and Mat Heinl is CEO.

Niran Vinod, creative strategist at Facebook and Instagram, on the importance of getting out of your comfort zone