In the Studio With — Another Space: the creative studio making immersive spatial works for Massive Attack, James Blake and Nike

Founded in 2016 by the team behind renowned art practice United Visual Artists, Another Space is a London-based creative studio creating innovative and immersive work for collaborators including Massive Attack, Calvin Klein and Nike. Spanning sculpture, experiential, audiovisual and set design, recent projects have included a Space Odyssey-evoking illuminated catwalk for Versus and arresting performance design for the recent James Blake tour. We talked to creative director Alexandros Tsolakis about the collective’s decision to separate into two working studios, the diverse skills that go into every project and why working with recent graduates is so valuable to their output.

Another Space is made up of processes and projects that grew from UVA over the years. While the same people are involved on both sides of the studio, we like to keep the work between the two very separate. UVA was started in 2003 by Matt Clark who’s a sculptor and artist, Chris Bird – formerly a producer for music productions, and Ash Nehru who’s a software developer. The original idea was to connect innovative technologies with sculpture, production and performance.

After a while, we realised that we were building a body of work in parallel to UVA’s output, but it couldn’t be fully associated with UVA. We were being approached for lots of commercial work that was all creative and inspiring, but it just wasn’t what we would do off our own backs. We are the same team for both companies, so we maintain the quality and aesthetics, but Another Space is just more flexible and responsive to briefs – it’s all about collaboration, while UVA is now solely focused on self-initiated artworks, with full control of our artistic expression. This year UVA will do our first solo show at a London gallery, and we’ll be focusing on that almost solely, for the rest of the year.

“Another Space is flexible and responsive to briefs – it’s all about collaboration, while UVA is now solely focused on self-initiated artworks.”

Our work as Another Space is to create technically innovative, dynamic spatial design and environments. This includes installations for film, online content or special events – from stage design for musicians, bands or performance artists to designing shows and performances for luxury and fashion brands. Occasionally we do bread and butter jobs, which is quite normal in London with all kinds of large overheads! But most Another Space projects are quite high-profile – we can’t really hide much, so we publicise most of them. More than 90% of our projects are on the site. 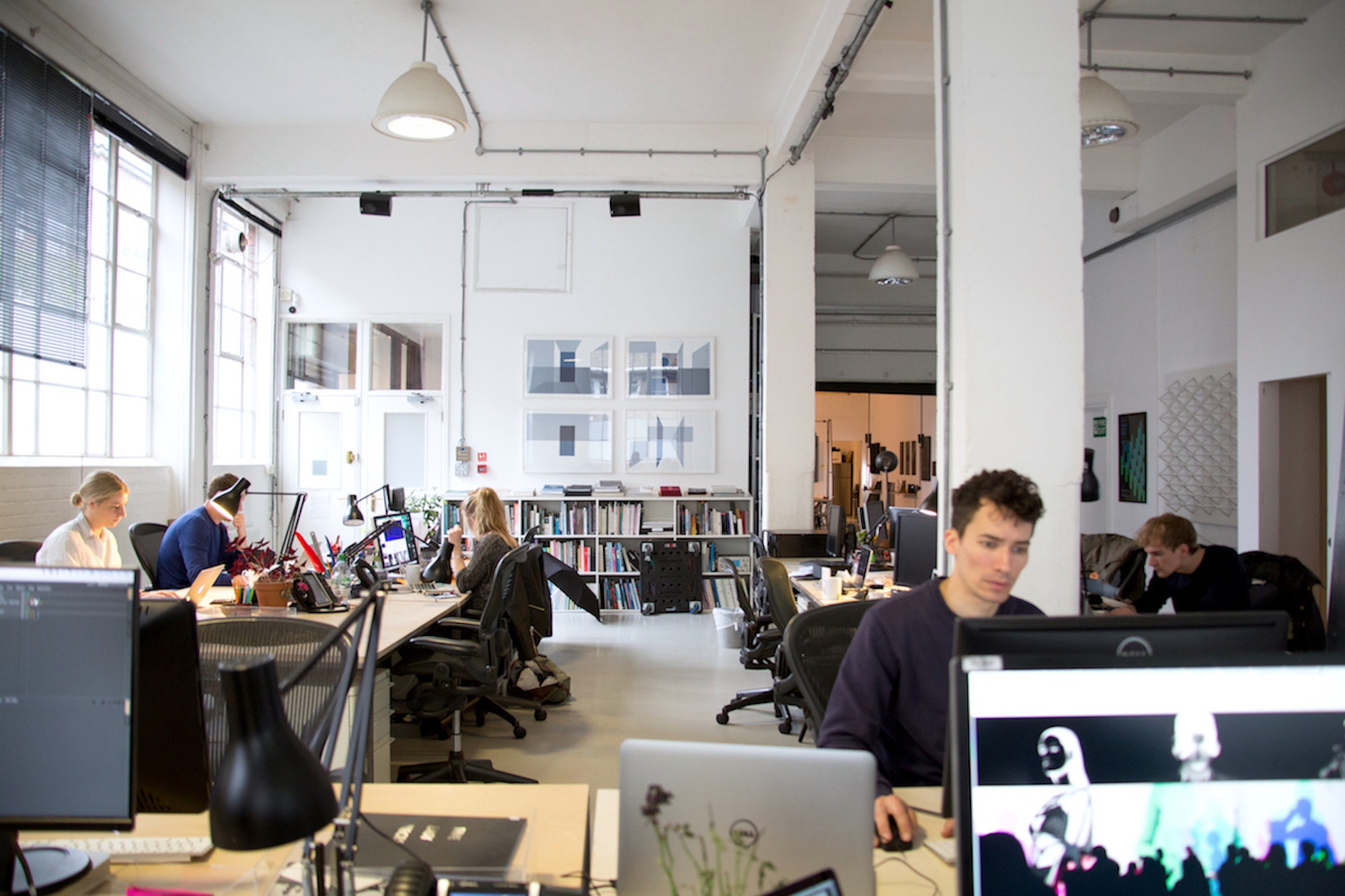 Inside Another Space and UVA’s shared studio 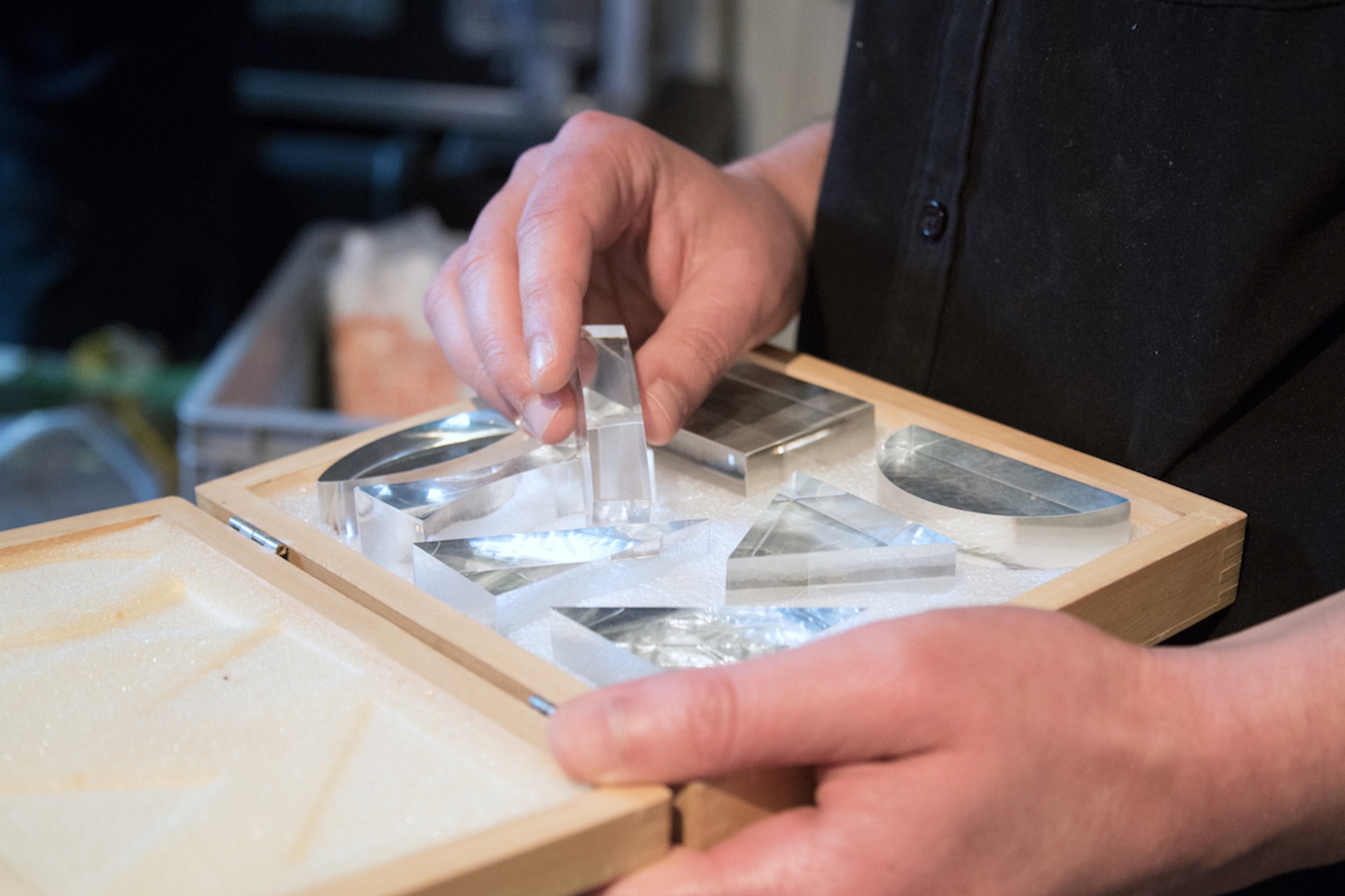 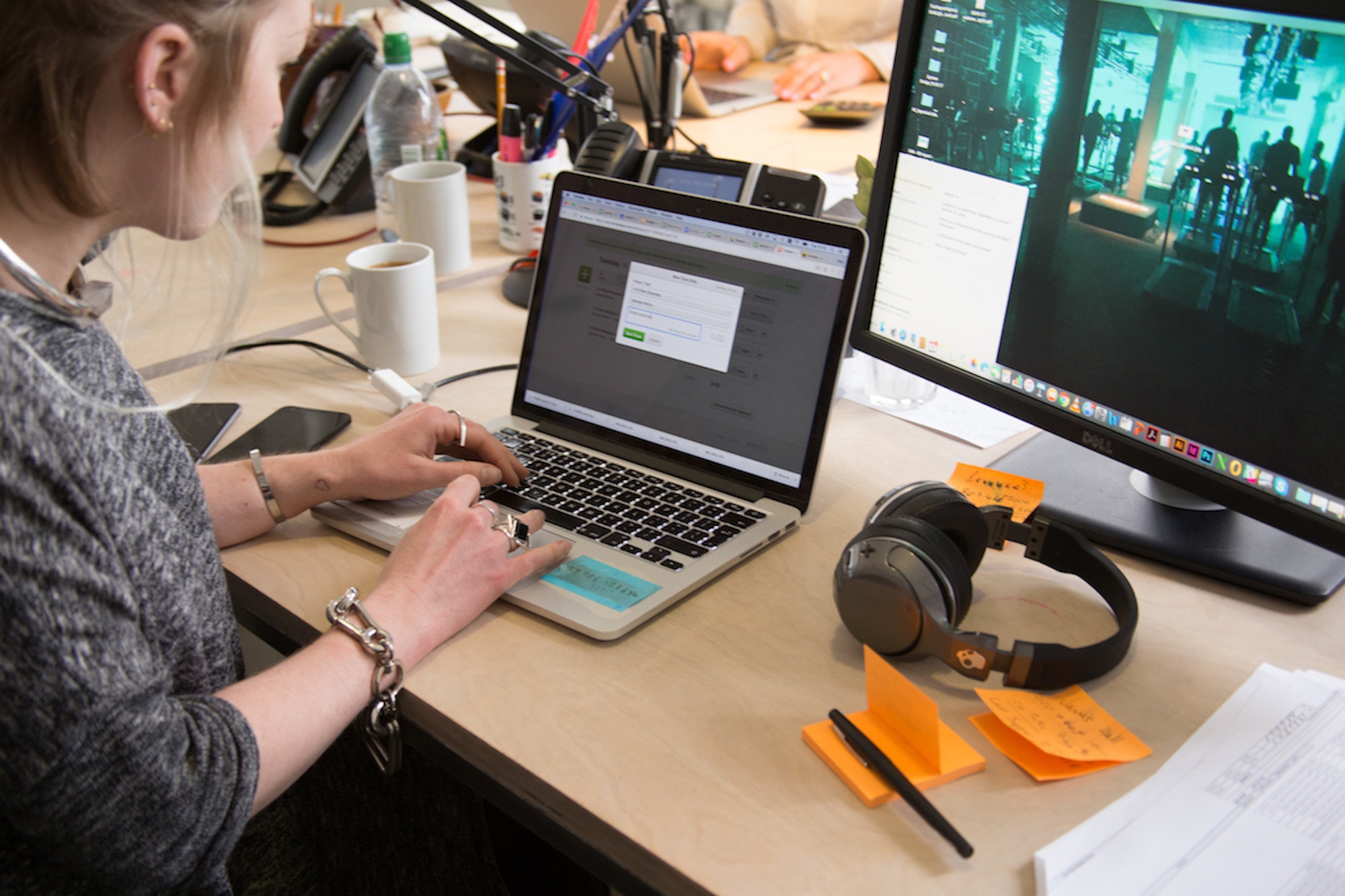 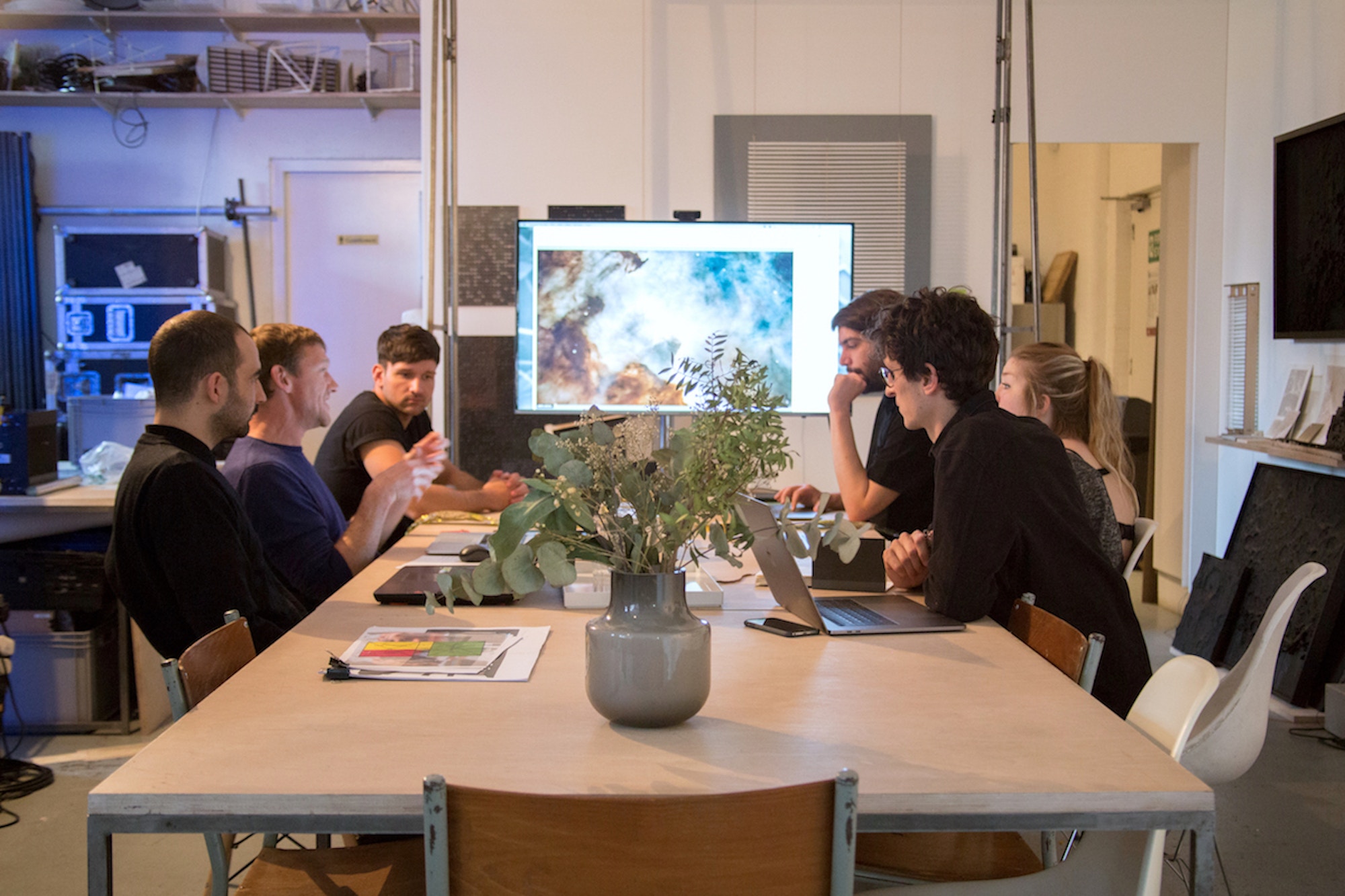 In terms of our work over the past year, doing the stage design and content creation for the James Blake tour was a real highlight. Quentin Blake was involved in creating the visuals, so he came into the studio to work with us, I’ll admit I was almost shaking when I met him! He was fascinated with having sensors put on him to be able to record his movements painting through space. I think he was drawing a dog, and he couldn’t see the results until it was displayed on the screen later.

Another highlight was the Massive Attack Hyde Park show. We are longtime collaborators with the band, and the performance came a couple of days after the referendum and a major bombing in Syria, so it became a very important show for us. Then there was the Foundation Cartier show in Paris for the work of Bernie Krause (one of the hidden legends of our time!), and the Nike ‘Unlimited You’ project, which huge and had a crazy timeline; the whole thing was created in around 30 days. We made something like 1.5 hours of visual content for seven shows a day with around 4,000 visitors in four days.

Our working process is quite sequential in the way a project will pass through the team. We often work with multiple clients and projects at varying stages  – sometimes we’ll get involved from the beginning, and sometimes we’ll join halfway through a campaign. When we join at the beginning, we will make sure that team members involved in creative direction meet with the client and collaborators. Then our producers, for example Alex Clunie, come in to bring things back to reality, before the architects (such as Jon Skerritt) get involved. After that we will define how something behaves or animates, which is a very creative part of the process. Lee Sampson, our technical manager and designer, usually gets involved at the end, but sometimes we’ll have questions for him at the beginning too. It’s a very dynamic process, but it definitely changes from project to project. 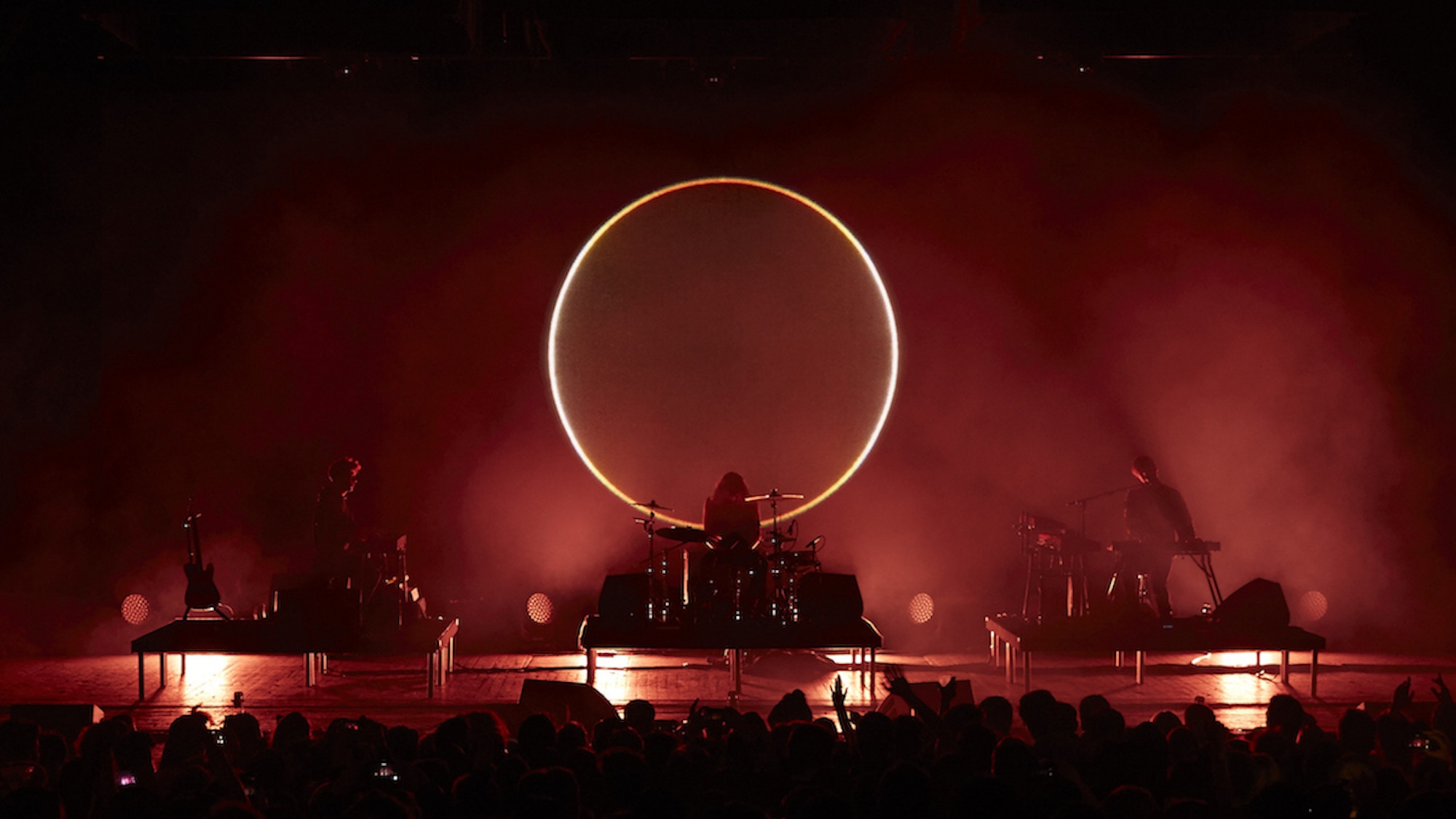 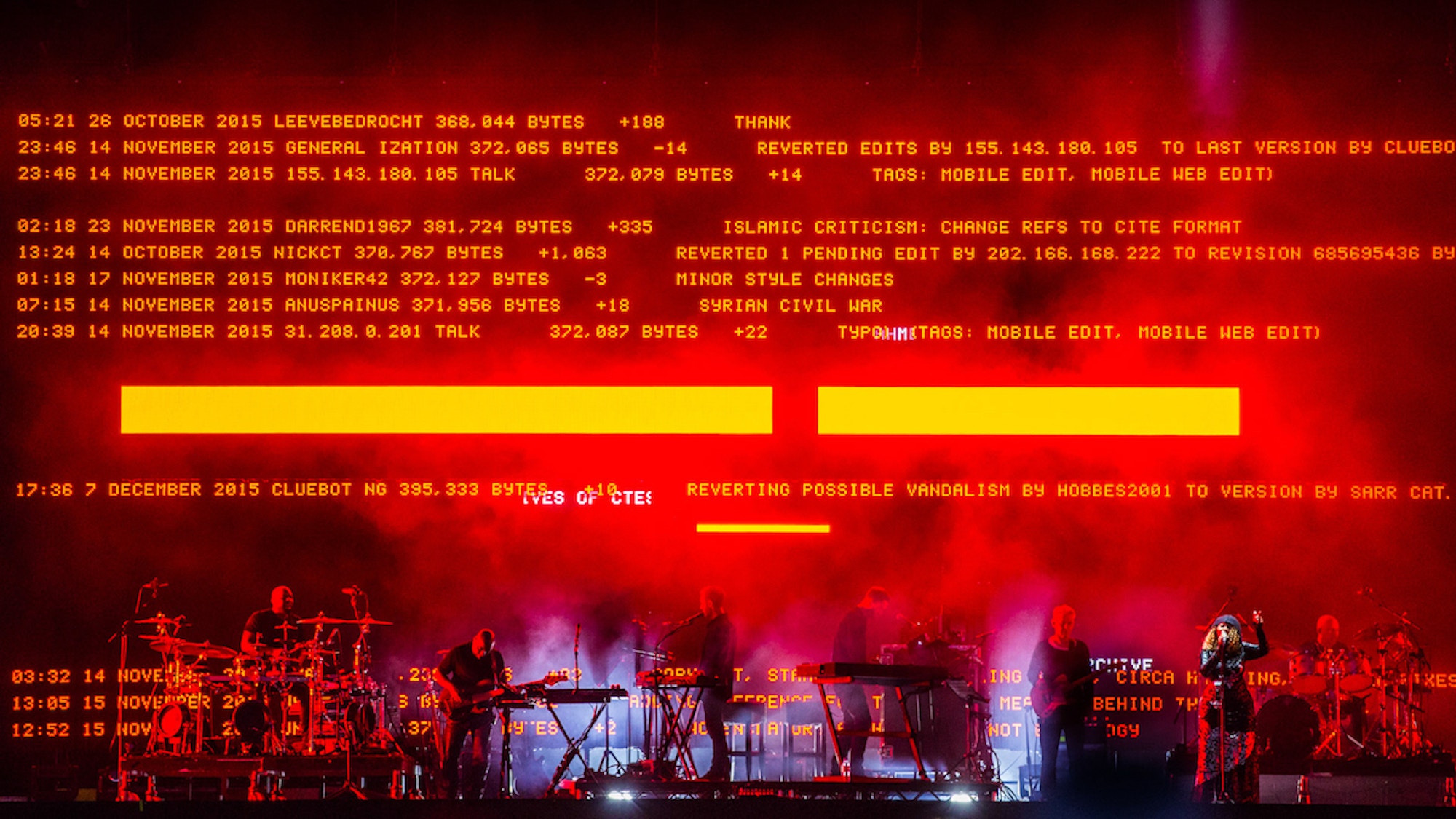 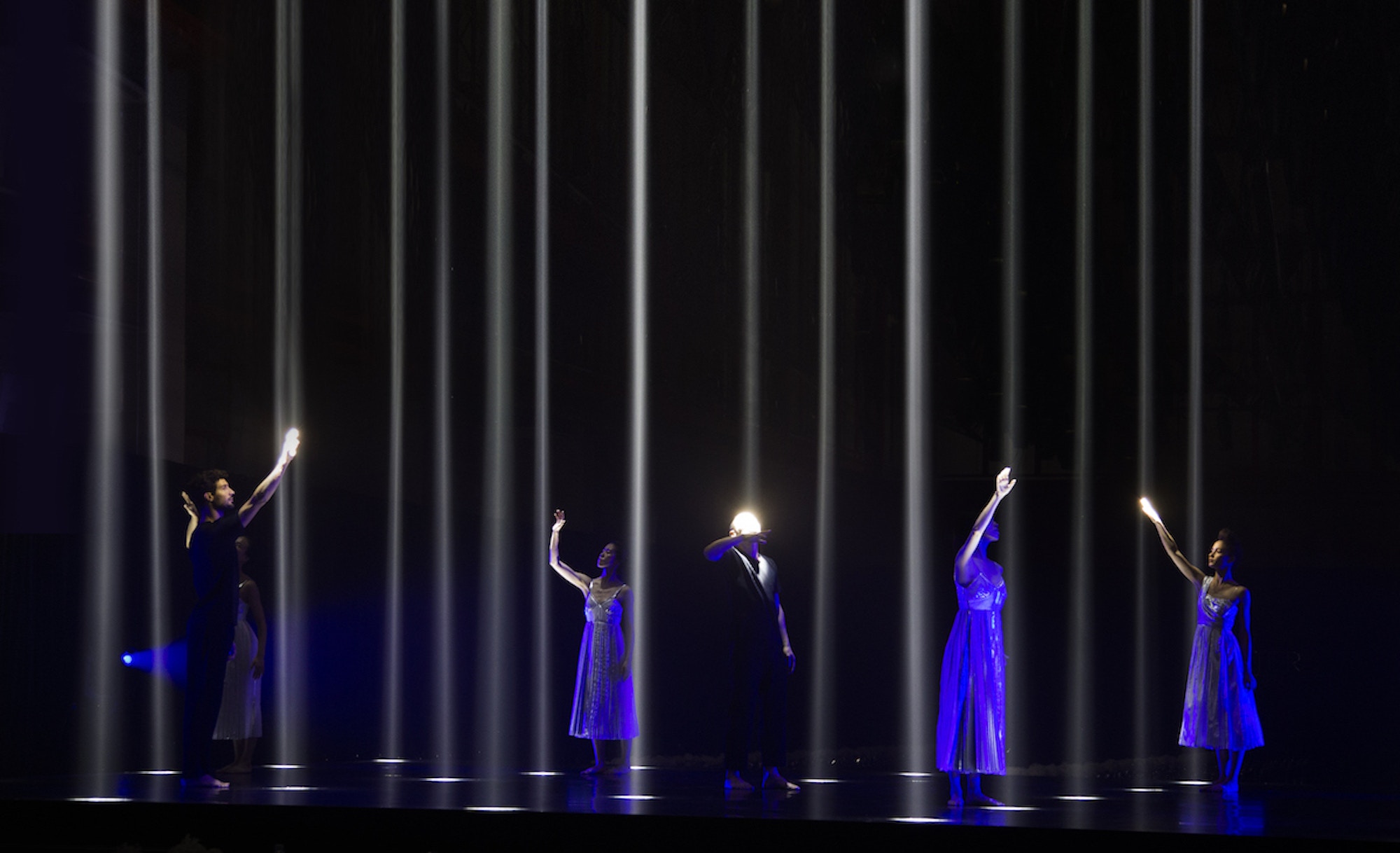 Work for the Cartier Foundation 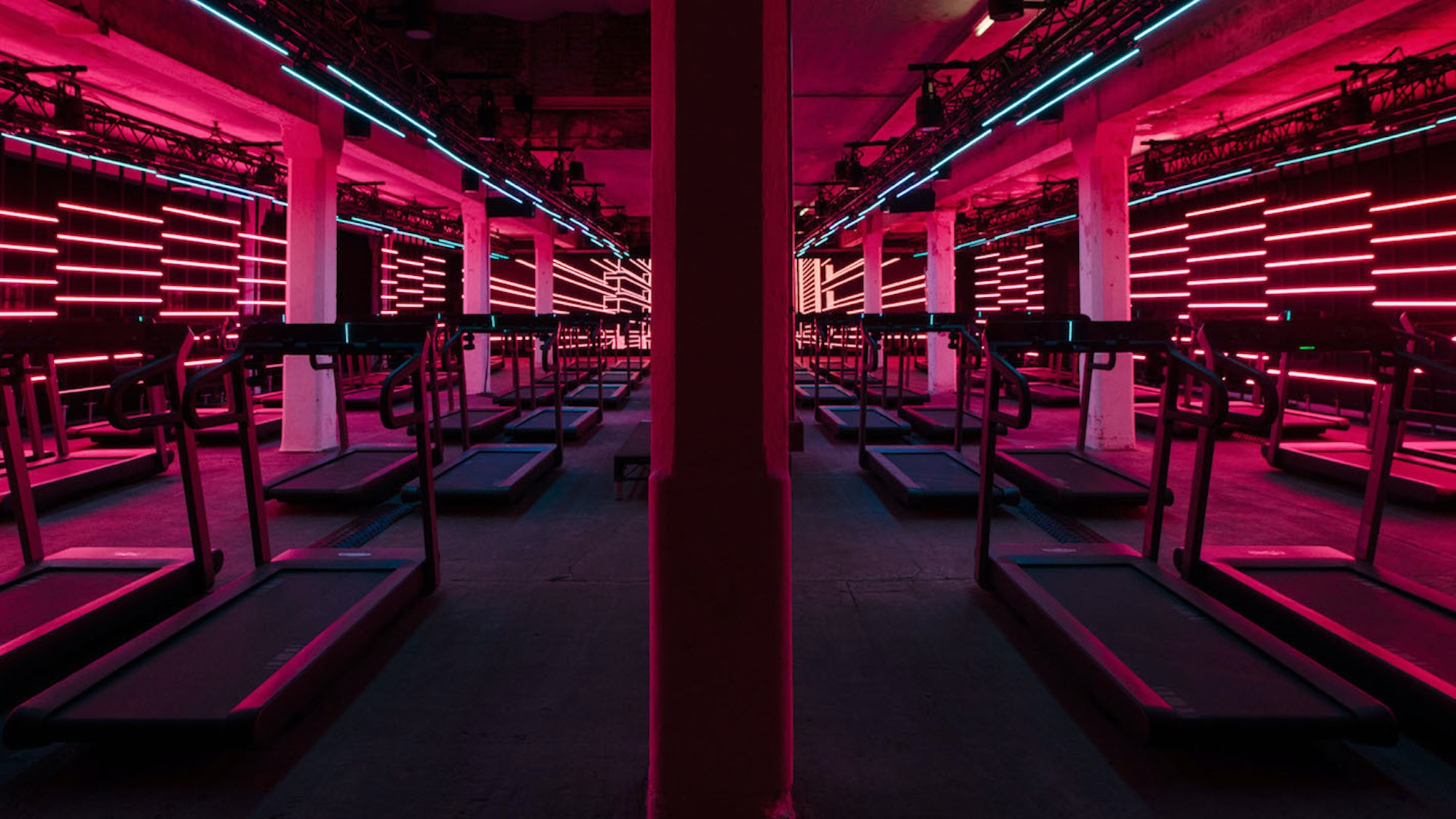 A film by Another Space for James Blake 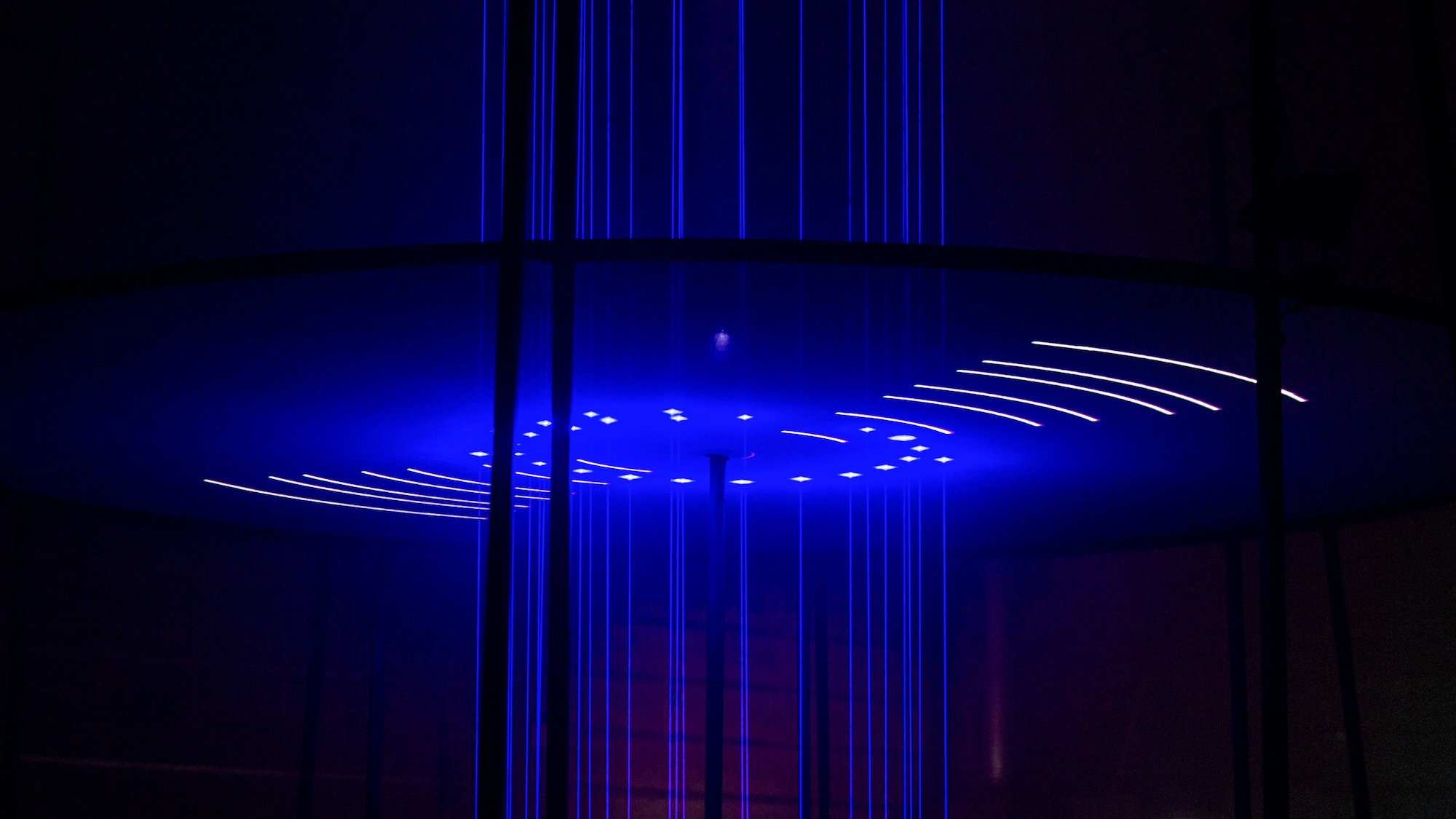 The diversity of the founders is the principle we’ve used to hire new people over the years. We have architects, photographers, animators, designers, graphic designers, background designers, interaction designers and illustrators. When we’re hiring new team members, we look at someone’s skills, and then we look at their character. The team is small so we need to make sure we work together in a very seamless way, so there is always a balance between the two. We also have a massive pool of freelancers, usually specialised and very talented.

Freelancers are a really important part of what we do – it’s taken years to build a group of people we know, trust and who understand the workflow. Our timelines are really tight, so they need to be ready to go. There are different types of freelancers, for example with the sonic part of our installations, we always work with someone external to bring the sound, except when it’s a music collaboration. The other type of freelancers are brought in to support the existing team – for example projects managers – for bigger projects.

“It’s taken years to build a group of freelancers we know, trust and who understand the workflow.”

Two of the three founders are very much involved in the running of the studio and, most of the time, the projects themselves. As creative director, I lead the projects day-to-day with the art director Maximo Recio. Then there are at least five people working as designers or artists – that includes interaction and architectural design. Then everyone I mentioned is supported by production. We have a full-time studio manager and part-time finance manager and communications director. Everyone varies in terms of background and seniority, so while some people have years of experience some people are recent graduates.

Right now we’ve got two recent recent graduates on the team. Willem Kempers, our interaction designer, had done a placement at UVA  before returning to his design school in the Netherlands to graduate last year. He just got involved straight away, and it’s really interesting to see how he researches and approaches things creatively from a very young and curious angle. This is very important for us, as we are lacking that perspective now that we have so much experience. The second recent grad is Lee Sampson, who had been an intern here for around five months beforehand. He’s now our full-time technical designer, and came straight from the Live Visual Design and Production BA at the Backstage Academy – a relatively new organisation, where they look at technologies around shows and performances.

We’re such a small team that we can’t maintain a massive amount of interns – it’s not only unfair to them, but also the work itself, as we wouldn't be able to provide everything they need and answer their questions. So we limit interns down to the ones we believe will benefit most from the experience and practice; they will be actively involved and contributing to the process. 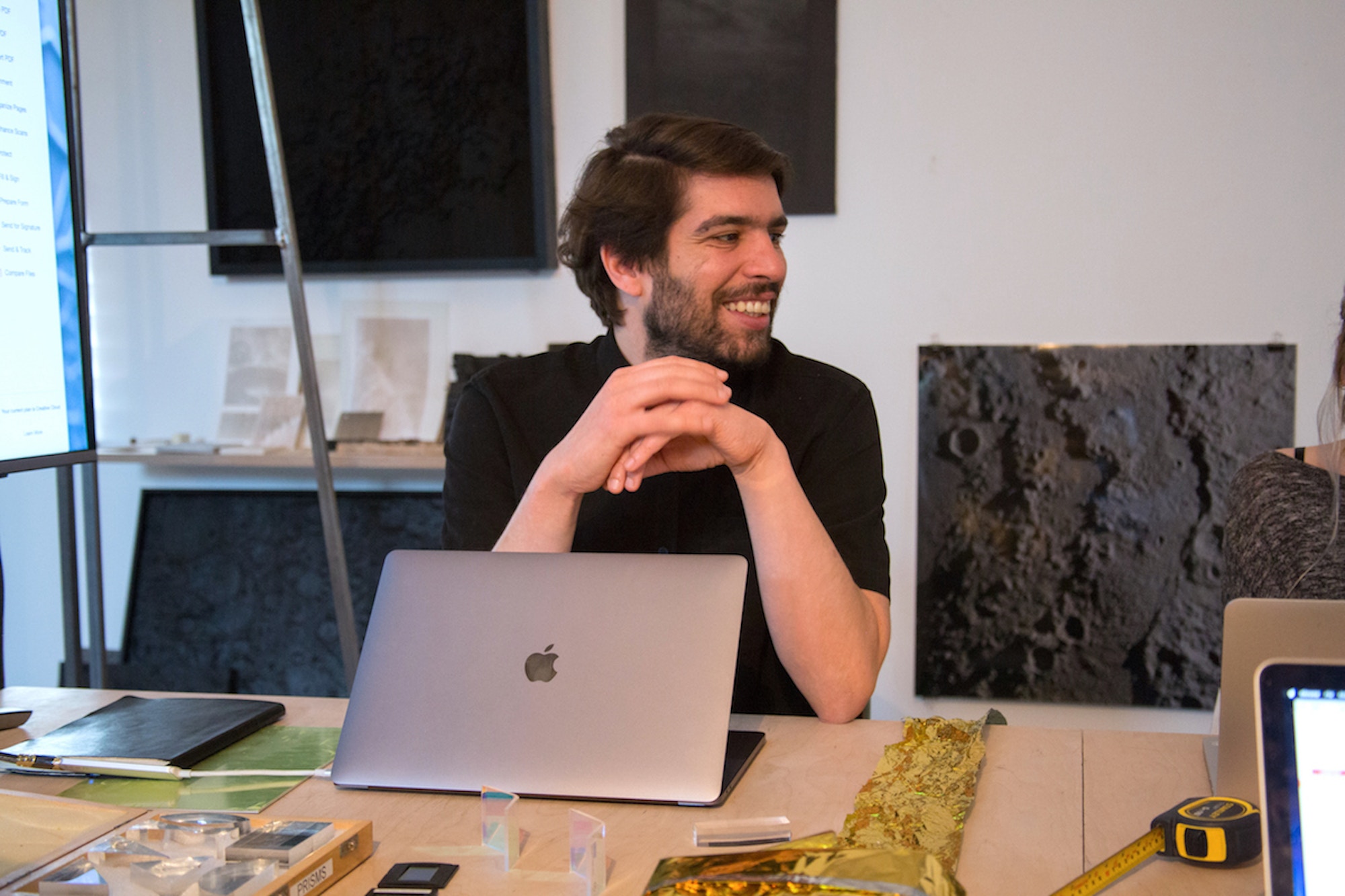 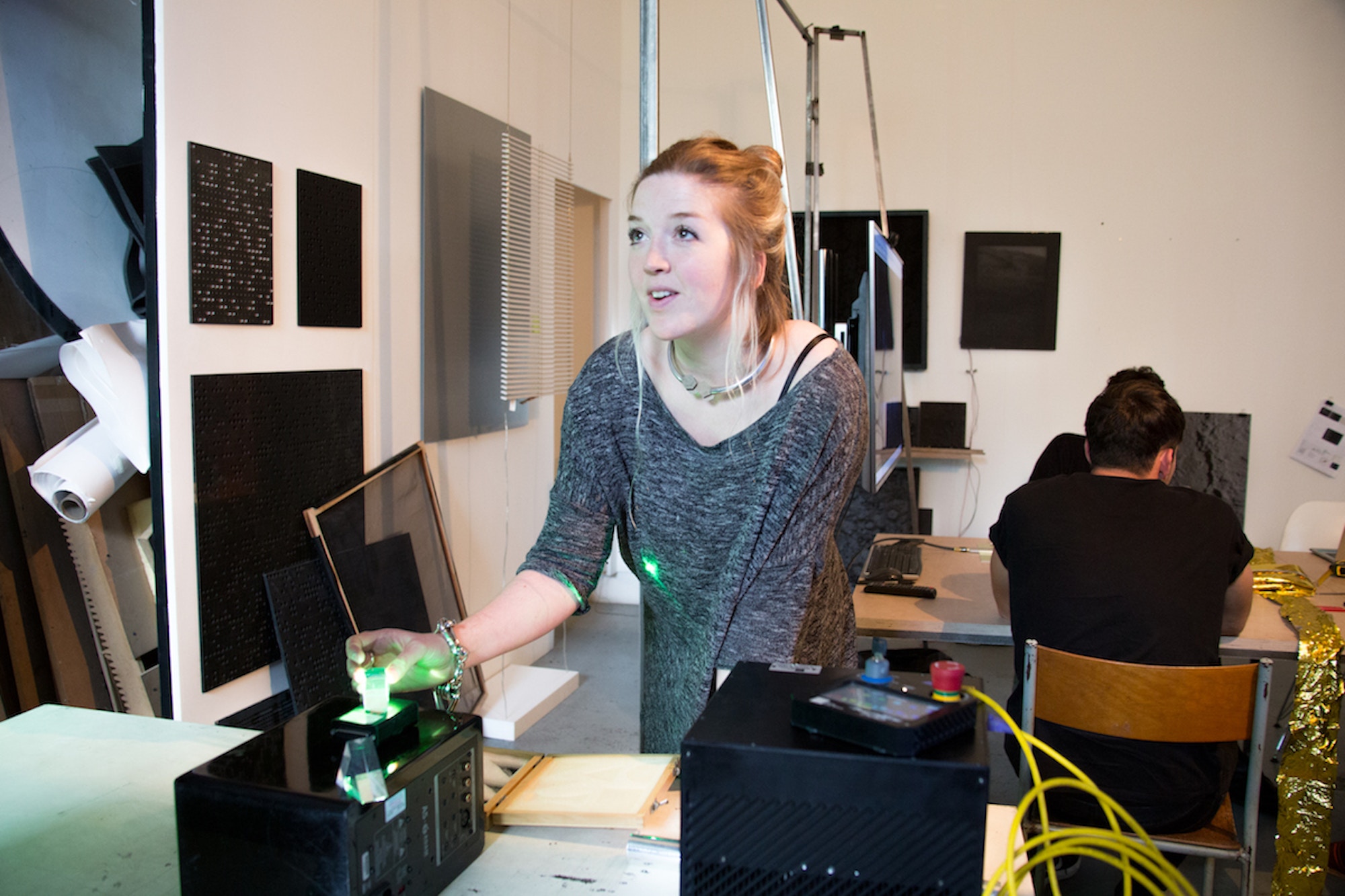 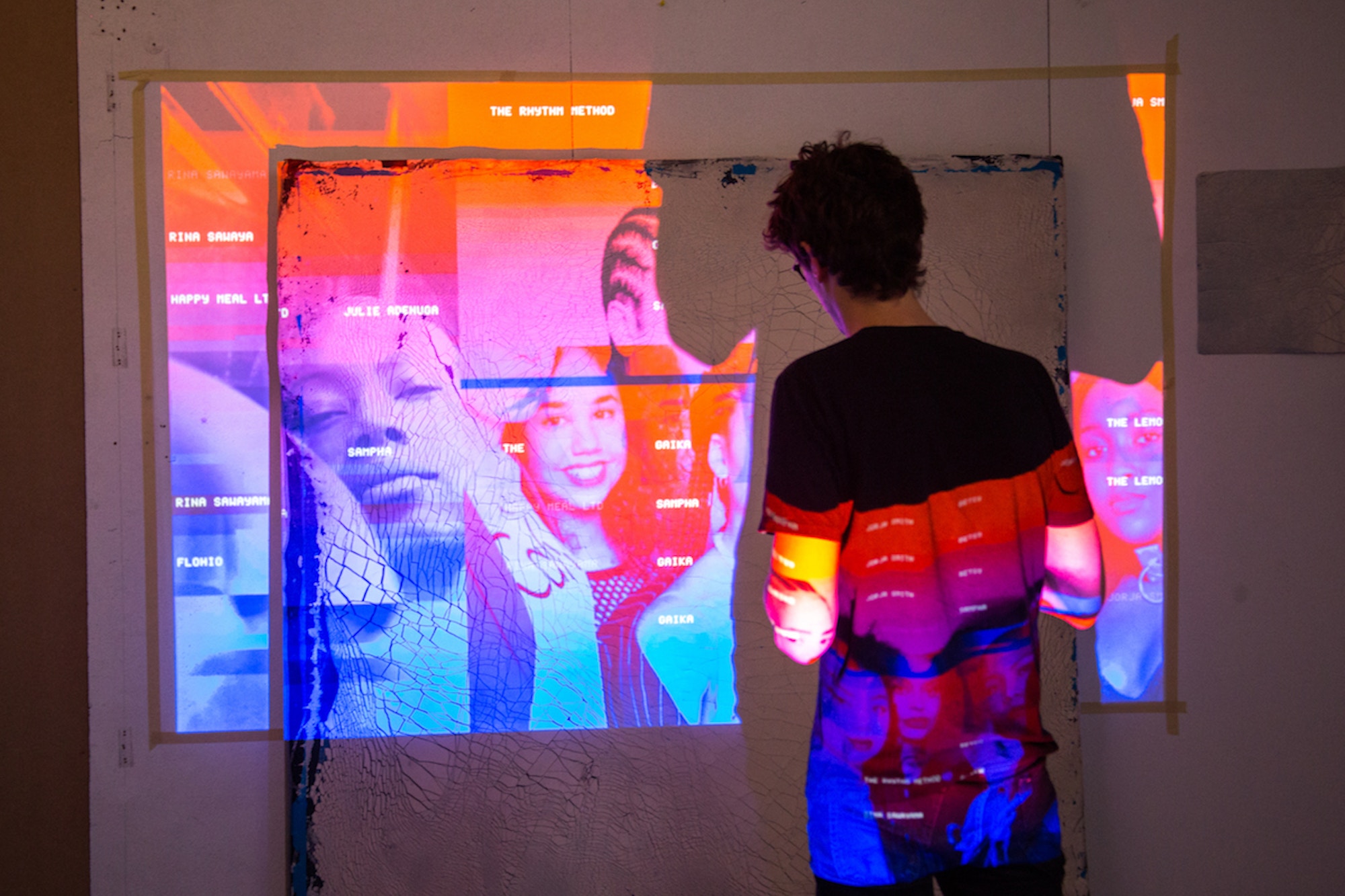 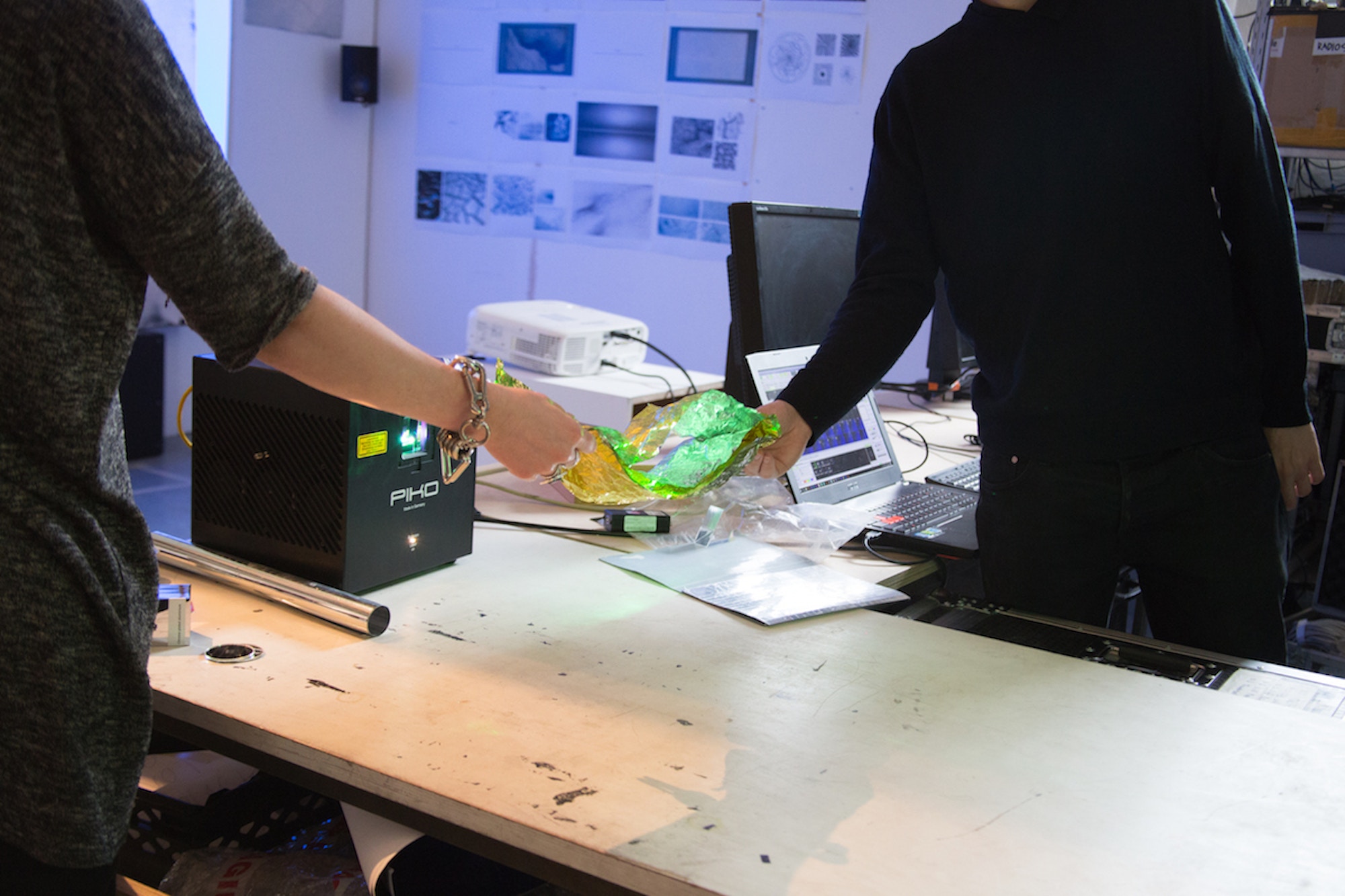 Projection testing in the studio 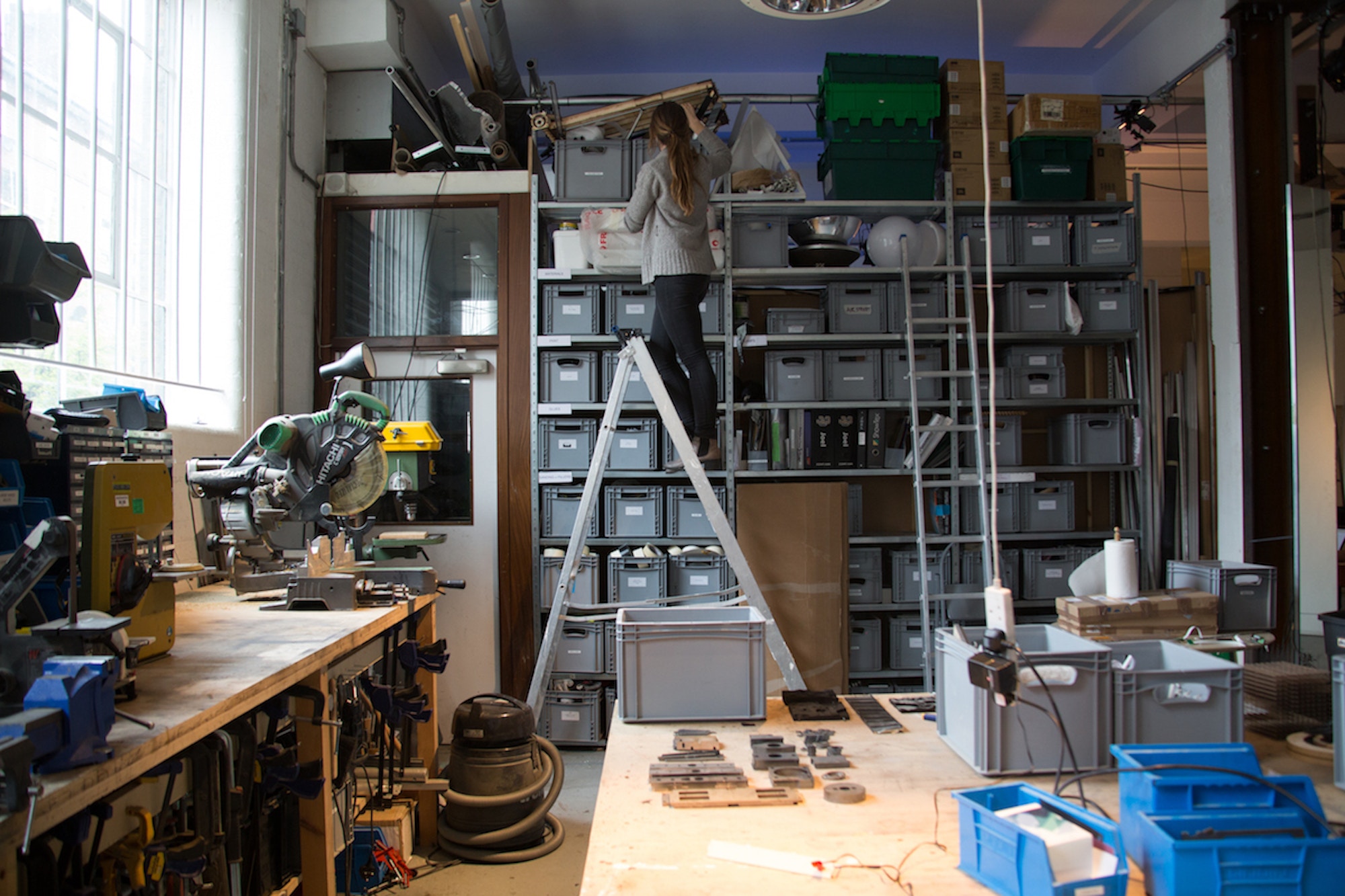 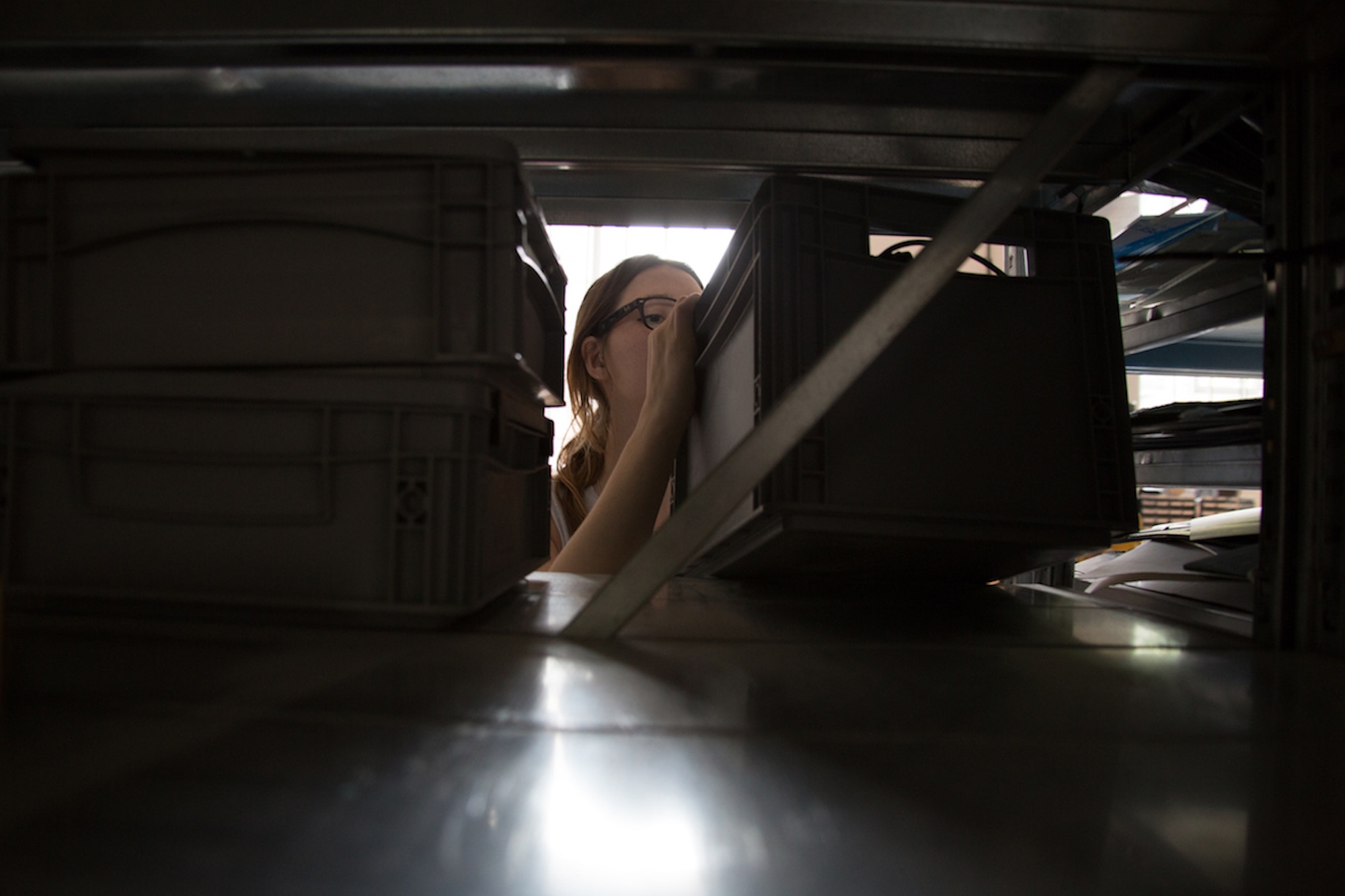 We’ve always been based in the south of London, which means having more space for less money. The studio started out in Brixton, then moved to London Bridge and since then we’ve stayed in the area. The area used to be pretty quiet with not much going on culturally, but it’s grown so much over the last few years – with the White Cube gallery in Bermondsey and the Tate Modern, which changed the whole area. Now you have pop-up theatres and studios all over the neighbourhood.

We moved into our current space in 2008 and it’s the biggest yet. It’s ideal for what we need as we’re able to combine design and experimentation here. We can focus on design problems, things we aren't able to solve on paper or screens. We have to be able to test everything, so we’ll project the lighting onto the materials we’re using within the studio. The workshop space has different areas, for example an area called ‘The Zone’, where we keep all the interaction and projection technologies to experiment with sensors and cameras. Another part of the workshop space is like a proper carpenter’s workshop with laser cutters, drills and a material library. We also have a third sister company, d3 Technologies, in the building, who specialise in software development.

“[Having recent graduates on the team] is very important for us – we are lacking that perspective now that we have so much experience.”

I guess our employee benefits are the standard ones; days are taken off for overtime, and we have training workshops with our senior team members and software sister company. All of the team also get to see our performances, and be in places they might not otherwise be able to go – we get access all areas for loads of events and meet so many great people. We have a lot of lunches together both in and outside of the studio, and we also organise a few one-day retreats, whether that be an exhibition in Eastbourne or a theme park in Blackpool. This is really important for inspiration and release.

We have music playing all the time in the studio and have a separate sound system for the studio and one for the workshop but they’re next to each other, so sometimes it conflicts! The music varies from space to space, and anyone can play whatever they like on the Airplay. It’s a very diverse range; we don’t listen to a particular kind of music, which helps with our work – I feel like listening to different things broadens your horizons.

Creative Lives from Another Space

Maximo Recio, art director at Another Space, informs his work with everything from “high-brow books to crappy TV shows”

Another Space’s technical designer Lee Sampson: “You have to get out there – it’s all about meeting people”