As a freelance production designer, Anna Rhodes transforms the imaginative world inside a director’s head into a real-life environment. From creating tropical paradises in the Mexican jungle to morphing a London apartment into a Parisian Novelle Vague haunt, Anna defines the look and feel of a set, designs the space and sources the perfect props. She didn't know much about production design at university, but a chance job choreographing a Laura Marling video put her in touch with a pro, who she went on to assist. Now her clients include Kanye West, Kylie Minogue, Agent Provocateur and iconic director Steve McQueen. 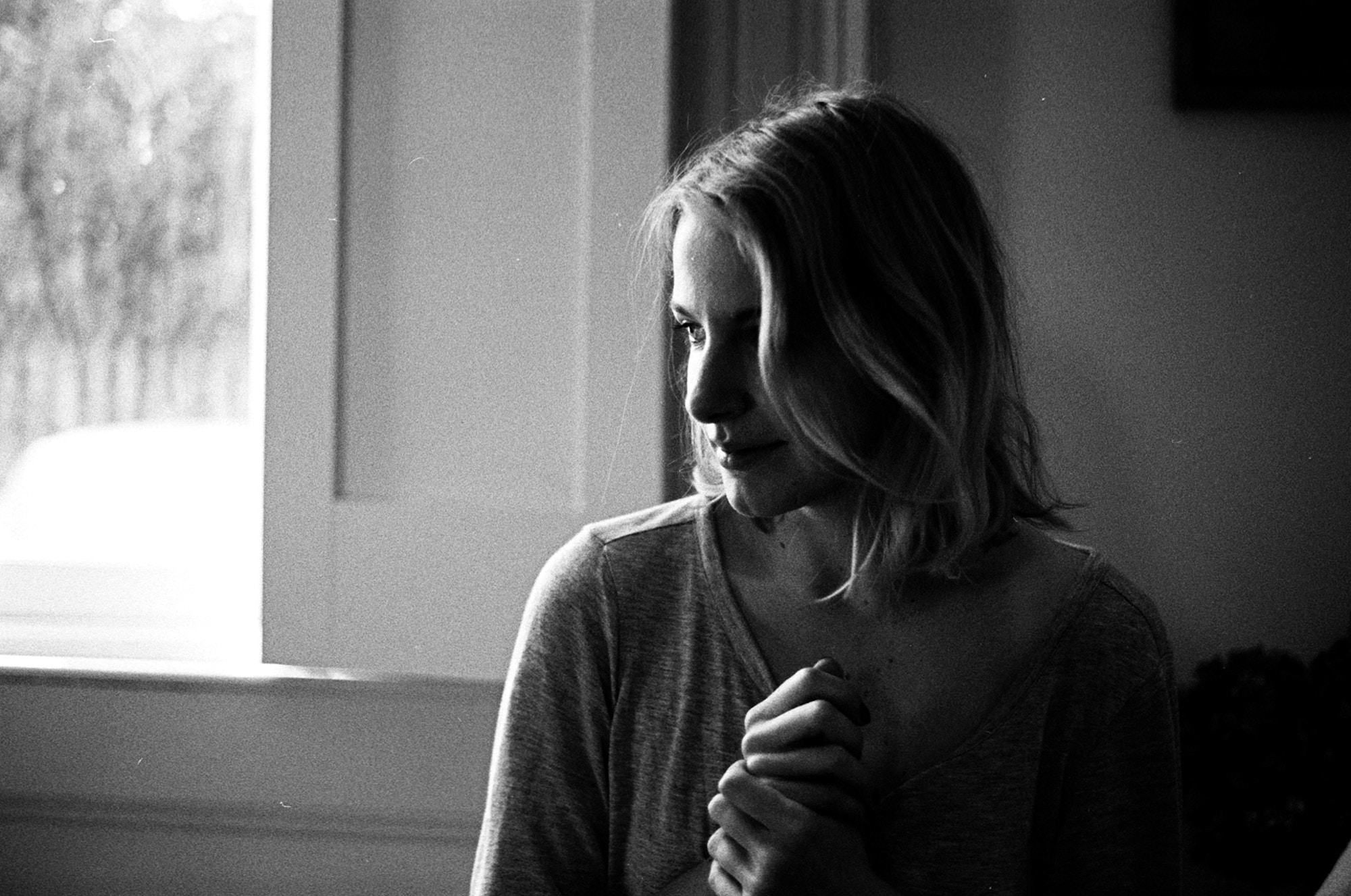 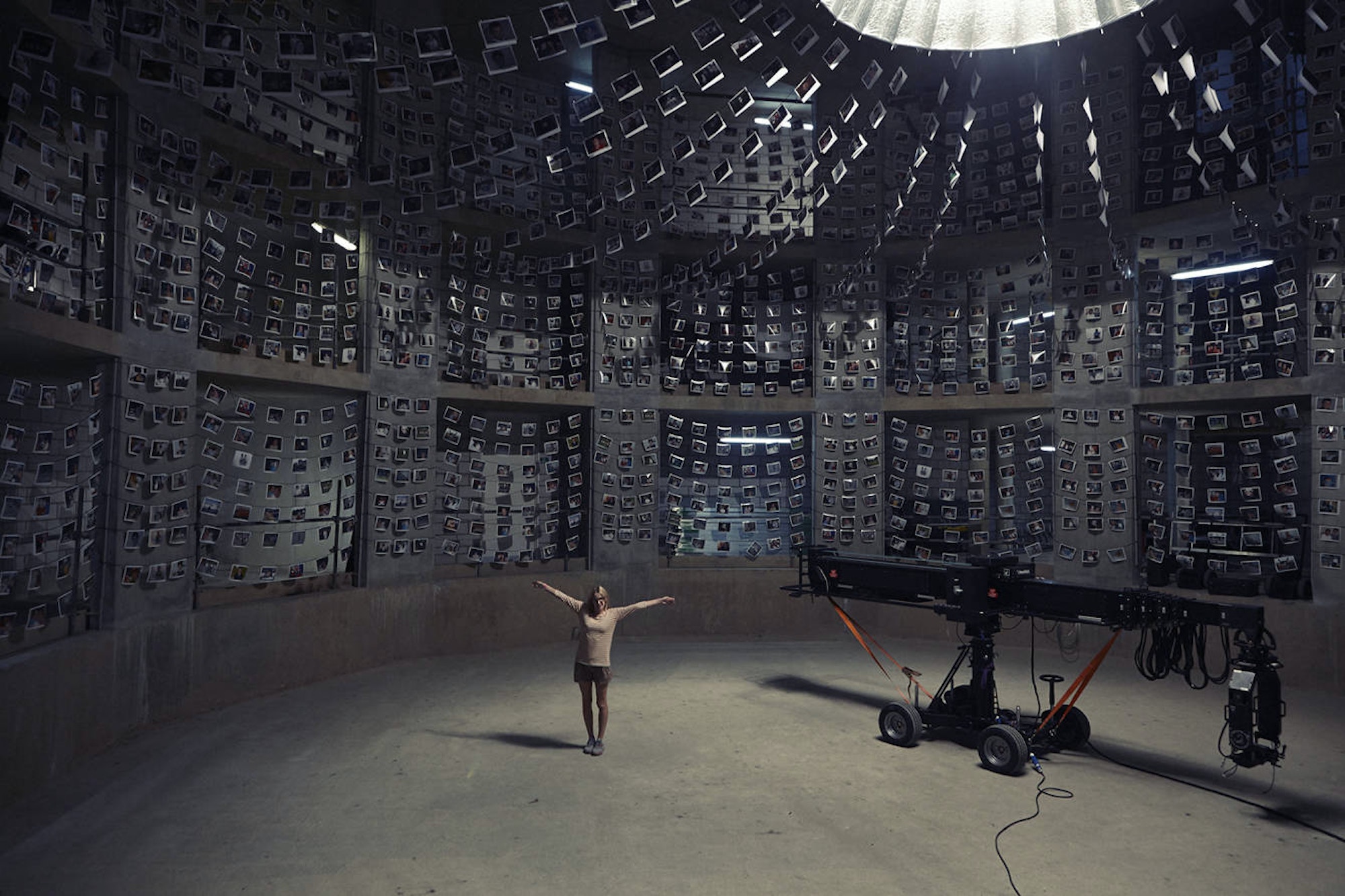 How would you describe what you do?
I usually work with production companies like Colonel Blimp, Pulse Films or Somesuch, who hire their choice of team once a director from their books has won a pitch. I read the director’s treatment and meet to discuss the overall look and feel and any key props, joining for a director’s recce to help pick locations before preparation starts. After a few days of researching, design work, budgeting and prop hunting, I put together an art department document to send to the production company for their PPM (Pre-Production Meeting), where all decisions are made. Then it’s the shoot. The last part of the job is putting together a reconciliation form, which is basically a budget.

What does a typical working day look like?
I usually spend a day or so making a mood board and amending it, and another day or two designing. Once a style has been agreed, I create a colour palette, find props and design a set. I work alongside a prop buyer as I’m very specific about all the small details. Research and design days are 9am to 6pm, but when you start to prop the job they are a bit different (prop houses open at 8.30am and close at 5.30pm). Shoot days can be very long, typically around 7.30am to 10pm. Many production designers juggle a couple of jobs at a time, but where possible I prefer to focus on one at a time so I can give it my full attention – this is just the most ‘mindful’ way for me to work.

Where does the majority of your work take place?
I work from home at the beginning of the job, travelling in and out of town for meetings with production. When it comes to design work and making, I go to my studio in De Beauvoir, which I share with my friend (and often colleague), stylist Bex Crofton-Atkins. At a later stage I’ll be at the prop houses, which are mostly based in Acton and then the location or studio.

How do projects usually come about?
I collaborate with the same directors a lot. You work so closely together during a project, when you find people who complement your aesthetic and you get on well, it’s nice to know you’ll do it again soon. I am signed to an agency called Wizzo & Co. who put me forward for jobs with directors or companies I haven’t worked with before.

How collaborative is your work?
My job is very collaborative. The director and production designer work together very closely. I always want to suggest how to push things further, so there’s a lot of back and forth. I then send designs and mood boards to a construction manager – in charge of the carpenters and painters who build my set – and a set decorator or prop buyer who will do the prop hunting. We also usually work with brilliant art department assistants. On set, a prop man (or prop person) will be your right-hand person, always with the camera ensuring all the details are taken care of. My prop man has the most brilliant kitted-out van, with every tool you can imagine and a coffee machine. Days on set can be long, so this is not to be sniffed at.

What are the most and least enjoyable aspects of your job?
It’s challenging when everyone has worked very hard to present designs and props which you feel will be perfect, only for things to change at the last minute, but the creative fluidity can be exciting. It’s useful to remember everyone is trying to do their job well, it makes changes easier to digest when they’re coming from a well thought-out place. It doesn’t get easier to see money being wasted on things which won’t get used though.

“You have to enjoy solving problems because you are often attempting to make something that’s never been done before.”

What has been the most exciting project of the last twelve months?
I have just finished a job for Lipton Ice Tea, shooting in Mexico for two weeks with Fred Rowson at Colonel Blimp. We created a luscious jungle in front of a beautiful waterfall in Vera Cruz, which involved lots of plants and redirecting pools of water. The second location was a large set build on a roof-top location in Mexico City, where we added alternative flooring and walls to make it look like a bar with a huge party. I’m currently working on another job for Colonel Blimp, this time with Tom Kingsley. We’re filming some idents for Boursin and Film4 which should be really fun. This time I’m transforming a Victorian terrace in Tooting, London, into a Nouvelle Vague Parisian apartment. I also really loved working with the director George Belfield on a film for Agent Provocateur with Juno Temple. It was a large set build on a very tight turnaround but we managed it, and I’m incredibly proud of the result.

What skills are essential to your job?
Good taste, organisation, logistics, being good with money, time management, spatial awareness, being easy-going and having an eye for detail, composition and colour.

What tools do you use most for your work?
My Car, iPhone, MacBook Pro, Photoshop, Illustrator, Indesign. I have a Kaweco pen and pencil and I’m a big fan of a large notebook (I like to make initial pencil drawings with coloured pencils). On a recce you’ll often see me with a clipboard. On set I have a tape measure and scalpel.

‘All For You’ by Net-a-Porter, Directed by Us (production company: Academy Films), 2015

What did you want to be growing up?
I desperately wanted to be a presenter on Changing Rooms, an actress, a geologist or Anneka Rice.

How (if at all) is the subject you studied useful to your current role?
I did BA Graphic Design Communication at Chelsea. The course was great as it was so broad, and essentially I tailored it to my skills and learnt how to art direct. For my final project I made a giant fibreglass giraffe that you could ride on for 20p.

What were your first jobs?
I won a student D&AD award that was sponsored by MTV when I was at Chelsea. I had done a few internships in the summer after I graduated, then contacted MTV to see if there might be work there for me. I went in as a freelance junior graphic designer – I hadn’t quite figured out that the production designer role even existed. There were a few young music video directors masquerading as graphic designers or in-house producers or directors, people like James Copeman, Dan Sully and Chris Sweeney. I got on set by helping James out, weirdly choreographing a dance routine for the Mystery Jets and Laura Marling for their Young Love video. I was drawn to the set and props and the producer said I should start assisting a production designer called James Hatt, so I did.

Was there an early project you worked on that helped your development?
I think the Net-a-Porter job I did for Us in 2015 was a step up for me. It involved developing really big and varied set designs, building and shooting in Romania without my usual crew. I loved the whole process and I’m really proud of the work we did.

What skills have you learnt along the way?
How to be diplomatic. That’s an important one. I think the time you are given to produce a job has become shorter, so we’ve needed to find ways to cut time logistically. I’ve learnt how to manage a job and how to apply personal dogma to each job I do, so the whole thing has its very own look.

What’s been your biggest challenge?
Every job is a challenge and presents a new set of problems. You have to enjoy solving problems because you are often attempting to make something that’s never been done before. I’ve learnt that the better prepared you are, the smoother things will run. 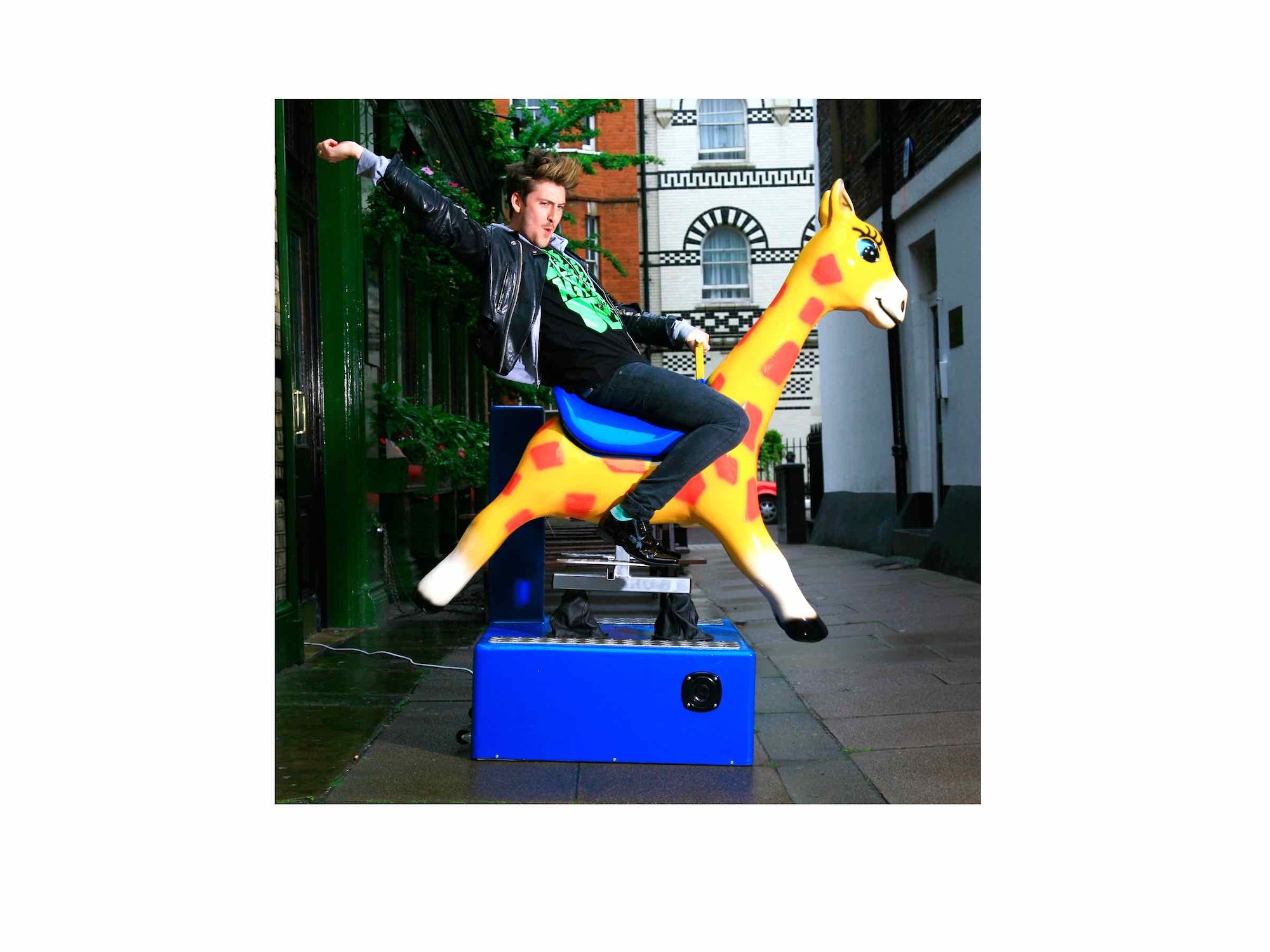 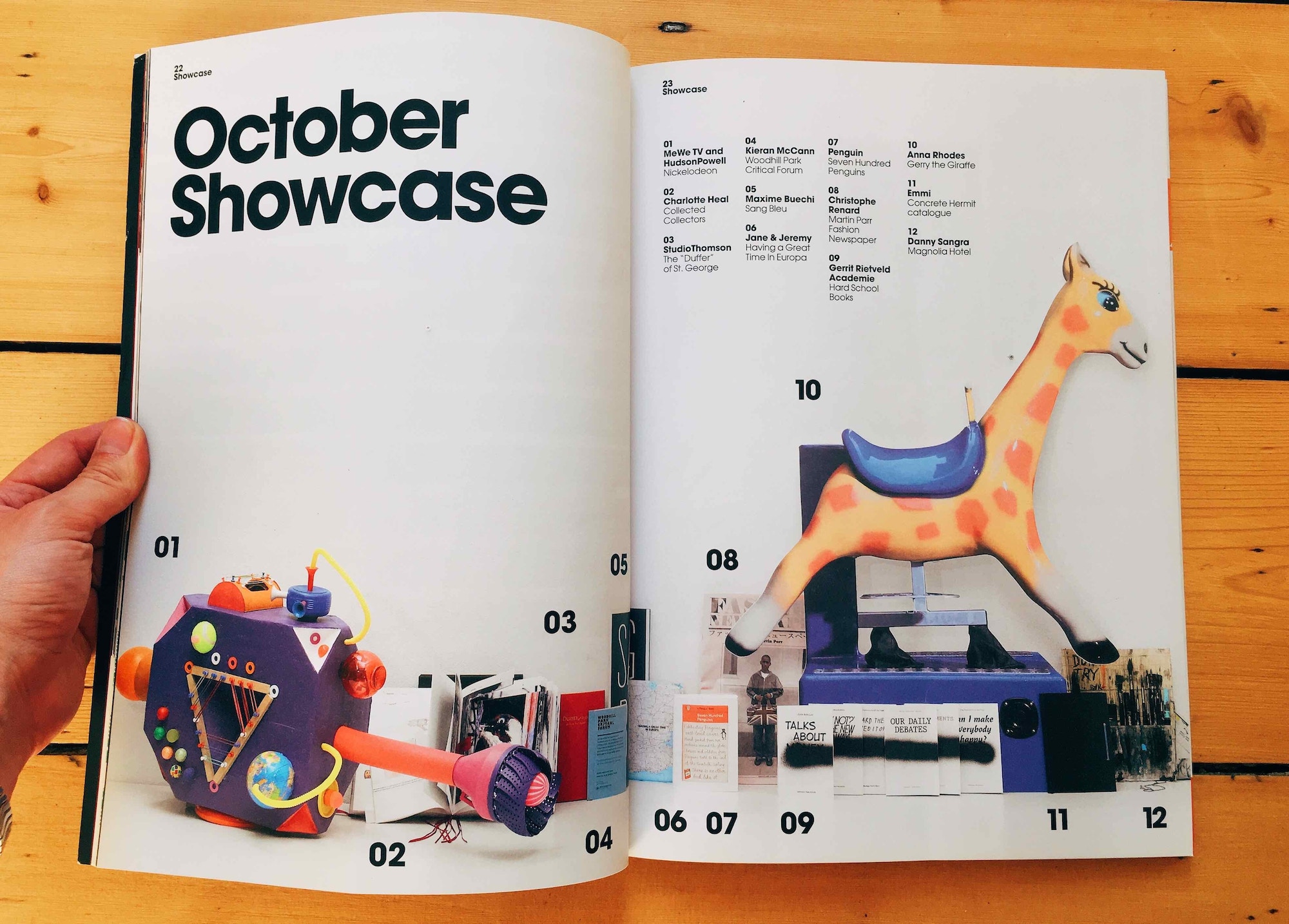 What would you like to do next?
I would like to carry on being selective with the jobs I take and teach alongside my career – something I’m passionate about. I would like to develop my side project referencebank [an Instagram feed of inspiration curated by a different creative each week] into something bigger one day.

Could you do this job forever?
I could, it depends how I feel. You know when it’s time to make a change, and it’s definitely not time yet.

What do you feel is the natural career progression for someone in your current position?
Often production designers are on a career trajectory straight into feature films, but I came to the decision a while back that that it wasn’t for me. I see myself becoming more interested in interior styling and design, and do projects alongside film work.

What advice would you give to a young creative wanting to become a production designer?
Be a really good assistant, prove yourself invaluable and save up to buy a car.