Advice — Transmit Your Beacon! Illustrator Allison Filice on helping others find you

These days, we’re more connected than ever before. Which, in theory, means that the chances of a potential collaborator, commissioner or employer stumbling across your work online are significantly higher. But there’s a certain amount of work needed to help them find you. Just ask Allison Filice. Earlier this year, the San Francisco-based illustrator – whose clients include The New York Times, The New Yorker and Bandcamp took to Medium to pen her own advice on the topic. Here, we’re re-sharing her brilliant thoughts on the importance of ‘transmitting your beacon’ as a creative.

Getting started
As a creative, it’s important to share your work in order to build your professional career. In theory it’s easy to do, but when you’re first starting out (or at any point in your career, really), there’s a lot that can get in the way of doing just that. Self doubt, perfectionism, comparison, the fear of rejection, or just never feeling quite ready are all reasons that quickly come to mind. In fact, they’re all excuses I’ve used in the past to not share my work. There’s never a shortage of excuses, but if you want to turn your passion into a profession, then the reality is you’re going to need to share your work. And there’s no time like the present.

What’s a beacon?
Your beacon is the touch points you send out into the word so that people can find you. You have a unique message to share with the world, but if you don’t have a beacon, how will people know about you? Your beacon is your illustrations, your photos, your blog posts, your podcasts, your poems – whatever it is you’re creatively pursuing.

It’s important to send that beacon out into the world, or the world wide web, so that the right people can stumble upon it. The more beacons you send out, the more opportunity you create for connections with clients who want to hire you, customers who want to buy from you, and other creatives to interact with.

“It’s important to send that beacon out into world wide web, so that the right people can stumble upon it.”

Make your presence known
It’s an easy misconception to think that once you start making stuff, the right jobs will magically come knocking on your door. And hey, sometimes they do. But for the most part when you’re starting out, your presence in the industry isn’t yet known. You have to become your own marketing and PR person.

You have to take steps to make yourself visible by putting your work out there – whether you’re emailing potential clients examples of your work, posting it on social media, creating a profile on a freelancing website, or one of the other plethora of options out there. So many creatives get frustrated that clients aren’t reaching out to them, but have they really reached out to that many people? Have they been sharing their work on a consistent basis?

The slow build
It’s a numbers game, and at first you have to send a lot of beacons into the unknown to get a bite. Sometimes it can feel like they’re going straight into the abyss, never to be heard from again. Don’t take it personally, all creatives go through this in the beginning. I sent dozens of emails with examples of my illustration work to art directors over a period of months before I got my first commission. But the magic is, the first project leads to the next, which leads to the next, and so on. Until eventually the project requests start coming into your inbox on the regular.

This works best when you’re sharing your work in more than just one spot. I was cold emailing art directors, I was posting my illustrations on Instagram and Facebook, I was following art directors on Instagram in hopes they would see my work and maybe follow me back, I had an updated portfolio site showcasing my work that I always linked to, I had a profile on a freelancing website, I had a LinkedIn profile, and I was applying to tonnes of freelance gigs. The work you get at first might not be your dream project, but it’ll eventually lead to that. The sooner you show your work to the world, the sooner you can start the career building process. 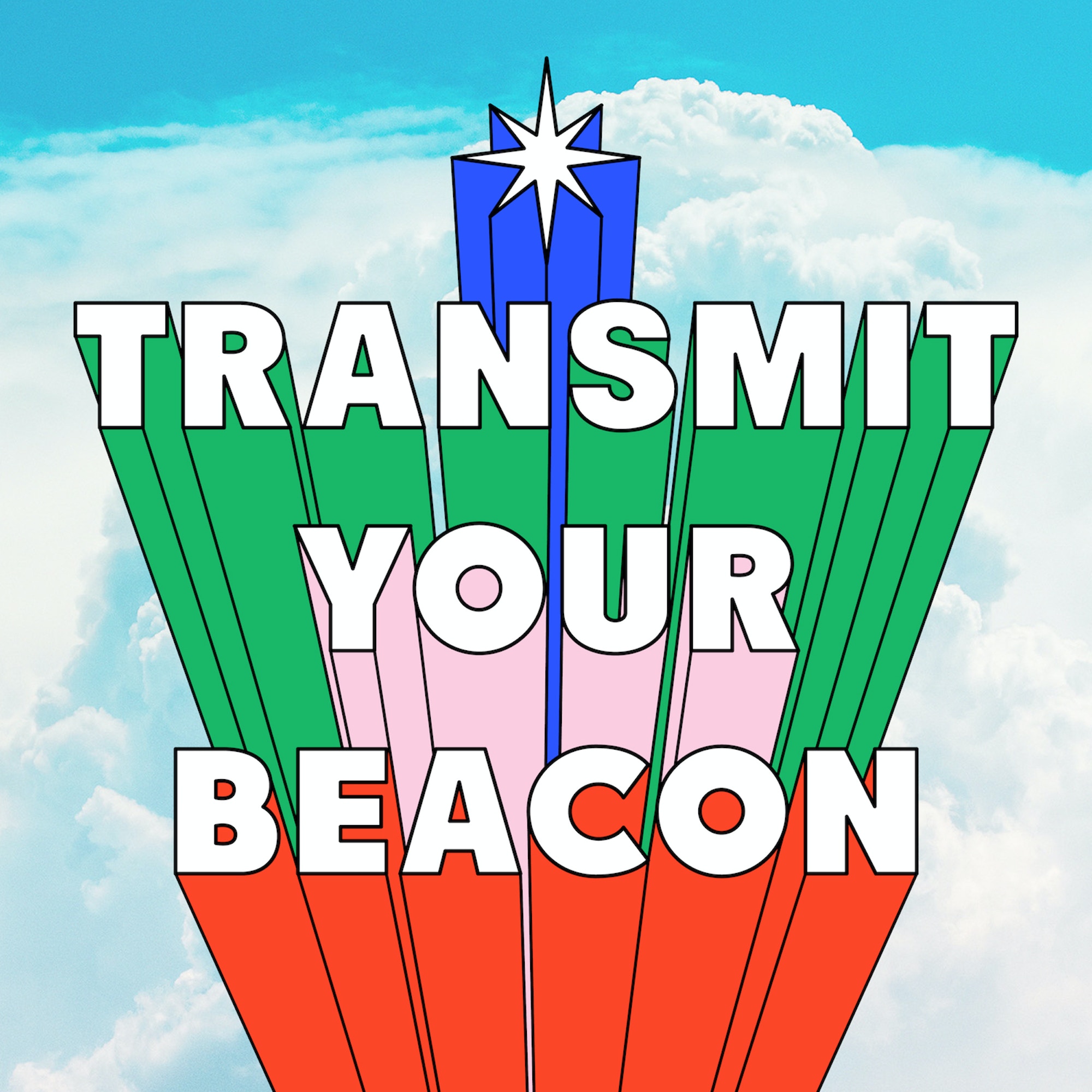 What’s your message?
Your beacon will shine brightest and be most magnetic when your work is tapping into your unique message; when it’s a reflection of you, and how you see the world. There are a lot of creatives out there, but none exactly like you. What makes you different? Are you making work that’s a reflection of you, or are you making things that you think are popular or trendy?

When we make things that are so general they appeal to everyone, they’re easy to forget. It’s when we make things from a place of resonance within ourselves, even something quite specific, we end up making something that people can connect with and remember. There’s a wonderful James Joyce quote that goes “In the specific is contained the universal”, meaning that it’s often the specific details about our lives that people connect with. It helps people feel seen and not alone, and that’s the beauty of art.

“Your beacon will shine brightest and be most magnetic when your work is a reflection of you.”

If you’re unsure of what your message is, take some time to explore yourself and gain clarity. Follow the things that bring you joy and intrigue. That could be reading or writing poetry, listening to jazz, watching science fiction films, learning about psychology or philosophy, reading biographies of people you admire, going for hikes, making your own pasta, or anything else that lights you up and gets you feeling like you’re in the flow. There’s a reason why you’re interested in that thing, so follow the breadcrumb trail and see where it goes.

Then begin making personal work that stems from these explorations. You’ll start to combine some unique aspects of yourself, a blend of your creative skill and your interests, that will come from deep within you and really help make your work shine. Then share what you’ve created. I filled my portfolio with personal work before I had any client work to show, and it not only helped me get jobs, but it also helped me grow as a person and gain confidence as an illustrator. 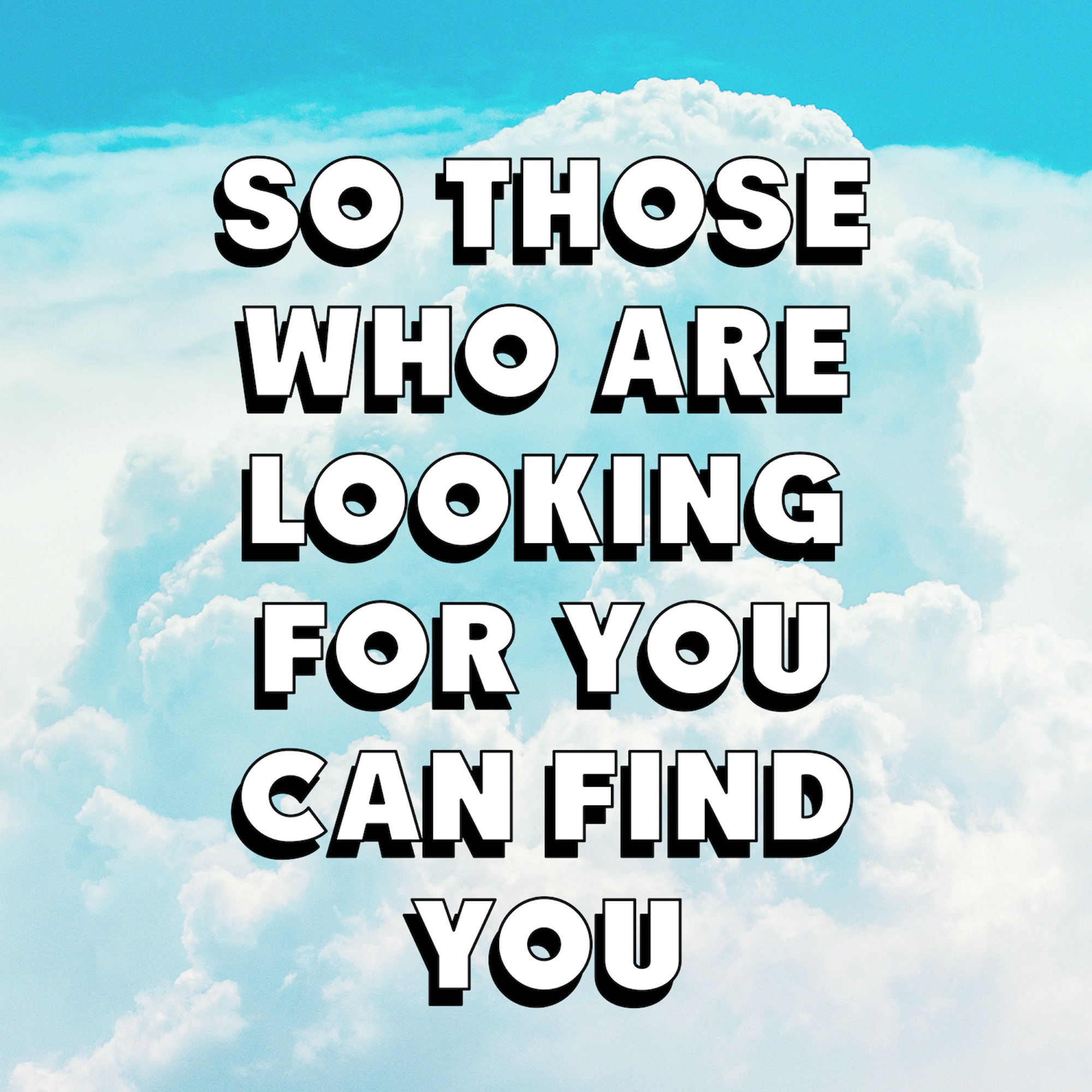 You have to start somewhere
You’re ready to start sharing your work before you think you’re ready. It’s okay to start sharing it even if it isn’t quite ‘there’ yet. In fact, the only way you’re going to get better is by making more work. In order for your work to evolve and to align more with your message, you need to get it out of you. It can’t just be swirling and looping in your mind.

You’ll need to get comfortable with the idea that you might look back in a year or two and cringe at the work you’re making now. That just means you’re growing, and that’s great! Keep making work and getting feedback and refining things and making more work. It’s a process that can’t be sidestepped. If you don’t do this then you’ll be stuck at step one for way longer than you want.

Where do you want to be in a year?
Envision yourself a year from now. Who are the clients you’re working with? What are the kinds of projects you’re working on? What does your work look like? How much money are you making? My hope is that you have big dreams for yourself. In order to turn those dreams into reality, you’re going to need to start putting your work out there so that others can find you and hire you. Envision the future version of yourself looking back at you and thanking you for getting started now — she’s where she is because you took action. Imagine how proud of you she is for being brave and putting yourself out there.

“You’re ready to start sharing your work before you think you’re ready.”

Growth is not always easy or painless, but the alternative is to not grow and to ignore that piece of you that knows you can do it. And that’s even more painful. The world needs the beauty you’ll create, the world needs you to let go of the doubts and limitations you’re placing on yourself. Allow your future self to guide you towards the career you want.

Your audience awaits
There are people who are looking for you. All of your clients and customers already exist in the world, and they’re waiting for your beacon. They may not know about you just yet, but they’ll know you when they see you. It’s your job to transmit your beacon so that they can find you. There are over seven billion people in the world, and you only need a tiny fraction of those people to want to hire you or buy from you in order to have a flourishing career. They’ll be there when you’re ready to start sharing.

Allow yourself some downtime! Conor Nolan on battling creative frustration

Breaking out of the ‘art school frame of mind’ with Glasgow-based illustrator, Fran Caballero