When it comes to promoting yourself as freelance illustrator, there’s no doubting the impact that Instagram can have. While some creatives see it as a shopfront to attract clients, and others use it as a visual diary, everyone has their own approach to using the social media platform. But whether you’re looking to give a glimpse into your process or simply visually document your work, it’s important to remember that there is no defined way to go about posting – for example, employing a strict grid system, theme or aesthetic might work for some, but not for all. Last month, we met illustrator and printmaker at Aleesha Nandhra at Design Manchester who spoke about her own thoughts on Instagram. Based in London, and working for clients like Google, the Barbican, Film 4 and Buzzfeed, she’s had a hand in everything from products to editorial and promotional work. She tells us about how she uses Instagram in her practice.

Even though it might seem overwhelming, you have to promote the crap out of yourself! Being freelance and working for yourself is hard, and it takes time. And while social media can certainly help you get work, try not to fixate of it all the time. Use it as a tool, but see it just as that. That way, I don’t think you get so anxious about it – use it when you need to use it. Here are some things to consider when thinking about it all:

Get yourself out there
Especially at the beginning, unless you’ve been signed by someone straight away, you really have to get the traction going yourself. I am my own agent, marketing and social media manager. Get yourself out there, but don’t feel pressured by it. Think about the good it has the potential to create, rather than fixating on what will happen if you don’t post something.

Take breaks from it
Even I’ve occasionally felt guilty of feeling anxious that I’ve not worked on anything. I had a really bad patch over the summer where I lacked motivation to make work. We all have points where we dry up. You need to have a break because otherwise you’ll burn out. Don’t feel guilty about that – it’s life! 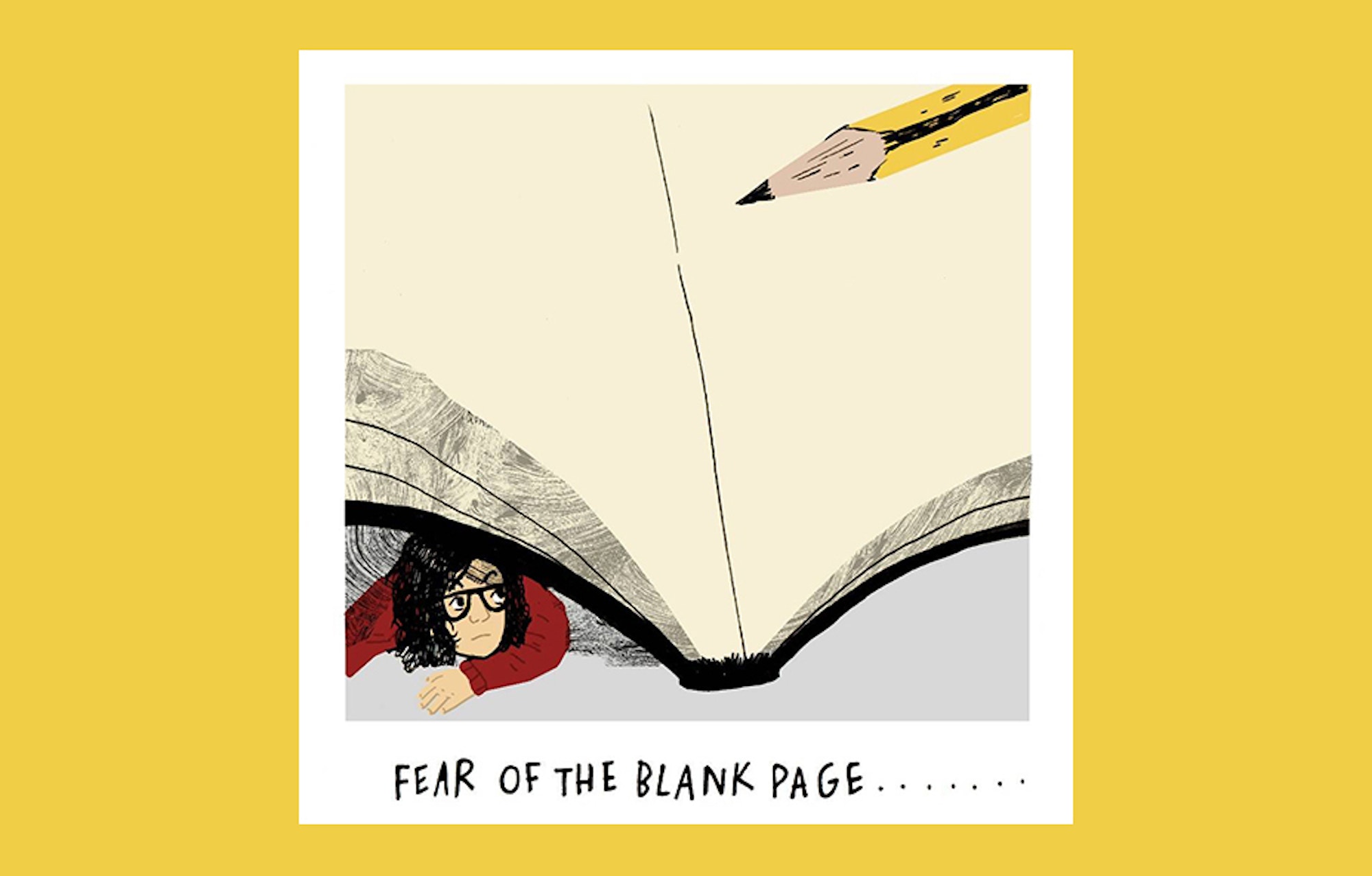 Treat it as a visual diary and stop caring so much
Personally, I try not to think about it too much, I treat my social media more like a visual diary. Others have clearer aesthetics, but I just post whatever I feel like. Sometimes that’ll be atrocious little drawings, but I find them funny, so I’ll share them. There’s still a lot of ‘me’ in what I put out there. I’m also interested in looking at peoples’ processes, so I don’t just post commissioned works – I post stuff sketchbook drawings or videos of me printing.

Recently I’ve also started to make illustrations inspired by what I’m feeling at the time. I try not to think about the fact that a client might be looking at that. I just think: who cares? They’ll probably filter it out and look for what they’re looking for.

Get offline!
Sometimes, because social media can become so oversaturated, a nice way to get someone’s attention is picking up the phone, or sending post. When I graduated, I tried sending lots of different things. Initially it was decorated mailers with a few stickers and postcards of different pieces of my work that I was really happy with – almost like a mini portfolio.

People feel almost obligated to send you a response because you’ve gone to all that effort. For every 10 mailers I sent, I’d probably get one or two responses. But you just have to be consistent in the beginning.

I also try and pick up the phone to say ‘Hey, I’m available.’ Plus, if you’ve got someone on the phone, they’re actually engaged – whereas people can ignore emails. Just remember that people don’t go out of their way to be horrible and ignore you, they just get busy, so it does happen a lot. 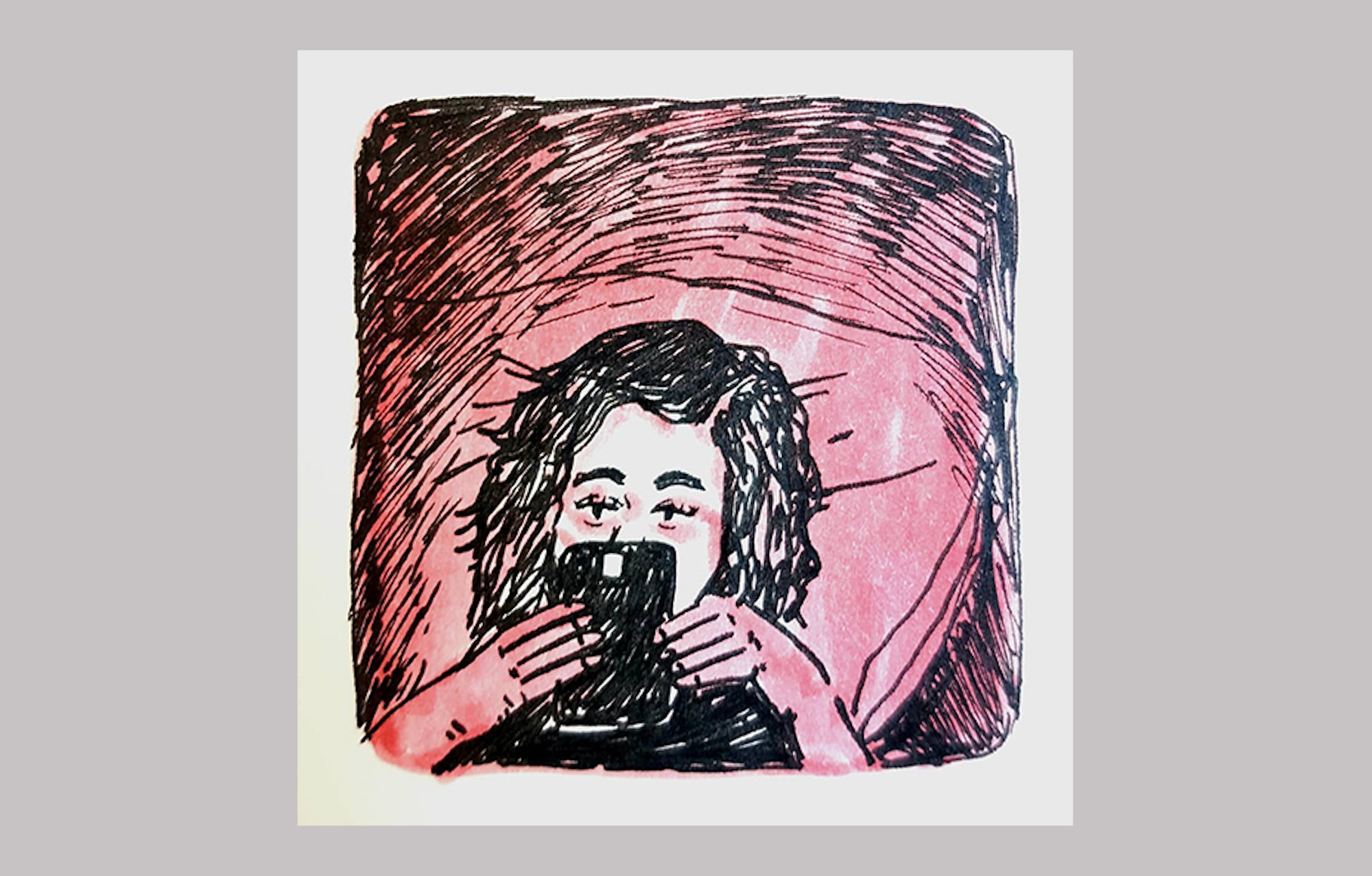 Be rational: Don’t compare yourself
On social media, you’re seeing people at their best. It’s like going on a date. But you’re not living with them. You don’t know what they’re like when they’ve had a bad day, or when they’re sick. I think it’s important to be aware that even though there are loads of creatives out there looking really slick online, they might be forcing it. And don’t get stressed that there are lots of people out there doing the same thing. You have to toot your own horn and the right thing will come along. There’s nothing worse than being a bad project match for something – it’s just as bad as not having any work.

Talent, perseverance and luck: R Fresson on the art of freelance illustration

Sign painter Chris Mackenzie-Gray is leaving his mark across England

Alien tripods and Donald Trump: Behind the scenes of Sophy Hollington’s 48-hour linocut illustration for The New Yorker